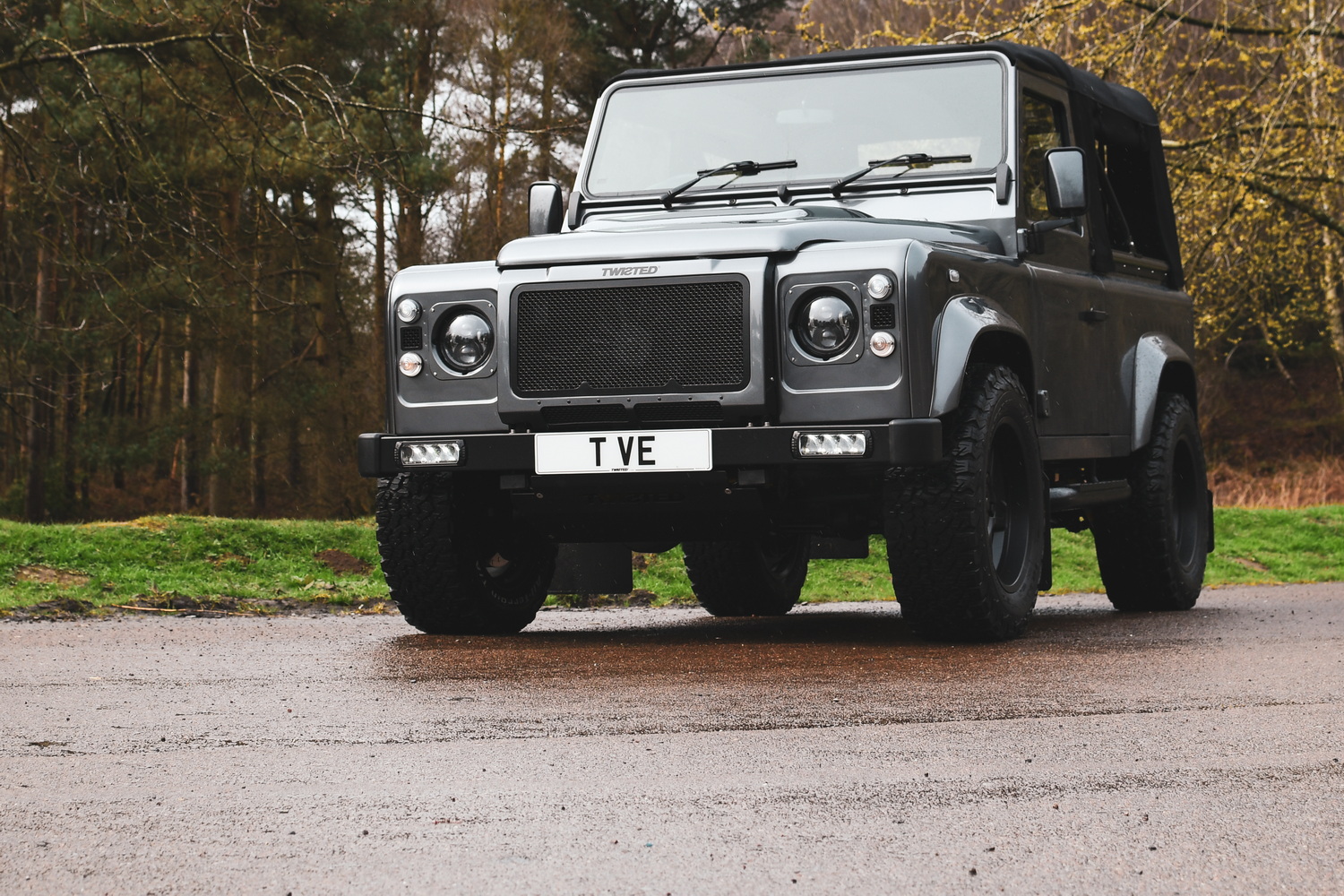 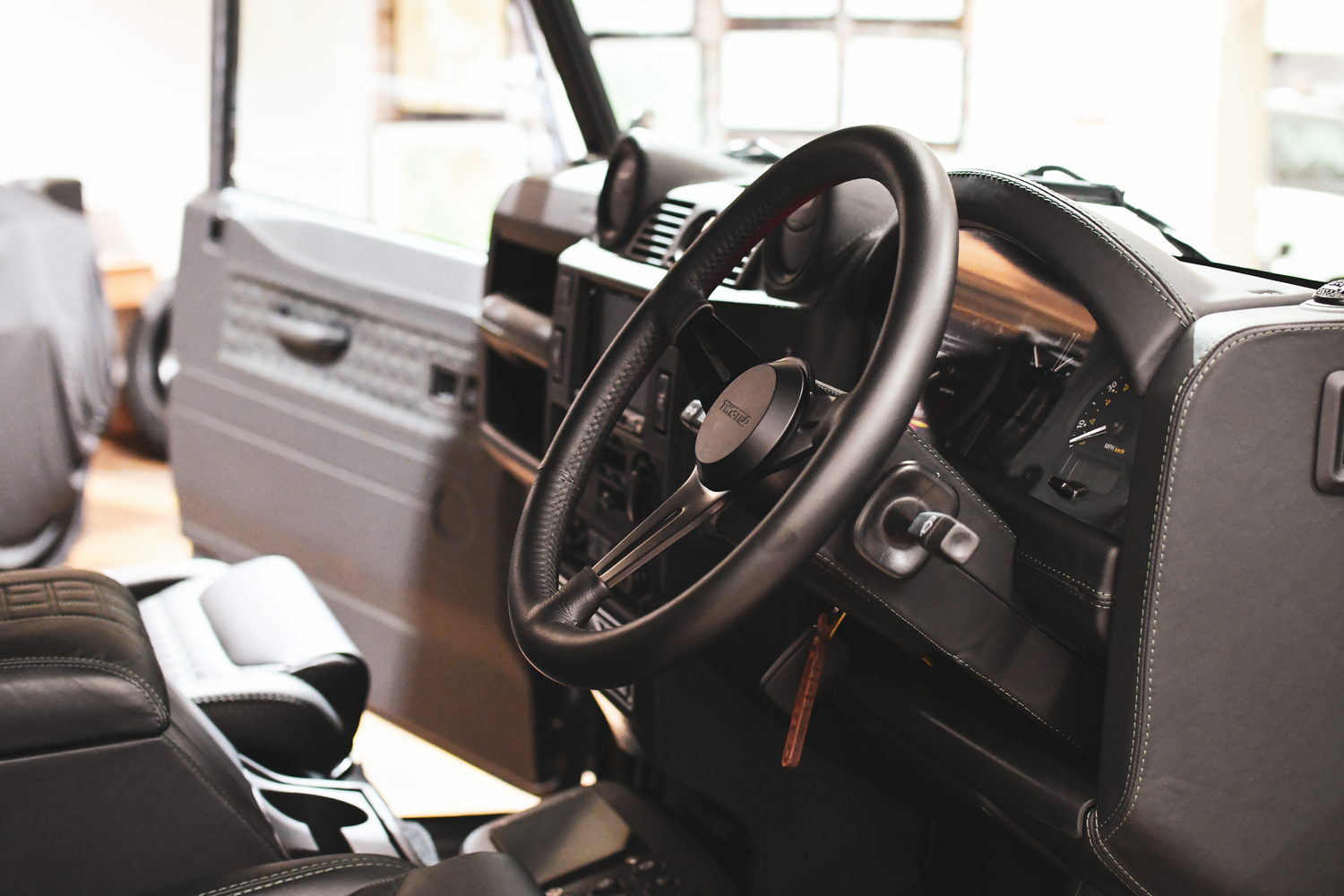 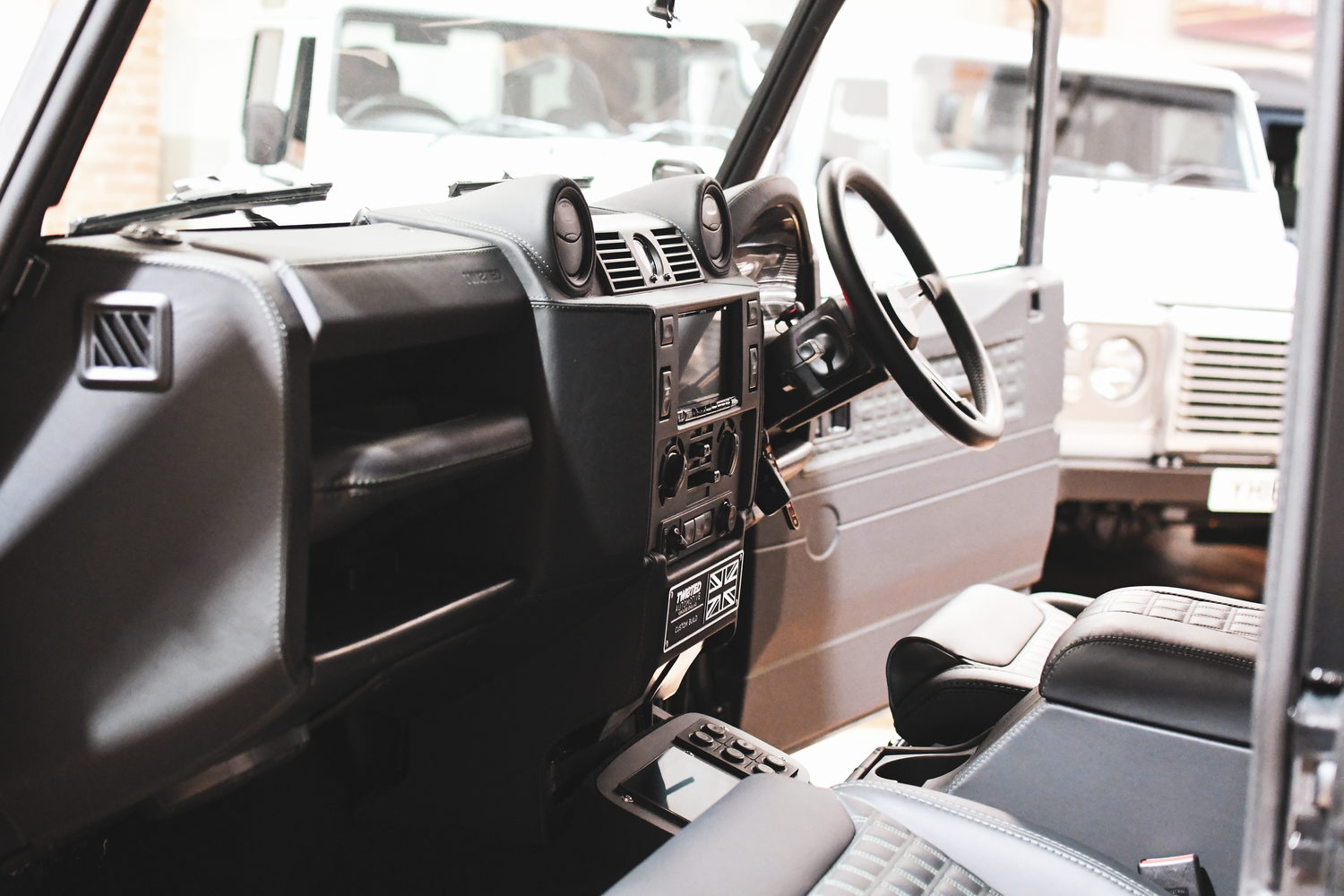 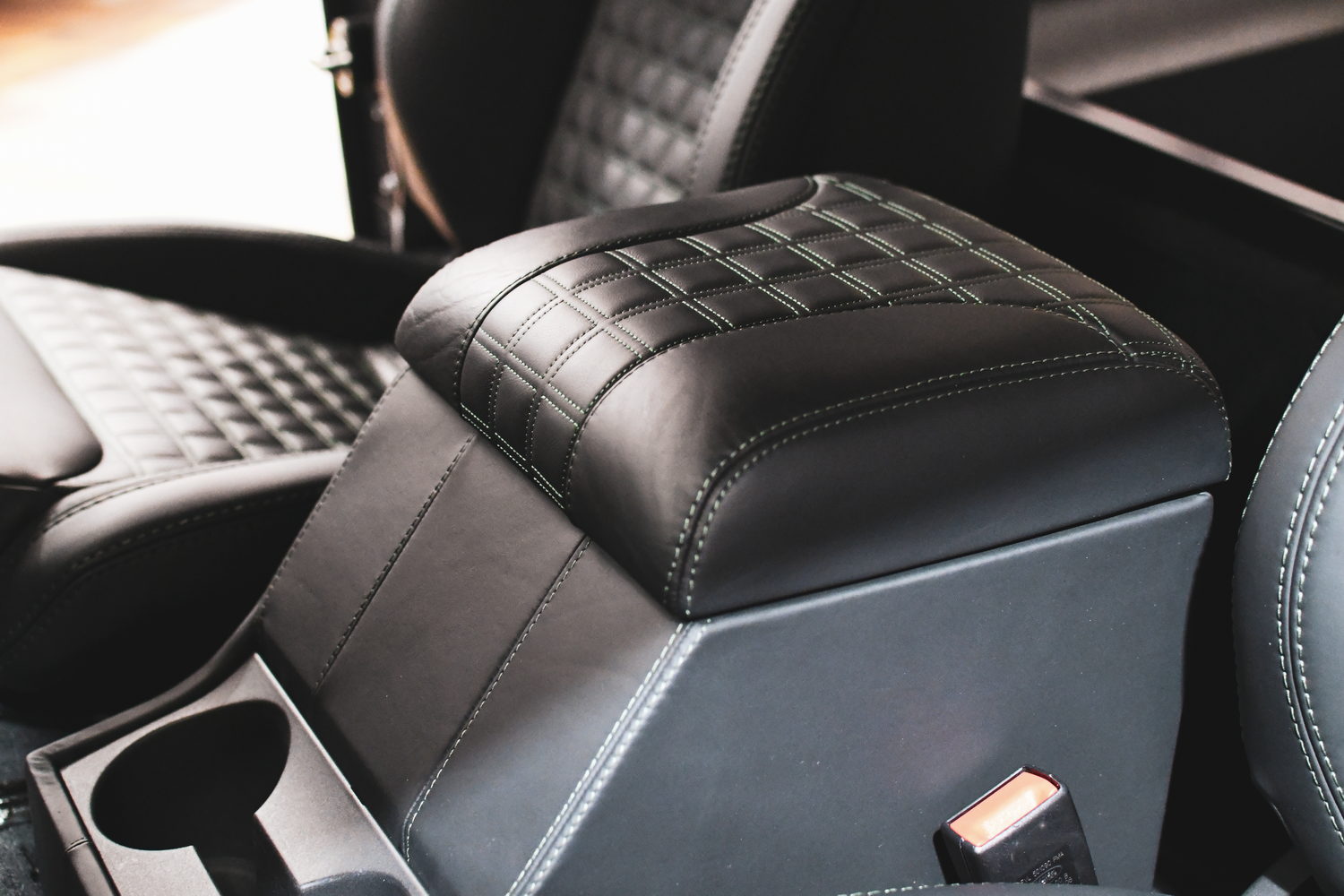 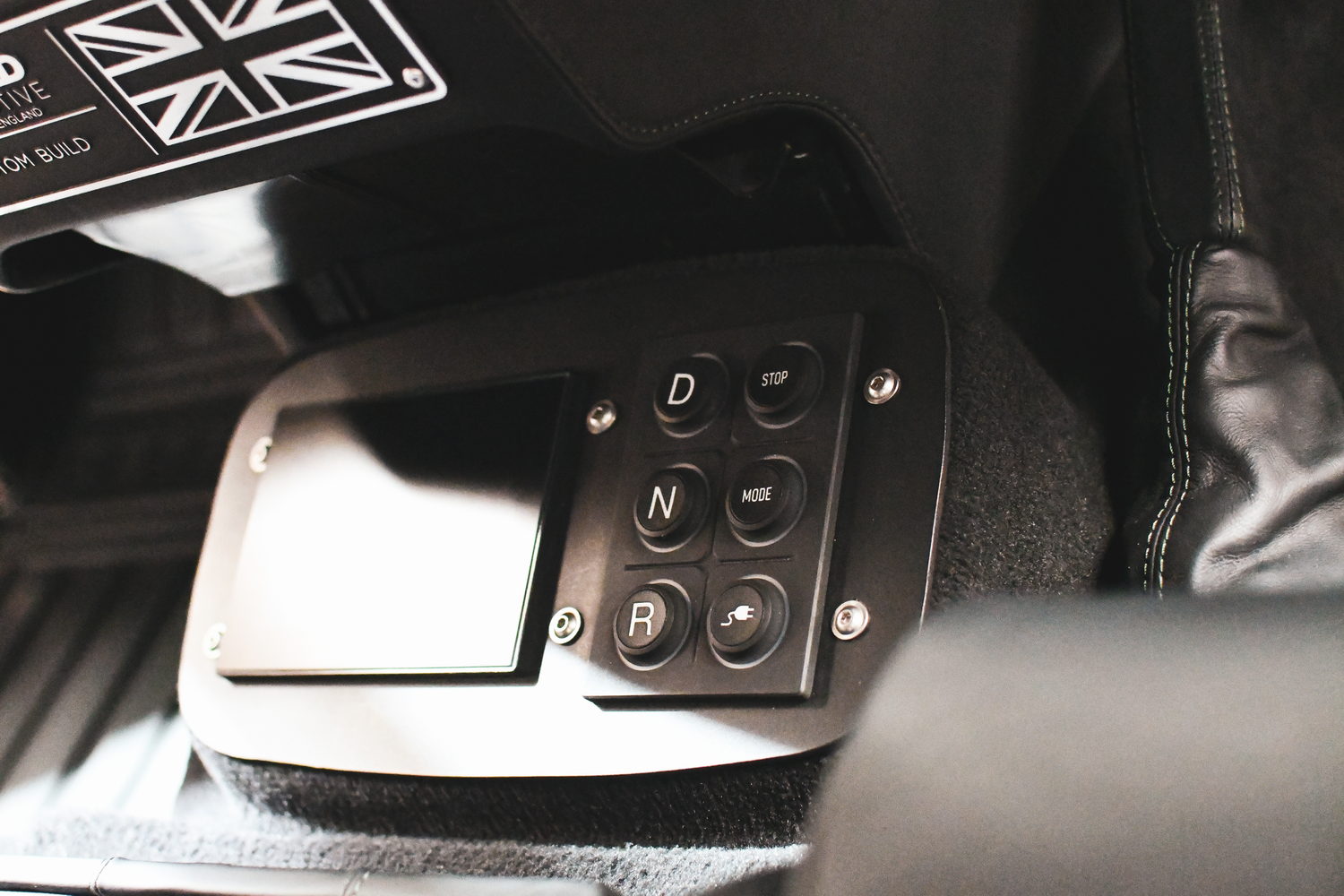 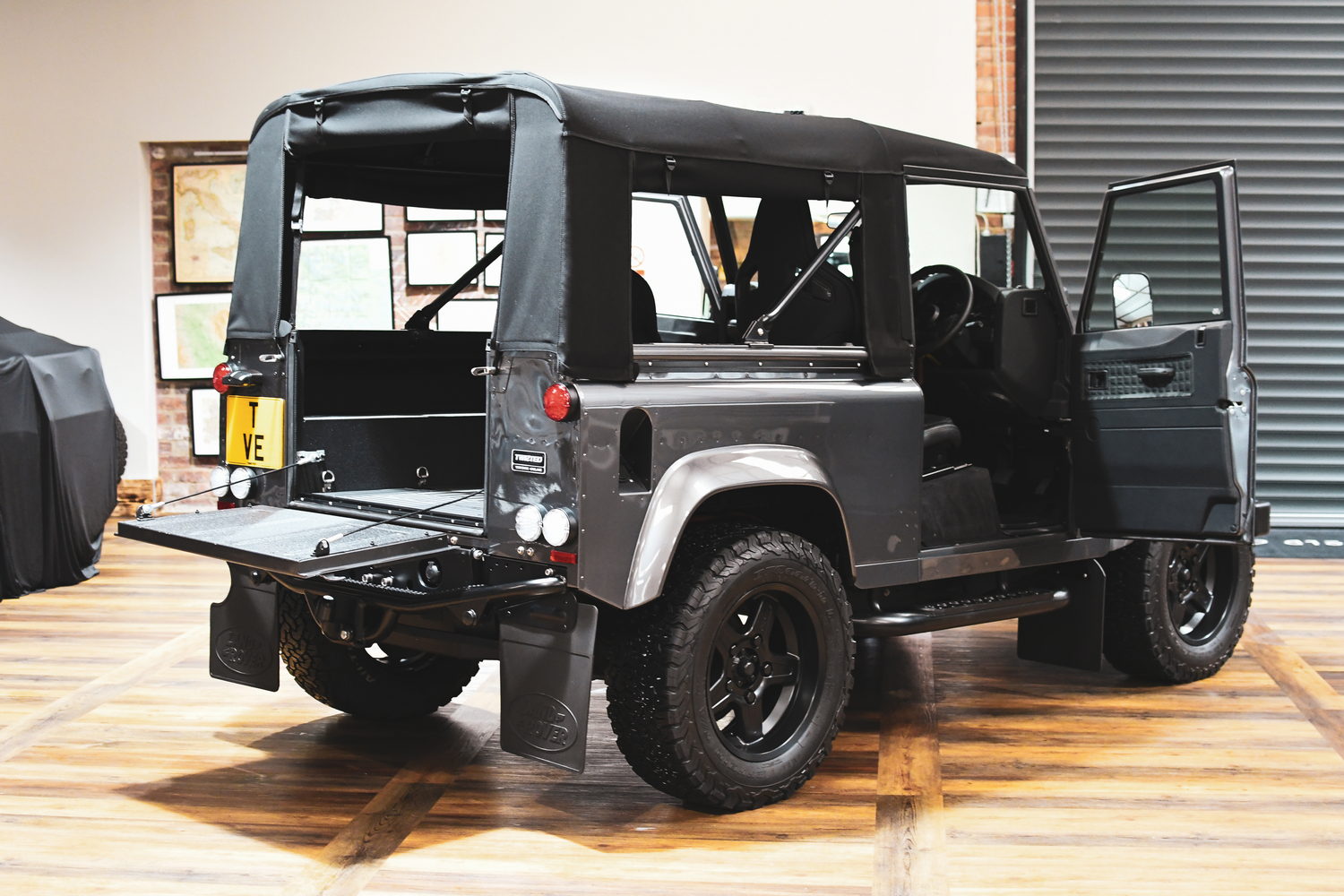 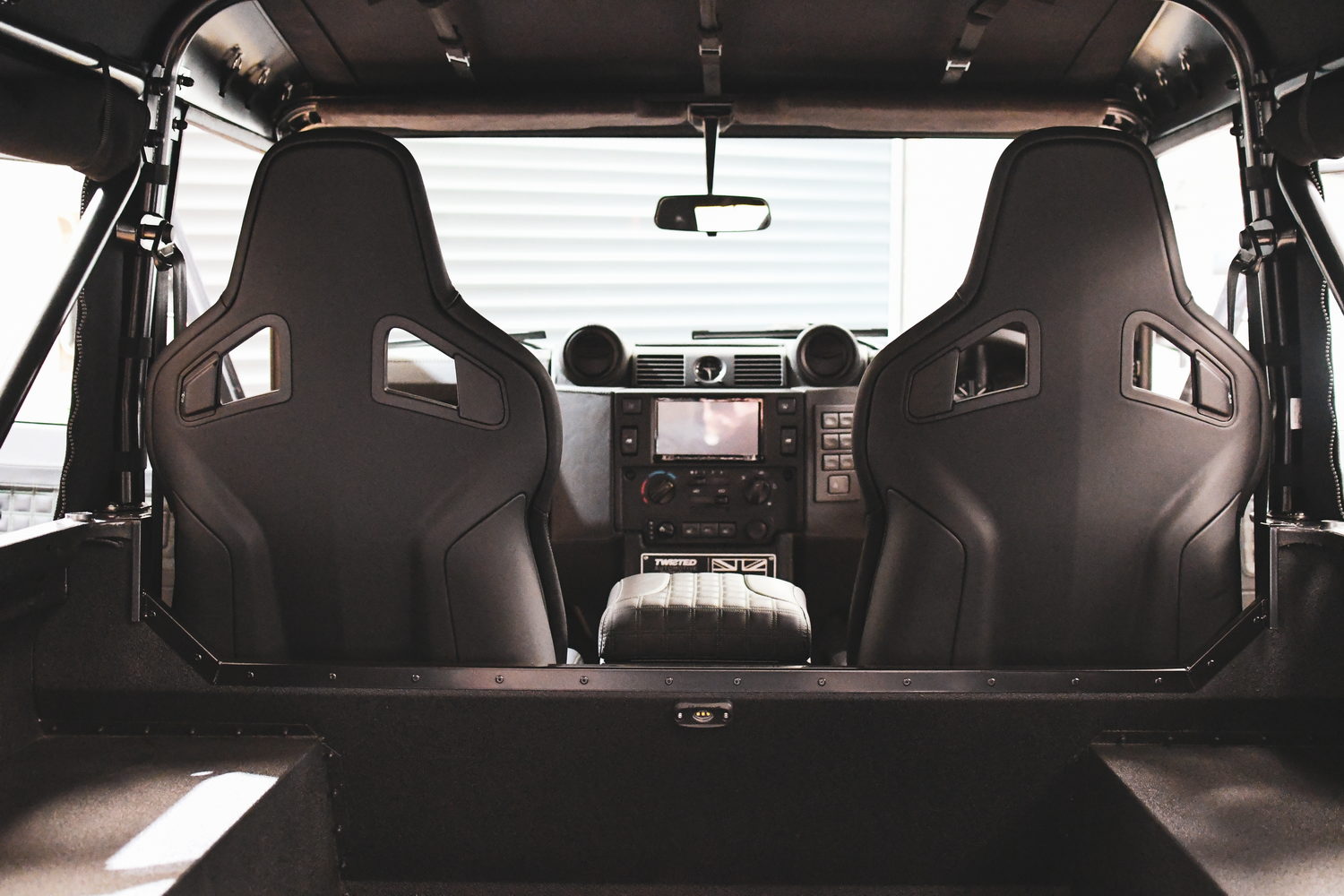 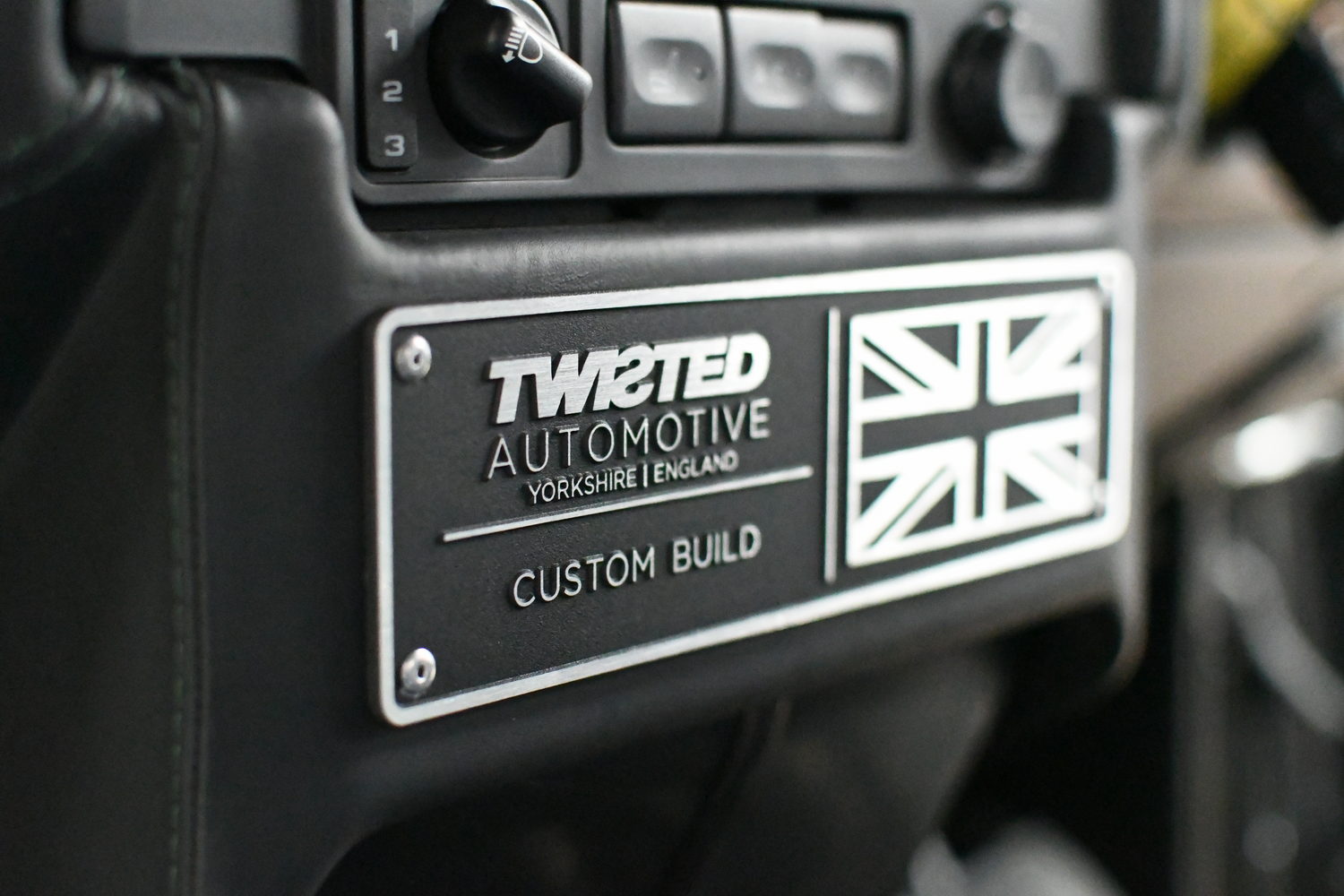 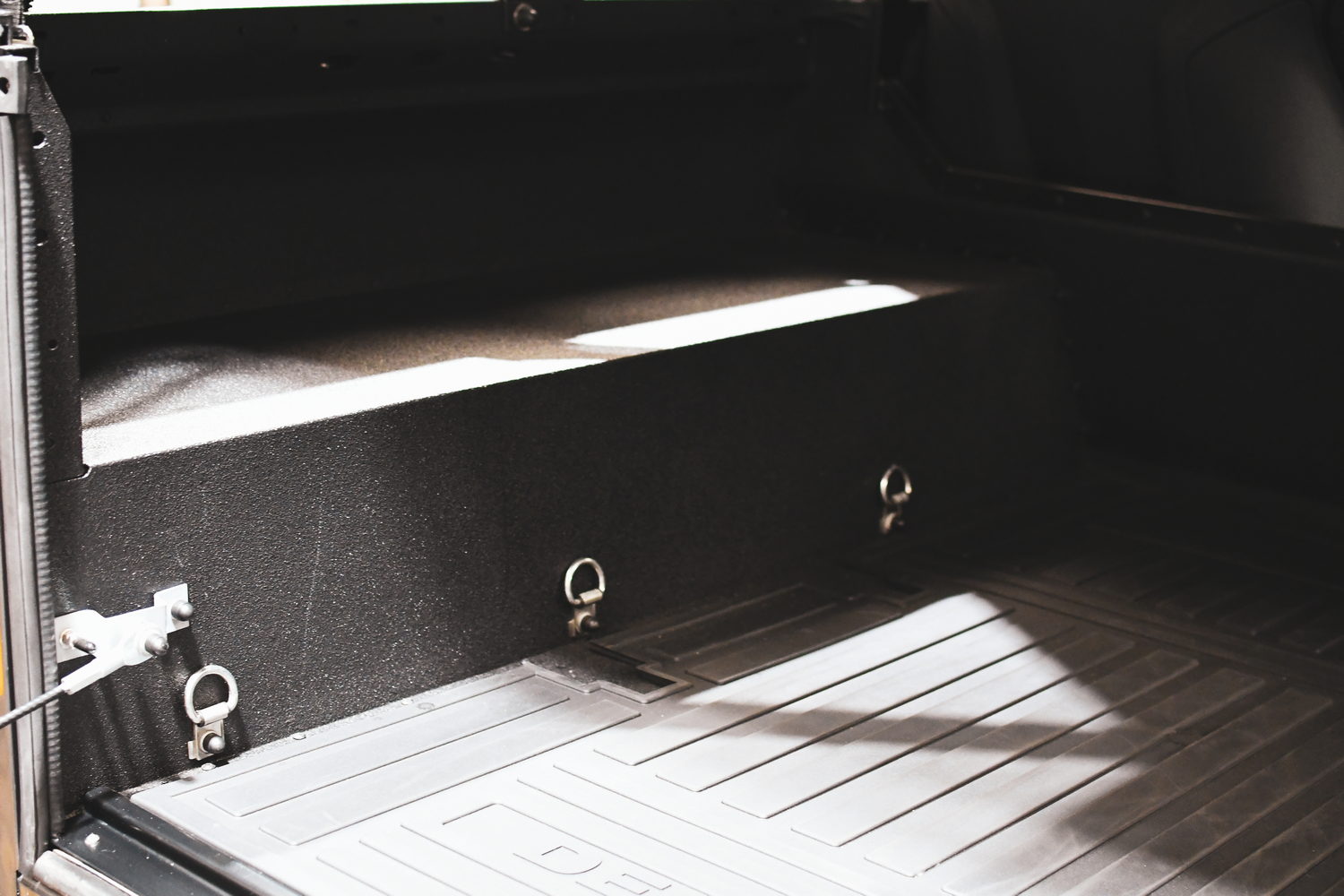 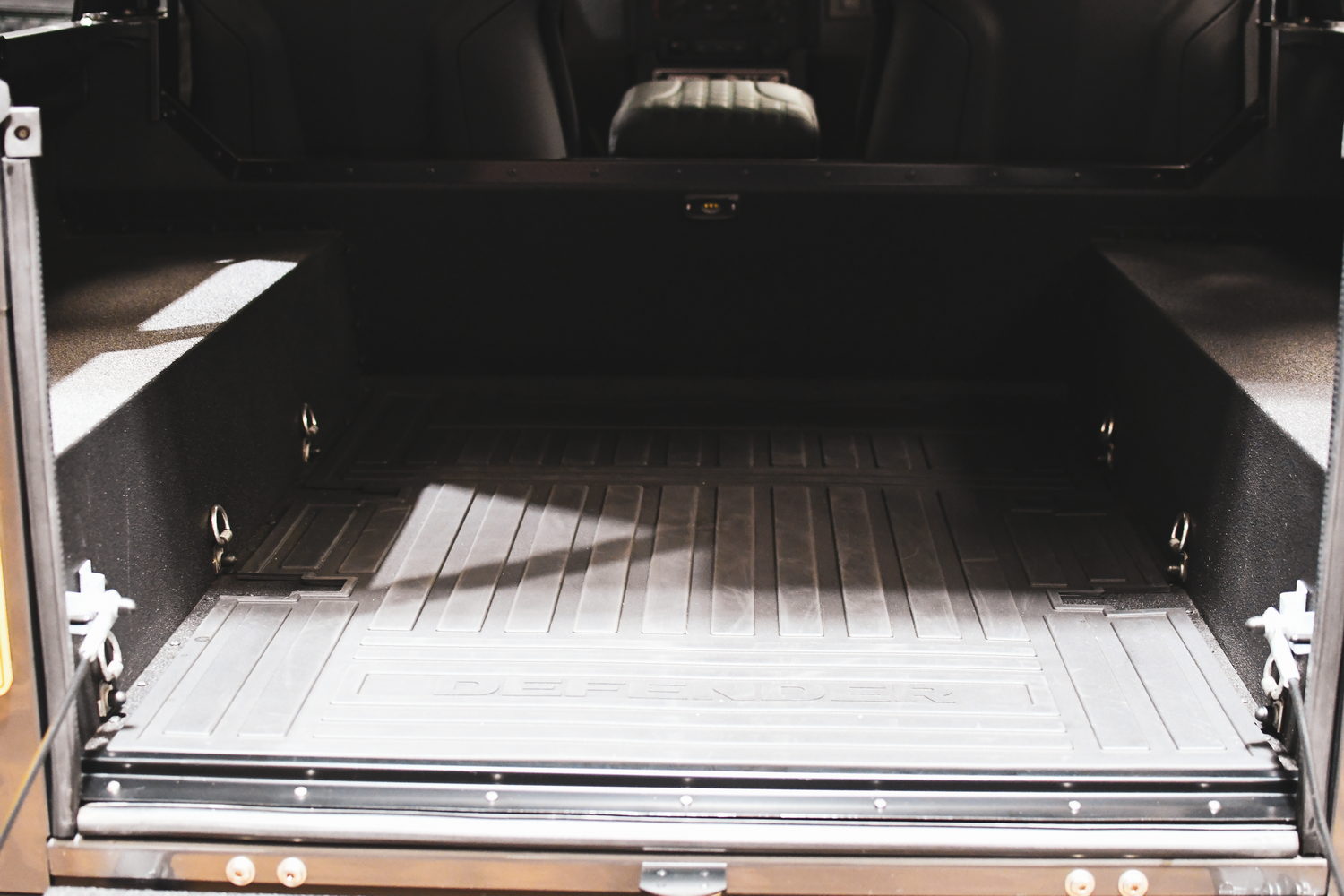 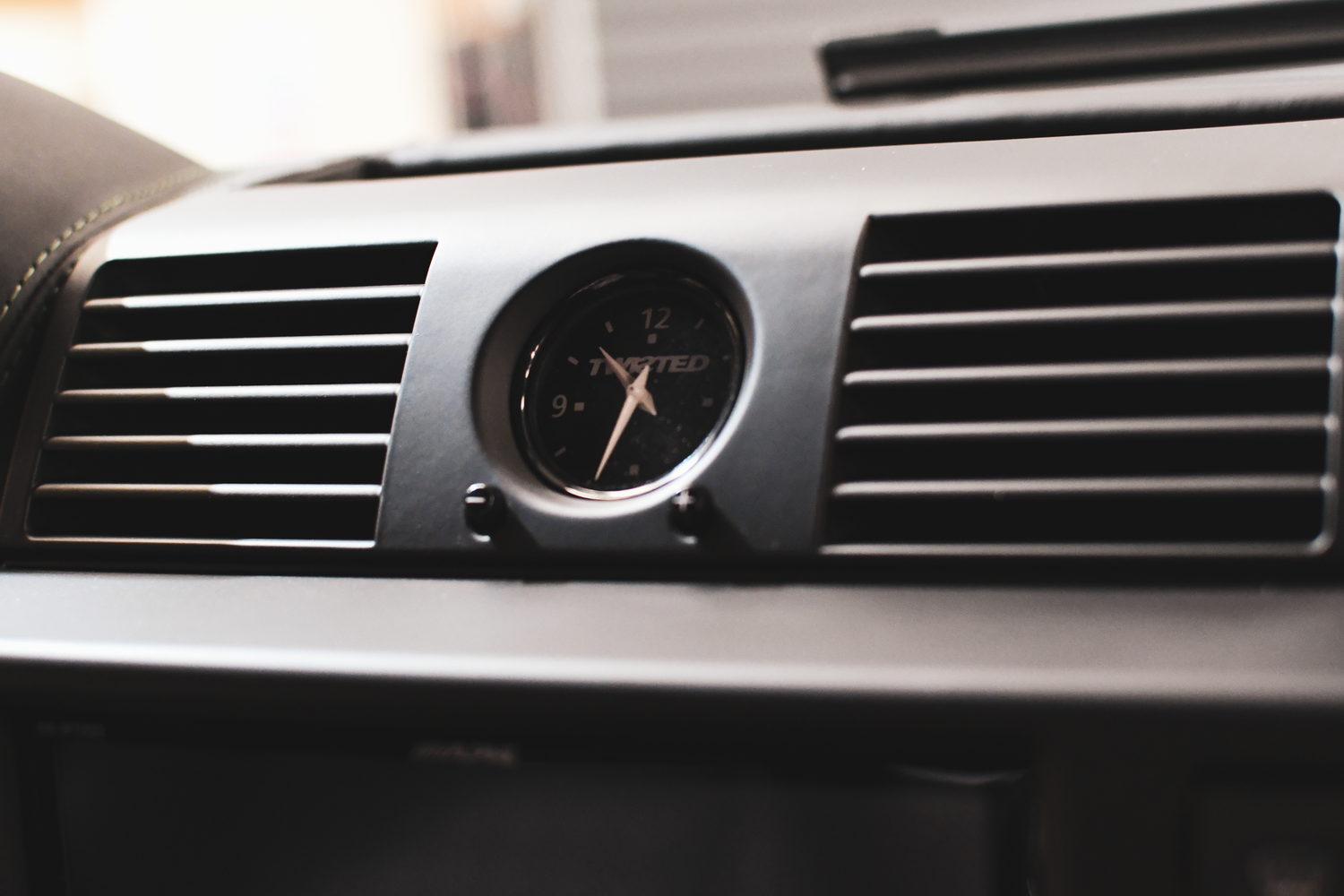 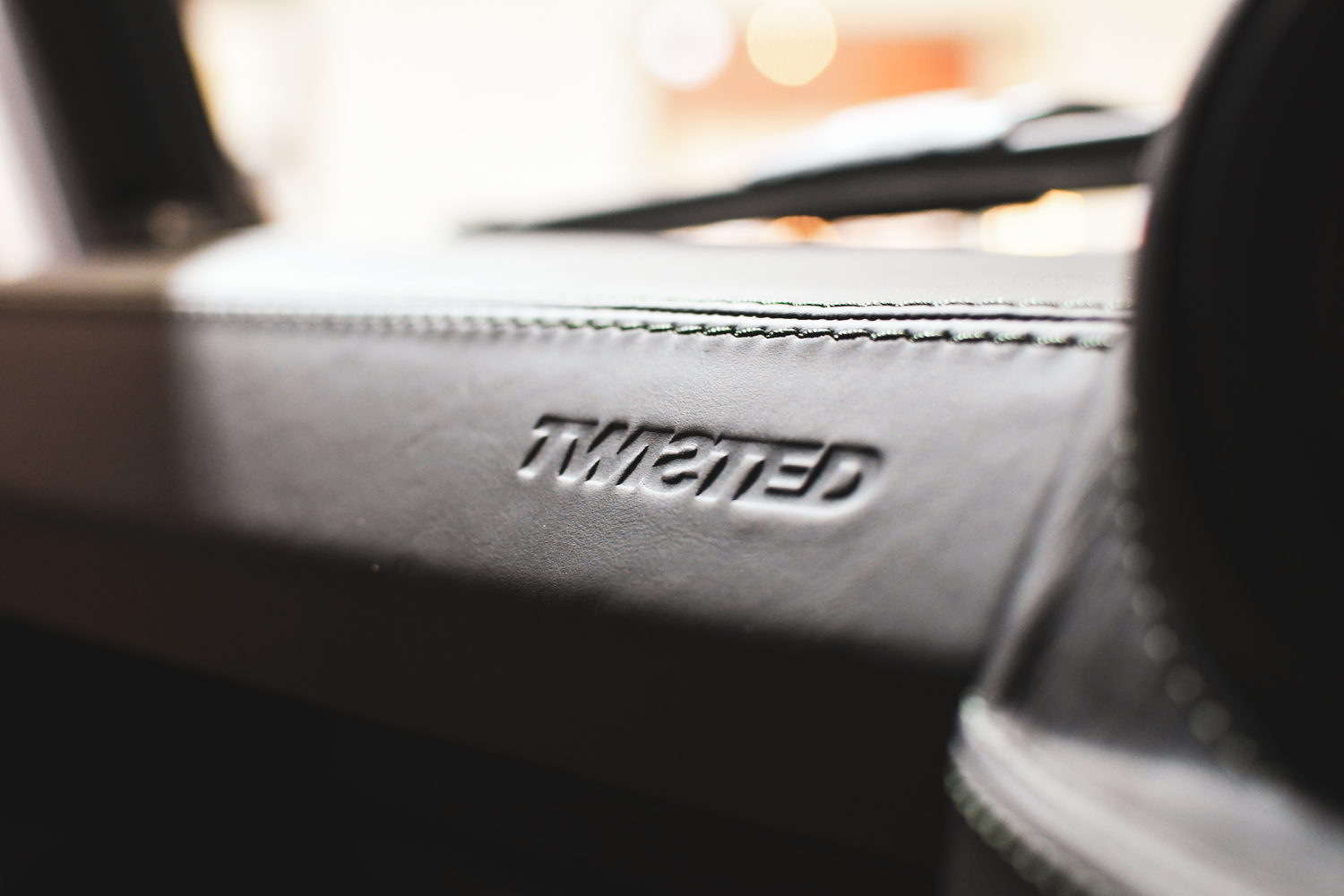 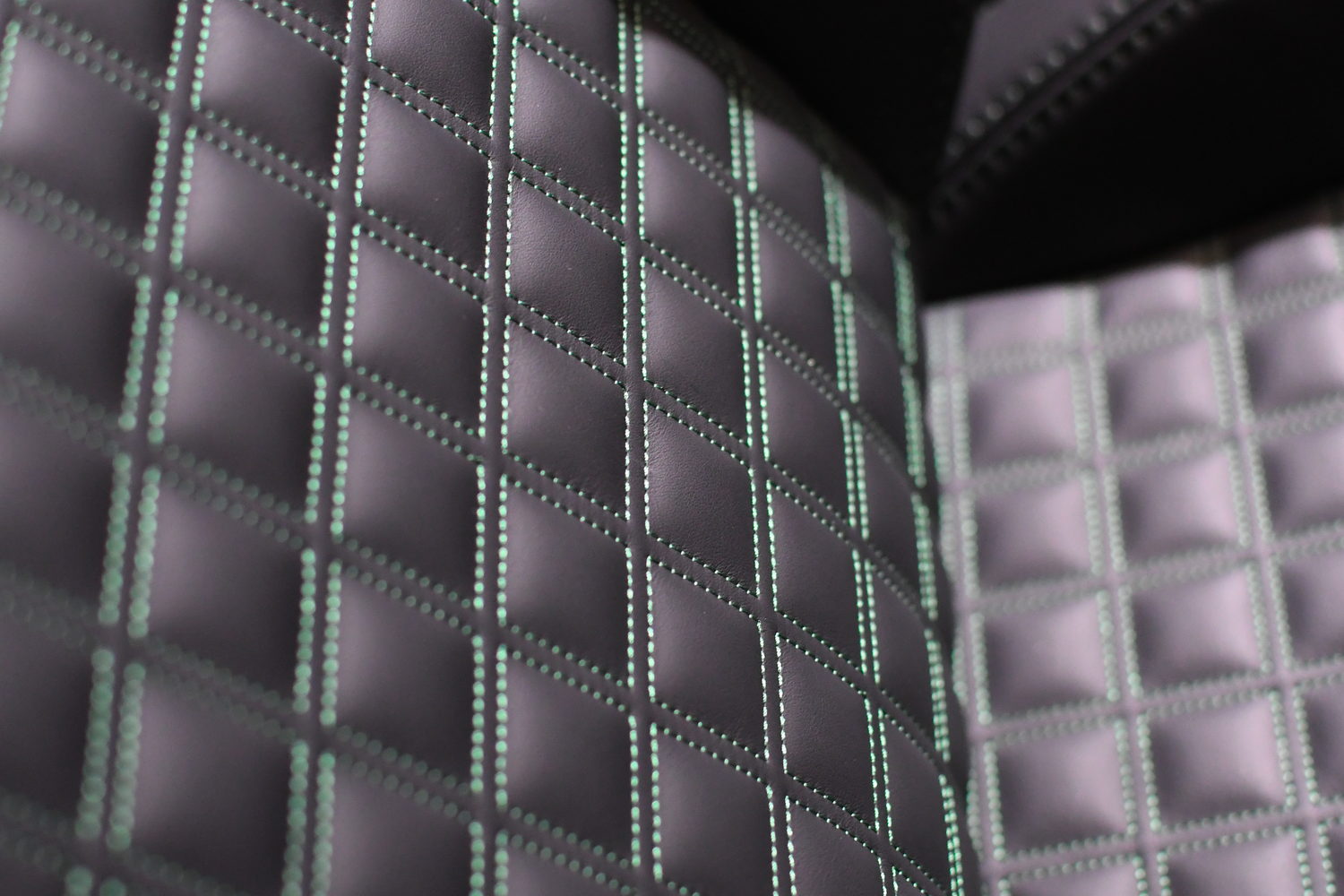 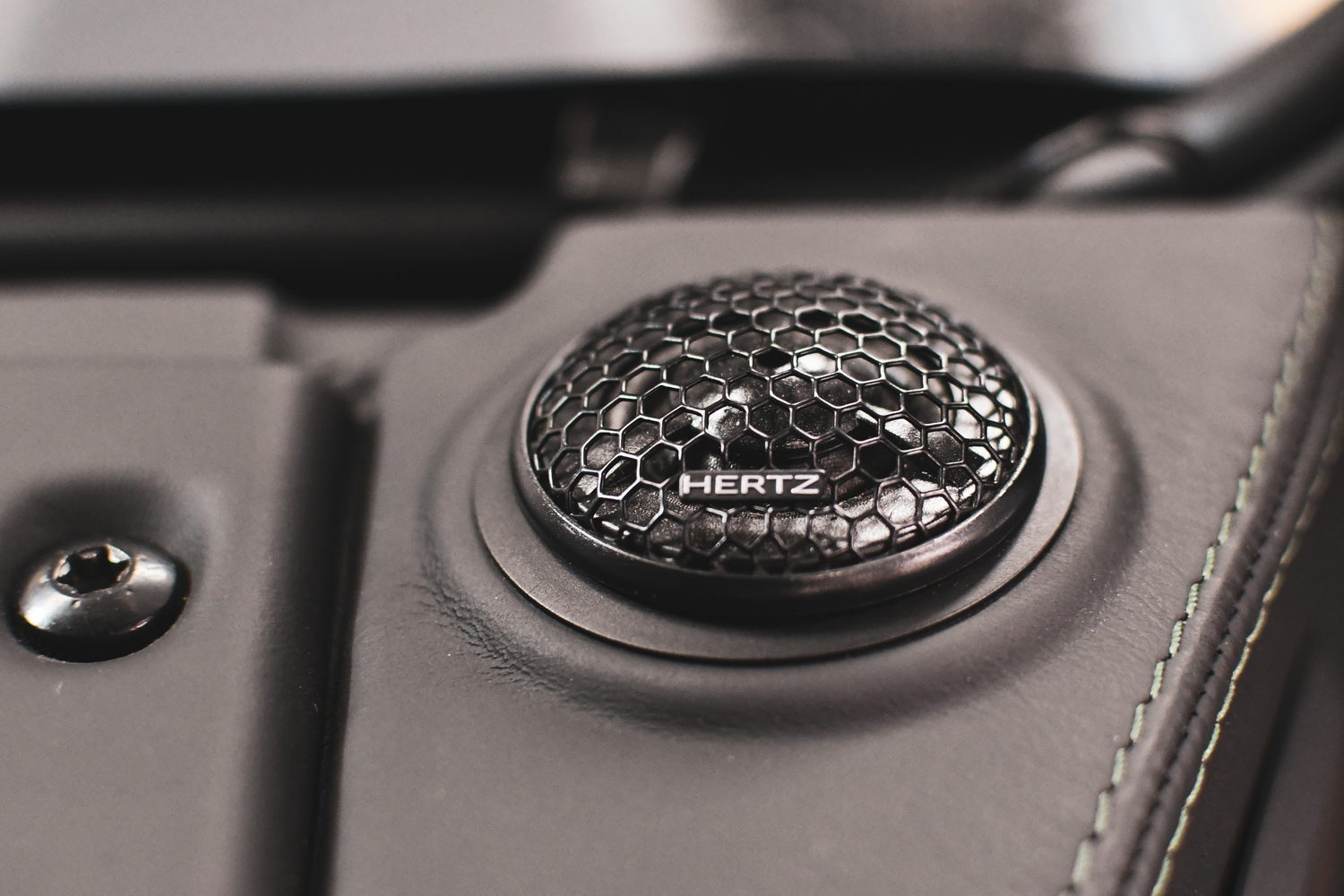 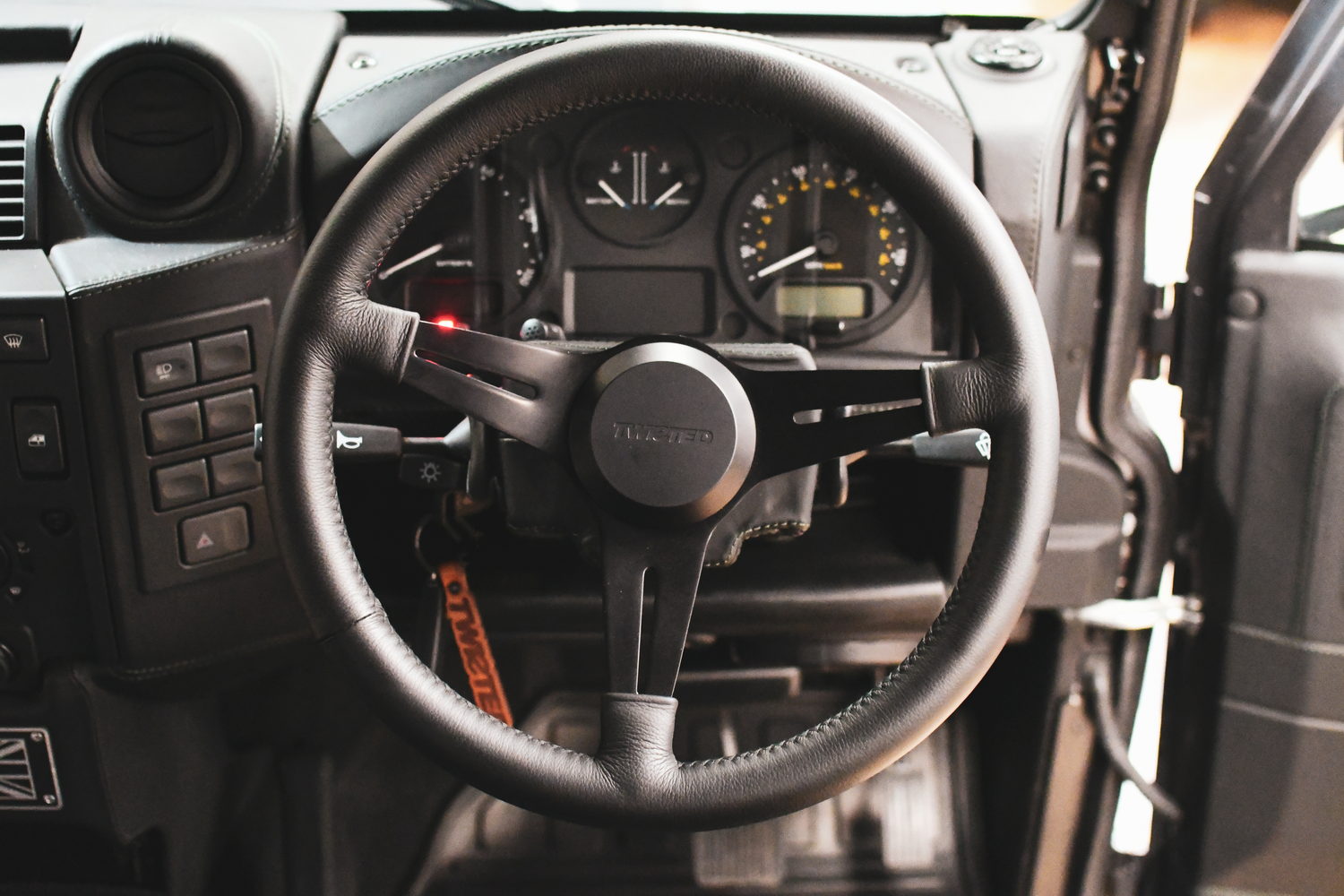 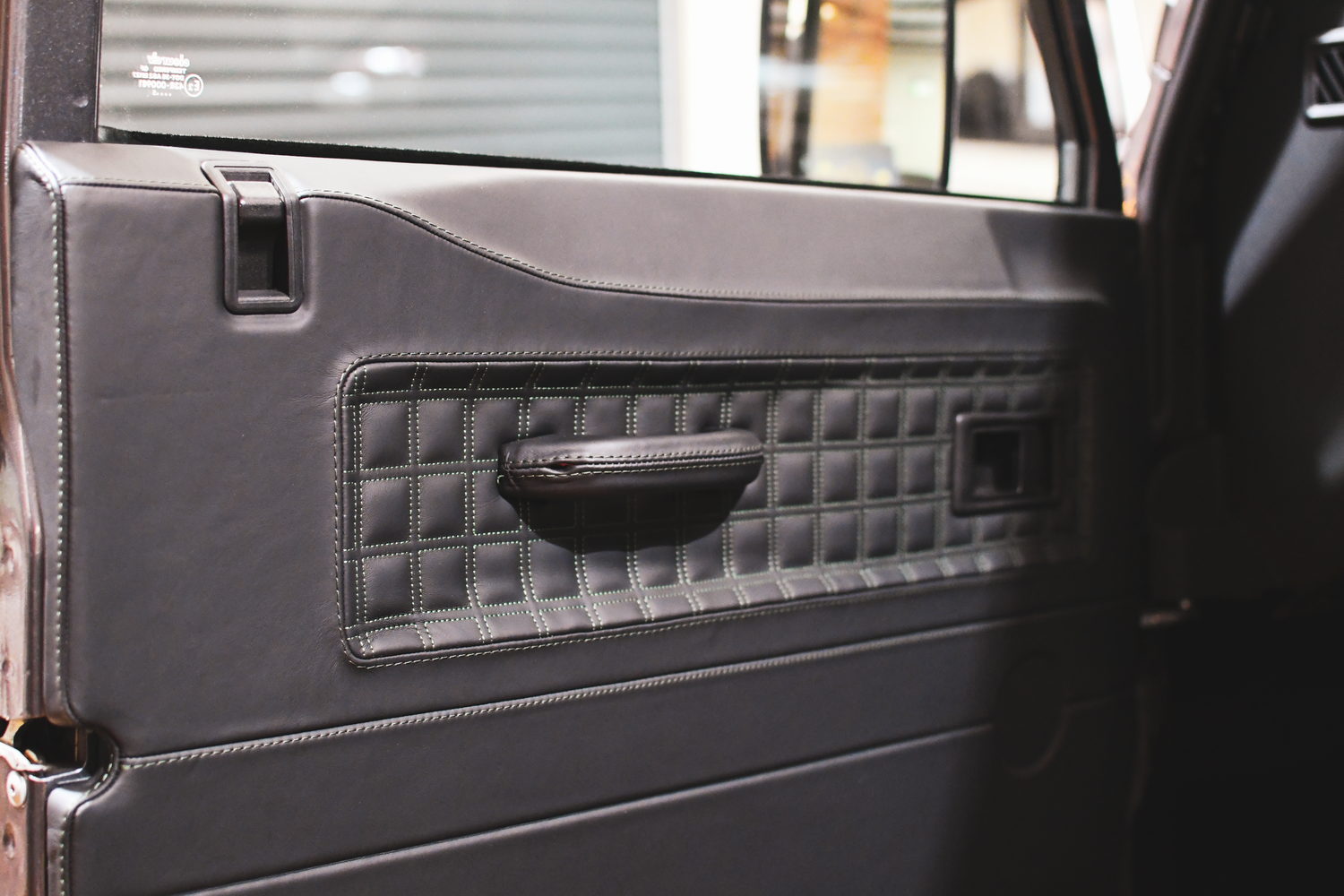 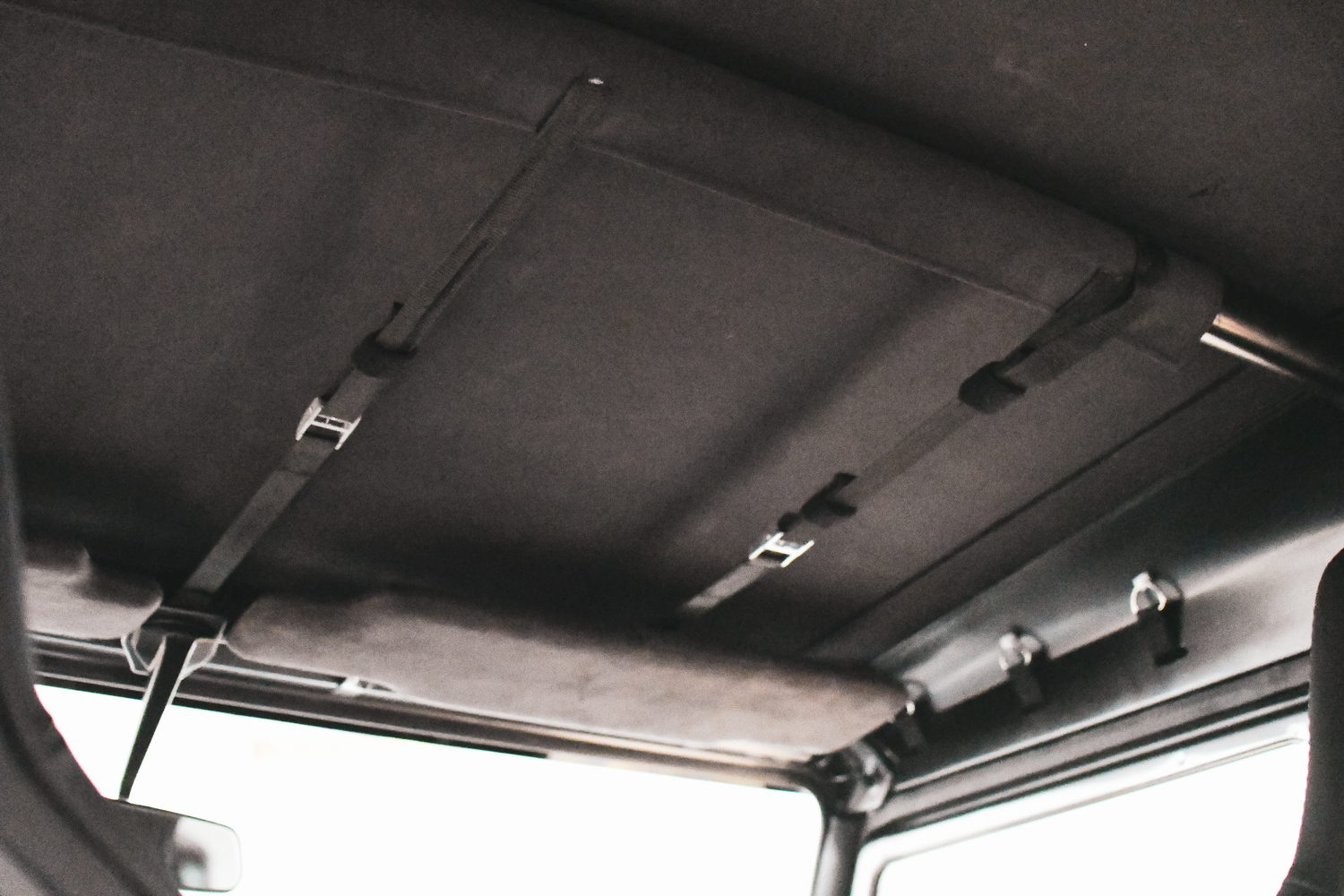 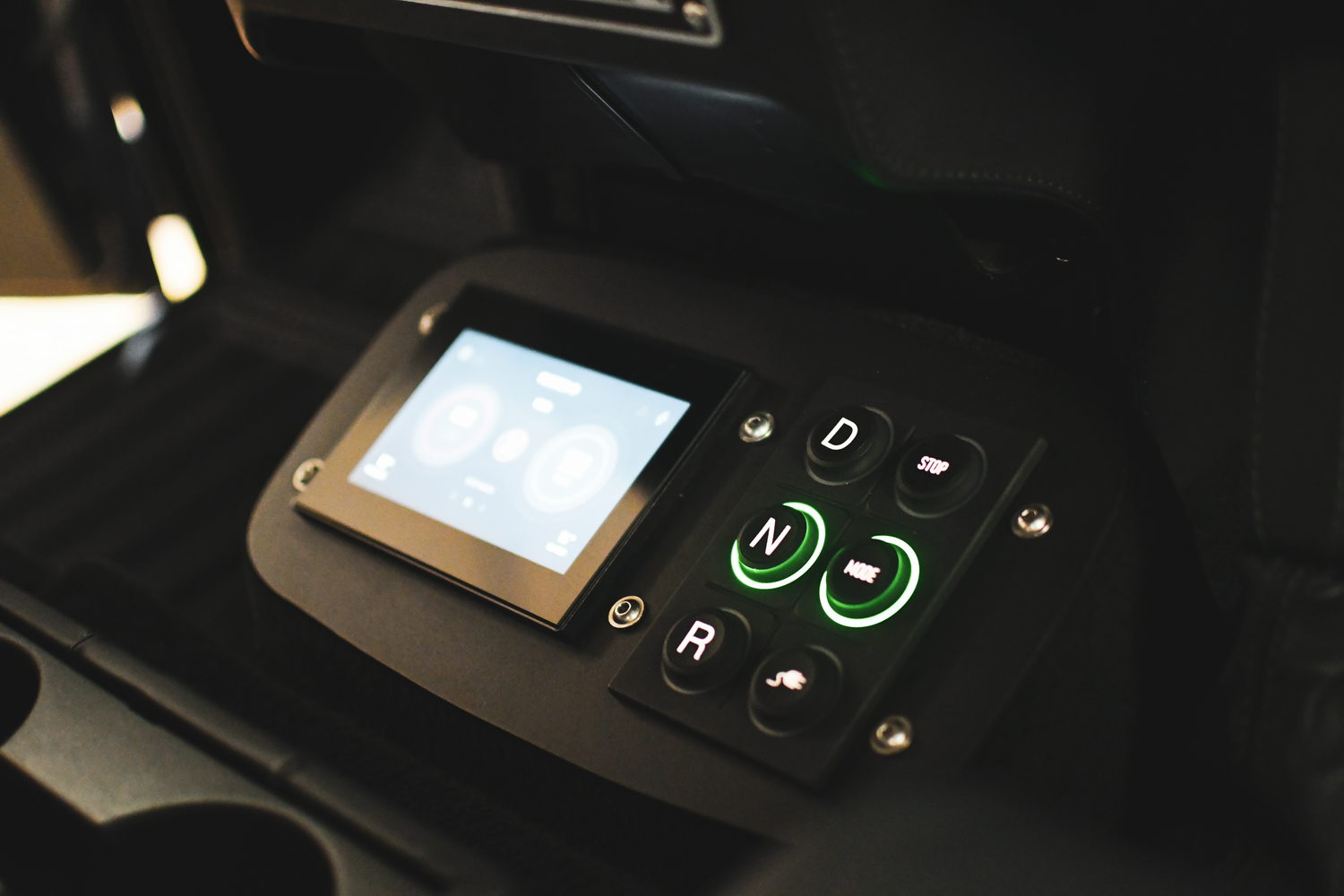 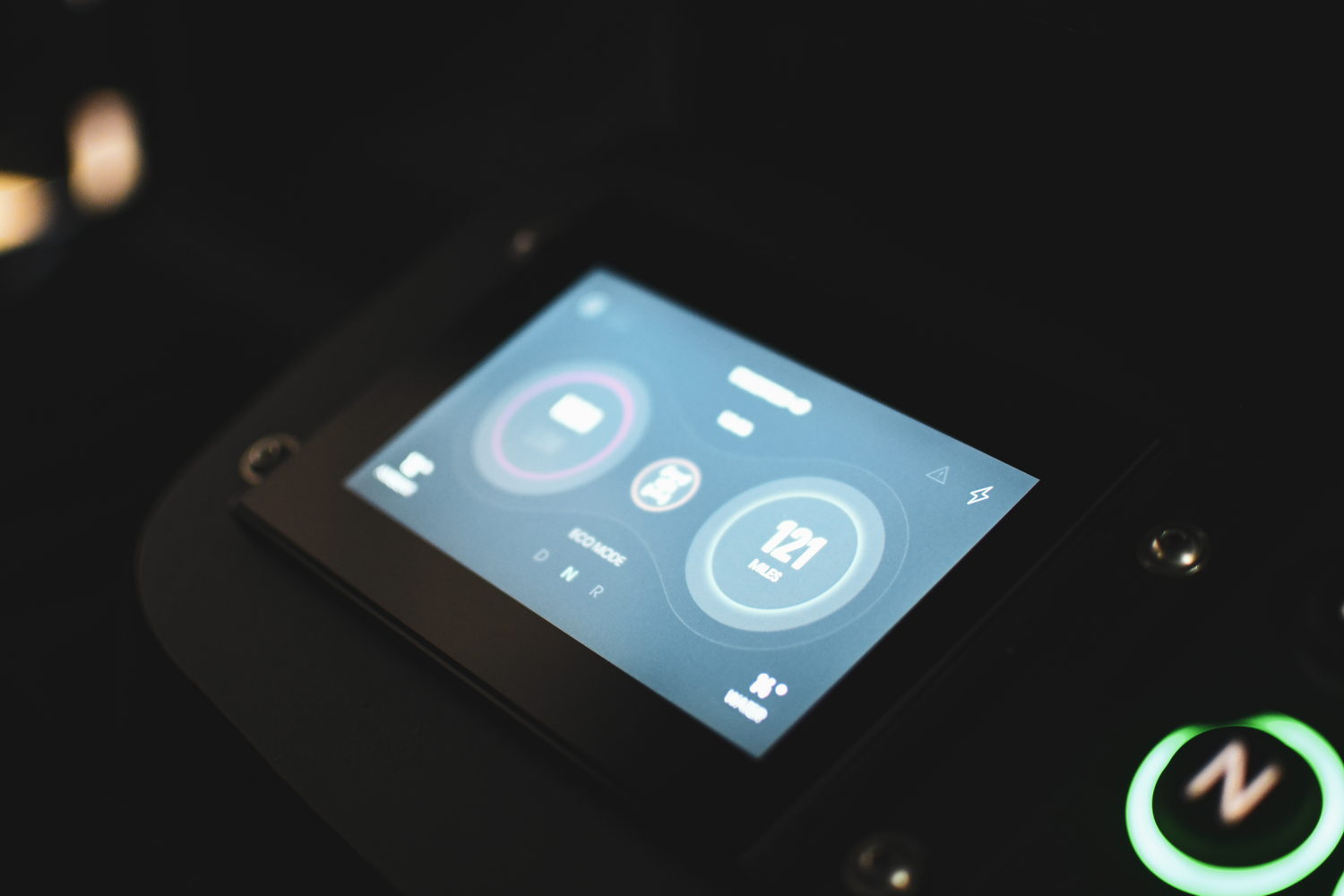 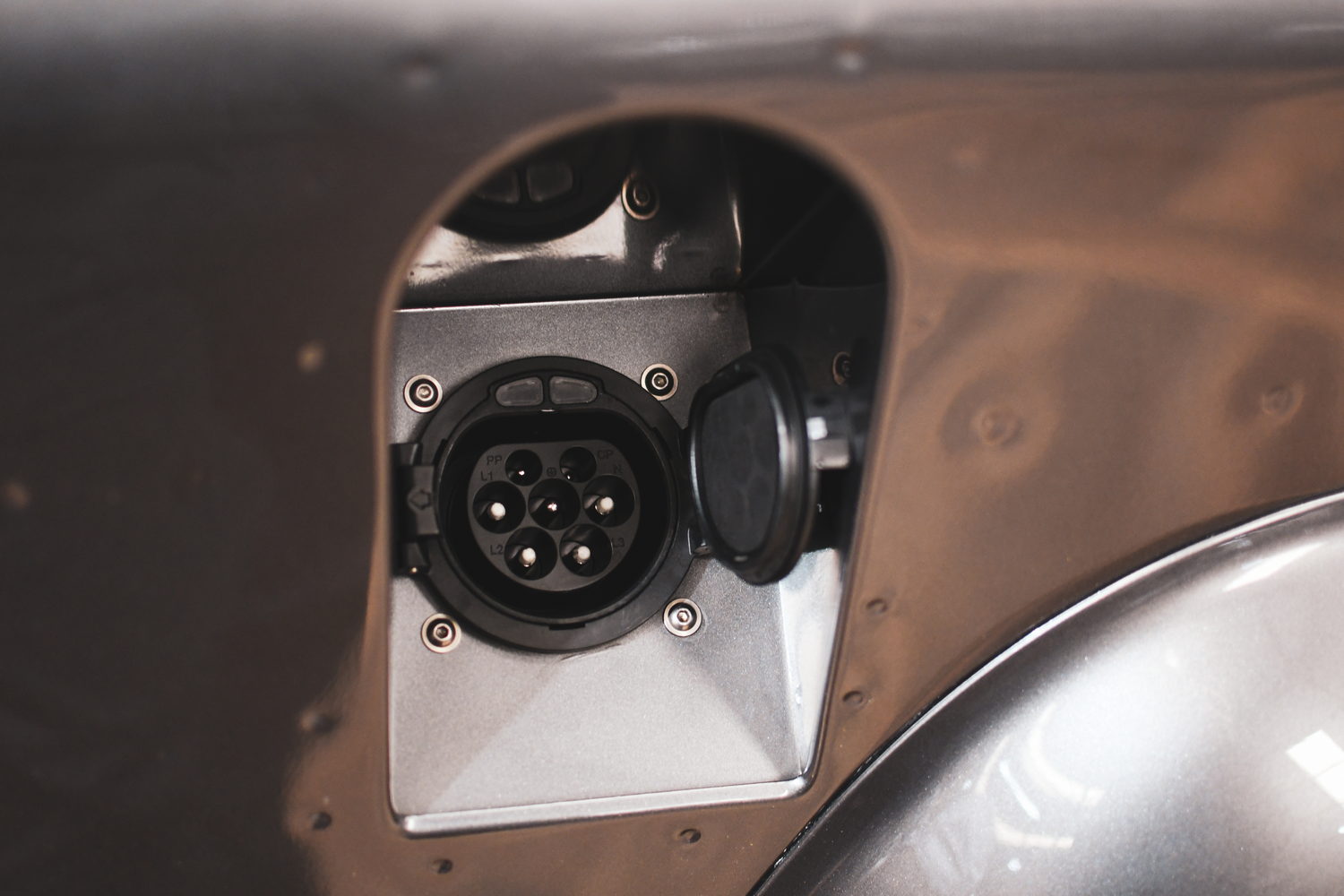 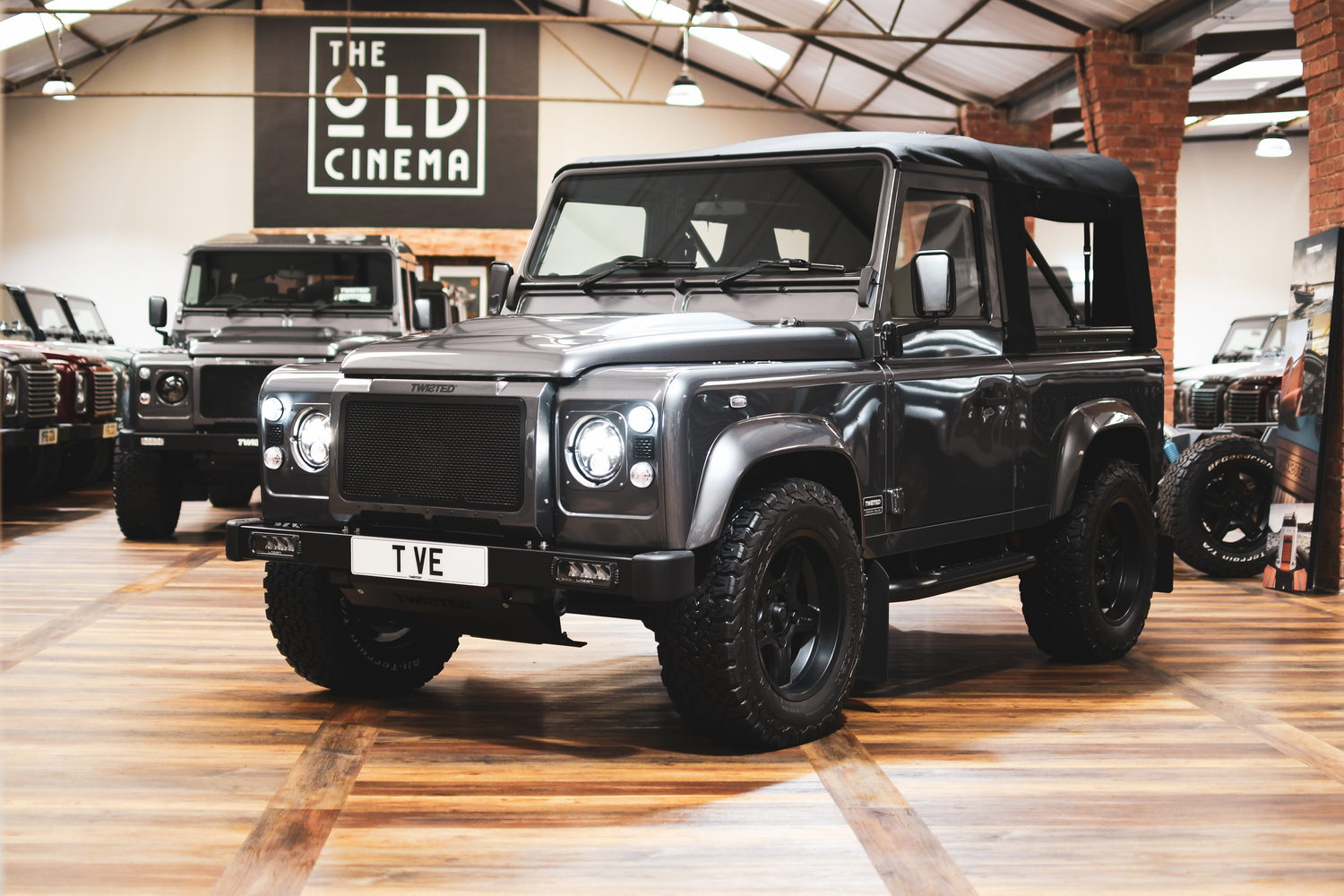 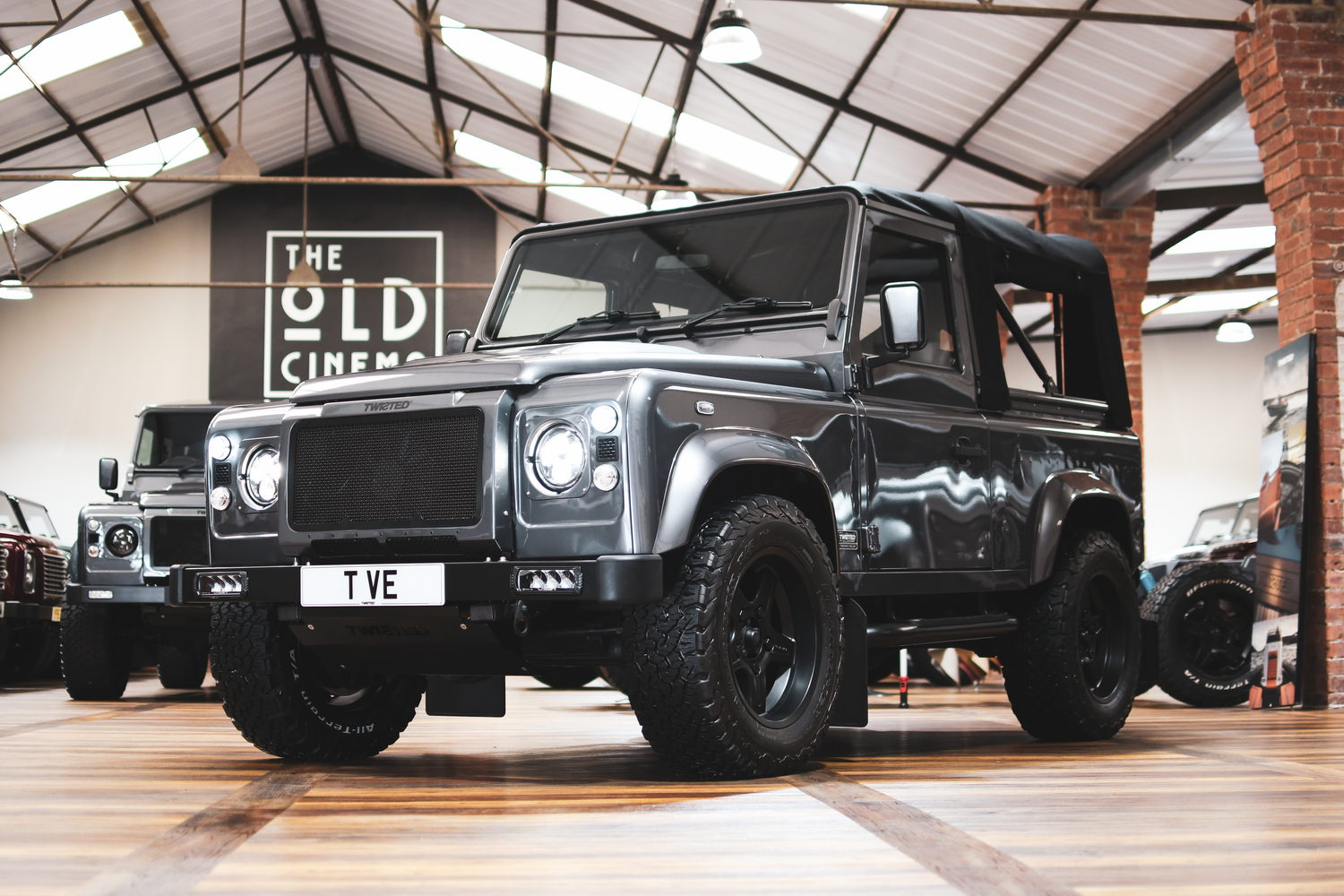 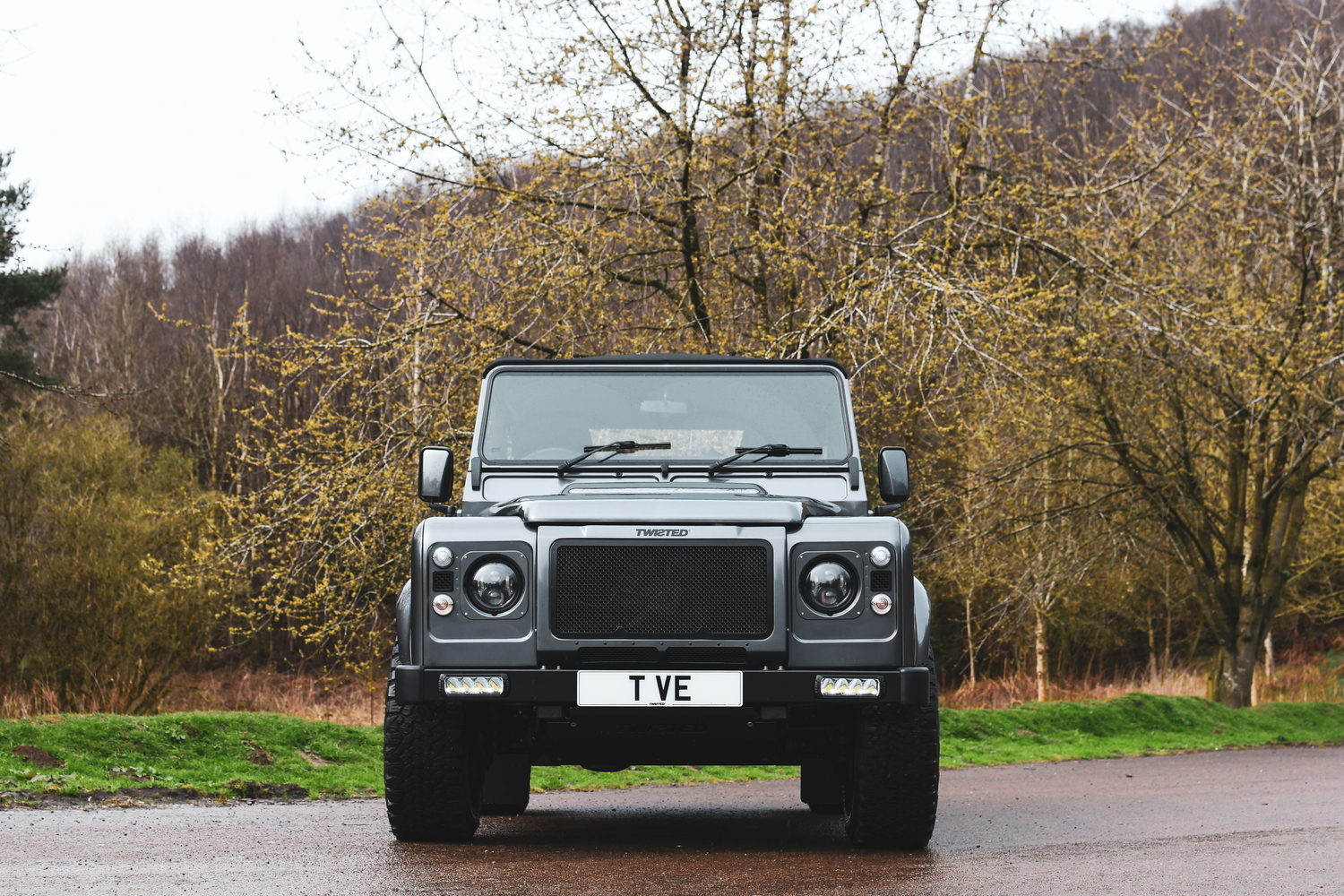 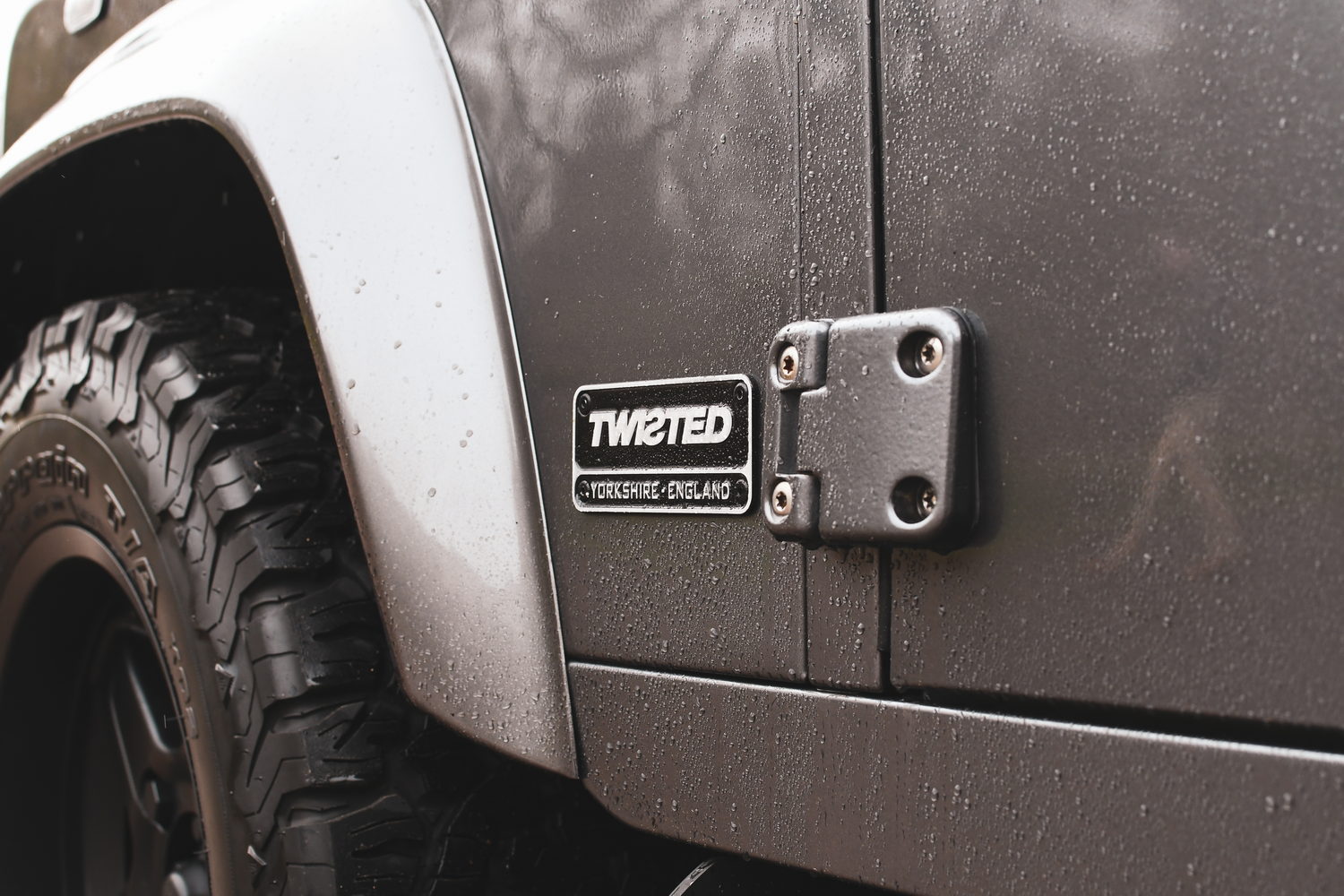 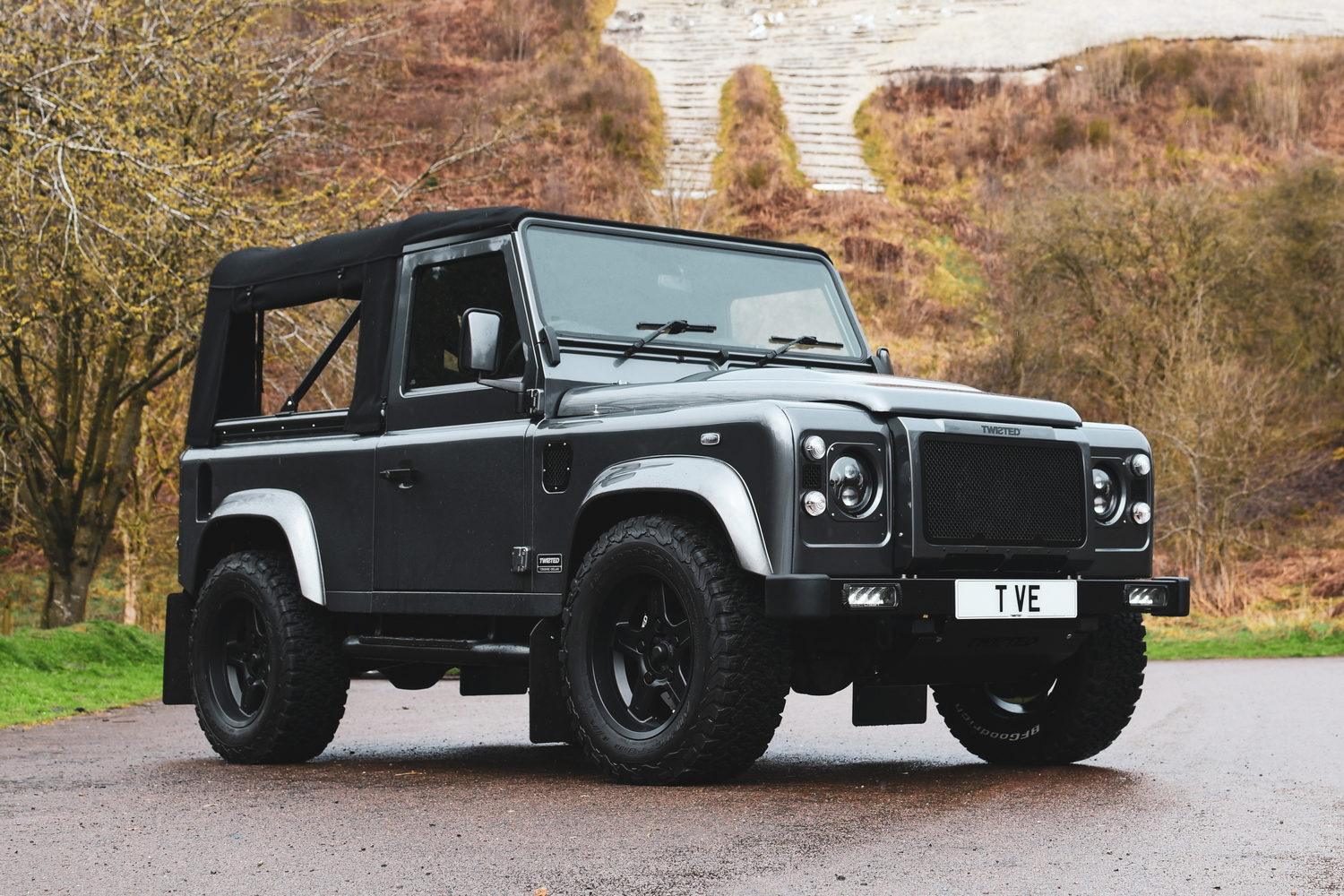 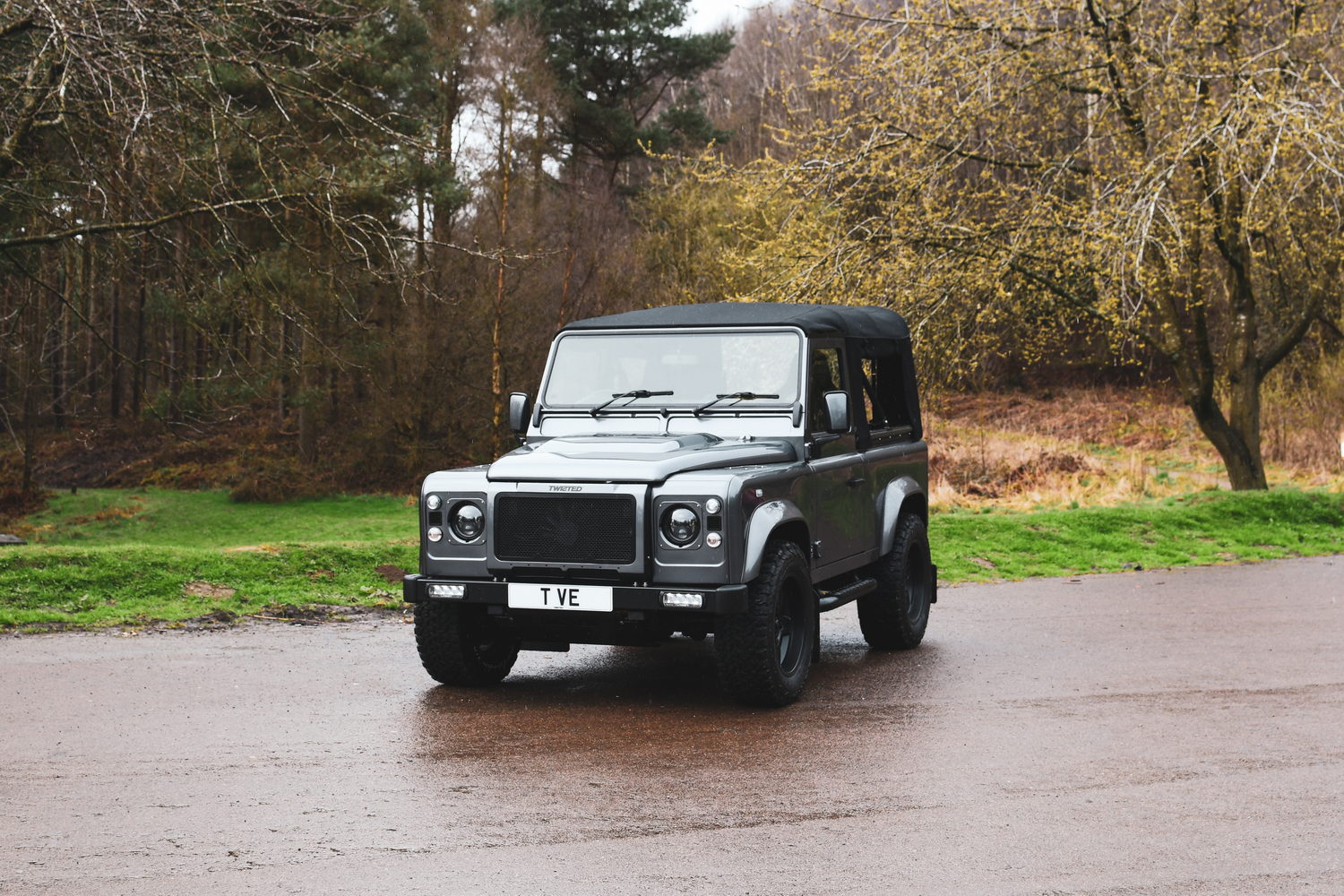 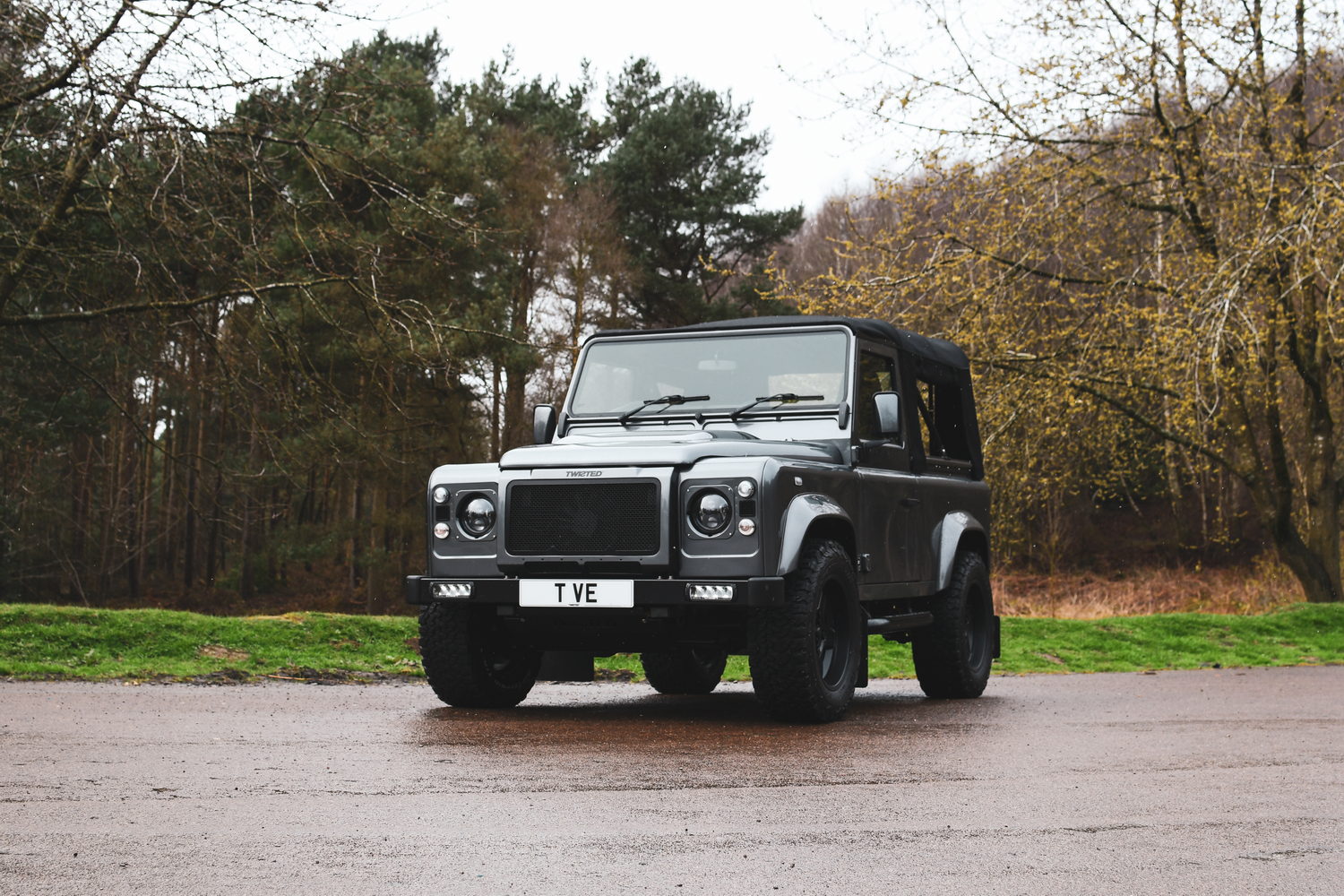 Twisted has given the classic Land Rover electric power, but does it make sense?

Behind the unassuming doors of an industrial unit in North Yorkshire, England, Twisted takes the instantly recognisable Land Rover Defender and adds... almost anything you want. From light upgrades such as rustproofing and aesthetic modifications to engine and gearbox swaps, Twisted will tailor the Defender to your needs.

Much of the company's business involves more mundane upgrades that simply make Defenders work properly, but it's also happy to add performance-orientated upgrades. These include slotting a new 2.3-litre diesel engine under the bonnet (creating what Twisted calls the T-VS) or even a General Motors 'LT' V8 engine (which underpins the T-V8). And now there's an all-electric Defender called, unsurprisingly, the T-VE. Twisted says the zero-emission Defender retains some of the character of the original, but is that marketing guff or a miracle of engineering?

It's difficult not to be impressed by what Twisted Automotive can do from what is, in essence, a large shed in the countryside. Exactly how your T-VE will look depends on the donor car and your personal specification, but no matter whether we're talking about this, the electric T-VE, or any other Twisted modification, the general idea remains the same.

Before doing anything with the powertrain, Twisted will take the Defender to bits, making sure the chassis is solid and free from rust and treating it to ensure the metal moth is kept at bay. Twisted will even swap all the old bolts with new stainless-steel ones in a bid to stop the rot from setting in. And that's just the start.

Twisted also sets to work on the body, fixing all the uneven panel gaps left behind by Land Rover - and there were usually plenty of those. Add in a few of Twisted's own, uprated components, and you've got an evolution of the Defender. A Defender 2.0, if you will. But Twisted is keen to keep as much of the Defender's character as it possibly can. The company's owner and its staff are all Defender nuts - a good number of them have Defenders of their own - so the Twisted cars still have some of the same idiosyncrasies.

That means the door mirrors are adjusted manually, the catch for the door is still hidden down the side of the dashboard and there's nowhere to put your right arm. The handbrake is still by your left foot and, unless you specify otherwise, you still get more or less the same seating position and dashboard. It's still a Defender, then, but it's one that works.

And because our test car was the T-VE electric version, it came with a few goodies you might not find on any other Twisted creation. Chief among these is the little screen down where the gear lever would normally be, offering control of the electric motors and some drive selection options. Little buttons allow you to choose between forward and reverse gears, while a button on the screen also gives you access to the low-range gearbox. Slight changes have also been made to the classic analogue instruments, with gauges to display the battery level and the like.

Our test car came with some lovely leather-trimmed Recaro sports seats, extended leather trim on the dashboard and - fittingly - some natty green stitching. Being a pick-up, it only had two seats, but it still had a useful load space and a new hood to keep the elements at bay. Admittedly, with the side panels in place, visibility is far from ideal, but unzipping them gives the driver a great view out.

And if you're wondering what happened to all the electrical gubbins, they're all hidden in the usual places under the floor and under the bonnet. In fact, they're so well hidden and integrated into the car that Twisted reckons the T-VE has just as much off-road performance as a standard Defender.

Being electric, however, the T-VE is really going to be used in city centres, where legislation and punitive road charging schemes are driving people away from diesel 4x4s. For all Twisted's claims about off-road capability, the T-VE is realistically more likely to find homes with those who want to pootle around town enjoying the Defender image without the Defender pollution.

And for all the Defender foibles, it's actually pretty good at doing just that. The two electric motors churn out a combined total of 217hp, which is more than enough for zipping around town. Opt for the economy mode and it feels a bit blunt, but the sport mode - the only other option - has a bit more poke. It's certainly more responsive than an old, asthmatic 2.2-litre diesel Defender.

The range is best suited for batting about town, too. Twisted claims our test car had a range of about 210km, which is about the same as a Honda e or an electric MINI. But, of course, Twisted hasn't calculated its range according to the WLTP economy test; it has used road-testing to get something fairly accurate. Our test drive may have taken place in a city centre, but it suggested that sort of range should be easily achievable, as long as you don't try hammering down a motorway. Don't forget, this is still essentially a truck with the aerodynamic properties of Leinster House.

But despite all that, it isn't too uncomfortable. The suspension on our test vehicle had been modified by Twisted, and the batteries sat low in the car, which meant it didn't wallow or lean too much in corners. It still felt heavy, though, and the car tended to 'sink' into potholes like a foundering ship might sag into the troughs between the waves. That's fairly common for electric cars, however, and the Twisted is still much more comfortable than most Defenders, even if it didn't feel quite as supple as the V8-powered examples.

We didn't get to evaluate the off-road credentials - aside from the odd speed bump and kerb - but Twisted says the T-VE is still an impressive 4x4. The company has worked hard to ensure the modifications make no difference to the standard Defender's all-important approach and departure angles (the angles that define which slopes it can climb and descend), or to the ground clearance. It'll even wade through half a metre of water, just like the diesel versions.

Whether it's competent as all that is really a moot point. What matters is that the T-VE feels as though it can, because it still feels like a Defender. Yes, the motor is much, much quieter and the ride is more comfortable, the cabin is better made and the equipment feels more modern, but the T-VE still has that Defender-ish attitude in the way it drives. It isn't quite as lumpen or as agricultural, but it still feels like a workhorse. It still feels like a vehicle, rather than a car. And it's all the better for it.

Twisted conversions definitely have an air of cool, and maybe that's why they don't come cheap. Prices clearly depend on what you want to do, but Twisted says the cheapest engine swap - the 2.3-litre T-VS - costs around €43,000. And that's before you've bought a car to swap that engine into. At the time of writing, our test car is available as a used vehicle on the Twisted website, priced at £225,000 (about €270,000 before importation costs) with around 40,000km on the clock. Clearly, owning one of these requires deep pockets.

Twisted claims the T-VE still feels like a Defender, and there's a surprising amount of truth to that assertion. The Defender's character largely comes from its foibles, and the Twisted T-VE still has inaccessible door catches, an awkward handbrake and nowhere for your right elbow, but most of the rough edges have been smoothed out, with better seats and improved build quality. In short, a Twisted Defender is better than a conventional Defender, and the T-VE is no exception to that rule.