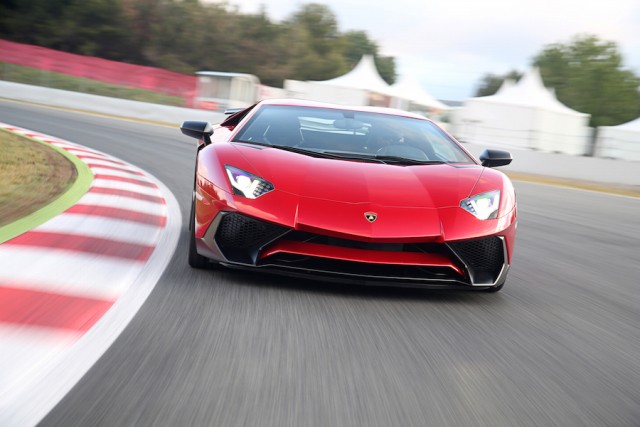 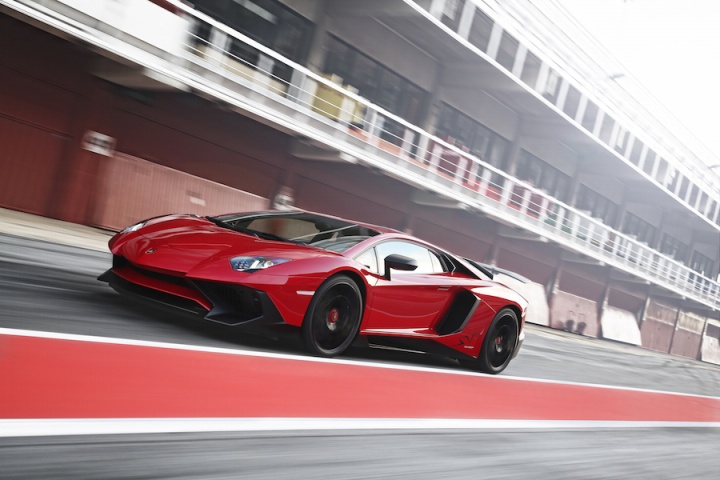 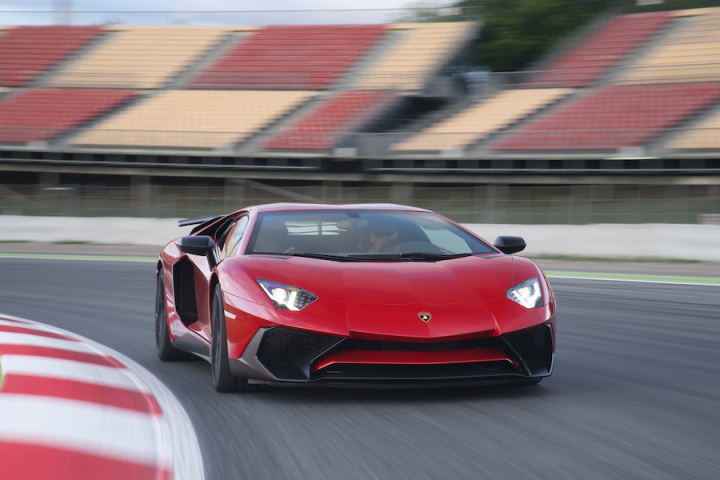 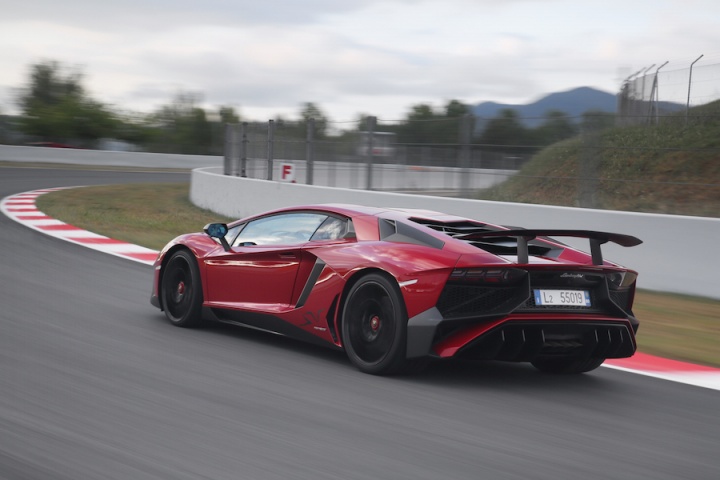 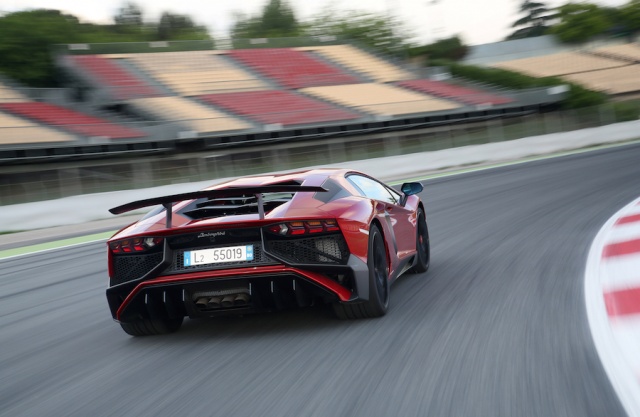 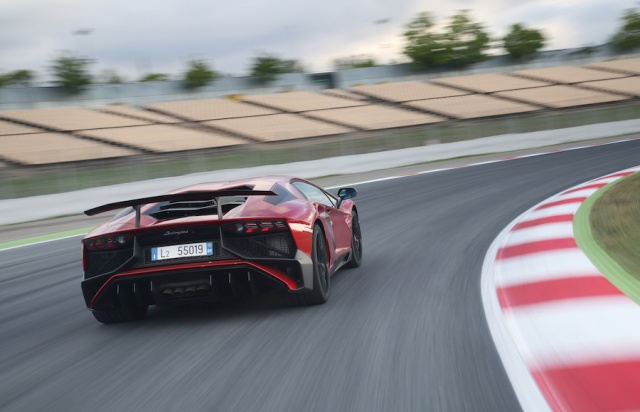 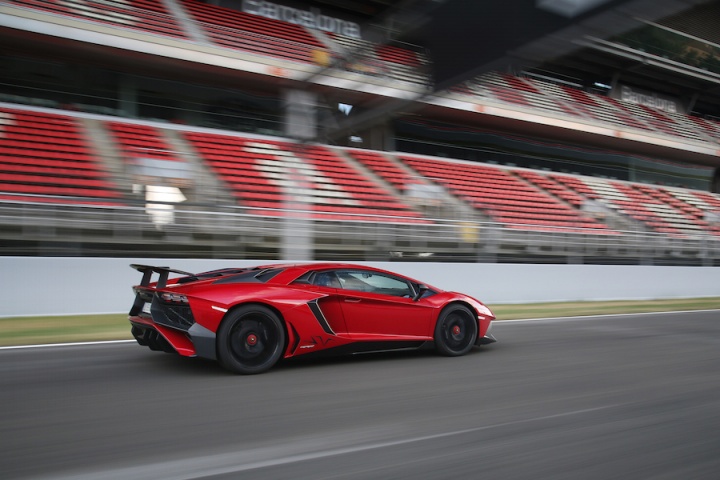 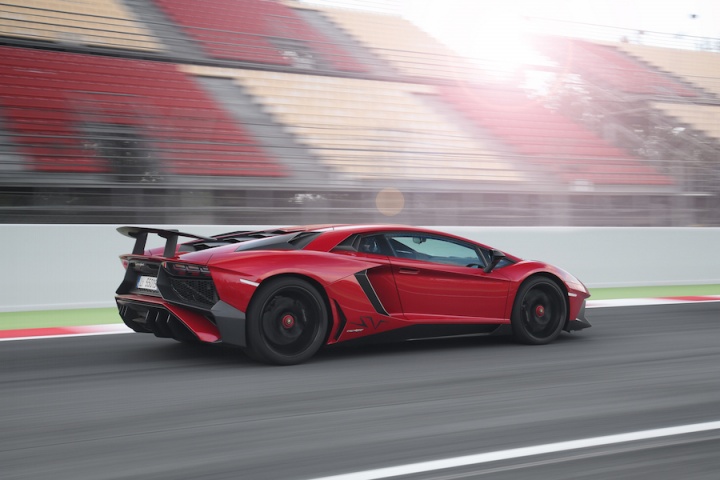 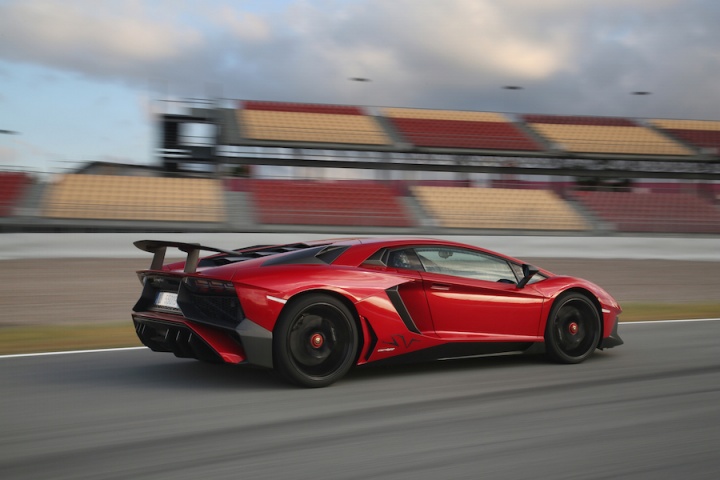 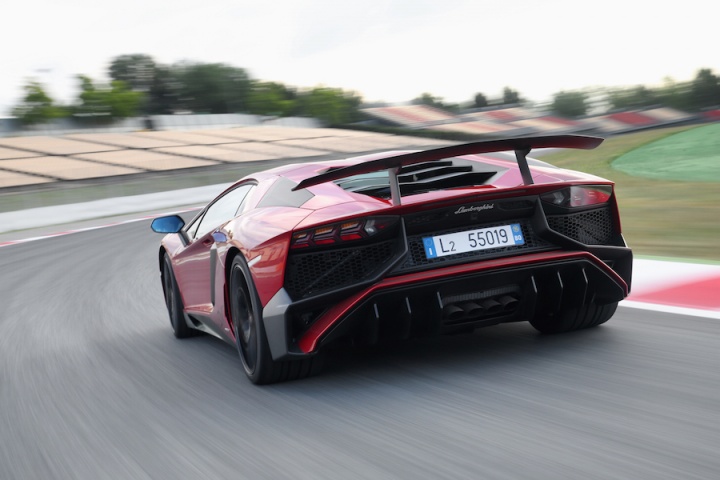 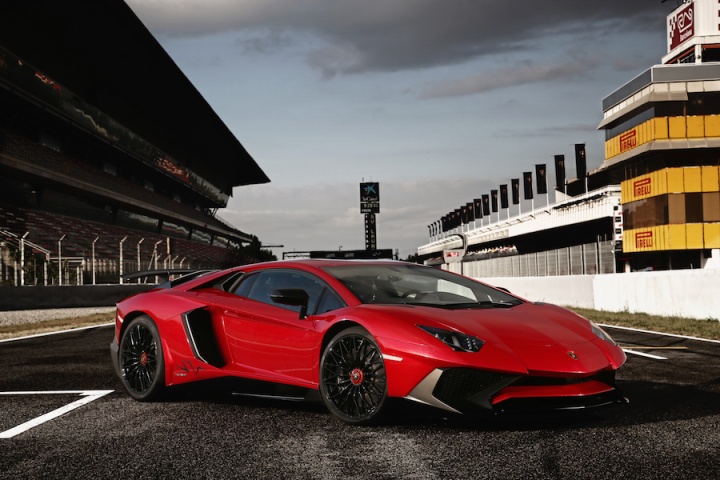 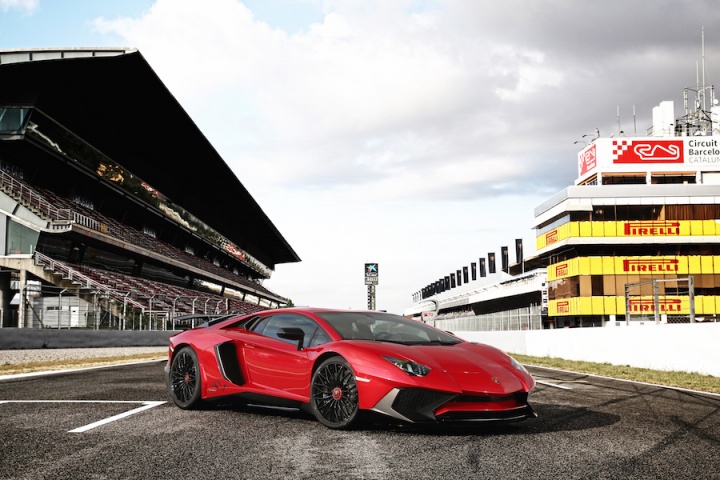 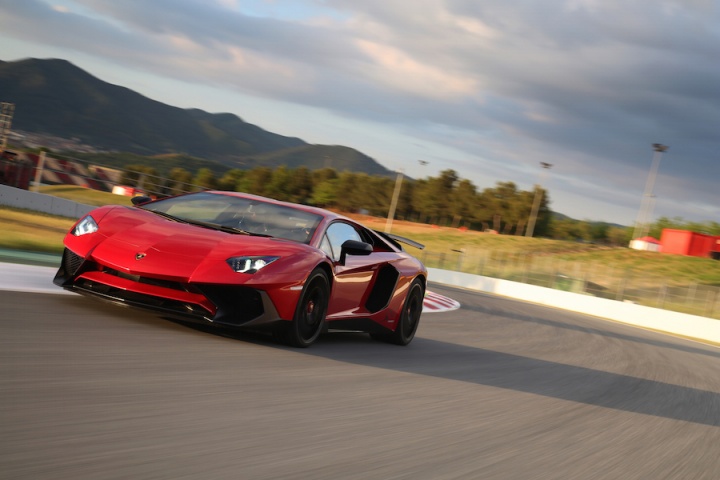 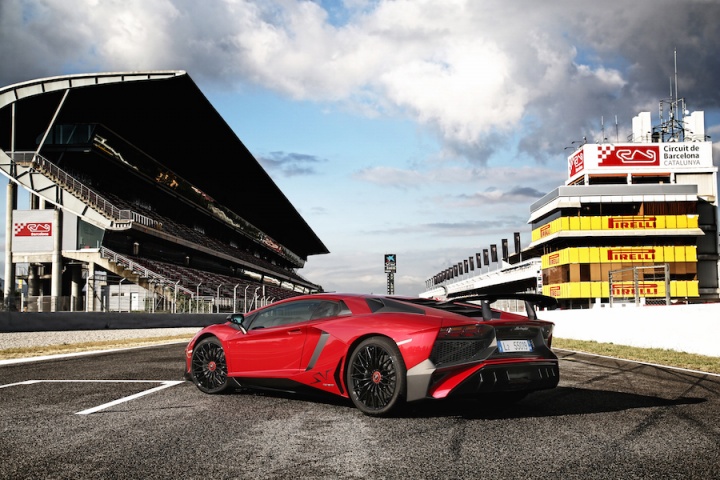 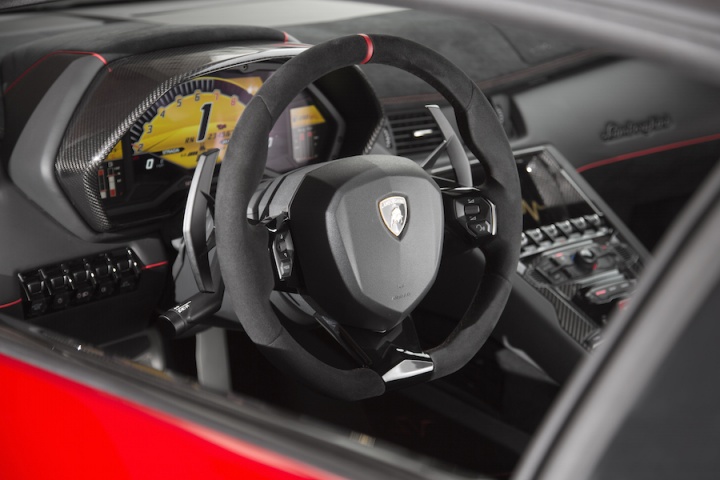 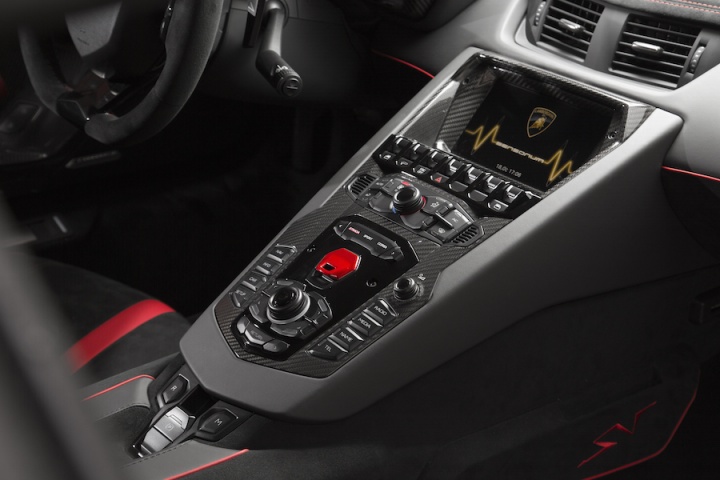 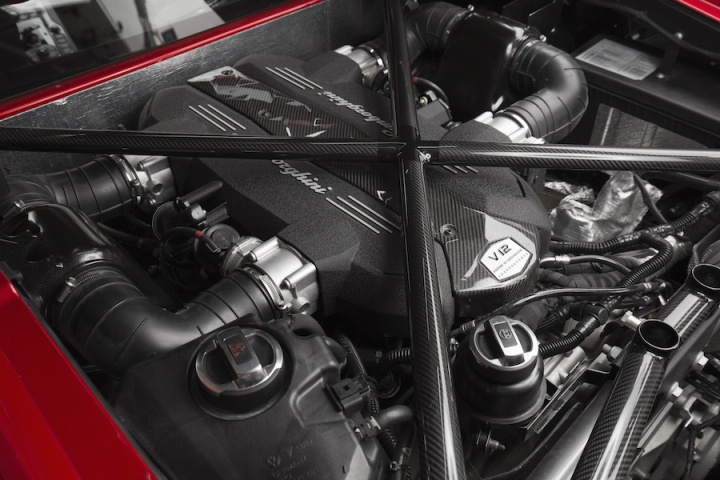 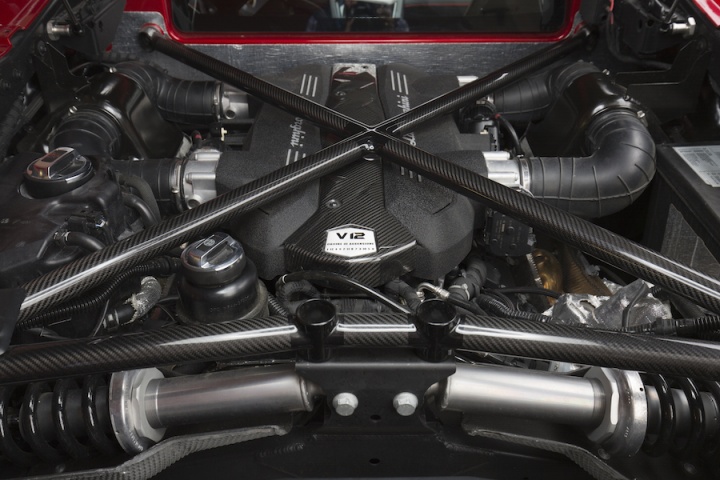 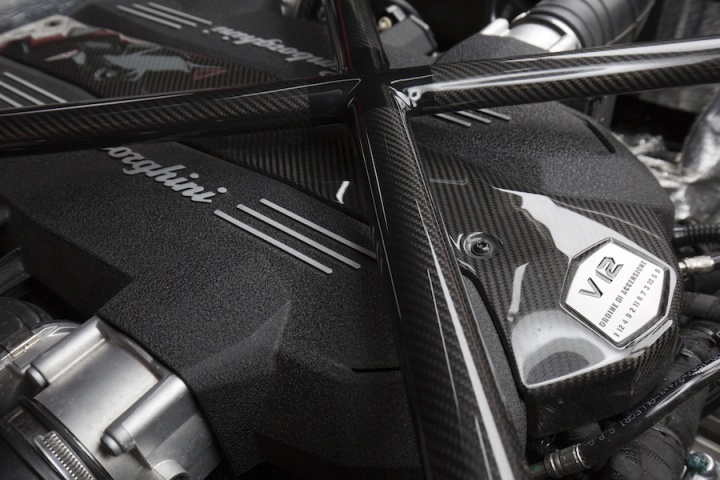 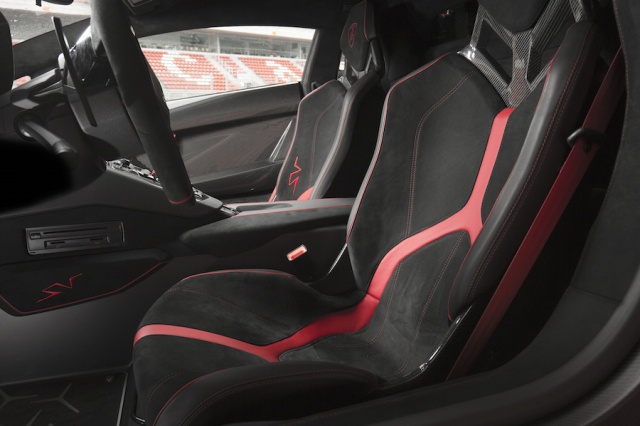 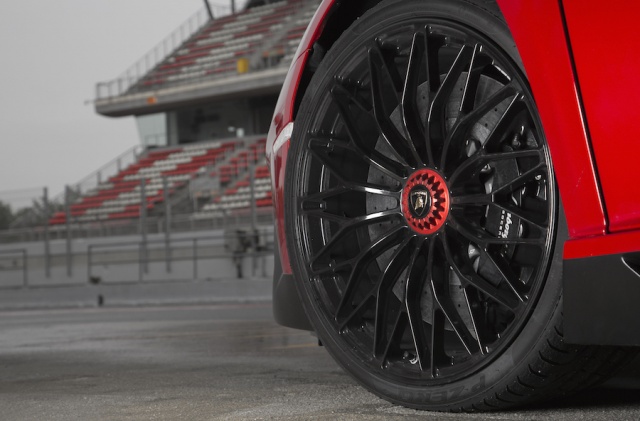 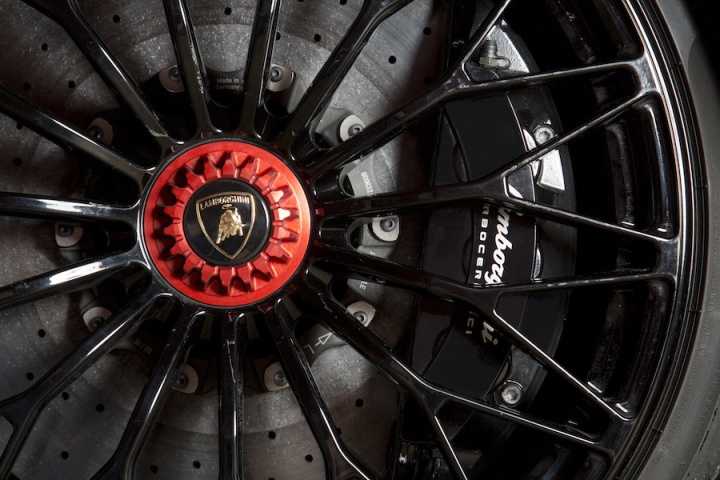 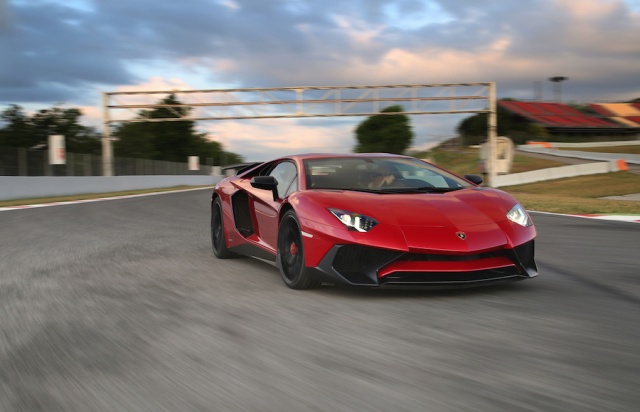 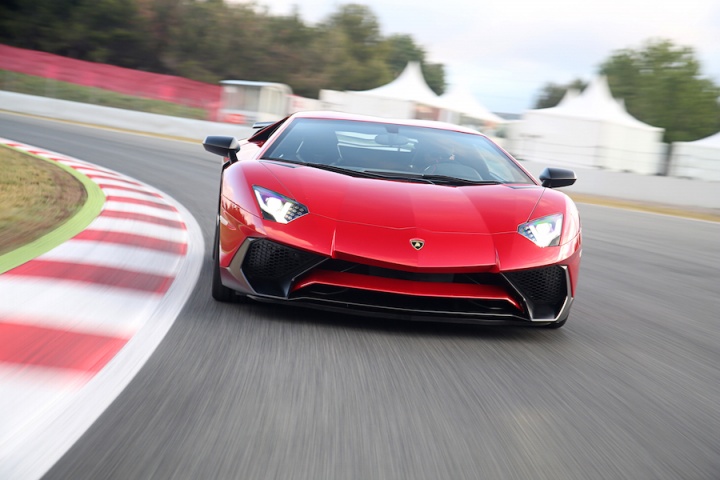 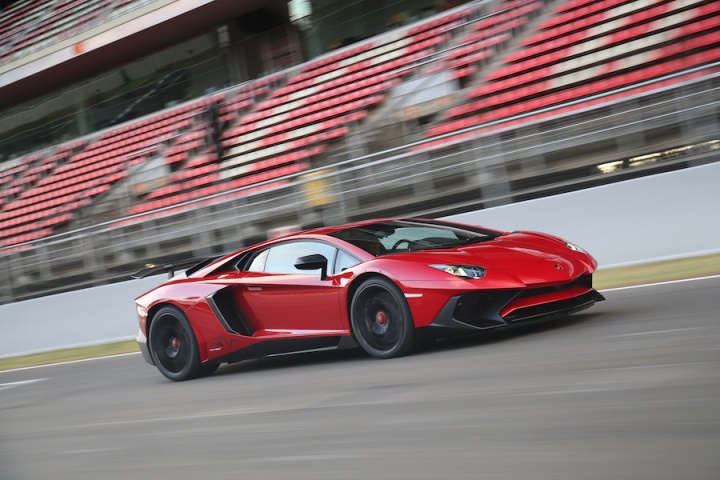 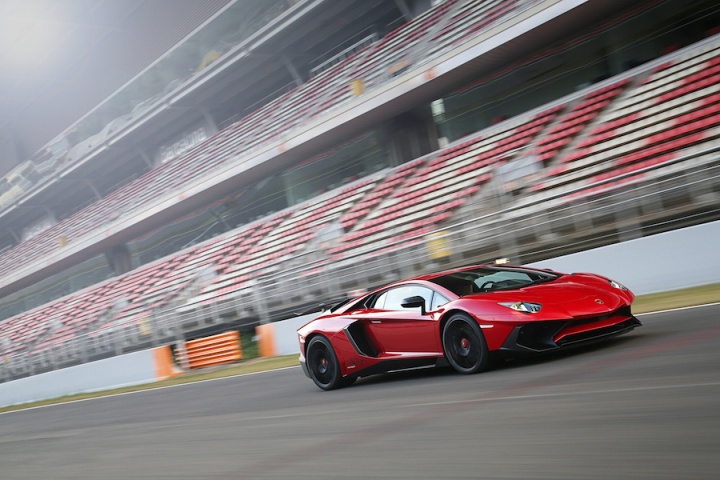 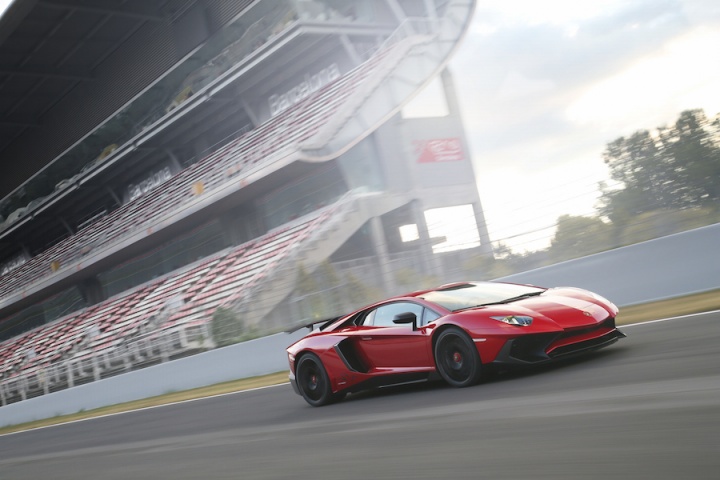 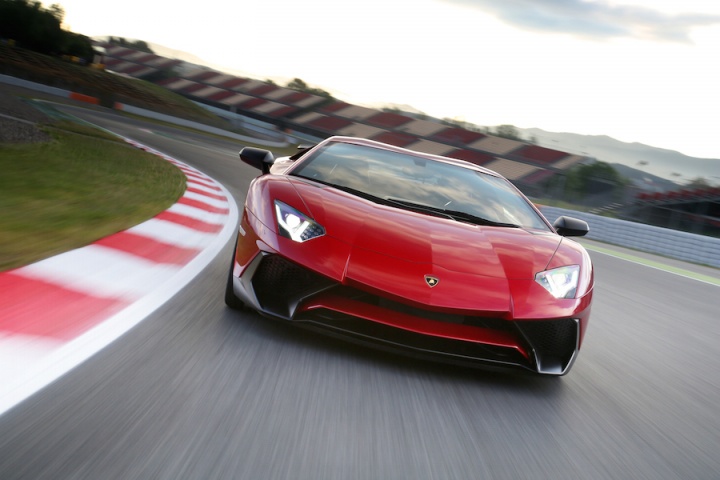 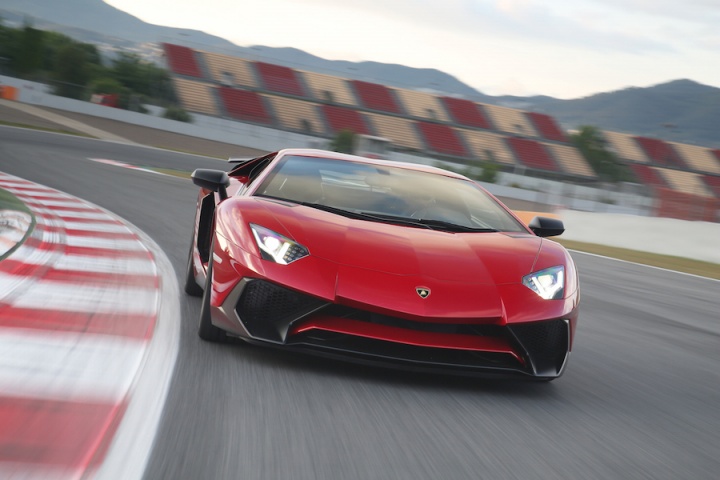 There's no point trying to objectively review the most bonkers version of Lamborghini's Aventador yet, as few of us will ever be able to consider it against its competition. This is a genuine old-school supercar, with a snarling 750hp V12 engine, huge grip and an eye-watering price of over €725,000 if you were to import one into Ireland. Say hello to only the fourth Lamborghini ever to wear the coveted Superveloce badge, the new LP 750-4 SV.

A Lamborghini should grab by-passers by the eyeballs and force them to stare in disbelief. The SV certainly lives up to that brief - not that the regular Aventador is what you'd call a shrinking violet. The first thing you notice are the bespoke alloy wheels, measuring 20 inches in diameter up front and 21 inches at the back. They ride on unfeasibly low profile Pirelli P-Zero Corsa tyres, but even they fade into the background against the scalpel sharp and jutting aerodynamic add-ons. Lamborghini is adamant that the SV's body changes are all designed around their function first and foremost. That massive new rear wing has three (manually adjusted) positions and it helps contribute 150 per cent more downforce than the standard Aventador has. A totally redesigned nose plays its part too, incorporating larger air intakes to help with engine cooling. At the back, the engine is more visible as the car takes on a more 'naked' appearance with mesh for hot air to exit and plenty of lightweight carbon fibre components. Saving more weight is the replacement of the regular car's active air cooling ducts with fixed items and the fitment of a lightweight exhaust system. Overall the Superveloce is 50kg lighter.

Lamborghini chose to emphasise the Aventador's carbon fibre construction in the SV's interior design too, so the chassis underneath is more obvious and a soft new material called 'Carbon Skin' is employed for the first time, while the new seats have carbon fibre shells - plus a mix of Alcantara and leather for the upholstery. The instrumentation is also completely new, featuring a large TFT screen and even a G-force meter.

This new Aventador's V12 engine produces 750hp at a fairly astonishing 8,400rpm. It's liberated by upping the 6.5-litre unit's rev limiter to 8,500rpm, while improving the efficiency of the air inlet and exhaust systems. Those who've driven a standard Aventador might have considered that even more power was the last thing it needed, and that's magnified by the 50kg weight drop, plus there's an uprated chassis.

The suspension changes are serious too. The SV features magnetically-controlled dampers - a world first on pushrod suspension, apparently - that can adjust their stiffness tens of times every second. It means the SV should be able to ride the worst surfaces with some compliance while simultaneously keeping body control in check It's particularly useful, say Lamborghini engineers, at circuits like the Nürburgring, where the Superveloce has already set a sub-seven-minute lap time. That makes it all but as quick as cars like the McLaren P1, La Ferrari and Porsche 918 Spyder.

Also standard on the SV is Dynamic Steering, an active steering system that can adjust its ratio depending on how fast you're going, and other factors like how much throttle you have applied and how quickly you're turning the wheel. It's meant to become more stable at high speeds by slowing the rack, while requiring less input at low speeds where the rack quickens. It lacks the outright fluidity of a conventional steering rack, but it helps make what is a relatively large car feel far more agile.

There are three drive modes - Strada, Sport and Corsa - that adjust the response of the chassis and engine. In the Corsa setting, throttle response is unbelievably sharp, while body movements are very well tied down. It goes to make the SV massively capable, but there is no arguing with the Laws of Physics. This is a car with a large, tall engine behind the driver and a rearward weight bias. If you take liberties with it, particularly in high speed corners where it's easy to unsettle it if you're not smooth with inputs, it can feel a little unnerving, but at least it telegraphs what it's doing.

If it does get out of shape there is four-wheel drive, which can put as much as 60 per cent of power to the front (or up to 90 per cent to the rear), to help pull it straight. But it's better to be positive, keep it neat, and tell the SV what you expect of it early and considerately. Then it offers huge amounts of fun and engagement. And speed - the Aventador simply monsters the track in Barcelona where we drove it.

Thankfully the standard carbon-ceramic brakes resist fade well and have huge stopping power and fine feel. If there is anything we'd like improved, though, it's the smoothness of the 'ISR' robotised gearbox. Lamborghini says it's an 'emotional' gearchange and that it shifts as quickly (as low as 50ms) as a race sequential gearbox. But already the company uses a twin-clutch system in the smaller Huracán model, and it espouses the benefits of that setup. It can't think they're both the optimum transmission. We think a twin-clutch automatic is better. The ISR does allow the Superveloce to accelerate off the line at fearsome speeds and bangs through shifts quickly at high revs. And it's at extremely high speeds where you get the benefit of that massive power, says Lamborghini. At lower speeds there's only so much power you can use, which is why the 0-100km/h time is 2.8 seconds; down by only 0.1 seconds on the standard Aventador. But the huge maximum power output makes itself shown in the seemingly endless acceleration towards the Superveloce's top speed, quoted as 'over 350km/h'.

We've estimated that the Aventador LP 750-4 SV would cost €725,000 imported into Ireland, so trying to assess this car's value for money quotient is a little pointless. Buyers at this level know what they want. For the record, Lamborghini offers the Superveloce in six colours, including Rossa Bia - a striking new red hue - paired with black Alcantara. Of course, many will eye up the 'sky is the limit' options available through Lamborghini's Ad Personam personalisation program. As standard, this Aventador does without electric seat adjustment or even a stereo, but it's easy to add them back in. We wouldn't bother.

Aston Martin GT12: technically this one is sold out already, but equally dramatic looking and at home on the circuit. Not quite as fast though.

Ferrari F12: spectacular to look at and drive, just as powerful as the SV, yet usefully cheaper.

McLaren 675LT: much less flamboyant than the Lamborghini, and down on power, but very promising.

That the most expensive car in Lamborghini's line-up is extremely fast is no surprise, but the fact that its pace is not the thing that sticks out in your memory after a decent drive is. Lamborghini has seemingly improved all aspects of the Aventador turning it into an even more accomplished supercar that delivers on every level. Spectacular.