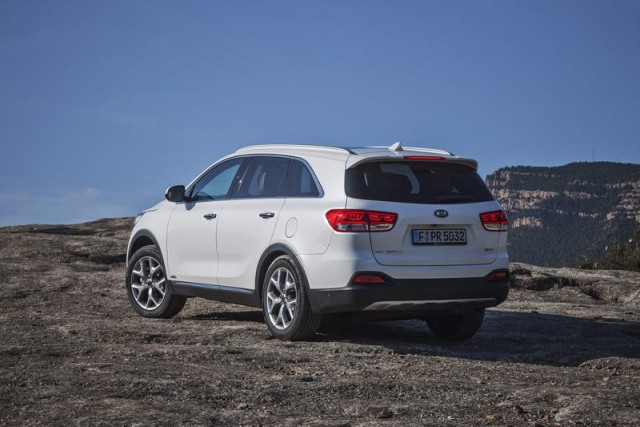 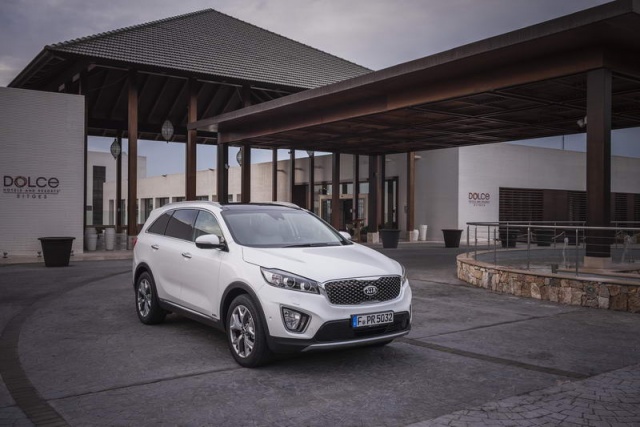 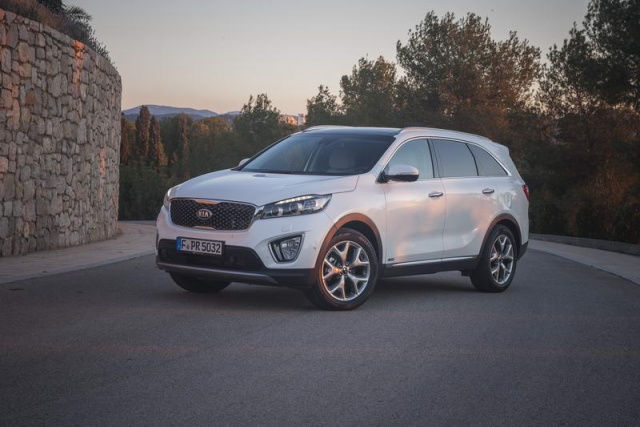 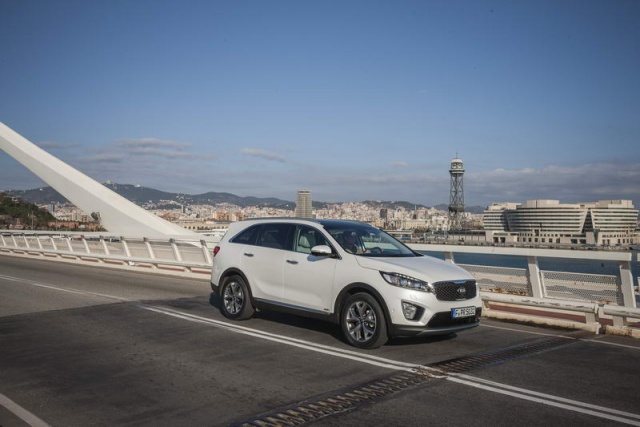 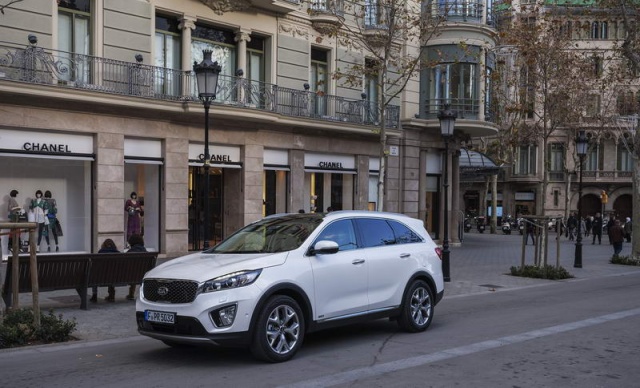 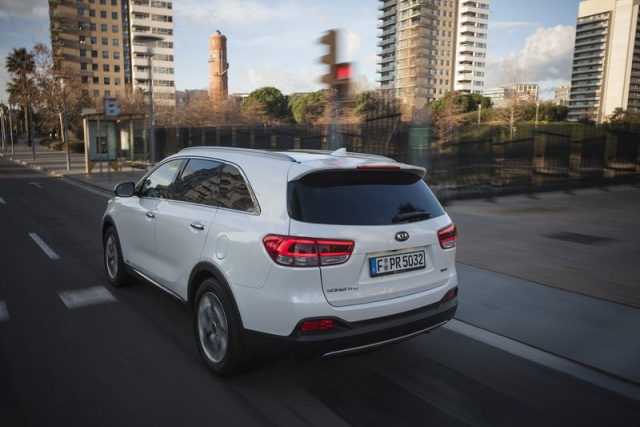 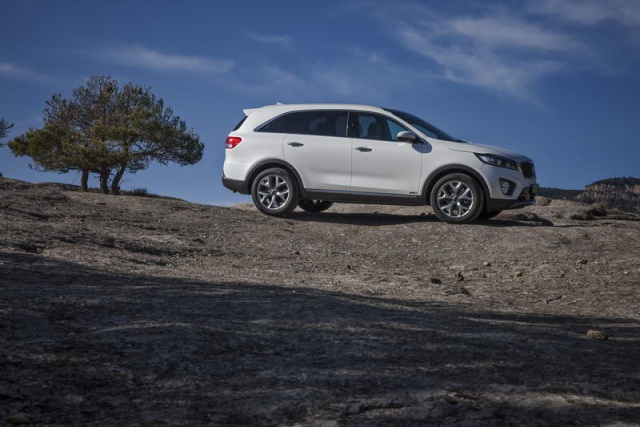 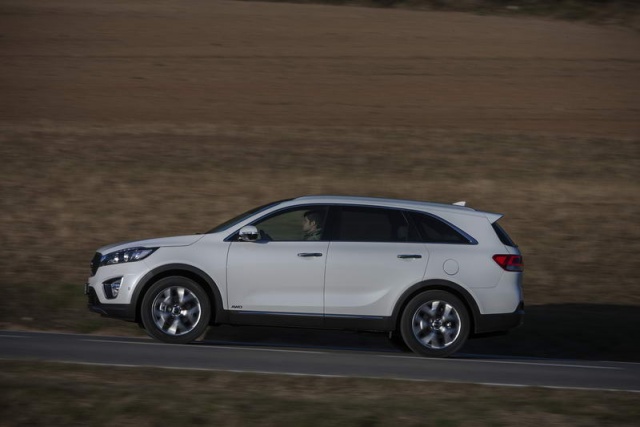 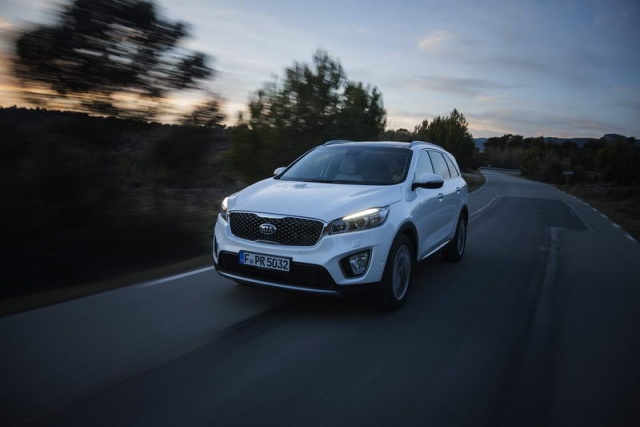 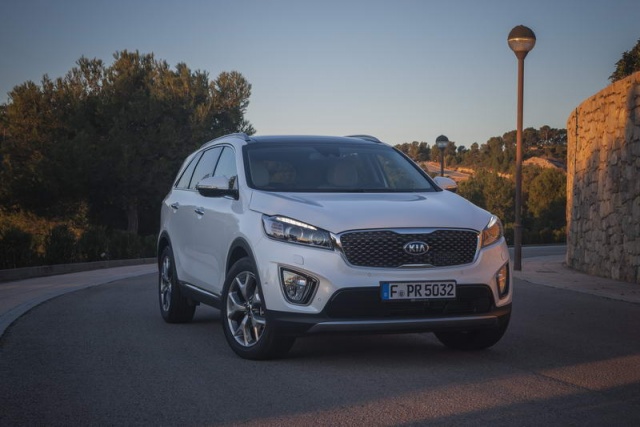 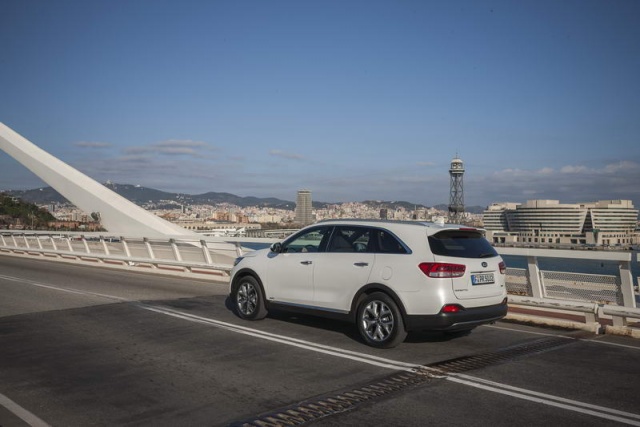 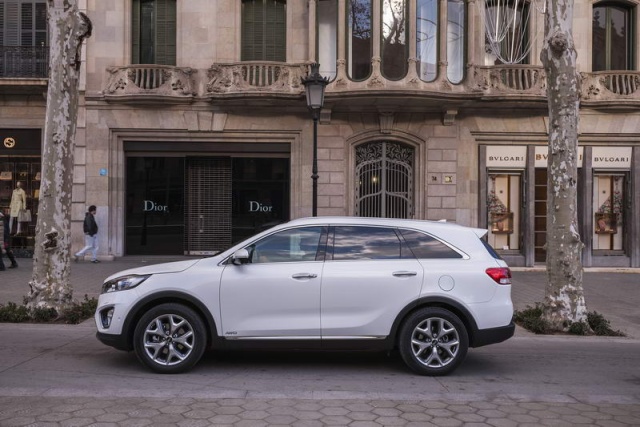 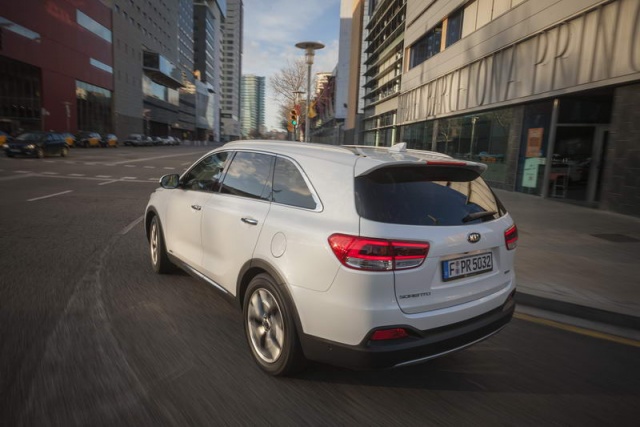 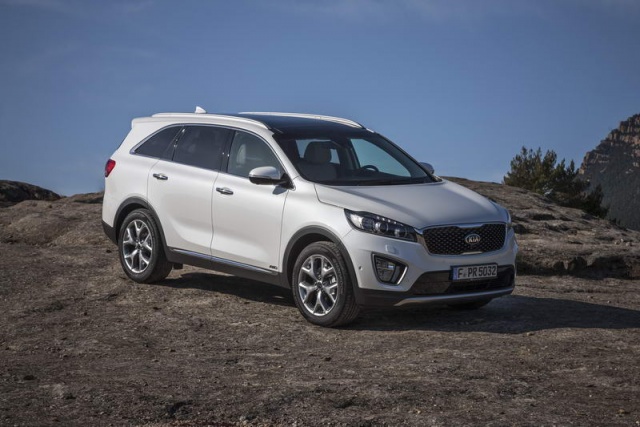 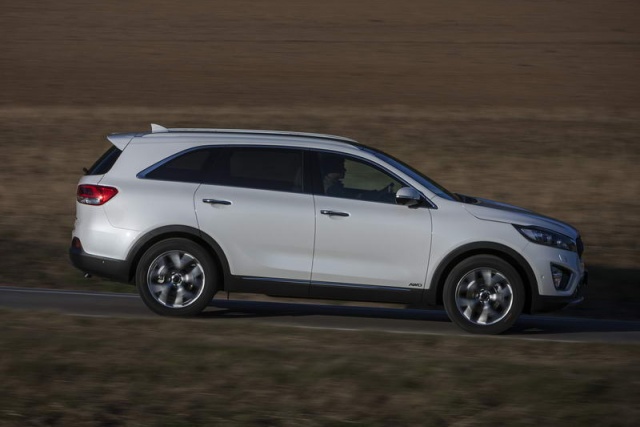 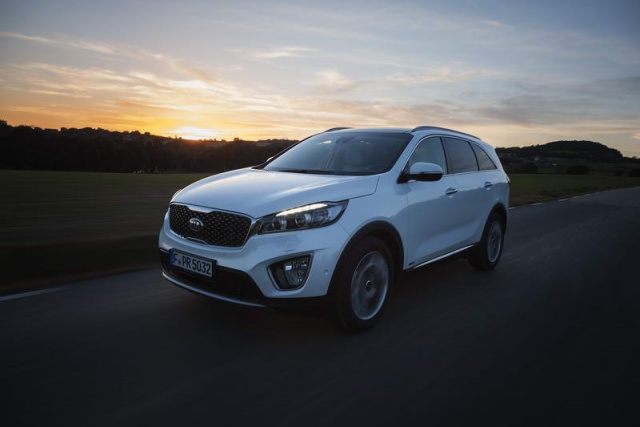 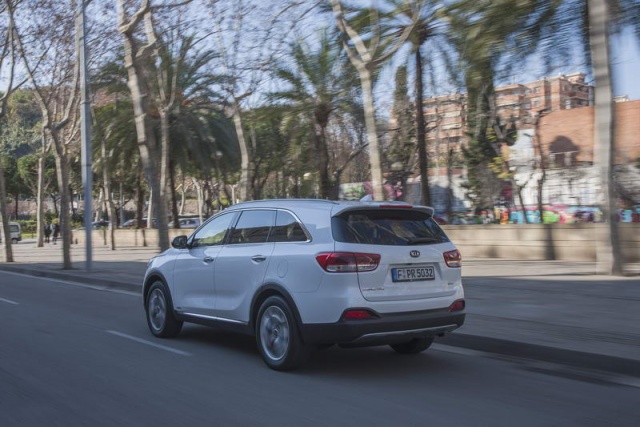 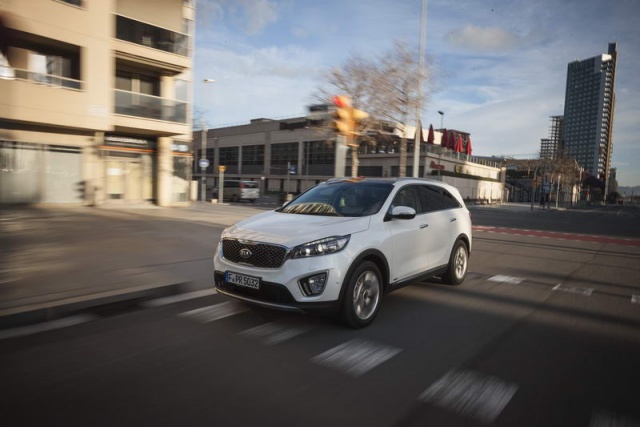 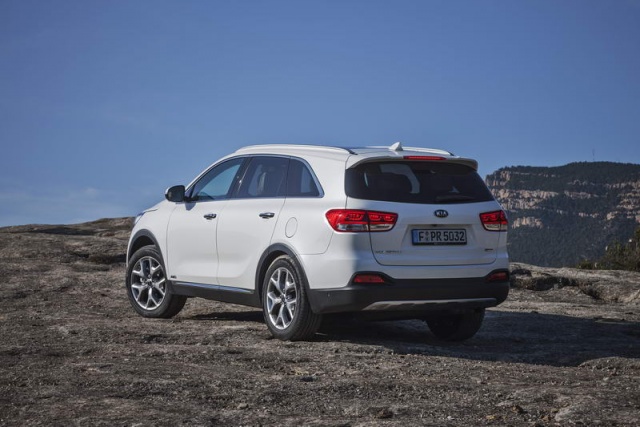 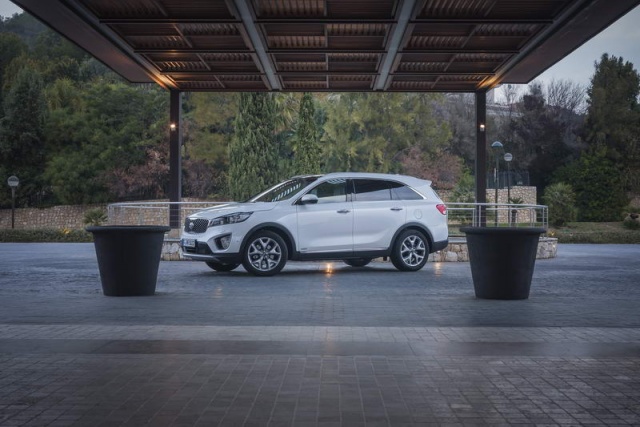 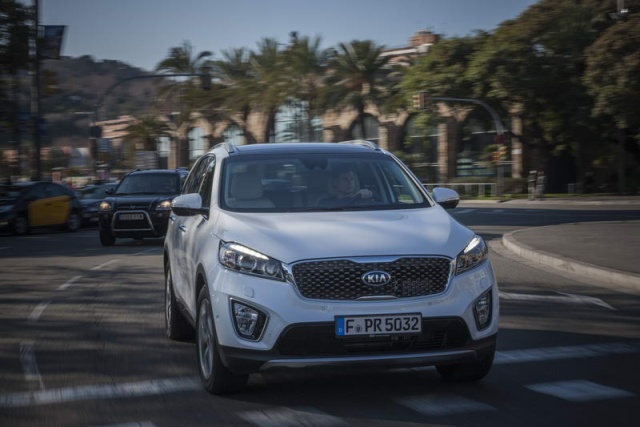 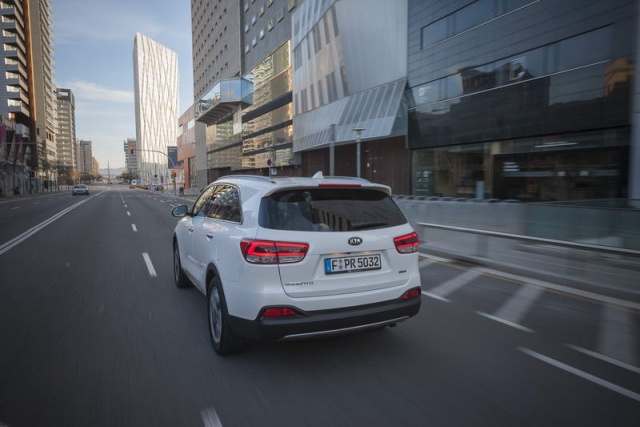 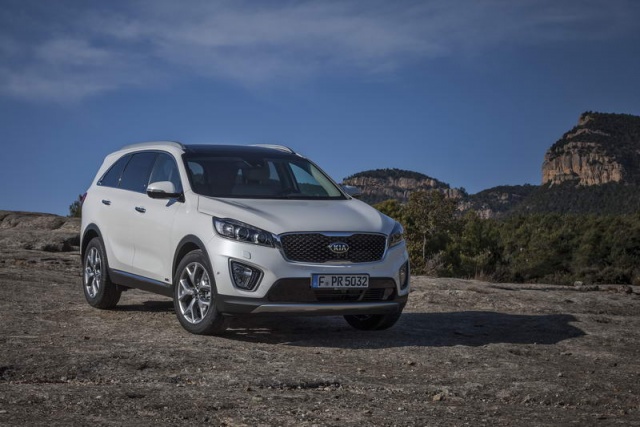 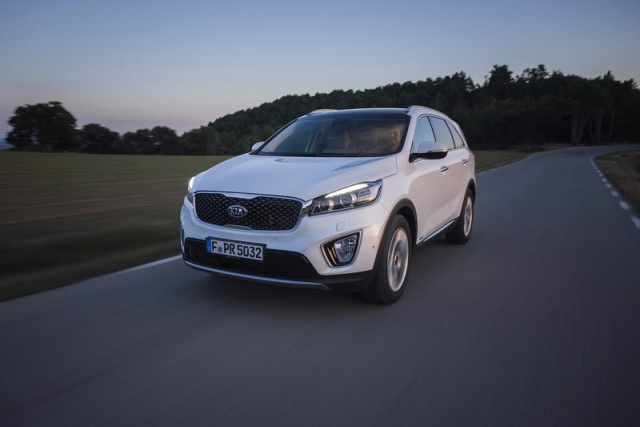 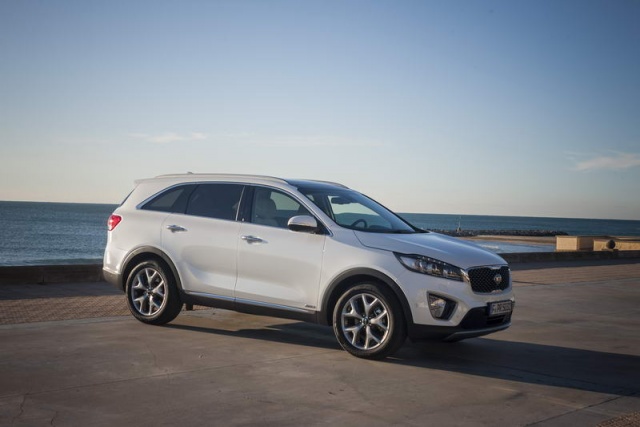 Kia's Sorento takes aim at premium SUVs in its third generation. Is it a hit or a miss?

The styling and even some of the engineering of the 2015 Kia Sorento may be evolutionary but the large new SUV takes another step closer to established 'premium' rivals in its latest iteration.

When it arrived in 2002 Kia's Sorento was a practical, value for money offering that was fairly primitive in design and a little uninspiring to look at. It sold by the bucket load, primarily because of its prodigious towing ability - you could hook anything up to the Sorento and it would drive on without a care in the world. As popular as the first generation was it did not sit well with Kia's flourishing corporate image. No longer the bastion of cheap motoring the Korean brand was branching out and needed to appeal to mainstream buyers who were less concerned about towing prowess and more about look and feel.

The Sorento's metamorphosis from no-nonsense practical to urban chic (but still with the ability to get its tyres dirty) is now complete with the third generation car tested here. The new model uses the same basic monocoque underpinnings as the outgoing car - as opposed to the crude body-on-frame design of the first generation - but it has been extensively reworked. It may not be able to tow Mount Rushmore in its wake, but the new car is more passenger orientated and more sophisticated than before and that is what Kia is after. This is evident when you look at the figures: 80mm has been added to the wheelbase for added legroom, the car is wider and longer yet lower - it's more athletic looking, which is not something that can be said for all 1.8-tonne and near five-metre long SUVs.

The front end is dominated by an XXL version of the trademark 'Tiger Mouth' grille and the overall frontal styling has apparently been inspired by the face of a wolf (stylists eh?). There are tidier lines, more chrome or silver trim than in the old model and a new spoiler out back, all leading to a better looking car than before.

Inside, the standard-fit seven-inch infotainment screen is now on the same level as the instrument cluster meaning less time with your eyes off the road. The first two rows of seats have acres of legroom and a redesign of the second row folding mechanism now means it is easier to access the third row of seats on seven-seat models. It is still not the easiest feat to accomplish and the high floor does lead to something of a 'knees around the ears' feel for adults, but it is an improvement. Despite the drop in overall height there is actually more headroom in the cabin, which, as we have come to expect from Kia, is absolutely loaded with technology.

Active cruise control makes its first appearance on a European Kia, as too does an around view monitor that uses cameras mounted around the body to display a birds-eye view of the car at low speeds. Handy when parking a vehicle the size of the Sorento. Of course you don't have to do the parking for yourself, as there is also a self-parking system available on the options list. Seats up front can be heated and chilled, while the second row has to make do with just heating. Occupants do get a USB charging point for their smartphones though so all is not lost and those in the very back have separate controls for the Sorento's climate control.

The body of the Sorento now uses 53 per cent high tensile steel making it more rigid than before and while the basic suspension components are the same they have been mounted differently to provide better comfort and on-road manners. Looking at it, you'd expect the Sorento to handle as ponderously as a baby elephant still trying to find its feet, but it actually shrinks around you as you drive, proving more agile than its dimensions or kerb weight would suggest. There is no huge enjoyment to be had from hustling it though as, in that Kia way we have become accustomed to, there is a distinct lack of feel to the steering. This is despite the fact that the power steering motor has moved from its old place on the column to its new home on the rack to counter just this issue.

The engine (the only one that will be offered in Ireland) is the tried and trusted 2.2-litre CRDi diesel unit that has been tweaked for Euro6 compliance. Offering up 200hp and 441Nm of torque it has the required grunt to move the Sorento with haste; 0-100km/h is dispatched in 9.6 seconds (9.0 for the manual version) for instance, which bodes well for towing heavy loads. The biggest change in relation to the engine is not to the powerplant itself but to the level of noise insulation. Kia has used more than twice as much sound deadening than before meaning the diesel unit only becomes noticeable in the cabin higher up the rev range, improving refinement and sophistication. Unfortunately there is only so much that can be done with the wind noise created by the large door mirrors.

Trim lines for the new Sorento are largely carried over from the existing line-up in Ireland so the range kicks off with the €38,995 five-seat EX model with a manual gearbox. Kia Ireland expects the vast majority of buyers (as much as 90 per cent) to opt for the seven-seat version in range topping Platinum specification, which is available from €43,995.

Added to the already generous specification of the old Sorento are standard fit items such as a seven-inch touchscreen infotainment system with satellite navigation (an eight-inch unit with upgraded Infinity audio is optional), silver skid plates front and rear and an Active Hood System that no doubt contributed to the Sorento's five-star Euro NCAP score. Platinum models also get a seven-inch full colour TFT instrument cluster that can display the usual trip computer information as well as navigation.

Despite a more premium look and feel to the Sorento and the value of the Kia brand jumping from 84th to 73rd on the Interbrand value list the Korean company is keen to distance itself from the premium manufacturers that dominate the large SUV segment. The technology does exist within Kia cars to offer some of the features seen in the likes of the BMW X5 and forthcoming Volvo XC90, but it would have jacked up the price and forced Kia to play those 'big' brands at their own game. The upmarket move is coming - just slowly.

The third generation Sorento carries its status as Kia's flagship model well across its wide shoulders. Better looking, better to drive and better equipped than before it is closer to its premium rivals than ever. With seven-seat capabilities it should prove a popular choice for those with growing families. And that's before we mention its seven-year warranty...