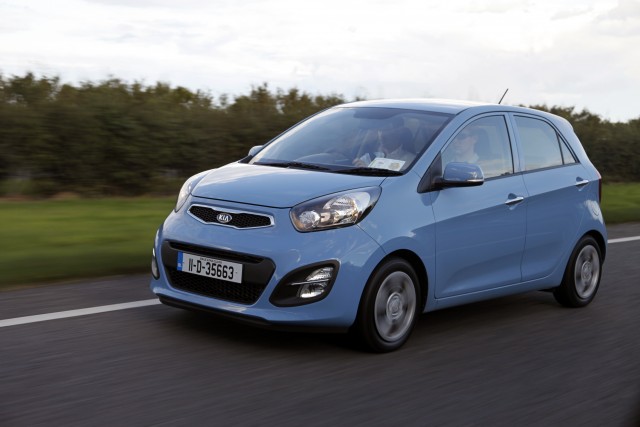 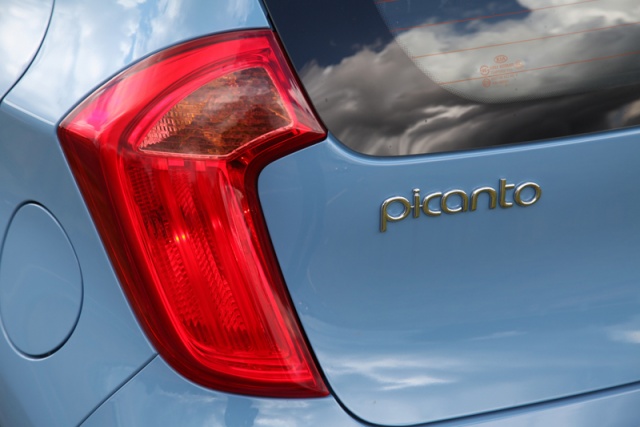 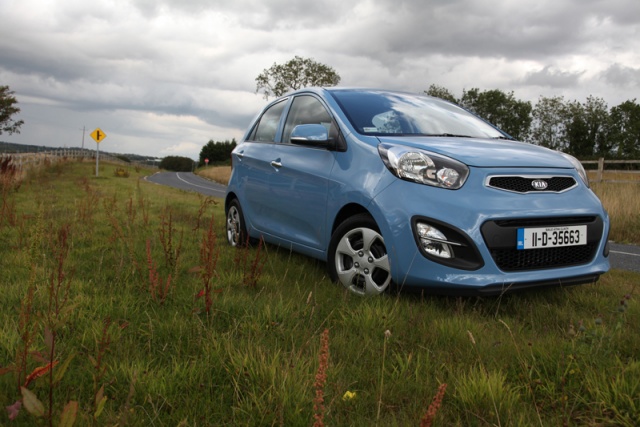 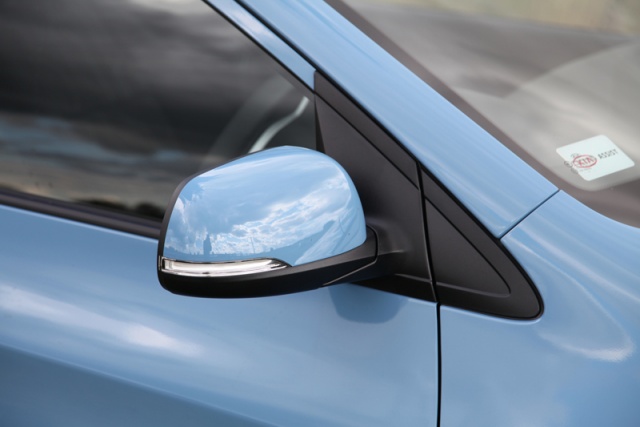 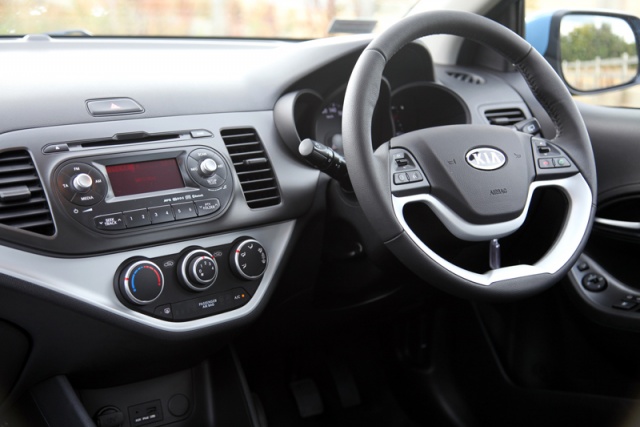 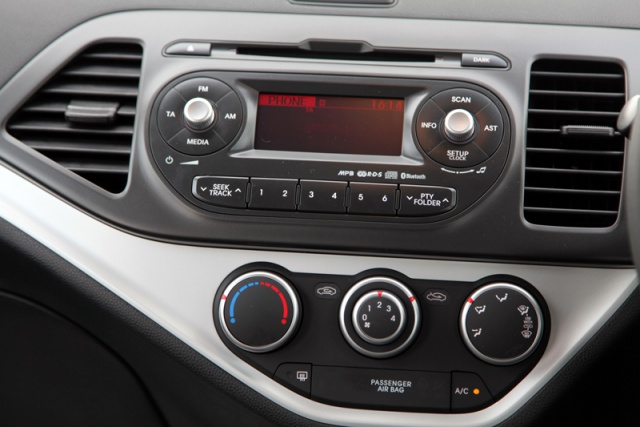 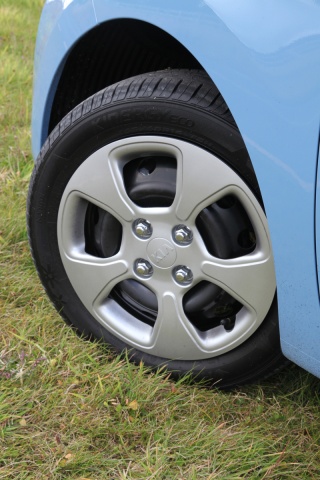 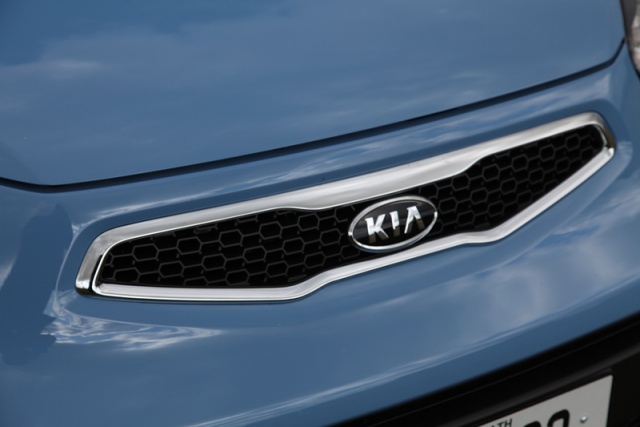 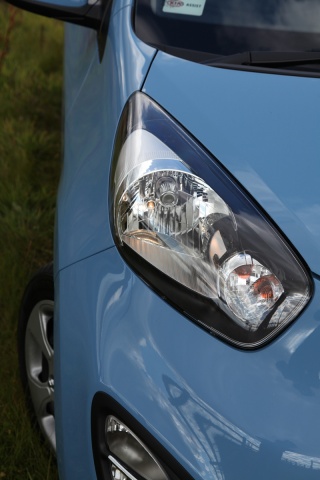 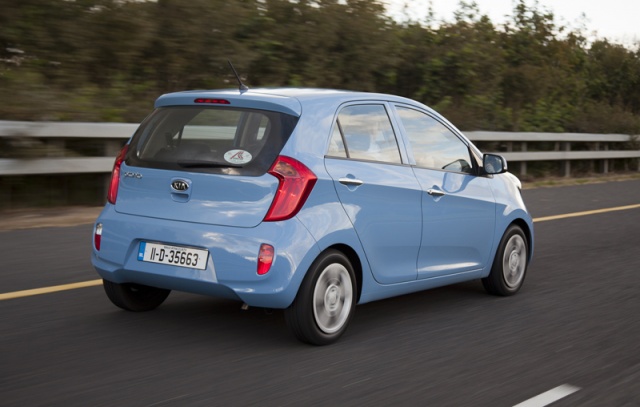 Kia's new Picanto is a small car with a big soul. We couldn't help but be charmed by it.

The last Picanto was light and flimsy and looked cartoon-like, but this new model looks infinitely better. Adopting the new Kia front grille, which is quickly becoming a hallmark of the brand, it gives the car a much better presence. The Picanto is bigger than before too. It is 60mm longer and has a 15mm longer wheelbase, which might not sound like much, but it is particularly good news for rear seat passengers.

There is a massive improvement to the interior and we are particularly impressed by the new cabin layout. It looks and feels more like a bigger car and finding items like steering wheel mounted audio controls, air conditioning, Bluetooth and USB ports in a car that costs under €13,000 is really impressive; it lays down a marker for other brands who charge hugely for these features. Even small details like fitting a leather-trimmed steering wheel and gear lever add to the overall feeling of quality and aside from the small size of the car you could feel from the cabin that you are driving something a lot more substantial. The space is fine in the Picanto up front, with 36mm more legroom than before, which makes it comfortable to drive for six-footers.

Ok this isn't a fast car, but we really liked the 1.0-litre three-cylinder engine, which, although having just 69hp, sounds good, with lots of grunt. You have to work the Picanto really hard to get the best out of it on the motorway, but around town it is really at home and feels lively. Stray out of the town and the Picanto feels less at home.

You wouldn't expect a car built primarily as a city dweller to be up to much in terms of handling, but the Picanto isn't actually too bad. Squeezing every ounce of power from the three-cylinder engine can become a little wearing but it does have quite a go-kart appeal when you push it on. The gearbox is quite smooth for what is a pretty basic car.

The Picanto does get a little unsettled by poor road surfaces, of which we have many in Ireland, but on smooth tarmac it is pretty comfortable. There isn't a lot of sound insulation so that can make the cabin feel a little noisy at times. What was pretty remarkable for us in the Picanto is that it has quite firm steering with good feedback, which is unusual for a car like this. It doesn't mean that the Picanto is any sort of performance hot hatch (there simply isn't enough going on under the bonnet for that), but the car is perhaps the best set-up in the A-segment of any car we have driven.

If Kia had managed to put alloy wheels onto the EX version instead of the steel wheels that are on it, this would be the best-equipped small car for the money anywhere. As it stands it must be close, because for just over €12,500 you get air conditioning, an iPod port, Bluetooth that will stream your music and control your phone, leather steering wheel and gearknob and steering wheel mounted controls. It is remarkably well equipped and very impressive for the price.

Fuel economy is great too. Despite having a pretty dinky fuel tank, fuel economy of 4.2 l/100km means you don't have to fill it up much and with emissions of less than 100g/km annual road tax is just €104 - and if there is a new incentive for cars with less than 100g/km then you will be covered too.

This is a really good little car and very likeable. Most of the cars in this segment feel quite tinny and insubstantial but Kia has managed to make the Picanto feel much better sorted. We really like it.