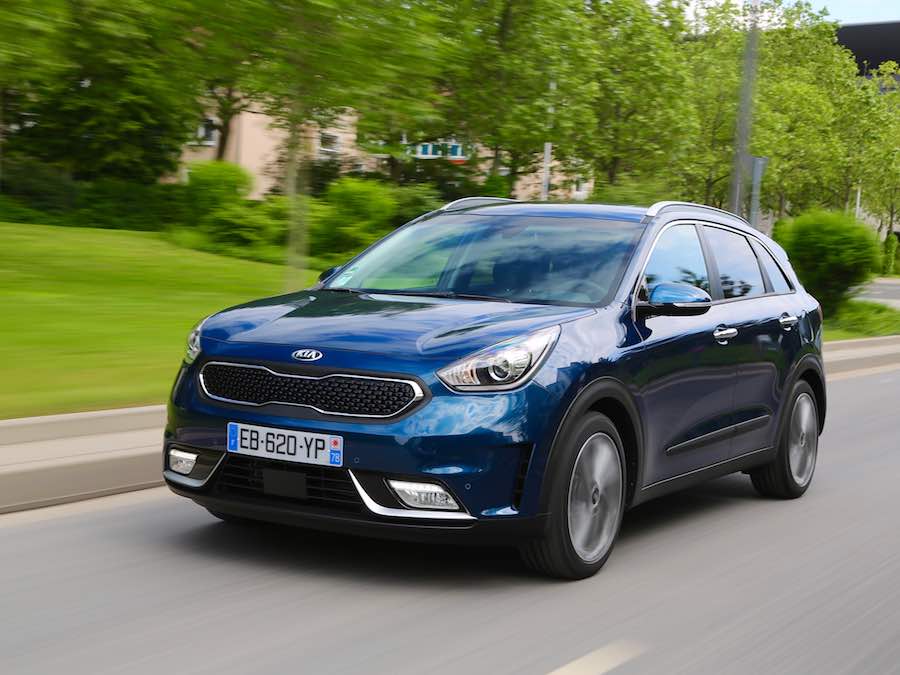 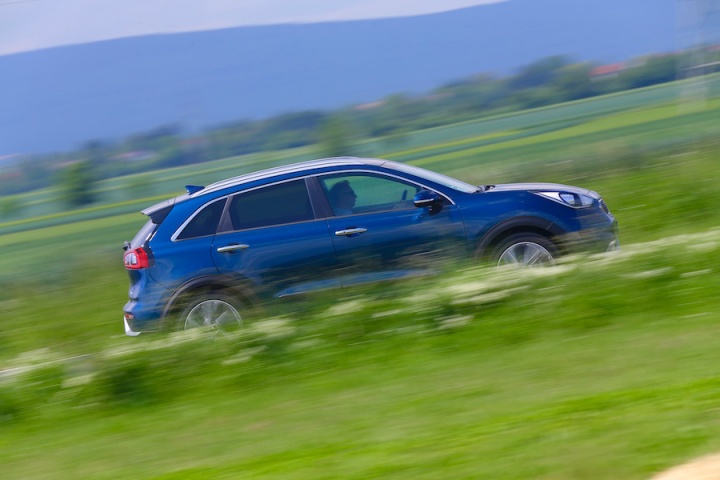 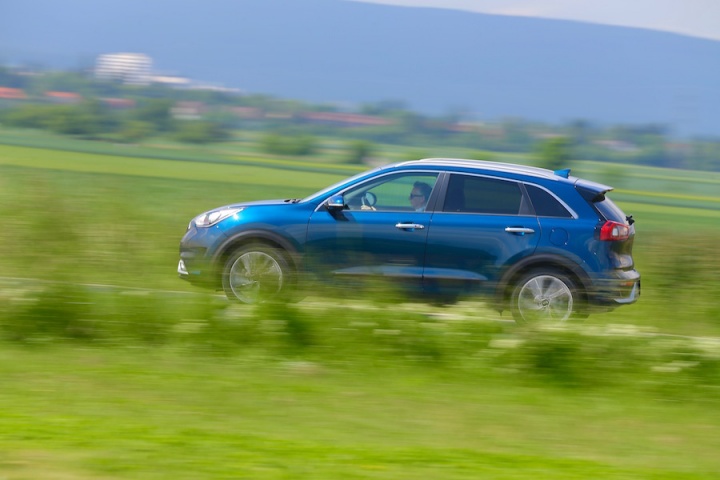 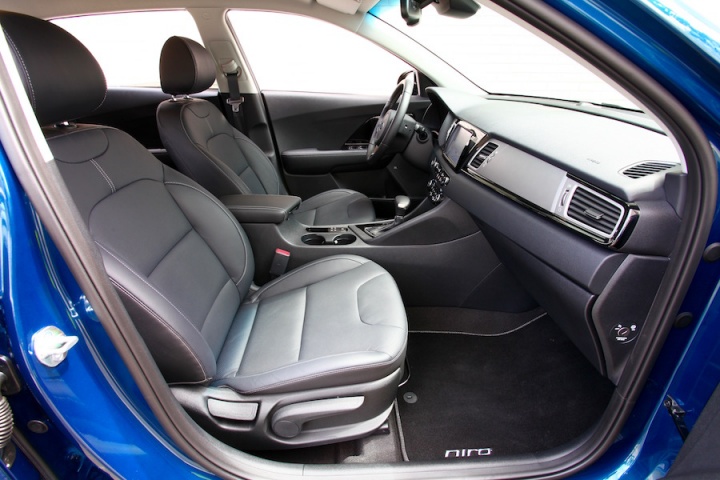 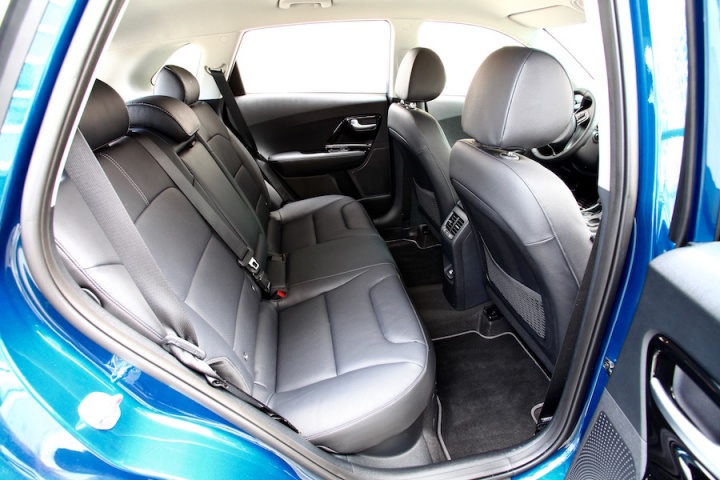 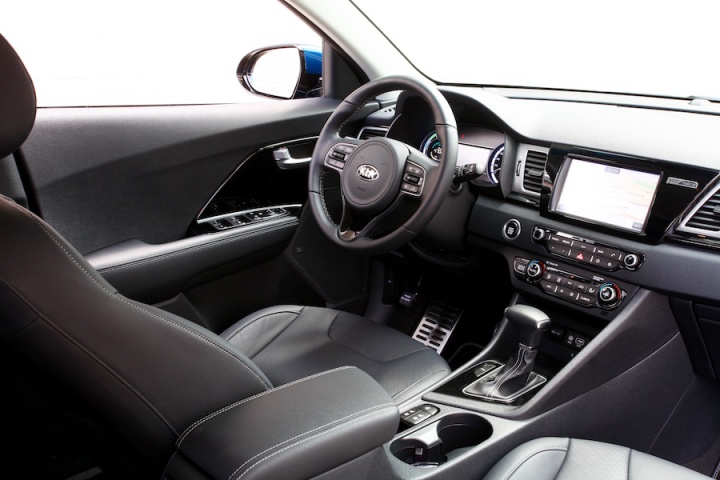 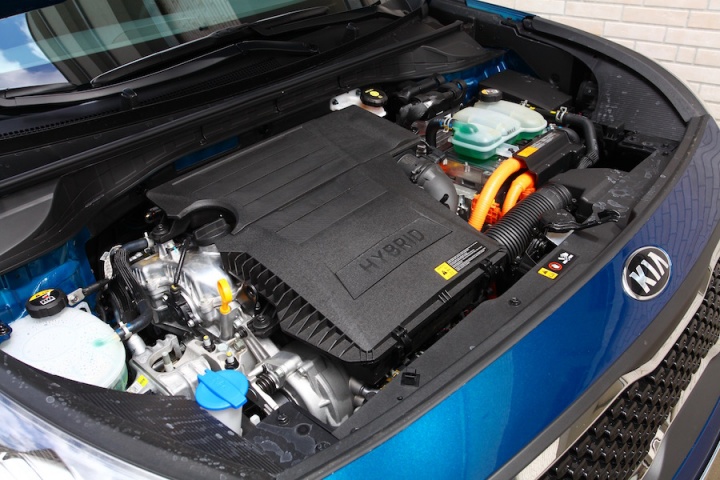 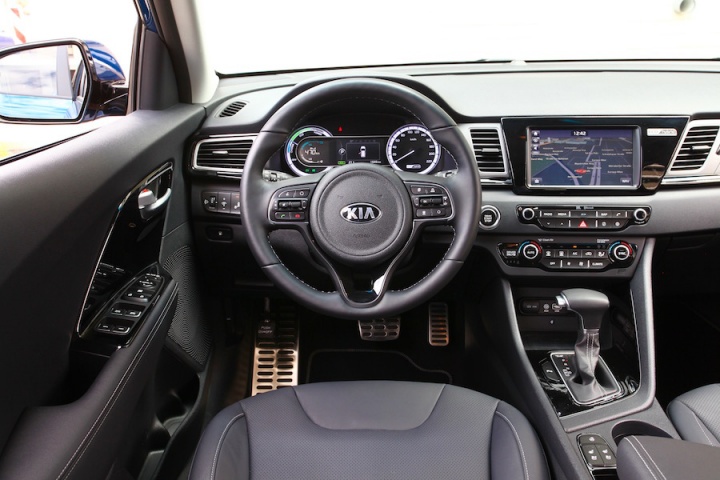 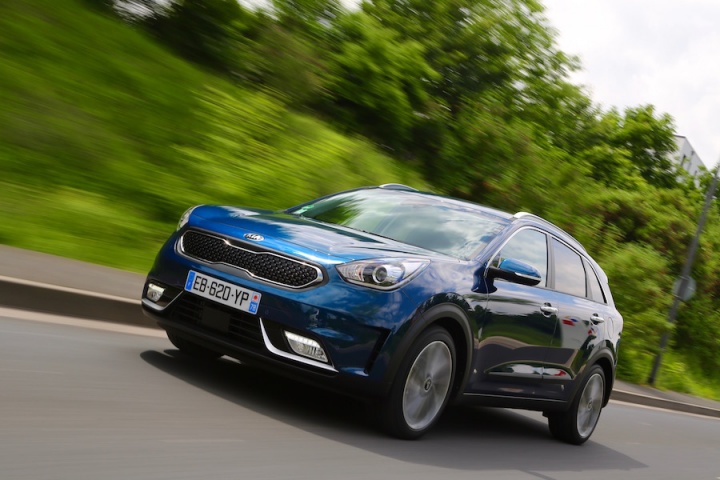 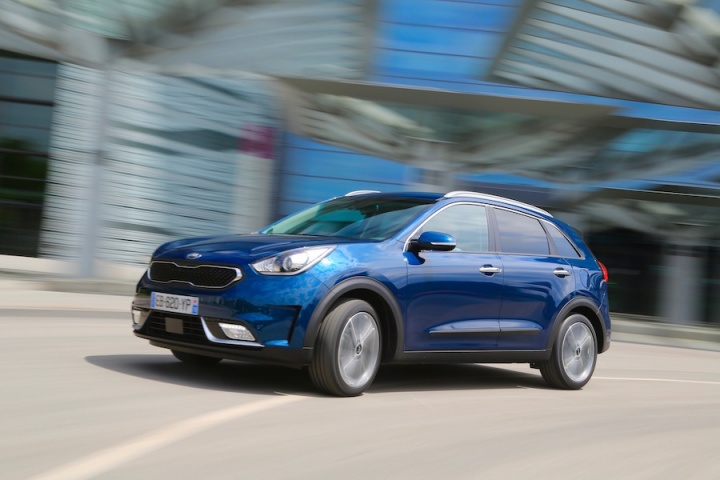 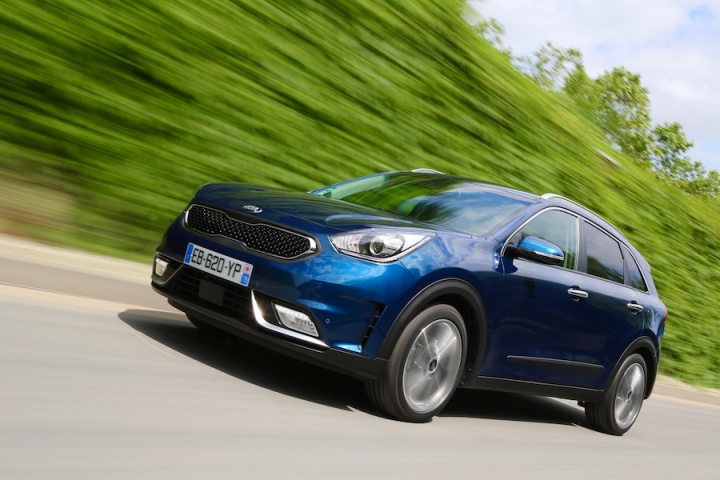 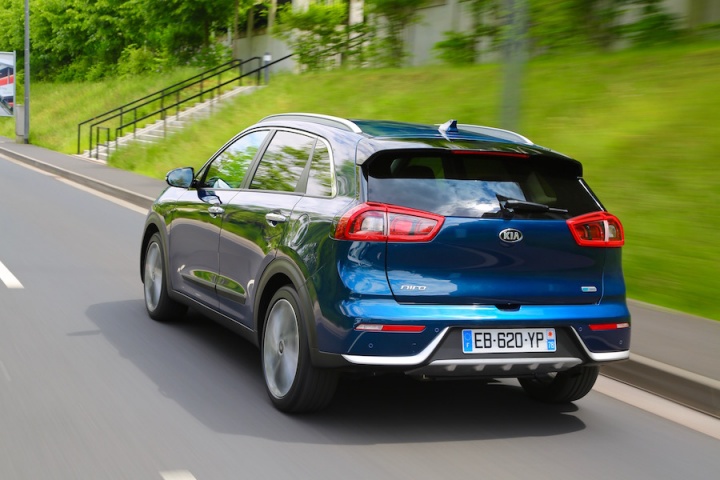 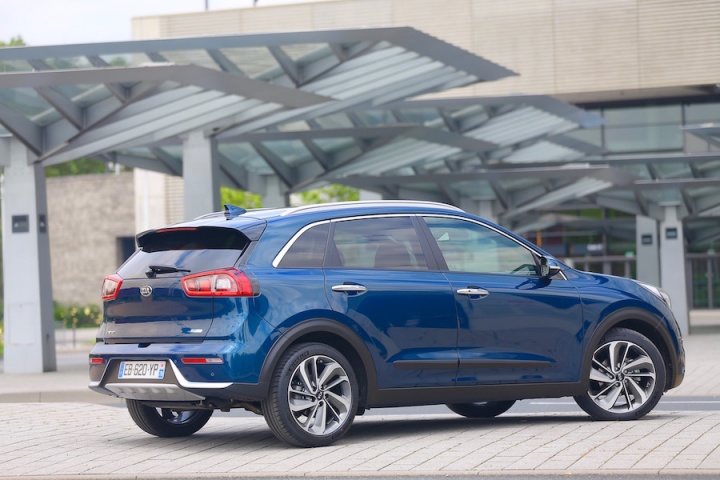 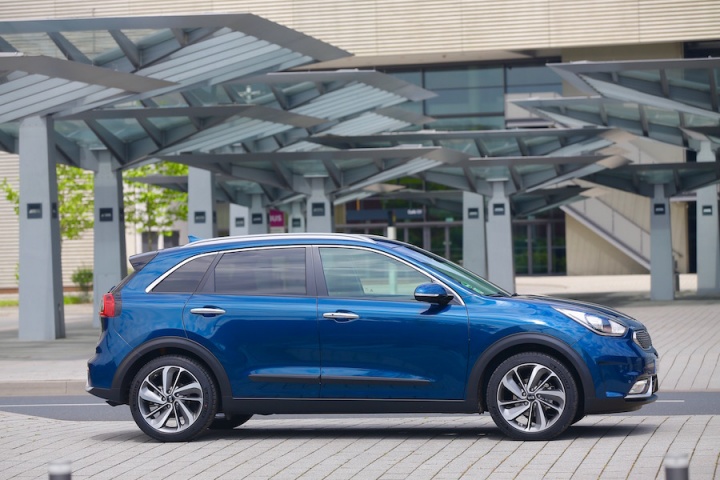 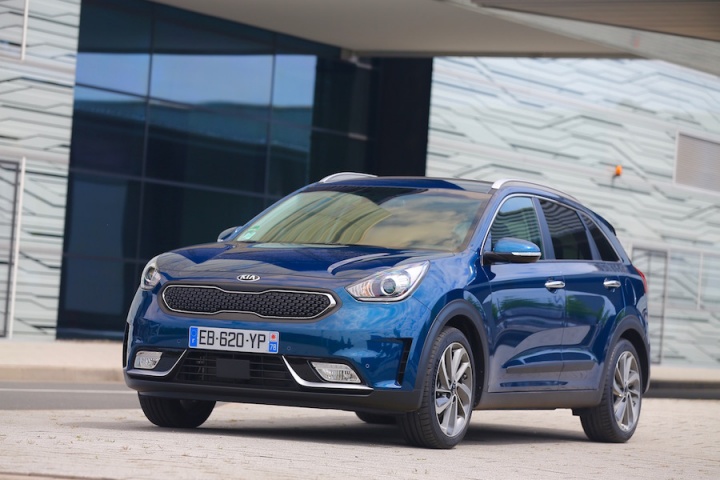 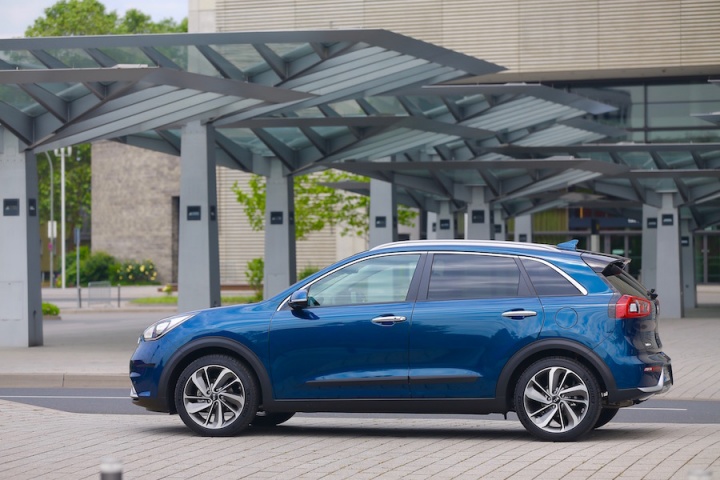 Kia slots another crossover into its line-up and this time it comes only with a mild hybrid drivetrain. The Niro is a smart-looking, spacious and comfortable vehicle that promises low running costs for those that don't need a diesel, although it's not the most exciting machine to drive.

The current Kia design language of separating the headlights from the 'tiger nose' grille works a little better here than it does on the larger Sportage SUV, even if some of the details are 'challenging'. Like those scoops on the bonnet, or the particularly striking lower bumpers fore and aft. Nevertheless, we approve of the Niro's appearance and it is aided by a profile that features a long roof and a short bonnet, accentuating its sportier aspects. If you're wondering how big it is compared to a Sportage, it's 125mm shorter and 100mm lower too, although the Niro's wheelbase is 30mm longer, allowing for increased rear passenger space. Kia envisages this crossover to therefore sit above the cee'd, below the Sportage and (sort of) alongside the Soul in its range. One word of styling warning, though: the standard 16-inch wheels give the 88g/km and 3.8 litres/100km (74.3mpg) figures; fit a set of 18s and the numbers are less impressive at 101g/km and 4.4 litres/100km (64.2mpg) - although being in road tax Band A3 at €190 a year is only €10 more annually than the greenest Niro.

The interior's not quite as attractive as the exterior. At least it's all clearly laid out and reasonably well built, and what it really has on its side is space - that 30mm in the wheelbase does mean four six-footers should be able to sit in the Niro in comfort, although width-wise even three more compact adults would be a bit of a squeeze. The central seven-inch capacitive touchscreen is fine (an eight-inch item is an option) and there's a slightly funky detail in the instrument cluster, where the central information screen stretches away to the left into the 'power' dial. But there's no visual pizazz to the dashboard, nor clear hybrid signifiers, while some of the materials used feel a touch cheaper than Kia's usual finishing standards. Also, that steering wheel is absolutely festooned in buttons; unless you're overly familiar with Kia's layout, it's not intuitive to use the functions mounted on the spokes.

The problem here is that Kia makes big noises about the Niro being 'dynamic' like a good SUV, hence the reason the company chose to build an all-new crossover on a bespoke platform (it has been designed specifically for electrification and is not shared with any other Kia) rather than install this running gear in, say, the cee'd hatchback. The Korean company reckons customers prefer the way an SUV drives and so decided to make its new hybrid high-riding and chunky.

Yet one glance at the stats should tell you all you need to know about the way the Niro goes about its business. Kudos to Kia for not saddling its new crossover with one of those vile continuously variable transmissions (CVTs), instead opting to fit a dual-clutch gearbox with one cog fewer than in some of the brand's other models. But a normally aspirated 1.6-litre petrol GDI engine, producing 105hp and 147Nm, in a tall, 1,425kg machine, is not a lot of motor for quite a bit of metal. So even with the 32kW (44hp) and 170Nm of the electric unit to call on (peak outputs are not the sum of their parts, as the Niro has maximums of 141hp and 265Nm), the Niro isn't in the slightest bit quick. It takes it a long time to get up to motorway speed and the combustion engine sounds particularly harsh when thrashed.

It's also not a particularly engaging machine in the corners, with plenty of grip and acceptable amounts of body roll undone by numb, overly light steering and that flaccid engine. Oh, and don't expect all-wheel drive chassis characteristics, because despite its looks this crossover is purely front-wheel drive, in order to further save fuel. All told, the Niro doesn't ever feel anything like as dynamic as its maker would have you believe.

What it is, though, is serene and easy-to-use. The ride comfort is excellent, particularly so on the economy-boosting 16-inch alloys, and while the tyres become a touch too vocal at 110km/h, Kia has paid particular attention to noise, vibration and harshness (NVH) because it knows that any car that can run fully in electric mode for periods of time (and which therefore 'kills' the combustion engine's racket) only accentuates the sounds of road roar and aerodynamic turbulence about the cabin. Yet the Niro is nicely hushed in most driving conditions, so realistically it's probably bang on the money dynamically for its target market. A relaxed demeanour suits the Niro well.

Kia Ireland has confirmed that the Niro will be priced at €30,495 excluding the €1,500 hybrid grant - so €28,995. It's better equipped as standard than we could have expected, with niceties such as satnav, leather upholstery, dual-zone climate control, automatic lights and wipers, plus LED lights all-round, privacy glass and Lane Keep Assist all standard.

Don't get sucked into the Kia marketing hyperbole that this is a sharp-driving hybrid crossover and you'll find the Niro a perfectly pleasing machine. Its refinement levels are impressive, it looks sharp and it should prove to be practical if you need to cart tall passengers and some cargo about... as long as you don't plan on getting anywhere very quickly. Saying all that, Kia has given the Niro keen pricing, only a little above the entry-level Sportage, which isn't anywhere near as well equipped.

Hyundai Tucson review
Hyundai Tucson vs. Kia Niro: if all you want is an uncomplicated, easy-going crossover, the 1.7-litre CRDi Tucson is really rather excellent. 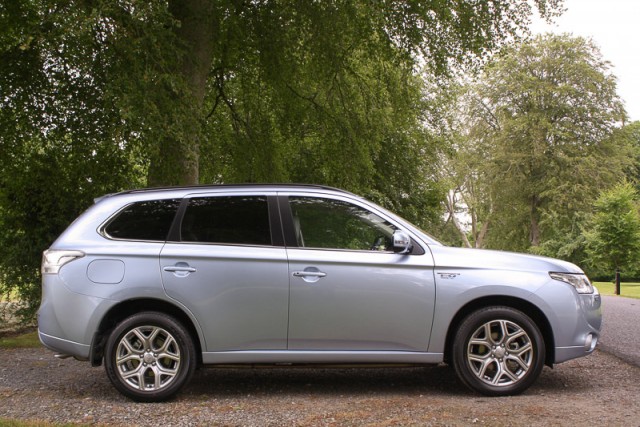 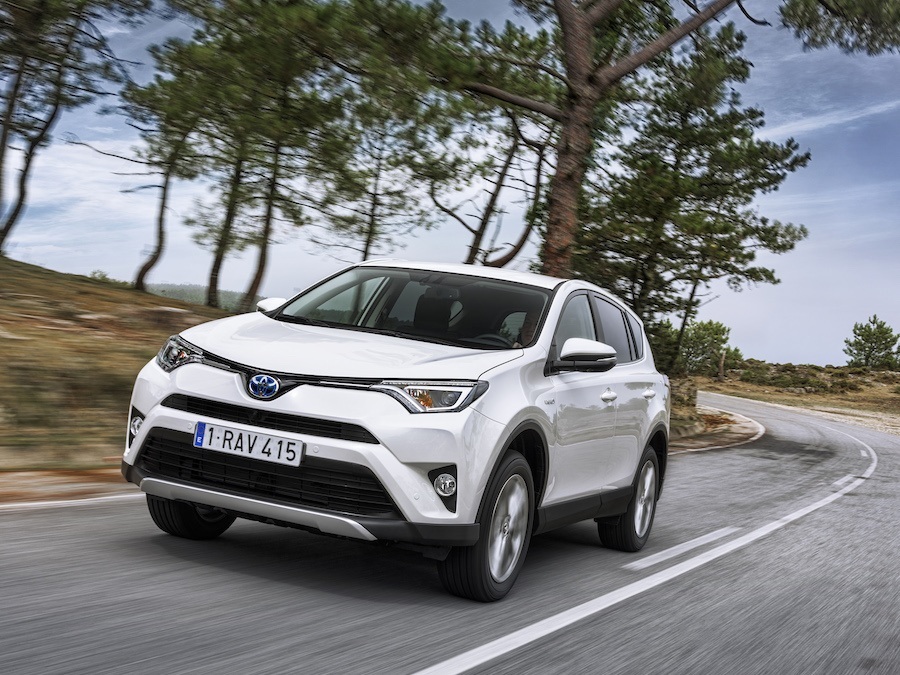