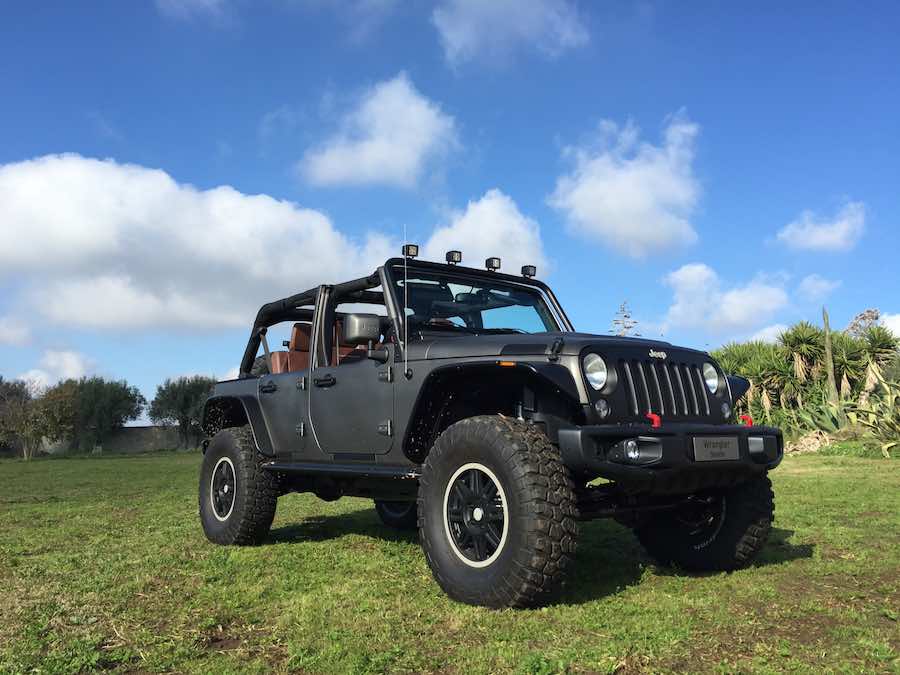 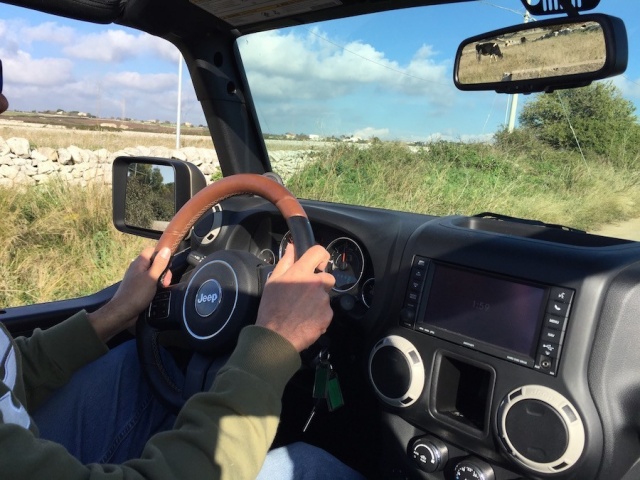 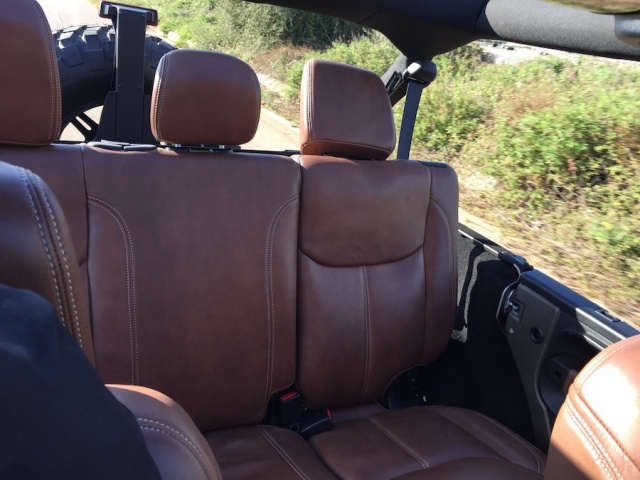 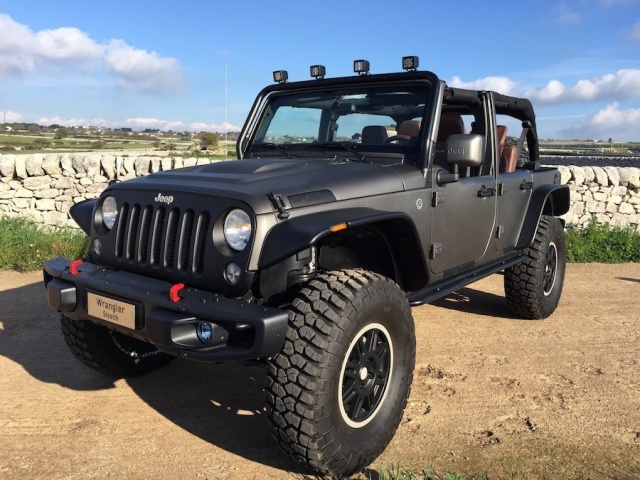 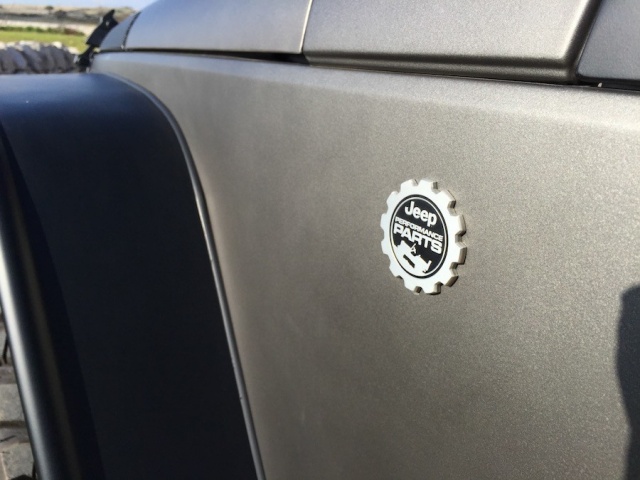 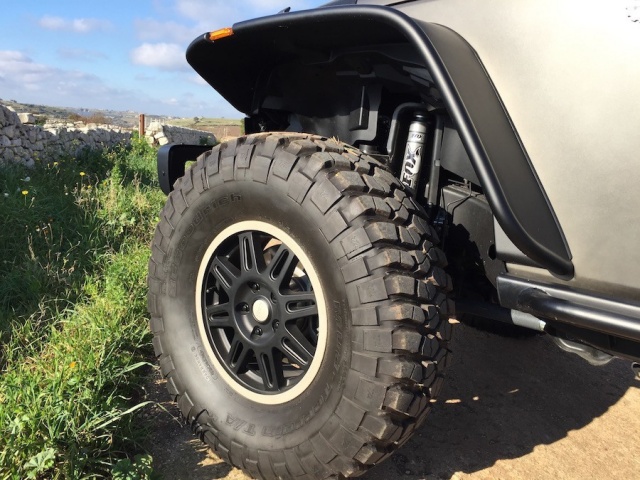 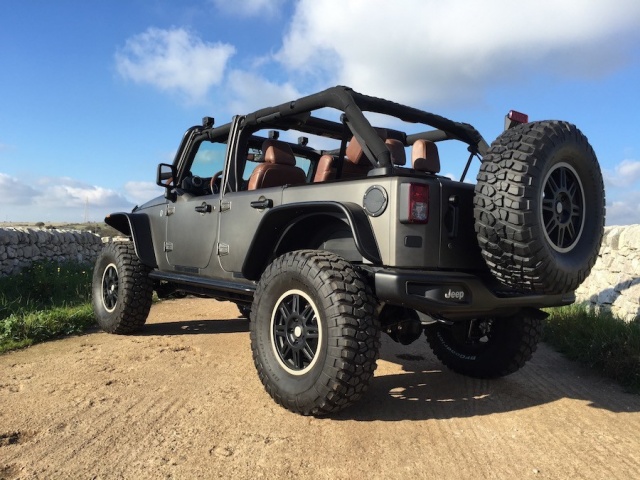 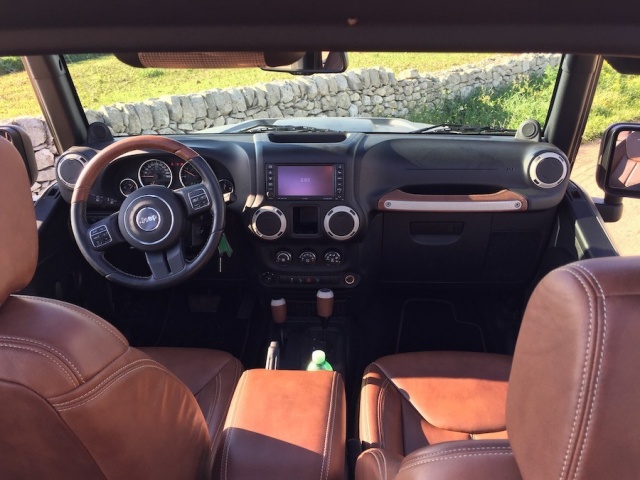 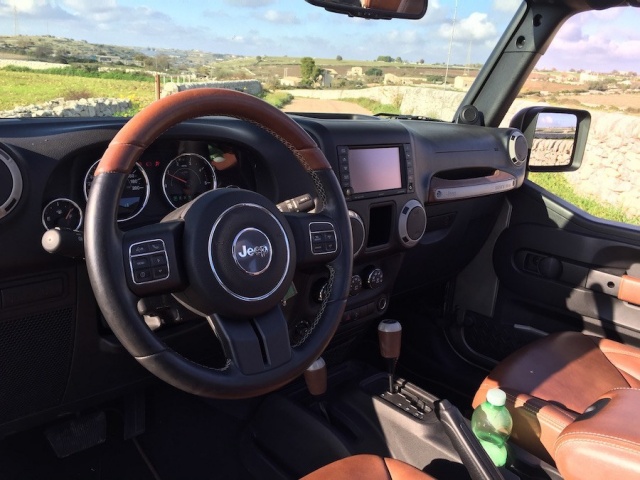 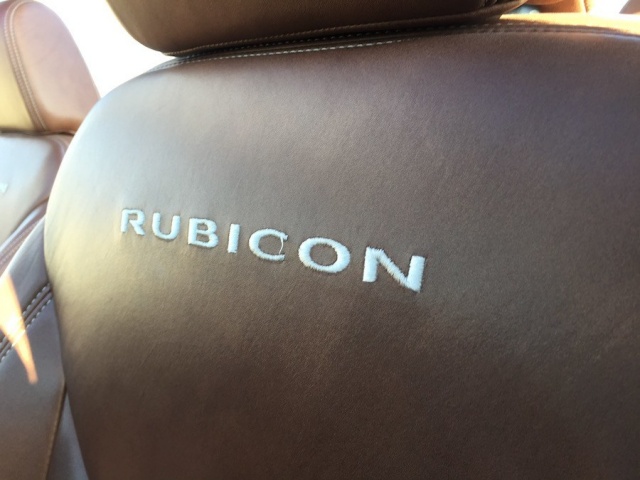 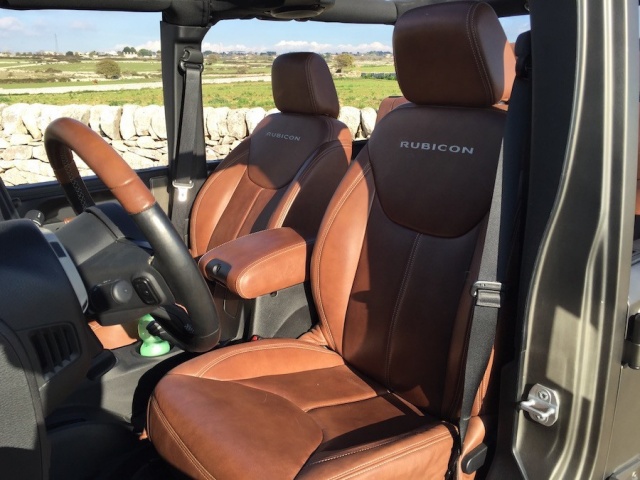 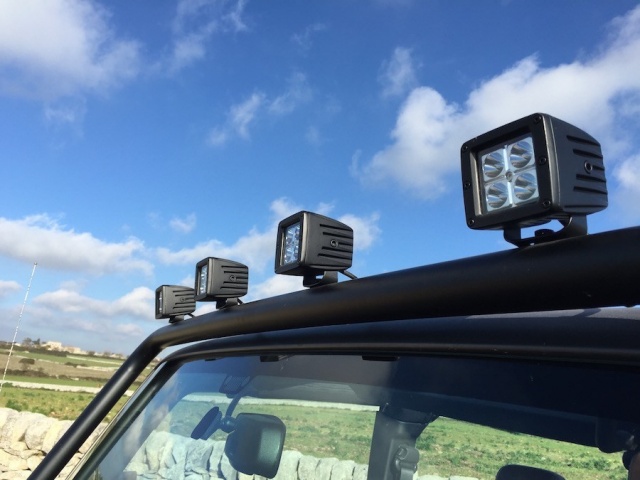 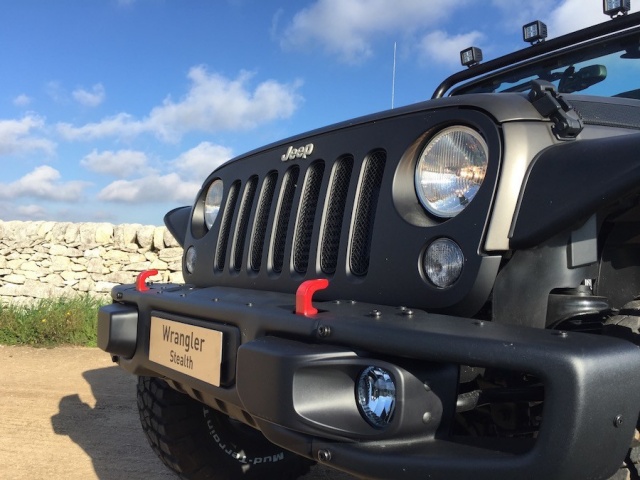 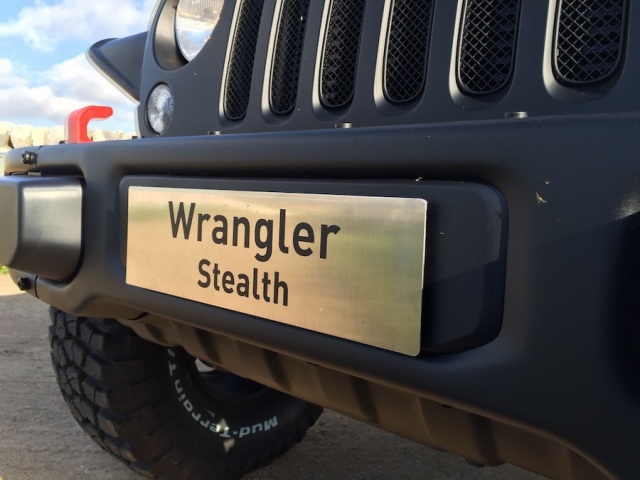 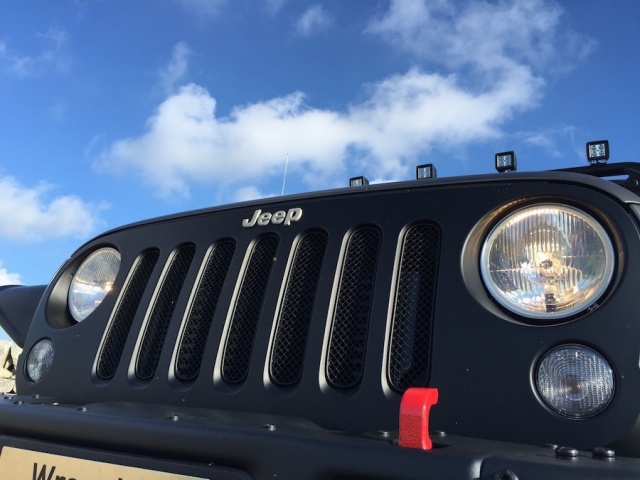 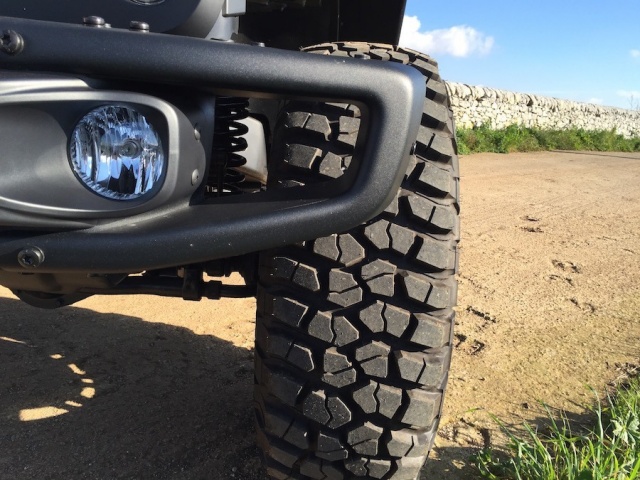 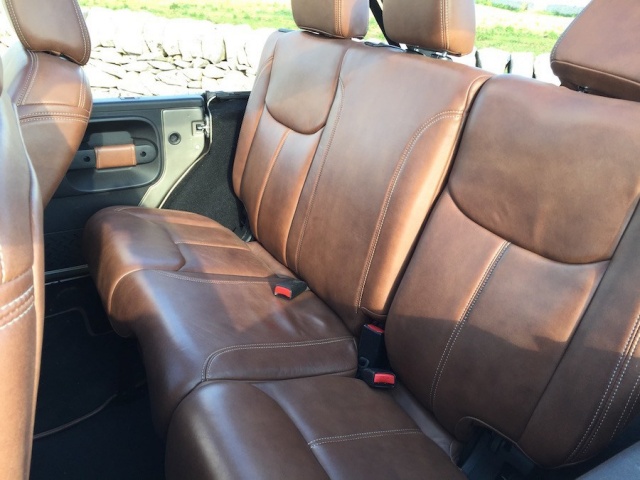 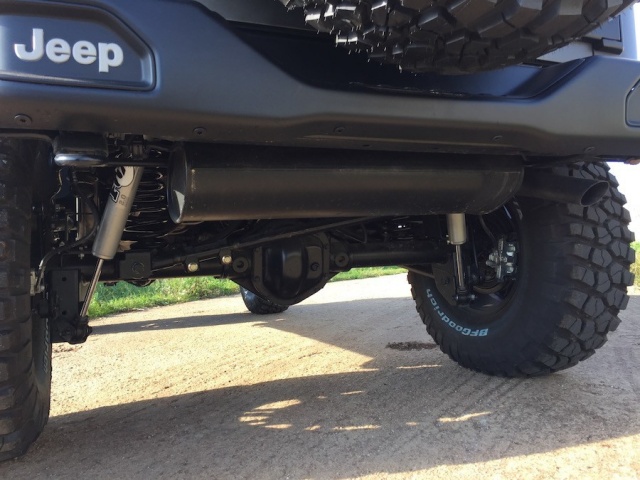 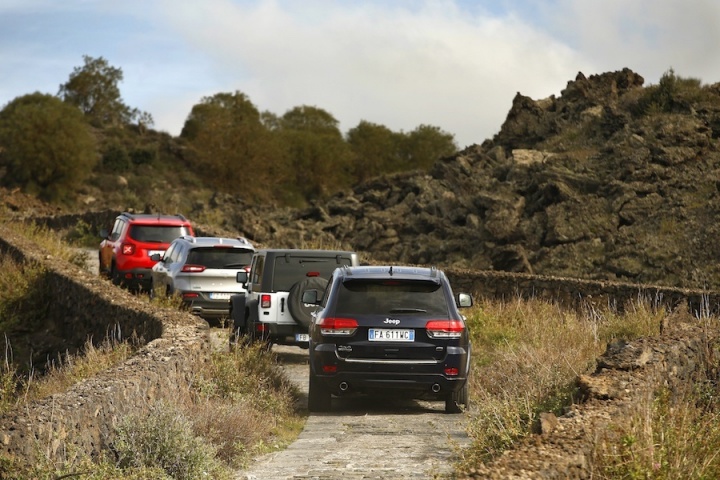 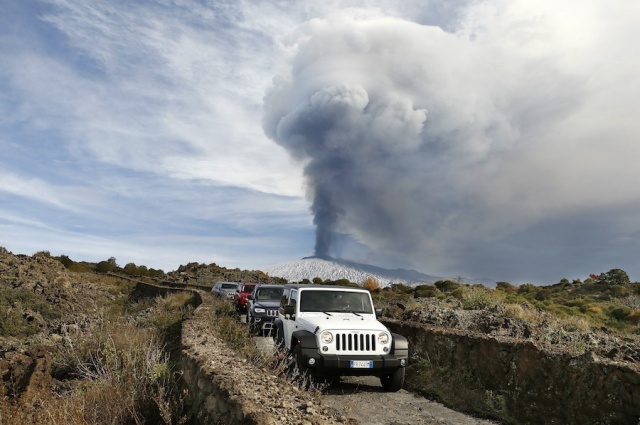 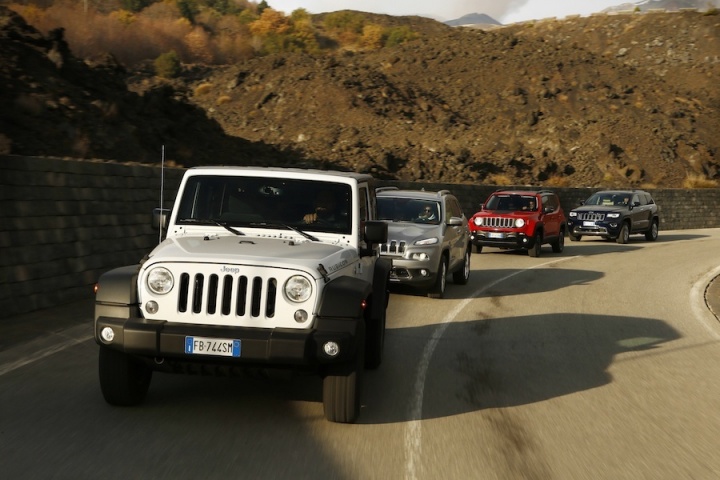 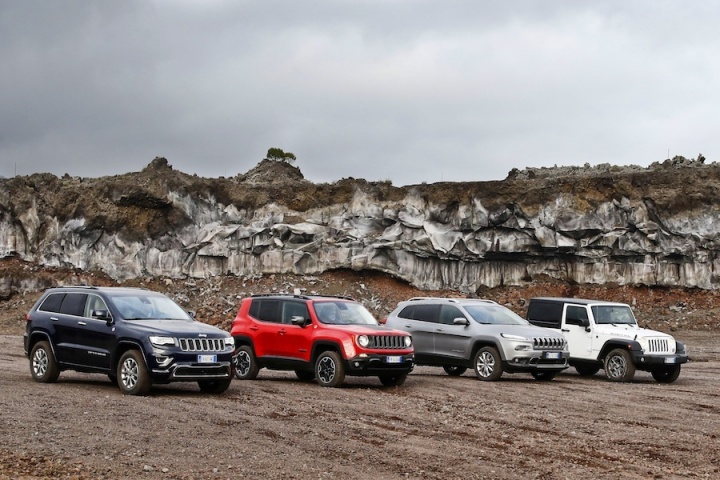 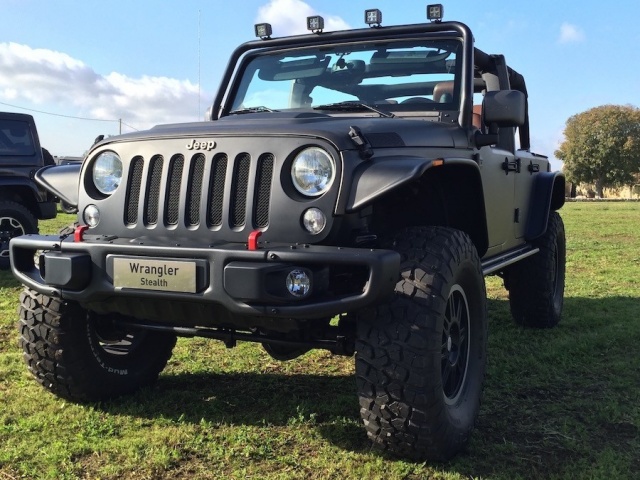 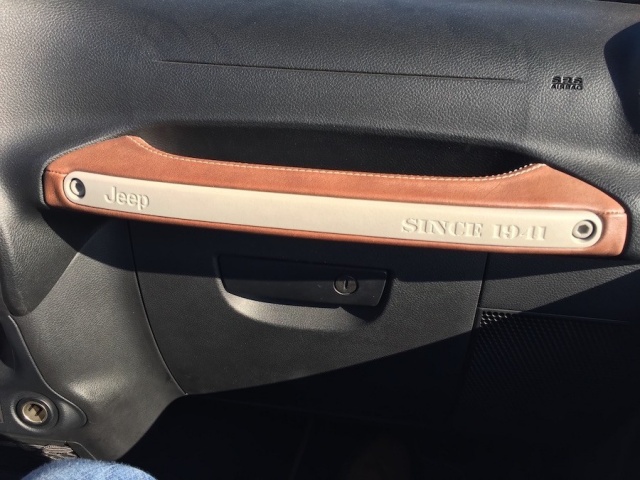 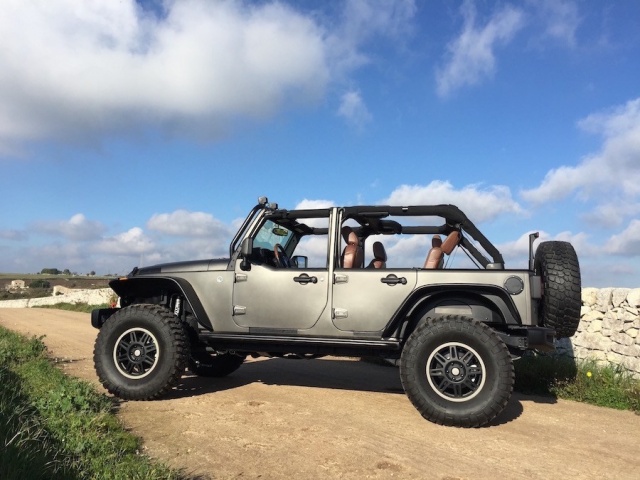 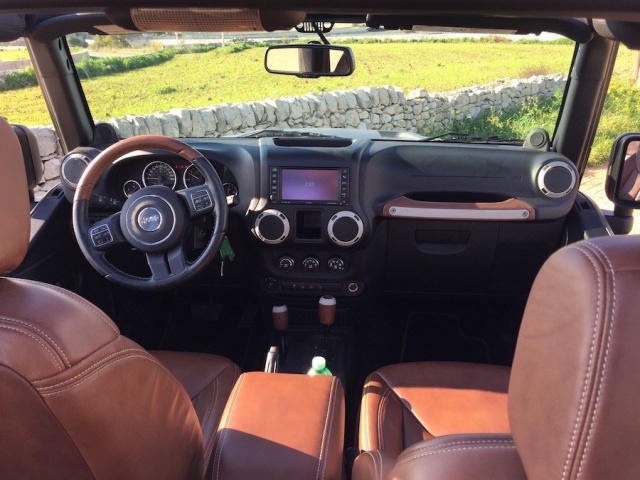 Jeep's future is locked up in its past.

Wrangler Stealth concept is a pure Jeep throwback, but shows how much character and fun-factor Jeep needs to work into its modern products.

It's a concept car that's not really a concept car. It's the Jeep Wrangler Rubicon Stealth and it's hardly a vehicle that conforms to the usual preconceptions of a concept car. A concept is usually some vastly-forward-looking thing with a warp drive, seats that can connect to Google and HD TVs for headlights. The Stealth is really more of a thorough raid on the Jeep parts bin, a bin that, these days, comes with a Mopar label. Originally set up in the sixties, Mopar was the bit of Chrysler and Dodge that you went to when you wanted more engine, more suspension, more colour options and basically more anything that a regular car dealer could not offer you.

Now, since the Fiat takeover of the Chrysler empire, Mopar has spread to Europe and offers parts and aftermarket accessories for the entire Fiat, Abarth and Jeep ranges. Not hugely successfully yet, it has to be said. In the US market, Jeep buyers spend an average of $700 (about €645) on accessories on each purchase. In Europe, it's more like €400 and most of that is clustered around the Wrangler, which doesn't sell very well on this side of the Atlantic.

So, to try and encourage a little movement in both spheres, Jeep has tricked up this long-wheelbase, four-door Wrangler into something of a MacGyver wet dream. The roof is gone altogether (although presumably it can be found somewhere) and the doors are the optional cut-down ones that allow you to slouch your elbow out the side in proper General Patton style.

Obviously, it is taller than a regular Wrangler, thanks to a massive four-inch lift kit, and it runs monster 37-inch chunky tyres on 17-inch rims. Axle articulation is just staggering and you can comfortably lie under the car without your nose brushing anything mechanical. Under the bonnet is a lightly tweaked 200hp version of the existing 2.8-litre VM Motori-built diesel engine, driving all four wheels through a six-speed automatic gearbox.

Inside, you'll find big, comfy seats covered in a lightly distressed saddle brown leather while outside, the distressed theme continues with a flat, matte grey finish that's supposed to look as if the car has been used outside, in harsh conditions, all its life.

Being an unregistered concept, we were only allowed to drive it up and down the road a bit, but there was little of the sort of falling-over body roll you'd expect from those taller springs and massive tyres. In fact, the Stealth drives basically like a normal Wrangler, which is to say surprisingly tidily. Anyone used to the torturous driving position and horrendous refinement of a Land Rover Defender will find the Wrangler, even here as a concept, surprisingly smooth and comfy and a much more realistic daily driving proposition. Mind you, that extra height and the roof-bar-mounted LED spotlights could cause you some bother in low-ceilinged city car parks, not to mention the fact that those massive wheels and tyres utterly banjax the turning circle.

There's also a big question mark of whether or not you really need all this extra stuff. We also got to drive a long, winding off-road course in a regular Wrangler. Top down, windows down and with trees and bushes poking in through the various openings, the Wrangler just breezed it. OK, so it wasn't, perhaps, the most taxing of off-road courses, but even so the insouciant ease with which is forded rivers, climbed up muddy banks with nary a scramble and thumped and lumped over craggy rocks was just delightful. Aged it may be, and deeply uncompetitive when it comes to BIK rates and VED costs, but the Wrangler really is Jeep's best current product. It's also surprisingly competent on the road, thanks in part to a new Active Sway Bar system (they mean anti-roll bar by the way). That keeps things reasonably well tied-down on the road, but decouples when you select low-ratio gears to allow for maximum possible axle articulation.

OK, so you can't actually buy a Stealth, but if you've got the cash and the inclination, you could probably knock yourself up a passable replica by buying a standard Wrangler and dipping deep into the Mopar options list. The thing is, you don't really need to. The regular Wrangler is still so utterly cool to look at, so surprisingly relaxed and refined to drive and so incredibly good at getting you into and out of apparently impossible off-road situations that you don't strictly need the extra accoutrements. If you can stomach the tax and running costs, do yourself a favour - eschew the hordes of soft, un-manly SUVs and get a Wrangler for a while. If you love cars, and love off-roading, you won't regret it.

The interesting part is how much Jeep will be able to translate the sort of character and ruggedly-cool image that the Wrangler projects into its future models. Although the Renegade, Cherokee and Grand Cherokee all have their charms, there's no getting away from the fact that the ageing, thirsty, tax-unfriendly Wrangler remains the best and coolest car in the Jeep range right now. The next generation is going to have to deftly mix that character and ability with lower emissions and superior on-road refinement and dynamics.