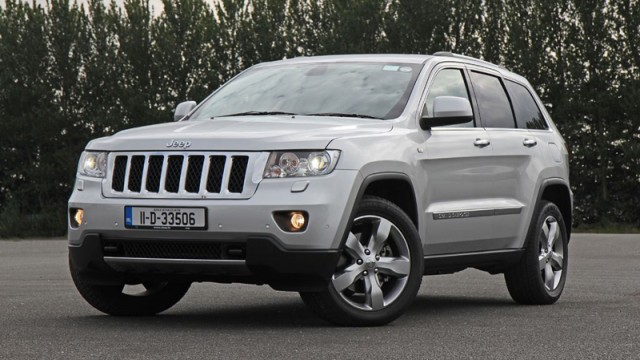 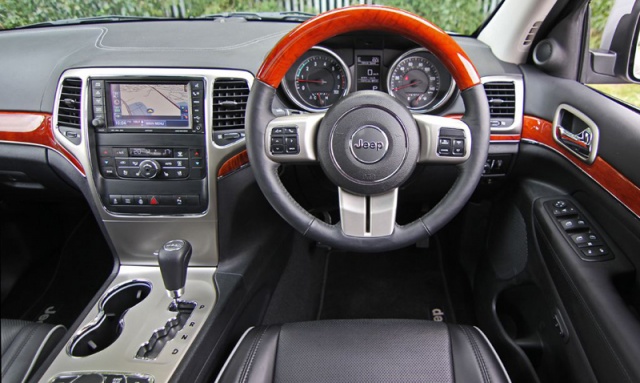 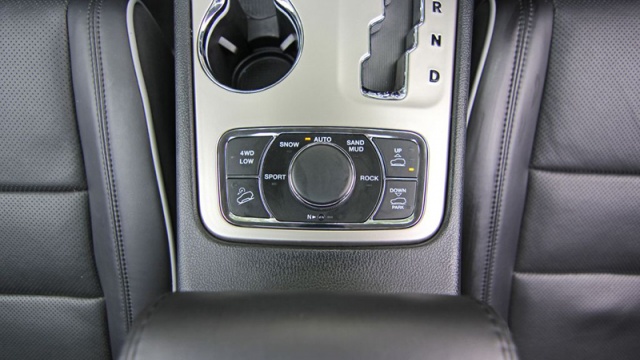 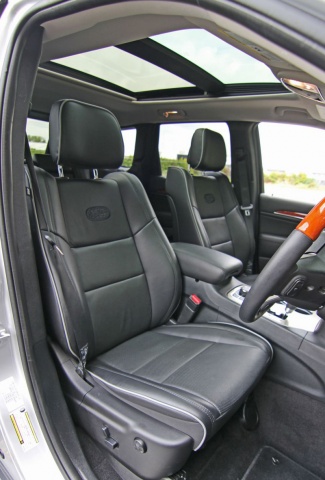 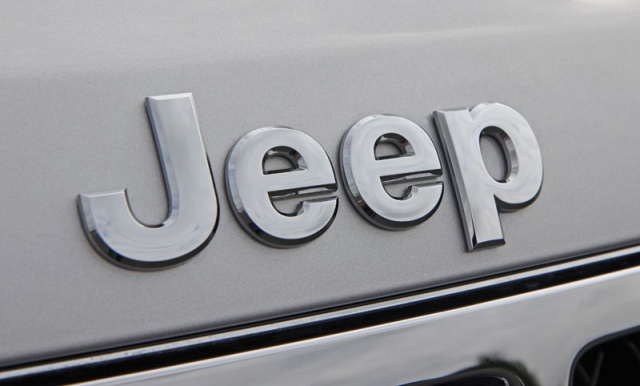 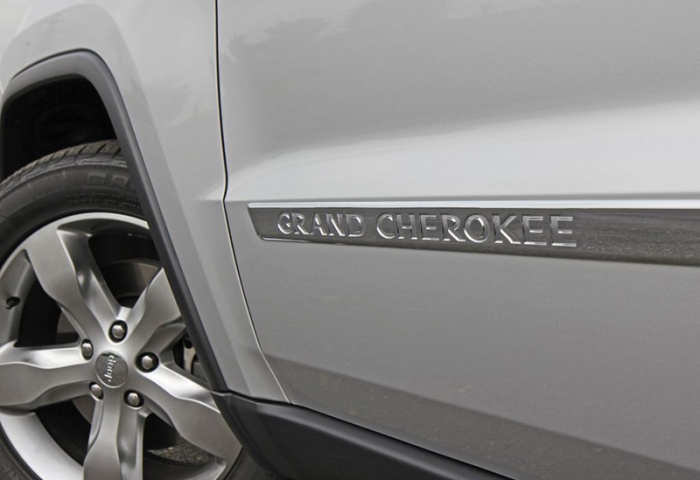 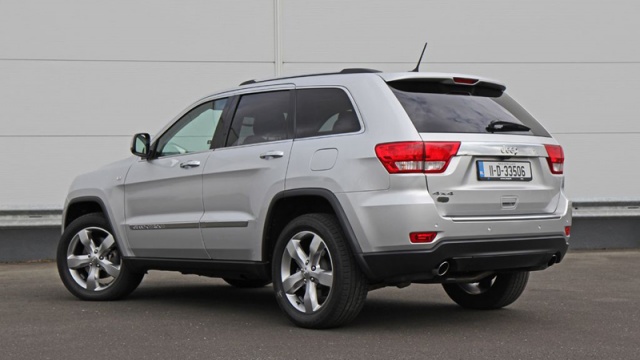 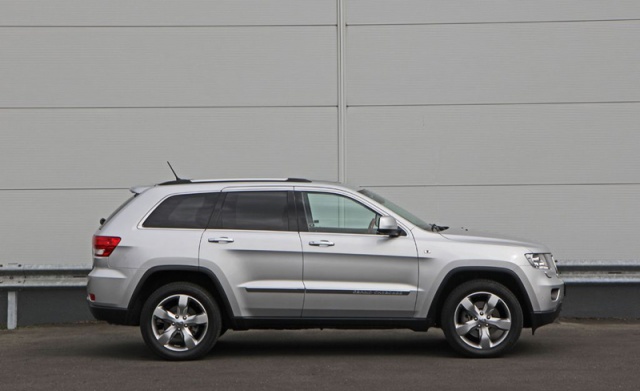 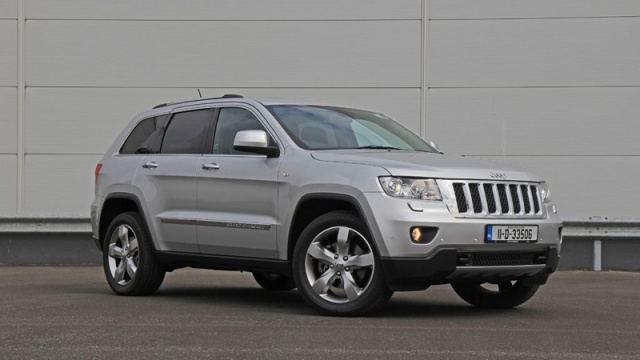 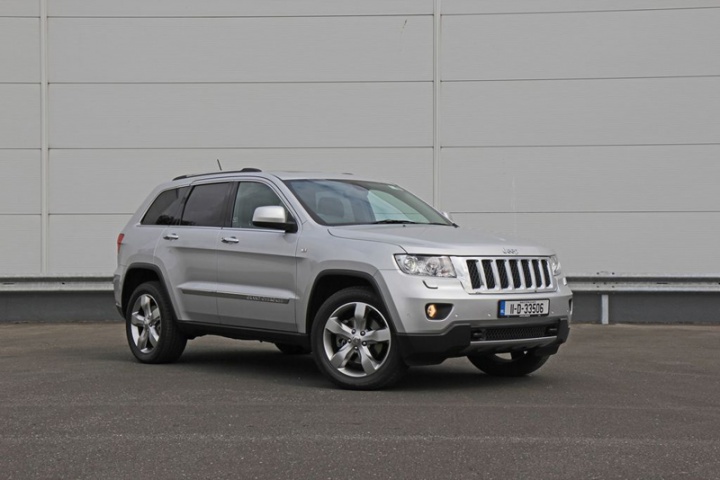 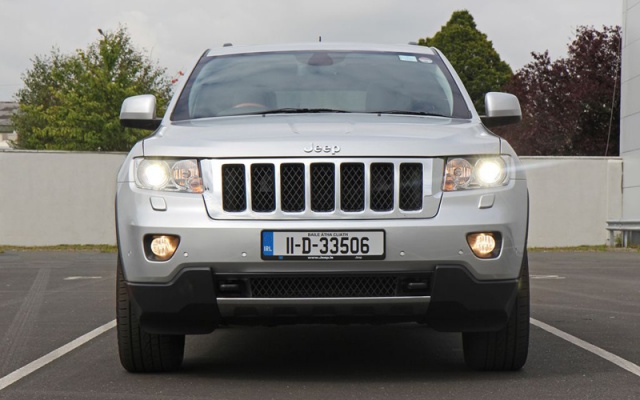 Jeep is back with a bang and this Grand Cherokee is now well worth a look.

The Grand Cherokee would have been a very rare sight on Irish roads in its previous generation up until now, so this new one will be fresh to most Irish eyes for lots of reasons. It has been a while since I have had so many car park conversations about a car. We were approached by owners of Touaregs, Kugas and Range Rovers who were curious about the new look and were taken aback (in a good way) by how much it would cost. Irish customers attach quite a lot of romance and prestige to the Jeep brand so the prospect of one that is as good-looking as this Grand Cherokee for the right money will tweak lots of interest, even if the large SUV market is in the doldrums. We spent two consecutive weeks in Grand Cherokees. The first was in the 5.7-litre V8 Hemi petrol version in Overland spec, which clearly won’t sell in Ireland but is being used by Fiat Ireland as a demonstration vehicle. It had some larger wheels on the outside and some nasty wood on the inside, neither of which is on the diesel we drove in week two. That is in Limited spec, which also doesn’t have the air suspension of the Overland spec. The inside of the Grand Cherokee is loaded with equipment and is blessed with huge, comfortable seats (God bless America) and peppered throughout the cabin is an impressive array of features to make your life easy. We really like the uConnect system, a sort of media interface for your phone, iPod etc. It worked really well and you can’t always say that about these sorts of systems. Some of the plastics in the Grand Cherokee won’t make Audi sweat too much but by-and-large the cabin is nicely appointed, especially when you compare it to some of its natural rivals, that cost upwards of €20,000 more. The Grand Cherokee has the sort of kerbside appeal that we once coveted during the Celtic Tiger years and we are now, secretly desiring once more.

Leaving aside the 5.7-litre V8 Hemi for now (yes, it was fun, but they don’t do Tiger tokens in petrol stations anymore) the overwhelming majority of sales will come from the 3.0-litre V6 diesel, which is putting out 241hp and an impressive 550Nm at just 1,800rpm. It is urgent off the lights too, quicker to 100km/h than the V8 petrol, getting there in just 8. 2 seconds and when you consider that this vehicle weighs 2,272kg that is seriously impressive. It is a really strong, gurgling diesel, which retains some of the petrol’s muscly soundtrack. It is mated to a five-speed automatic transmission which most of the time you will be happy to let do its thing, but you can change gears yourself in a slightly non-intuitive side-to-side motion.

The Grand Cherokee sits on the same platform as the 2012 Mercedes-Benz M-Class and there is a choice of two suspension set-ups. The standard set-up is on steel springs or you can have the ‘Quadra-Lift’ Air Suspension. We have tried both and while the air suspension is infinitely superior, both have their limitations. This is not a vehicle that you necessarily want to ‘fling about’ but it is very comfortable and makes a mockery out of road bumps, ramps and poor surfaces. There really isn’t an awful lot of steering feel so it doesn’t inspire you to push the Grand Cherokee too hard through bends, but this really isn’t what this vehicle is about. The same could be said of the likes of the Toyota Land Cruiser. What this is great at is motorway comfort and off-road ability, both of which it excels at.

Prices for the Grand Cherokee have yet to be fully confirmed, but at this stage it looks like it will cost €54,995 for the 3.0-litre V6 Diesel Limited and that is really very good considering what you get as standard, which is pretty much everything. Dual-zone climate control, heated front and rear leather seats, bi-xenon headlights, rain-sensing wipers and a 30GB hard drive for your music are among the items that come thrown-in and that is very impressive. Fuel economy of 8.3 l/100km isn’t really bad for the size, although the emissions of 218g/km mean that annual road tax is €1,050 and that could be a stumbling block for the Grand Cherokee. Although when you compare this to the VW Touareg, which might have lower road tax, the €13,000 lower price tag on the Grand Cherokee more than makes up for it.

The Grand Cherokee is a very easy vehicle to like for lots of reasons. Firstly it looks great, with tough Tonka-toy charm, but these days they come with super engines, they are much better built and infinitely better to drive. Sure, it is still a €50,000+ SUV, with Band F road tax and that will limit its appeal in recession-bitten Ireland, but it is best to think of its as a cut-price Range Rover rival and then it starts to look like something of a bargain.