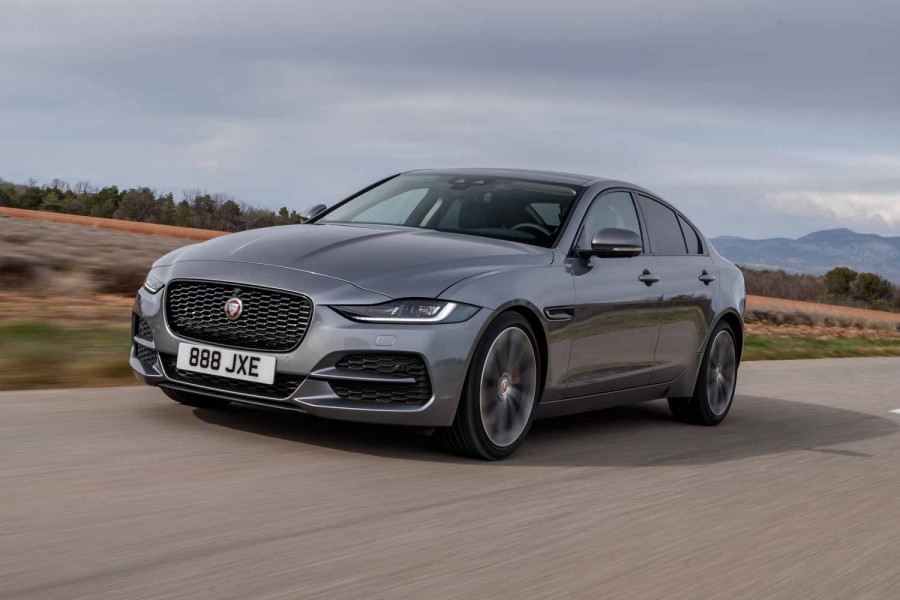 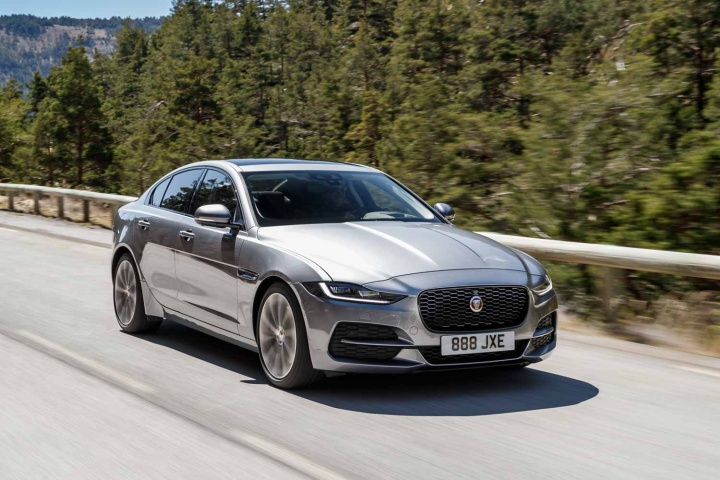 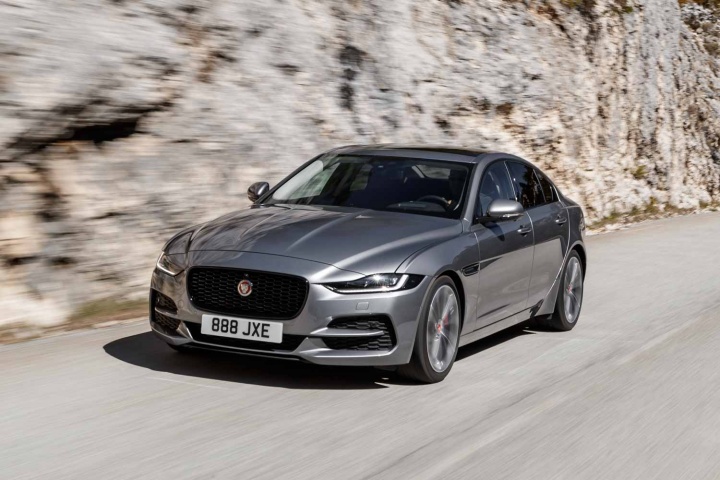 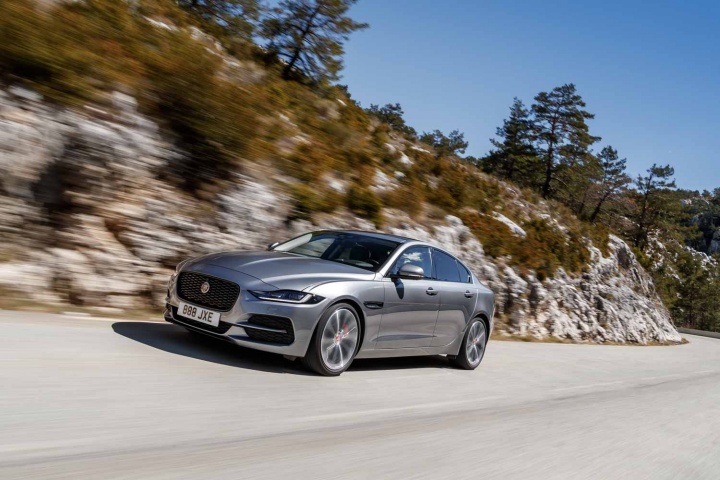 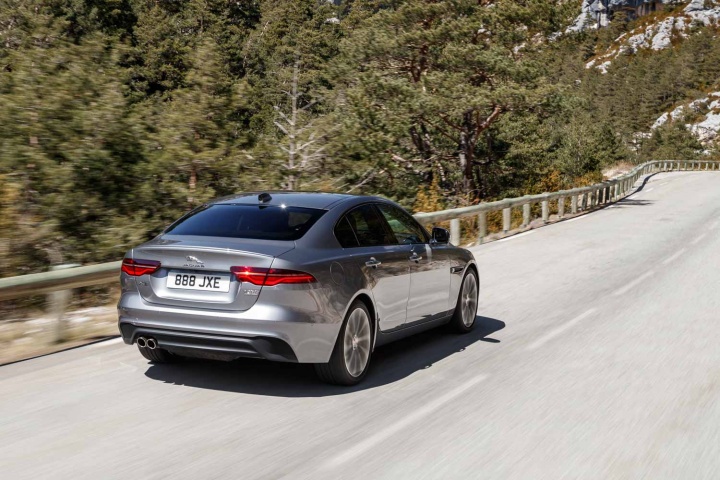 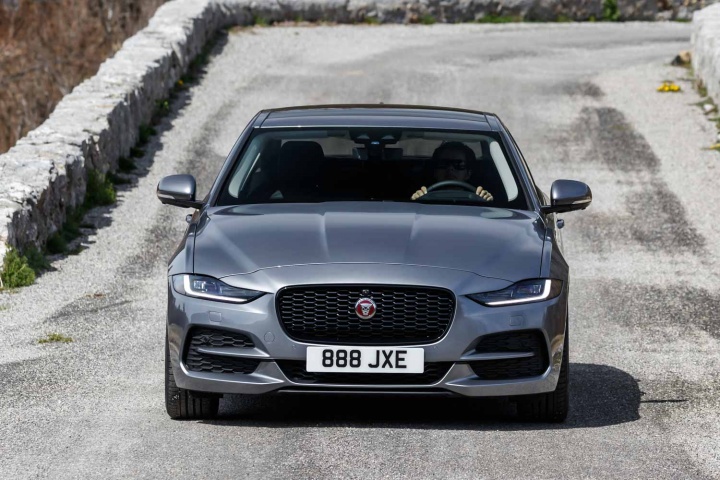 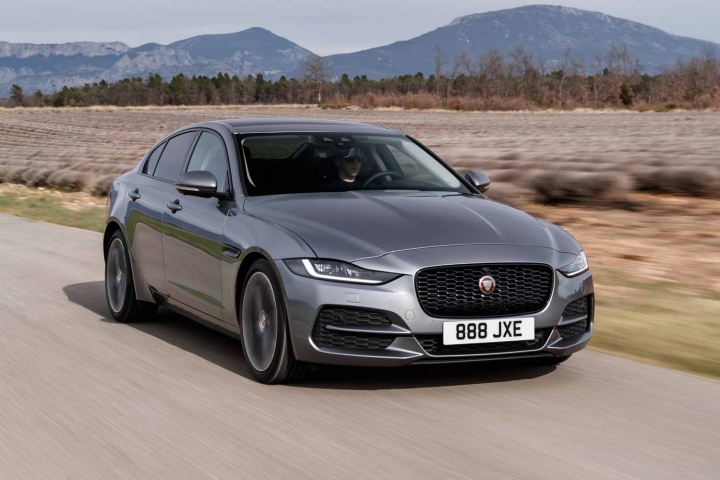 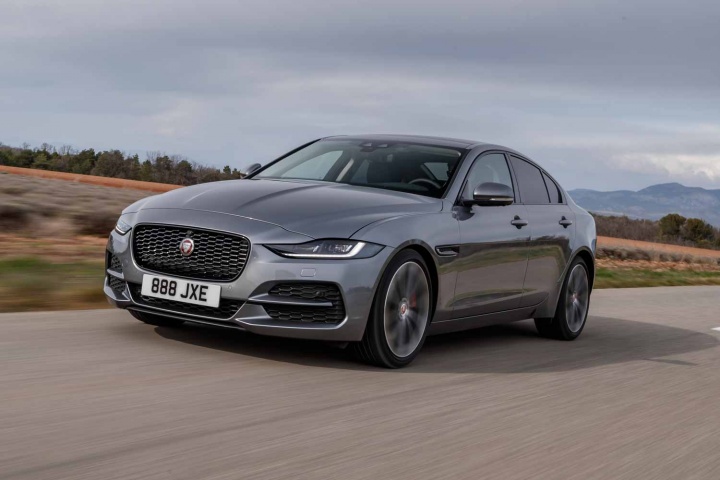 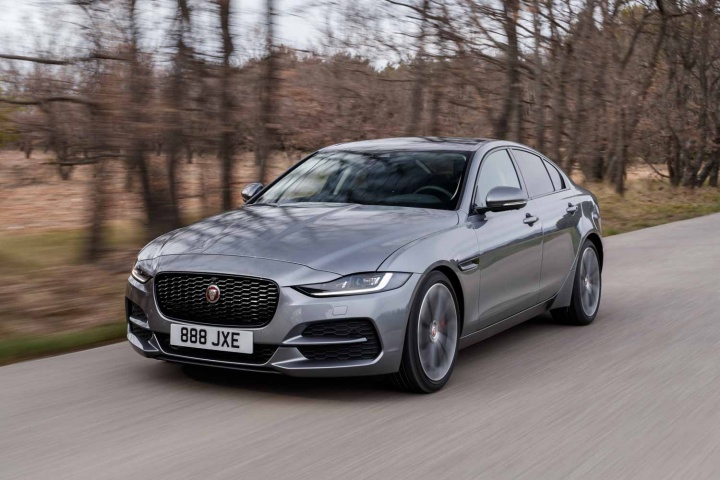 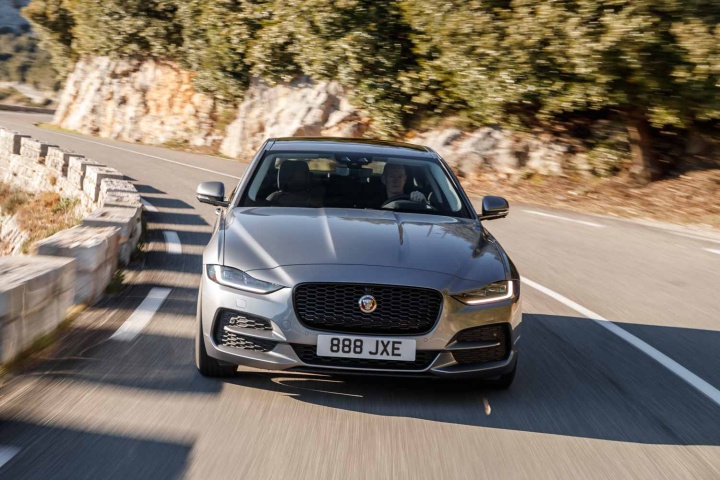 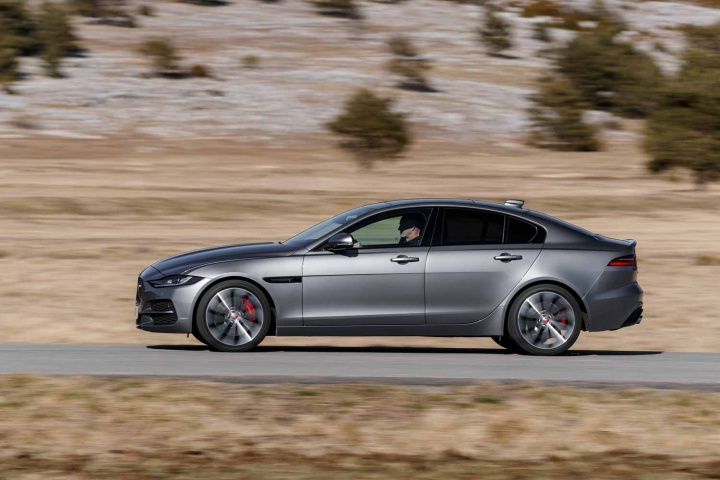 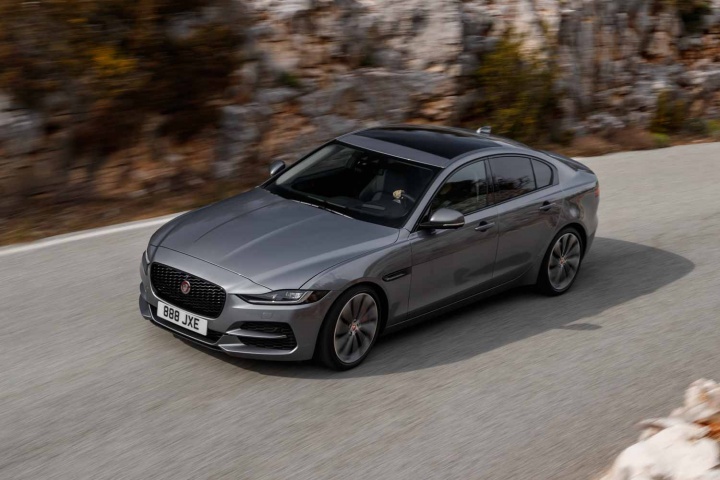 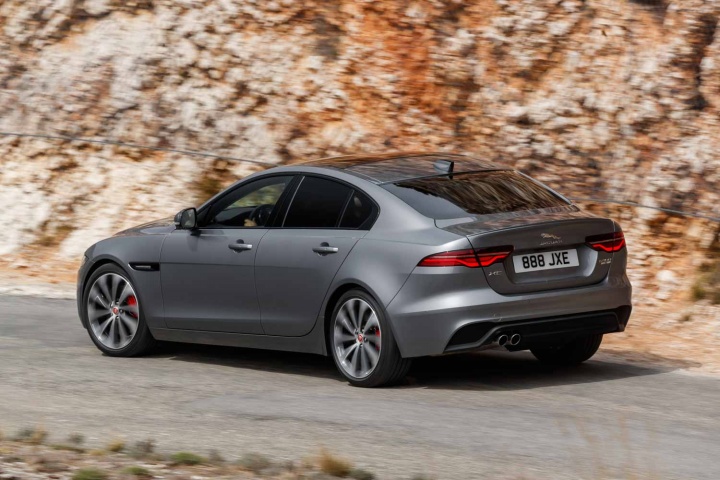 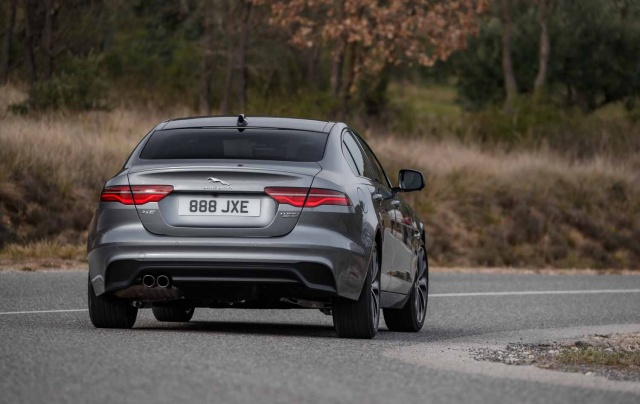 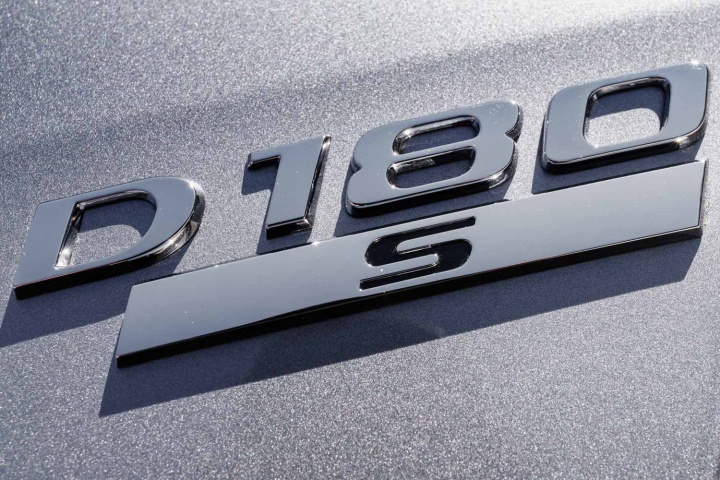 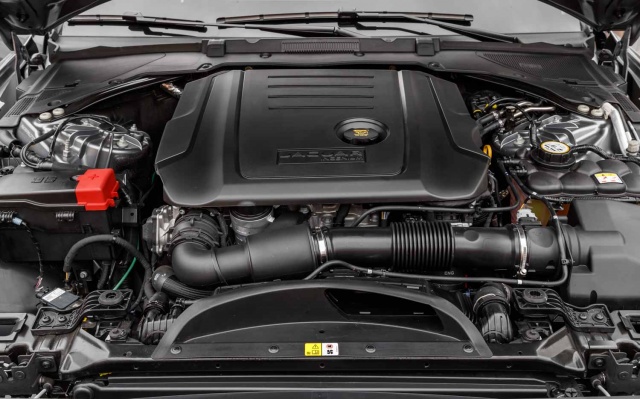 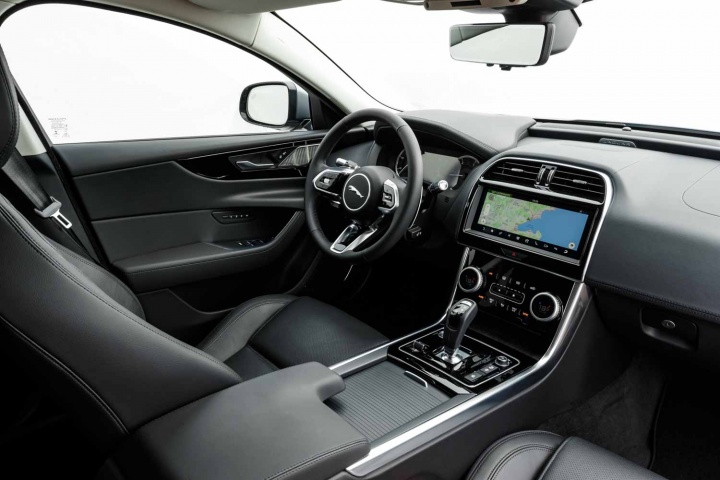 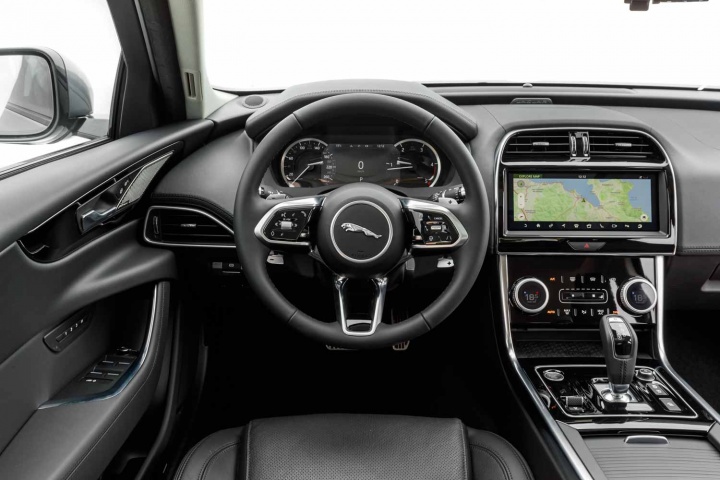 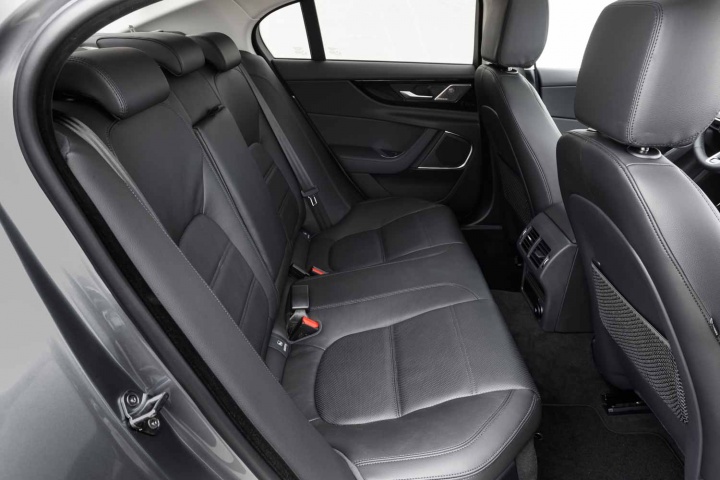 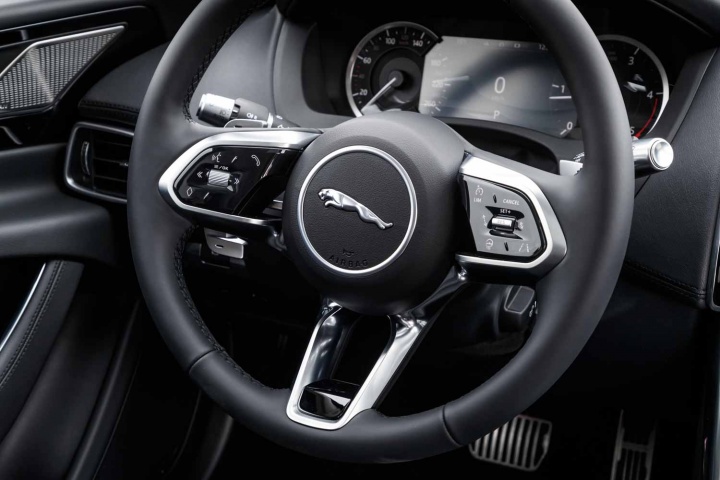 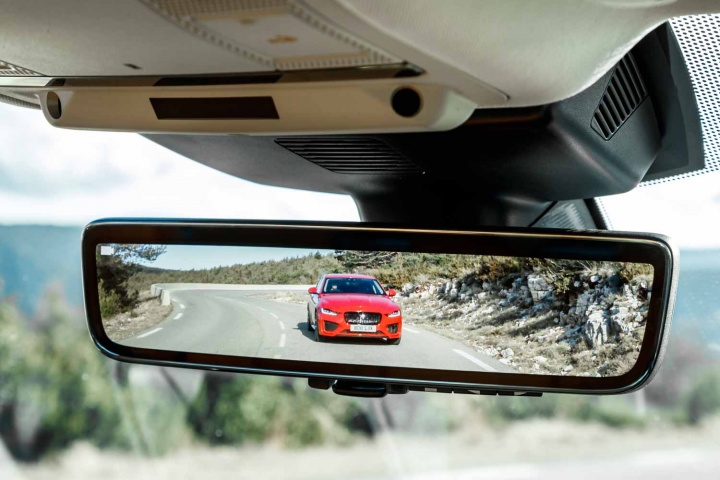 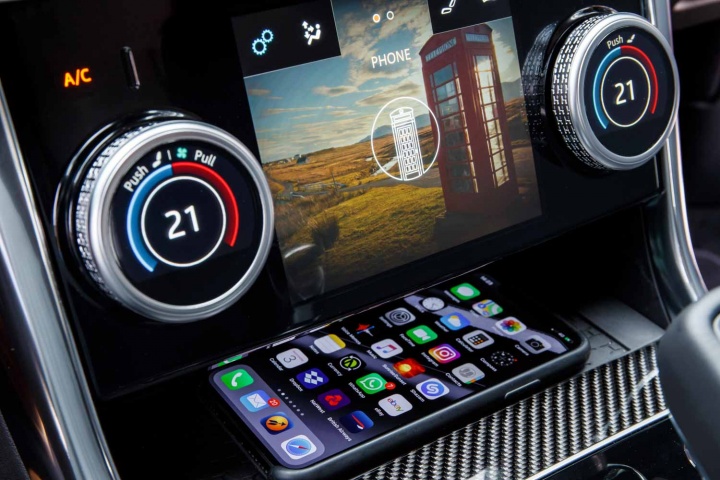 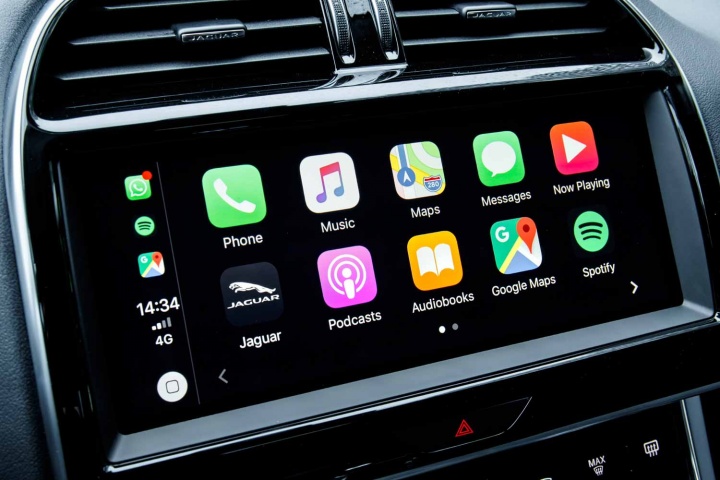 The Jaguar XE never quite managed to threaten the dominance of its mostly German sport saloon rivals. Now, with a substantial mid-life update, Jaguar is putting up a more serious fight to the Audi A4, BMW 3 Series and Mercedes-Benz C-Class.

The classic proportions of the Jaguar XE have always been easy on the eye, so not a great deal was needed to sharpen up its appearance. Restyled headlights accompany a new front bumper section that has a larger grille and side apertures. Around the back of the car, the bumper is reshaped to offer more depth and, for this diesel model, there is a twin-exhaust outlet on the left side. All-LED rear lights take on a slimmer look that uses a new signature light graphic, along with dynamic indicators.

On the inside is where the more significant updates to the design of the Jaguar XE take place. A new steering wheel that is lifted from the Jaguar I-Pace looks and feels far nicer in hand. The multifunction controls feel suitably premium and are better to use, while there's now a smaller airbag unit at the centre. It's a good size and doesn't feel as thick as the wheel in the BMW 3 Series. Unfortunately, you'll need to spend more money to get the full 12.3-inch digital instrument display; otherwise, you get a smaller screen that is nestled between two analogue dials that are partially cut away to fit it in. It doesn't look especially nice and is reminiscent of how the Opel Insignia does it.

A new centre console unit offers wireless charging beneath its dual-screen layout, which also comes from the Jaguar I-Pace. Up top is a 10-inch touchscreen display that now reacts far better to inputs. Below that is a smaller section that has two multifunction rotary controllers for climate settings on either side of a five-inch touchscreen. Also gone is the rotary gear selector, replaced now by Jaguar's 'pistol shifter' from the F-Type.

The Clear Sight rear view mirror is also introduced, offering a rear-view mirror that doubles up as a display screen for the rear-facing camera that is mounted in the roof's antenna. It does take some getting used to, and it won't be to everyone's taste, but in a segment of the market that is adding increasing levels of technology, this is an ace in Jaguar's hand.

Other improvements come in the form of new door panels with better storage areas and a better grab handle. Throughout the cabin there is more leather and fewer plastics, again helping to boost the impression that this is a more premium car. The XE doesn't offer as much boot space as its rivals, though. At 410 litres, it is behind the 480 litres available in the Audi A4 and BMW 3 Series, while the C-Class is marginally better than the XE at 430 litres.

The Jaguar XE already had quite a good chassis setup to start with, so the engineers haven't made any significant changes to the setup of the car. Power from the diesel engine is adequate, with enough torque to pull the car along with ease. At the lower end of the rev range, it isn't a coarse as it previously was, though part of this can also be attributed to the improvements in NVH (noise, vibration and harshness) levels that include acoustically optimised glass in the windscreen. Indeed, when you wind the engine on past 3,500rpm, it does begin to run out of puff as it makes itself known on the decibel meter.

In the diesel's defence, when it comes to constant cruising speeds, such as on a motorway, it does settle right down. The eight-speed automatic transmission slips through gears to keep the engine spinning within the sweet spot when the motor's 430Nm of torque is on tap. The paddles on the back of the wheel look and feel good too. They're just the right size and have a lovely action to them. However, using the transmission in manual mode doesn't always give you the gear as quickly as you might like, which may lead more people just to leave it in its full auto setting.

But to fully appreciate the XE's finely-judged steering you need to get onto more challenging roads. Porsche is regularly heralded as the king of steering feel, but the Jaguar engineers deserve recognition for the work done here. The XE's steering feels naturally weighted and builds up good resistance through a curve.

The XE's seats hold you in place well, too, and the driving position itself is good, offering plenty of adjustability. Sightlines through corners aren't impinged upon much by the A-pillars either. The Jaguar soaks up a great deal of what the road surface throws at it, and even large impacts seem to do little to unsettle the XE. It does have a firm ride quality to it, but not to the same degree as others - like the latest 3 Series. For reference, our test car was equipped with 19-inch wheels, with 20-inch rims available optionally.

Pricing has not yet been confirmed for Ireland, so we will refrain from rating this section for now, but will update it when it is announced. It is expected that Jaguar will simplify its product offering with XE and R-Dynamic specifications. In addition to this 180hp 2.0-litre diesel engine, there are also two turbocharged petrol engines with 250- and 300hp respectively. All will feature automatic transmissions with either rear- or all-wheel drive.

The improvements to the Jaguar XE's design and quality of finish put it deservedly back in among its German rivals. Sadly, its diesel engine doesn't match up with the excellent chassis and driving dynamics that it offers and, if you're a keener driver, you'll find the petrol engines a better fit for a more rewarding drive. The XE doesn't disappoint though, and now its sleek looks are complemented by a far more appealing interior. 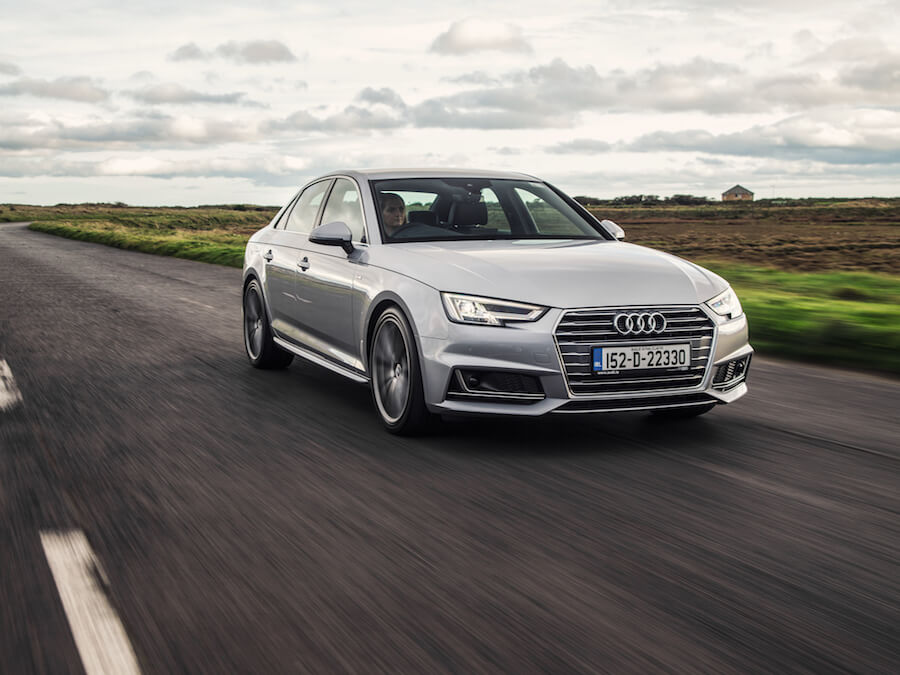 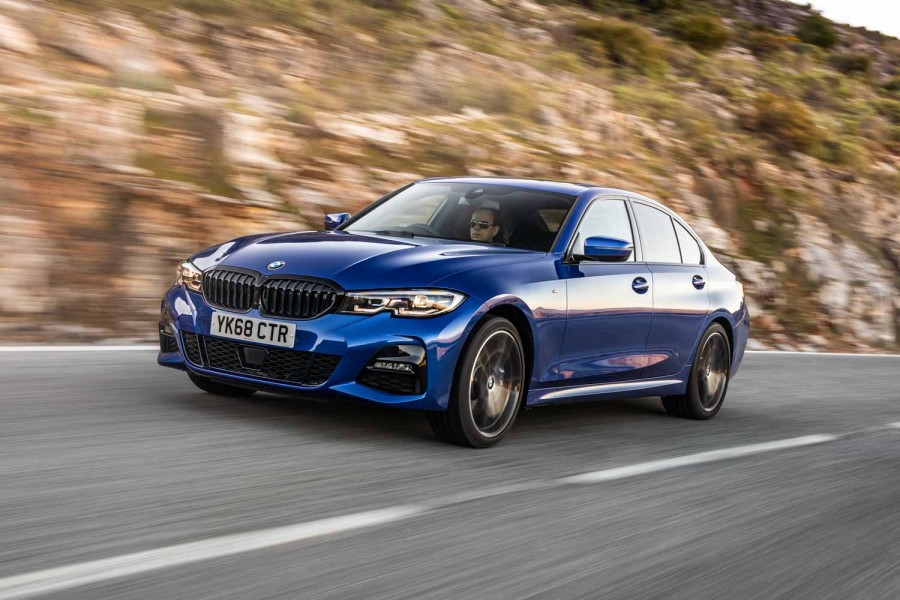 BMW 320d xDrive (2019) review
BMW 3 Series vs. Jaguar XE D180 diesel (2019): the BMW is better to drive and works its diesel engine and transmission better, but arguably isn't as visually appealing as the Jaguar. 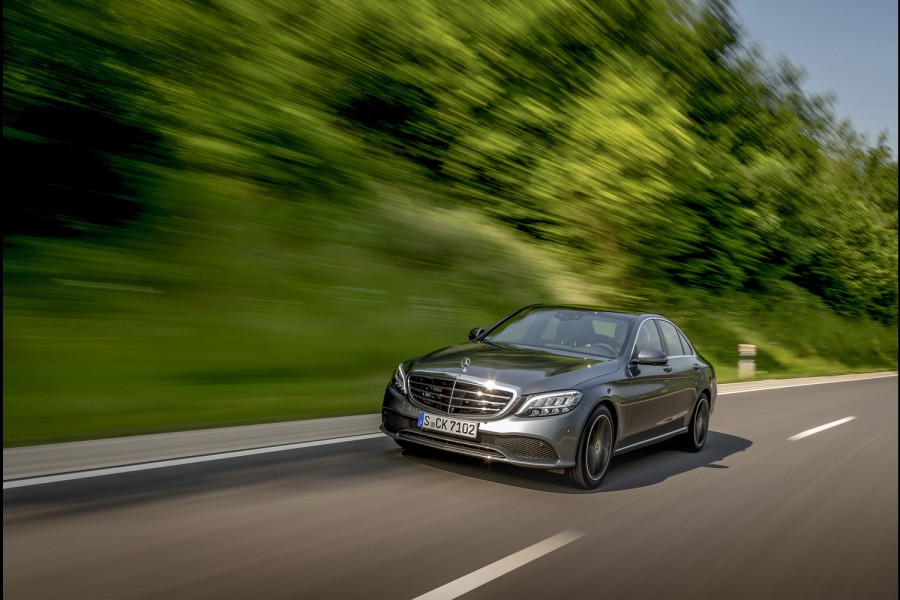