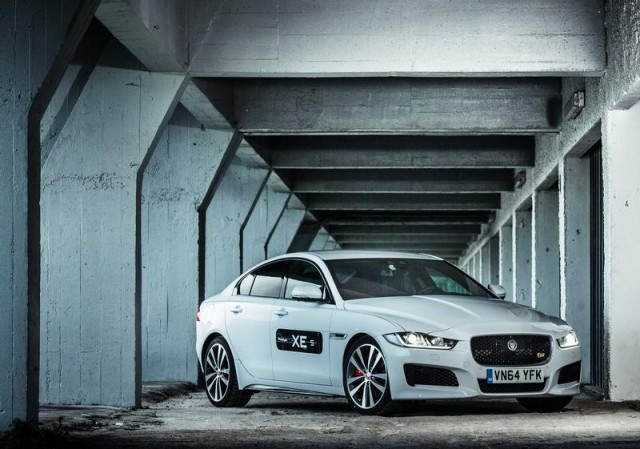 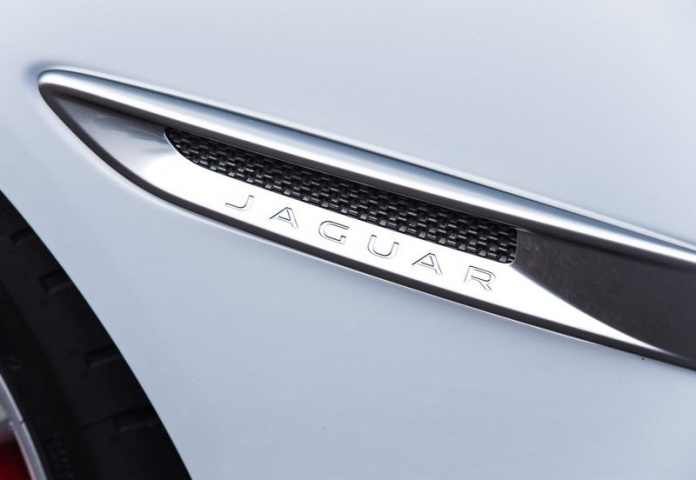 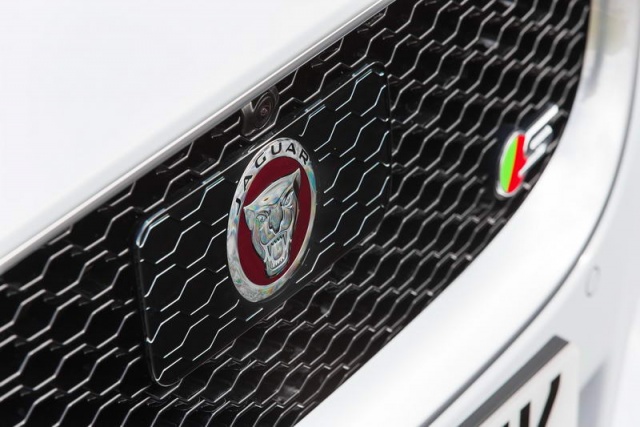 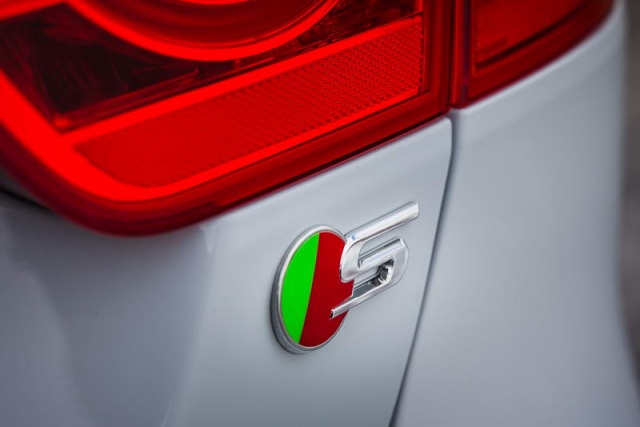 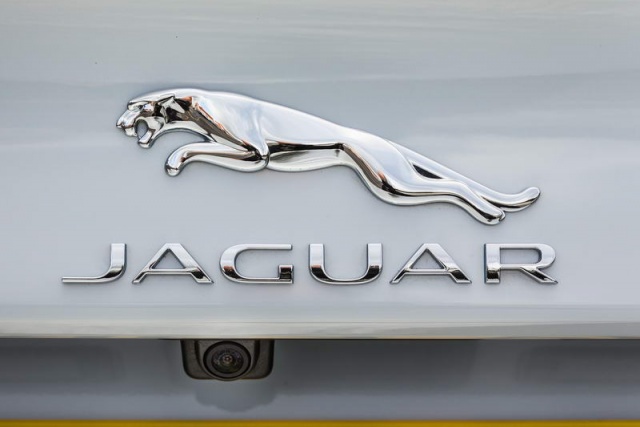 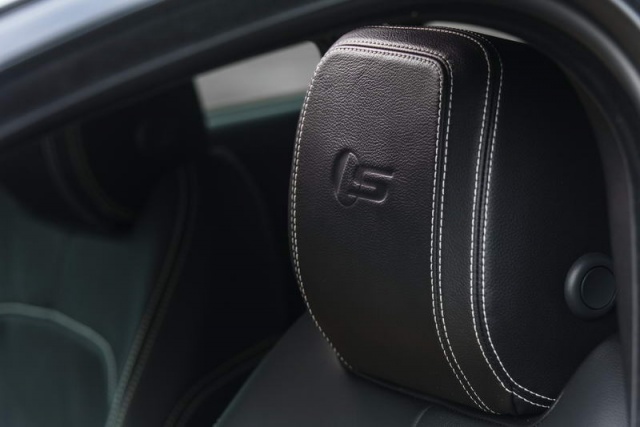 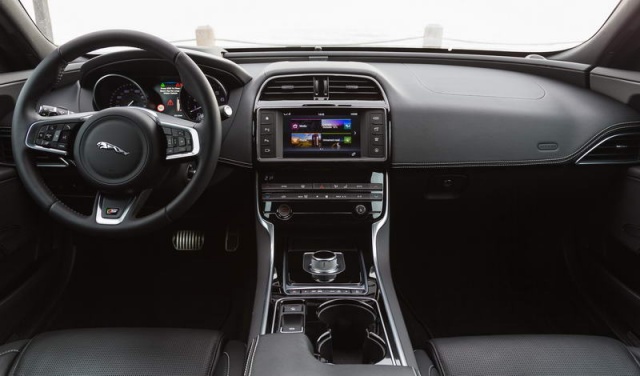 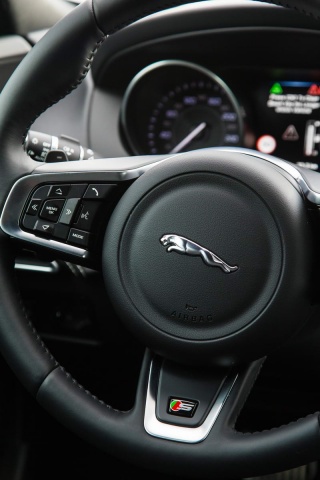 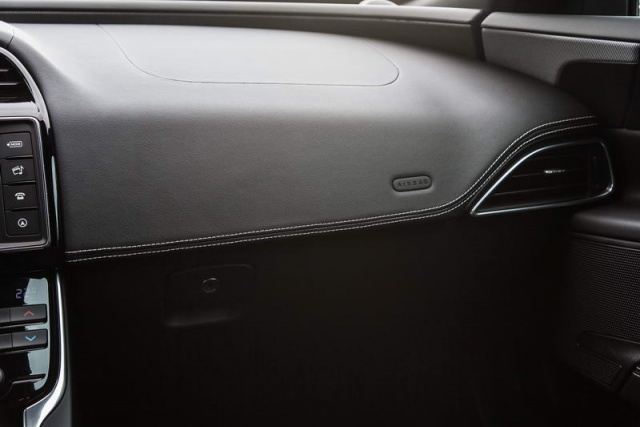 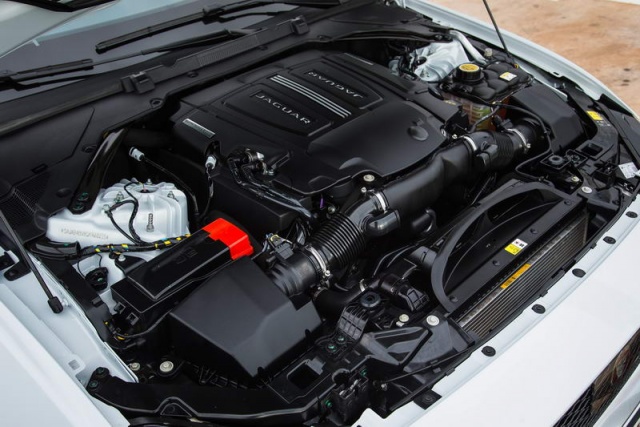 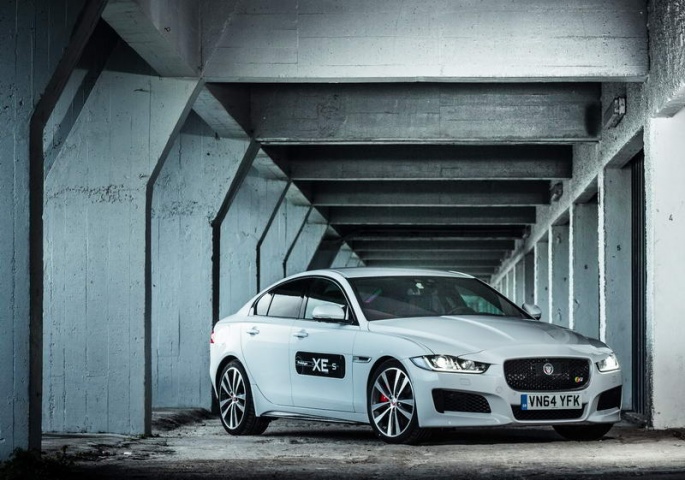 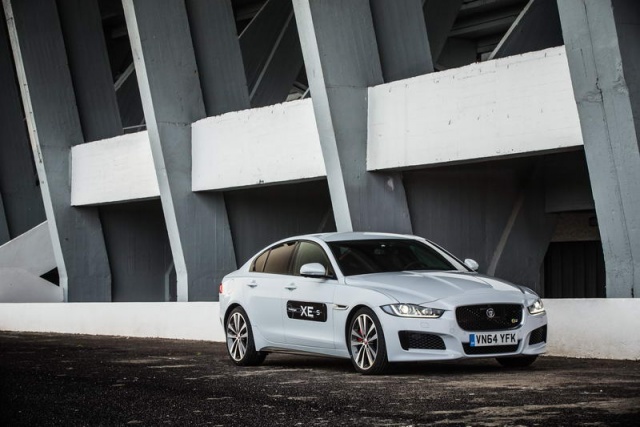 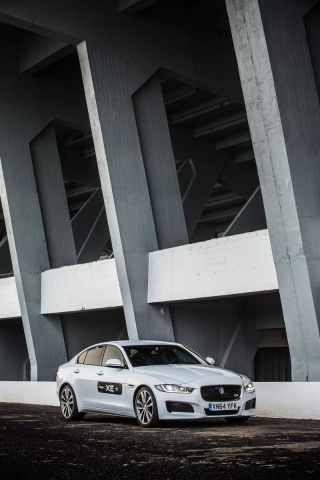 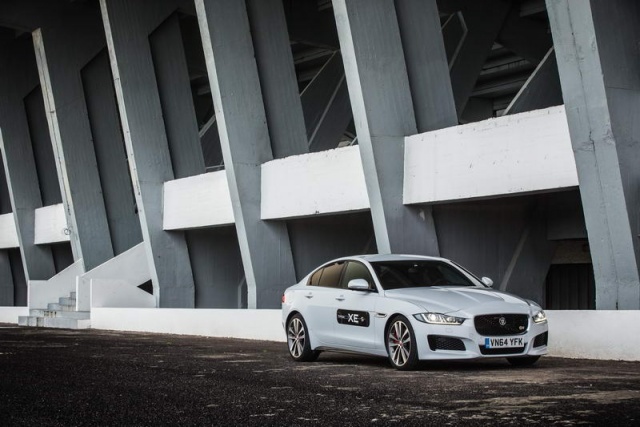 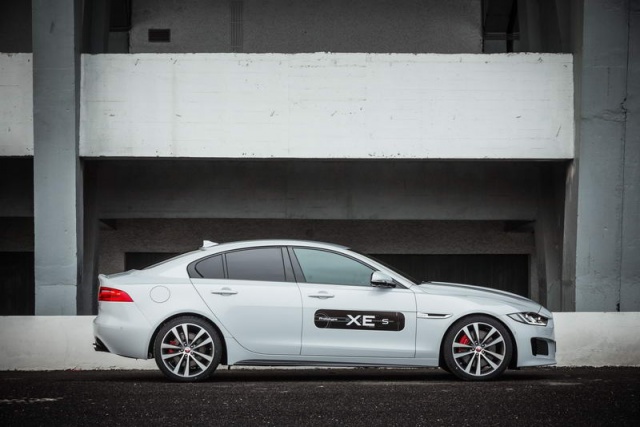 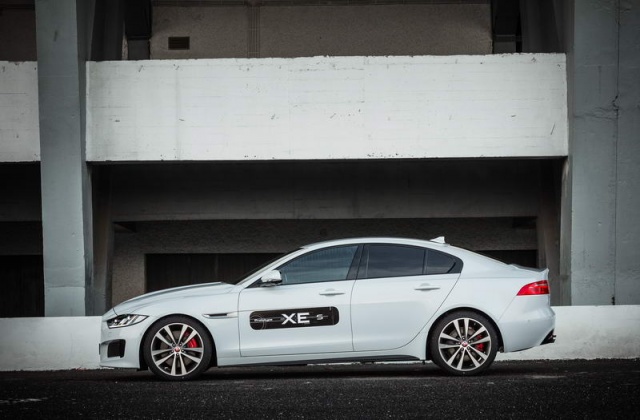 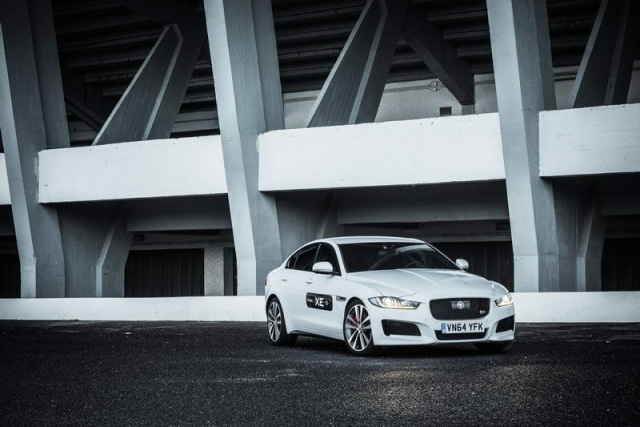 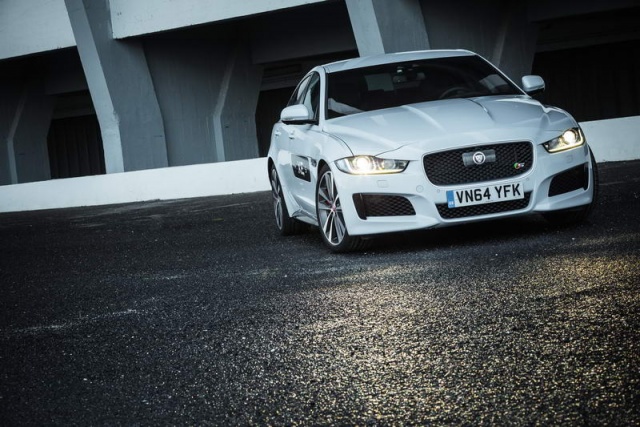 A big supercharged engine raises the new XE's sporting credentials, but can it compete with the BMW 335i?

Every bit as capable as it is handsome, the new Jaguar XE looks set to give the 3 Series a series-ous headache, especially in range-topping (for now) V6 S guise.

This is a seriously good-looking car. Not in-your-face striking or anything. In fact, if you catch a glimpse from the rear as your first look at it, your first impression is likely to be "hmmm, that looks like an Audi A4." Presumably, the resemblance is no error on Jaguar's part and is there to help the XE slot seamlessly into the sports saloon segment. From the side and front, it's both more distinctive and more successful. There's no mistaking the XF and XJ genes in the styling but it looks immediately more square-edged and squat. Purposeful if you will. The 19-inch alloys and grey-white paint job on our test car really worked too. Designer Ian Callum reckons his creation looks best in blue, but this is the paint I'd have.

Inside, things are a tiny bit less successful. There's good cabin space and excellent seats (with adjustable side supports in our well-specced test car) and the rear seats have acceptable room, even if passengers will need to duck to get in under the swooping roofline.

The three-spoke steering wheel both looks and feels good and the instruments are nice. The driving position in these left-hand drive cars felt slightly offset but not enough to cause major discomfort. Best of all is the slick new touch-screen system, which shows Jag's old infotainment setup for the Neanderthal it was. We didn't get time to play with it properly, but it's a massive improvement.

No, the only disappointment is in the cabin styling. You do get the big sweep of dash that starts on the tops of the doors and runs all the way around the base of the windscreen, basically lifted from the XJ, and even on these pre-production cars build quality felt pretty good, but there's no design flourish, nothing that yells Jaguar at you. Perhaps, again, that sense of generic-ness is there to reassure newcomers to the brand (of which there are likely to be many) but it does mean the cabin falls a little flat, aesthetically speaking.

From the first nanosecond that the power comes on stream and you turn the wheel, you know you're in something special. Jaguar's engineers were at pains to tell us how hard they'd worked on the car's steering especially. That work has paid off in spades. It has the traditional Jaguar lightness, but the feel bubbling under the surface is just wonderful. You don't just steer this car, you trust it, you work with it. You, crucially, enjoy it. There's none of the gloopy, hefty weighting of the BMW 3 Series or Audi A4 or the sense of disconnection of the C-Class. This is proper sports saloon stuff.

Better still is the ride. Our sporty-spec S model was riding on optional 19-inch wheels with wafer-thin Pirellis, but it shrugged off the very worst that only fitfully maintained Portuguese roads could throw at it, including an extended section on cobbles. Jaguar has managed to pull off a chassis balance here that I would describe as close to perfect - balanced, agile and connected to the driver, but never uncomfortable.

However, the star of this particular show is the engine. We know the V6 supercharged 3.0-litre engine from the basic version of the F-Type and while it's less raucous here, less able to fill the cabin with artillery-shot exhaust noises, it's still a cracking performer. It pulls strongly from no-rpm, whizzes and fizzes as it approaches the redline and generally makes you sorry anyone ever invented diesel. Yes, the oil-burner is the one that everyone's going to buy and this one is going to be pointlessly expensive to buy and run, but it's the XE we crave most right now.

We don't know exactly how much the new XE will cost, as Jaguar Ireland is still wrangling with the head office about prices and specs. Whatever comes out in the wash though, this V6 S model is just going to be too pricey, in every metric, for Irish sales. If they shift one or two, they'll be doing well.

Surprisingly, given the XE's 75 per cent aluminium construction, there's only a bare kilogram or two between it and an equivalent BMW 3 Series in weight. That seems surprising until you learn that Jaguar has equipped the XE with a hefty integrated-link rear suspension setup in order to keep the handling while preserving the ride quality. That it does, but all things come with a penalty we guess...

OK, so we need to get the XE at home, on our own roads and on the right side of the car before we can pass a full and proper verdict, but on this first acquaintance, Jaguar has done a seriously impressive job here. The Jaguar XE looks right, feels right and, in this V6 S guise, goes and sounds right too.