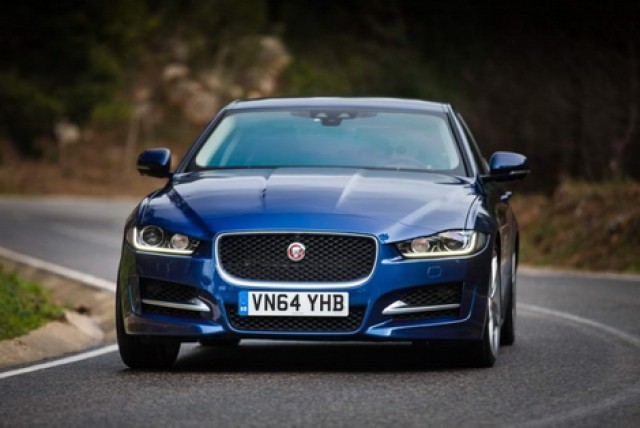 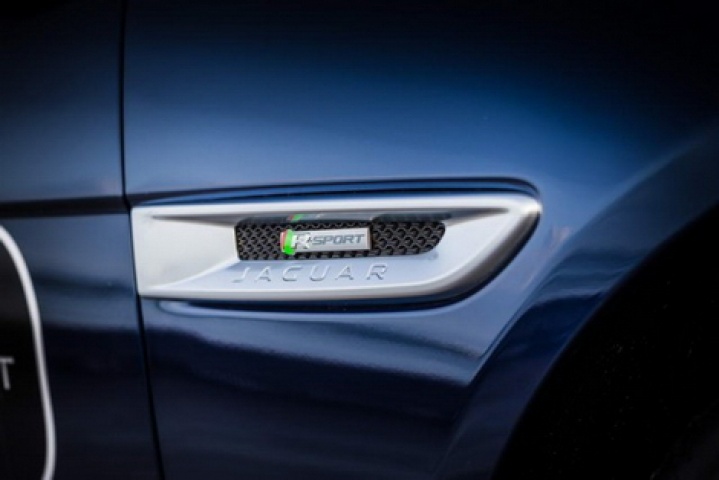 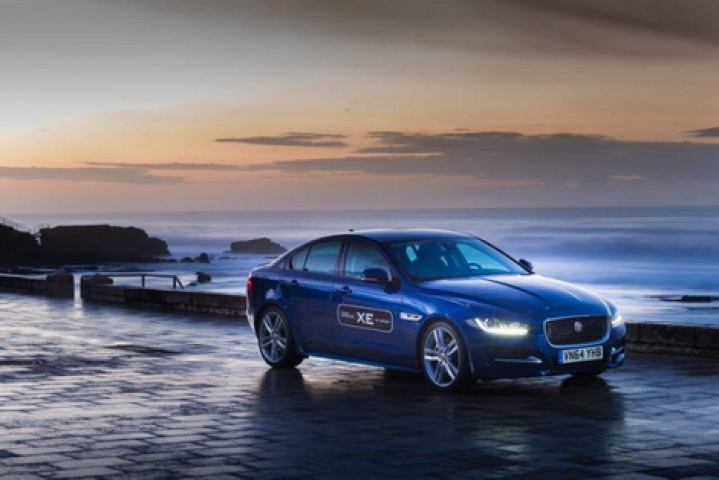 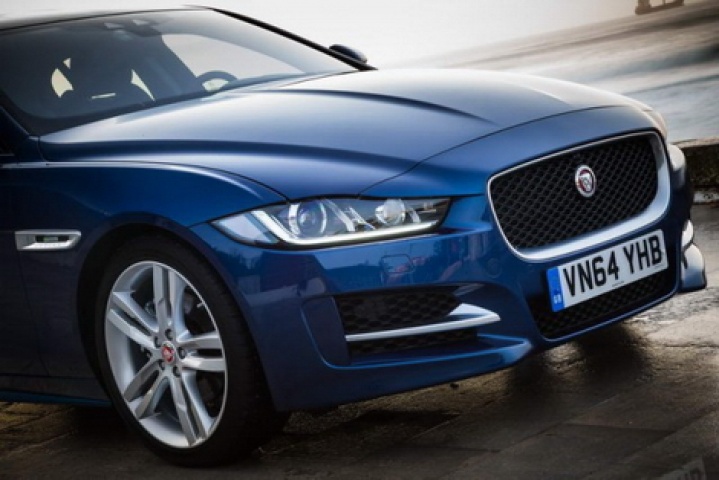 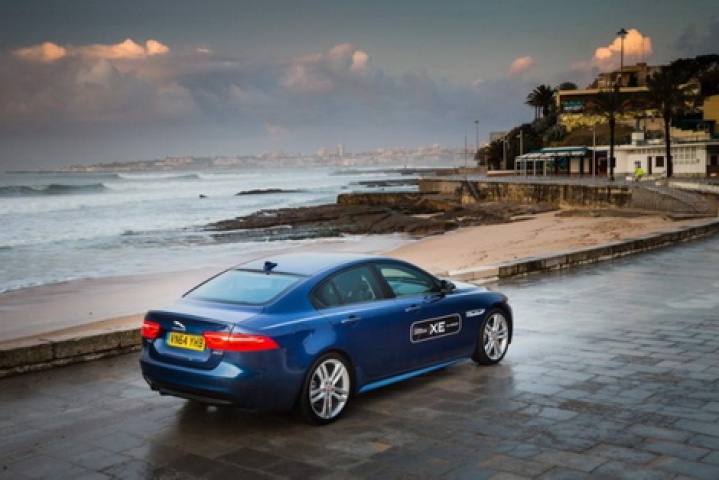 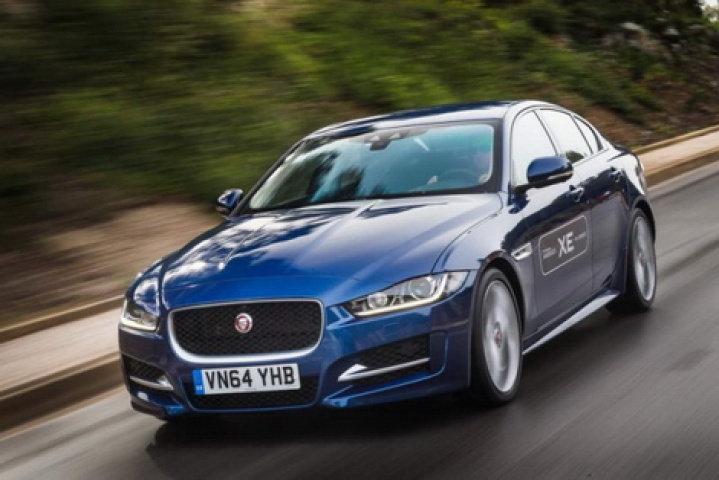 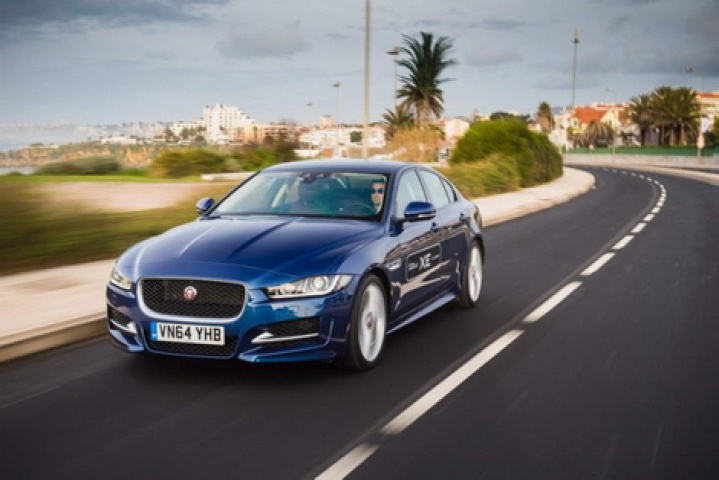 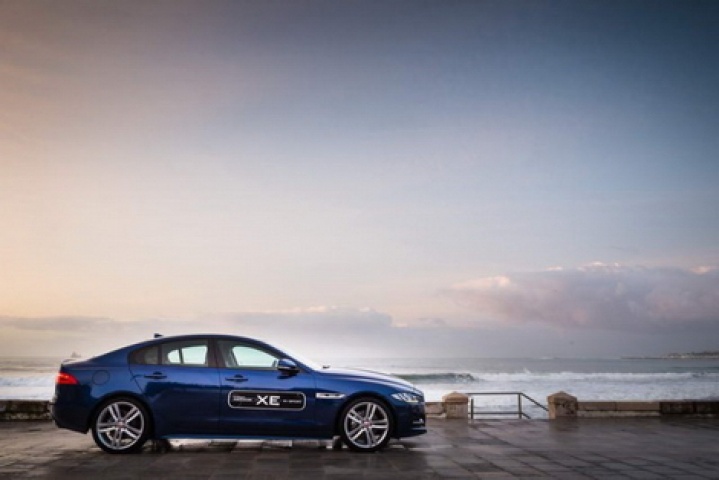 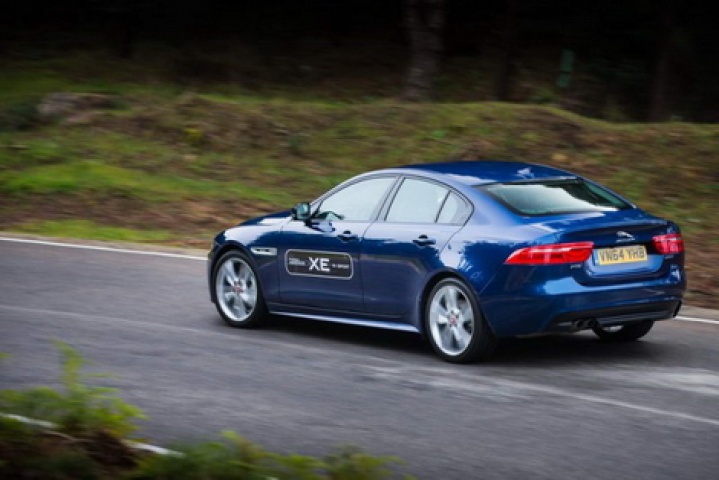 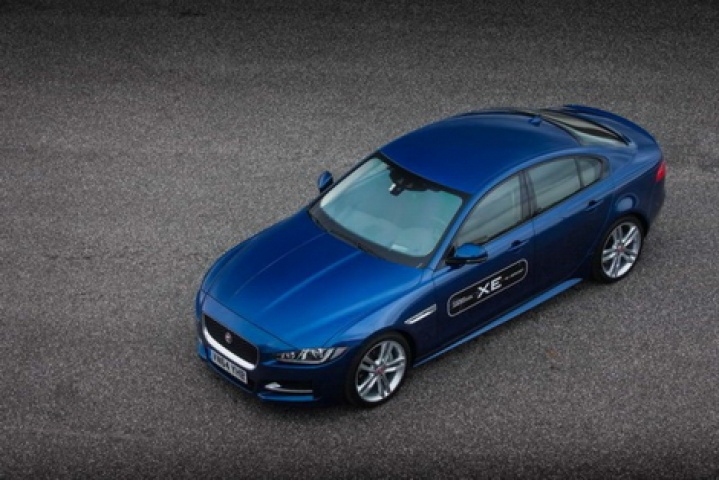 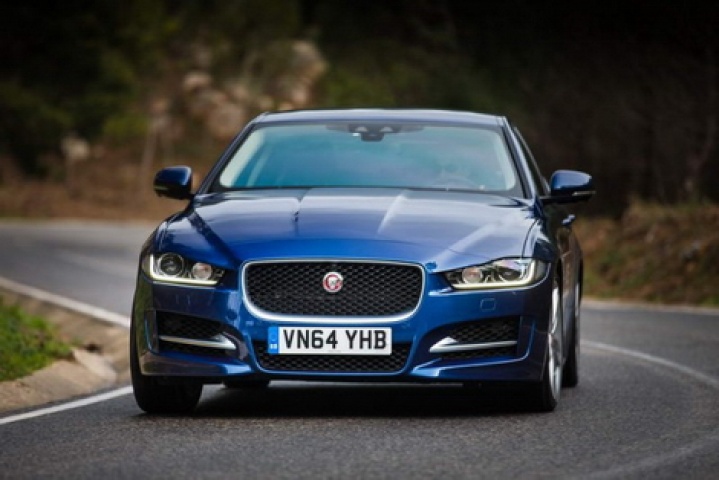 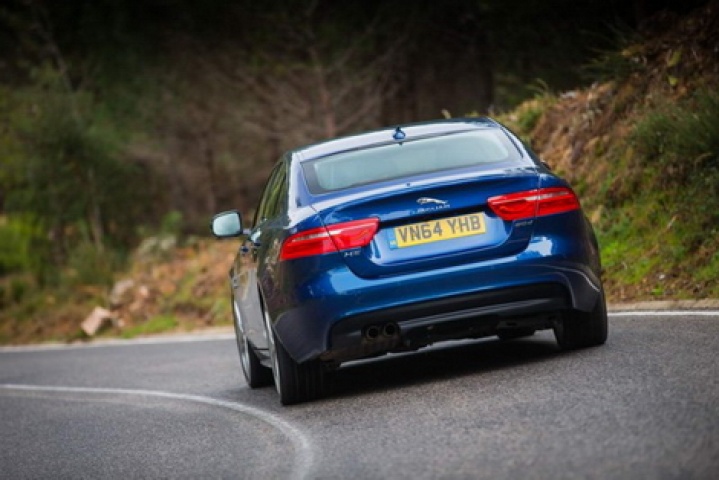 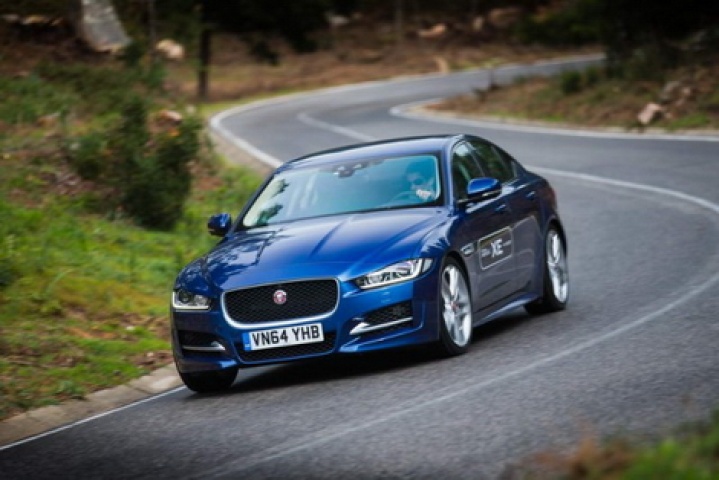 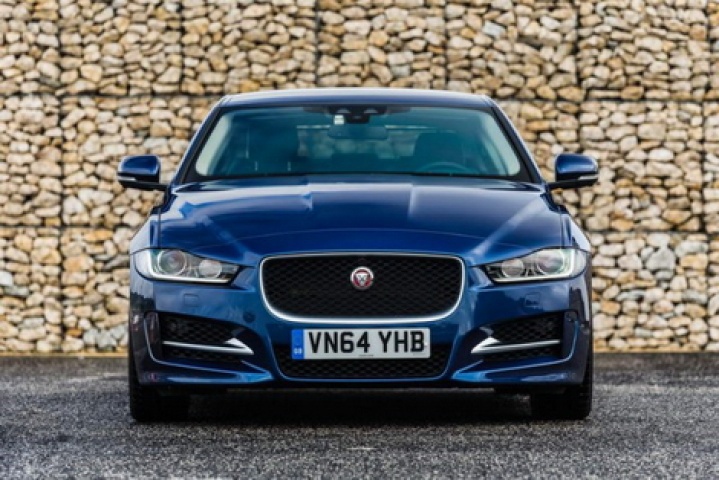 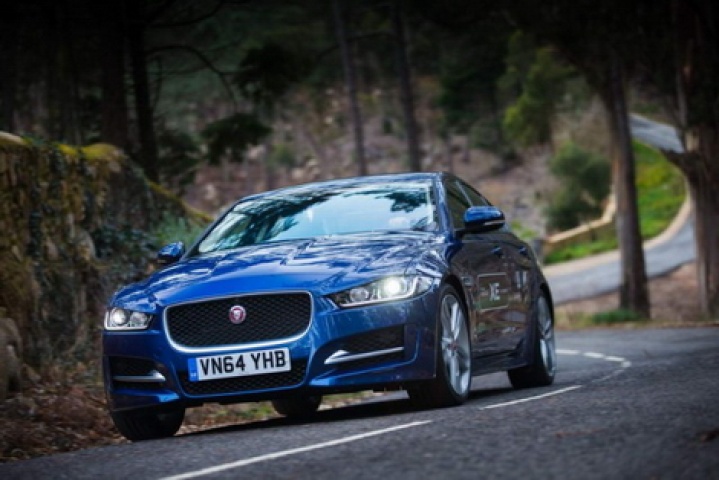 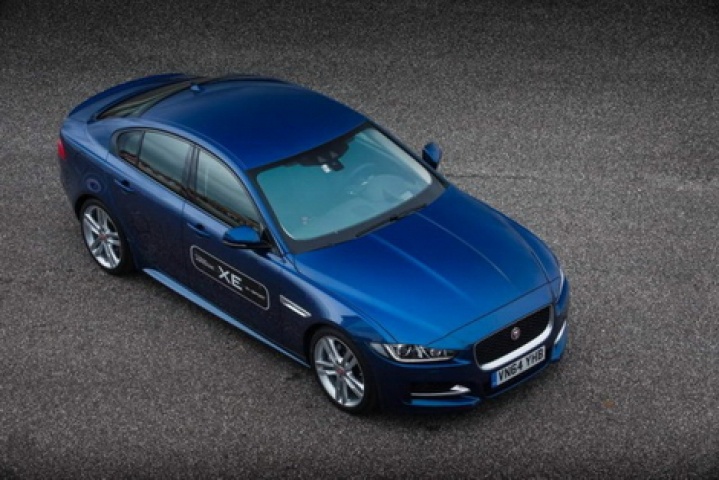 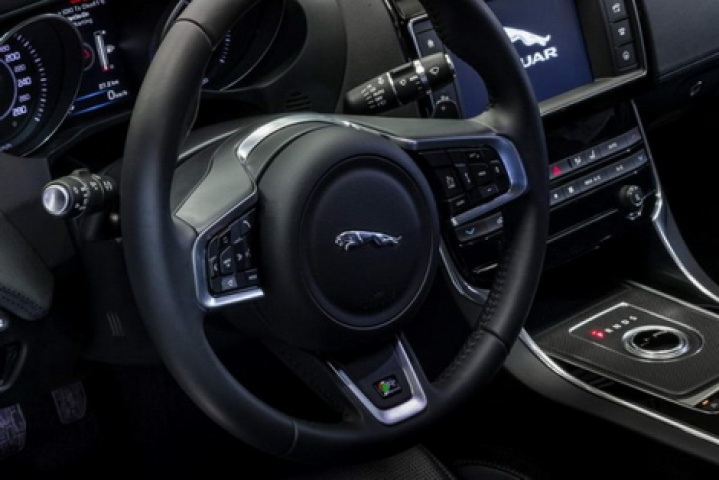 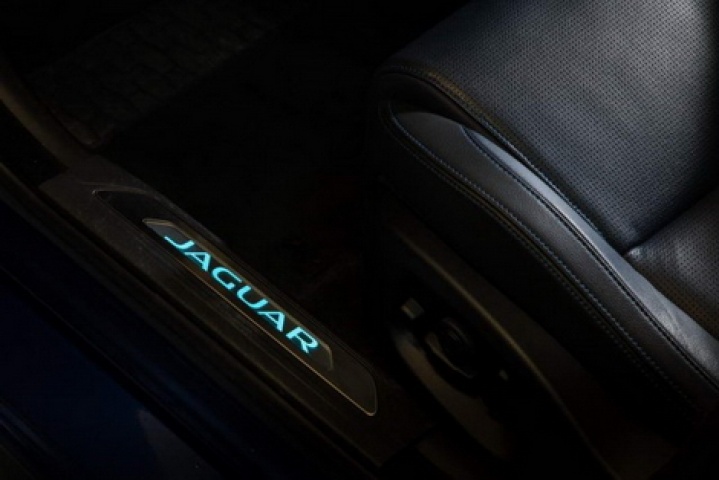 An early drive in the Jaguar XE indicates that the new executive contender will give its rivals a tough time.

The new Jaguar XE aims to take a bite out of the huge sales success of the compact premium saloon marketplace. A newcomer to rival the BMW 3 Series, Mercedes-Benz C-Class and Audi A4, first impressions suggest it has got the measure of its German rivals.

* These are the best figures the XE diesel will produce; they'll vary from model-to-model

Jaguar could be accused of conservatism with its new BMW 3 Series rival. It's familiar, though that's probably as much down to Jaguar's huge pre-launch push of its new car as any lack of imagination from the design team. From some angles there are hints of other cars, some commenting that the rear could be an Audi - less kind comments saying the rear haunches have a hint of Citroen C5 about them. Certainly it can look a little under-wheeled and the body detailing is better expressed in lighter colours, but overall it's a shape that works.

If the exterior can be accused of being a touch safe, then the interior compensates. There's a multi-levelled dashboard and the wide transmission tunnel gives it a cockpit feel; the deep, dark (sometimes too dark) instruments add to that. There's a head-up display option, which is useful given the dark instruments, but the surfaces around its housing do lead to some distracting reflections on the windscreen. We were told that it's being looked at (as our test cars were classed as 'pre-production prototypes'), but the interior is befitting of cars in its intended class, even without final, production grade materials in some places. Space is fine up front, but rear seat passengers will find head- and legroom at a premium, while the boot's not vast either.

As mentioned above, the test car was just a prototype, so there are some provisos regarding NVH (Noise Vibration Harshness), but fundamentally this car is what will be in the showroom soon. Six hundred pre-production and prototype cars will be built prior to that, underlining Jaguar's efforts to get it absolutely right in this hotly contested marketplace. Facing established - and highly regarded - rivals like BMW's 3 Series, the Mercedes-Benz C-Class and Audi A4, Jaguar cannot afford to get it wrong if it has any chance of success against the formidable Germanic trio.

The good news is that this early prototype delivers a drive that's at least the equal, and in many regards superior, of its foes. Built largely from aluminium for lightness, the XE's structure is claimed to be stiff, so Jaguar's engineers focused on the XE's suspension to allow it to deliver both precise control and a fine ride quality. With double wishbones up front and an Integral Link rear set-up, the XE rides with a supple composure that's impressively controlled, even on this car's passive, lower and stiffer Sport suspension set-up. Despite its ability to smother even rougher surfaces there's an agility and response that's genuinely surprising given its high level of comfort and large alloy wheel fitment. There will be a comfort specification passive set-up too, along with optional adaptive damping (likely to be standard on more expensive, higher power derivatives), but this conventionally sprung and damped Sport set-up delivers a fine balance.

The steering, an electric power-assisted system, helps too. With decent and consistent weighting it doesn't deliver a great deal in the way of feel, but is accurate; the XE turns in quickly and traction at the rear is impressive, too. The 2.0-litre turbodiesel engine, an all-new Ingenium unit from Jaguar, is free-revving, though a bit vocal in prototype form. There's an obviously diesel note between 1,200- and 1,800rpm, though Jaguar insists that'll be addressed in production cars. With eight ratios to swap between it's a good thing too that the automatic shifts so imperceptibly. It's good enough to make the wheel-mounted paddles largely redundant - unless you're determined to keep your fingers busy. There's a new infotainment system too, which is better rather than brilliant, though it's good enough alongside the competition.

Indications are that five trim lines will be offered, from an SE entry car to a Portfolio models in the regular line-up; the range-topping S is offered in 3.0-litre V6 petrol guise. You'll not go wanting too much with the SE, all XEs getting satnav as standard, along with DAB audio, alloy wheels and cruise control. Prestige adds leather, bi-Xenon headlights and brushed interior trim, while R-Sport gets sports suspension, 18-inch alloy wheels, LED driving lights and R-Sport styling, including a rear spoiler, side chrome vents and gloss black window surrounds. Portfolio adds soft-grain leather, 10-way electrically adjustable seats, a Meridian audio system and aluminium trim. Note that we're basing all this on the UK specification. The Irish cars are likely to differ a little and we'll update this story once the information is officially available.

The XE uses a deployable - pop-up - bonnet for pedestrian safety. It doesn't use an airbag system, instead featuring pyrotechnic hinges with springs. That makes it cheaper to repair should it be deployed.

Jaguar has long been missing out on a potential wealth of sales in the compact executive sector by not having a model to offer. Now, with the XE, it has got just that. This early drive suggests that the XE has got what it takes to be right up among the very best in the class, possibly even above them.