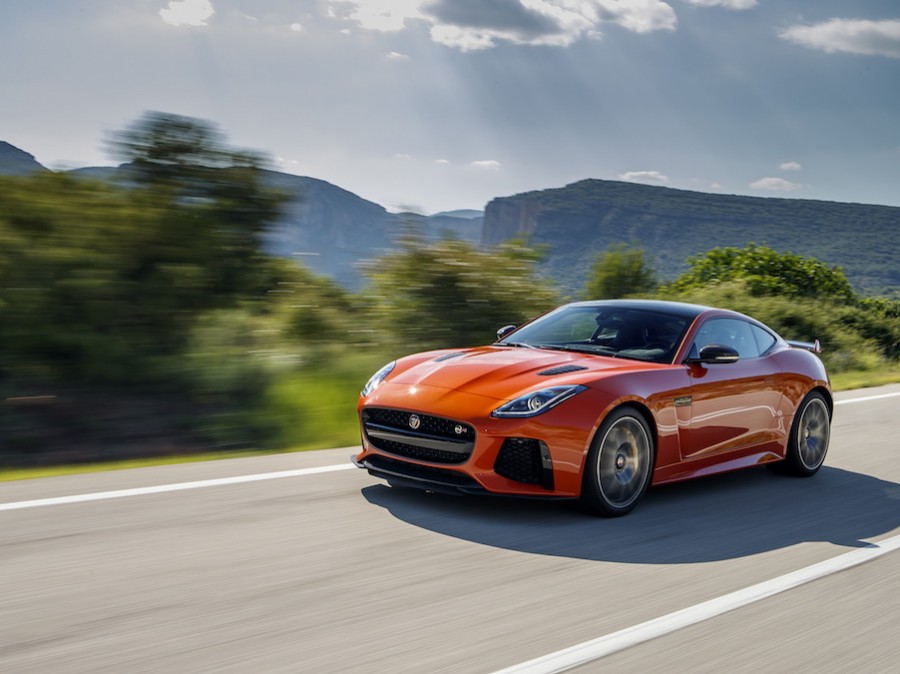 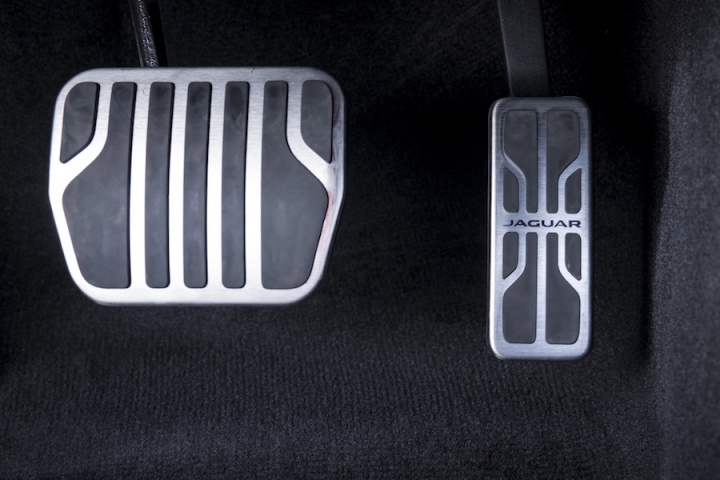 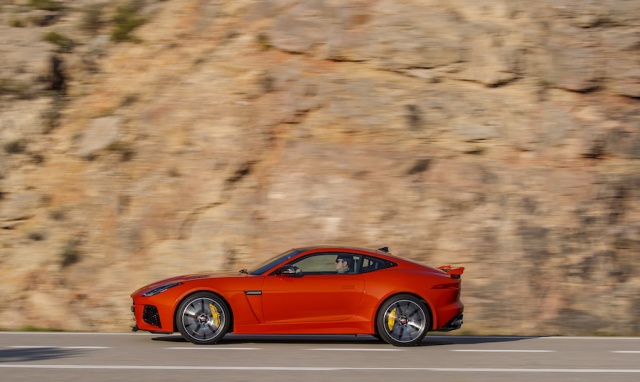 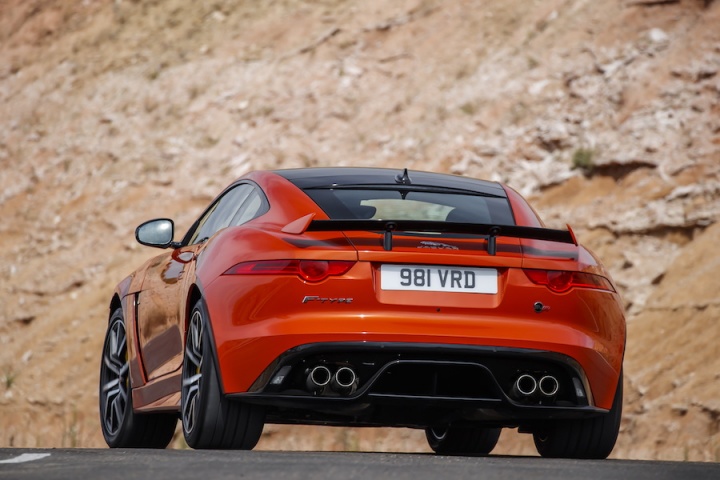 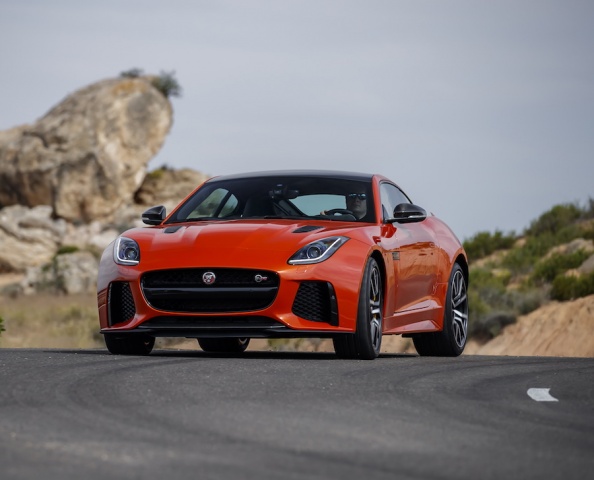 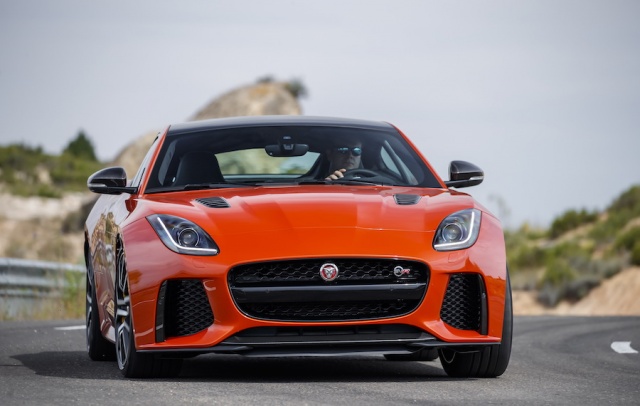 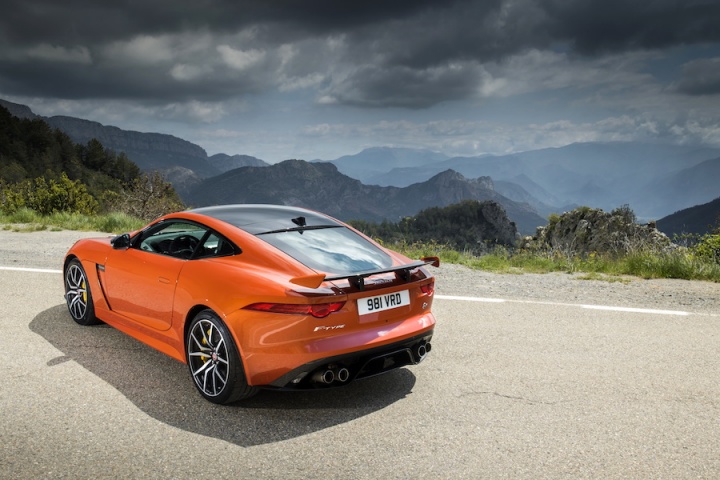 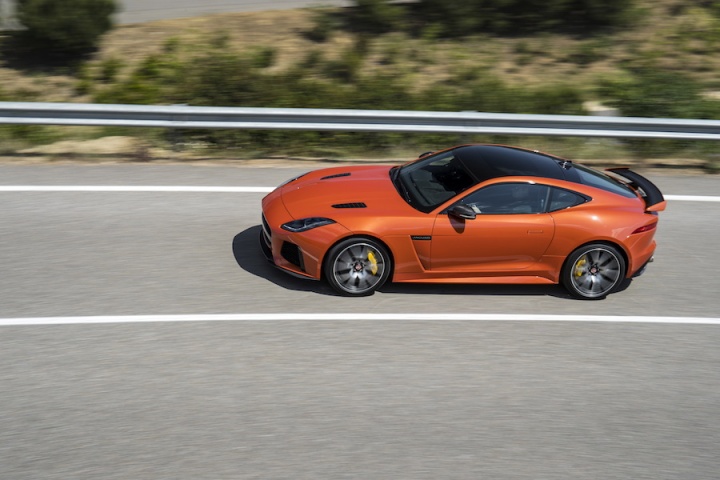 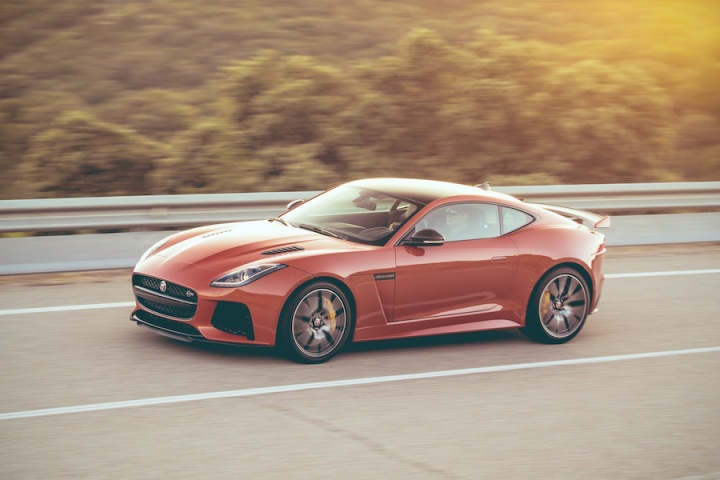 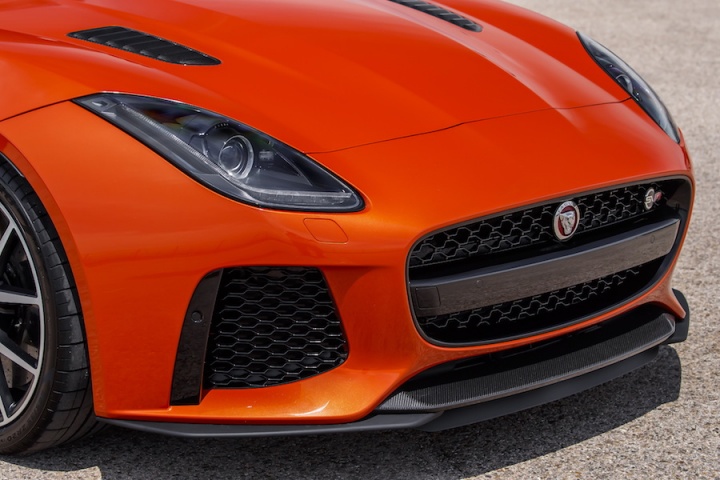 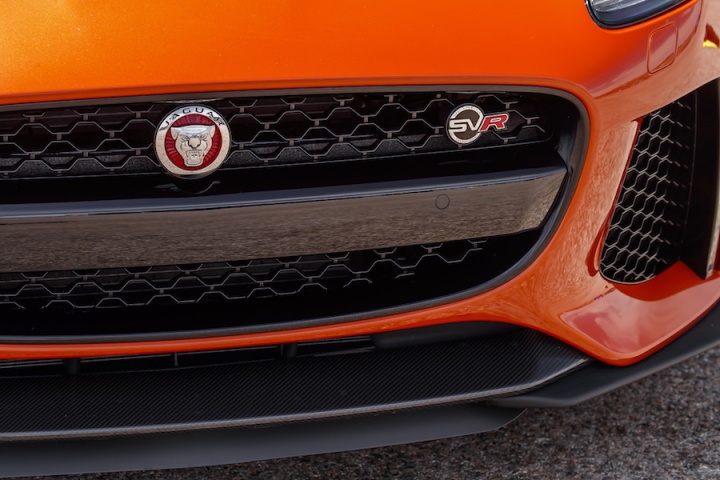 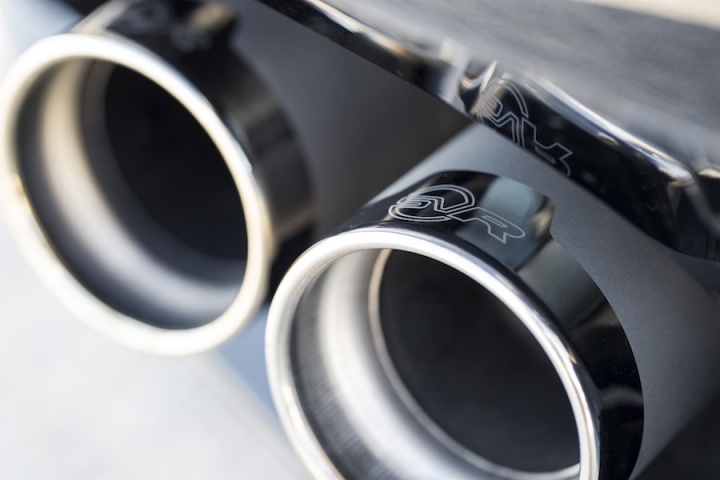 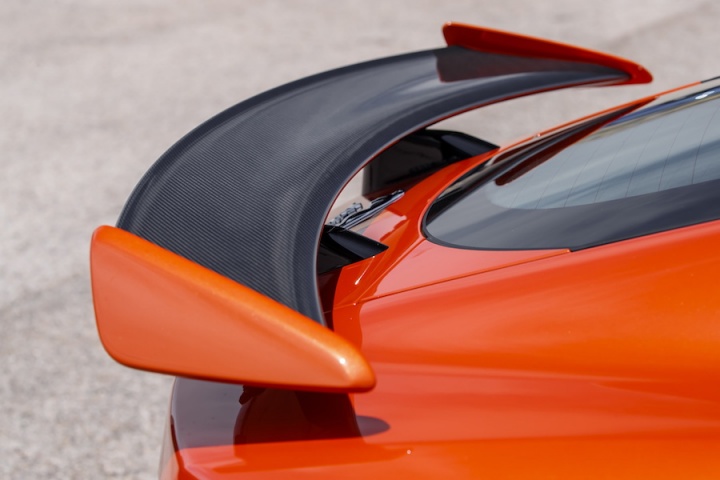 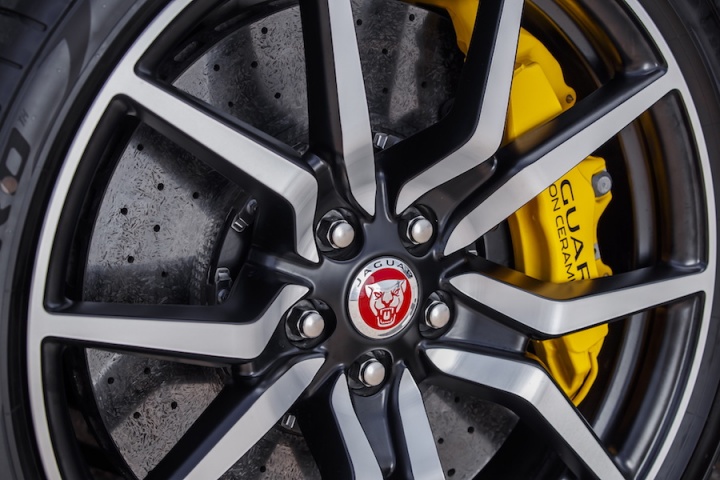 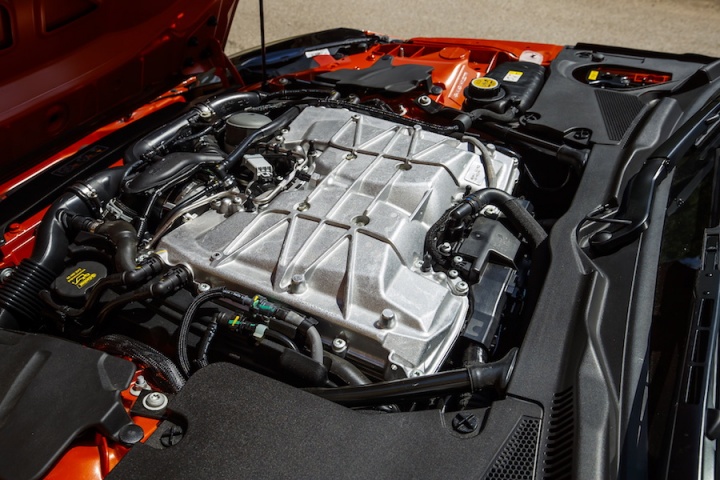 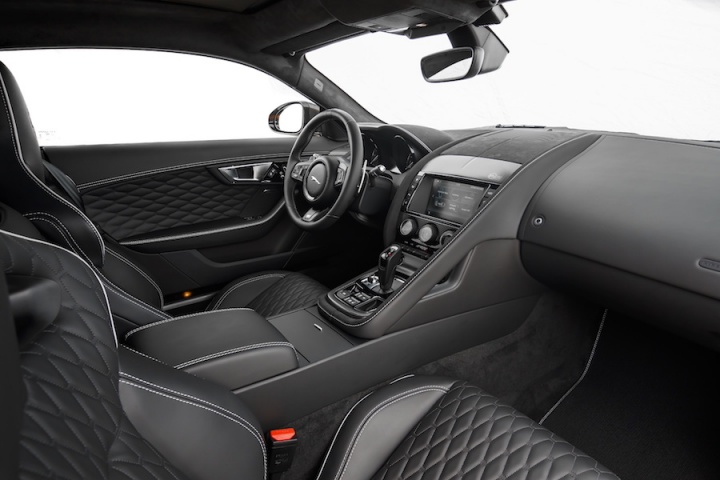 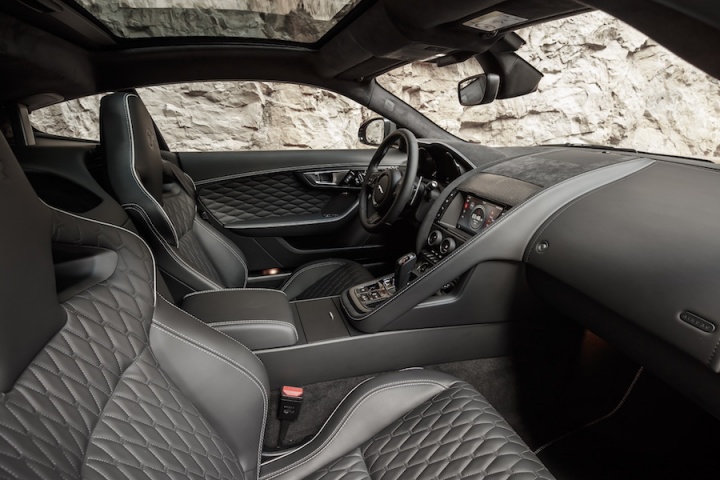 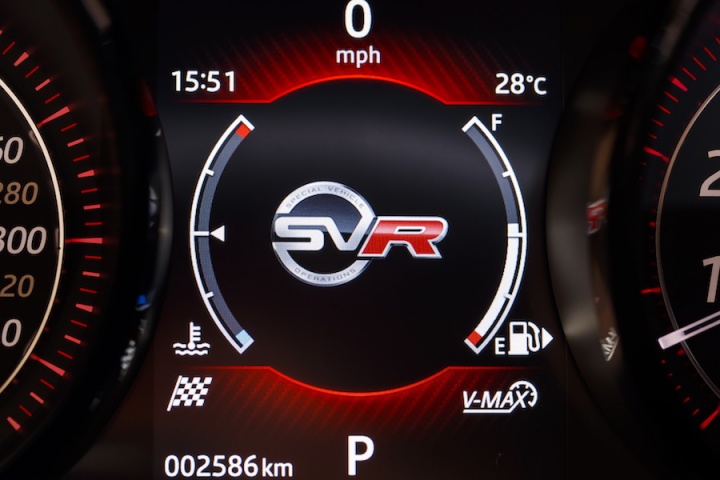 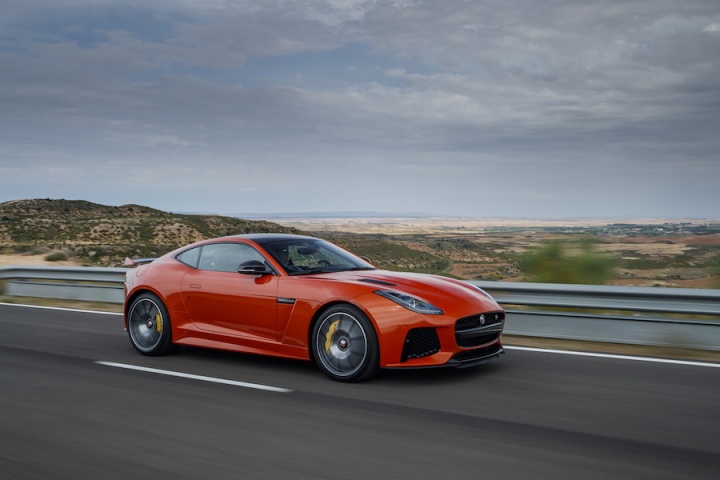 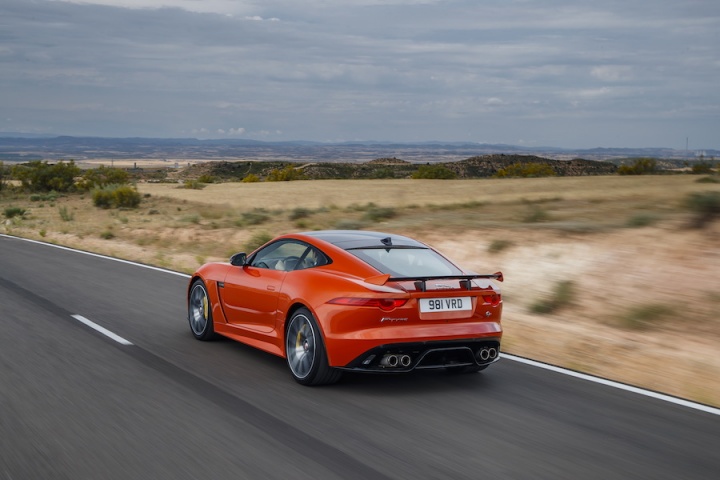 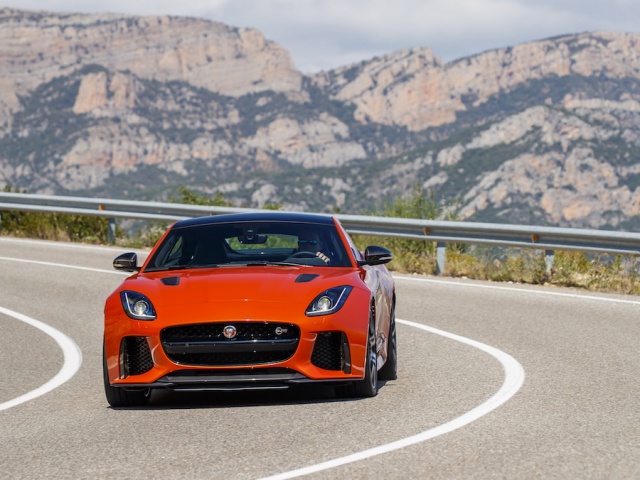 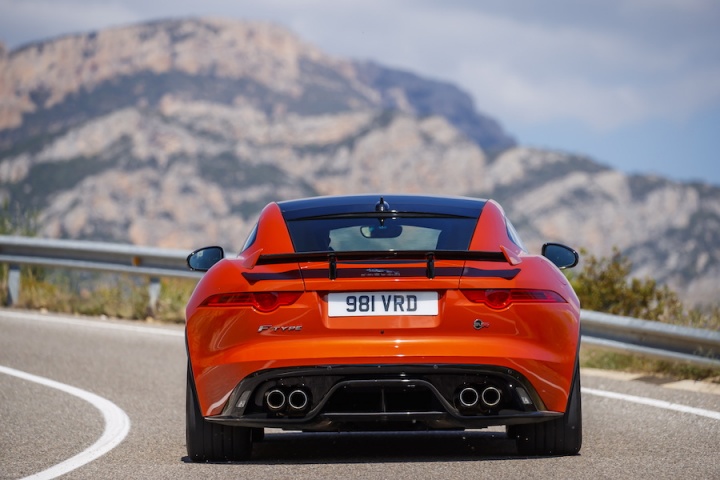 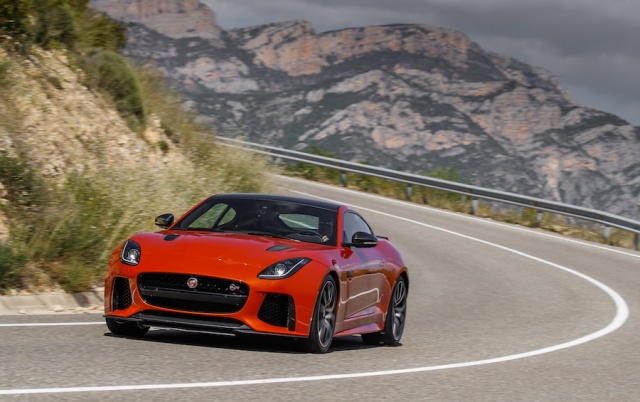 SVR changes to the Jaguar F-Type up the power, increase the pace and add equipment, but the SVR brand sends out mixed messages as to its positioning. Somewhat surprisingly, it's not the rawest, most engaging F-Type in the range, despite that R 'for Racing' on the sub-brand's badge.

Aerodynamic revisions define the Jaguar F-Type SVR's altered look in comparison to its merely 'assertive' R relation, as SVR adds some aggressively functional elements to the Jaguar's lines. There's a more prominent front splitter for a start. Above that sits significantly enlarged air intakes either side of the central grille, which wears an SVR badge on its honeycomb surface. The bonnet is subtly re-profiled too, the vents shifting further down for improved cooling, while there are gill-like slats aft of the front wheels, which, combined with apertures in the front wheelarches, allow high pressure air within the wheelarches to escape, reducing front-end lift. The floor is flat, there are extended sills on the flanks, a Venturi rear element and an inelegant new active spoiler on the boot lid. Combined, the changes reduce drag and reduce lift, all of which helps contribute to the coupe's 322km/h top speed.

The SVR badge might suggest ultimate performance, but there's a surprising bias towards comfort, too, which is underlined by the interior specification. The 12-way adjustable SVR performance seats are covered in quilted stitched leather, while a black leather (or suede) steering wheel featuring larger paddle-shifters. Otherwise the F-Type SVR's cabin is more or less carried over from the rest of the F-Type range. The instrumentation is clear, though the touchscreen centre console feels second rate compared to the best rival systems, both in look and operation.

With its 322km/h top speed (that's just over 200mph in old money), the Jaguar F-Type SVR is, says Jaguar, the fastest production car it has ever built. That's ignoring the XJ220, of course, semantics suggesting the firm's supercar wasn't a conventional production car... Anything with Jaguar's 5.0-litre supercharged V8 engine under the bonnet is going to be fast, and so the SVR proves. The output of that vocal V8 has been upped by 25hp to 575hp, produced at the same 6,500rpm. Torque grows slightly to 700Nm, some 20Nm more than the regular R, helping drop the 0-100km/h time to 3.7 seconds and raise the top speed. On the long straight at the Motorland circuit in Aragon, Spain, we saw an indicated 296km/h before the optional Carbon Ceramic Matrix discs washed most of that off in time for the fast-approaching corner, so the SVR's performance is very much in the sphere of a super rather mere sports car.

It's not without drama either, as the titanium exhaust has been tuned further, both to reduce weight and up the aural signature, the exhaust crackling and popping like rioters wrapped in bubble wrap - even when it's on its more restrained setting. Press the loud(er) button and you can bung some cannons and fireworks into the proceedings, making the SVR a boisterous machine, which is fine when you're in a hurry and having fun, less so if you're trying a relatively inconspicuous overtake.

That's where the SVR - or specifically the thinking behind it - goes a little bit awry in our opinions. Speaking to SVO (the Jaguar Land Rover offshoot responsible for SVR - and in time SVX and SVAutobiography), we're told that the idea is for a more comfortable car, which is underpinned by suspension that sees the roll bar stiffness reduced at the front and thickened at the rear. The rear knuckles are now aluminium die-cast, improving stiffness for greater control. It's worked, too, the F-Type riding with real sophistication, its ability to smother bumps - despite a wider tyre set - and maintain control on all surfaces is genuinely impressive. Compression bumps at high speed see the SVR taking a moment to settle, but it never feels like it's uncontrolled, despite its more comfort-focused gait. That's at odds with the expressive exhaust and the headline performance figures, as well as the adoption of four-wheel drive. Hence, SVR's mixed message of performance and civility are somewhat confused, leaving the cheaper R, with its rear-wheel drive and only slightly less powerful engine fulfilling the role of the F-Type lunatic, whereas the F-Type SVR is sophisticated, if loud about it.

Ignore the mixed messages of the branding for a moment, take the SVR in isolation and it's impossible not to be impressed. The steering is sharp, the SVR's front end feeling very faithful; it'll be a heroic attempted turn in speed that sees understeer here, the balance largely neutral, or, with the correct dynamic settings on the traction and stability systems adopted, rear-biased. It will drift, if not with the hilarious ease of its rear-driven relation, as the four-wheel drive system is set up to help pull it out of oversteer, diverting torque to the front wheels when opposite lock is applied. That's all for the track though, which, in reality, isn't somewhere we'd imagine many privately owned SVRs will visit - despite it's impressive ability there.

On twisting, tight roads is where the SVR really reveals its breadth of ability. The responsive, direct front end gives it excellent agility and the rear is faithful unless you're brutal with the accelerator. The engine is mighty too, the 5.0-litre supercharged unit's acceleration being relentless in its eagerness for revs. The eight-speed automatic facilitates all this with quick changes on demand from those bigger paddles shifters. The suspension's supple ride allows it to be driven quickly with ease, though do so and you'll be heard for miles, which isn't always ideal...

The current range-topping Jaguar F-Type is the 5.0-litre V8 R AWD, at €168,000, and the new SVR model starts at €198,200. It's crammed with equipment so you'll only have to choose how to personalise it and you can also have an SVR roadster if you're feeling optimistic about the Irish weather.

What we have here is a hugely capable range-topper from Jaguar that introduces the SVR brand. Sensational as it is, it's possibly not distinct enough from the rest of the range to really justify the hike in price, and the mixed messages of greater comfort and roundedness with its greater performance, boisterous exhaust and more extrovert looks are curious. That's branding though rather than anything in particularly wrong with the car's execution, which remains very impressive indeed. 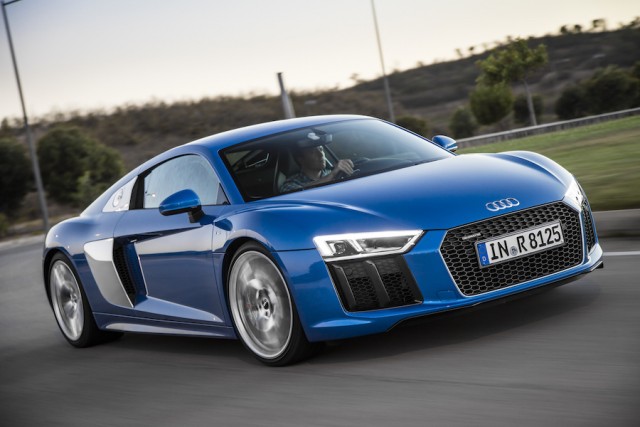 Audi R8 V10 review
Audi R8 vs. Jaguar F-Type SVR: not the plus model, but the standard car, which still comes with a 5.2-litre V10 and 540hp. It's a bit quicker than the Jaguar and more exotic in its specification, too. 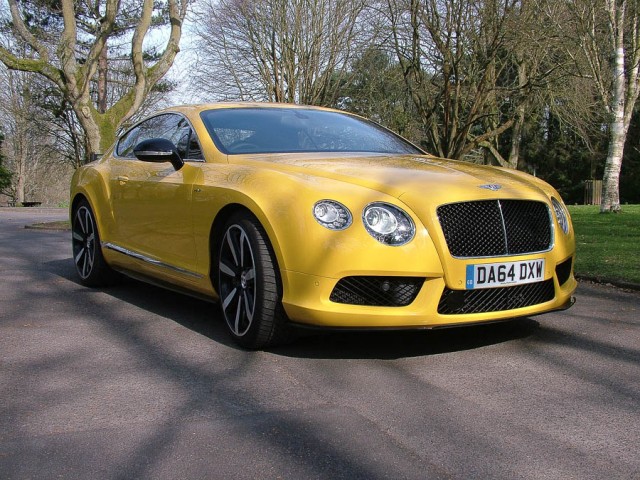 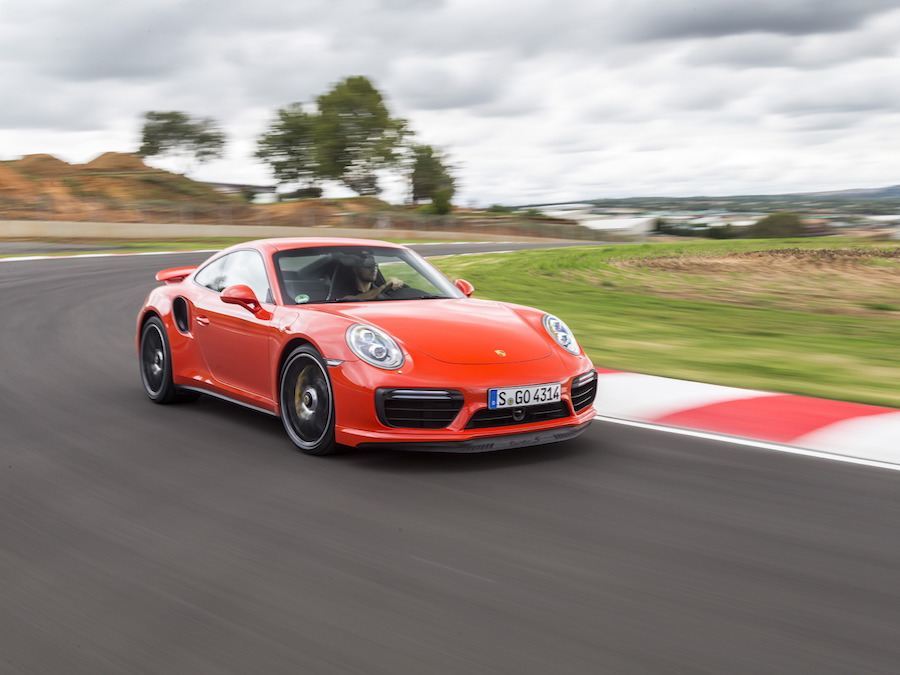 Porsche 911 Turbo S review
Porsche 911 Turbo vs. Jaguar F-Type SVR: four-wheel drive, two turbos and a six-cylinder in the back here, the 911 Turbo is the benchmark in its class and is quicker than the Jaguar, but then it's also a lot more expensive.