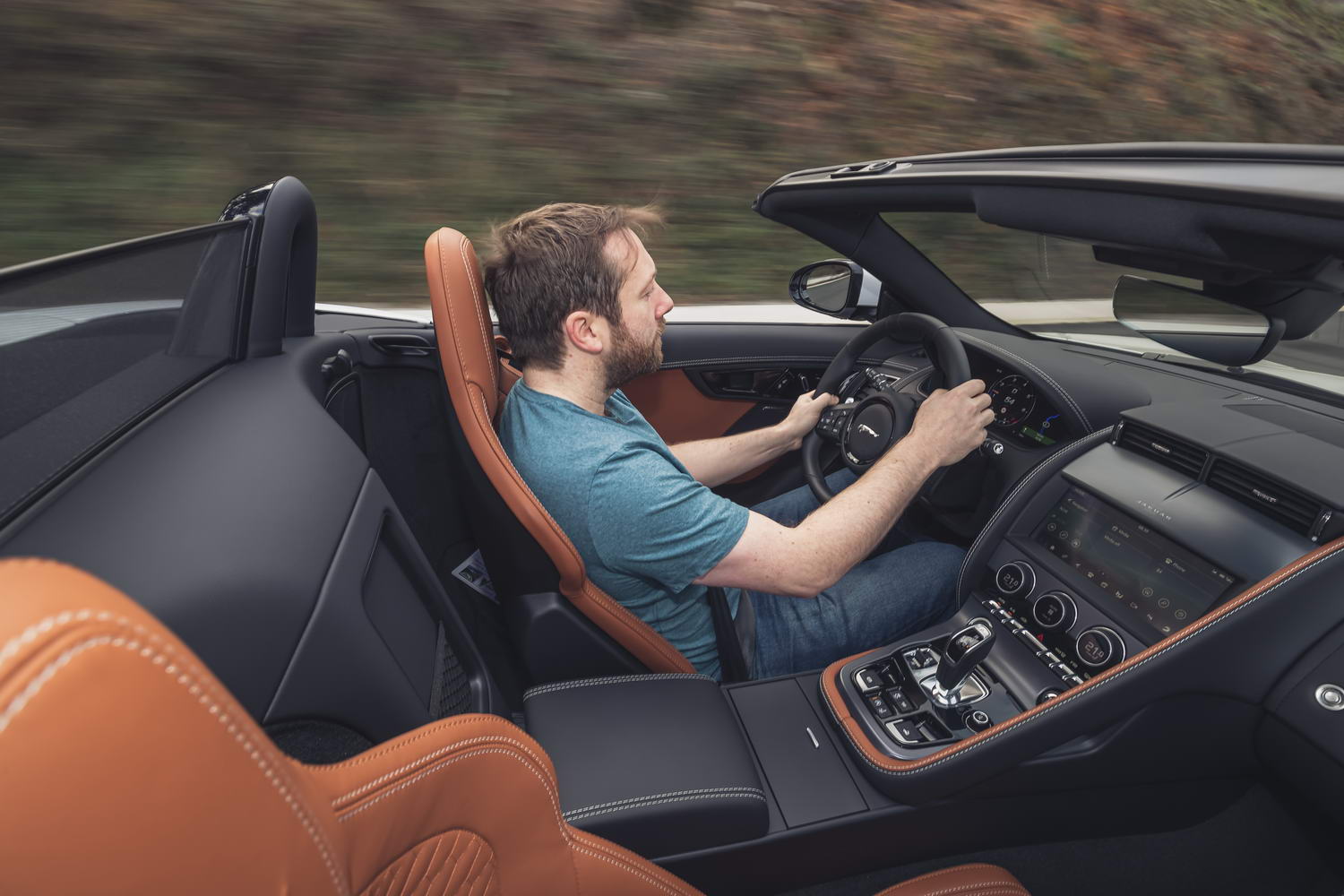 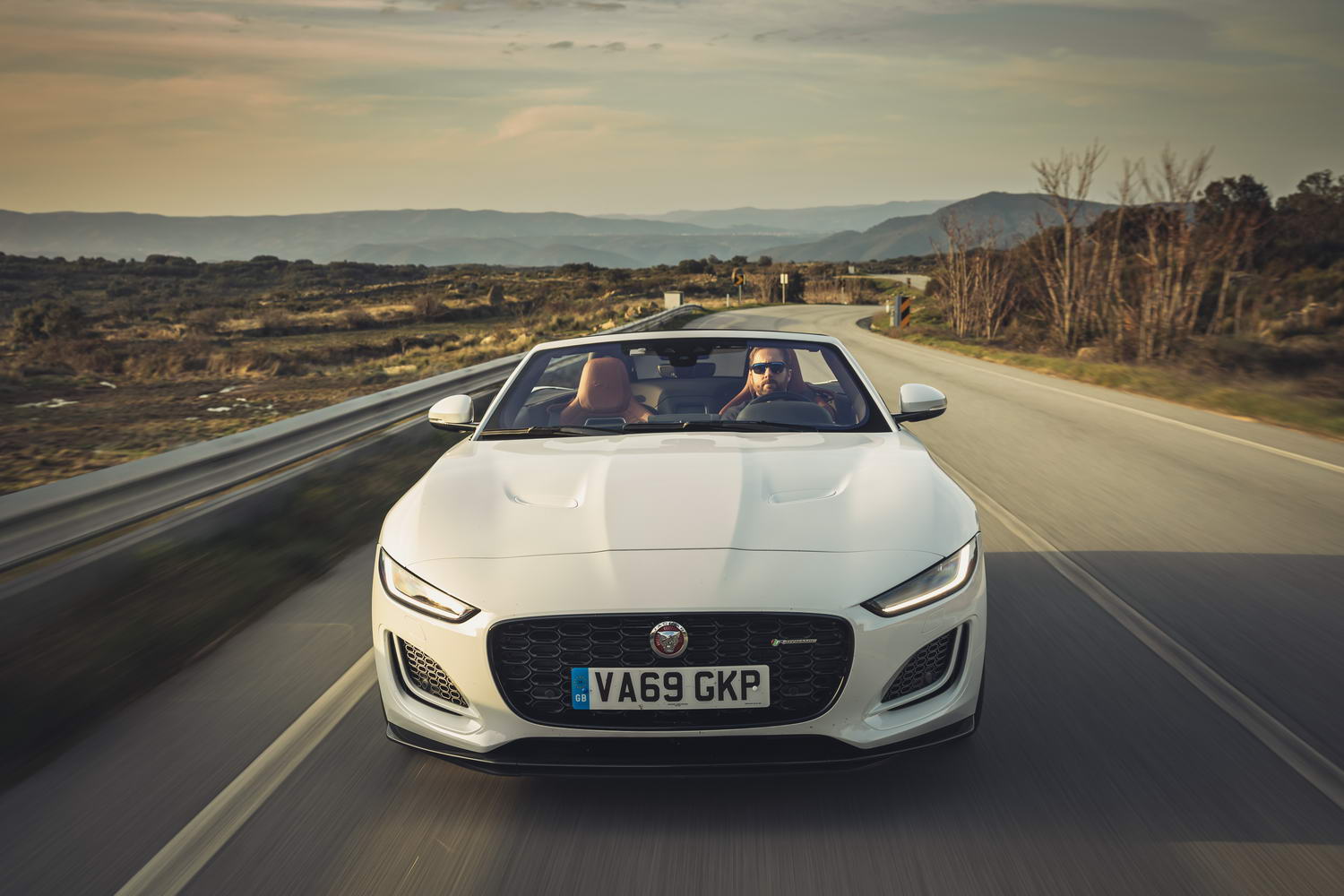 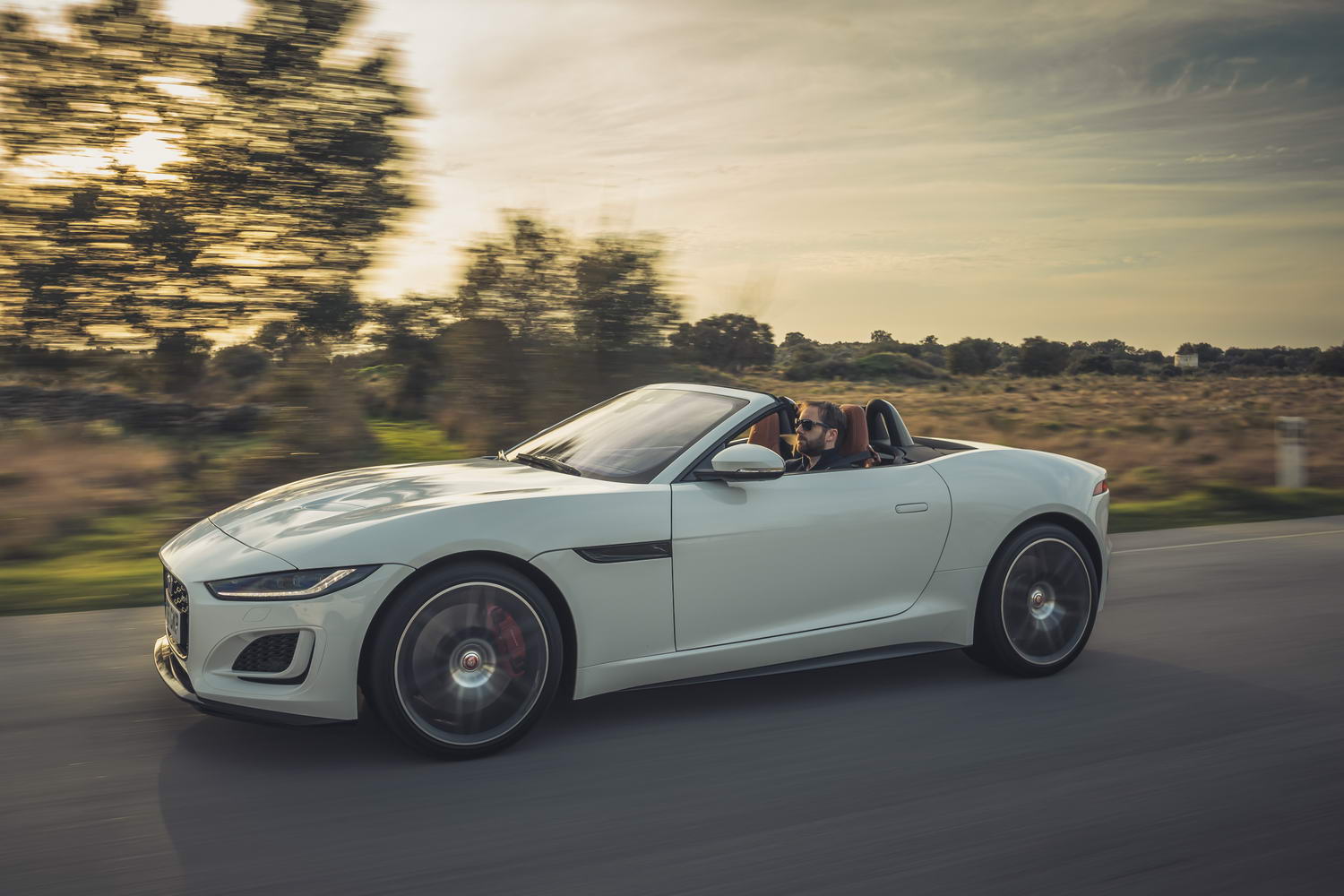 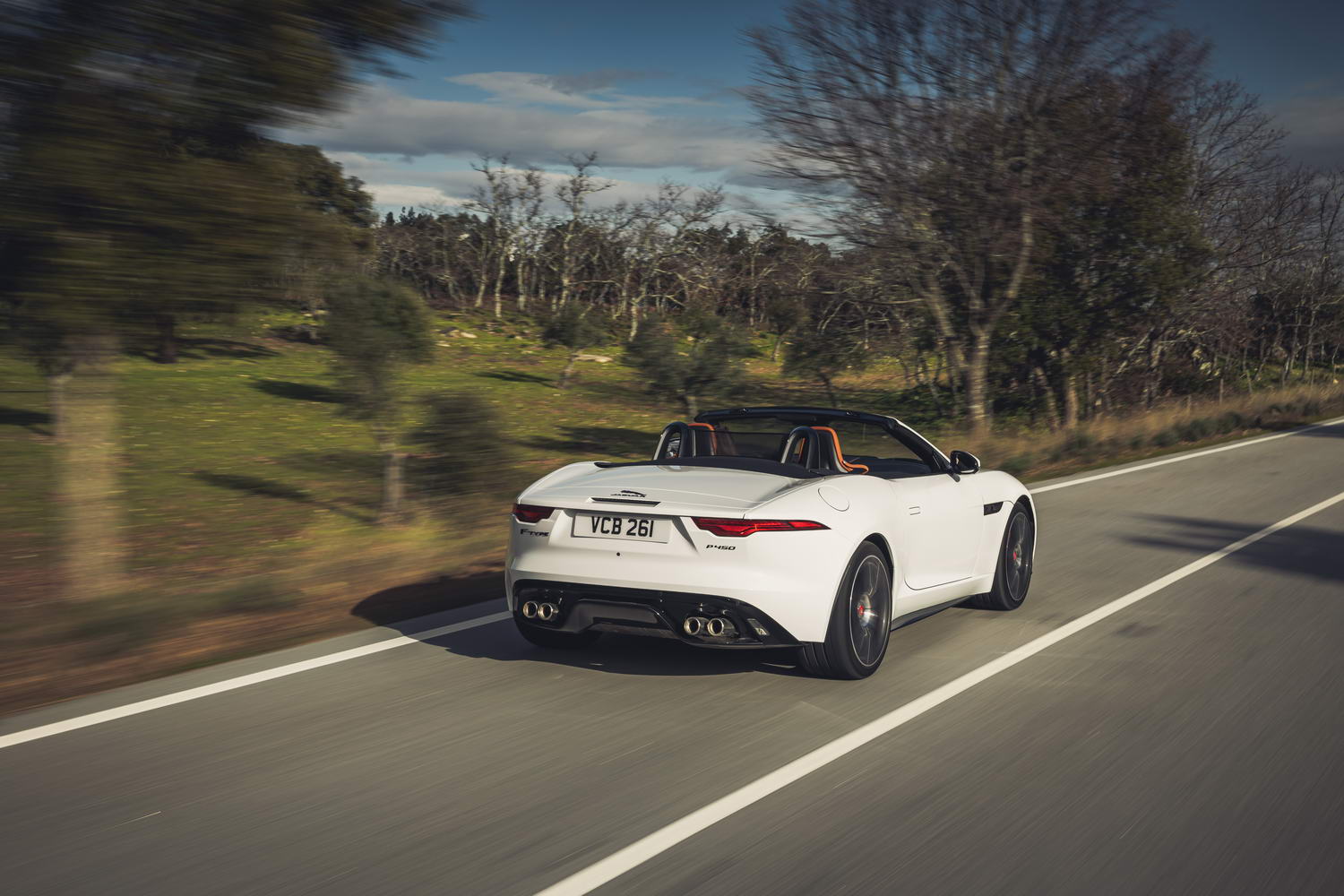 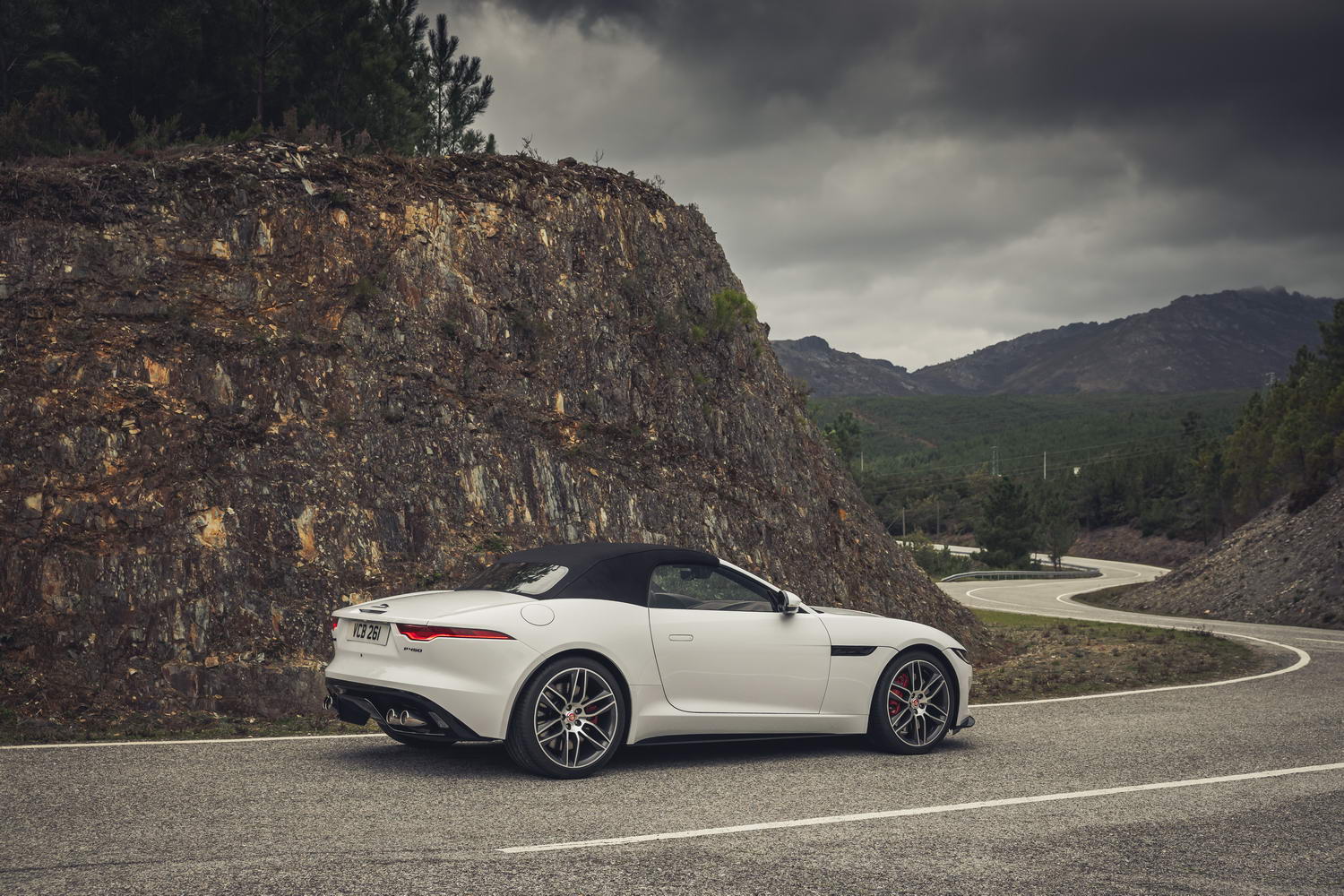 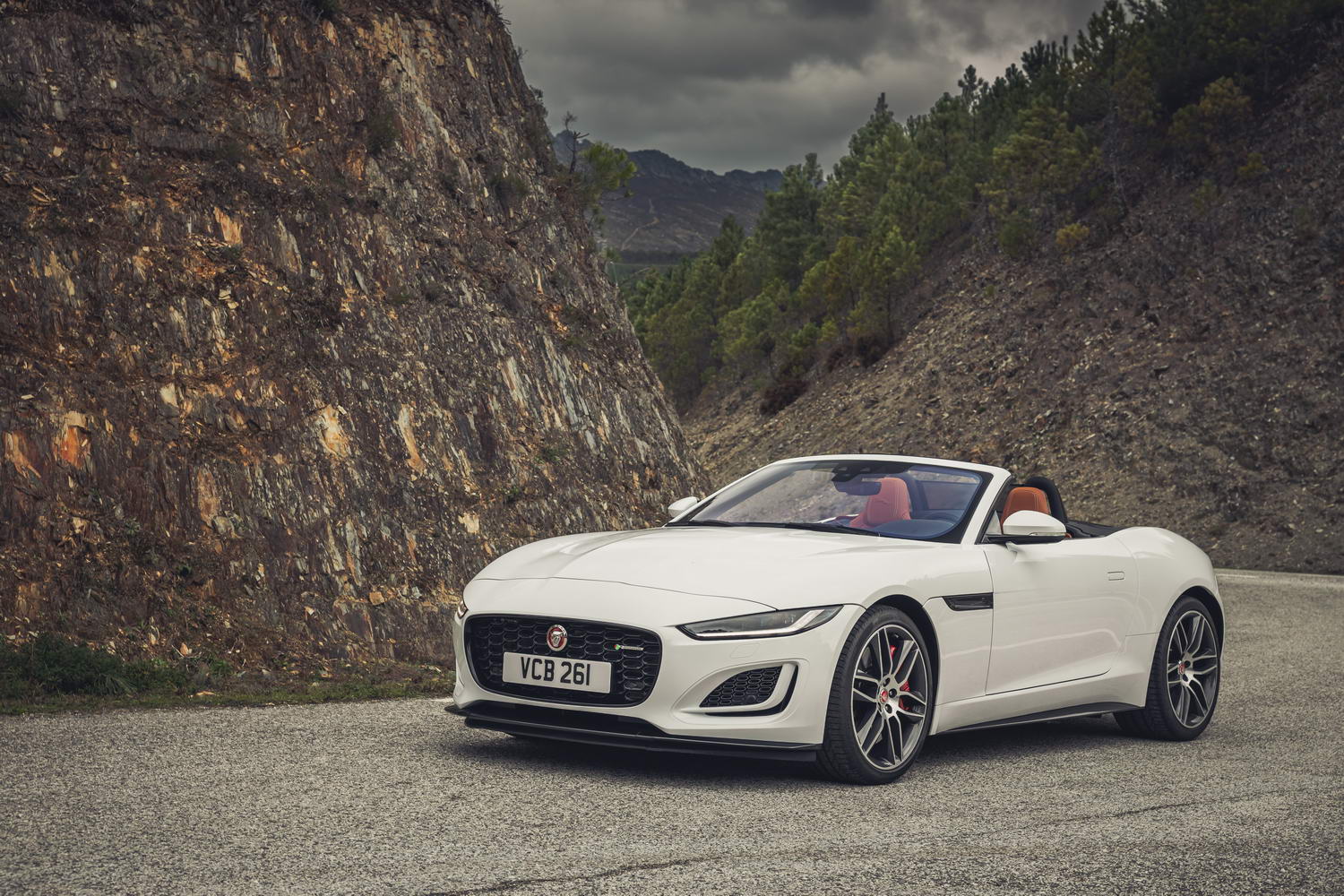 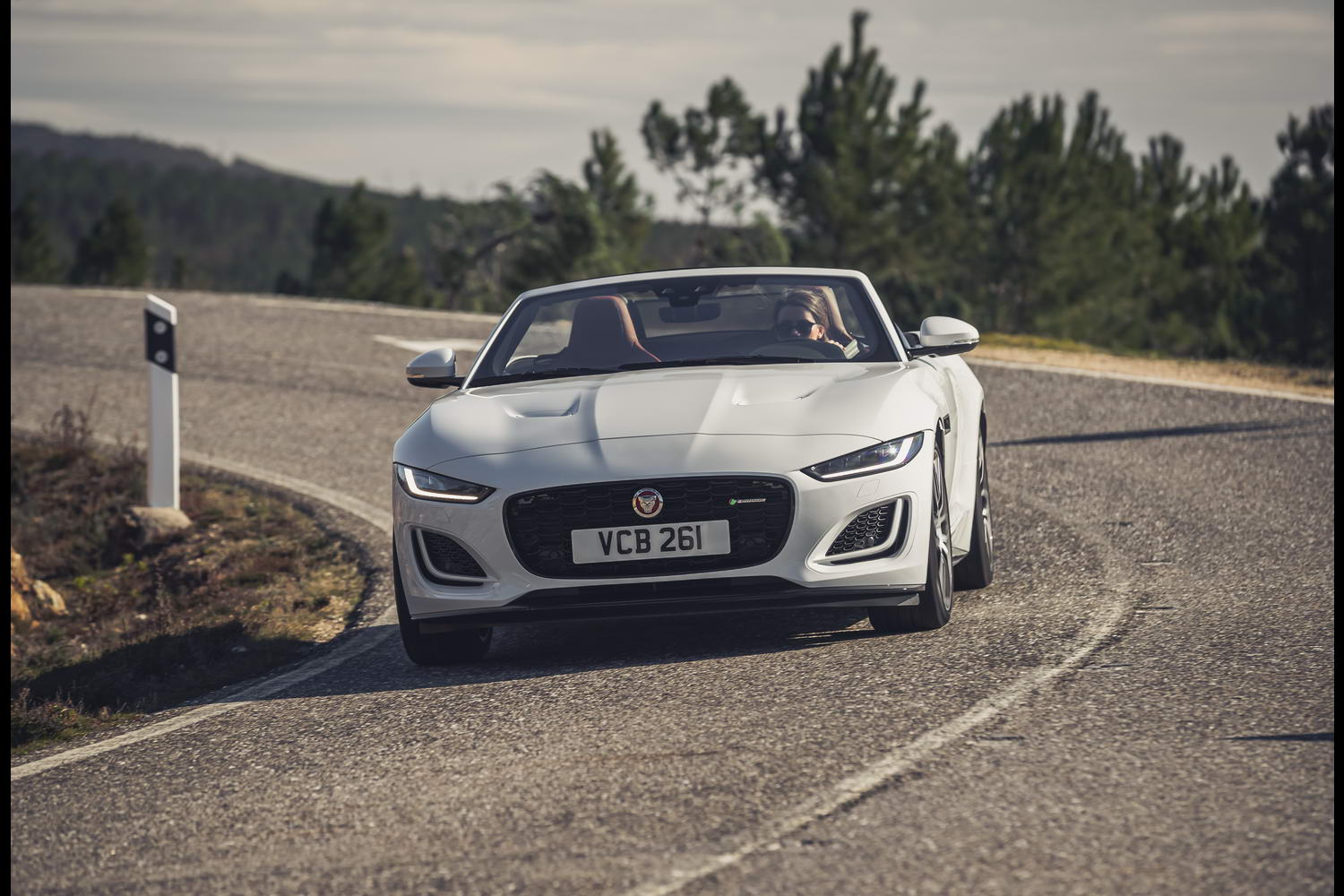 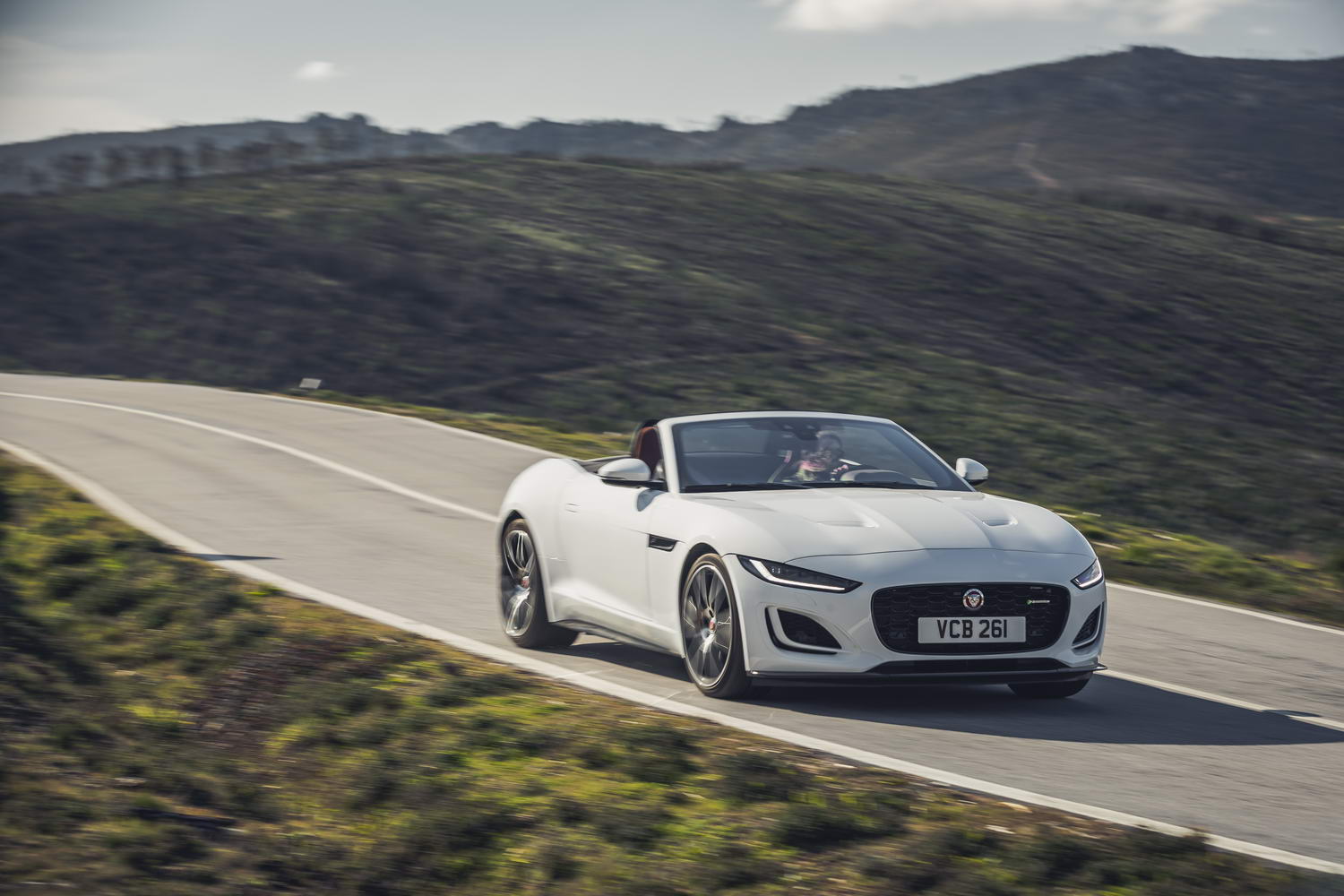 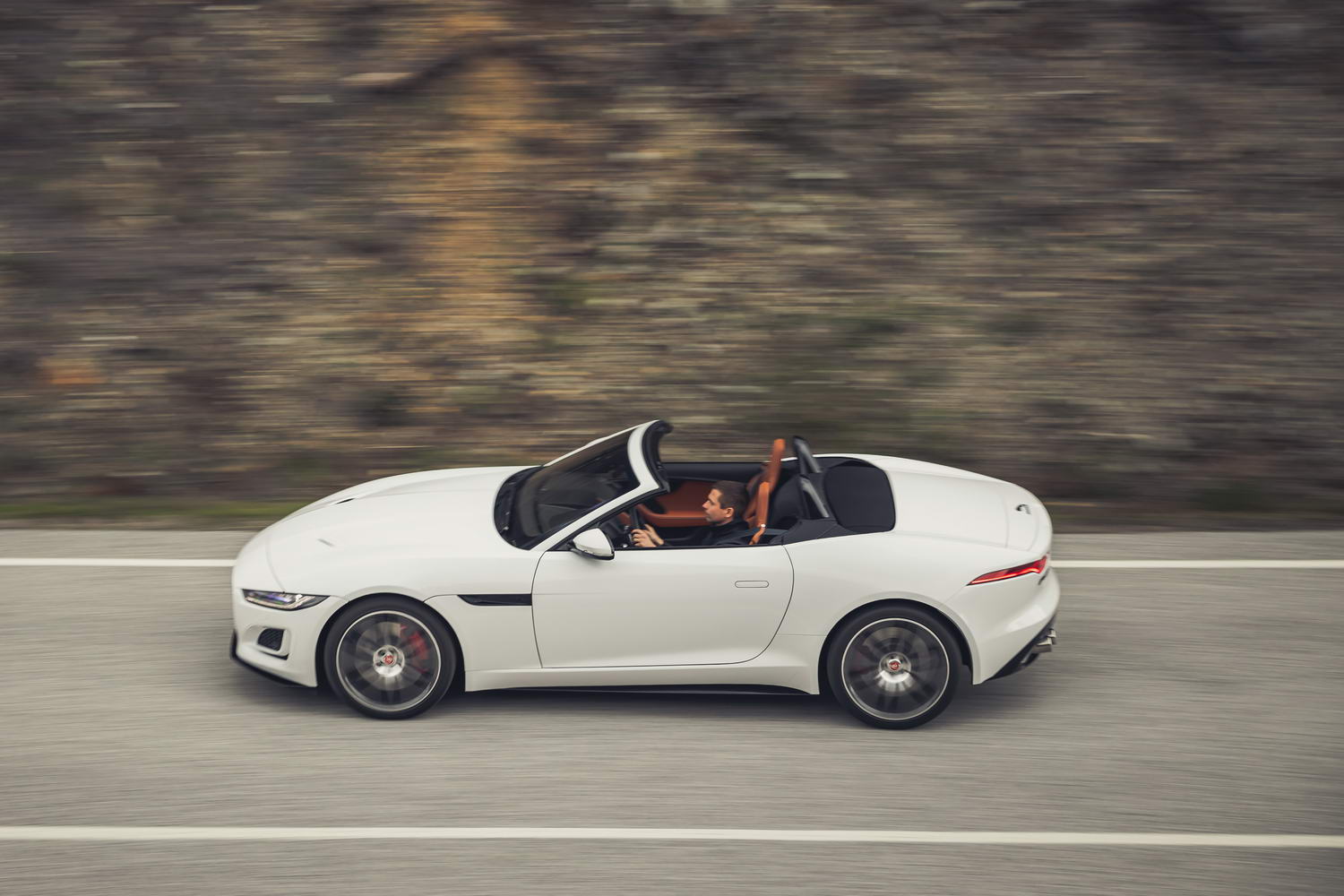 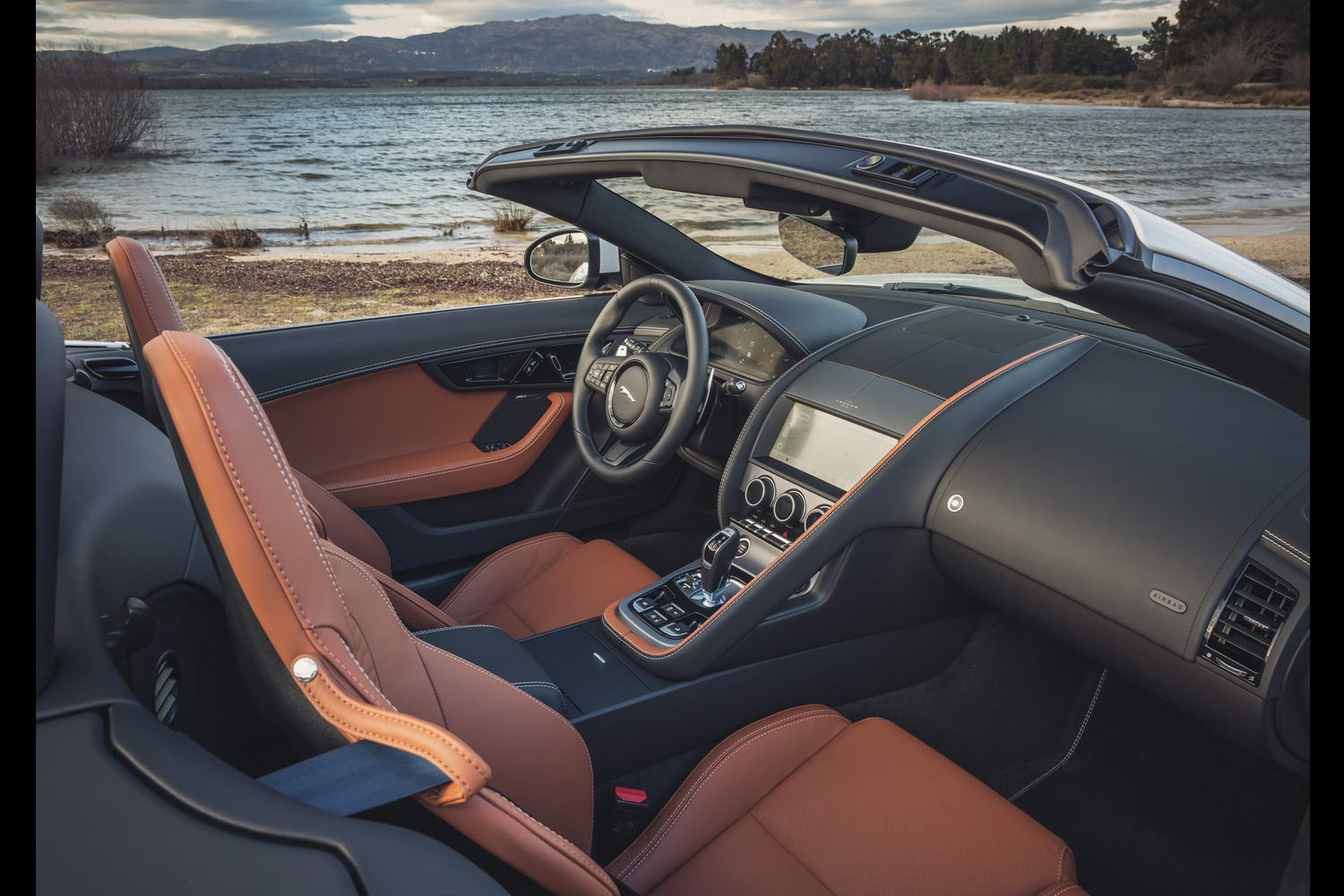 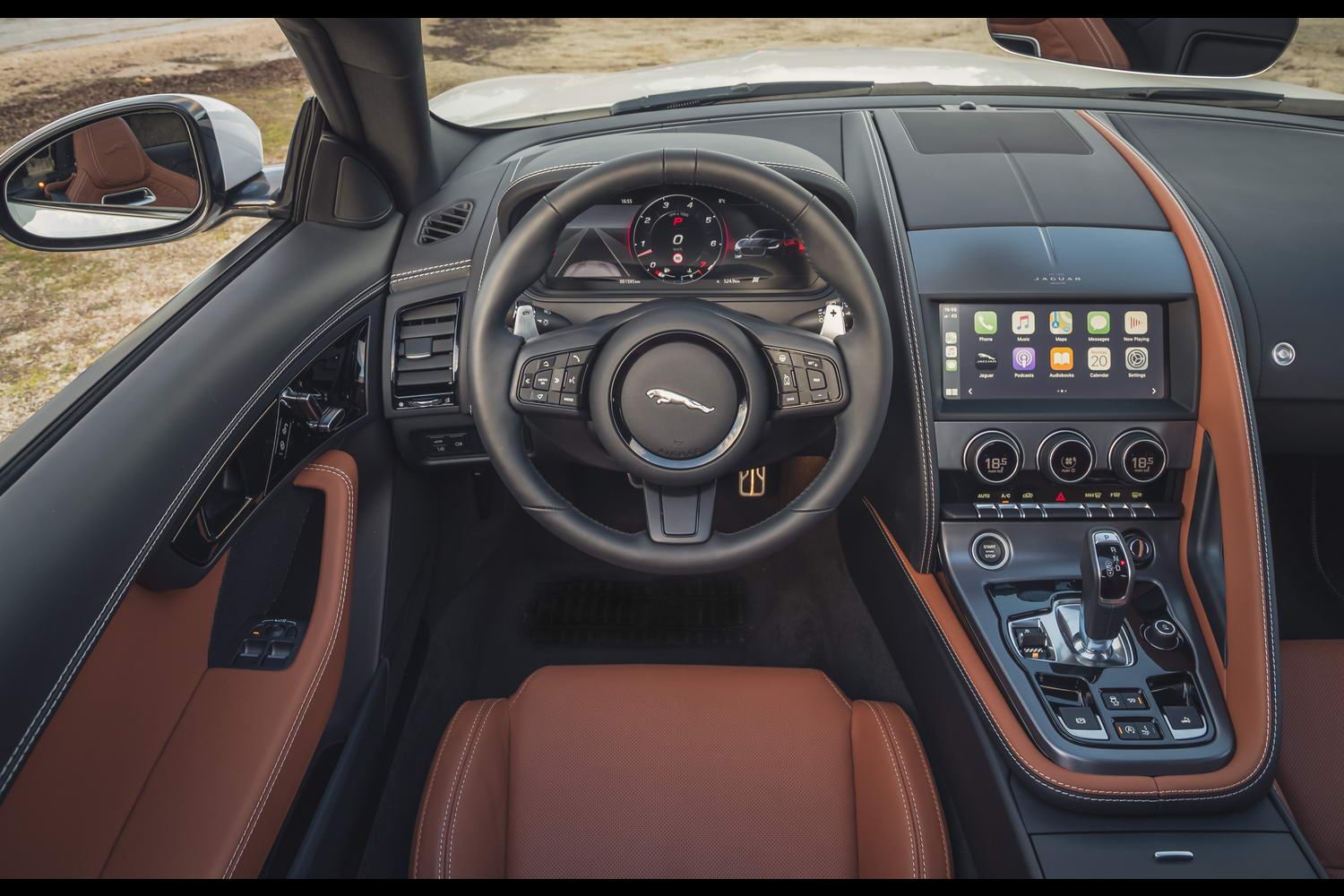 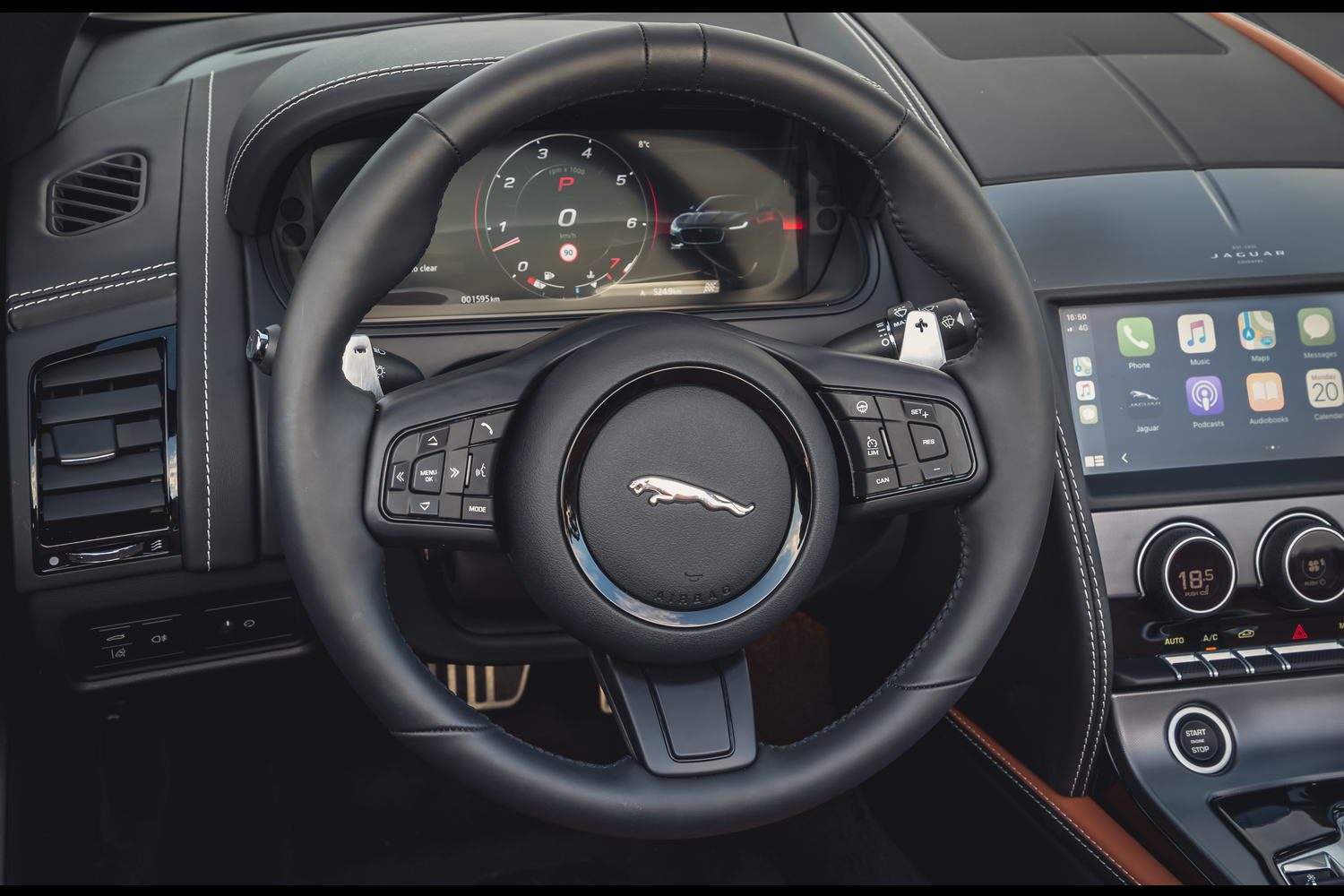 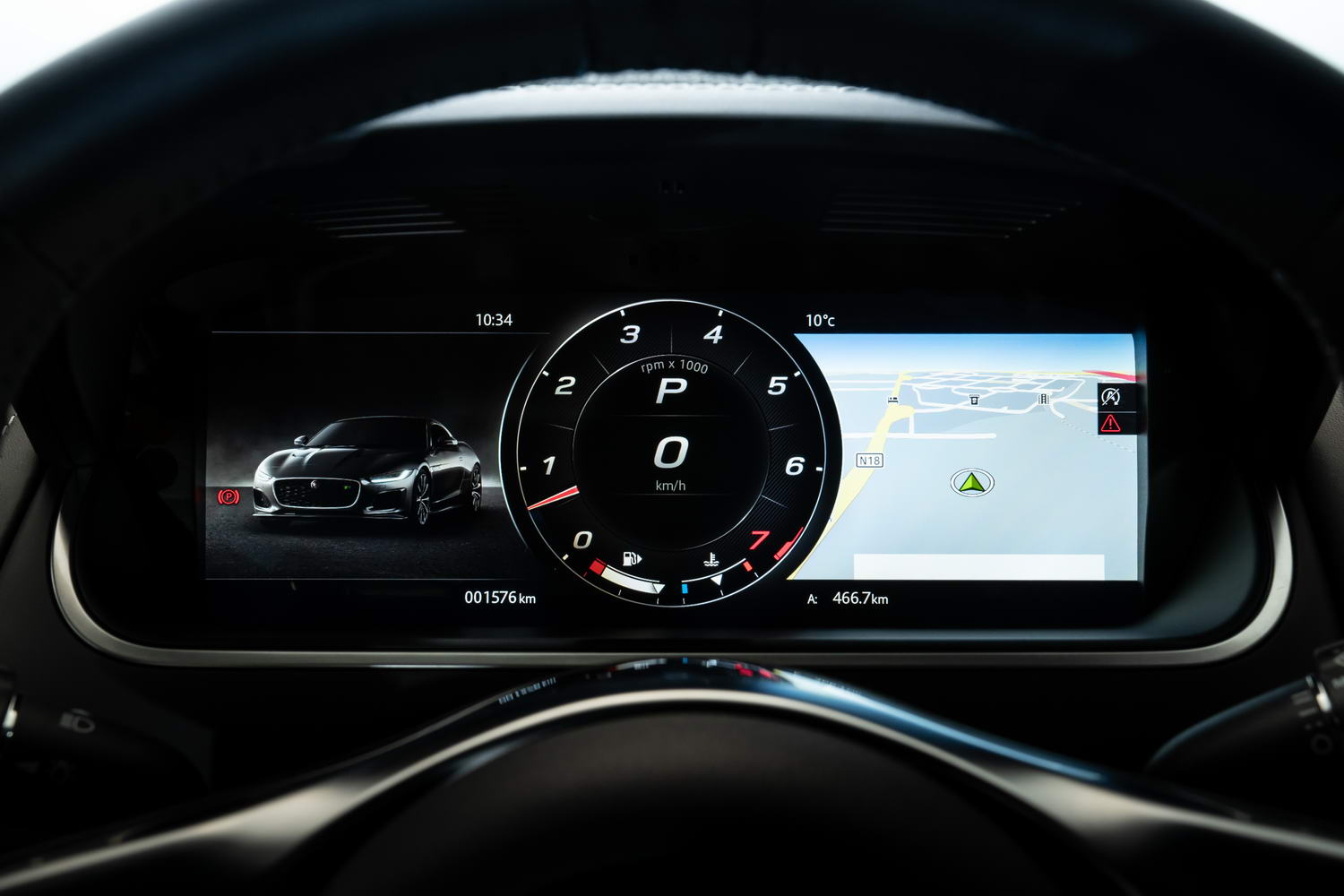 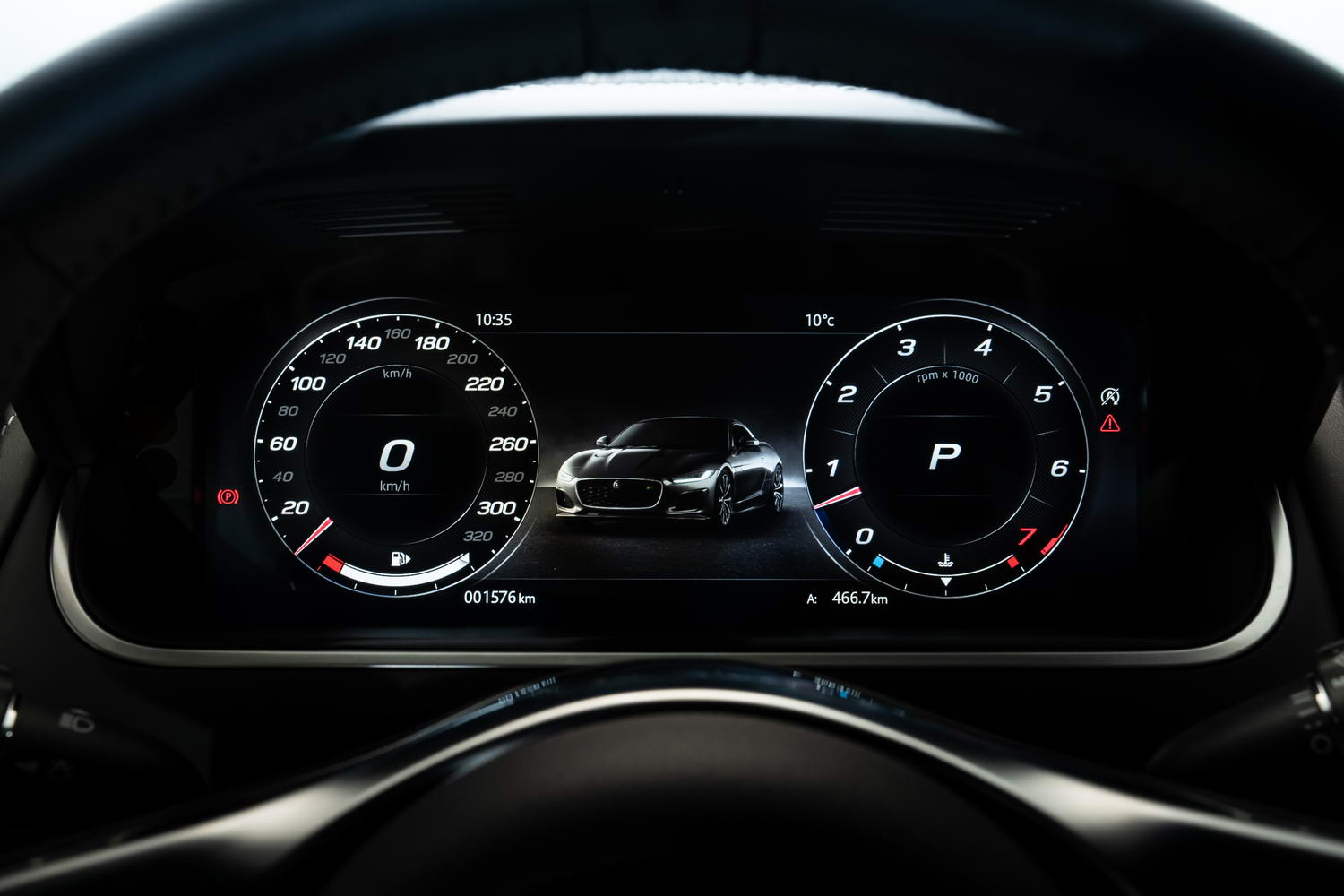 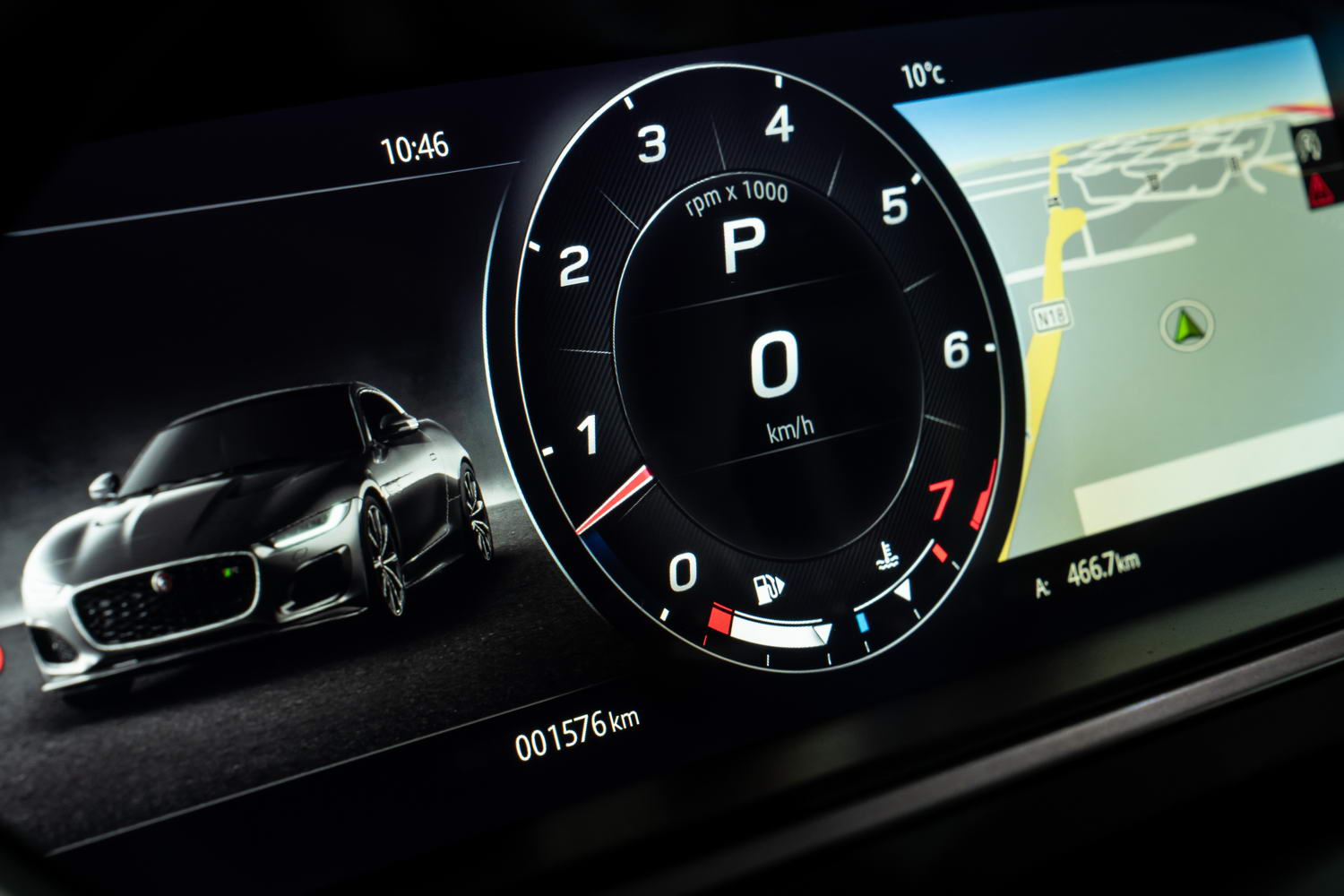 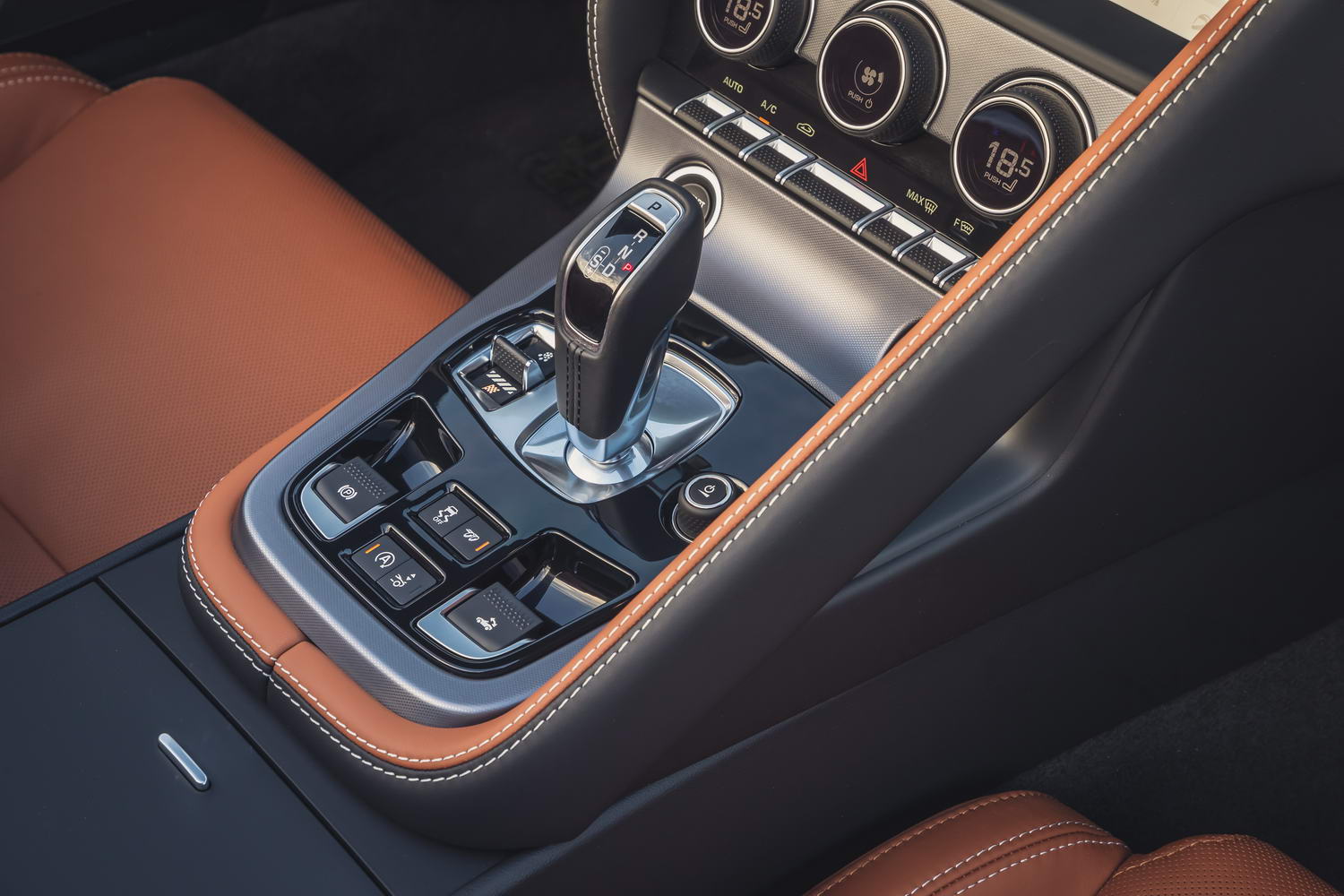 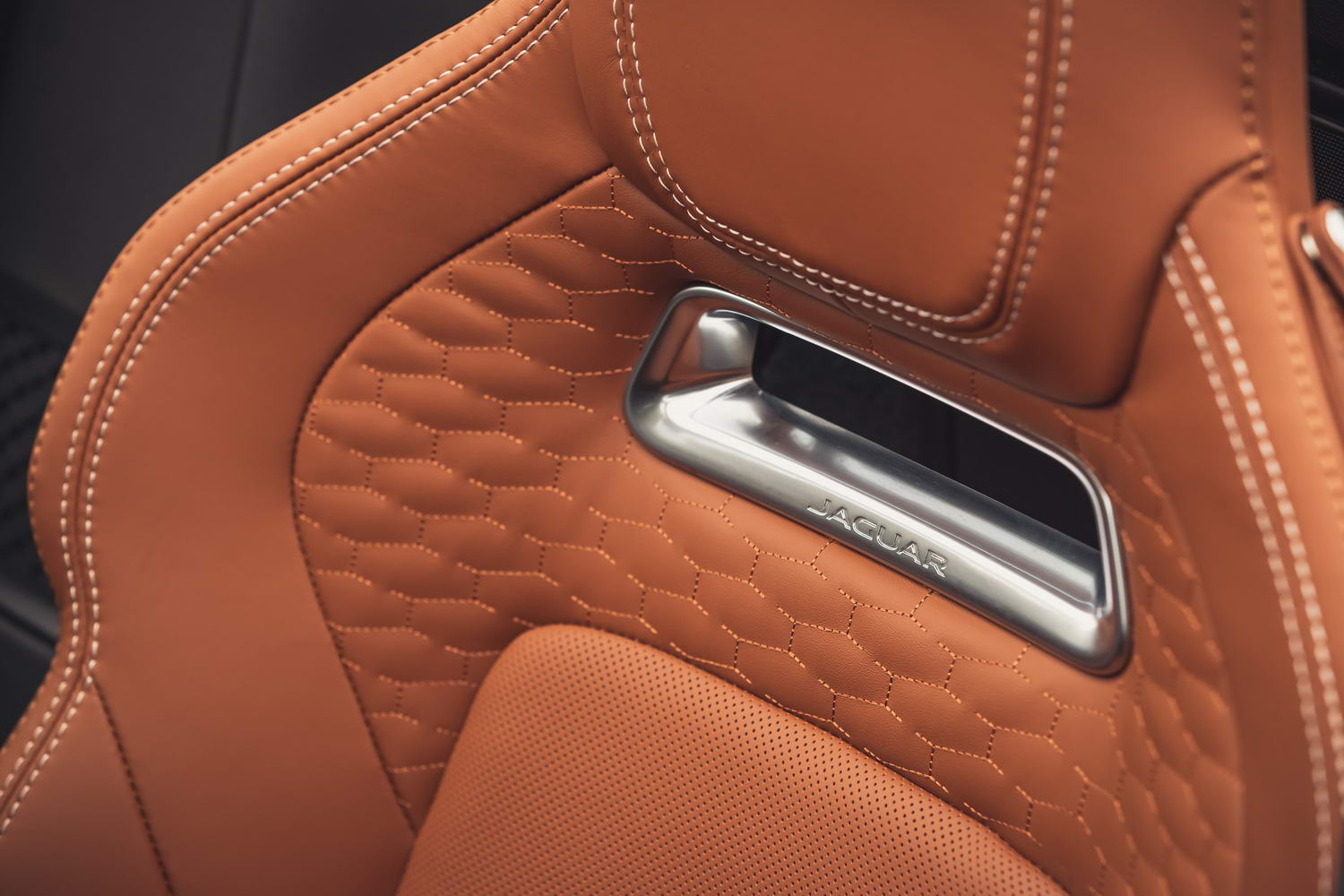 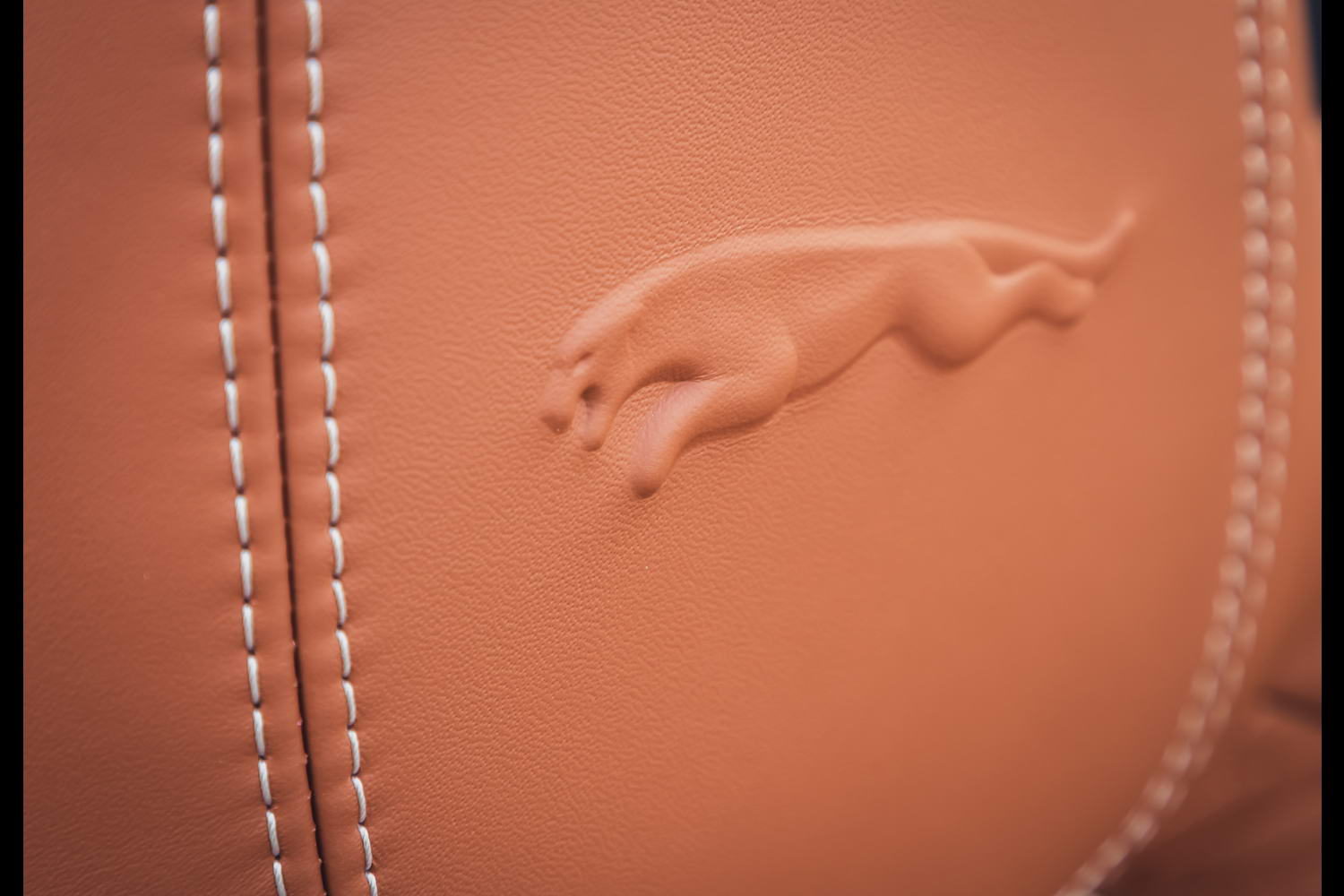 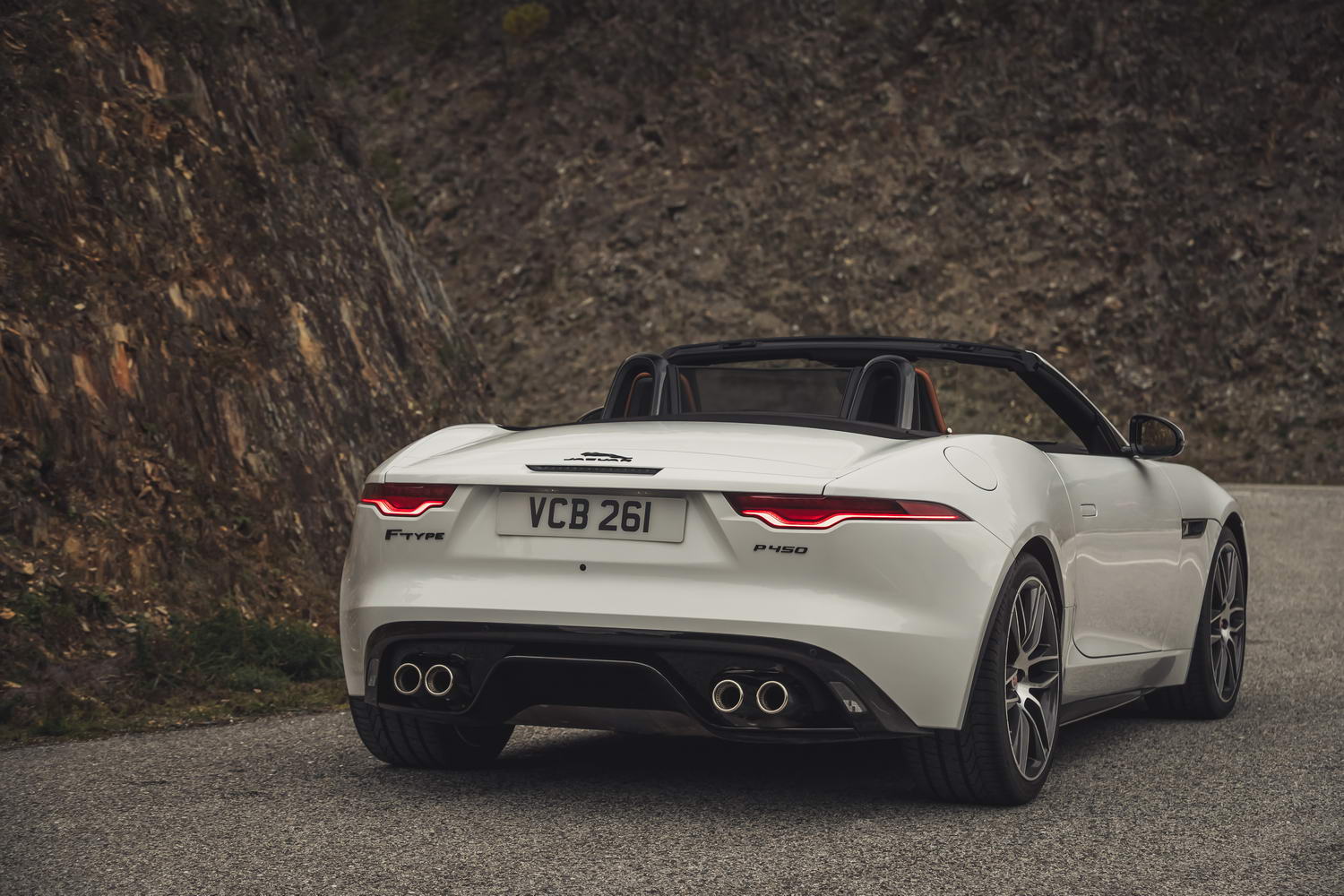 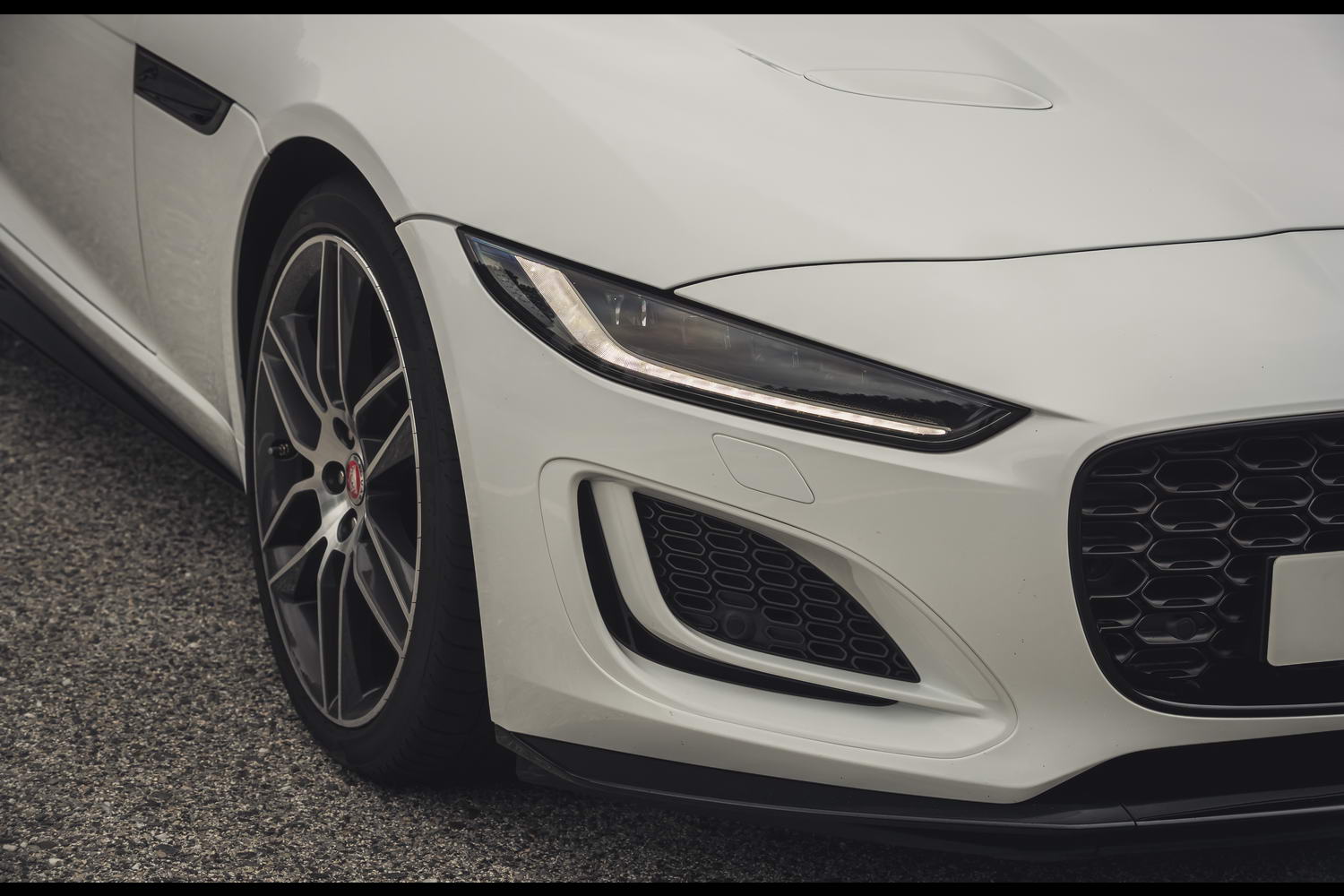 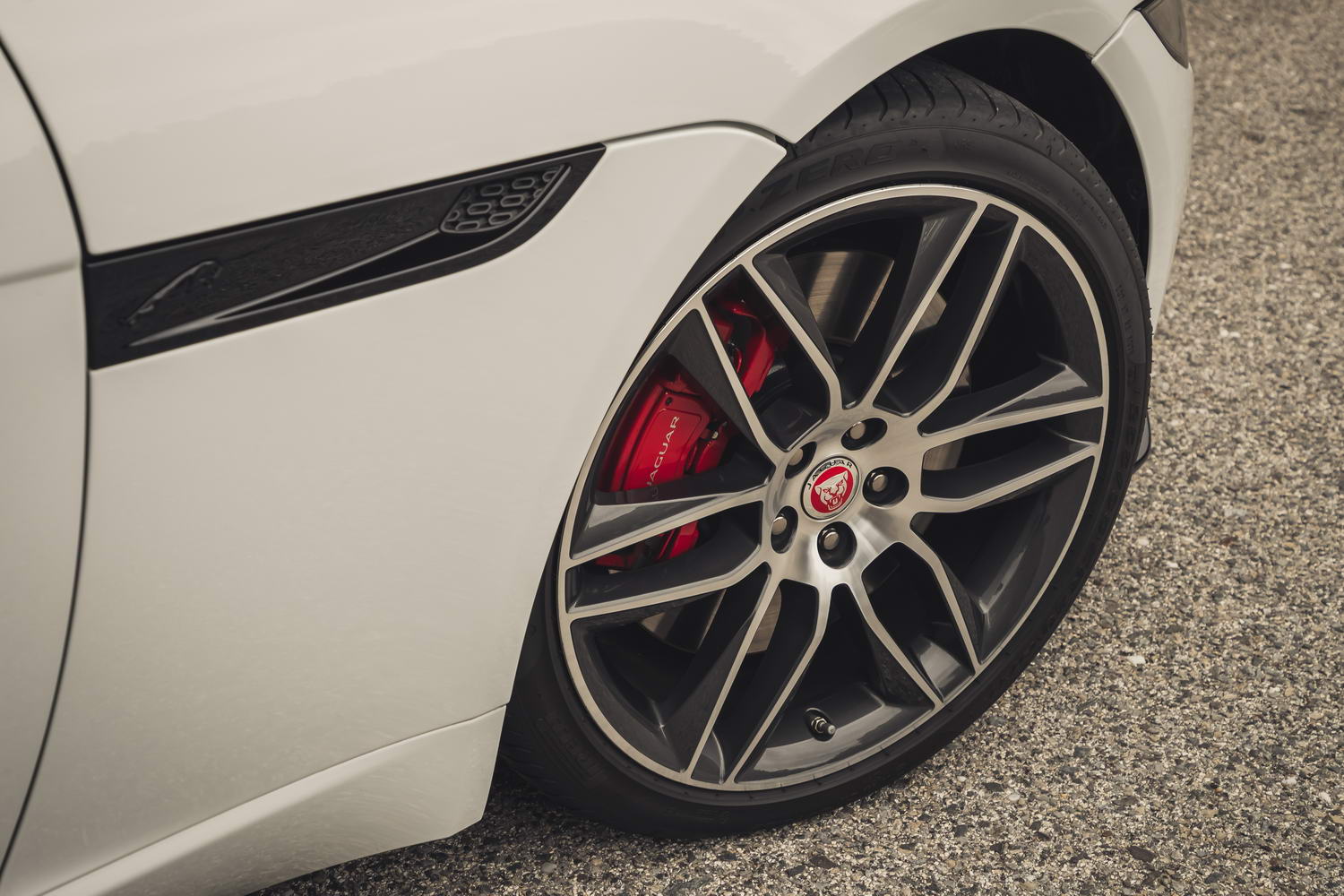 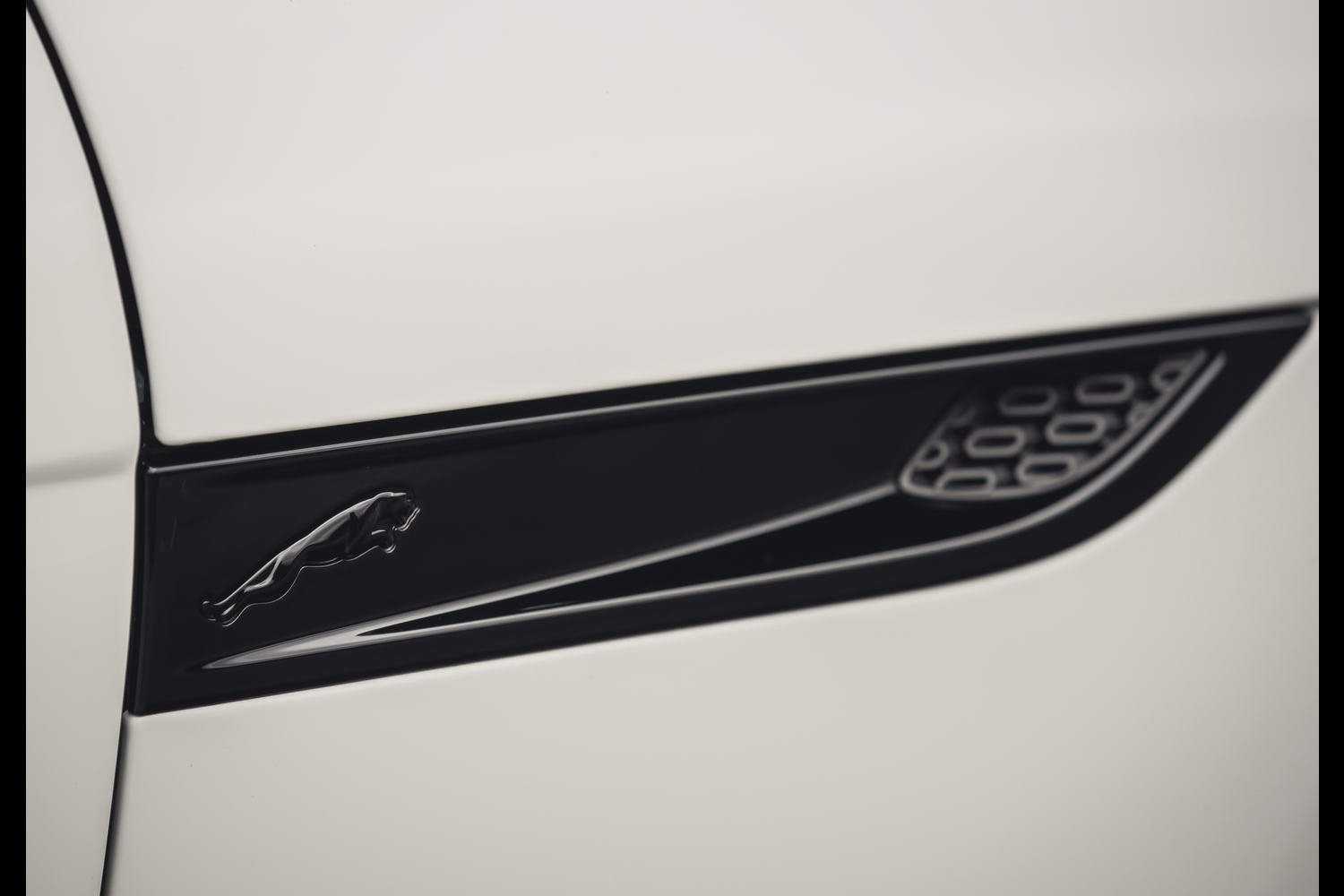 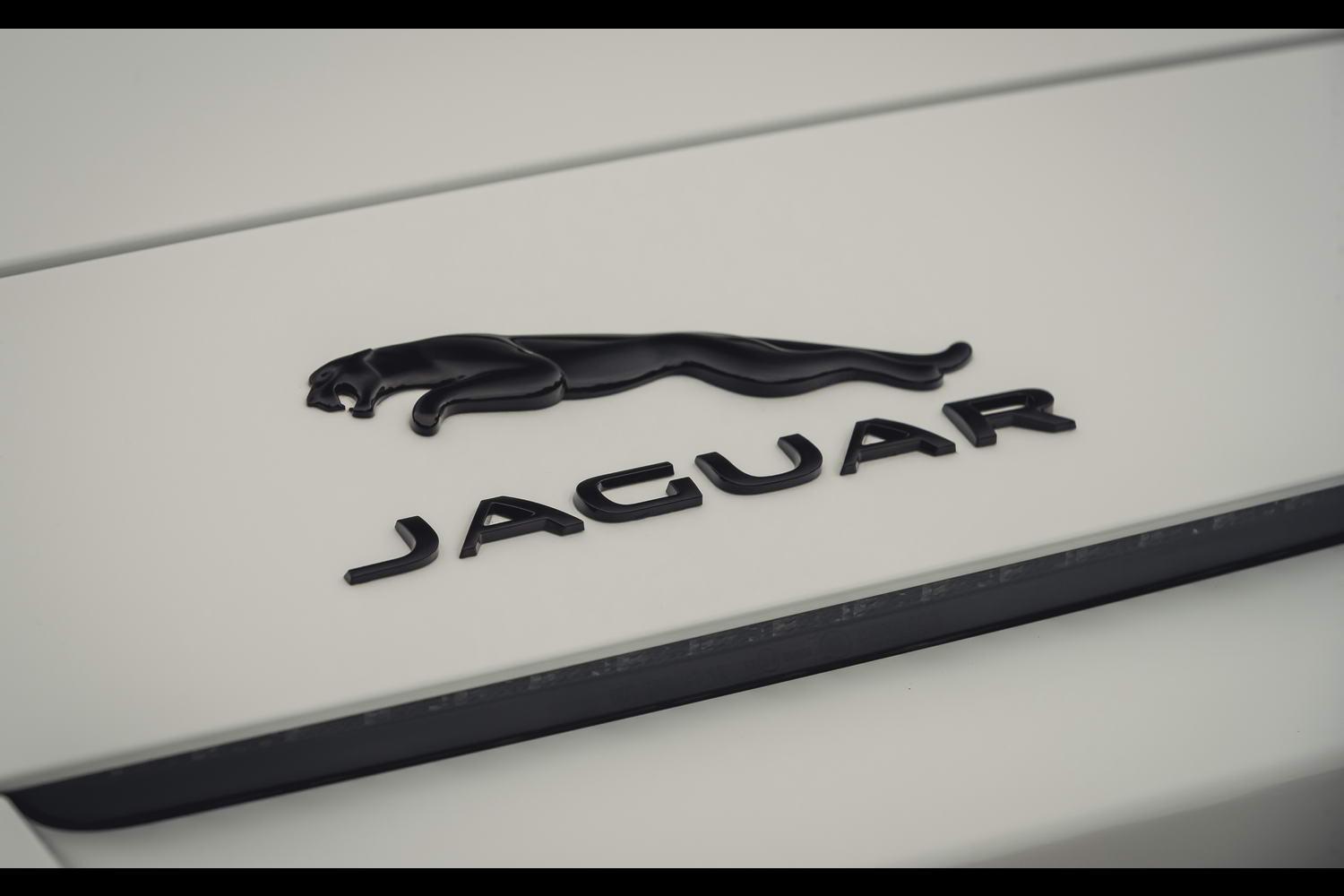 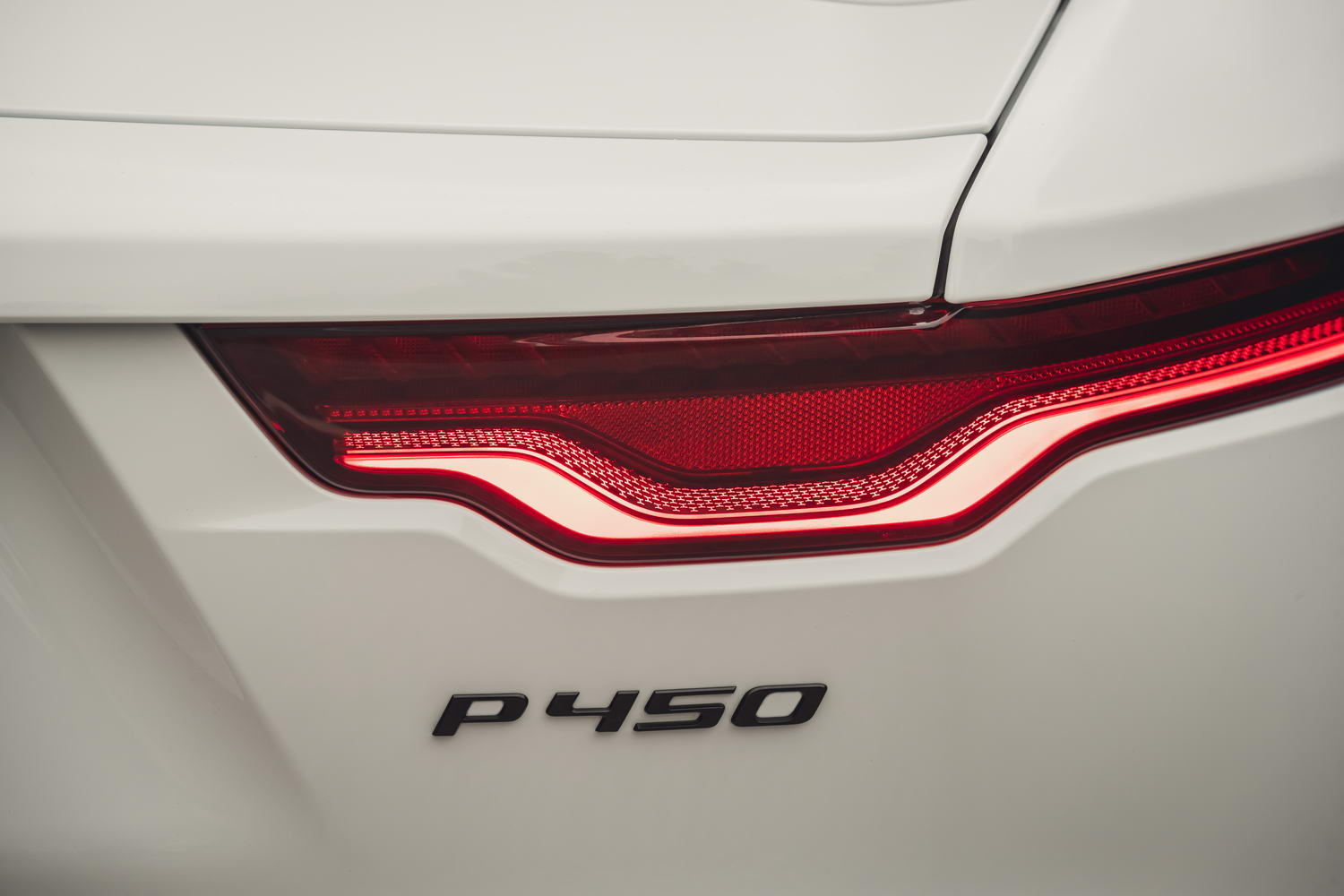 The Jaguar F-Type P450 blends V8 performance with everyday usability to hit the sweet spot in the range.

With 450hp on tap, the Jaguar F-Type P450 dials back the potency enough to offer a package that is softer around the performance edges than the F-Type R, yet still delivers to great effect. Not only does it offer buyers a purer rear-wheel-drive option, it strikes a balance that is likely to please more people more of the time.

One of the appealing traits of the 'MY21' Jaguar F-Type range is that there is little in the way of differentiating the models aside from the number of exhausts at the rear. Like the more powerful F-Type R, the P450 gets a quad-pipe arrangement due to its V8 engine. It does get a subtly different diffuser that is not only less aggressive in appearance to the F-Type R's, but it's also better looking in our opinions. In convertible guise, the F-Type always looked good, and the new nose treatment of this updated model makes it look every bit as good as an Aston Martin costing two or three times as much. Choosing the right spec is vital, and there's no lack of options on offer from the standard list. We particularly like the black badging, which looks especially good against the Fuji White paint.

Jaguar doesn't alter the interior look of the F-Type whether you choose the fixed or fabric roof. In the case of the latter, the operation is a slick one that can be done on the move at up to 48km/h in 12 seconds and the roof stows away neatly into a separate compartment behind the seats. You don't lose any space here as, even in the coupe, there isn't any usable room behind the seats. However, due to the different shape of the convertible's boot lid, there is less luggage space available, at just 233 litres. There is one handy deep space in the boot that's big enough to swallow a large laptop or overnight bag. The rest of the boot is shallow, if reasonably wide.

By dialling back the power output of the V8 in the P450, buyers can choose between all- or rear-wheel drive, though all versions feature an eight-speed automatic gearbox. Purists will fancy the rear-drive setup not only for the sheer fun of it, but there's also a significant 103kg weight difference in the case of the P450 convertible. Sadly, this time around, Jaguar has stopped short of offering a manual gearbox, so you'll have to make do with the rapid-shifting eight-speed auto. To be fair, it's a very good setup, especially if you've toggled into 'Dynamic' mode and opt to change gears manually via the paddles.

One of the new conveniences of the F-Type's active exhaust is a 'quiet start' function. Previously, when you thumbed the starter button, the V8 would fire into life with a bark and flurry of revs to ensure that everyone on the street knew you had just started your F-Type. Now, if you often have pre-dawn starts and like to enjoy a civil relationship with your neighbours, the V8 models can be fired up in a more discreet fashion by holding down the exhaust button when you start the car. Weather-permitting, it is quite enjoyable and comfortable to drive with the roof down when sticking to urban speeds - the small wind deflector between the headrests (a €340 option) does a surprisingly competent job at minimising turbulence in the cabin. With the roof in place, you don't get the same insulated feel as you do from the coupe, of course, and you do notice a higher degree of wind noise when cruising at motorway speeds.

The engine is less-stressed in this guise in comparison to the F-Type R installation, and it's not any worse for it. Peak power of 450hp arrives 500rpm earlier, at 6,000rpm, but better still is the maximum torque of 580Nm, which is available from 2,500rpm (1,000 revs earlier than in the R) and runs up to the same 5,000rpm before tapering off, meaning you have a wider band of torque at your disposal. A fair trade-off on paper yet, in reality, it seems like even less of a concession when it comes to sheer drivability. No, the P450 doesn't have that harder edge to it, but ask yourself how often you will miss that extra speed above 285km/h or those nine-tenths of a second when in the drag to 100km/h? Most likely never.

Buyers of the F-Type P450 get the most choice within the model range, as it is available in both coupe and convertible forms with the choice of all- or rear-wheel drive. You do pay the guts of a €50,000 premium over the four-cylinder P300 model, but the P450 is also around the same chunk of money cheaper than the F-Type R. There are plenty of customisation options available, including the choice of three colours for the fabric roof, though if you want the red or beige over the standard black, it'll cost €1,450 more.

With the omission of the V6 engine from the new Jaguar F-Type range in our market, it puts the engine offering at further extremes spanning the turbocharged four-cylinder or supercharged V8. While this P450 is the less extreme end of the V8 spectrum, it may not be in the middle ground from a pricing perspective, but from an everyday liveability and ownership enjoyment perspective, this is the one to have. 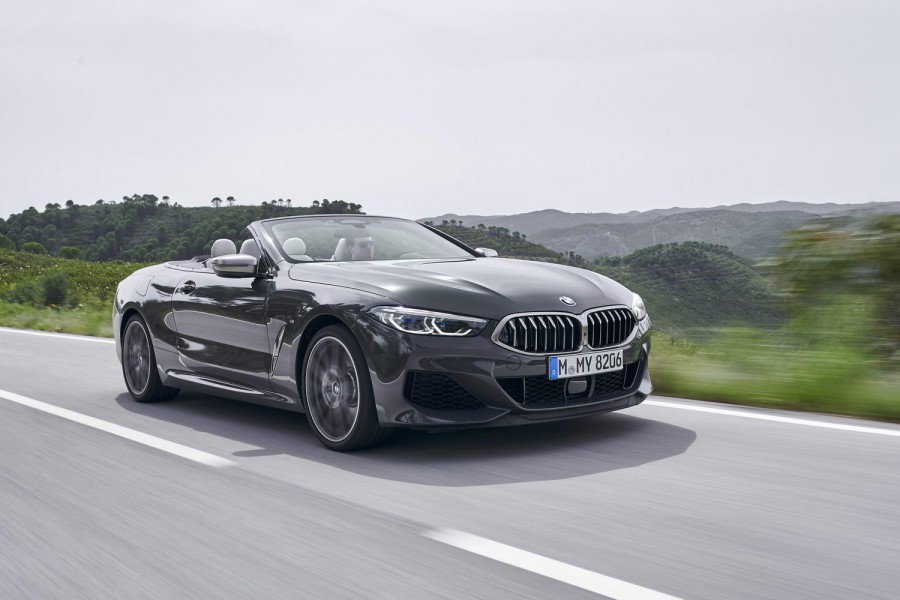 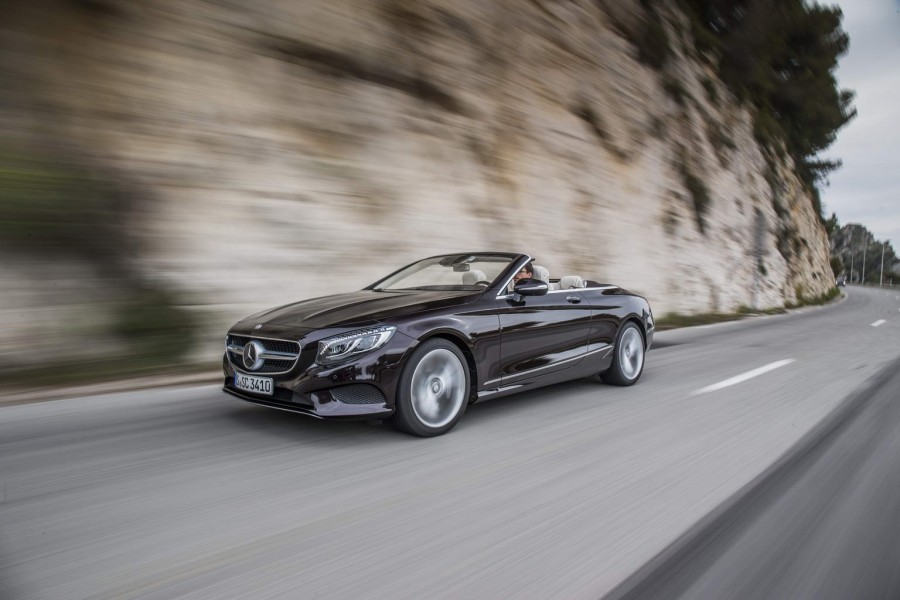