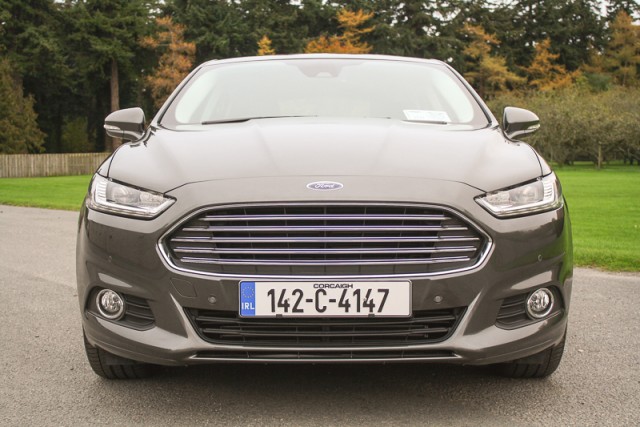 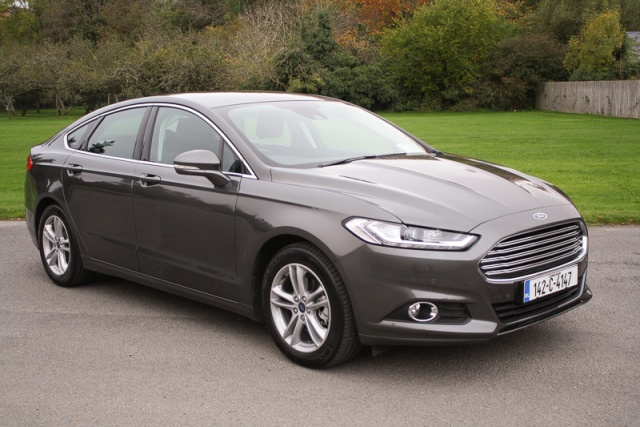 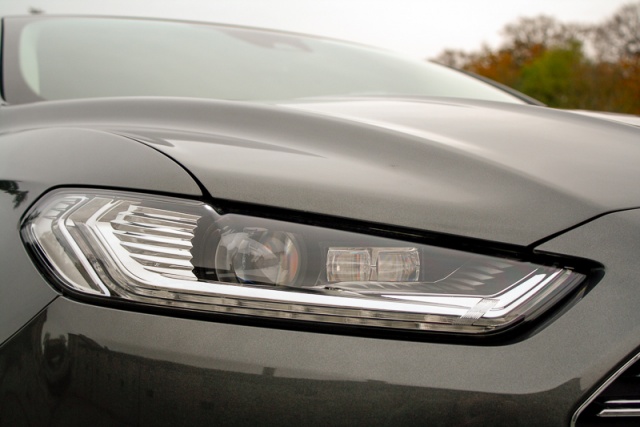 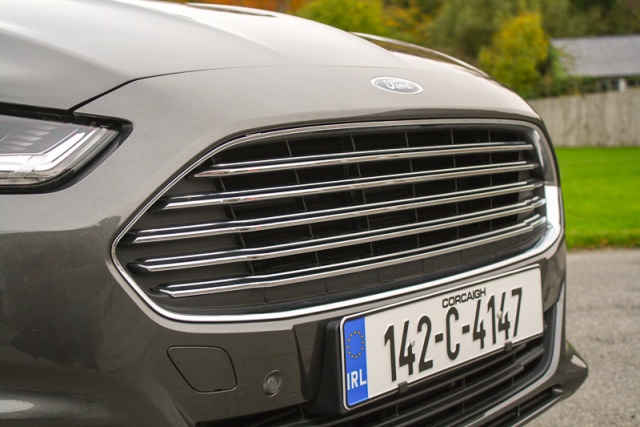 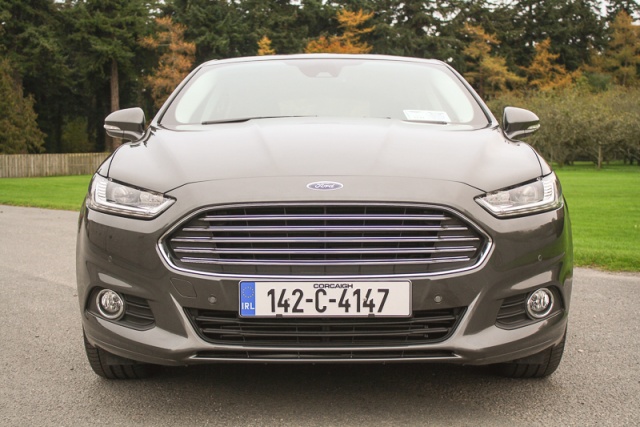 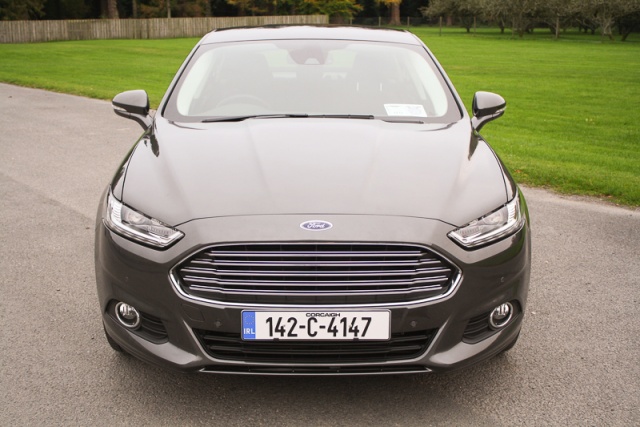 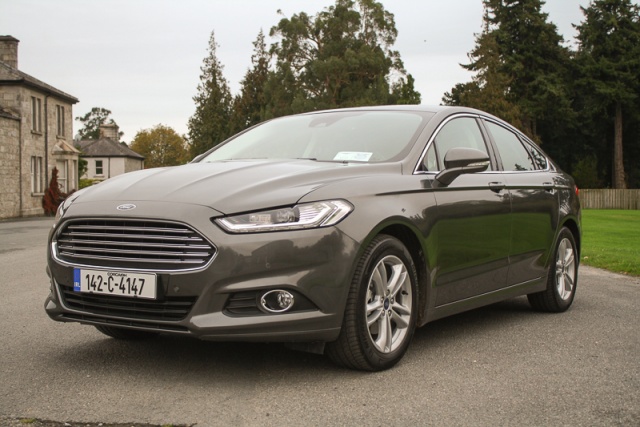 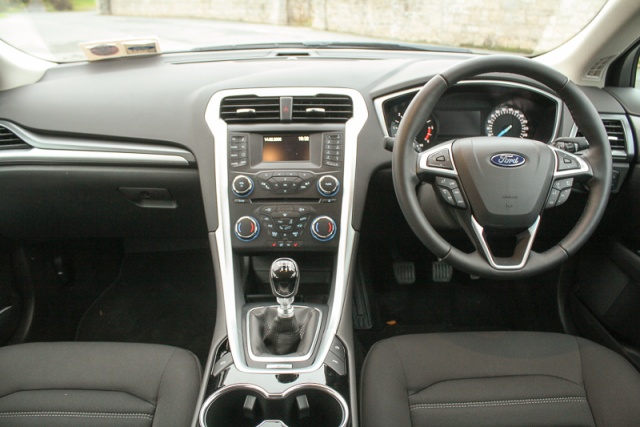 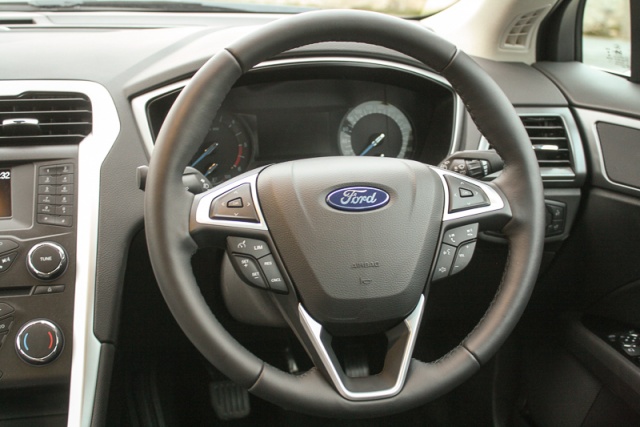 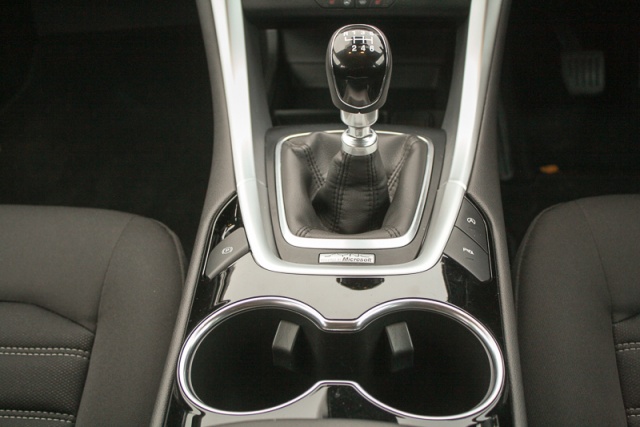 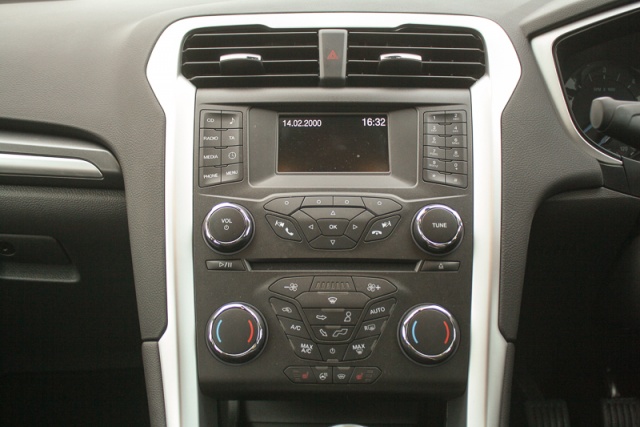 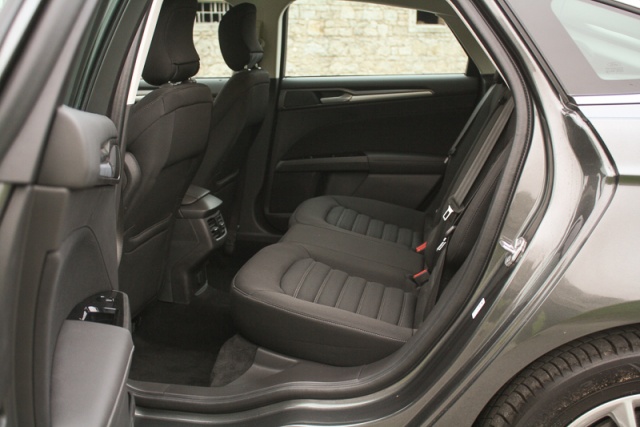 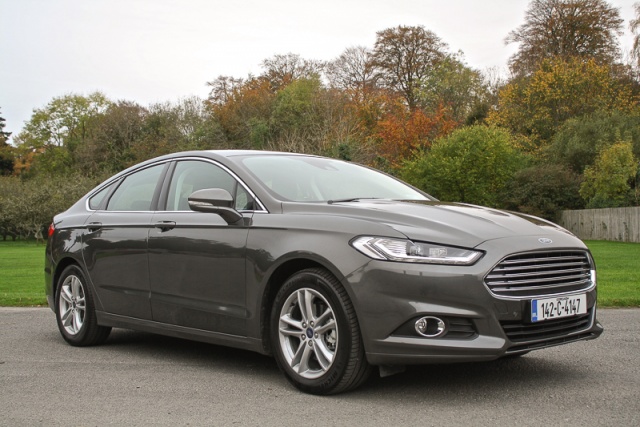 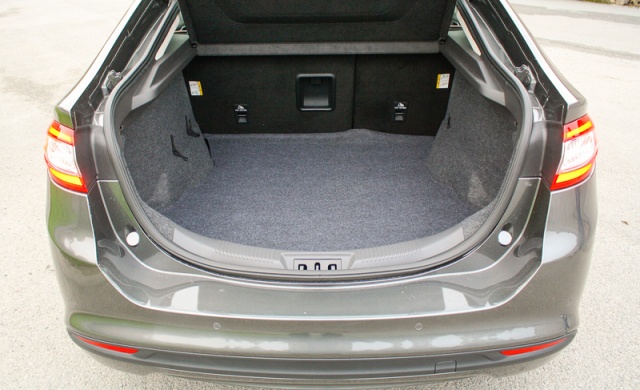 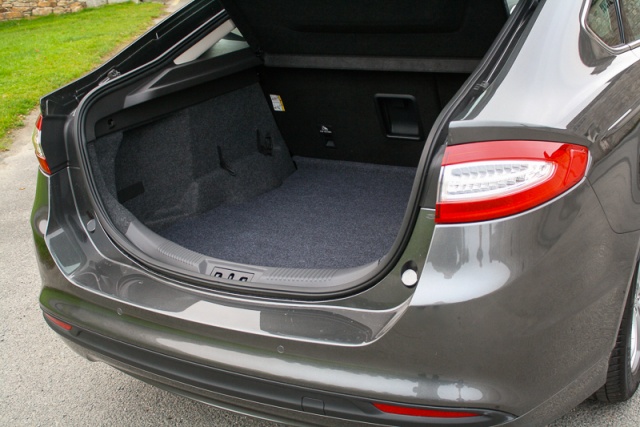 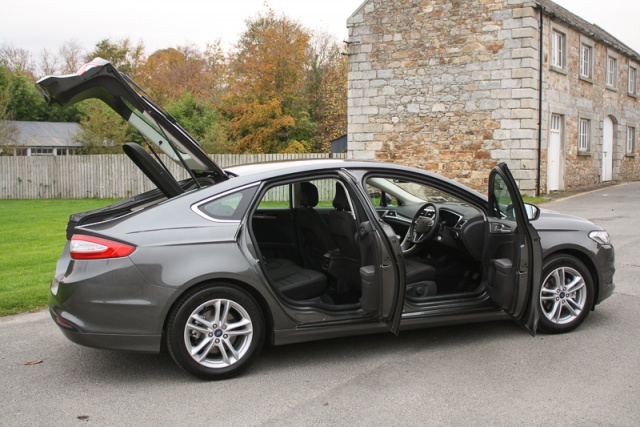 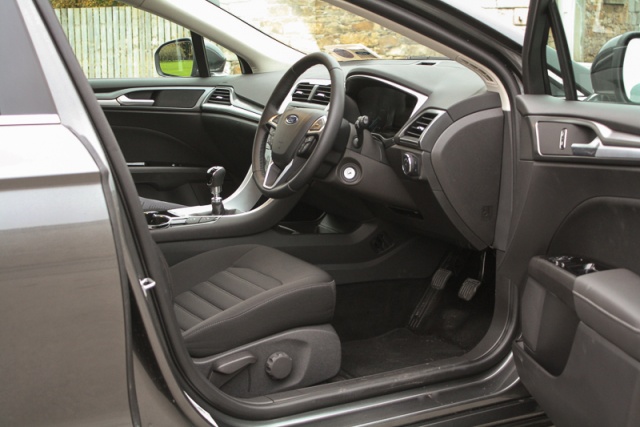 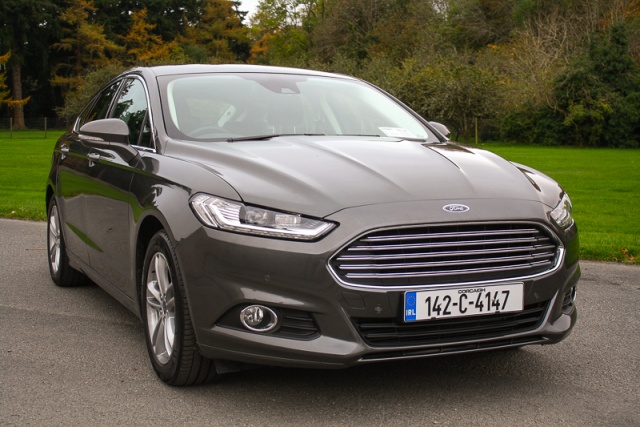 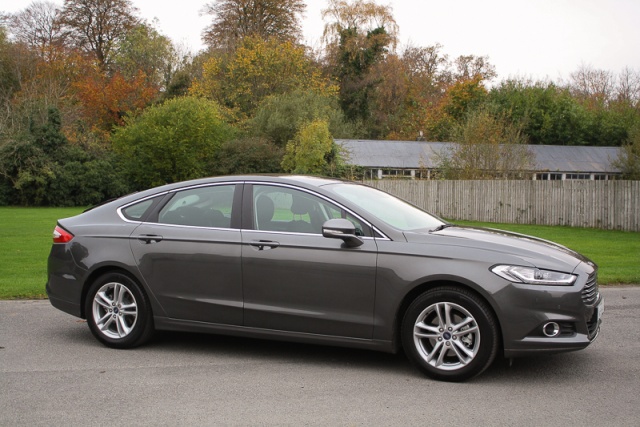 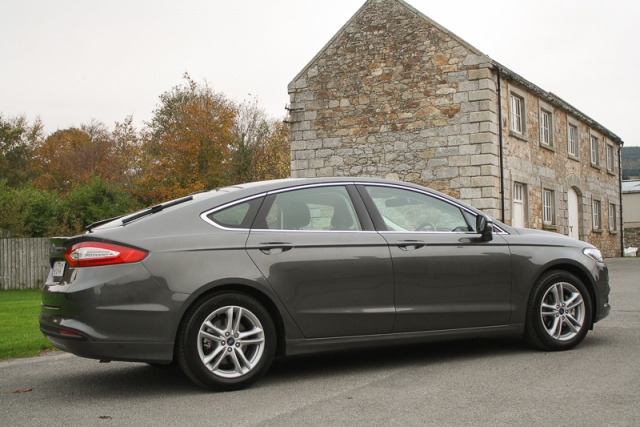 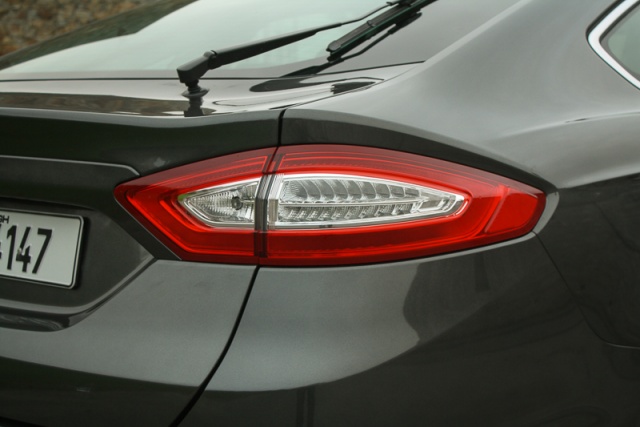 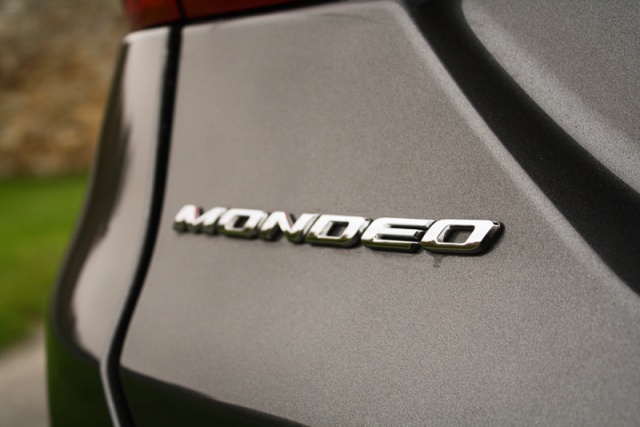 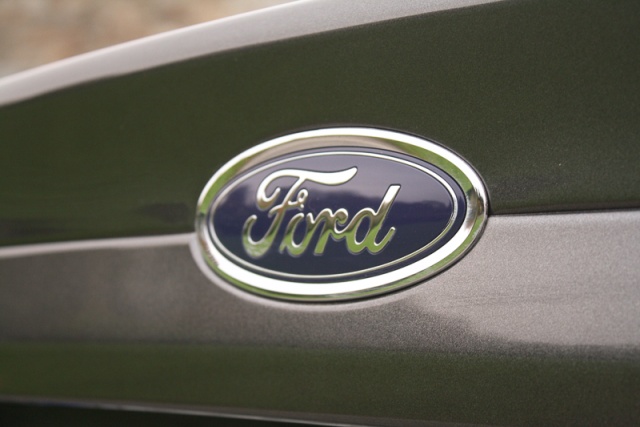 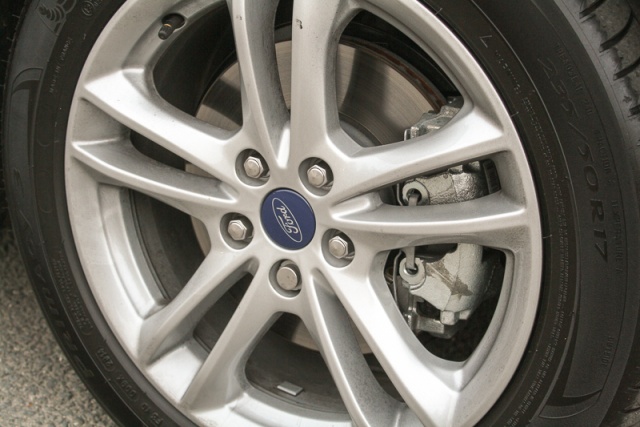 It was a long time coming, but we finally get to grips with the new Ford Mondeo on Irish roads.

The large saloon market may not be as strong as it once was but the Mondeo is still a critically important car for Ford. With such a long delay can it still hold its own against established rivals?

Depending on your viewpoint the new Ford Mondeo has a touch of both the Mustang and also the Aston Martin Rapide - neither of which are bad things. Smaller, sharper headlights and creases along the bonnet that are positively bulging against the sheet-metal link the new model directly to its muscle car family member while the grille, despite being the standard Ford family fair, has more than a touch of Aston Martin about it. The Rapide look is also aided by the fact that, save for the hybrid model that will arrive next year, there is no three-box saloon in the Mondeo line-up. The flowing lines of the five-door hatchback give the Mondeo a more rounded look.

Unfortunately, inside is more blue-collar muscle car than pure-breed luxury tourer. While undoubtedly an upgrade on the last generation, the plastics used and the button heavy layout of our Zetec test car already felt old. The design of the centre console itself appears to have been well thought out only for an argument to break out between the designers and engineers over how many buttons were required. The engineers won, meaning there are too many. This problem can be avoided by moving up the model range where an eight-inch touchscreen replaces many of the controls, but even that does not solve all the issues. Why are there buttons for the heated seats and also controls for them within the touchscreen?

There are good things about the Mondeo's innards though. The seats are comfortable in a sinking into a couch kind of way. Not quite as good as you will find in some French offerings, but certainly not the 'sporty' seats that are favoured by the German manufacturers. Legroom, both front and rear, is vast and the boot, by virtue of being a hatchback rather than saloon, is easily accessible - and huge.

Mondeos, and Fords in general, have always been marked out from their rivals by how they drive and the new model is no different. The steering - now electric like most competitors - is direct and fluid, offering a good level of feedback and giving you confidence in it and the wheels up front. This is not the kind of car you are going to hustle around just for the hell of it, but should you enter a bend a touch too fast the steering and chassis give you the information required to get yourself out of trouble.

The 1.6-litre TDCi unit is the smallest diesel engine ever fitted to a Mondeo, but its 115hp output matches that of the old 2.0-litre option. It is quite loud at start up, but once up to temperature you would be hard pressed to guess that the engine sips from the black pump at the service station. It is refined if a little lacking in torque for such a big car, necessitating a drop in gears even on the motorway at times.

Being designed to while away the miles on the motorway the suspension is soft and compliant, well capable of soaking up bumps and ruts. There is a degree of body roll though tighter bends but certainly no worse than you would experience in an Avensis or Insignia.

Looking at the headline €28,995 price tag the new Ford Mondeo seems a tad expensive, but that is only the price the car launches with this month. In mid-January an entry level 'Style' model will join the fleet, carrying a €27,500 price tag. Much more appealing.

For the '151' registration period Ford has introduced a number of low cost packages. The Zetec Appearance Pack adds 17-inch alloys, chrome door line and front and rear parking sensors for €294 provided it is ordered by November 30. Titanium buyers can upgrade to the Titanium Winter Pack, which adds heated seats and heated steering wheel, for no extra cost.

The new Ford Mondeo is a good car - it looks well, drives well and has some decent engines. But it stops short of being a great car as the interior is the major let down. Considering the three-year gestation period, that would have been so easy to fix, but it already feels three years old. Perhaps a more modern, luxurious interior is being saved for the Vignale option though at detriment to the mainstream model.