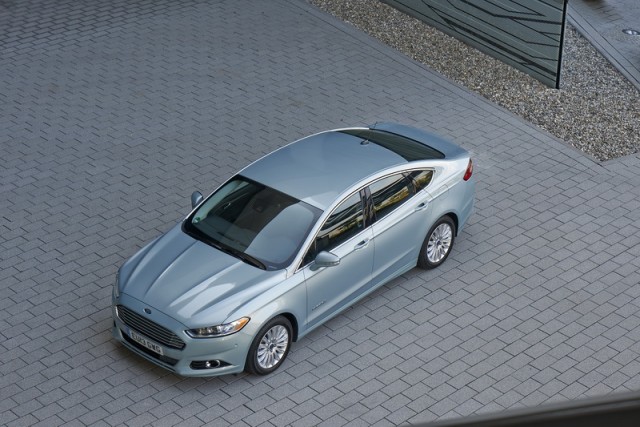 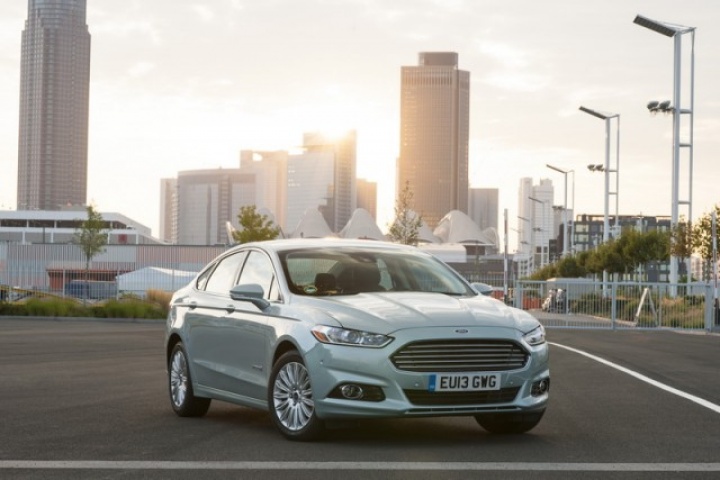 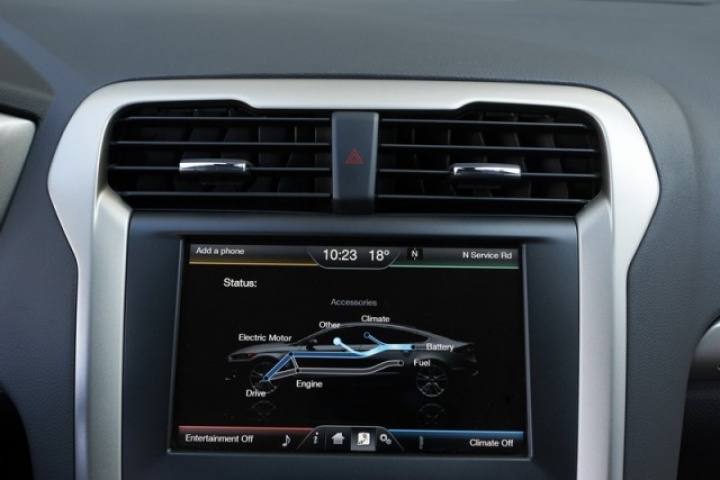 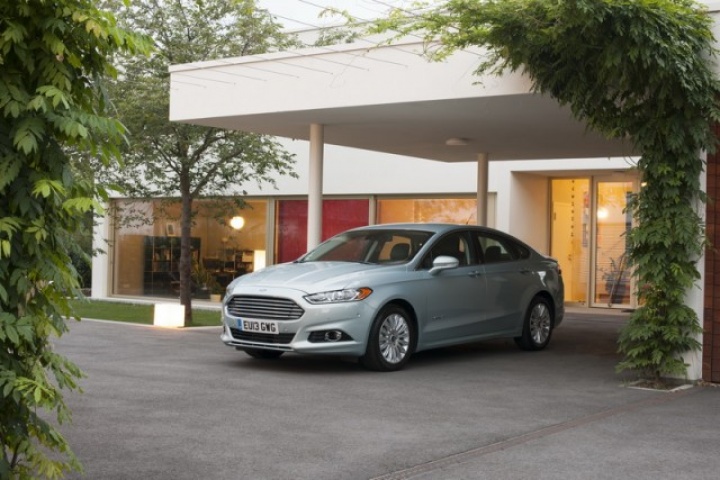 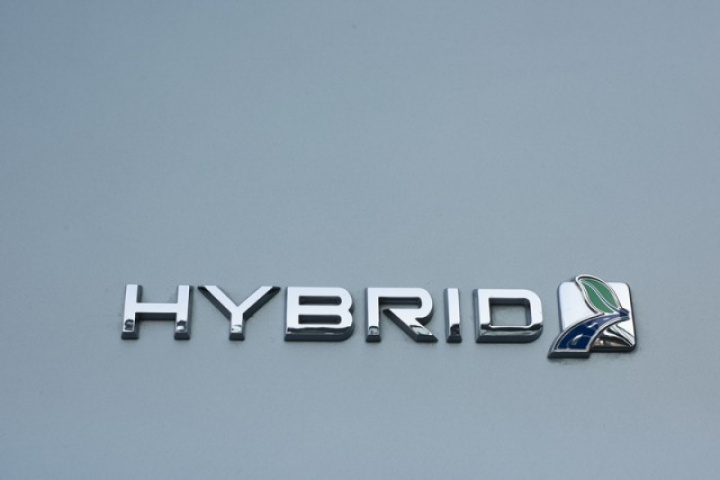 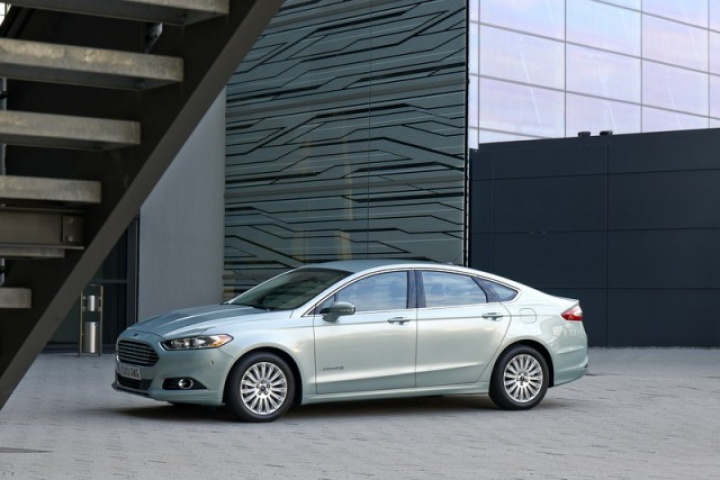 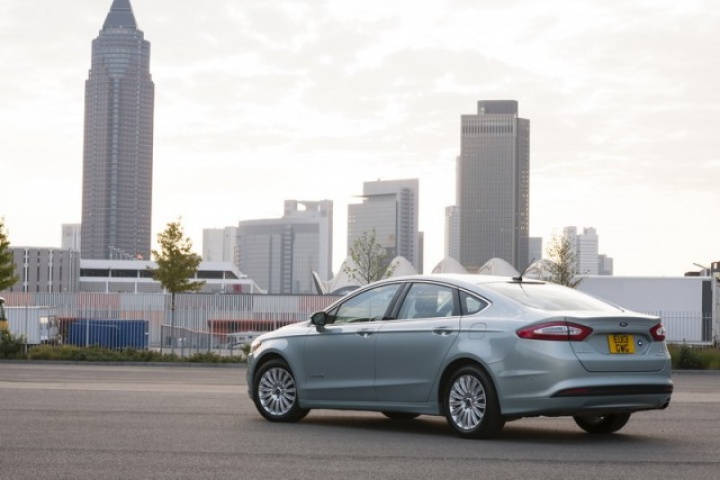 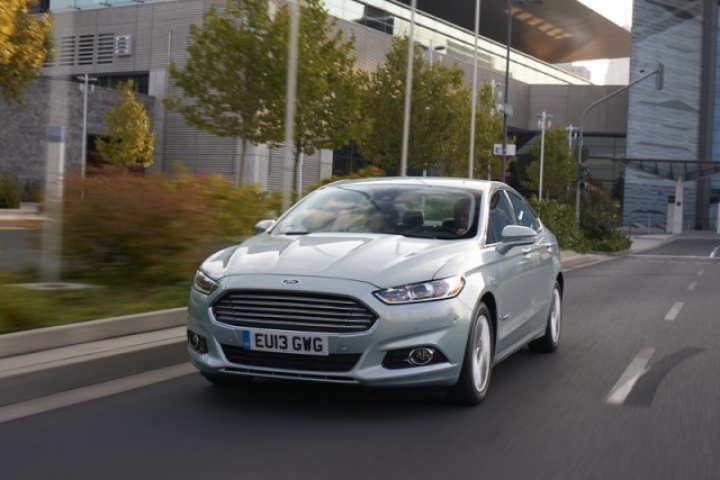 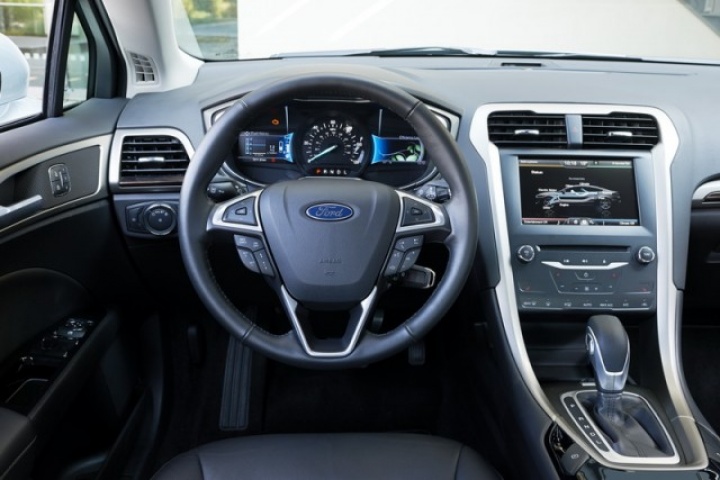 This hybrid is definitely not a Ford Mondeo, no way, no how...

Ford has offered alternative fuel cars like the Fusion Hybrid in the USA for the past number of years and is, in fact, second only to Toyota for the number of such cars sold. You have to wonder why it has taken so long for these to emerge over here. Sure the pure electric uptake has been slow, but hybrids like this Fusion have been accepted - or at least the Prius has. We wonder whether Ford has allowed its Japanese rival too much of a foothold in this segment and whether the Mondeo Hybrid will sell. It should, as it is a good car, but are buyers ready to accept Ford as a hybrid player?

Before we go much further, Ford of Europe would like us to make it abundantly clear that this is most definitely NOT the new Mondeo. It is instead the Fusion, the Mondeo's American cousin; a car that is described as being 'only' eighty per cent Mondeo.

Right, now that is cleared up: the new Mondeo is a striking looking machine, but we already knew that. The four-door car is part of Ford's plans to move more upmarket and the recently announced Vignale concept is seen as a way for Ford to pinch sales from the likes of Audi and BMW. Before then however Ford would like you to embrace its electric and hybrid models and that is exactly why a fleet of Fusion Hybrids were shipped in from the States.

Looking past the handsome lines of the car there is little to suggest that this is an eco-special. As a conventional rather than plug-in hybrid there is no tell-tale flap in which you attach a plug; there is a complete dearth of oversized badges proclaiming the driver to be a saver of the planet; owners do not even have to contend with the kind of sci-fi styling that some automakers seem intent on using for their electric and hybrid models.

It is a similar story inside where, save for a power source display in the instrument binnacle and a matching one on the centrally mounted touchscreen, there is little to suggest this is anything but a middle-management rep-mobile. The Mondeo's button heavy centre console has been replaced with a touch sensitive panel and the dials now house a weird mini-game that sees you stockpiling leaves the more efficiently you drive. The big giveaway in in the boot where the battery packs robs 140 litres of the available space, meaning you only have 340 litres to play around with.

We reckon a sizeable chunk of the twenty per cent difference between the Fusion and Mondeo relates to the suspension. The result is the Fusion Hybrid we drove cannot corner in the way we would expect a Mondeo to. Some of this can be attributed to the weight of the lithium-ion batteries dulling handling performance, but it goes deeper than that.

Handling aside, as that can be fixed before the Mondeo arrives here, the weight of the batteries also show themselves in how the car rides. The current generation Mondeo wafts over speed bumps and potholes whereas the Fusion crashes through them, almost as if it is using its weight to crush the road in front of it into submission. It is an effect that does not work and just results in a jittery ride and noisy cabin. Which is a shame as the Ford engineers did a lot of work to ensure the opposite.

The Hybrid features an Active Noise Cancellation system that sends opposing sound waves into the cabin that effectively 'drowns out' engine noise. So efficient is the system that we had to drop the window on our test drive to hear the switch between hybrid modes. Even then the firing up of the 2.0-litre four-cylinder petrol engine is almost imperceptible, though thanks to the inclusion of a CVT (Continuously Variable Transmission) it roars under hard acceleration.

Combined, the engine and electric motor deliver a healthy 191hp and 160Nm of torque and, fully charged, the Fusion is capable of exceeding the motorway speed limit on electric power alone. When the Mondeo Hybrid does arrive in Europe Ford has targeted a fuel consumption figure of less than 4.5 litres/100km and emissions below 99g/km.

As we still await the arrival of the conventional Mondeo this one is completely up in the air. With Ford looking to move the Mondeo more upmarket it stands to reason that the Mondeo Hybrid's likely rival will be the €38,000 Lexus IS 300h, though whether Ford will be as generous with equipment as Lexus remains to be seen.

In addition to the Fusion Hybrid our American cousins can also buy a Fusion Energi - a plug-in hybrid version of the same car. The architecture of the two cars are same with the identical 2.0-litre petrol engine and lithium batteries used and with plug-ins rising in popularity, due to their ability to be charged while parked rather than relying on regenerative braking while driving, the Energi may prove to be the more popular option - if Ford brings it here that is...

The Fusion Hybrid is an impressive car with attractive good looks, a near tomb-quiet cabin and a hybrid system that offers the kind of performance you would expect with the running costs you want. We just wonder if it (like the Mondeo itself) has taken too long appearing this side of the Atlantic. Will buyers in Ireland take to Ford's hybrid and electric models the way the Americans have?