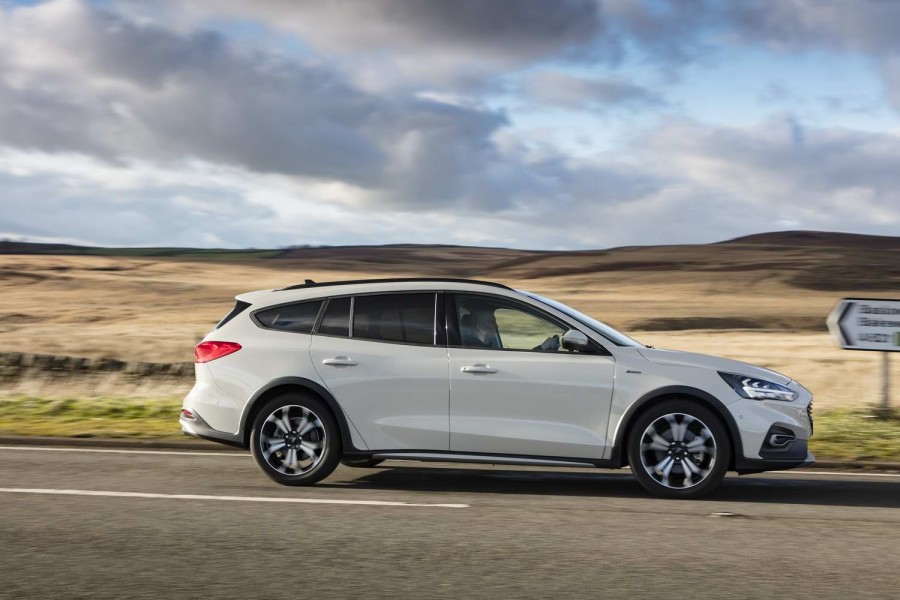 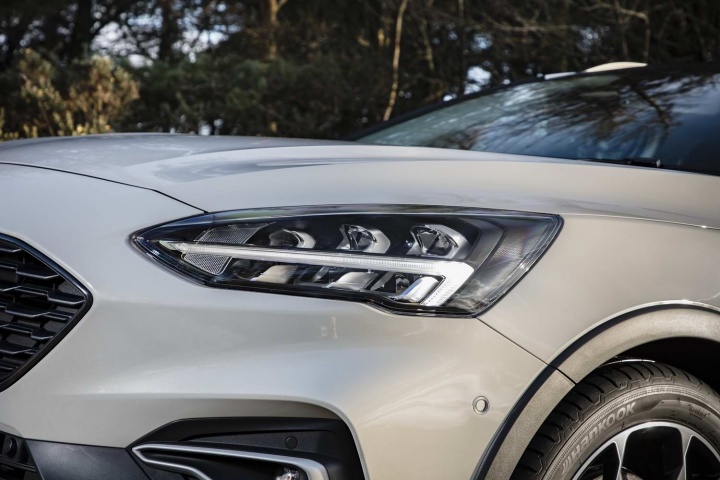 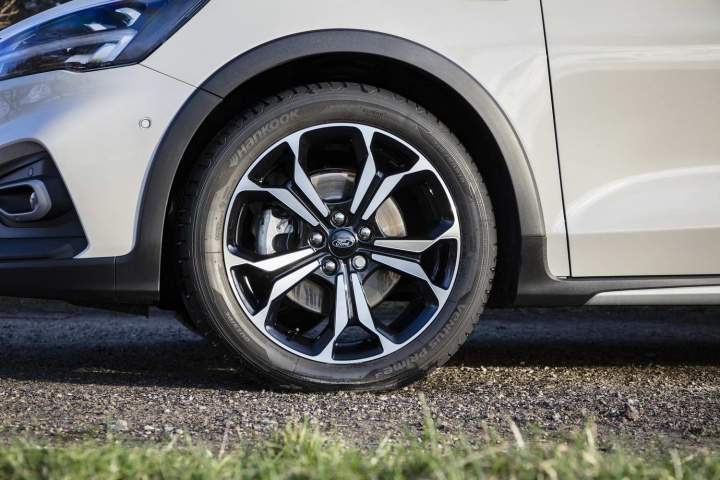 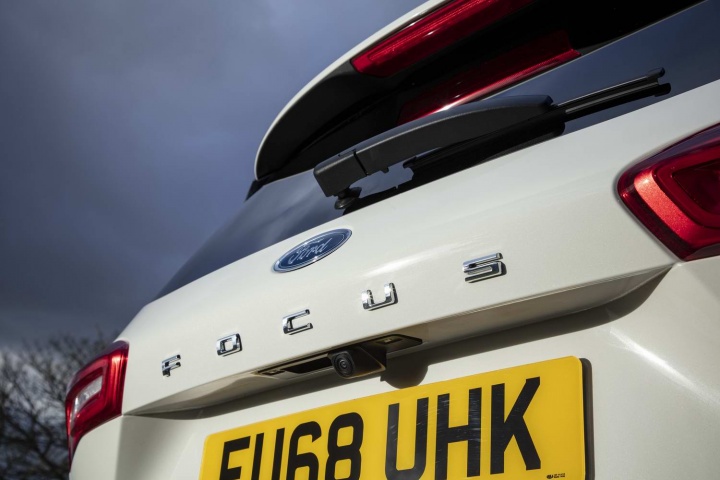 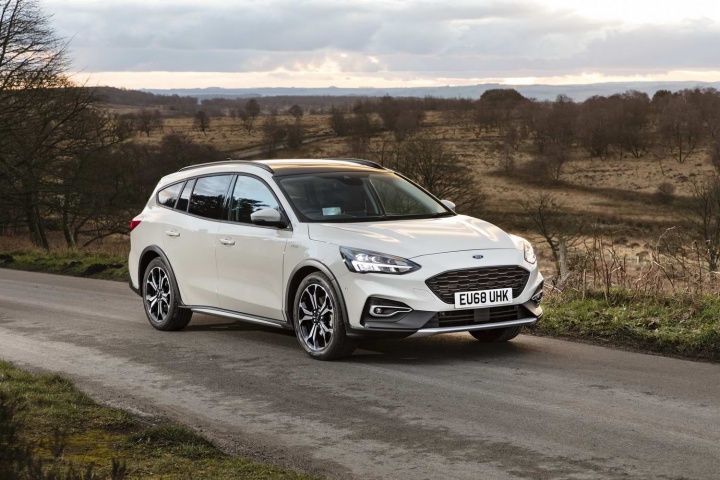 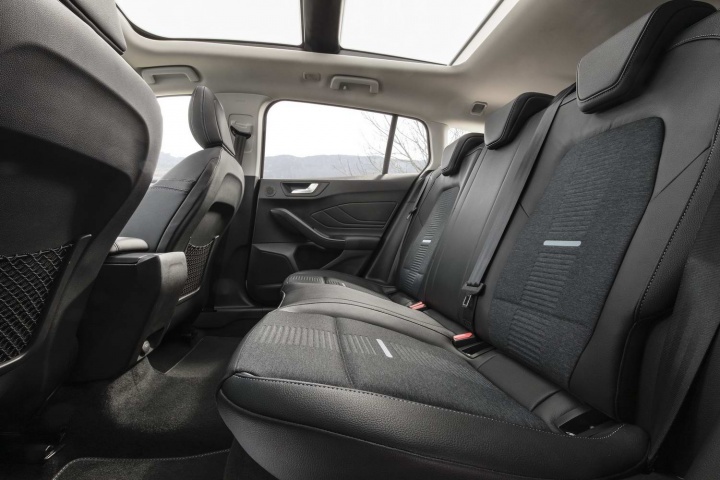 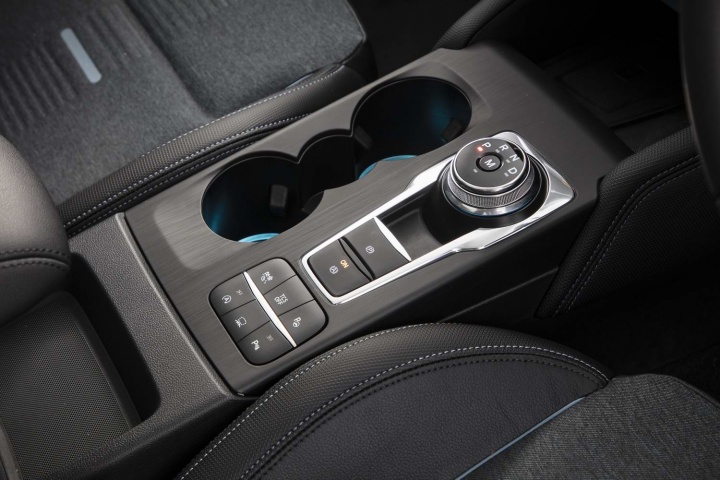 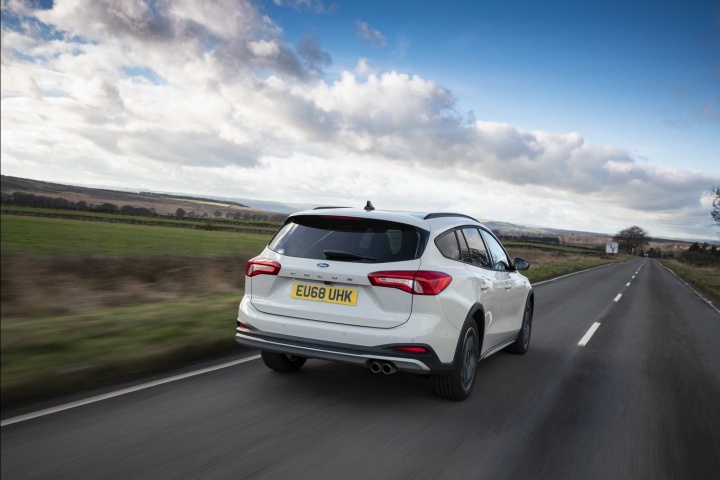 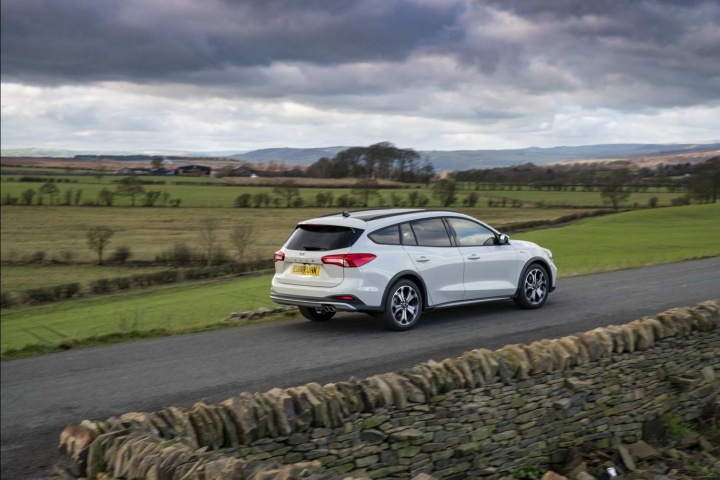 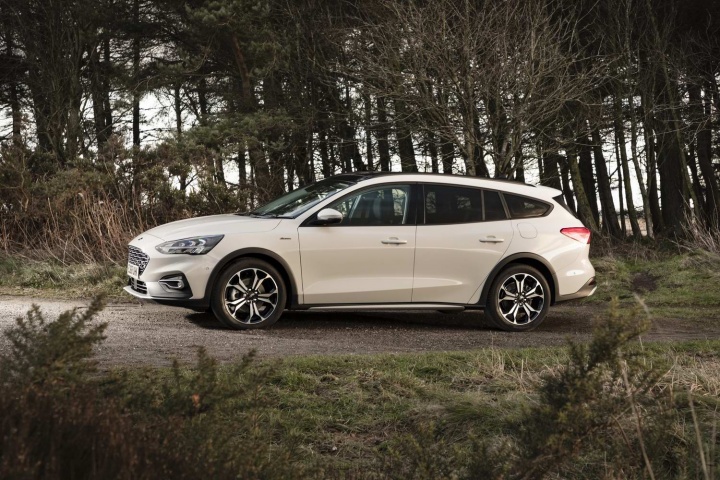 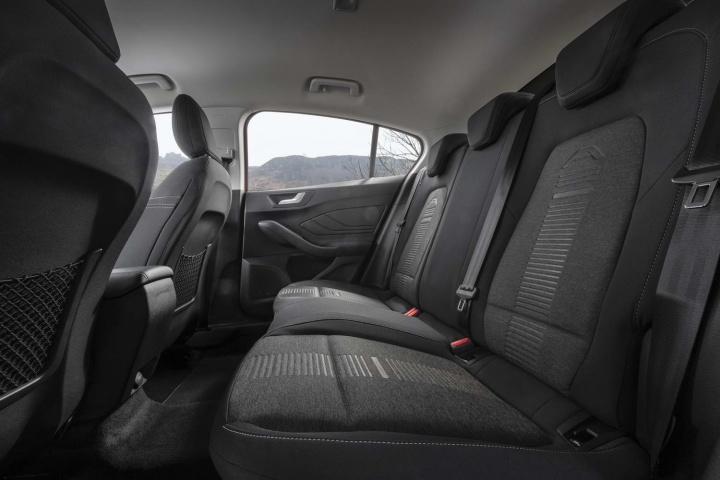 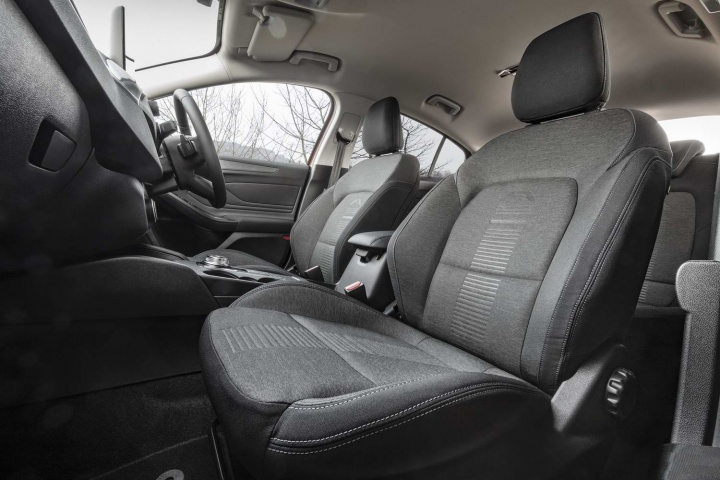 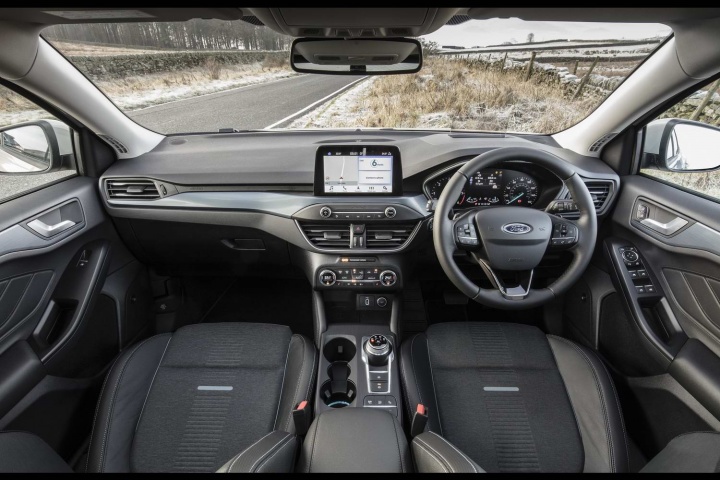 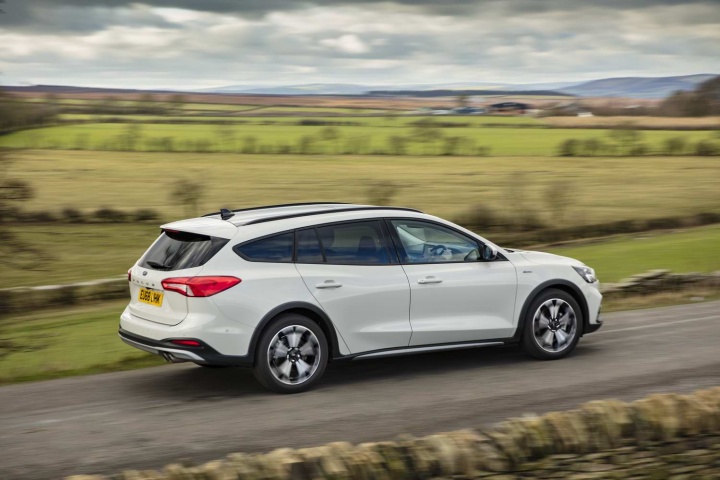 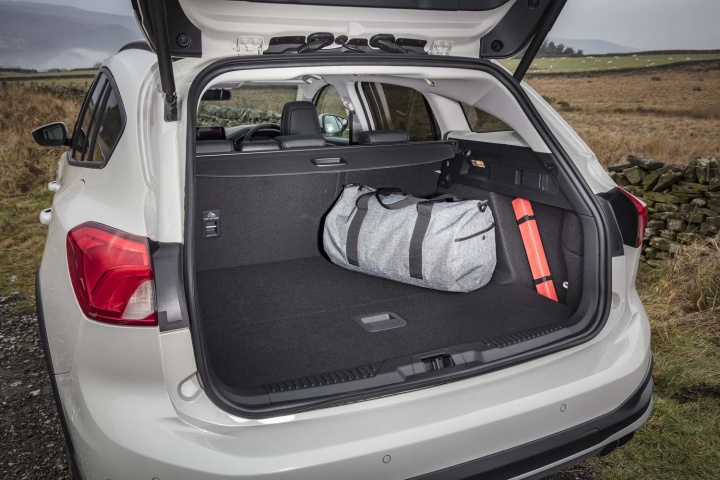 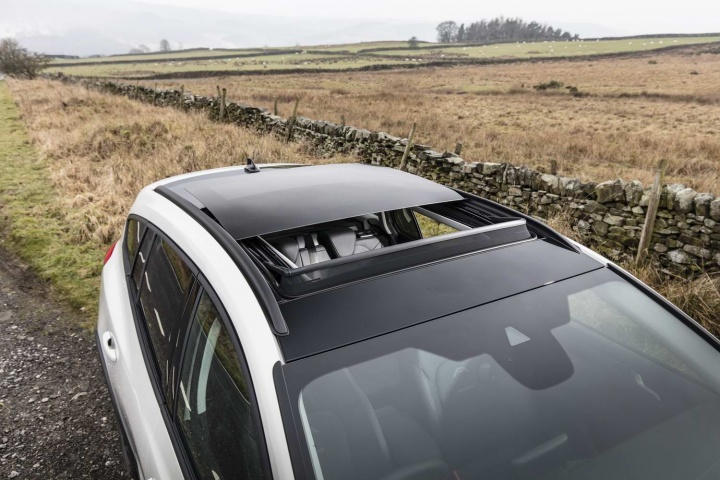 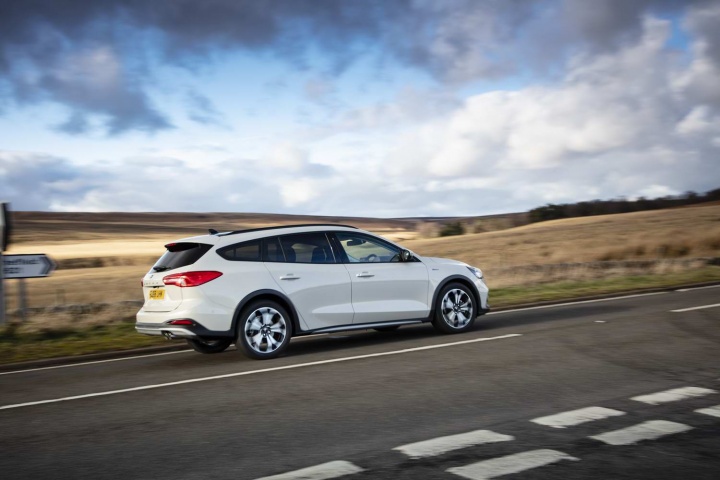 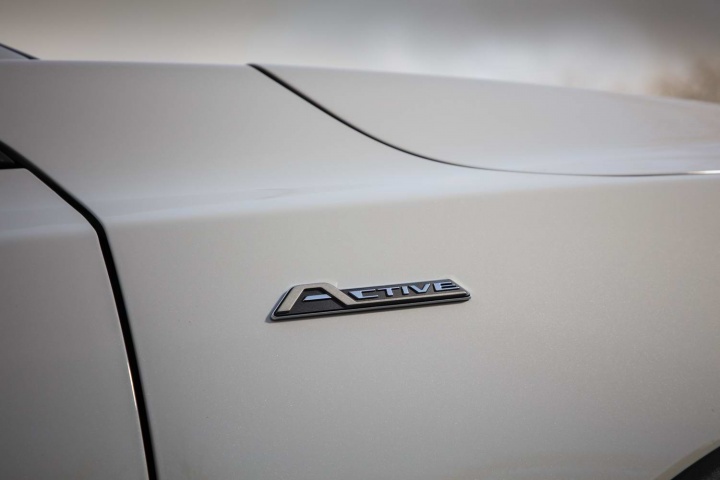 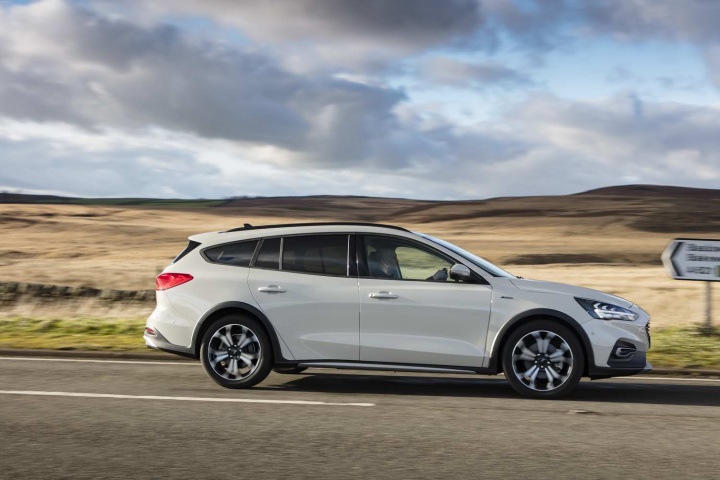 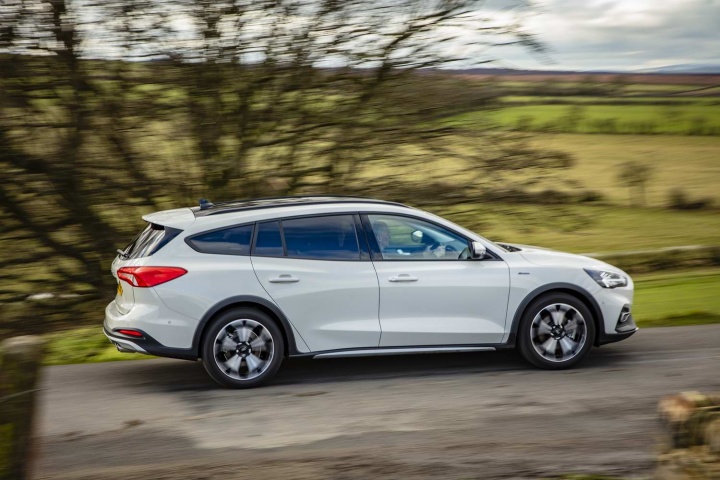 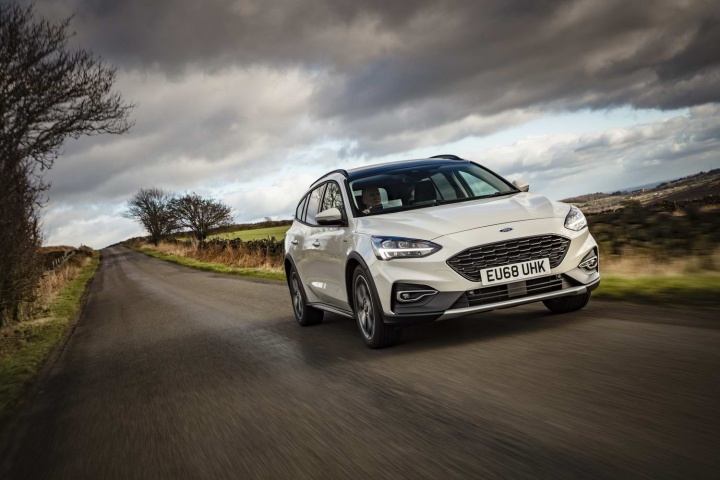 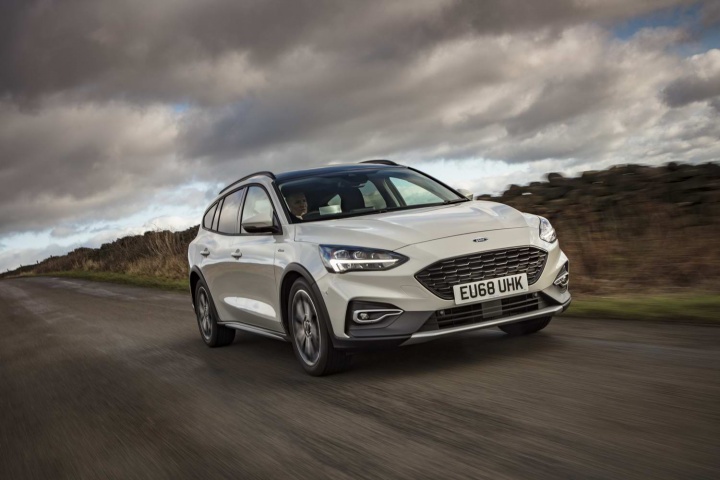 Ford’s rugged Focus Active rather neatly bypasses a problem with its SUV range...

Ford goes for the lifestyle estate option with the Focus Active, providing a higher ride height and tougher looks for its C-segment wagon. Not a fan of estates? Then good news: Ford will do you a Focus Active as a plain old hatchback, if you want.

Take one Ford Focus Estate and make it look like it could take on the wilderness - that's the programme of changes for the Focus Active, which also comes as a hatchback and which heads up a three-strong 'Ford Active' product portfolio of vehicles, comprised of the Ka+ Active and Fiesta Active also.

And, if you know how these things work in all classes of the automotive world, then the Focus Active's formula won't be a surprise to you. It sits 30mm higher off the deck than a regular Focus, while there's distinctive body cladding around the wheel arches, the lower sills and the front/rear bumpers. Similarly, it wears silver 'faux' skid-plates to protect the nose and back of the car, while there's 'Active' badging and motifs in places (outside and in), black roof rails and its own design of 17- or 18-inch alloy wheels. Inside, blue stitching and blue 'Active' upholstery can be found, but don't go thinking the Focus Active is a proper substitute for an off-roader, as there are no four-wheel-drive models - instead, it gains two extra settings in its Selectable Drive Modes programming, these being 'Slippery' and 'Trail', but power goes exclusively to the front axle on all variants. One final way of spotting an Active from a distance might well be the colour, as both Orange Glow and Metropolis White (if specified by owners) are paint finishes exclusive to the most lifestyle-y Focus.

Ford has confirmed four engines and two gearboxes for the Focus Active range. There are two petrol units, a 1.0-litre three-cylinder EcoBoost with 125hp and then a 150hp, four-pot 1.5-litre EcoBoost above that. For the TDCi turbodiesels, choose from 1.5 litres and 120hp, or 2.0 litres and 150hp - both have four cylinders. All of these engines can be paired with either a six-speed manual transmission or Ford's new eight-speed automatic. For our test drive, we were given a 2.0 TDCi Estate with an automatic gearbox and top Active X trim, which loads in more toys (to be confirmed in Ireland, see below) and 18-inch wheels for a premium.

There's a smooth, sophisticated air to the way the 2.0-litre diesel Ford oozes down the road that's impossible to dislike. The eight-speed gearbox, which we've already sampled in other products, is a notable step on from the Ford's former six-speed auto and it finds a perfect mate in the torque-rich four-cylinder engine up front, which bestows decent pace on the Focus Active without ever having to shout about it. Taller suspension and fatter tyre sidewalls only benefit the sumptuous ride quality and impressive noise suppression of the regular car, while it doesn't seem to lose much in the way of handling prowess - grip remains excellent, turn-in is keen and the chassis shows a pleasing liveliness that's at odds with the increased height in the Focus' stance. All in all, it's everything that's great about a normal Focus estate and everything that's great about an SUV, blended into one attractive package. We like.

Ford Ireland is not getting the Focus Active until the autumn of this year, so we have no words on prices or specs as yet. We also don't know if this 2.0-litre TDCi model will make it over here, with the 1.5-litre TDCi and the 1.0-litre EcoBoost more likely to be powering the off-road wagon on our shores. Nevertheless, its price will be towards the upper end of the scale regardless of what engine and gearbox are in it, although the Active will be less than a Vignale - think of it as comparable to an ST-Line or Titanium X and that'll give an idea of pricing.

If we're brutally honest, Ford's current range of SUVs is either average or sub-par - the largest Edge is pricey and lacks for a seven-seat option, making it feel like it is stuck between two stools. The Kuga is sort of OK (see 'Alternatives' above), but at the end of its life in Mk2 guise now and really starting to feel it, while the EcoSport might have been significantly improved by two hasty overhauls since its distinctly underwhelming launch in 2013, but it's still a long way off the prevailing standards in the B-segment 4x4/crossover class.

Luckily, with this new sub-breed of Active cars, Ford should be able to keep SUV-hungry customers in its showrooms because we've liked all of the examples we've tried so far. Nevertheless, it's clear the apogee is this Focus Active - cultured, attractive and nicer to drive than any SUV of a comparative size or price, it's the sort of 'crossover' that finally makes sense of that oh-so-modish automotive word. Indeed, so good is the Active that we reckon it might just be the best C-segment toughened-up estate there is. It's excellent. 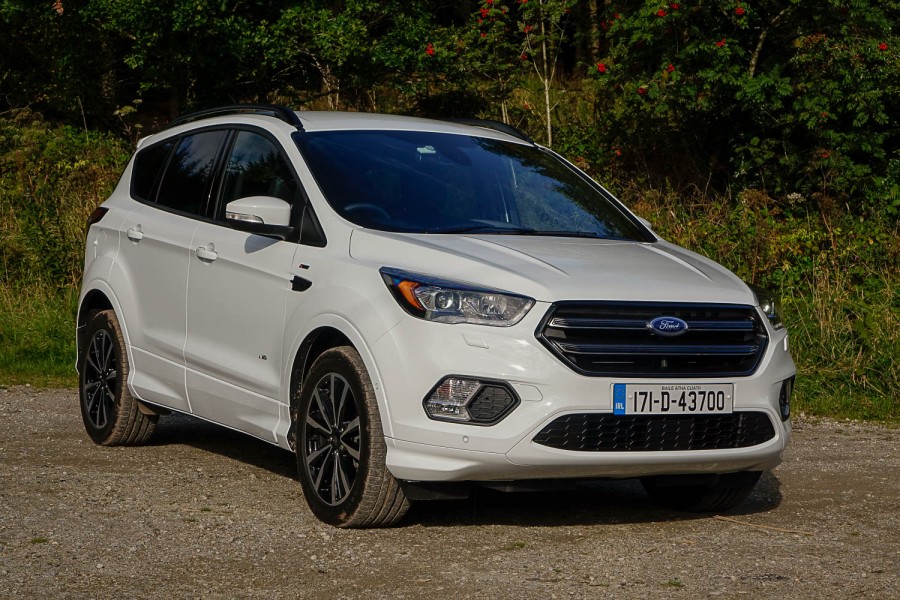 Ford Kuga ST-Line review
Ford Kuga vs. Ford Focus Active 2.0 TDCi diesel Estate (2019): a bit naughty, maybe, but this is your 'proper' SUV alternative to going for the Focus Active Estate. And we think the Kuga is outplayed in almost every department by the jacked-up Focus. 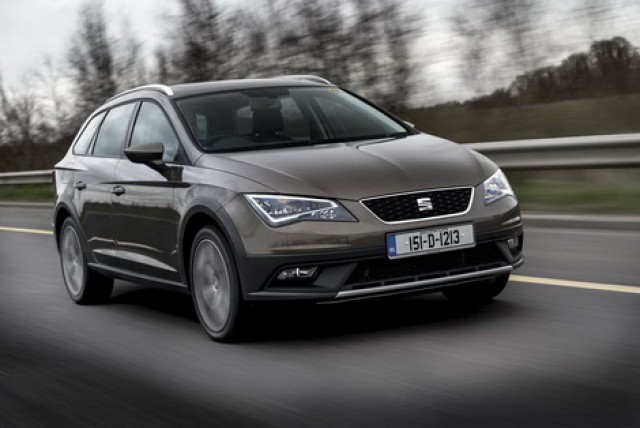 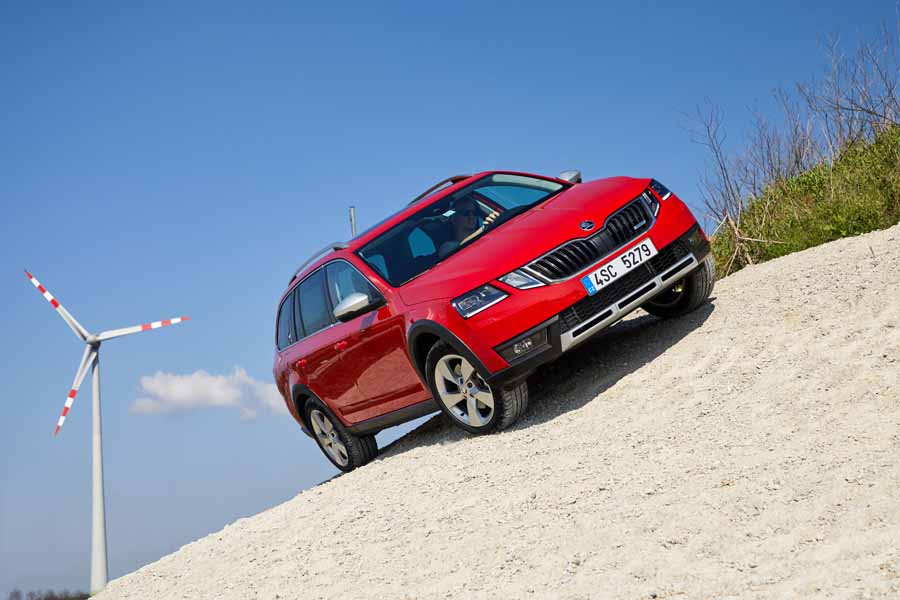 Skoda Octavia Scout review
Skoda Octavia Scout vs. Ford Focus Active 2.0 TDCi diesel Estate (2019): same car as the Leon X-Perience above, only in a Czech suit. However, there's precious little crossover estate choice in the C-segment and the appealing Scout is a strong contender in class.