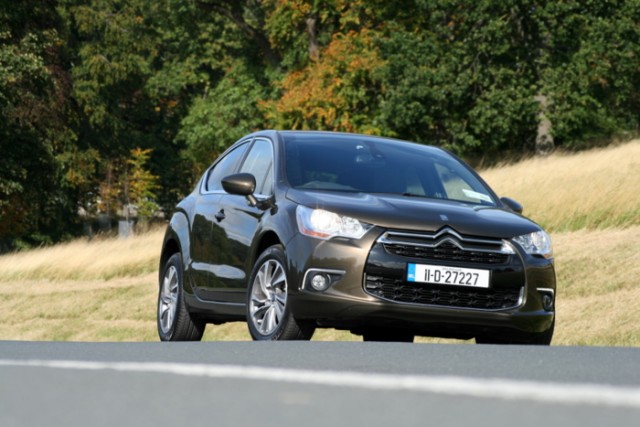 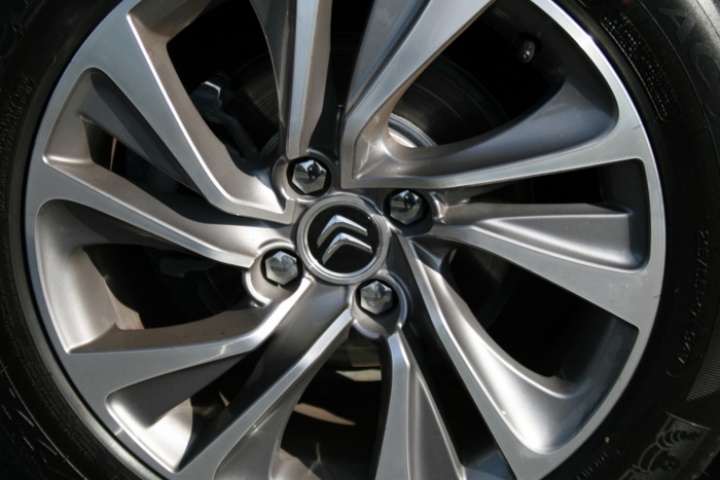 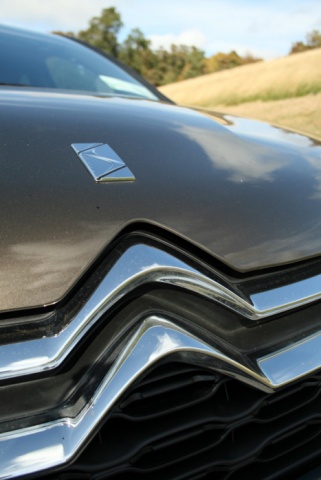 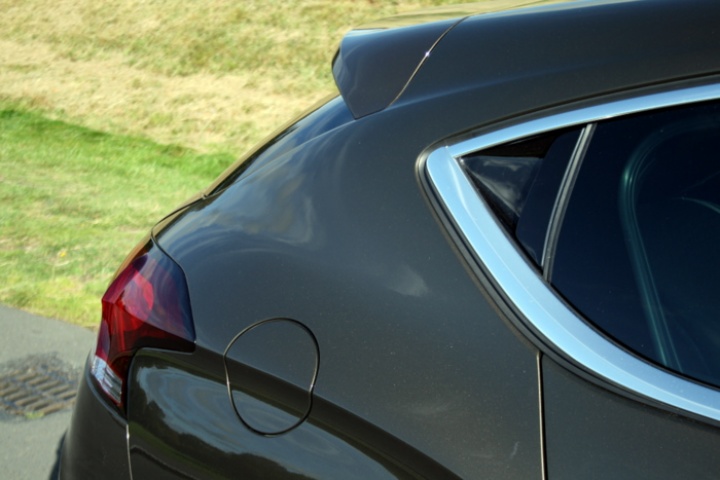 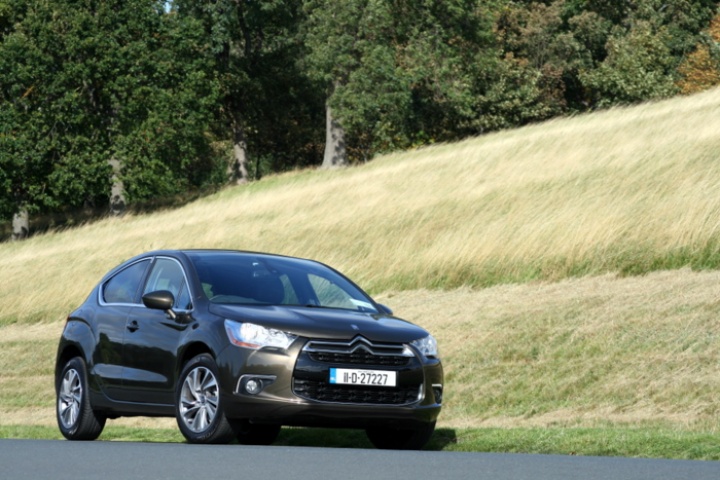 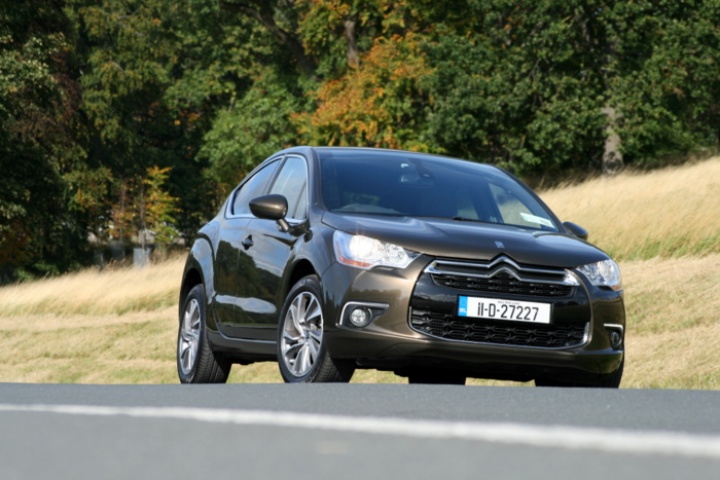 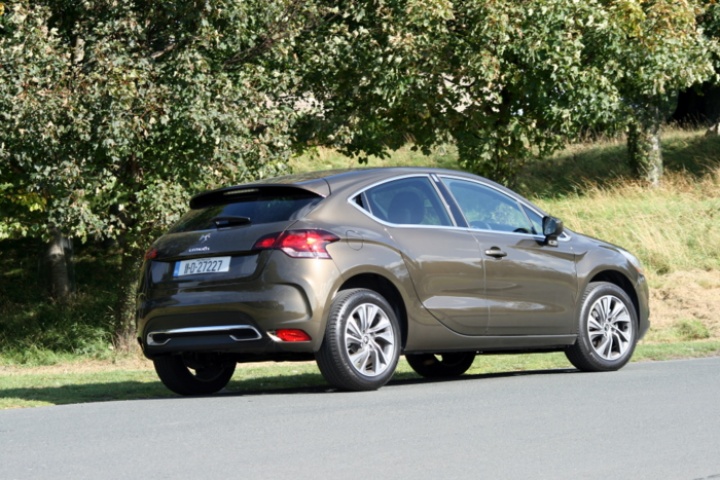 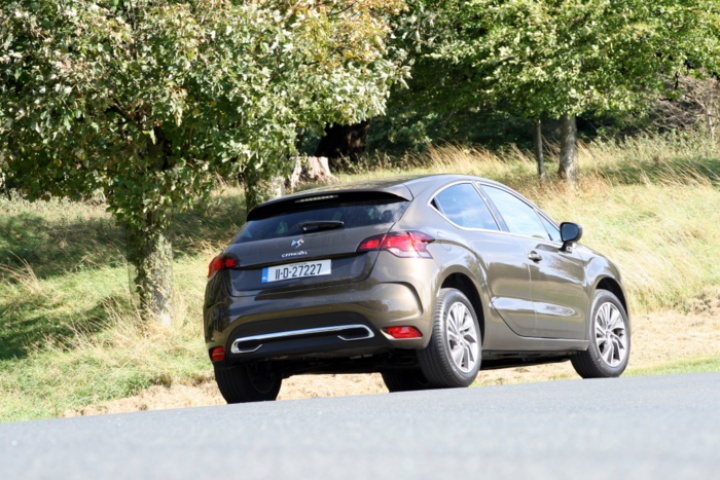 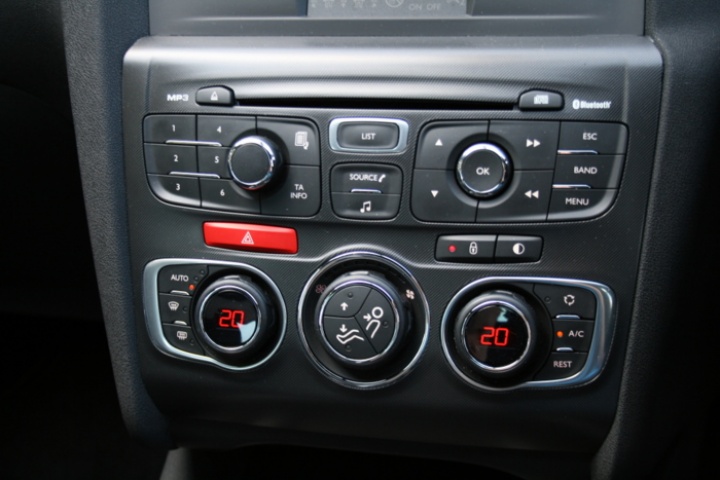 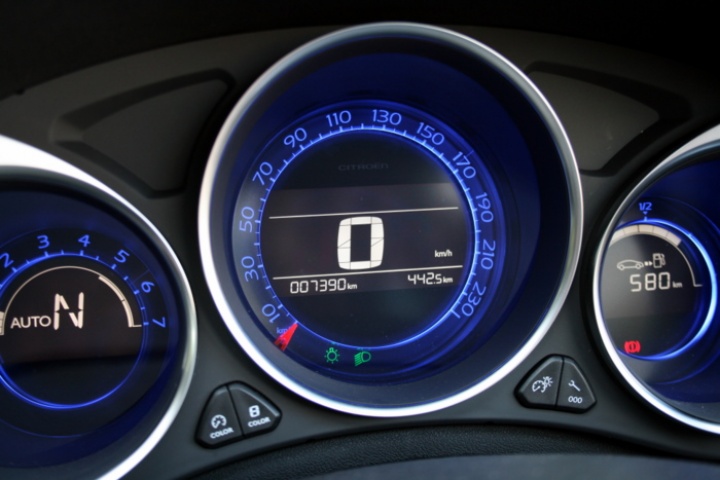 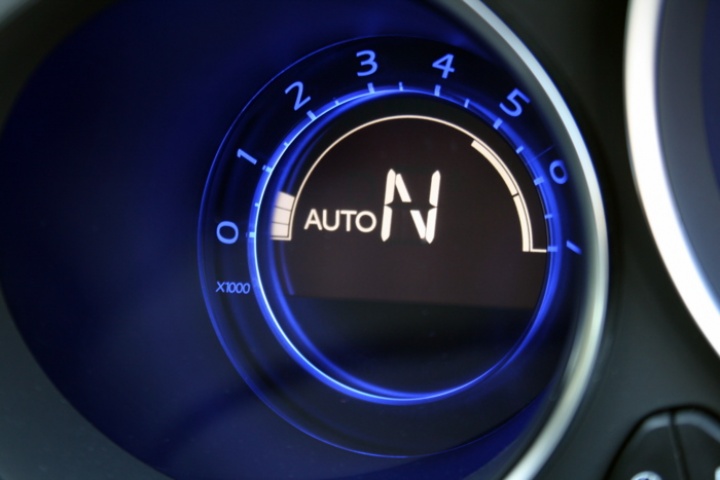 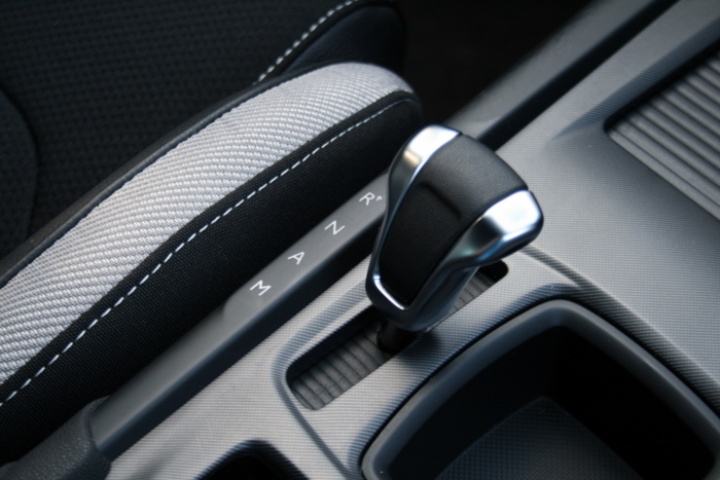 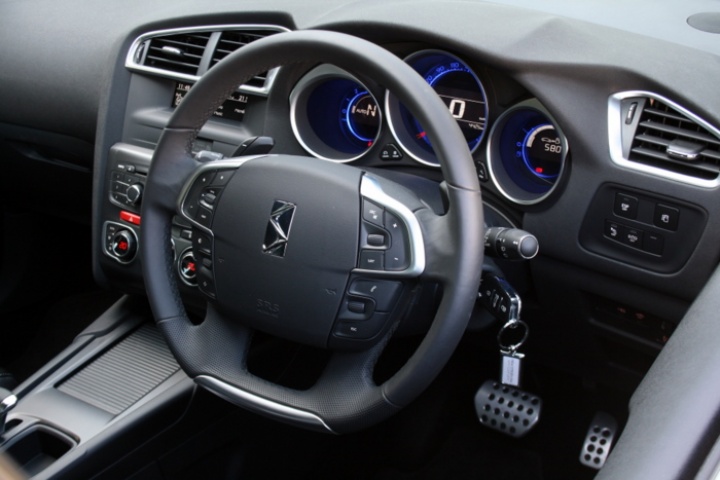 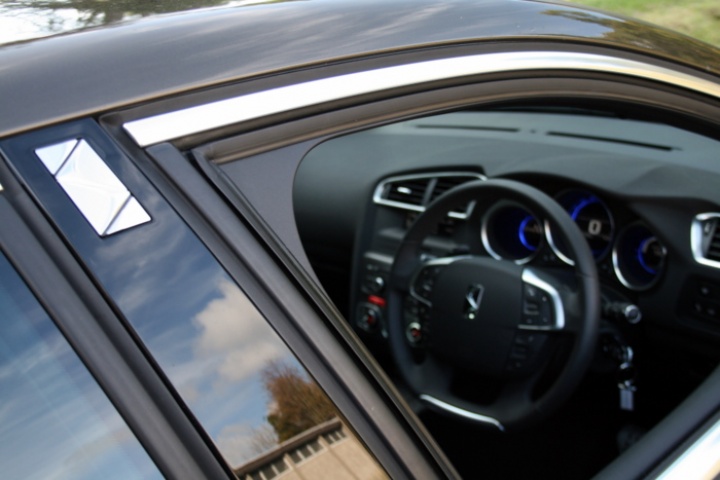 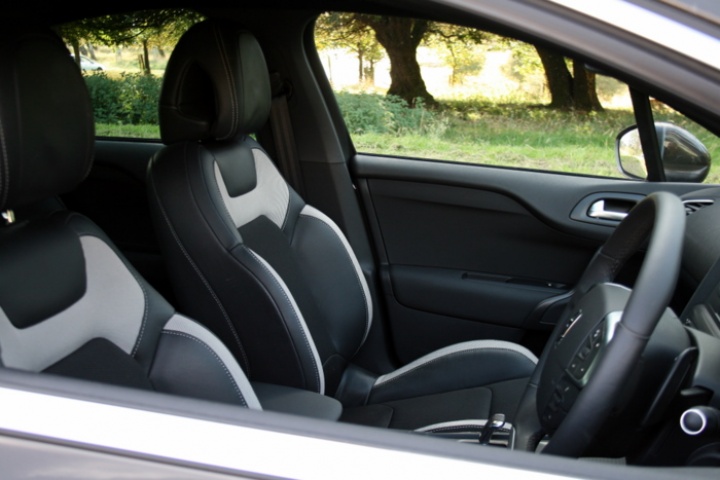 Citroen's DS4 is not for the shy and retiring, but does it offer enough to tempt buyers away from the competition?

Any car that is described as a 'crossbreed' is going to raise a few eyebrows. The second part in the resurgence of the DS line, the Citroen DS4 is said to offer the practicality of a hatchback with the styling of a coupé and the ground clearance of a crossover/SUV. Ignoring all that, what Citroen has created is one of the better looking hatchbacks on the market. It is not without its foibles though...

To deal with the styling of the Citroen DS4 it is necessary to break it down into the component parts that this 'crossbreed' is designed to straddle. On the crossover front the ride height is unresolved; it looks as if two separate designers came to a compromise between low slung coupé and high-riding SUV with the result being neither. Even with 19-inch wheels fitted to our test car there is a sizeable gap between wheel and arch.

The coupé look is pulled off better. The sloping roofline and deeply sculpted rear doors - complete with the prerequisite hidden handles - give the impression of a sporty three-door coupé, but in reality the DS4 is a much more practical five-door hatchback and it is on this point that the Citroen should be judged, as that is what most buyers will purchase it as. Whatever scale is used to measure the looks there is no doubting that the DS4 is a striking looking car.

So as not to feel left out the design quirks are carried over to the interior with the most telling being the rear windows. To keep the coupé looks the rear doors have been designed so sharply that there is not enough space in the body of the door itself for the window to wind down; it is fixed into position with neither handle or button with which to drop it. You can imagine the problem first presenting itself to the designers, who, no doubt after smoking a packet of Gitanes, shrugged their shoulders and fitted a panoramic windscreen to compensate.

Strange windows aside the interior of the DS4 has, for the most part, been lifted from the C4 hatchback with just enough DS glitz added to make it feel special. The cabin itself is quite dark, not helped by the black roof of our test car, but there is space enough for four six-footers with the middle seat in the rear best reserved for children. The boot is also generous with the 385-litre load space well able to swallow all we could throw at it.

The combination of 19-inch wheels and low profile tyres on our test car led to a very firm ride and a near constant scanning of the road for errant potholes to avoid. Thankfully, because of the raised ride height, there is enough suspension travel for the wheels to move and avoid damage, but for peace of mind we would plumb for smaller rims - even if they do not look as good.

Harsh ride aside the DS4 can be a really comfortable car when not negotiating the pothole slalom, and surprisingly a decent handling one to boot. The steering could do with a little more feel to go with the car's sporty looks but there is tons of grip available.

The 1.6-litre diesel engine will undoubtedly be the biggest seller due to being in tax Band A, but for the sake of on extra €60 per year we would plumb for its bigger brother. The 2.0-litre HDi engine fitted to our DSport test car offers 160hp and 340Nm of torque, yet thanks to long gearing of the six-speed manual transmission and standard stop-start it can return 4.3 litres/100km and only emits 134g/km, meaning tax Band B and €225 a year. Special attention has apparently been paid to internal acoustics with the panoramic windscreen being laminated; sound absorbent material fitted around the engine; and enhanced sealing barriers fitted to the body and doors. This means that barely any noise, be it engine or otherwise, makes it into the cabin.

This top-of-the range DSport model is fitted with everything bar the kitchen sink and comes with a price tag a shade over €30,000. That price would see it face off against some fairly stiff competition, but with standard equipment including heated leather seats with massage function, climate control, Bluetooth, 19-inch alloys, USB and auxiliary inputs, panoramic windscreen and a clever parking function that measures the available space for you, it offers a lot more for the money. We just wonder if it offers enough to tempt buyers away from 'more conventional' competitors.