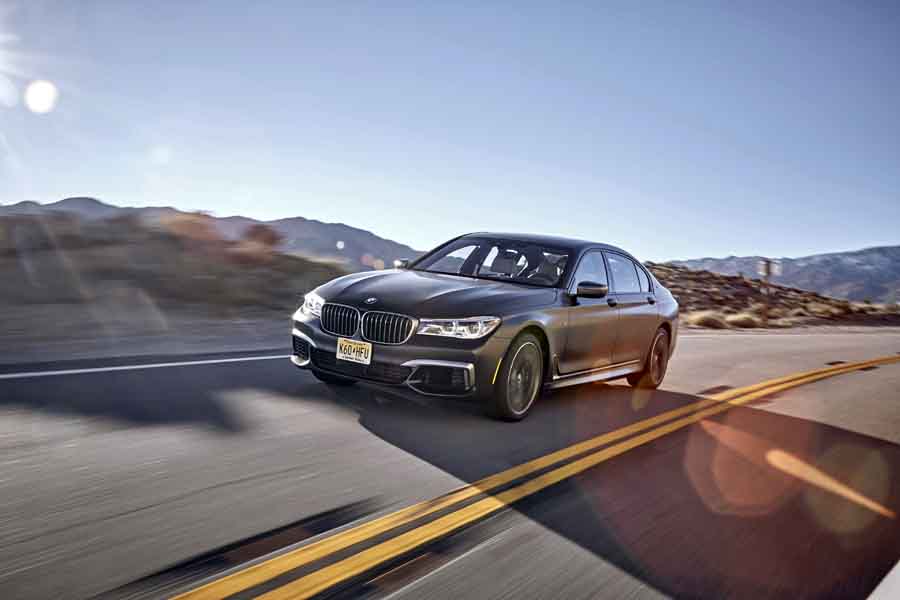 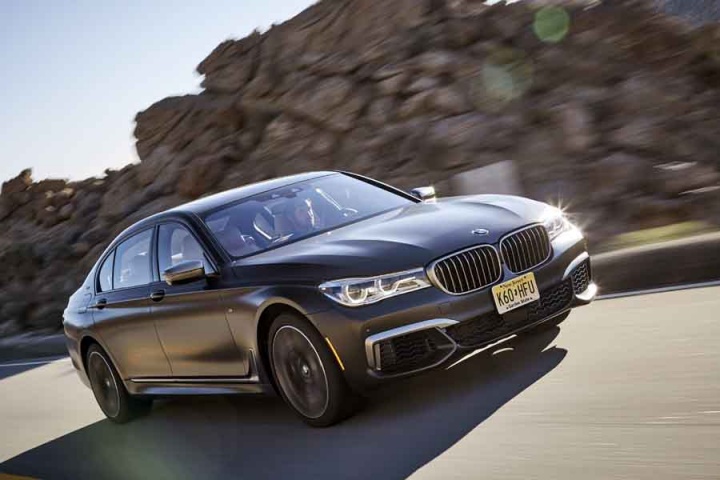 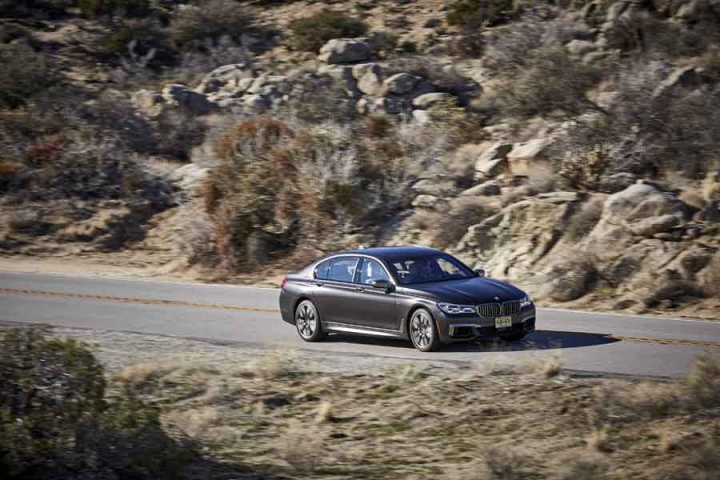 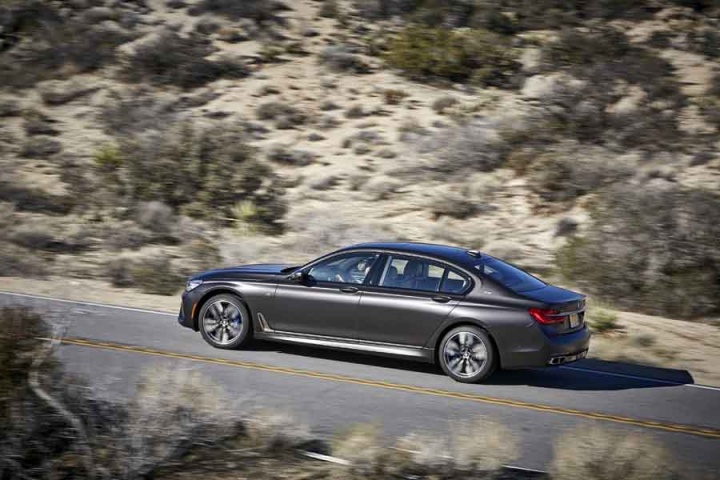 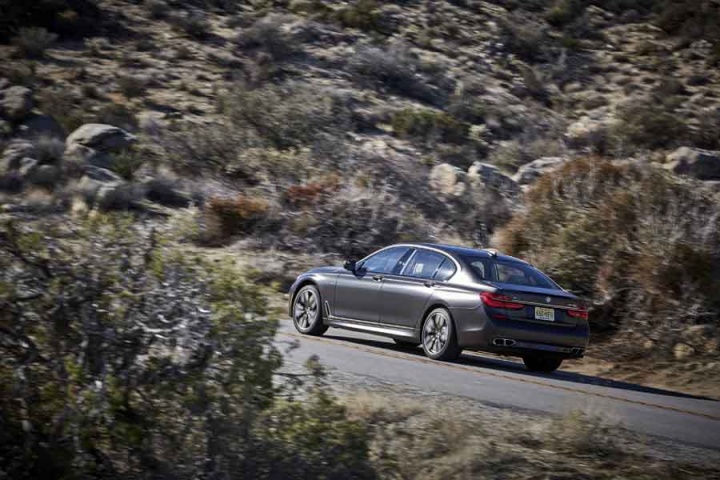 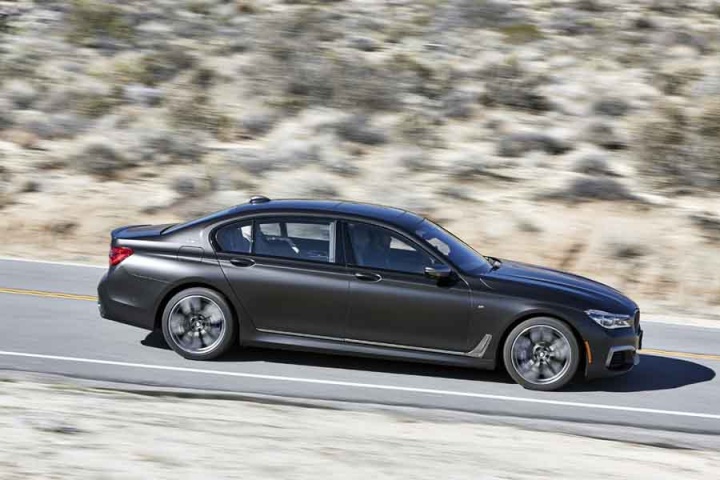 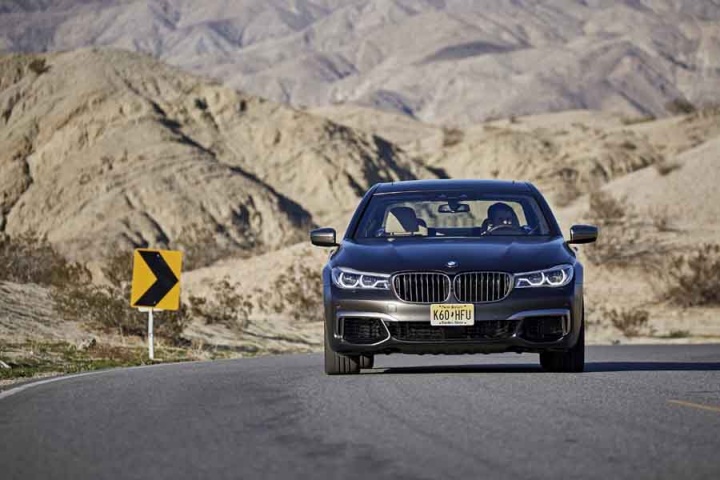 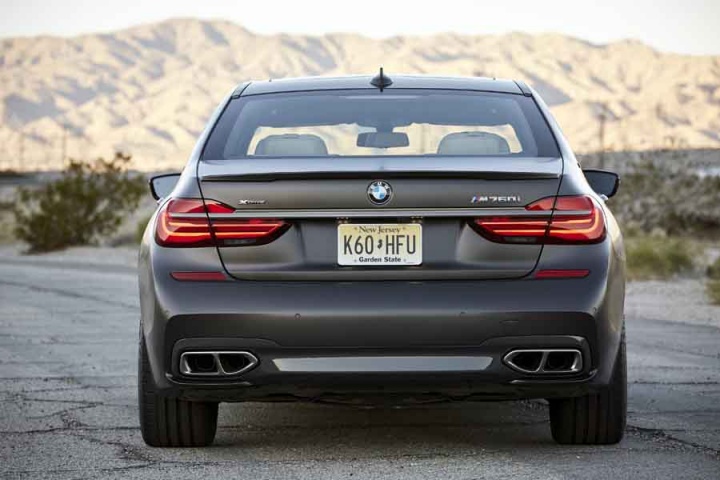 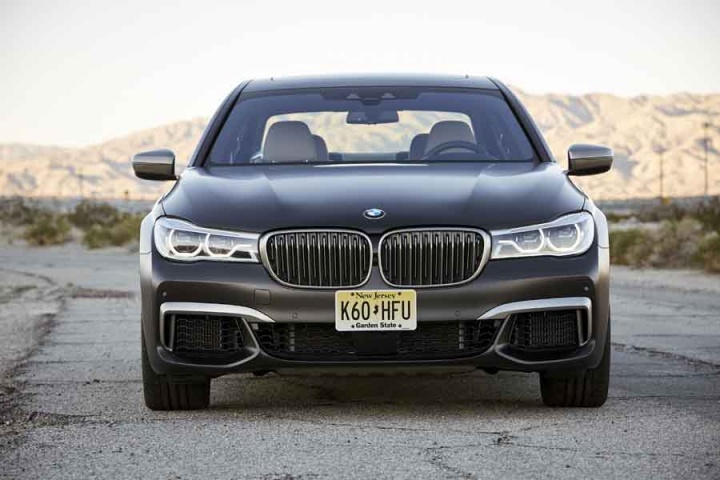 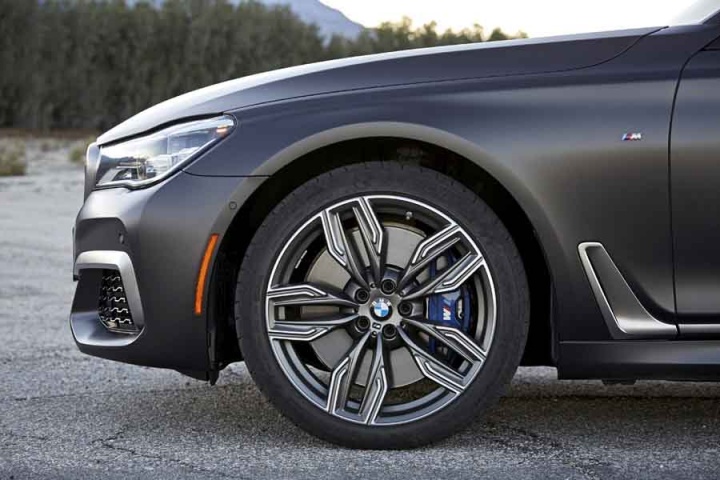 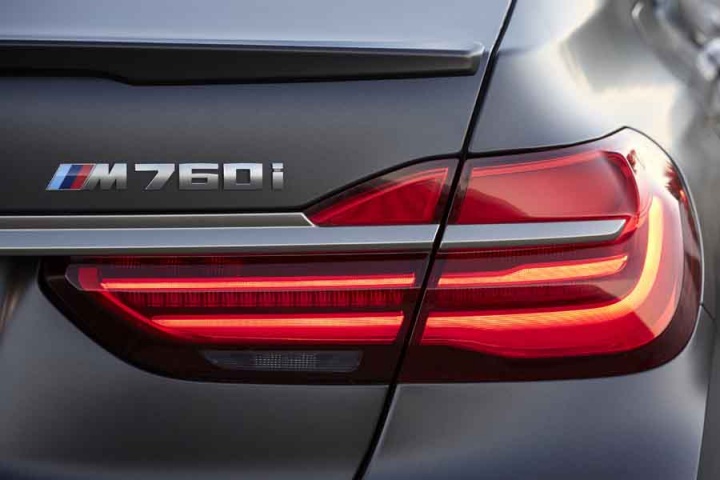 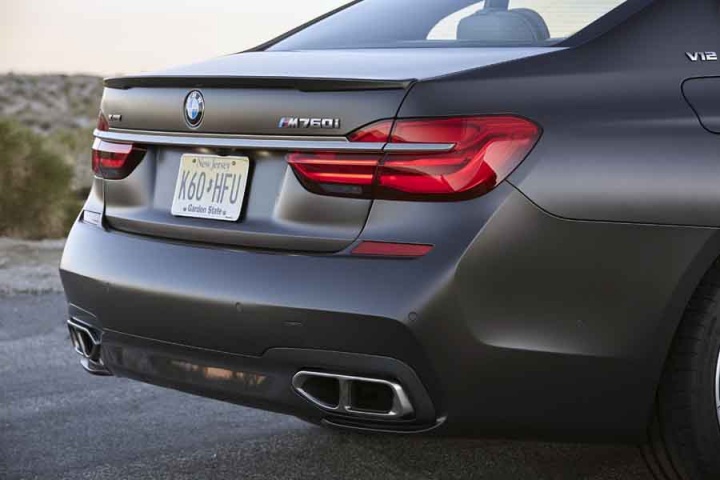 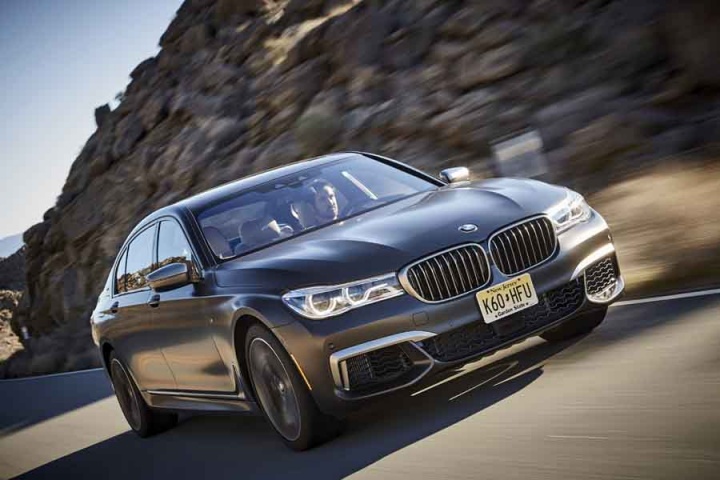 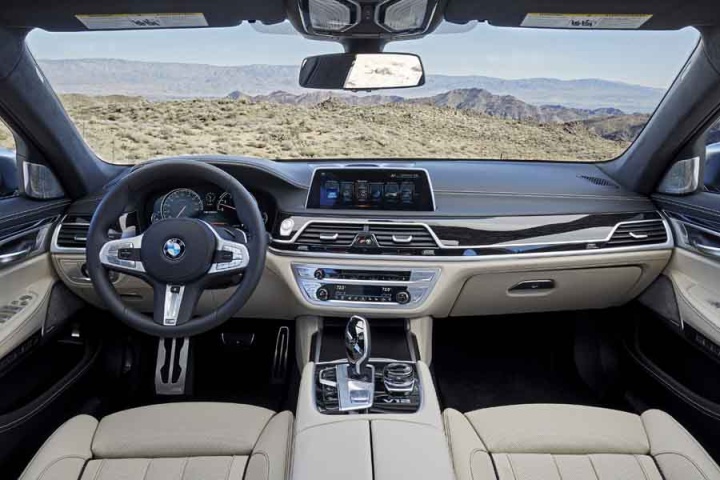 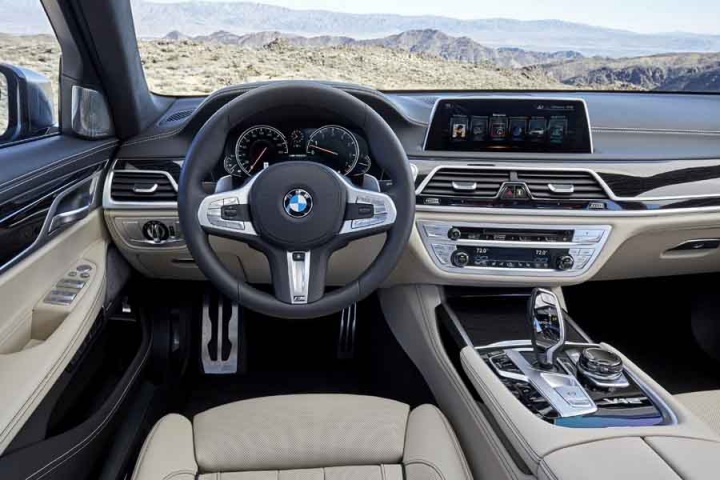 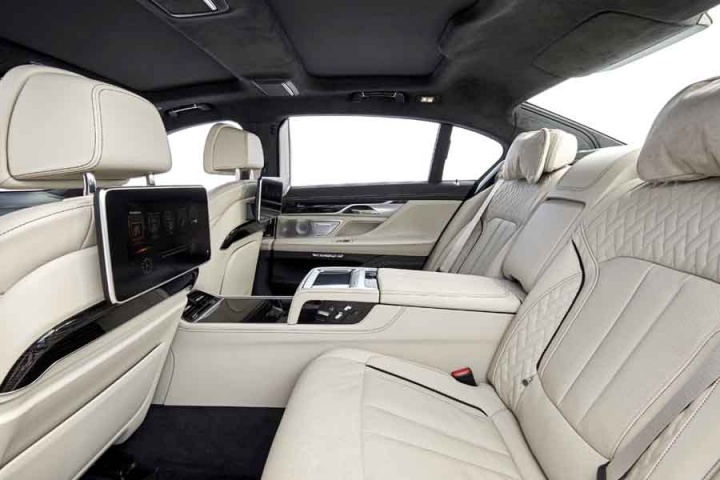 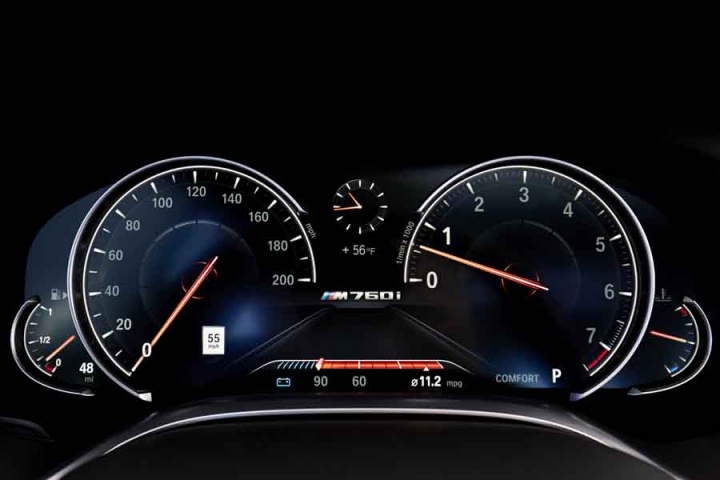 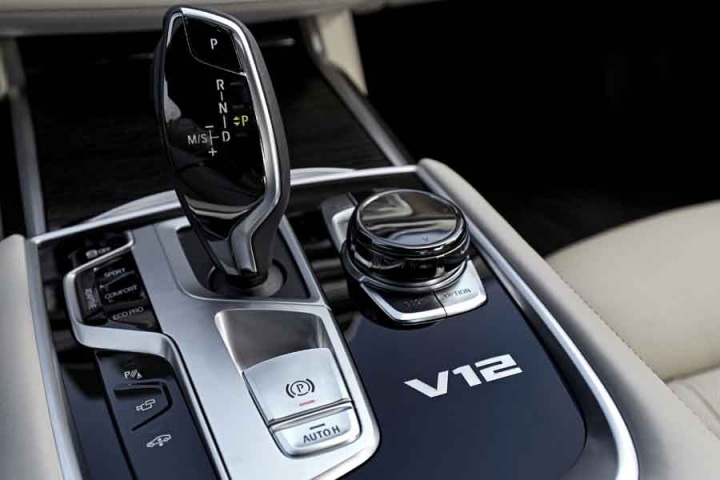 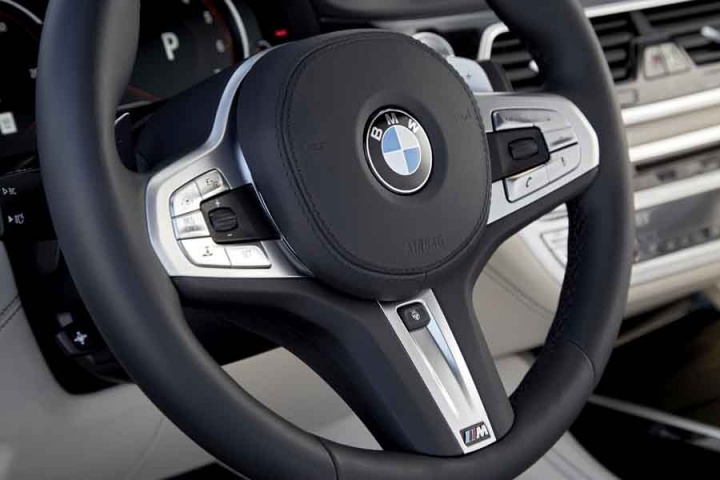 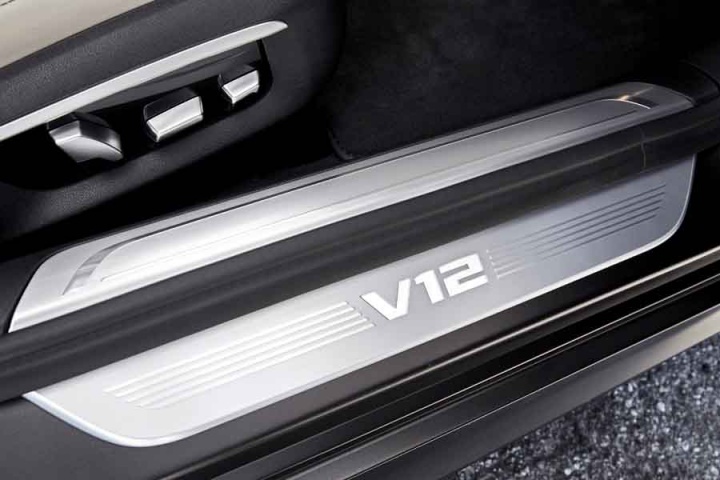 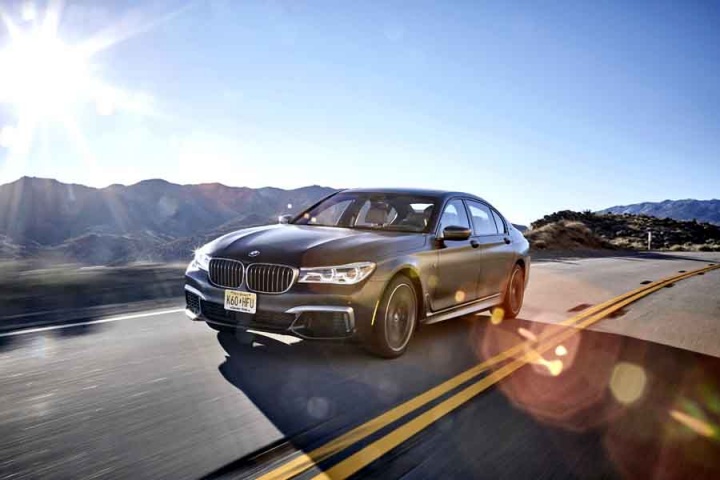 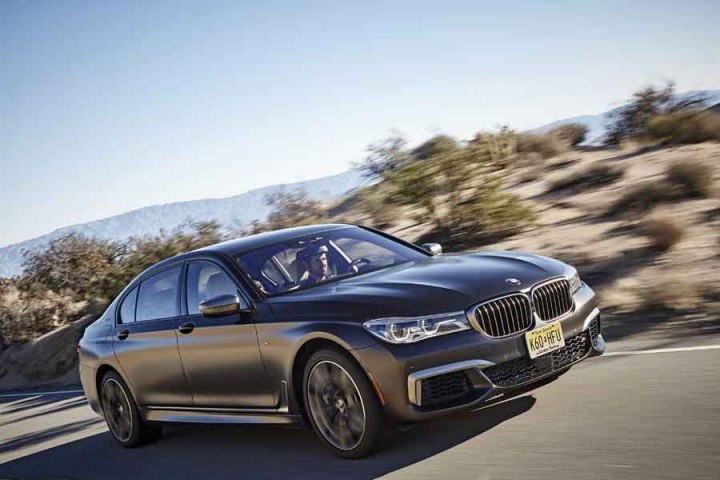 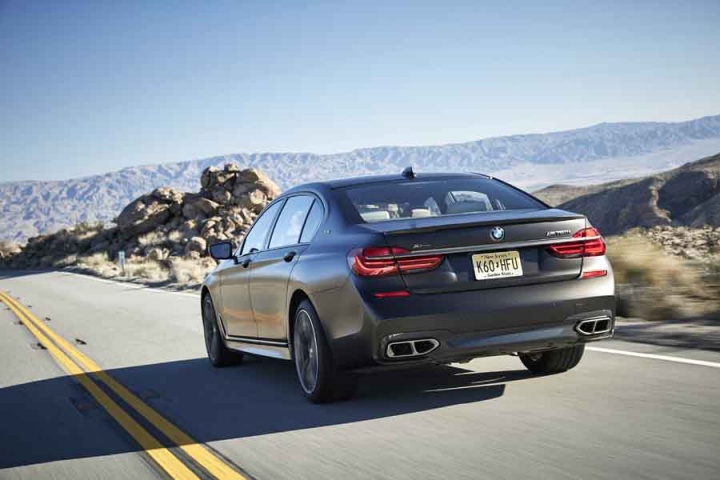 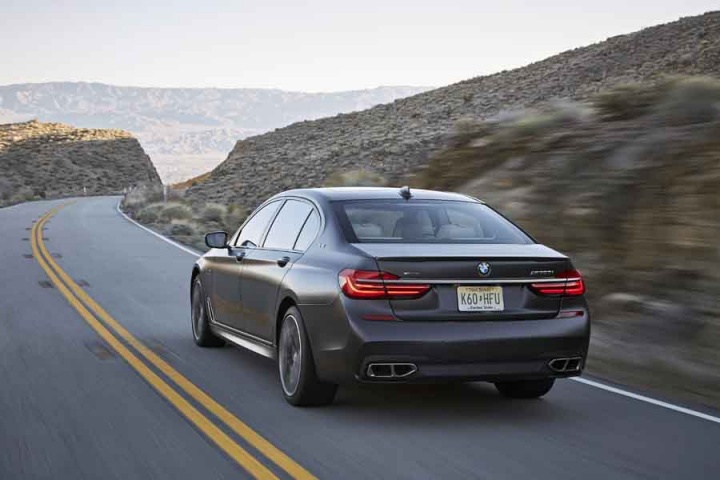 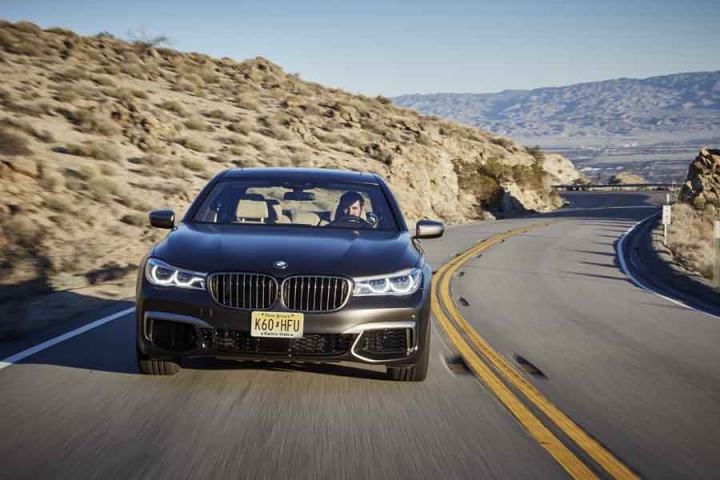 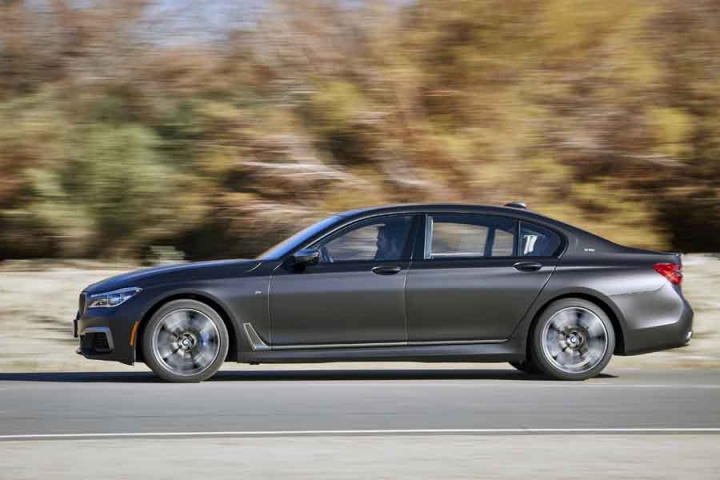 Let's forget about emissions and diesel and being sensible for a moment and relish the fact that there's still a place in the automotive world for a V12-engined luxury saloon. Not only that, but BMW's new M760Li xDrive, as the name suggests, has been breathed on by BMW's M division, so while it stops short of the sort of driving focus that would lead to it being called an 'M7', it is more capable on a race track and more fun to drive than any luxury car has a right to be.

While there are no large vulgar spoilers or bulging bodywork to tell the world you're driving a V12-engined BMW 7 Series, the M760Li gets plenty of unique identifiers that help it stand out. The M aerodynamic package includes a deeper front bumper with larger air intakes, though the modest rear lip spoiler is optional. As is the norm for BMW M Performance vehicles, there's plenty of Cerium Grey detailing, to be found on that new front apron and active air flap kidney grille, the door handles, the Air Breathers and lower edges of the doors, the door mirrors and the twin-exit exhaust tips. The same colour is used in the prominent V12 badging and on the gorgeous 20-inch alloy wheels. The overall effect is a 7 Series with a little more presence than the usual M Sport variants, but not so much as to be called gauche.

Inside, thankfully, BMW hasn't drastically altered the beautifully made and highly comfortable standard 7 Series cabin. There are loads of V12 logos, found on the bespoke instruments (reading up to 330km/h!), a new panel on the centre console and even illuminated on the door sills. As the name suggests, the M760Li is only offered in long wheelbase format, so rear legroom and comfort are exceptional and the interior is kitted out with all the latest BMW ConnectedDrive features, plus things like gesture control etc. It's a fantastic car interior and though the new BMW 5 Series takes inspiration from it, the 7 Series is notably more luxurious and made of more expensive materials inside.

However, if you think the standard M760Li has a little too much presence, BMW will gladly sell you the 'M760Li xDrive V12 Excellence' variant instead. It has an identical chassis and powertrain, but the styling is toned down, there's more chrome, less 'M' and less sporty looking alloy wheels, along with a quieter exhaust system. Inside, the gearchange paddles are removed, there's more emphasis on the rear passenger compartment luxury and a few other detail changes that suggest the owner may not be concerned with actually driving the car.

Let's start with the obvious - that V12 engine. It endows the M760Li with huge performance, such as a 0-100km/h time of just 3.7 seconds - that's the fastest of any BMW right now. And yet, thanks to the xDrive four-wheel drive system, such exertions feel relaxed and effortless. It's very easy to summon up the assistance of the transmission's built-in launch control system and it fires you toward the horizon at impressive pace, but it's all very controlled and not at all scary. The four-wheel drive, incidentally, defaults into rear-drive a lot of the time and sends a maximum of 50 per cent of the engine output to the front axle. On track (yes, we know that's the last place you'll find an actual customer's M760Li), through long sweeping corners you can feel the system divvying up the power as you approach the limits of adhesion and it's highly impressive. What's more, you can adjust the line neatly using just your tight foot on the throttle and there's no fear in turning off the stability and traction control systems.

Our time at the circuit also revealed how well the big brakes (vented steel disks all round) cope with the weight of the M760Li while giving the driver confidence-inspiring feel through the pedal. Likewise, the eight-speed automatic transmission is excellent. There are gearchange paddles, but we found precious little need for them, on the track or on the way up a steep and twisty mountain pass. That's thanks to a combination of the perfectly judged Sport mode in the gearbox and the 800Nm wall of torque available from 1,550- to 5,000rpm. Choose Sport from the driving settings and the exhaust is notably louder too, with a unique bellow accompanying hard acceleration. Oddly, BMW still thought it necessary to amplify this through the car stereo at times - not that you'll notice.

While the V12 engine is the star of the show here, the M760Li's chassis is equally as impressive. BMW's M division has tweaked the standard set-up, which includes air springs, adaptive dampers and a fiendishly clever active roll stabilisation system that does away with traditional anti-roll bars. The result is serene luxury and comfort for the vast majority of the time. Even in Sport mode it's never harsh on the road. Yet, it fairly convincingly laps a race track at indecent speeds. The M760Li really can do it all.

Now, we'll concede that if you want the ultimate then you're more than willing to pay for it, but at over €245,000 on-the-road, the M760Li is one and a half times the price of the entry level 7 Series, a car we would class as phenomenal by any measure. So it's not great value when thinking rationally, even if it is loaded with technology and equipment. Let's face it: you're paying for a V12 badge. And yes, if we could, we would...

There's little point trying to use logic in reviewing a car like the new BMW M760Li xDrive for the Irish market, as it's highly unlikely that any will find homes here. Instead, look at it as a celebration of the automobile, a celebration of the mighty V12 petrol engine and a refusal by talented engineers to accept the laws of physics as they should apply to a large luxury car. The ultimate BMW 7 Series truly lives up to its remit. 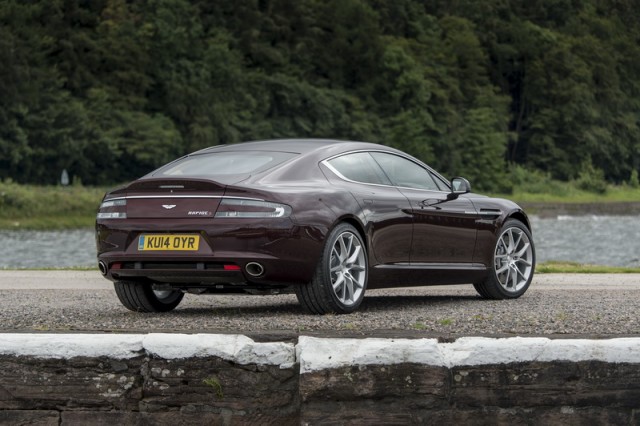 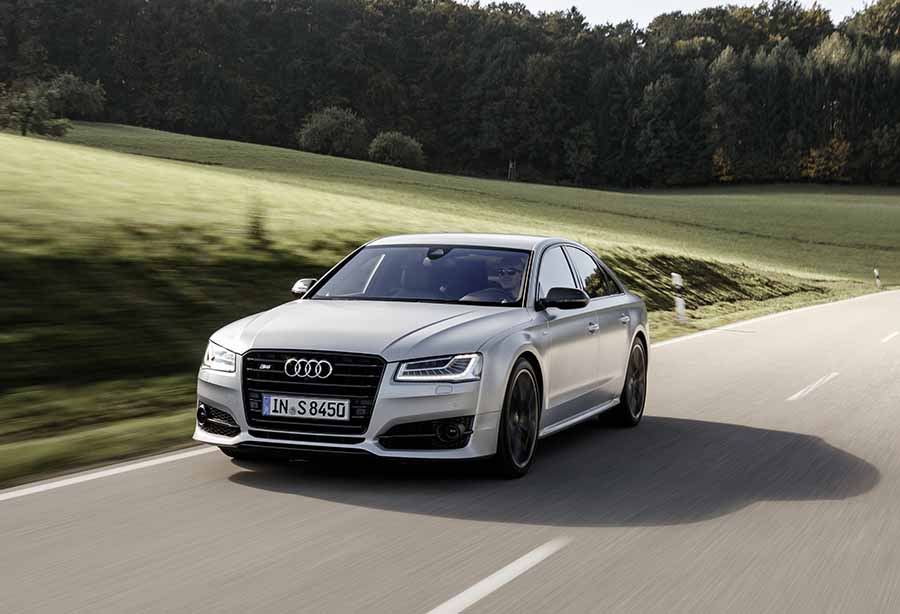 Audi S8 plus review
Audi S8 plus vs. BMW M760Li xDrive: far more subtle looking than the BMW, but just as fast and has quattro four-wheel drive. Doesn't have the V12 cachet though. 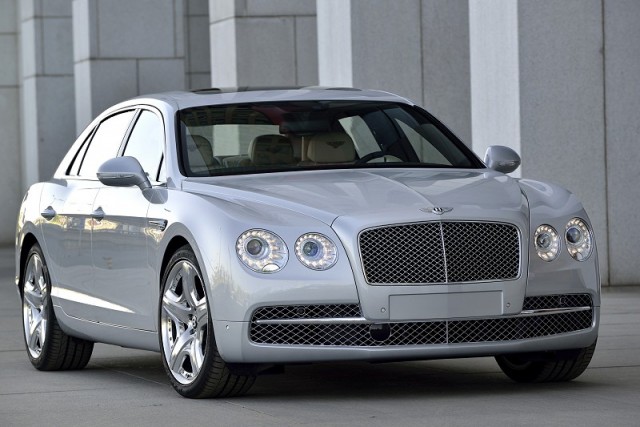