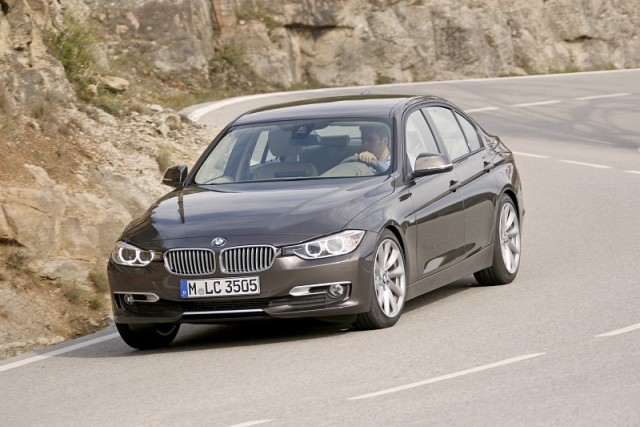 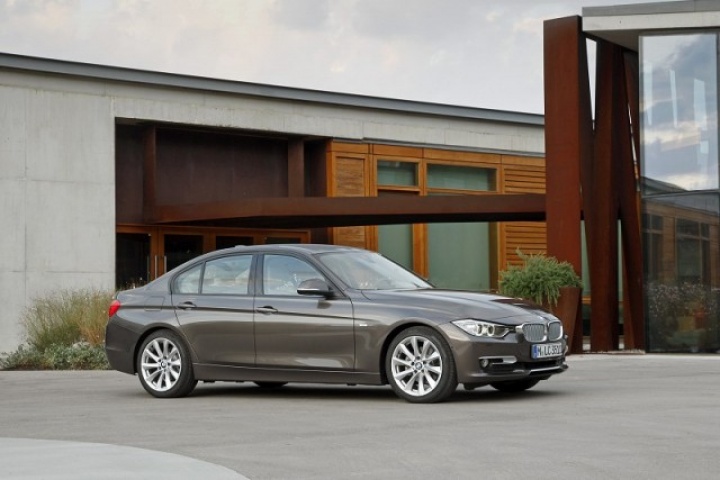 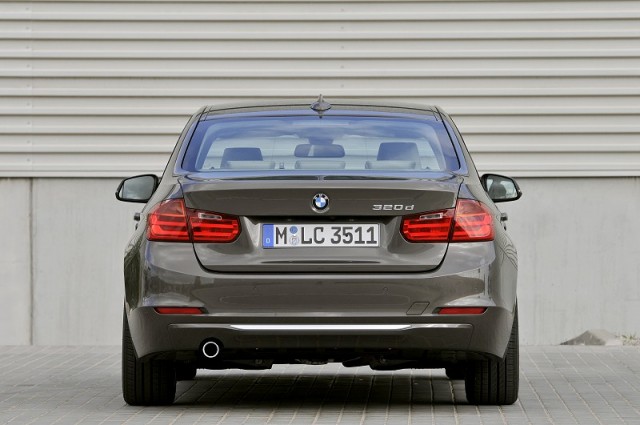 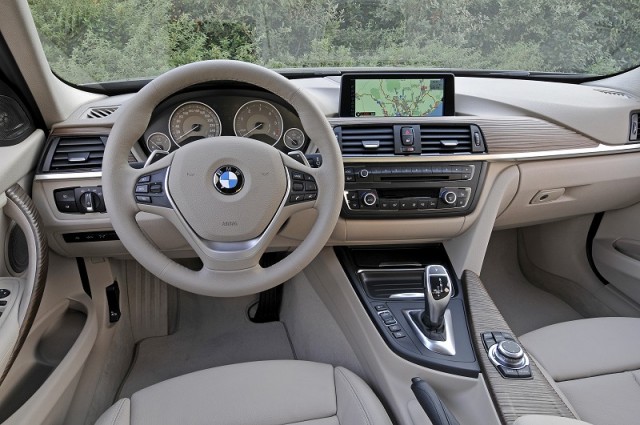 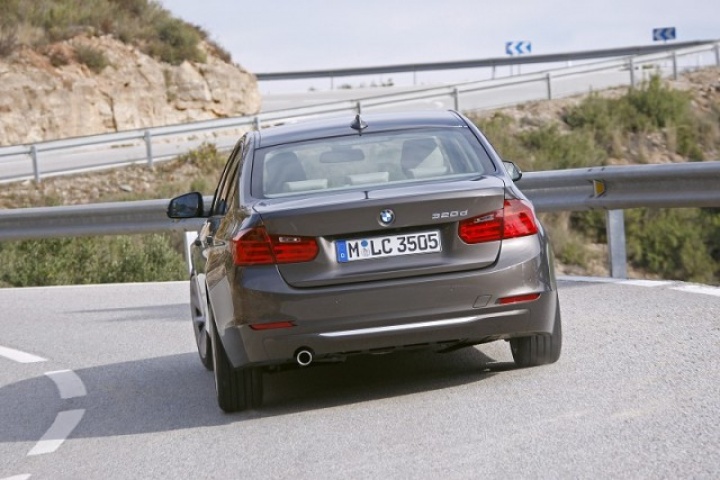 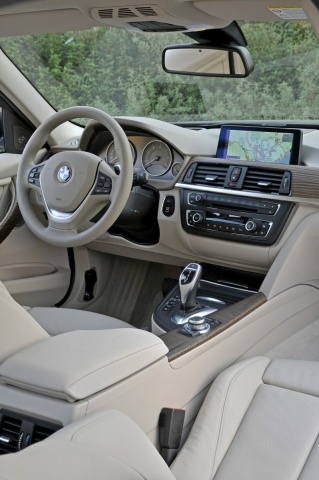 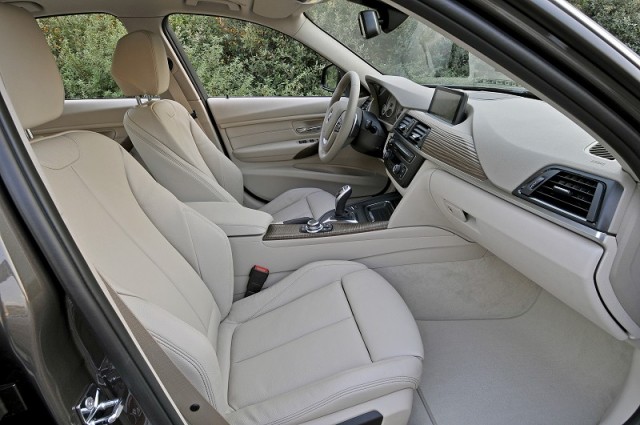 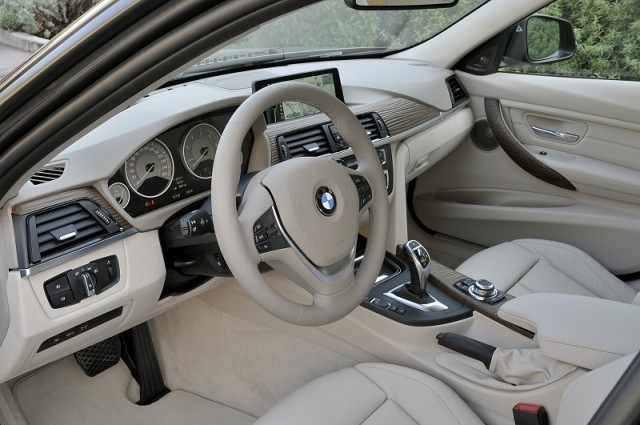 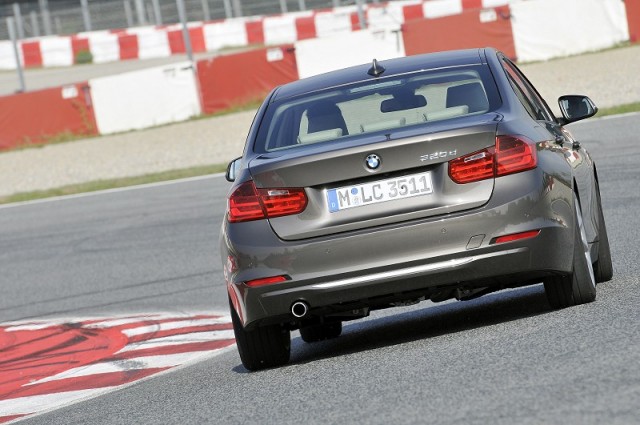 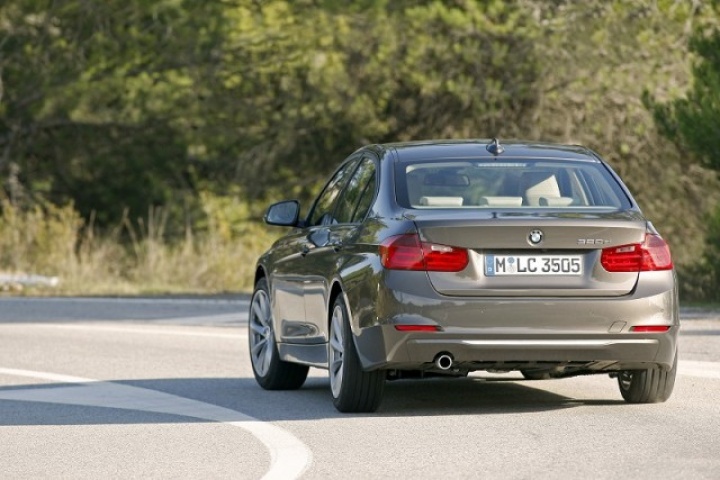 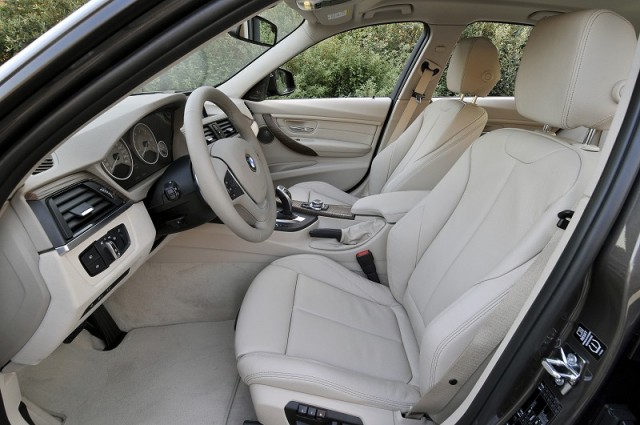 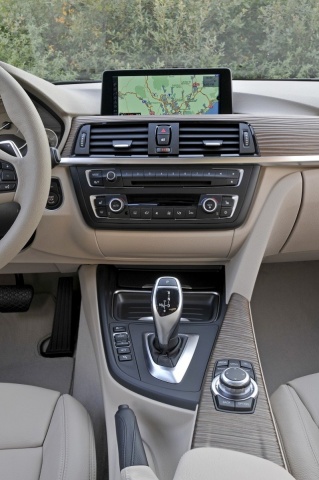 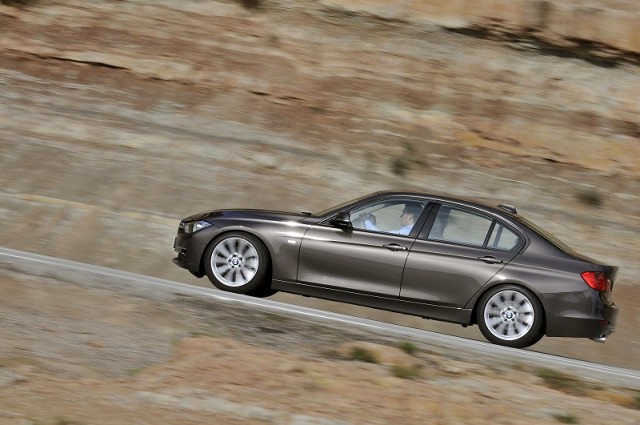 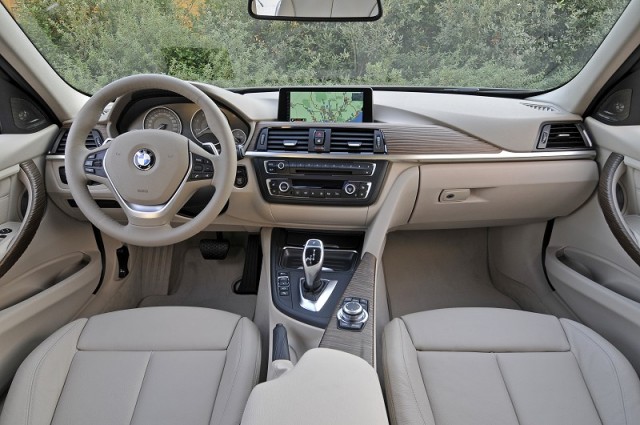 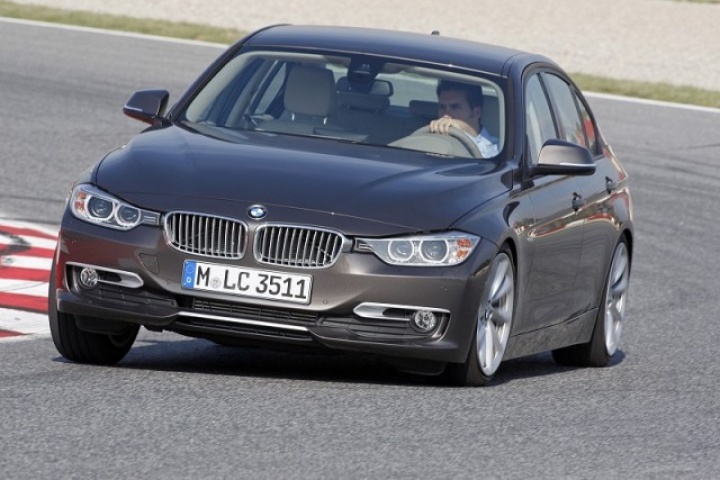 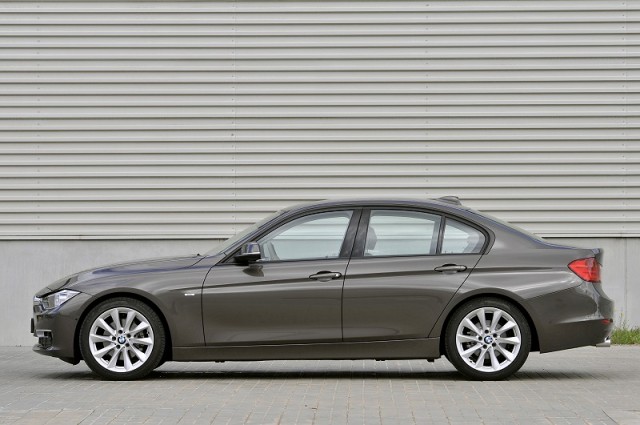 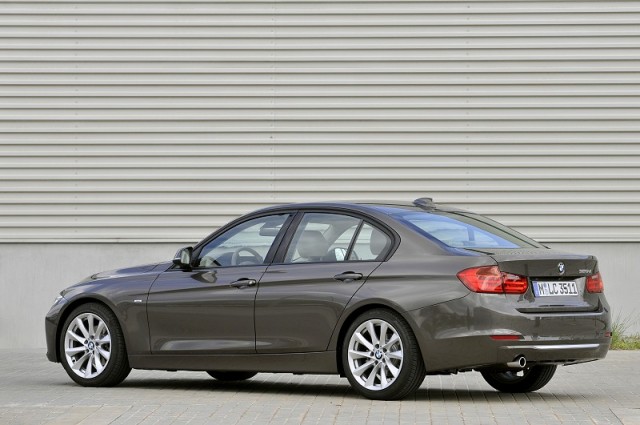 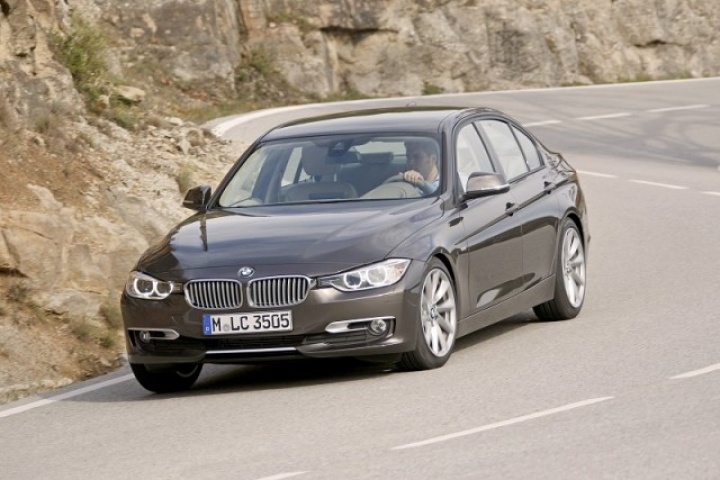 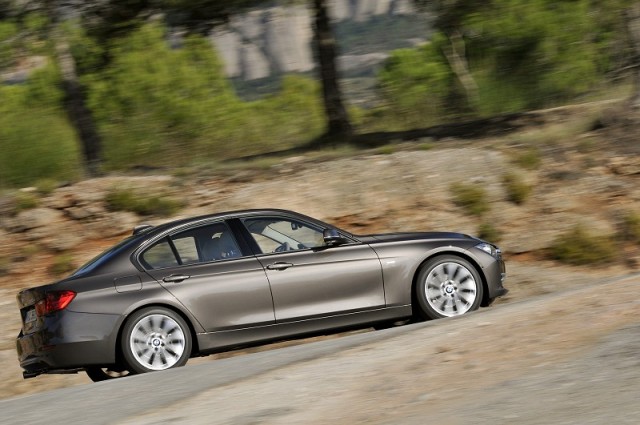 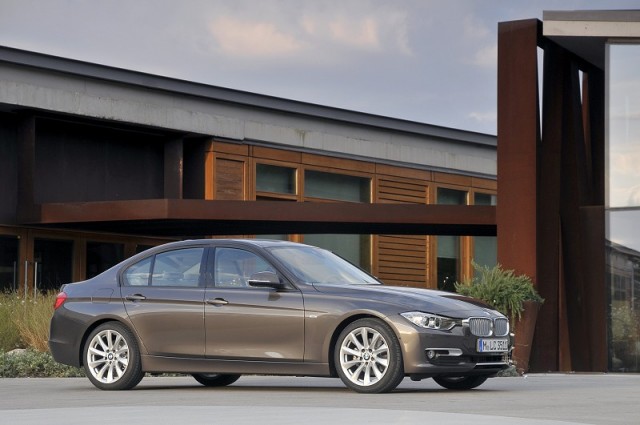 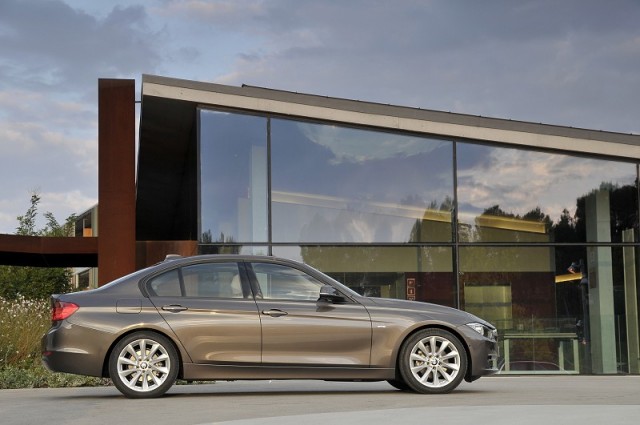 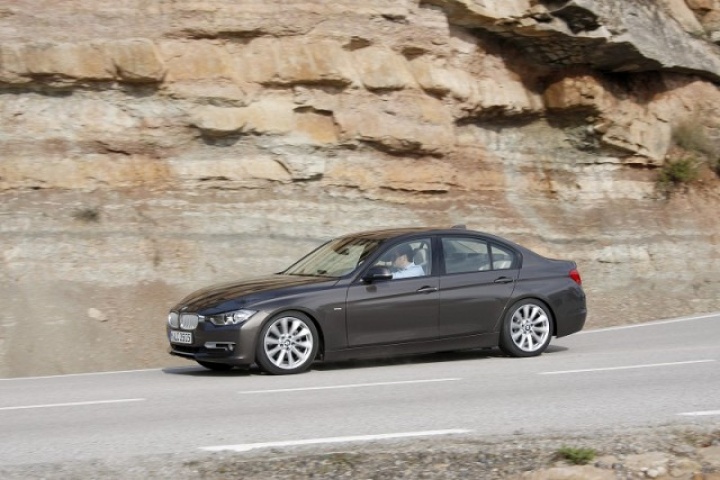 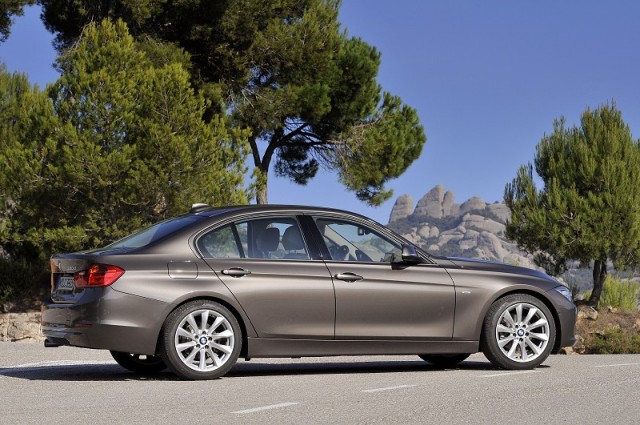 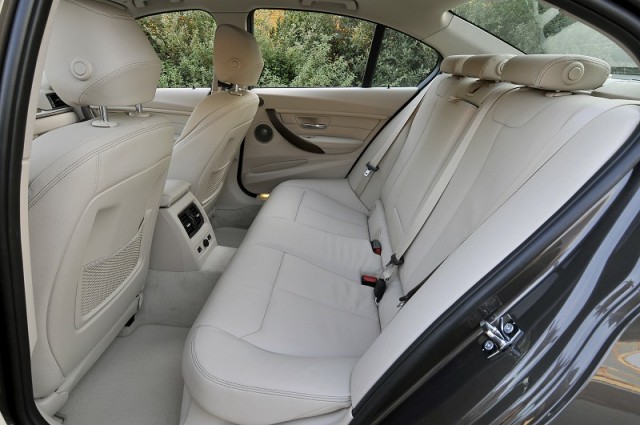 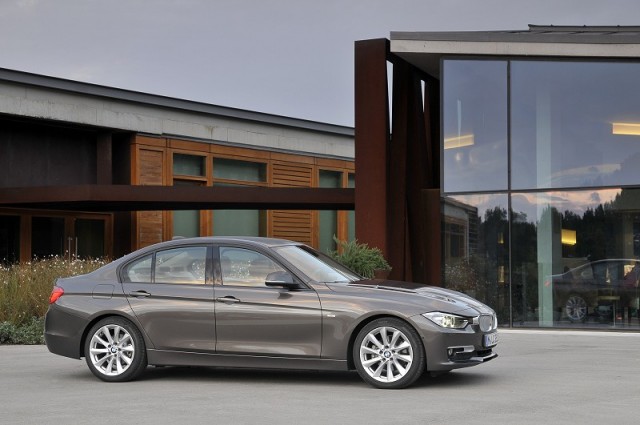 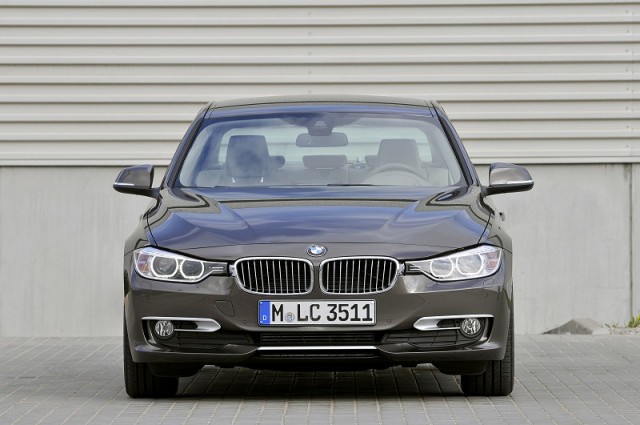 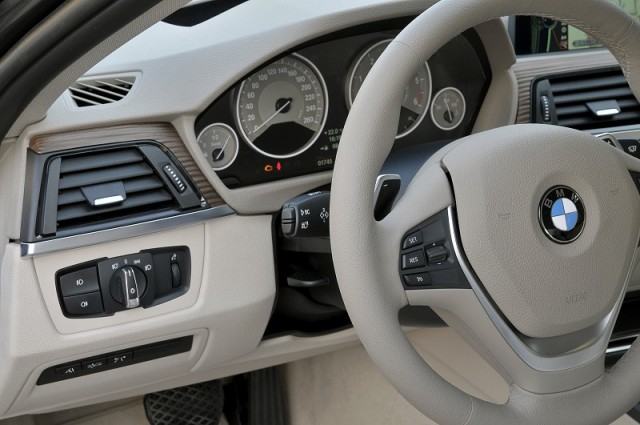 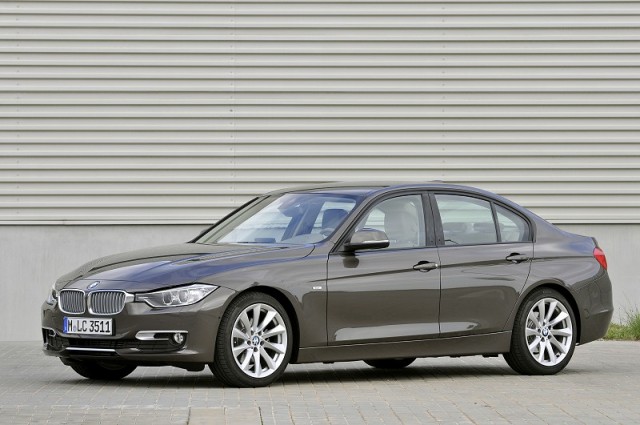 It would have been easy for BMW to rest on its laurels with the new 3 Series; after all, the previous generation is still challenging for class honours. And while the styling may not excite everyone, one thing's for sure - the new 320d is the best yet, with more equipment, performance, efficiency and driver involvement than ever before.

The 3 Series is BMW's best-seller, taking one third of all global sales, so it's no surprise the styling hasn't changed dramatically. Admittedly the front, with its new proud kidney grilles and sharp intersecting headlights help it stand out, but there's a distinct similarity to the firm's larger 5 Series.

It's the same inside, with plenty of switchgear shared with other models, and a similar layout to the recently introduced 1 Series. Those sat in the rear benefit the most, the extra 50mm in the wheelbase offering more legroom, while the boot is 20 litres larger at 480 litres - though a folding rear seat remains an option.

Despite the rest of the car being all new, the basic engine has been carried over from the previous generation. That's no bad thing, as it was already one of the best performing, most efficient and refined units in the class. Thanks to a reduction in kerb weight, the 320d is now faster and more efficient than before.

With the excellent eight-speed automatic gearbox it's even more economical, but the 2.0-litre diesel can still accelerate from 0-100km/h in 7.6 seconds. But it's not only the spread of power that impresses, it's also quieter and more refined inside. Part of this is down to the car's newfound ride comfort, which is the best we've experienced on BMW's compact exec so far - even with run-flat tyres.

All cars come with Driver Performance Control, which includes stop-start and the ECO PRO mode, which uses a visual indicator to show how efficiently you are driving. Best of all, it actually tells you just how many miles you have added to the car's range by being gentle with the accelerator pedal.

There's a variety of optional chassis enhancements, including variable ratio steering and adaptive dampers - both of which were fitted to our fully loaded test cars. If you've got the money, then they're certainly worth having. But regardless of these options, underneath all of that it's clear the 320d's chassis is perfectly balanced and offers plenty of grip - it's certainly the most engaging car in the sector.

Basically you now get more than before, and there's an even larger range of optional equipment to choose from, including a full colour head up display, a foot operated boot release, in-car internet, real time traffic information, surround view cameras and high beam assist.

And the 1 Series donates its 'Lines' concept as well, adding Modern, Luxury and Sport to the usual ES, SE and M Sport line-up.

BMW's ECO PRO mode has already been seen in the new 1 Series, and promises to save around 10-15 per cent in fuel consumption. Not only does it act as an indicator of your driving style, but influences the engine management, shift patterns of the automatic gearbox, throttle response and the power management of the electrical functions such as the air conditioning and heated seats etc. It certainly seems to work, and after ten minutes with it activated we added over 16 kilometres to our range without even noticing.

It's true, the best just got better - thanks to a raft of new technology, the BMW 320d is now more efficient and frugal than ever before, despite sharing the same basic engine as its predecessor. But it's also more comfortable, better equipped, neater looking and sharper to drive, which is why it returns straight to the top of its class.