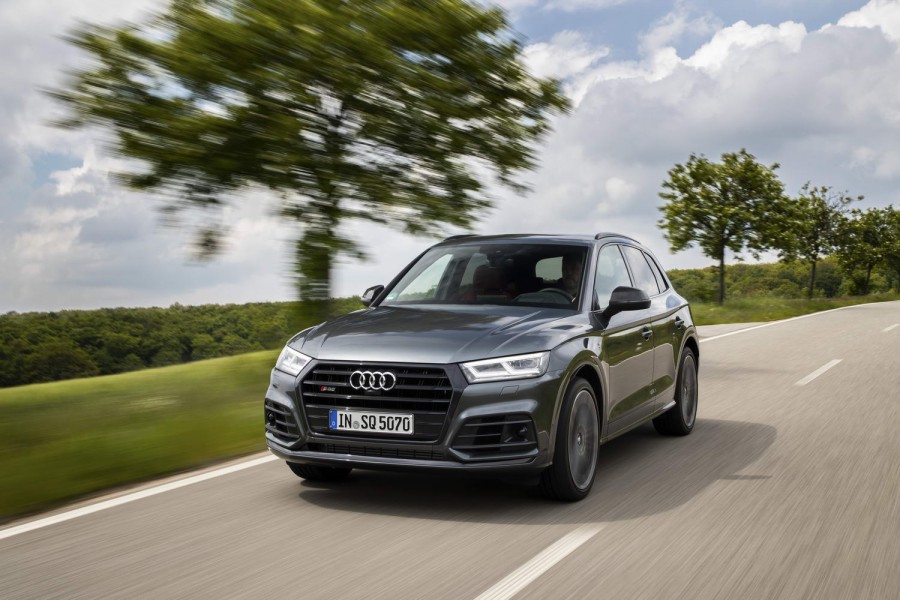 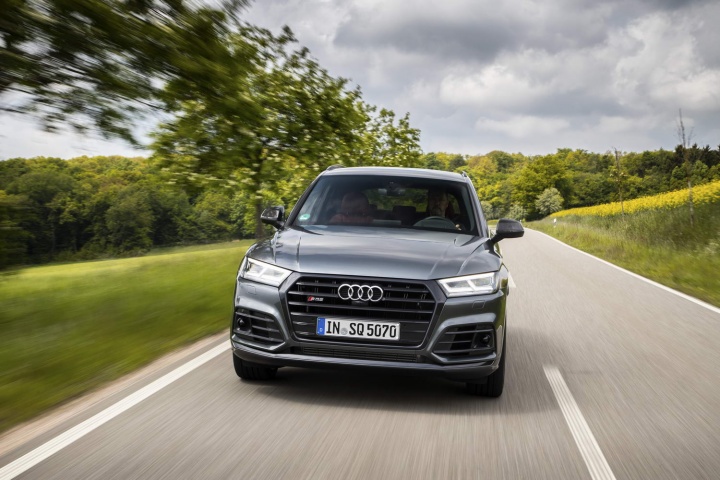 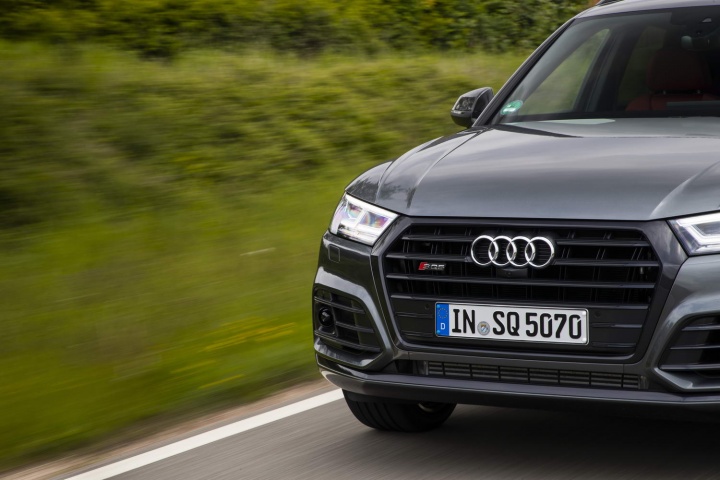 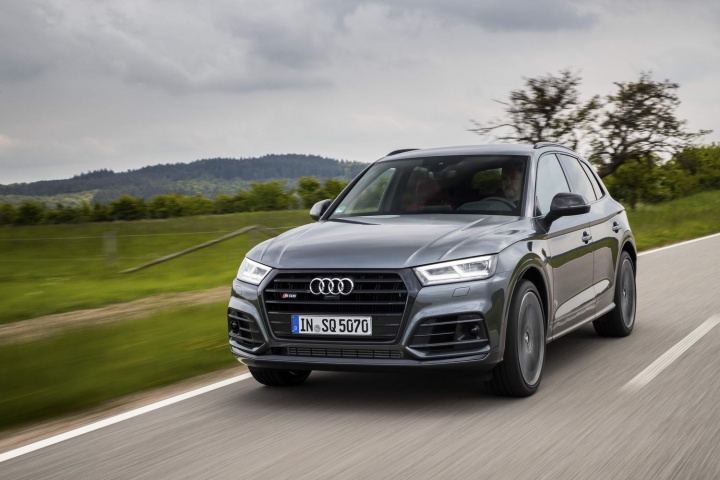 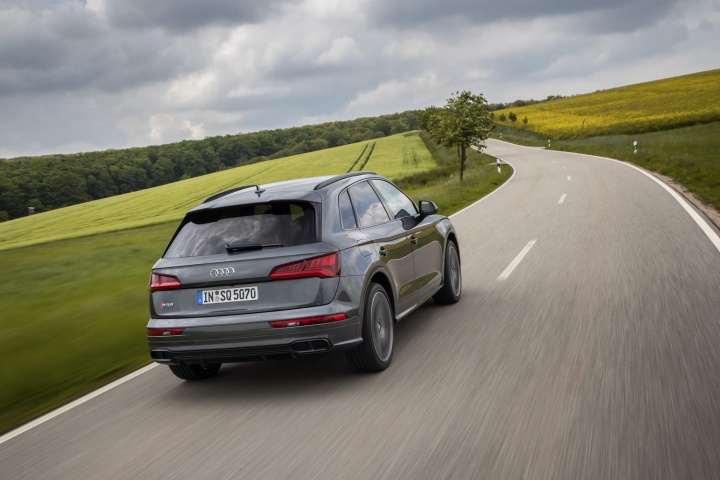 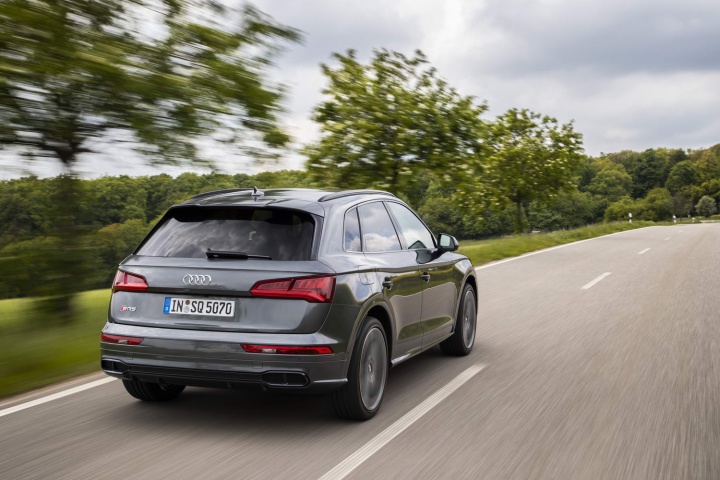 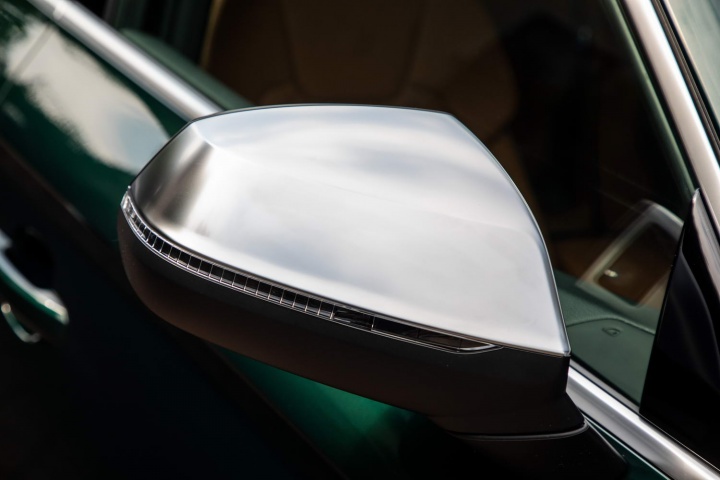 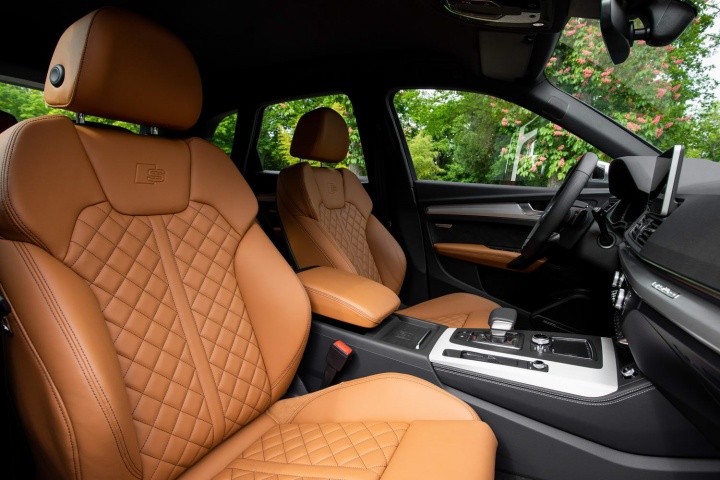 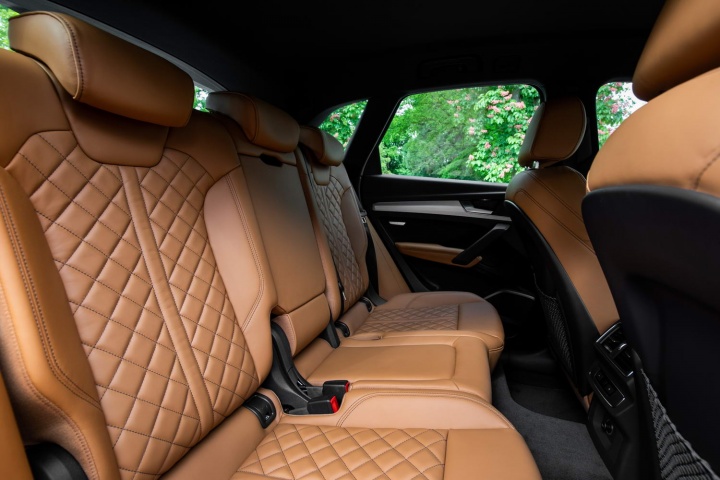 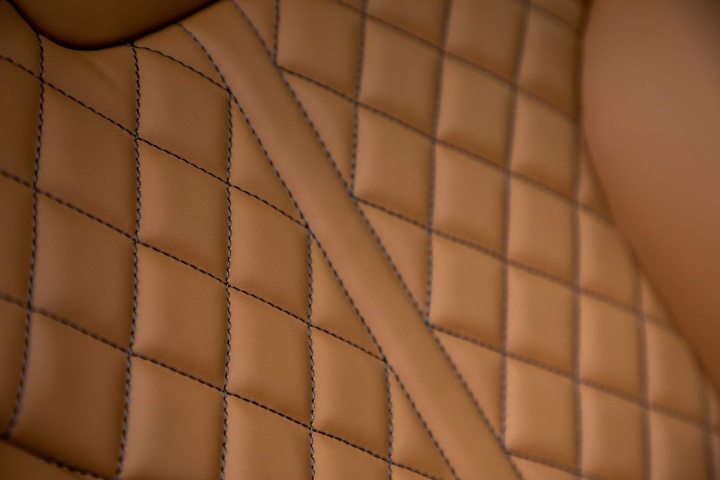 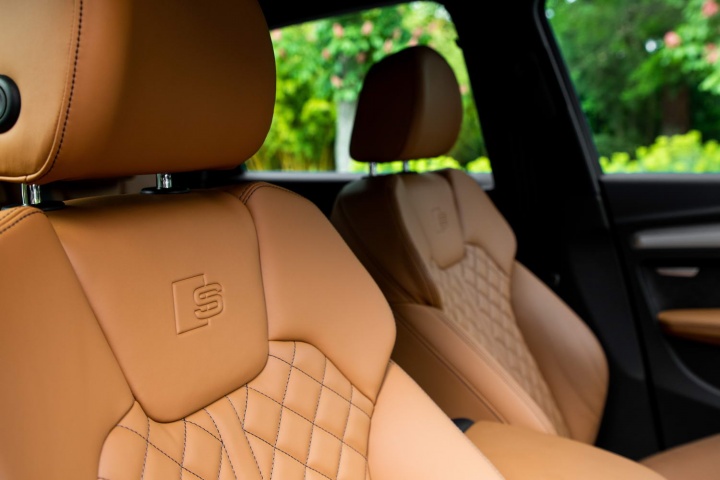 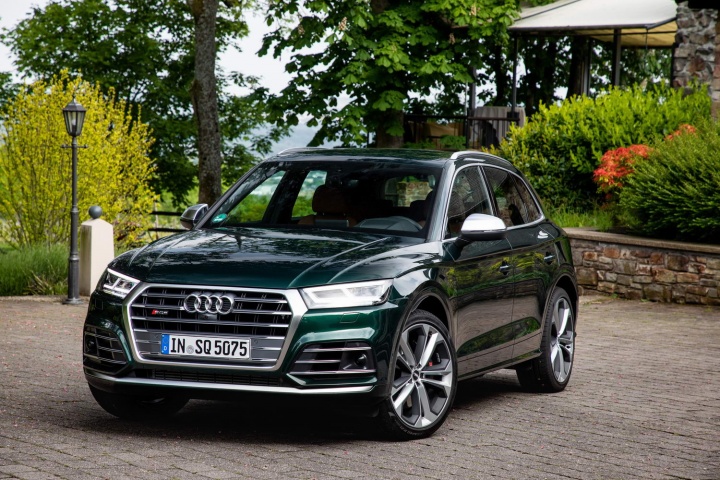 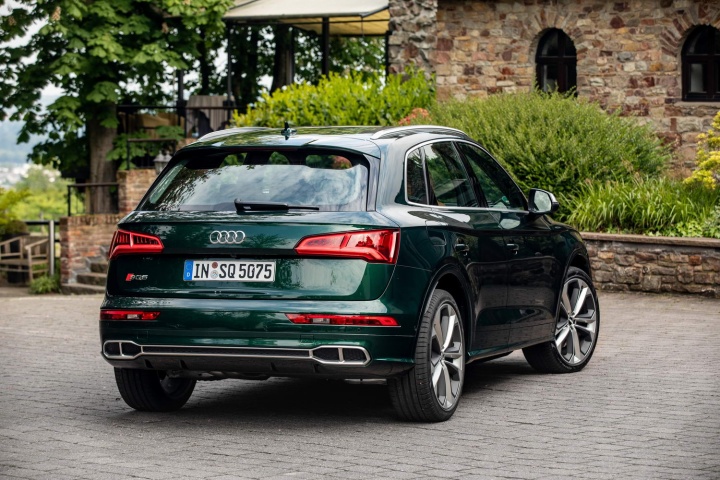 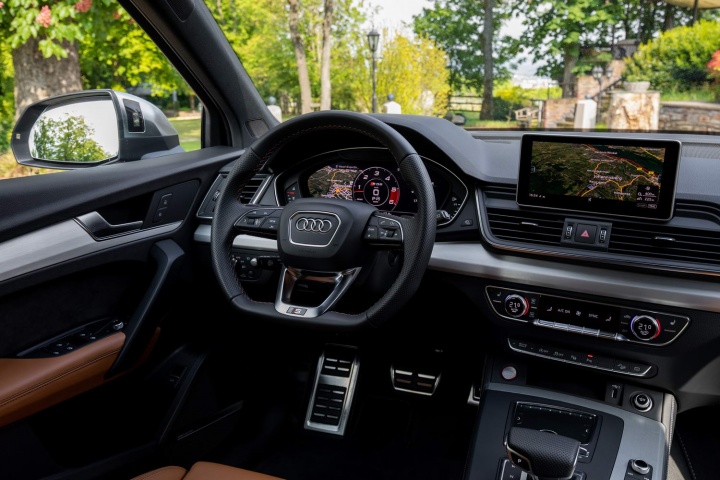 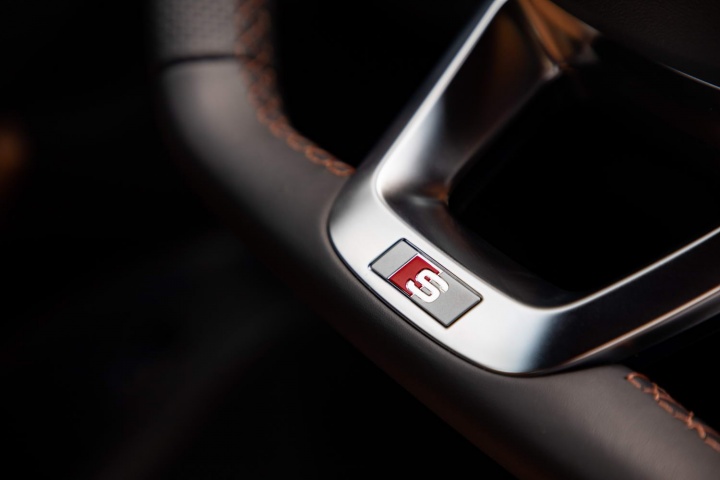 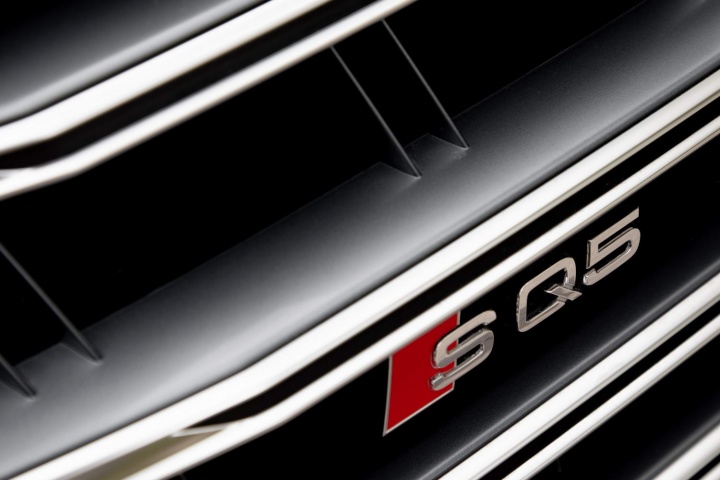 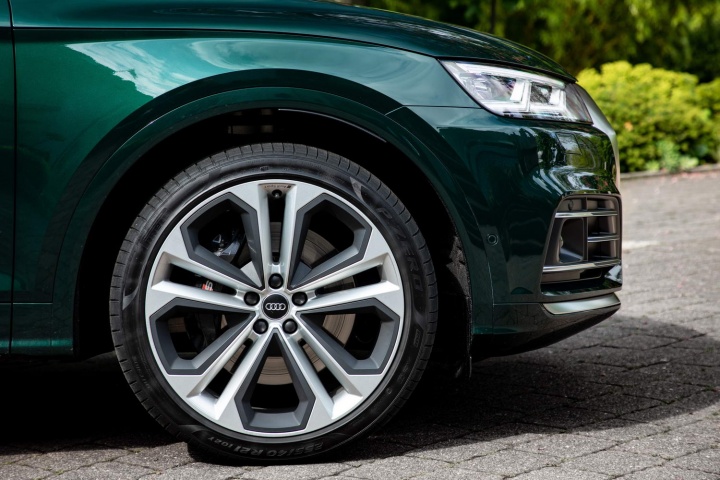 We finally 'get' the Audi SQ5 Mk2 on Ireland's shores, as the model's short-lived time as a petrol vehicle (which we didn't take, in any case) is over. Great news, then, as some of the SQ5 Mk1's magic is restored with this TDI powerhouse.

There are absolutely no differences between the Audi SQ5 TDI and the TFSI model that preceded it - so click on the link in the intro above to get the full rundown on how the SQ5 looks, inside and out. Safe to say that we like the appearance of this hot SUV, save for the false quad exhausts faired into the rear bumper's lower valance; they're ported over direct from the TFSI model and they're still unfathomable, although (as the SQ5 is now a TDI) it's probably slightly more tolerable that the real pipes are hidden underneath the rear of the car, pointing down at the ground.

Everything we said about the SQ5 during the first drive of the TFSI version in 2017 stands true, except for these four facts: the engine's better; the soundtrack is better; the brakes are better; and the steering's better.

Thus, the SQ5 TDI is just... better than the TFSI. And it feels every bit as good as the SQ5 Mk1, a vehicle that defined the mid-sized premium performance SUV marketplace while it was on sale. This 3.0-litre V6 TDI with the 48-volt mild hybrid system and electrically powered compressor (EPC) to reduce turbo-lag is exactly the same unit that is finding its way into all other S-model Audis at the top end of the tree. Like the S4 and S5, which are inbound, and the S6 and S7, cars that we drove on the same event as the SQ5 TDI, it musters up a fulsome 700Nm of torque as back-up to a peak output of 347hp here; weirdly, that's 2hp down on the engine's same application on the S6 and S7 models, which is down to the relative shortness of the SQ5's exhaust.

Nevertheless, it's unquestionably the powerplant this SUV was born to have. The TFSI was ridiculously meek of voice for a 354hp rapid-SUV, but there are no such complaints about the TDI example. Again, differing from the S6 and S7, the SQ5's soundtrack is a lighter, less bass-rich tune, but it is no worse for it. Amusingly, given the softness of the SUV's suspension, full-bore acceleration will make the SQ5 squat down - yet this, and added pitch/roll when it's cornering fast, only heightens its hilarious sensation of speed. The brakes no longer feel spongy and ineffectual, while the steering is more positive and reliable, although it still has a numb patch about dead centre that isn't present on the S6 and S7. But all the agile chassis goodness of the Mk2 SQ5 is preserved despite the shift to a heavier diesel lump up front, so the TDI variant is a delight to drive quickly.

It is, of course, also simply lovely to travel in when you're not hurling it around like an S3 on stilts. The automatic gearbox slushes gearshifts unobtrusively, the ride quality on the (optional) adaptive air suspension is magnificent and the engine (in Comfort mode) can die away to a background rumble, making the SQ5 quite the debonair cruiser when it needs to be. Which, in owners' hands, will be far more often the case than it'll need to be hurtling up a mountain road like the driver's pants are ablaze.

Audi equips the €89,000 SQ5 TDI with 20-inch alloys, Audi Beam headlights, Audi Phone Box with wireless charging, the 12.3-inch Audi Virtual Cockpit, front Sport seats with an S-embossed logo, LED lights all round, adjustable damper control suspension, MMI Navigation Plus and Audi Connect Infotainment as standard, making this a plush, well-stocked family machine. Indeed, the only thing about which you might raise a minor complaint relates to the SQ5's interior, as it doesn't enjoy the three-screen cabin of the latest Audi models, still operating with the older central MMI screen standing atop the dash. Despite this, it's a superb interior overall and the SQ5 feels worth its robust asking price.

If you want a five-seat performance SUV from the premium class, the Audi SQ5 TDI is the one to go for. It blends the frugality of diesel power with the sort of potent pace you'd expect of something with nigh-on 350hp, and also chucks in a high-quality interior ambience with loads of practicality and handsome aesthetics. Slightly underwhelming as a TFSI, the SQ5 Mk2 has come of age as a turbodiesel - we love it, and we reckon you will too. 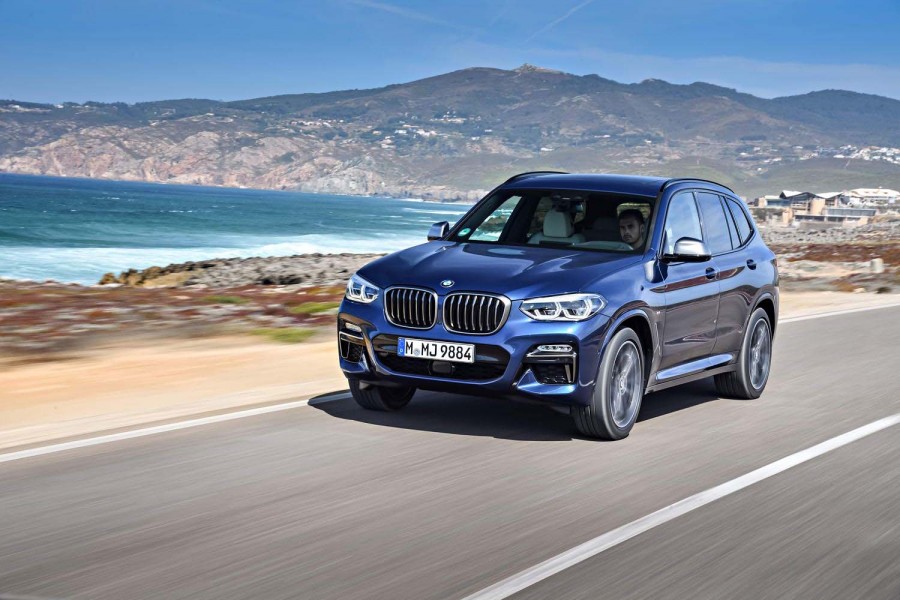 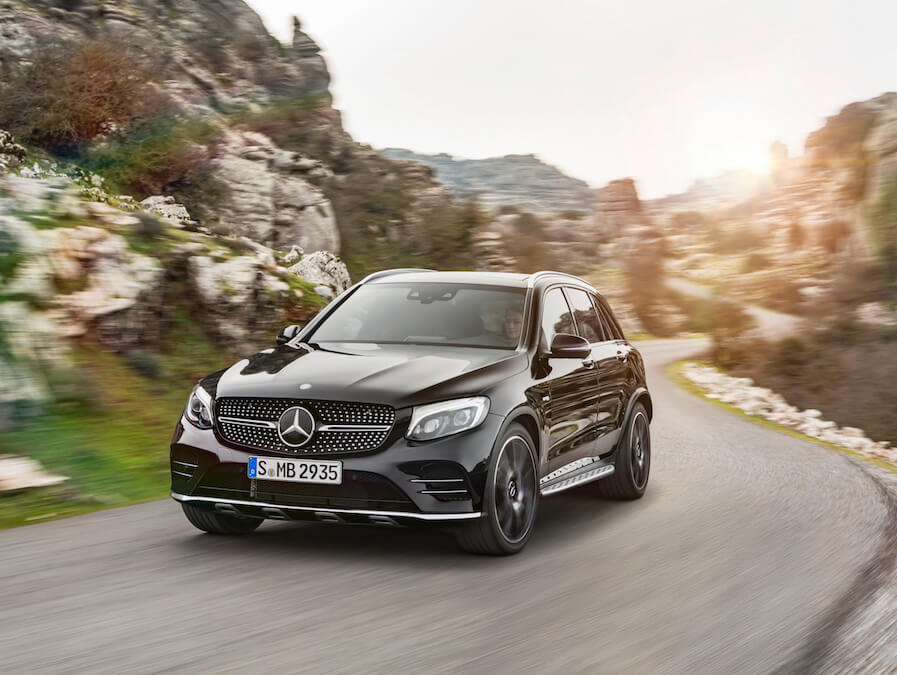 Mercedes-AMG GLC 43 4Matic review
Mercedes-AMG GLC 43 vs. Audi SQ5 TDI (2019): Mercedes doesn't do a hot diesel version of the GLC, so the lesser '43' model of the AMG twins is the alternative. Super-rapid and charismatic, but petrol drivetrain makes it very expensive to run. 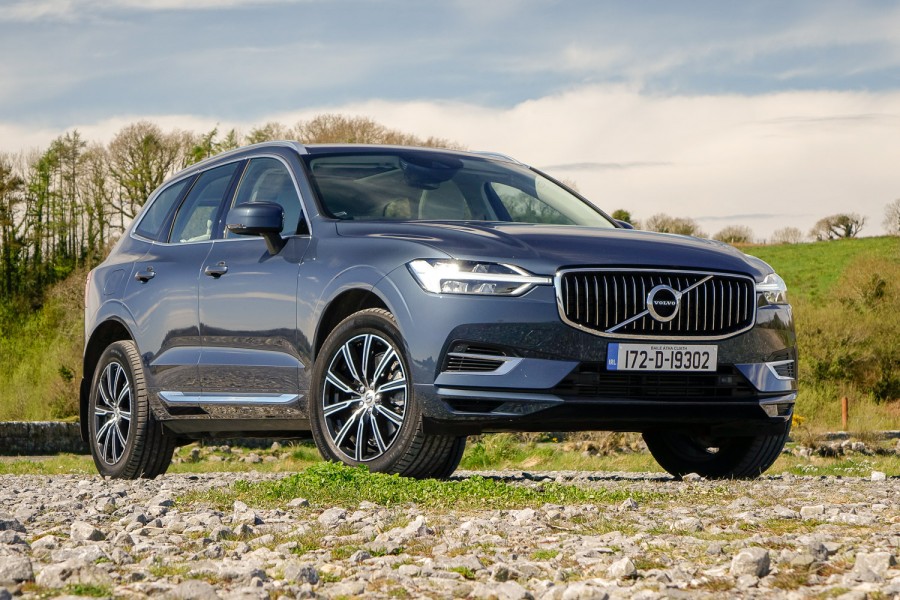