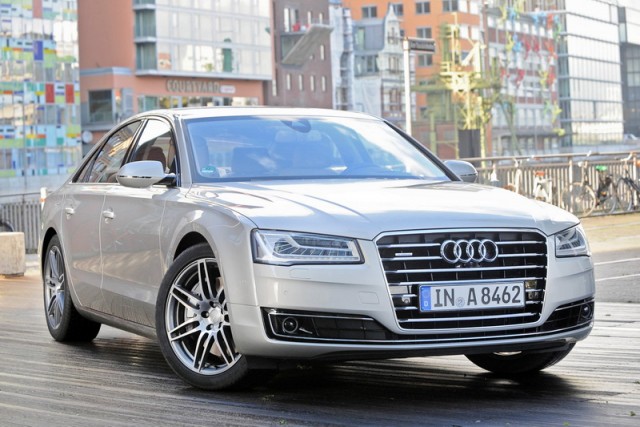 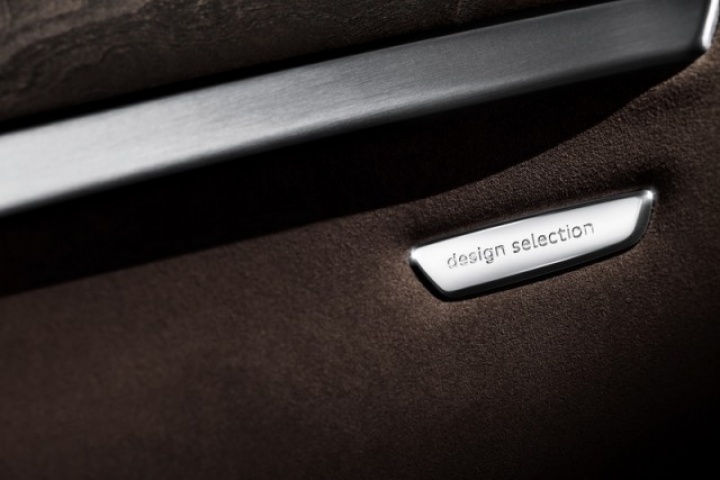 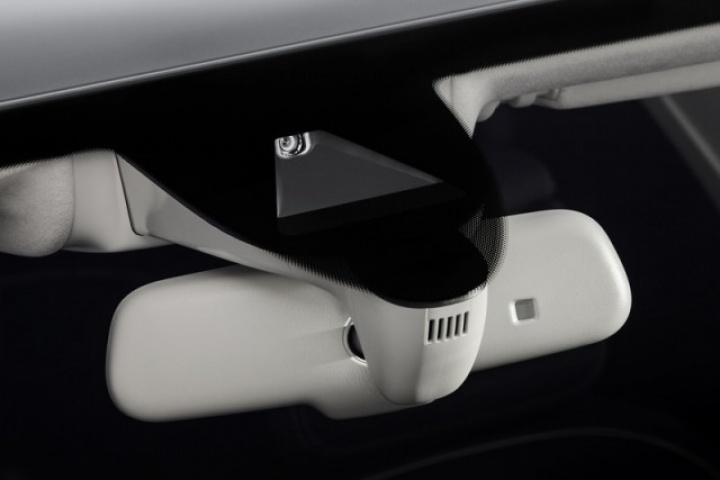 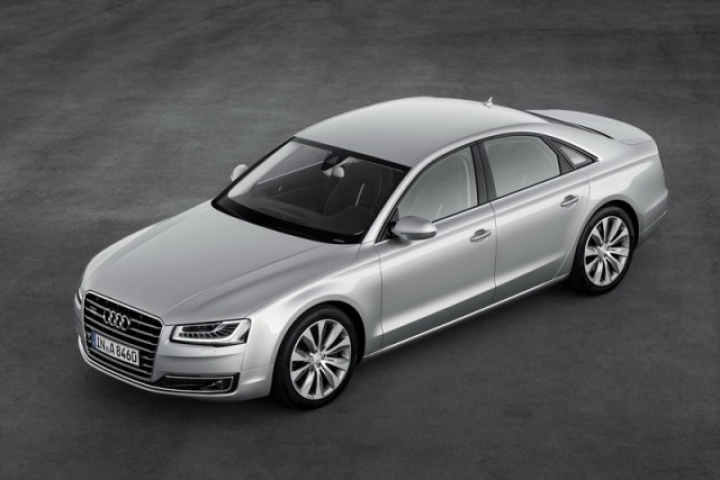 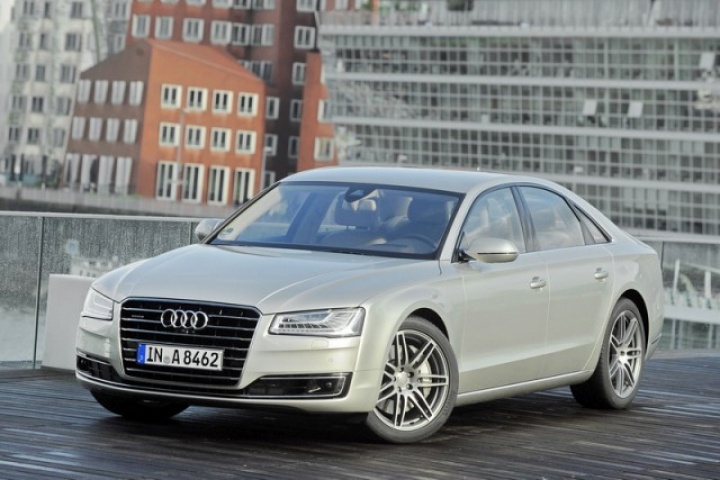 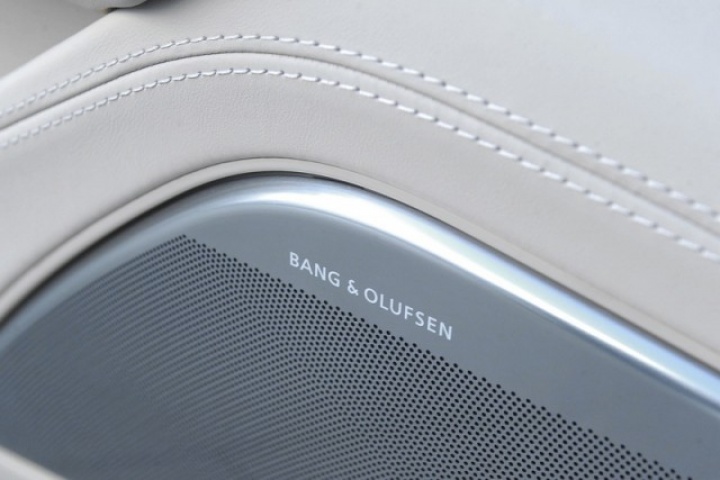 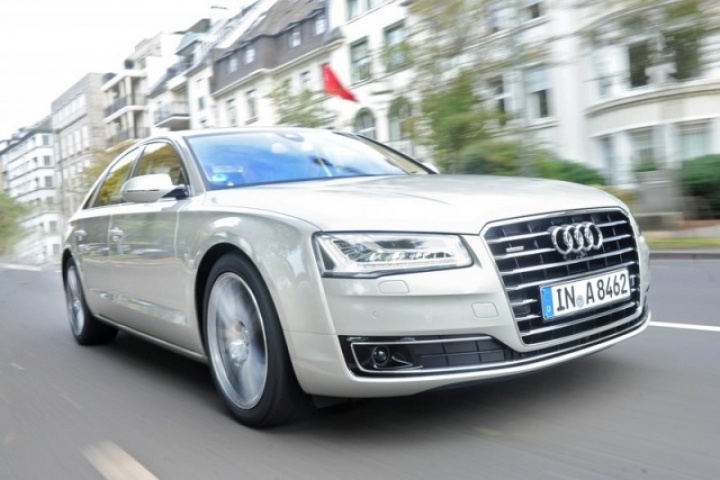 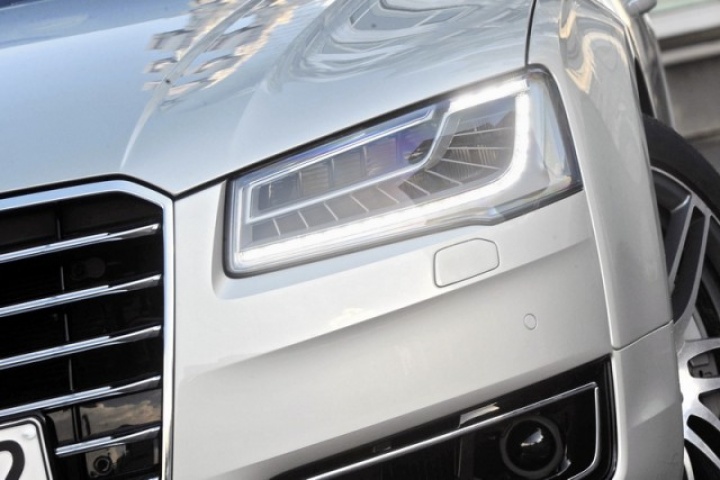 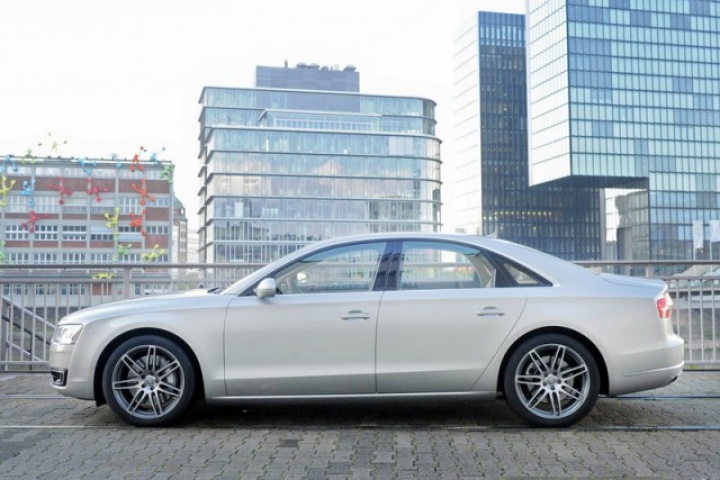 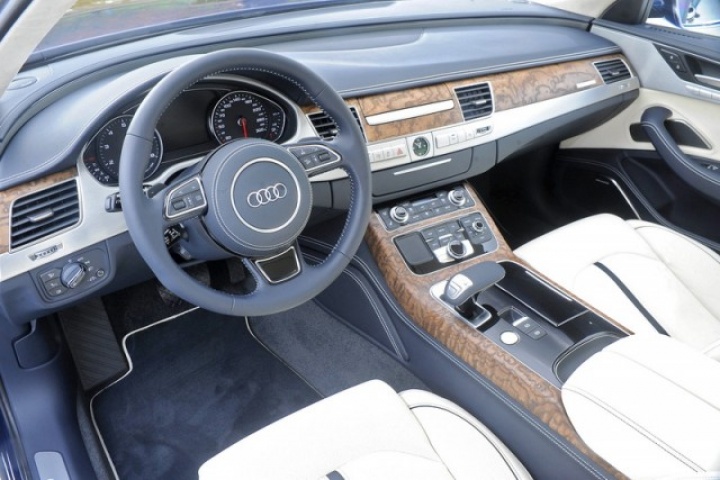 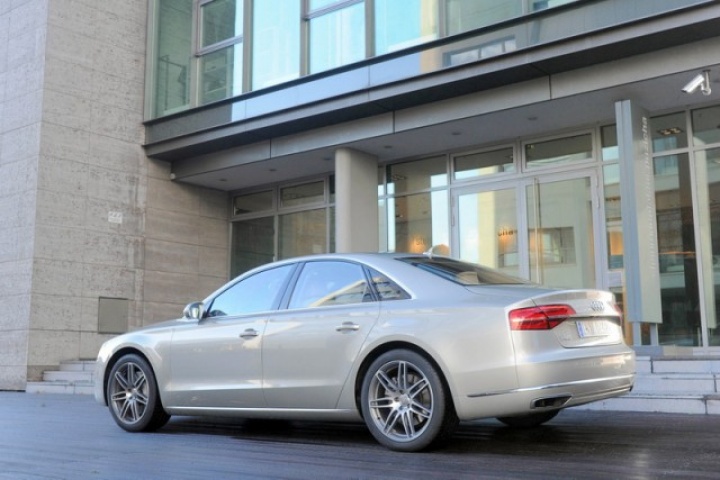 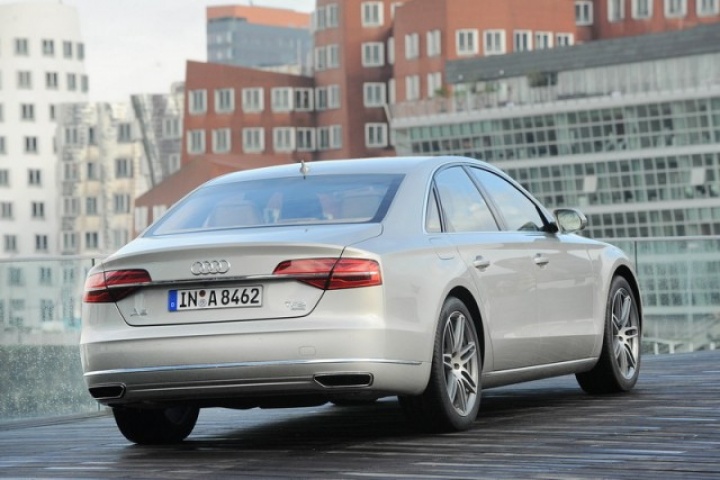 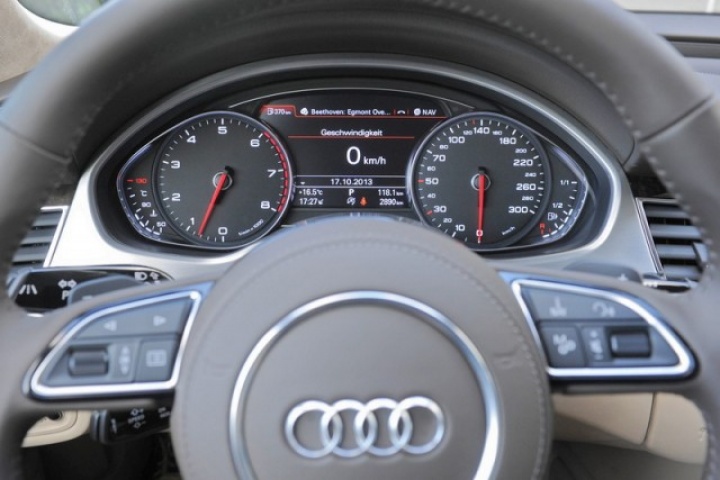 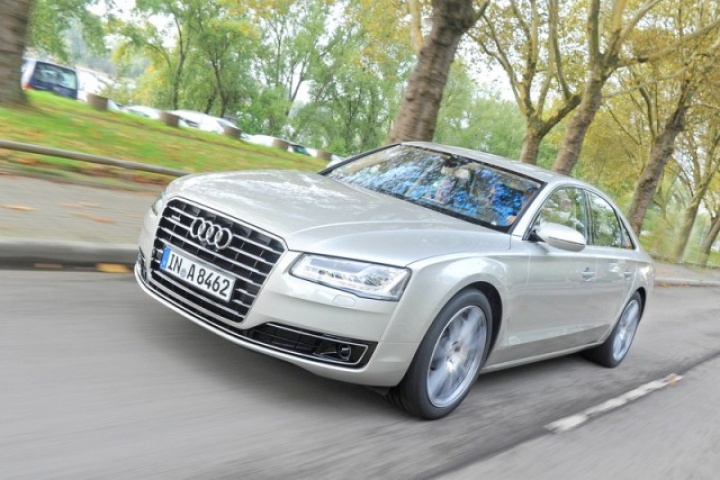 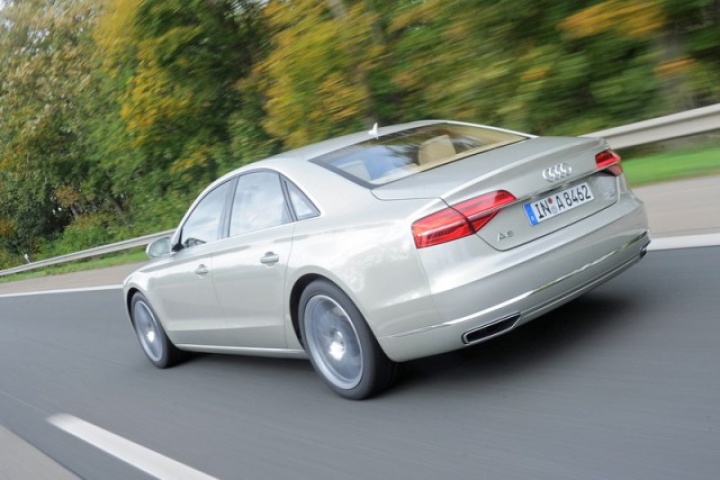 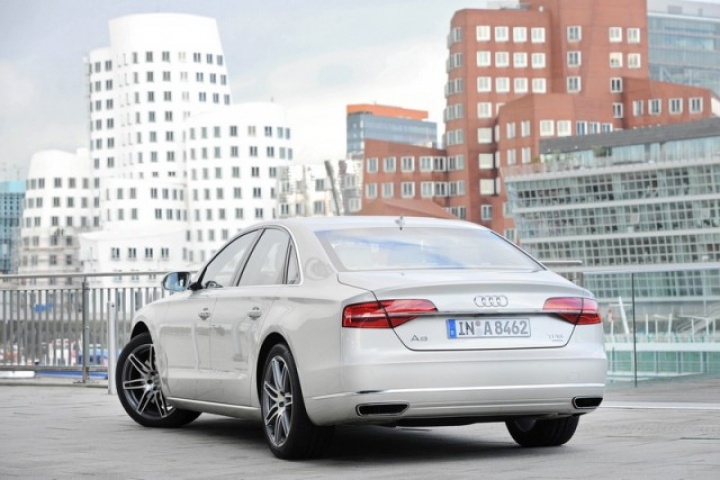 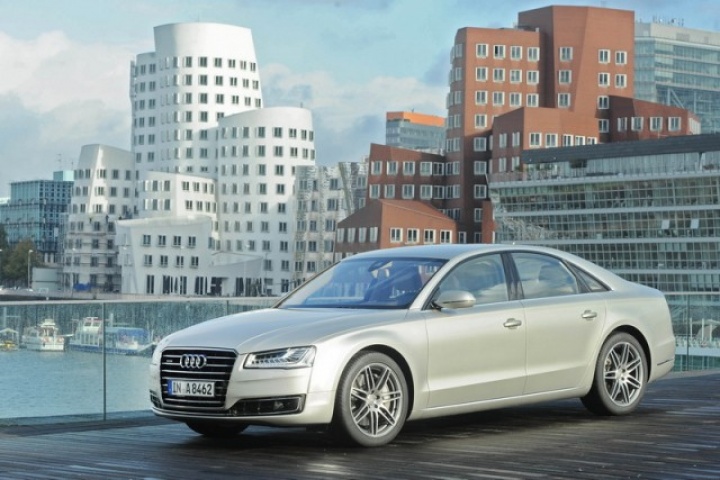 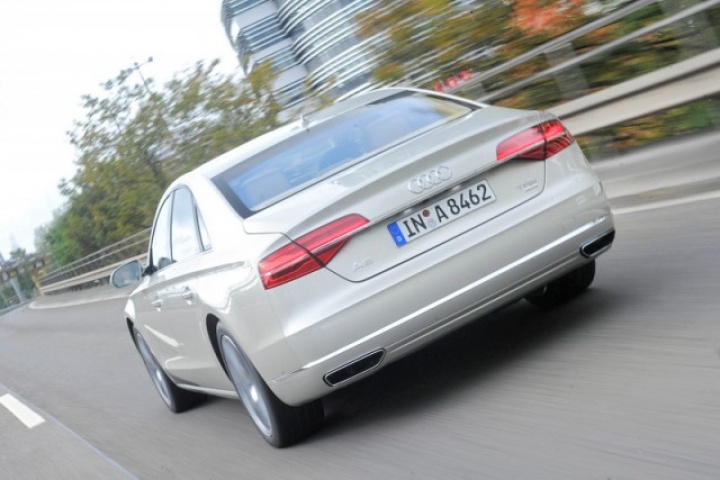 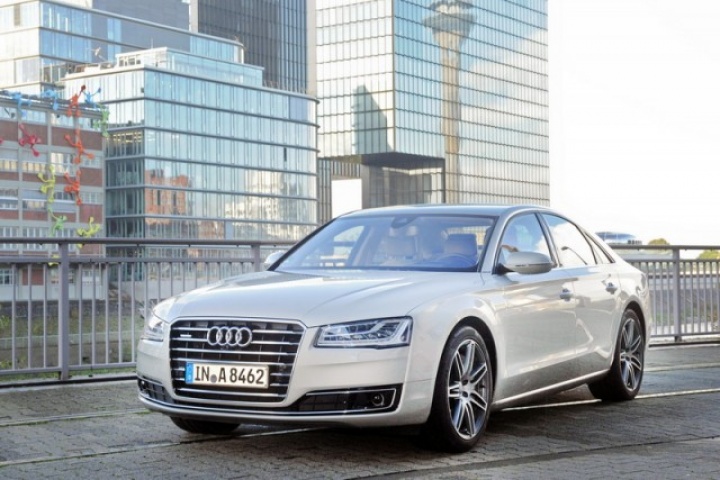 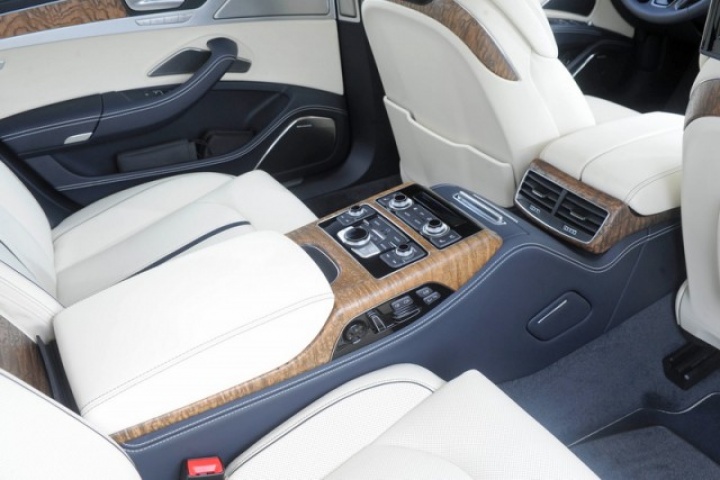 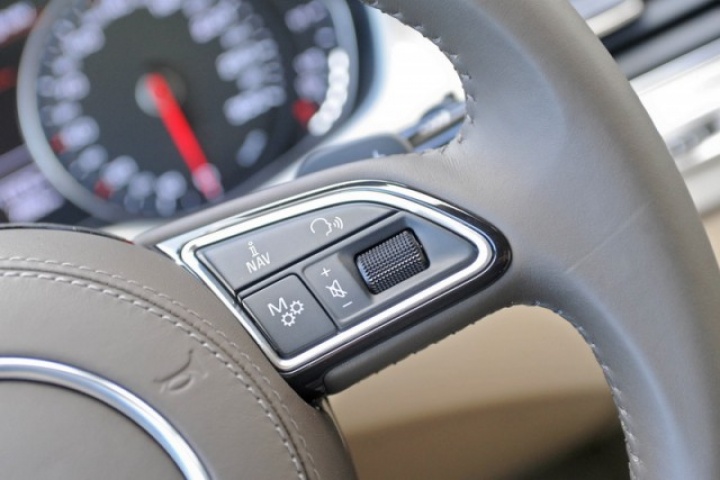 Audi has updated its flagship model, not only cosmetically, but also to incorporate new technology.

Audi's A8 saloon, now in its fourth generation, has received a raft of updates and some new technology in a bid to stay ahead in what is a small, yet fiercely competitive segment. With its latest offering, Audi is hoping that it will continue to appeal to drivers and passengers alike.

Audi has used a scalpel rather than a hammer and chisel in order to update its range-topping A8 saloon. The front of the A8 has received subtle tweaking that includes a redesigned bonnet to give it a broader look, as well as a new front grille and headlights that appear flatter in appearance. Not much has changed in terms of side profile barring some minor tweaks to the finishes applied to the window frames and inserts. At the rear a similar styling exercise as the front has been carried out, which leaves the A8 with a rather boxy rear-end and is probably the most divisive aspect of this styling update.

As is now expected, Audi has once again excelled itself when it comes to interior craftsmanship and finish. The seats support well and are electrically adjustable in a number of areas while the optional Comfort Seats add 22-way adjustability. Naturally with a car in this class the buyers become more discerning and so demand high standards inside the car. In the case of the long-wheelbase version, reclining rear seats featuring heating, air conditioning and massage functions are available, as well as a front passenger seat that slides forward, folds down and lowers a foot rest for whoever is sitting in the rear. This does of course render the front passenger seat useless, but that's not the concern of those in the rear. Audi is also now offering a new type of leather, which uses more natural processes in its treatment, making it kinder to the environment, as well as giving an even more natural look and feel.

Travelling long distances in the Audi A8 is an incredibly easy thing to do thanks to its well-insulated cabin and comfortable seats. From a driver's perspective, the layout of the controls is intuitive and well thought out. The simply designed instrument cluster is easy to read at a glance, but does still manage to relay a considerable amount of information to the driver via the screen nestled between the rev counter and speedometer.

Improvements in noise insulation mean the A8 is now that bit quieter on the road, and on motorways it is almost as relaxing from the driver's seat as it is when ensconced in the rear. The 3.0-litre diesel engine creates little din when cruising in top gear - eighth, in case you didn't know - and pulls well should the need for some overtaking present itself. It benefits from an increase of 8hp, but more importantly for Irish buyers, sees a decrease in CO2 emissions to 155g/km, meaning that it now falls into Band C, which is €390 per year. The V6 diesel generates 580Nm too, which sees it get to 100km/h from standstill in 5.9 seconds. In fact it only feels underpowered when you drive the larger 4.2-litre V8 diesel back-to-back with it. That has, frankly, comical amounts of torque.

Despite all the lightweight manufacturing processes used by Audi in creating the A8, when you take on a more spirited driving approach you become very aware of the car's weight. Not to say that the car is not composed, the car's all-wheel drive quattro system takes care of that, but it does remind you very quickly of what it is you're driving. Of course, those who have the desire to drive harder in a saloon of this size will more than likely be looking towards the S8. When driving around town you are very aware of the A8's size, but it does afford the driver reasonably good all-round visibility.

Thanks to improvements in emissions on the 3.0-litre TDI, the A8 is now more affordable than before while it also benefits from slightly lower road tax. Add to this a revised standard specification that now includes LED headlights (previously an expensive optional extra), a full leather interior, electrically adjustable and heated seats and 18-inch alloy wheels.

Prices start at €92,800 on-the-road, though that's for the (almost extinct) 3.0 TFSI petrol model. The entry-level diesel is the 3.0 TDI SE, at €94,080. All versions come with quattro four-wheel drive and an eight-speed 'Tiptronic' automatic gearbox. Trim levels are SE or SE Executive and most models come in regular or long wheelbase body styles. Along with the 3.0-litre petrol and diesel engines there's a 500hp 6.3-litre W12 petrol unit, the 520hp S8 and a 385hp V8 diesel option called the 4.2 TDI.

As many premium brands tend to do, Audi has showcased its latest in headlight technology on the new A8. Called Matrix LED, these new headlight units feature 25 light-emitting diodes that work as the car's high-beam. Through a link with the A8's on-board camera, when an oncoming vehicle is detected, individual LEDs can fade or switch off in order to effectively create a dipped headlight, but only directed at the oncoming vehicle. This continues in a fluid-like fashion across the bank of LEDs as the vehicle passes by.

Since the A8 as we currently know it was introduced in 2010 it has dominated sales in its segment and this new version looks set to continue that trend. It will of course soon face fresh competition from the new Mercedes-Benz S-Class, but for now the Audi A8 is as much a car to enjoy driving as one to enjoy being driven in.