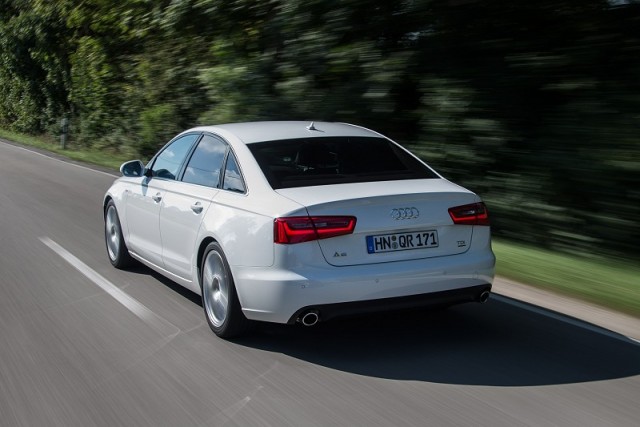 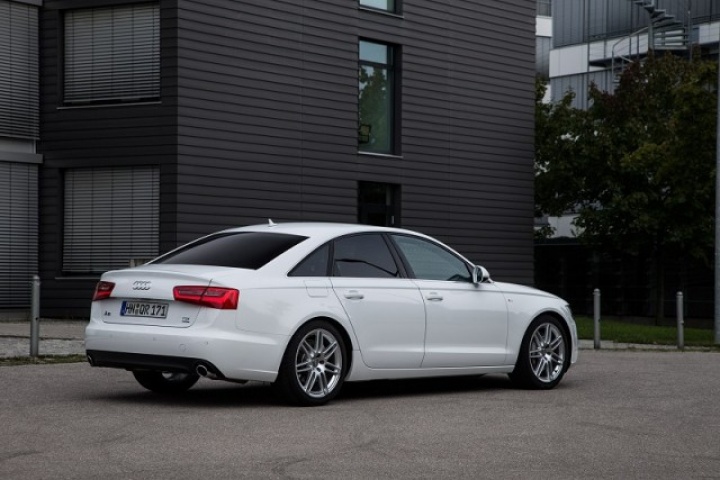 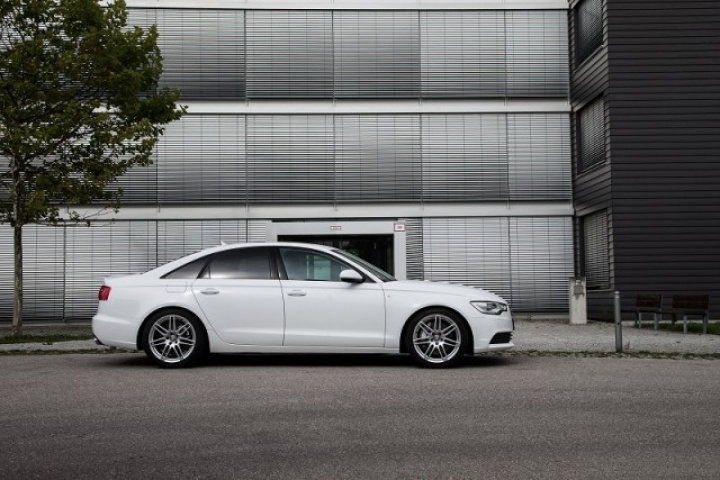 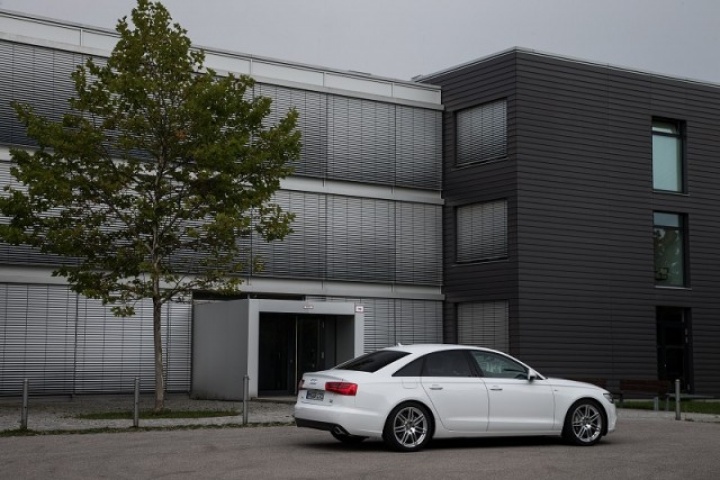 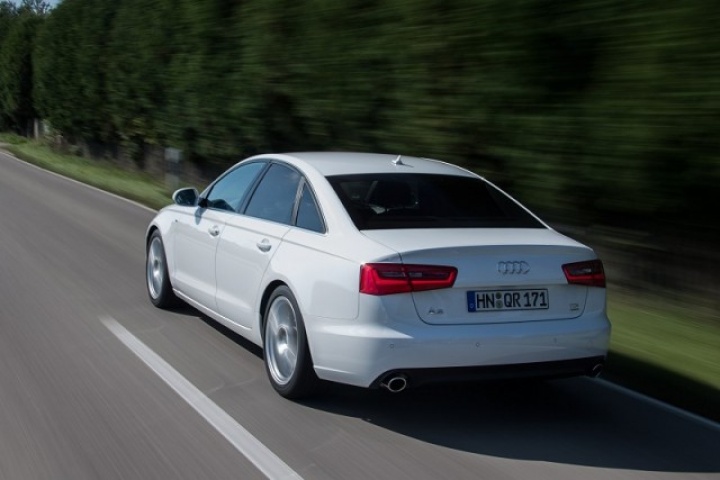 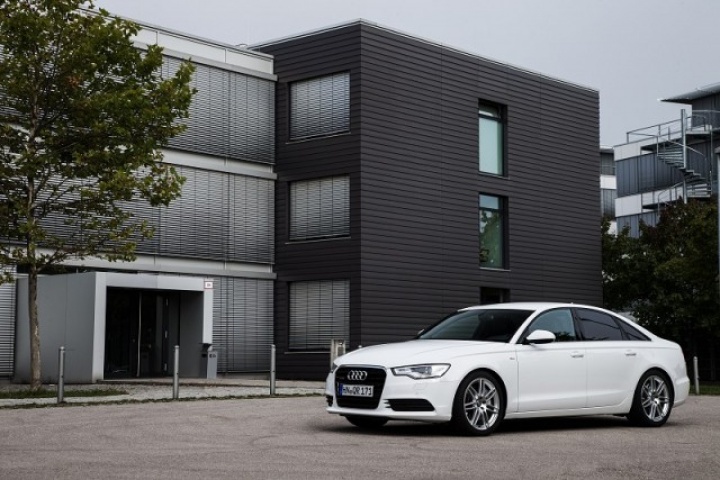 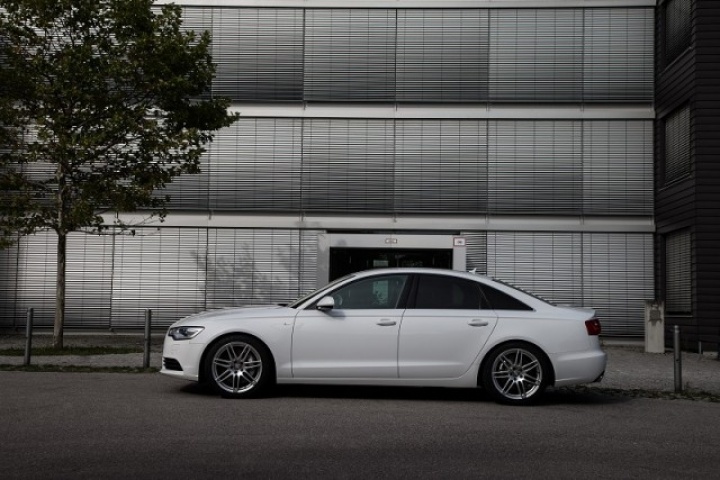 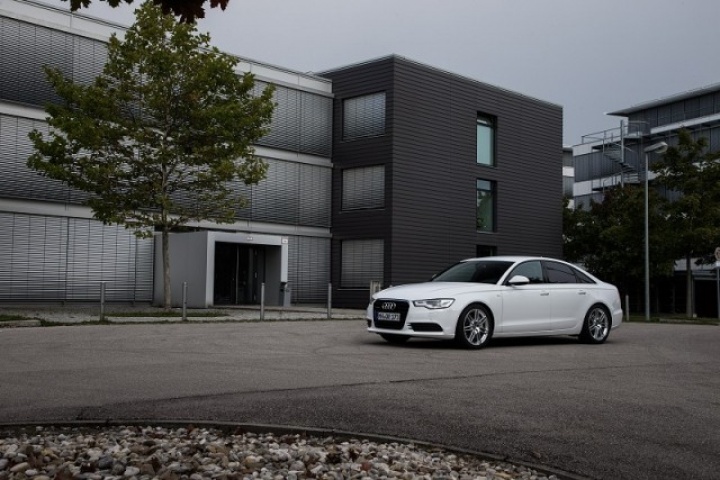 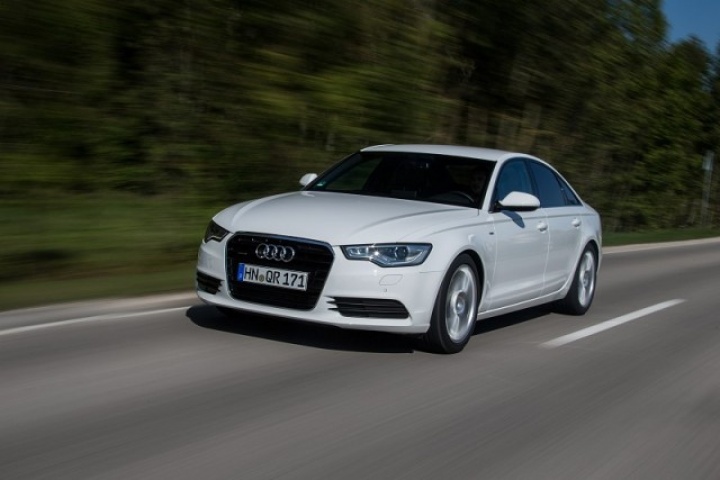 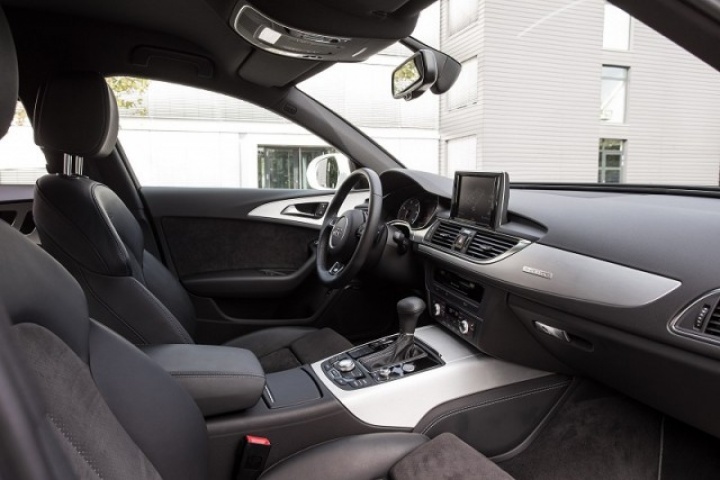 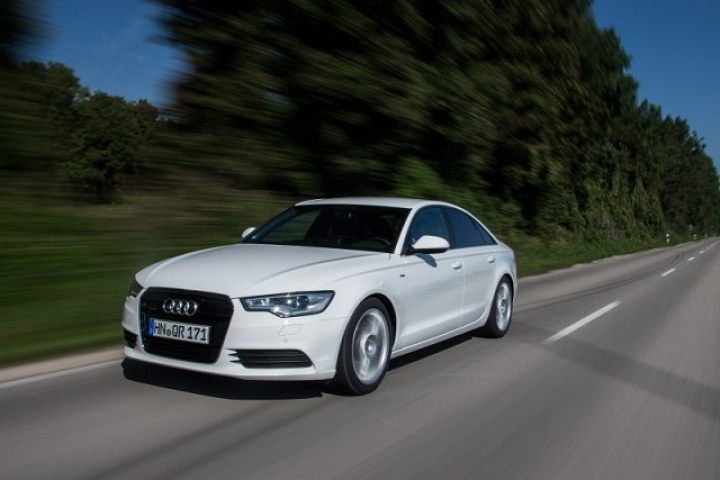 Looks like electricity could power the turbocharger of the future. We tried it out in an A6.

Since the first turbocharger was fitted to an engine engineers have been working on a way to cut out the lag associated with the design. Modern cars do not suffer with the issue as much as their predecessors but the problem still exists - until now. The electric Biturbo concept works brilliantly by delivering the performance expected from standstill -we just have to wait for Audi to put it into production now.

Refined, regal but not particularly exciting; sounds like the report for a standard Audi A6 really. The looks are conservative rather than flash - ideally suited to the office or golf-club car park where even the sight of the discrete Biturbo badge will raise but a few eyebrows. The bragging rights come from the fact that the prototype we drove is not a normal Biturbo.

Audi already produces a Biturbo version of the A6; it's called the TDI Biturbo and was designed to compete with BMW's prodigious 535d, itself a twin-turbo uber saloon. Where the prototype we drove differed from the standard car was, in an attempt to eliminate lag (the pause between applying pressure to the accelerator and the turbocharging spooling up) the smaller, first stage, mechanical turbo has been replaced by an electric item. Turbos, even small ones, need a sufficient build-up of exhaust gasses for them to spool up and charge. At regular driving speeds this is not an issue as spent exhaust gas is routed to the turbo, but at low engine speeds this is not so easy; hence the lag normally associated with turbocharged cars. As the electric turbo in the A6 prototype is driven by electricity instead of exhaust gases it does not suffer in the same way. Audi did not quote exact figures but did say that from standstill an electric Biturbo would have a two-car lead over a conventional Biturbo after only three seconds. Considering that the standard car can complete the 0-100km/h sprint in 5.3 seconds that is no mean feat.

The prototype we drove was fitted with a switch that allowed an engineer to deactivate the electric turbo to illustrate the effect it had on the 3.0-litre V6 TDI. Engaged, it delivered blistering acceleration that verged on that offered by the petrol-powered Audi S6. Disengaged, there was a marked wait for the second turbo to kick in. Obviously, being a Biturbo model to begin with, this turbo is not meant to kick in until 2,500rpm anyway but it did show how much of a torque hole the first stage turbo has to fill.

There is no news yet on when the electric turbo system will make it into production but the Audi engineers did confirm that the system can be applied to either diesel or petrol engines and can (in theory) run as a standalone unit - it is not reliant on there being a second mechanical turbocharger.

Like the standard Biturbo the prototype was fitted with an exhaust mounted resonator that gave the car a sporty, purposeful note even at idle. It does a good job of masking the fact that there is an oil-burner under the bonnet of, what is, the most potent A6 outside of the 'S' model. We just wish it was a real noise...

When car manufacturers first began to discuss future electrical technologies we pictured clean, efficient electric vehicles or hybrids, but by thinking outside the box Audi has managed to extract a performance advantage from electricity. It may still be some years away from production but an A4 TDI with an electric turbo sounds like an interesting proposition.