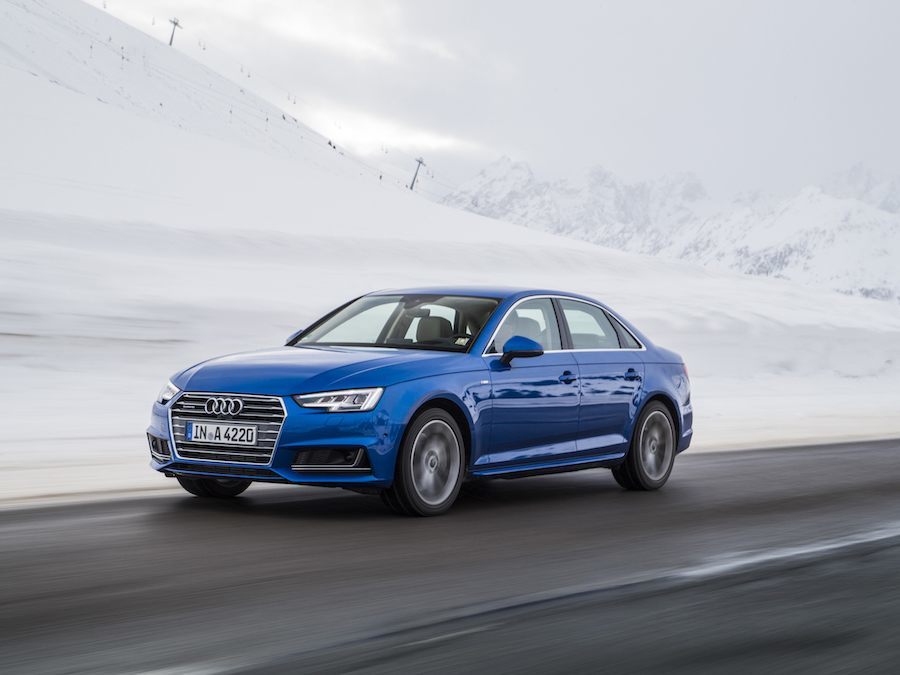 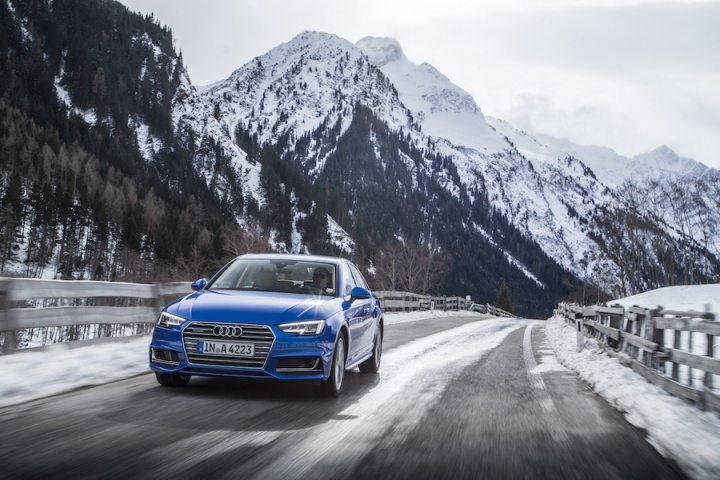 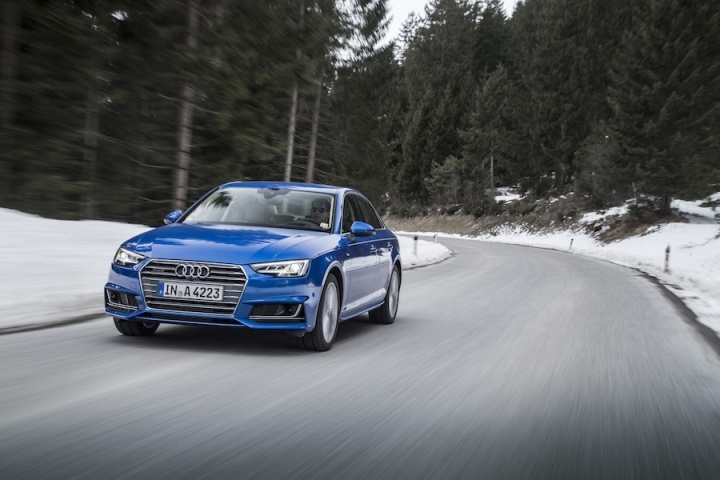 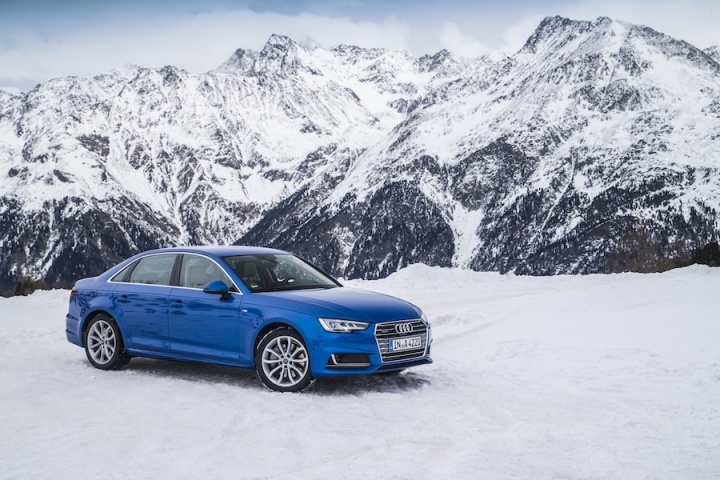 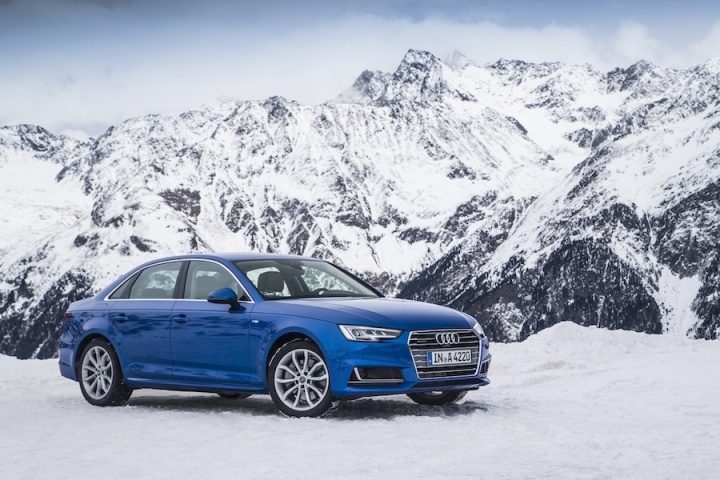 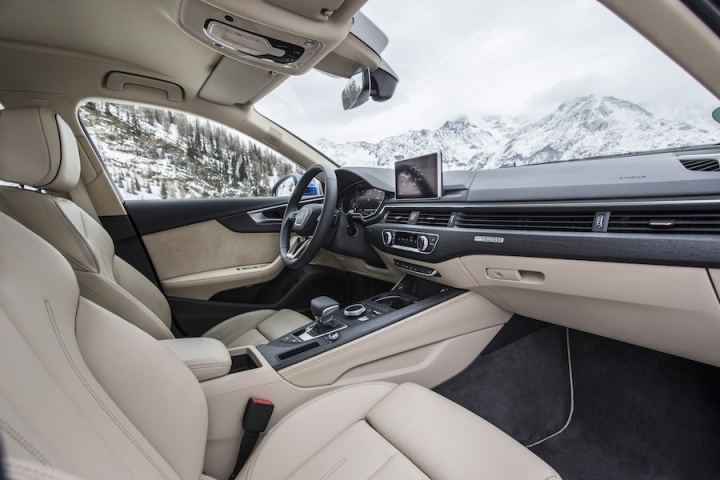 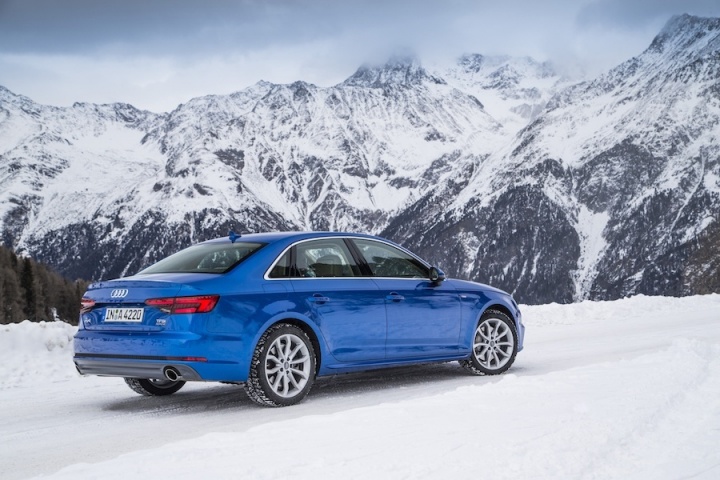 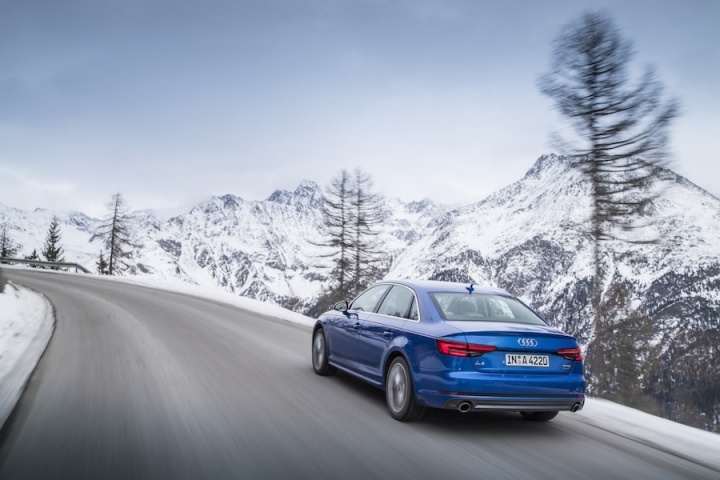 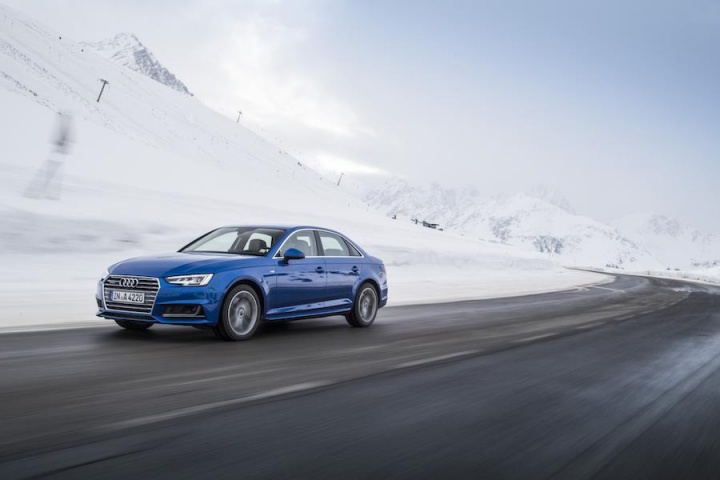 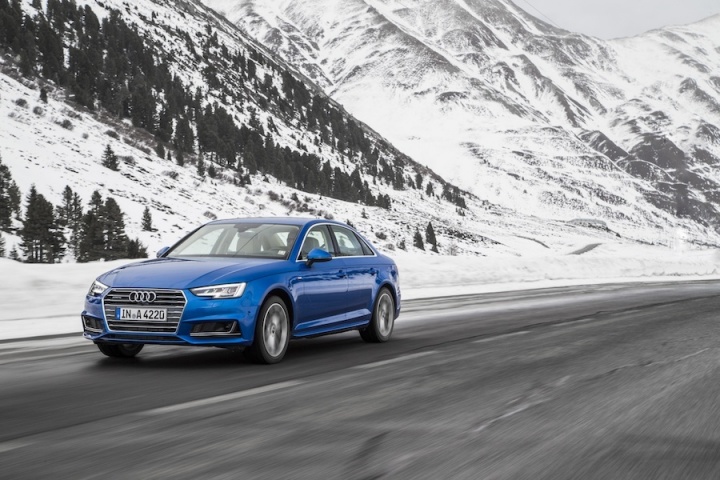 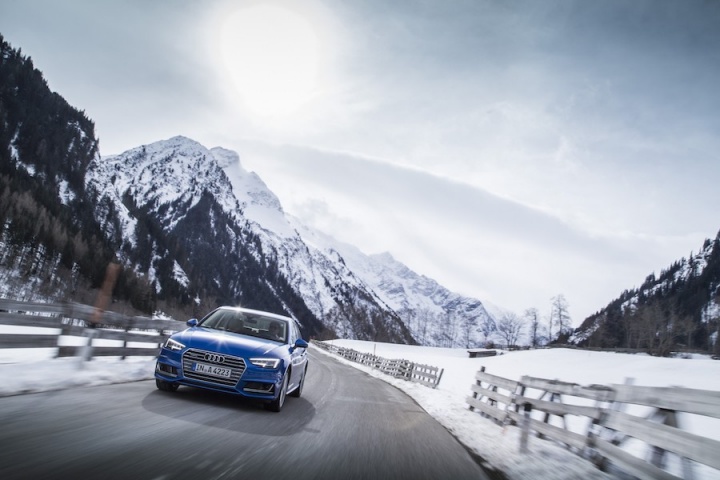 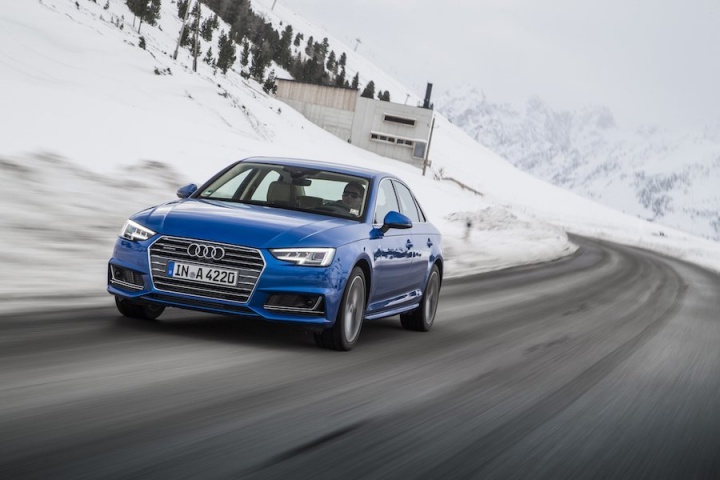 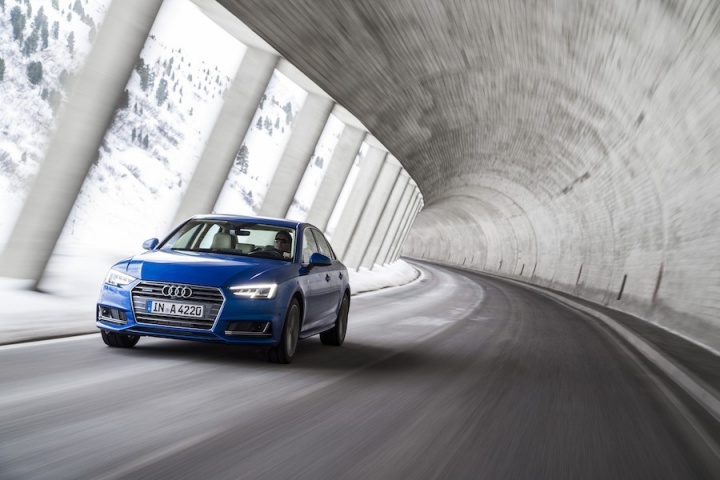 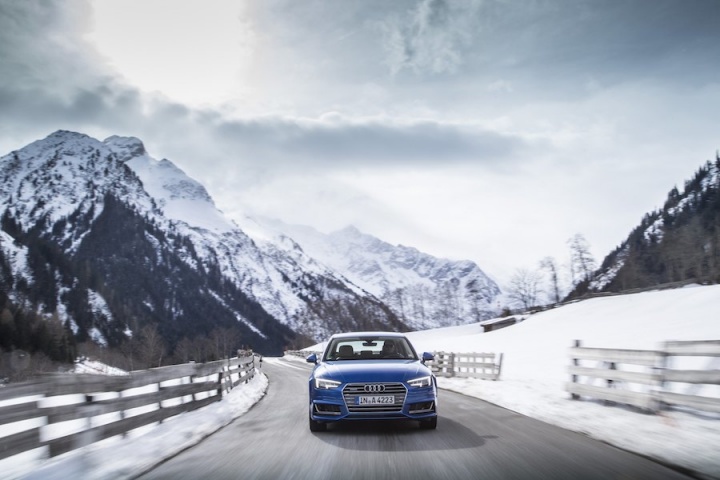 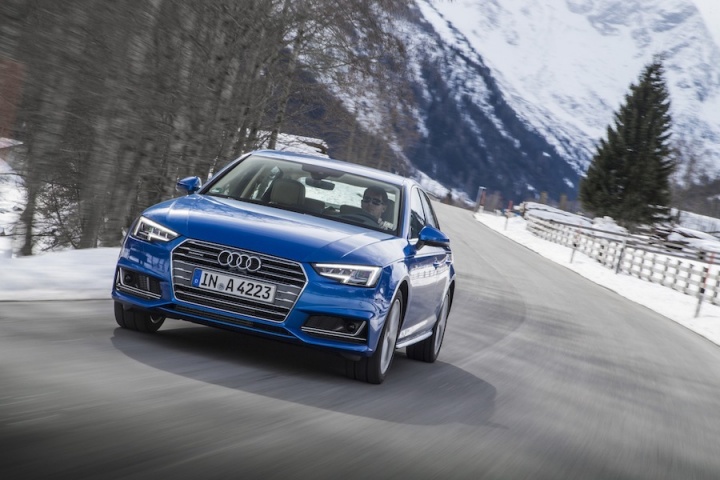 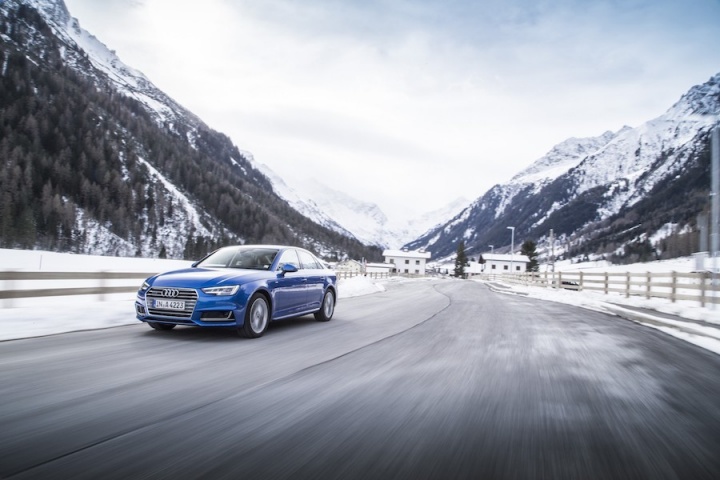 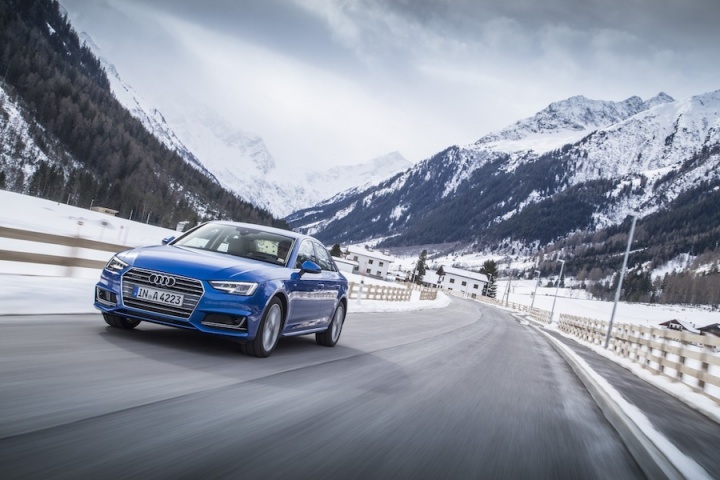 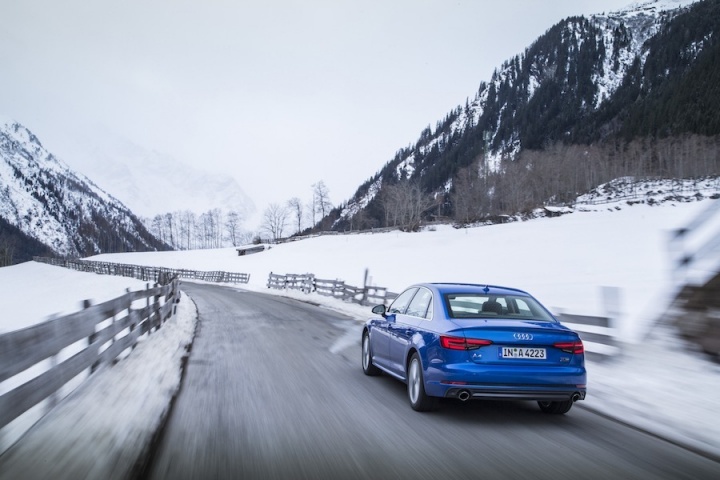 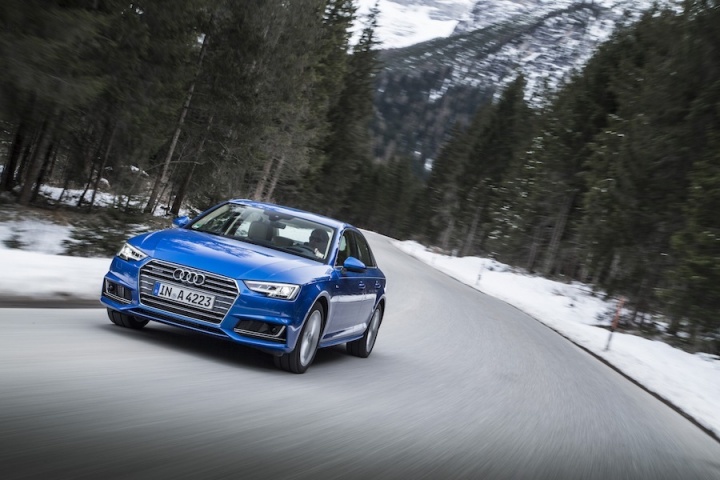 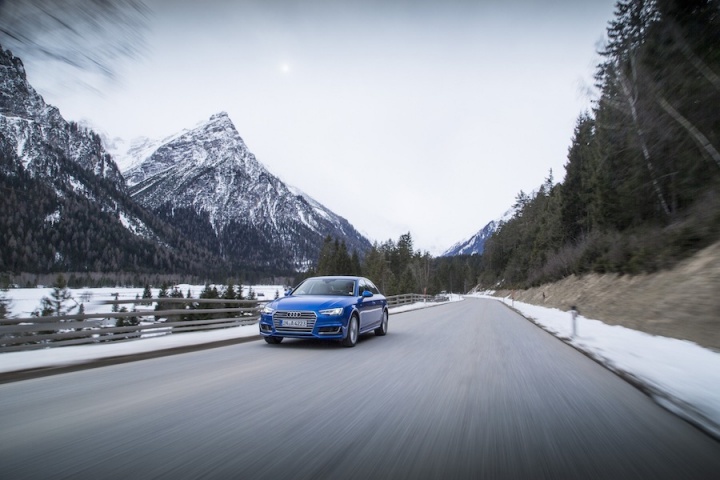 Four-wheel drive and economy have traditionally been poor bedfellows, but Audi's quattro ultra helps change that.

There's an original Ur-Quattro here on display, and judging by the amount of attention it's getting Audi really ought to get around to making a replacement. We've not been sold a dummy; it's here to demonstrate Audi's four-wheel drive heritage, but the 'quattro ultra' tech workshop we're attending is a bit more earnest in its goals than rally championships and Pikes Peak records; it's all about economy.

Audi pioneered four-wheel drive in production cars, something it's justifiably proud of, but four-wheel drive has a problem; it penalises buyers' fuel consumption and emissions. With 43 per cent of all Audi sales having quattro four-wheel drive Audi is understandably keen to do something about that - and quattro ultra is part of the solution.

The technology is complex, but basically the once permanent four-wheel drive of quattro is now part-time. That's a simplistic way of putting it, as Audi's engineers argue that it's still a full-time four-wheel drive system, while in reality it shuts down drive to the rear axle when it's not needed. A myriad of sensors and some clever programming monitors everything from steering angle, throttle position and information from the ESP stability control sensors to predict, by as much as half a second, when drive is required at the rear. On a brief drive of an A4 fitted with the system we found the transition near-instantaneous and all but imperceptible in operation.

Our time at the wheel of the quattro ultra saw it divert power to the rear axle for 50 per cent of the time, though the only reason we know that is because we had an engineer alongside with an iPad, showing us. Otherwise, on the admittedly sedate, though arguably representative drive, the transition from front- to four-wheel drive was undetectable.

The benefits are obvious. Decoupling the propshaft and the rear differential reduces loses due to rotational and splashing (in diff oil) losses. In dry or stable conditions the quattro might only be necessary five to ten per cent of the time, allowing bigger savings to be made. The numbers associated with it aren't huge, Audi saying around 0.3 litres/100km is the typical saving, but that equates to about 7g/km of CO2, which might be the difference for some people between choosing it over a front-wheel drive Audi. The gains can be as much as 0.5 litres/100km, so the quattro ultra's savings are roughly equivalent to those made when power steering systems switched from hydraulic to electric assistance.

Front-wheel drive is used whenever possible, as long as traction isn't needed, though the system diverts drive to the rear in bends to avoid the front-drive characteristic of torque steer. To achieve that the system's processors are monitoring data one hundred times a second. Weidemann admits that it's taken some of the die-hard quattro personnel within Audi time to accept the new system, but the advantages are such, without any apparent compromises, that the system will be in production with the introduction of the new A4 allroad quattro. It will then roll out over the entire range of MLB (longitudinally engined) platform cars, the Audi Q5 next in line, with the A6, A7 and A8 all certain in time to gain quattro ultra. Despite the additional hardware, it's lighter, too, by around 4kg, though it'll only cope with 500Nm of torque, meaning it'll largely be limited to the four-cylinder petrol and diesel line-up.

Now Audi has sorted that out, we'll have an Ur-Quattro homage like the Audi Sport Quattro Concept from 2014 please, and don't worry about the economy...