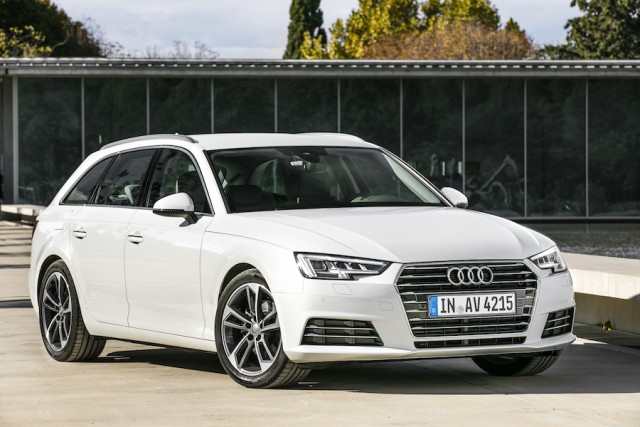 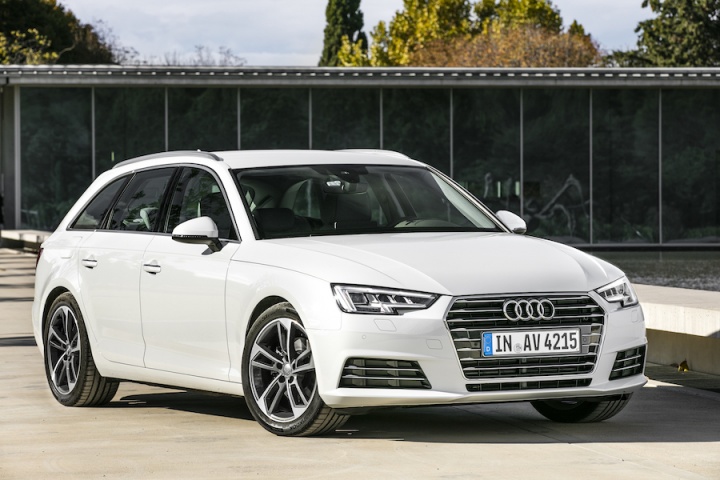 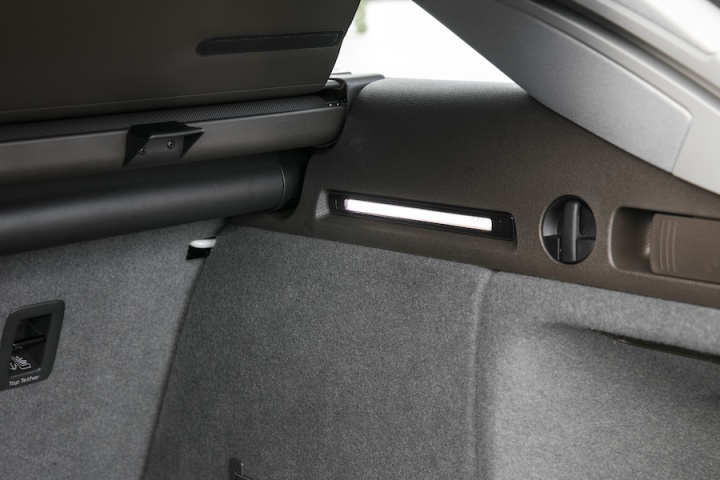 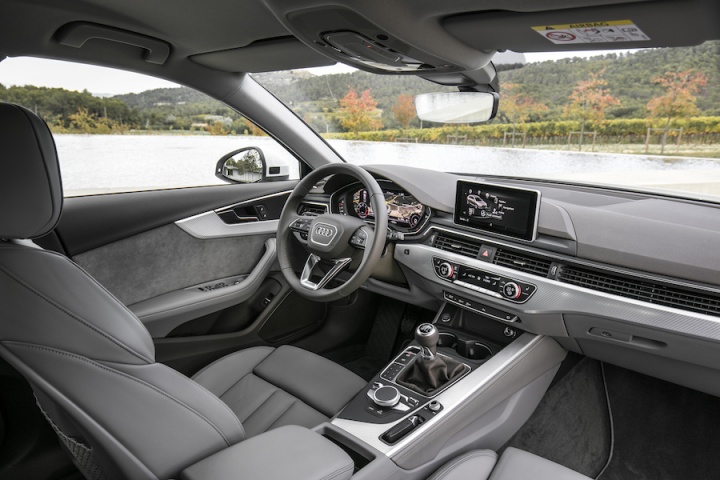 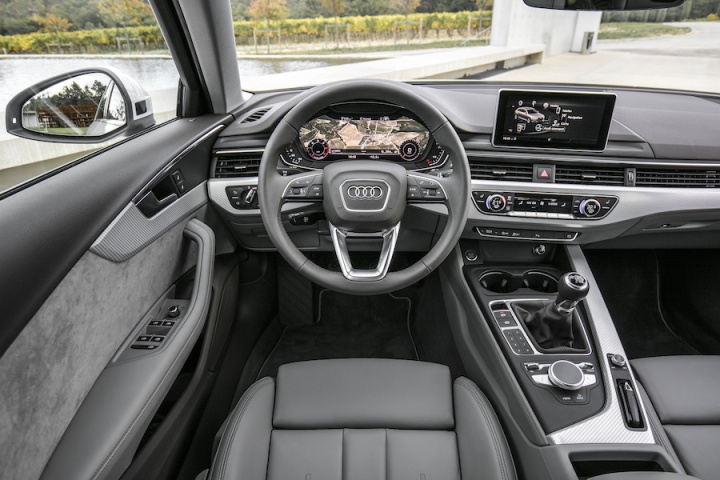 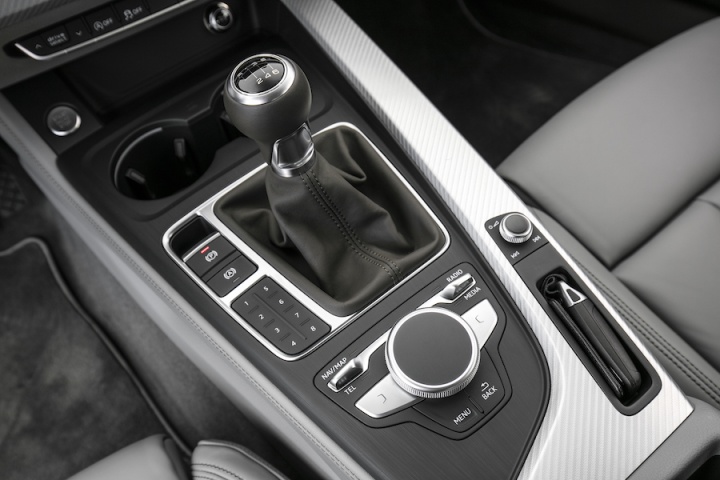 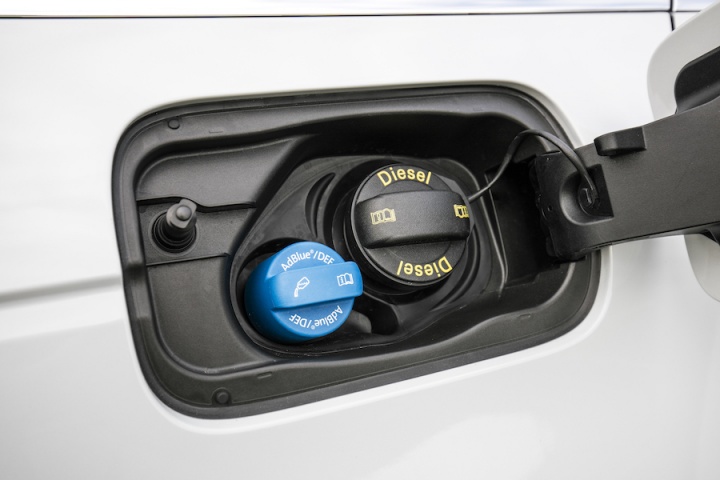 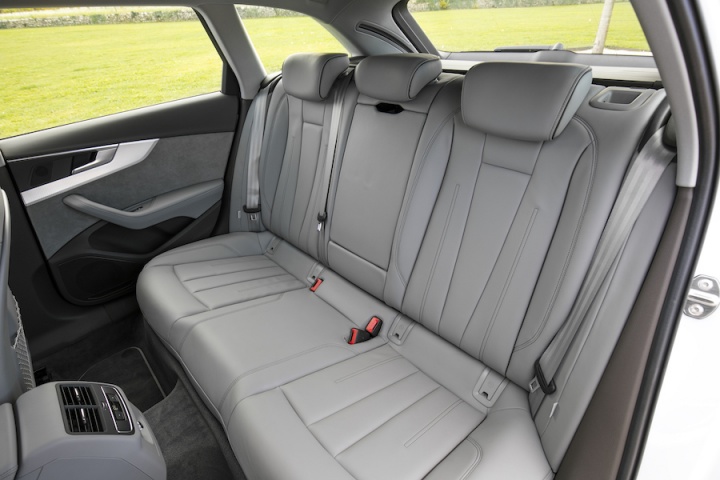 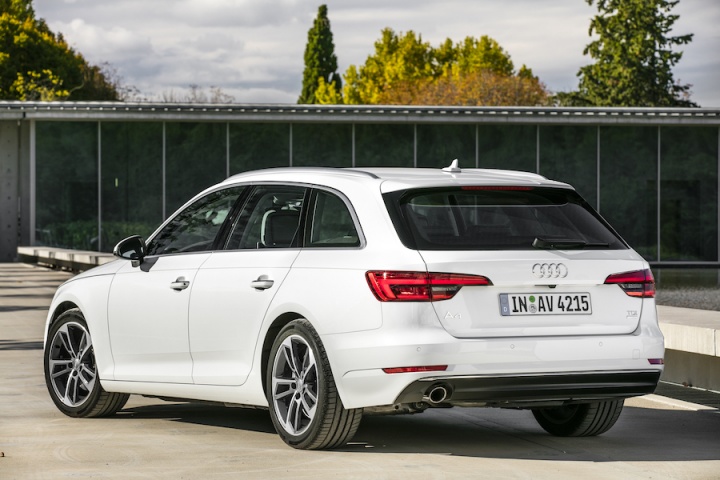 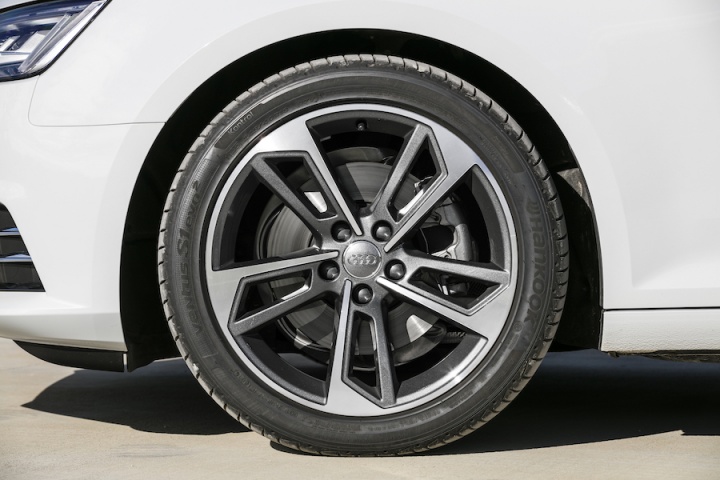 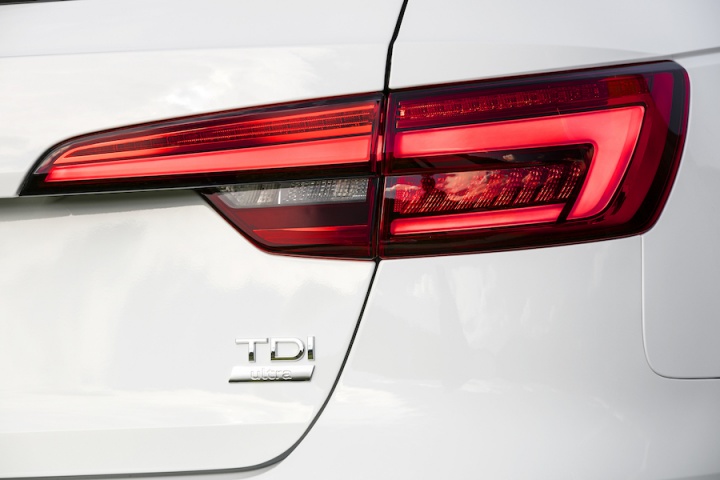 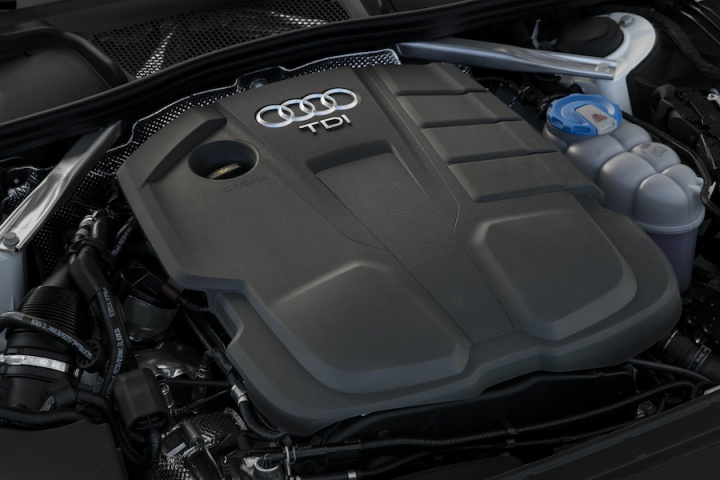 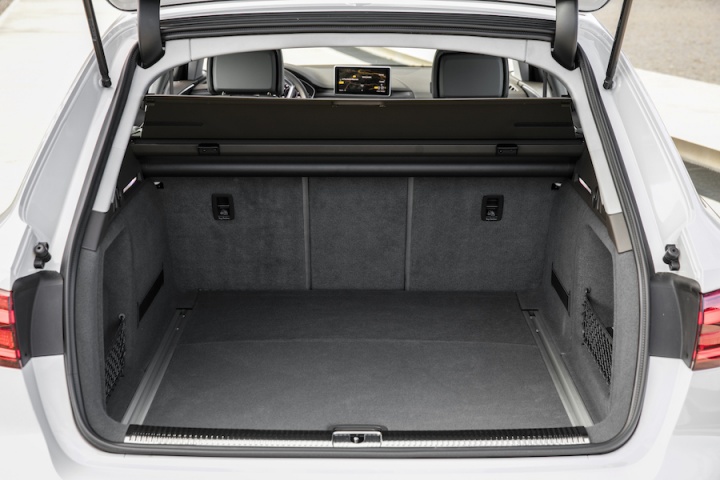 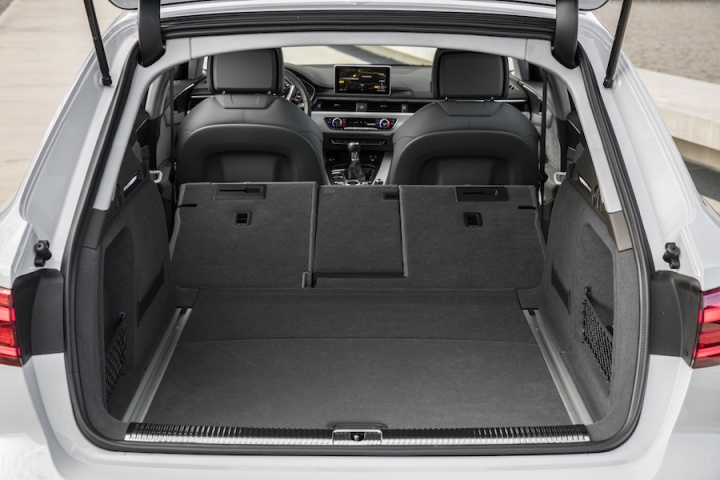 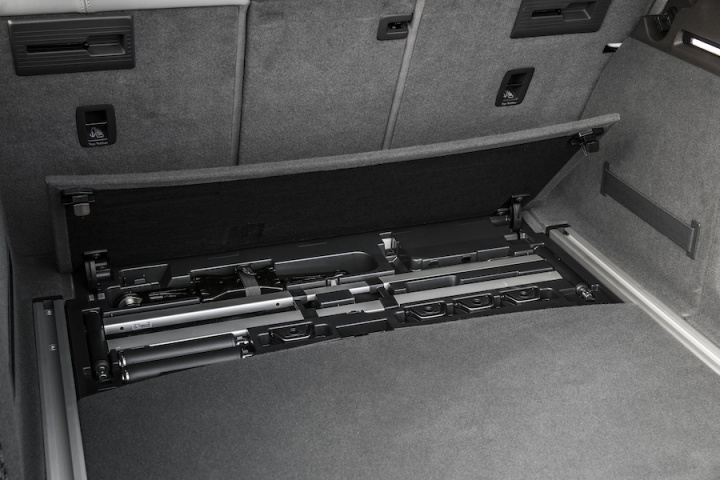 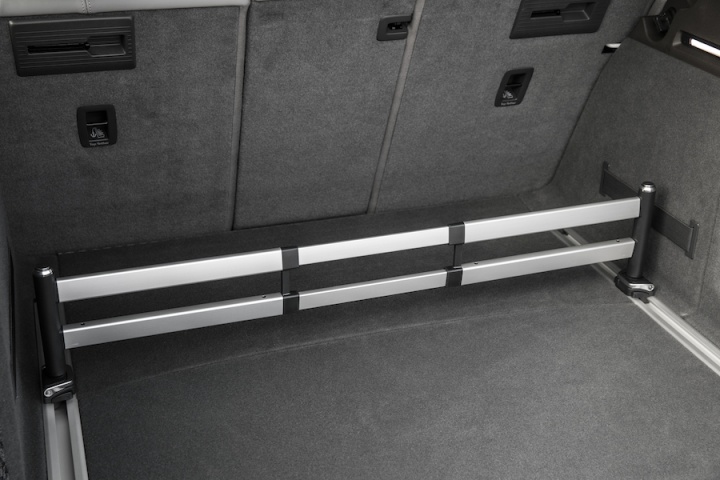 Audi releases the super-frugal estate version of the crucial, all-new A4.

While it is by no means revolutionary, the all-new, sixth-generation Audi A4 Avant is subtly improved in almost every area to create one seriously competent estate. In fuel-sipping 'ultra' guise as reviewed here, it's one of the most capable all-rounders going, but of course, as with most Audis, such brilliance does not come cheap.

The new Audi A4 is the same but, apparently, different. While it's easy to get critical with the Audi design team for offering up a brand new version of a crucial compact executive car that looks almost identical to that which has gone before, when you end up with something this crisp and attractive, you can understand why Ingolstadt was so reserved. There's just enough fresh visual interest - the reshaped Singleframe grille, that prominent design flourish along the bottom of the doors and the four-metre-long crease running above the door handles - to make the new Avant estate recognisable from the kerb. And it looks great whether it's in muted hues on small wheels or strong colours with 18-inch alloys stuffed in the arches - also, it holds true to the tenet that states the estate version of a car often looks better than the saloon on which it's based, although we expect the A4 Saloon to remain by far the stronger seller here in Ireland.

Inside is exquisite, the wide strip of vents that is now seen in many Audi and Volkswagen products making its way into the A4, and the general fit and finish is of the sort of exalted standard you would demand from Audi. All the test cars also had the 12.3-inch Virtual Cockpit, one of our favourite recent innovations in the automotive world, but here in Ireland it is a cost option on all trims and it requires MMI Navigation to be fitted. That's fine on the SE (our ultra test car in France had a spec that closely mirrored this Irish trim) and S line models, where satnav is standard fit and thus the Virtual Cockpit costs €351 or €355 respectively. However, on the entry-level Attraction A4s, it's €695 on top of €2,060 for mapping. It is also part of a Technology Pack, although that's not available on the Attraction and is €2,500 on the SE, or €2,528 on the S line. Nevertheless, the well-equipped and gorgeous cabin is a big hit.

What the A4 Avant now offers is even more space. It is longer and wider than before, with a marginally stretched wheelbase, but the advantages inside are clear to see. There's loads of knee room behind a driver's seat set-up for a taller person, while the boot - surely the key selling point of an Avant over the saloon - rises 15- and 80 litres in capacity over the old A4, to stand at figures of 505- and 1,510 litres; the former of these is unmatched by the BMW 3 Series Touring or Mercedes-Benz C-Class Estate equivalents.

Two petrol engines and four diesels comprise the Irish A4 Avant launch line-up, although of the pair of petrols the 1.4 TFSI unit with 150hp will follow soon after the first models hit showrooms. Ignoring the 190hp 2.0 TFSI, that leaves a pair of 2.0 TDI units and two 3.0 V6 diesels. All-wheel drive (quattro in Audi-speak) is available on the 190hp 2.0 TDI model and is standard on the 272hp 3.0 TDI car, while a variety of gearboxes are offered depending on engine spec - there's a six-speed manual, seven-speed S tronic dual-clutch automatic unit or eight-speed Tiptronic automatic.

However, bound to attract the most private and business owners is this A4 ultra. It comes with front-wheel drive only and gets a detuned version of the 2.0 TDI engine, outputting 150hp and 320Nm instead of 190hp and 400Nm. Standard transmission is the manual, which we drove, although S tronic is an option. Fitted with low-rolling resistance tyres and other fuel-saving measures, the ultra returns some superb eco-stats: 70.6mpg and 104g/km CO2 are city car-esque, never mind premium wagon.

And, for want of a less hackneyed phrase, it could be all the A4 Avant you need. Sure, the six-cylinder diesels make a nice noise and churn out plenty of torque, but on a back-to-back comparison the 150hp ultra didn't feel appreciably slower than the 218hp V6 TDI. The ultra has plenty of accelerative urge, thanks to a lovely six-speed transmission that's geared to near perfection for the engine. It might not actually achieve 70.6mpg very often, but if it can give back around 60mpg in real-world driving over a sustained period, for this sort of performance that's a brilliant return.

A word of launch-spec caution for the suspension: all cars were on Adaptive Sport dampers (€1,364) with adjustable settings. What the passively sprung ultra model with fixed 20mm lower suspension will ride like, we can't tell you. Other than that, this is a eulogy. The A4 Avant has sensationally high levels of refinement. Wind, tyre and engine noise are negligible. The drivetrain is as smooth as silk. And, perhaps most impressively of all, the Avant ultra marries strong body control with a truly supple ride. It never becomes harsh, the passenger cabin remains largely flat during spirited cornering and the result is there are rarely road conditions where the Audi runs out of answers. Its lighter weight (up to 120kg less heavy than the old A4) makes it feel nimble and while it's never truly exciting, it is less prone to understeer than any other A4 we can recall, which is a boon.

Trim lines in Ireland run Attraction, SE and S line, starting at €41,150 (the 1.4 TFSI's list figure has yet to be confirmed but should undercut this), €44,350 and €47,850 respectively. Attraction cars come with 17-inch wheels, Xenon headlights with LED daytime running lamps, climate control, a three-spoke leather multifunction steering wheel, keyless go, rear parking sensors, voice control, a powered tailgate, MMI Radio Plus with a seven-inch colour screen and a five-inch monochrome Driver Information System (DIS) as standard, and more, which is an impressive array of kit.

SE models add to that with new designs for the 17s and the steering wheel, plus Audi throws in MMI Navigation, a colour DIS with a seven-inch display, leather seats and cruise control. S line models get 18-inch wheels, 20mm lower sports suspension and exterior and interior S line-branded styling updates.

Talking emissions in the wake of the Volkswagen Group's 'defeat device' issue might seem insensitive, but it's worth noting that in order to meet EU6 regulations, all diesel A4s have a 12-litre AdBlue tank that will require topping up between services; the car warns you 1,600km before it runs dry.

Prices are robust for the A4 Avant, although comparable with BMW and Mercedes rivals. With an absolute plethora of technological cost options offered, the indiscriminate showroom box-ticker might end up dropping in excess of 55 grand on a fully-loaded ultra; and maybe more than €70,000 on a specced-up 272hp V6 TDI.

BMW 3 Series Touring: Munich has quietened its 2.0-litre diesel down recently and improved the comfort of the 3 Series, but some of the marque's driving sparkle has been lost.

Volkswagen Passat Combi: arguably a bigger threat to the Audi than the BMW or Merc. Also has a beautiful interior and sharp looks, yet it costs less. It doesn't drive quite as nicely, though.

The lower weight, greater space, improved technology offering and hugely refined demeanour of the Audi A4 Avant make it a strong contender for class honours. While it's still not quite the best vehicle in its segment to drive, it's markedly sharper than the old model and yet it offers all the urbane style and badge cred you'd expect of an Audi. There are cheaper alternative estates - one of the most threatening being the Skoda Superb Combi, which looks just as good, is even bigger and retails for a lower price - but nevertheless, the A4 Avant is a real winner.