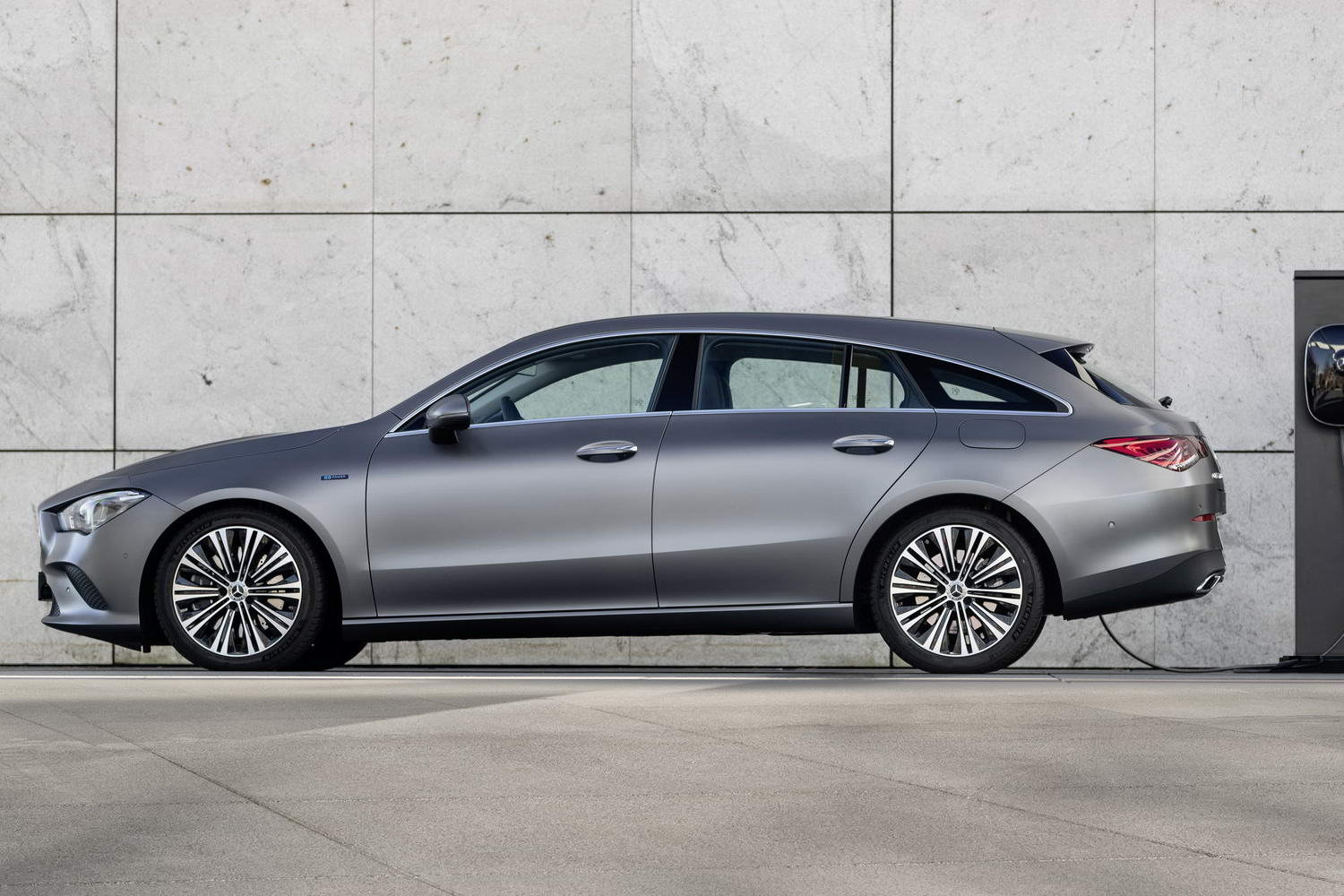 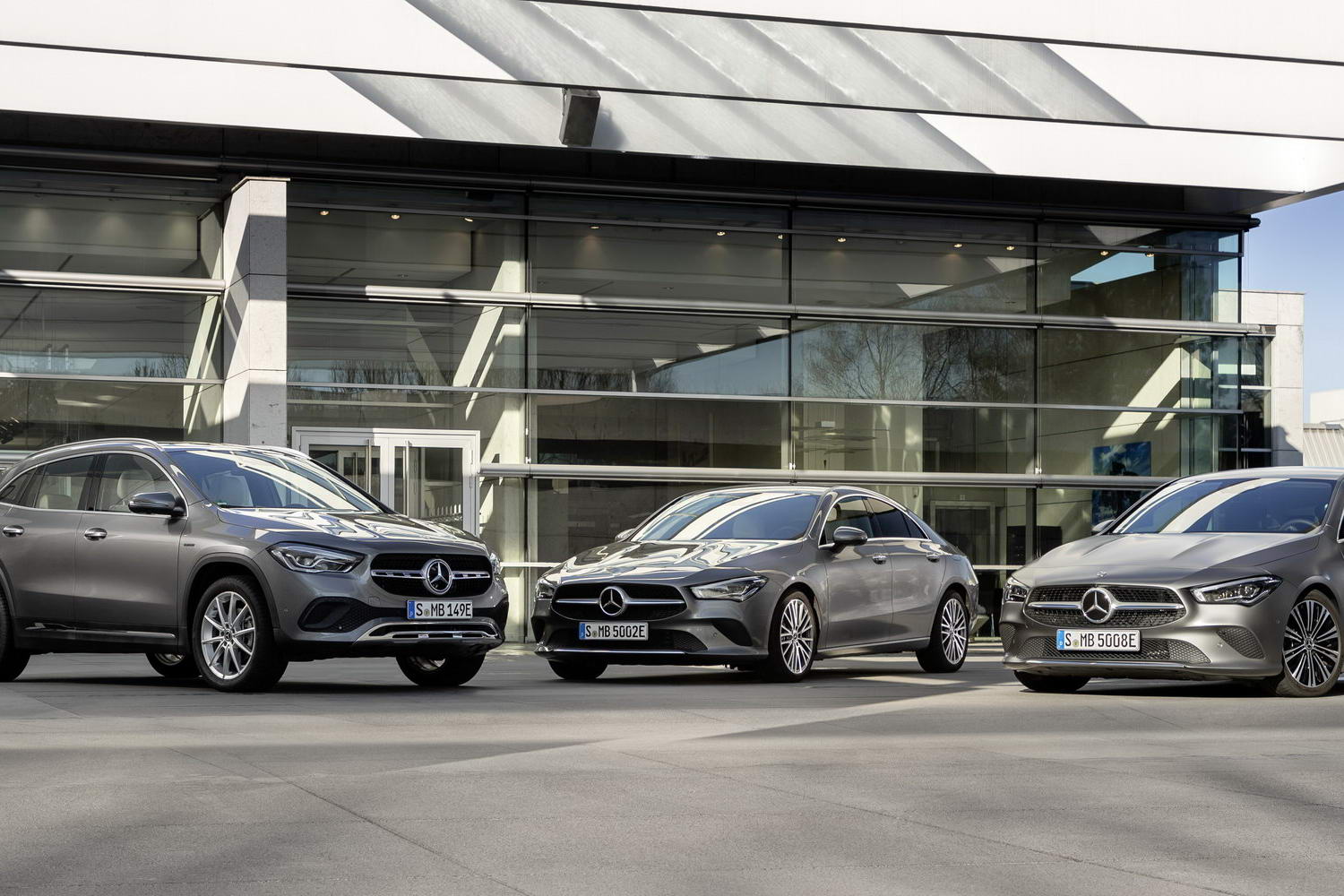 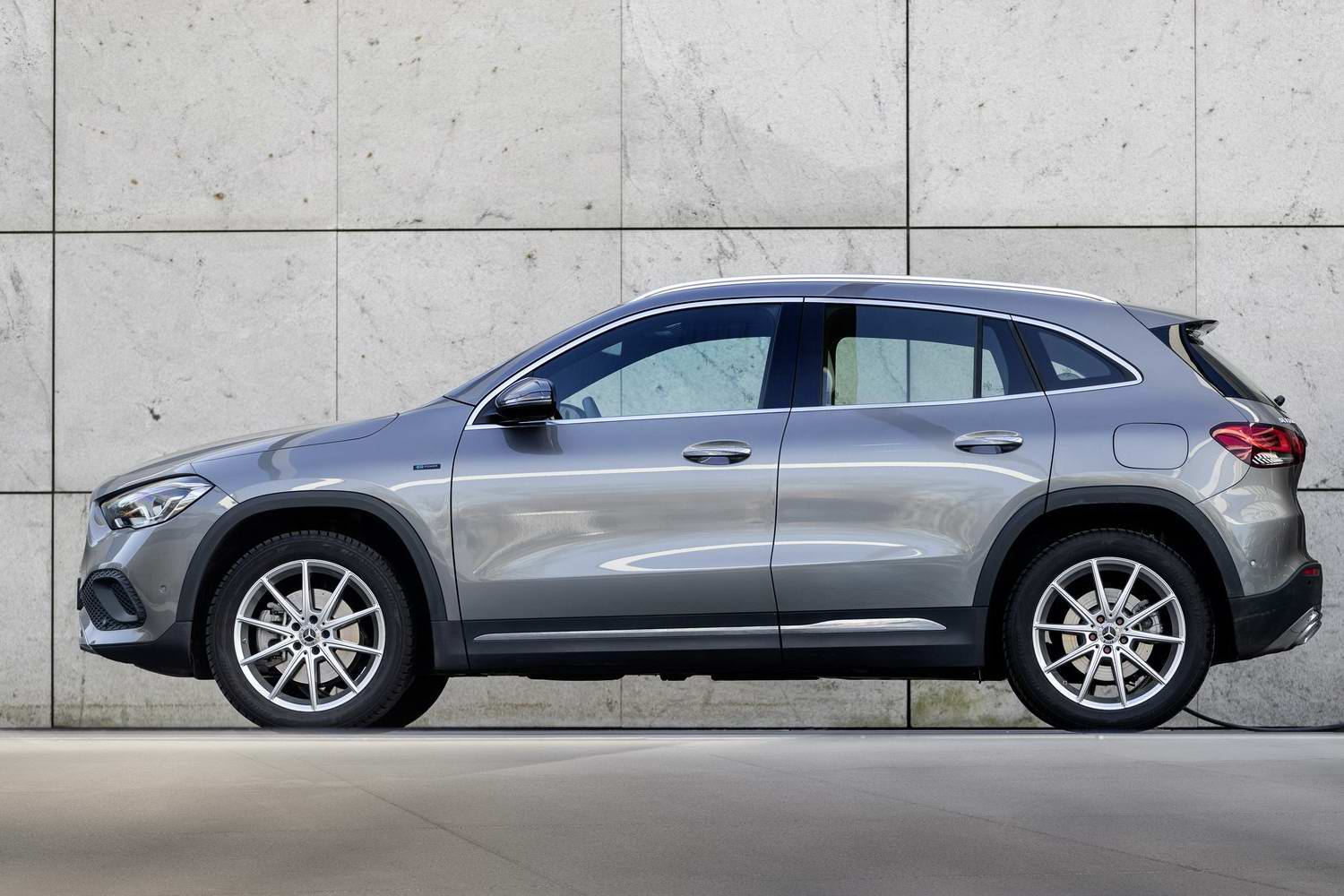 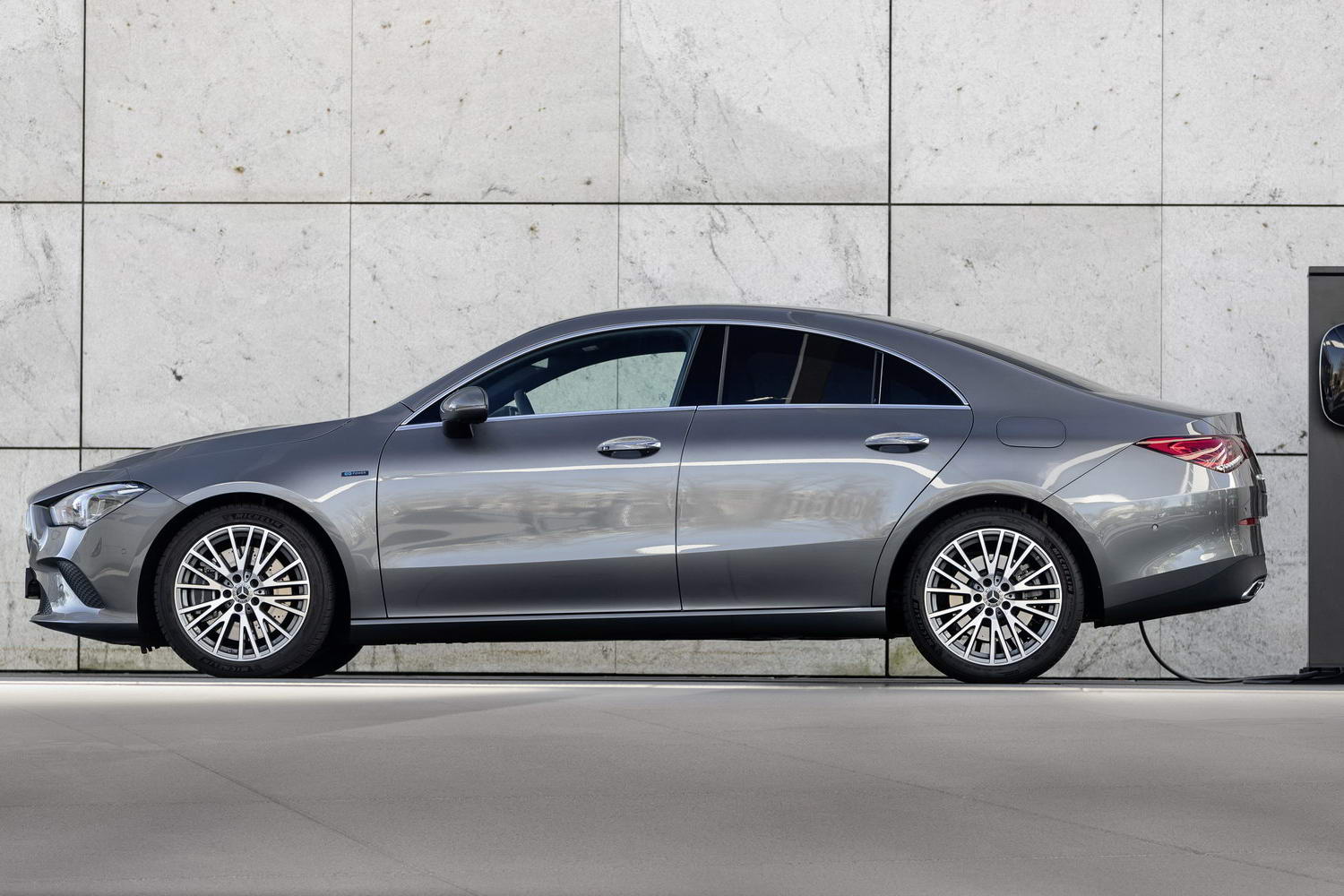 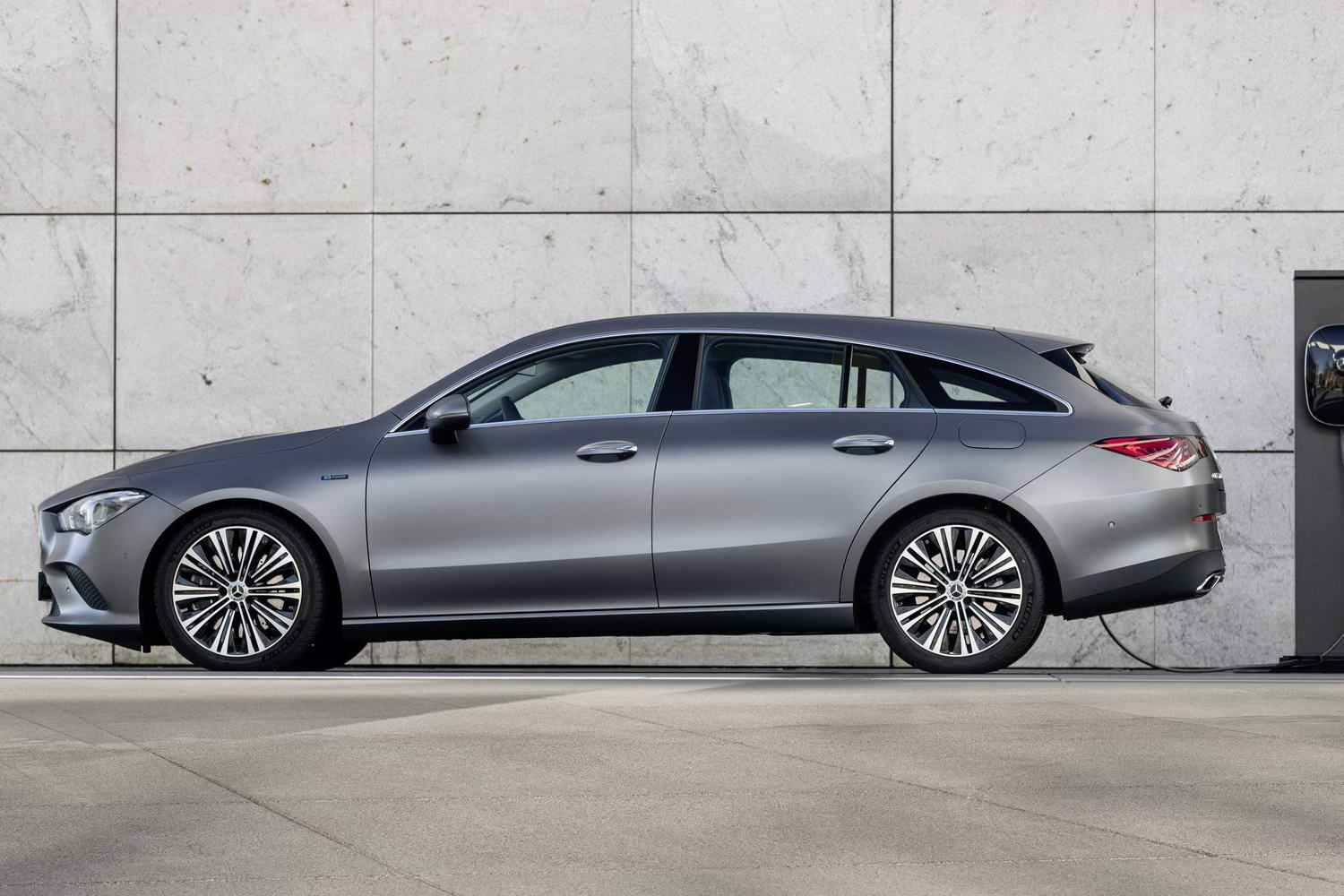 Emissions as low as 31g/km for Merc's new plug-in-hybrids.

The new plug-in hybrid system is built around Mercedes' 1.33-litre four-cylinder petrol engine. This has 118hp, to which an electric motor, fed by a 15.6kWh battery pack, adds an extra 75hp. That results in a system total of 218hp, with torque of 450Nm. That's pretty impressive, and will be good enough to shift the A 250 e hatchback to 100km/h in 6.6 seconds, and on to a top speed of 235km/h.

Its environmental performance is impressive too. Mercedes claims that the A 250 e has fuel consumption of 1.5 litres per 100km (that's 155mpg), which is probably as unlikely and daft as any other plug-in hybrid economy claim, but if you could hit better than 50mpg in daily driving (which seems possible) then you'd be beating the diesel equivalent.

Electric-only range as good as 69km

CO2 emissions dip as low as 31g/km (that's for the CLA four-door coupe, which we guess has better overall aerodynamics than the A-Class hatch, which has a best CO2 figure of 33g/km), but go as high as 42g/km for the chunkier, heavier GLA crossover.

The cars' electric-only range, on a full charge of the battery, stands at a best of 69km (again for the CLA 250 e, and measured under the WLTP regime) and a worst of 53km (again, for the GLA). Both figures are good enough to ensure that all of these '250 e' models will qualify for the full spectrum of Irish government and SEAI grants, which will mean a combined €7,500 discount on the gross list price.

Mercedes reckons that the range is good enough to cover more than 96 per cent of all vehicle journeys, on a global basis (according to Stuttgart's figures, 96 per cent of all journeys are shorter than 100km, and 90 per cent are shorter than 50km). There will also be access to charging points through the MercedesMe app, a Mercedes RFID card, or directly through the car's on-board systems.

The entire battery pack, which is water-cooled for extra efficiency, adds around 150kg to the overall weight of the cars, and Mercedes claims that there's minimal intrusion into the luggage areas.

The on-board MBUX infotainment system will work out the best way to deploy either engine or battery power, or both, on a journey once you've put a destination into the satnav, and of course you can choose from electric-only driving, hybrid driving, or charging-as-you-drive driving. The regenerative braking level can also be adjusted using what were the gearshift paddles behind the steering wheel.