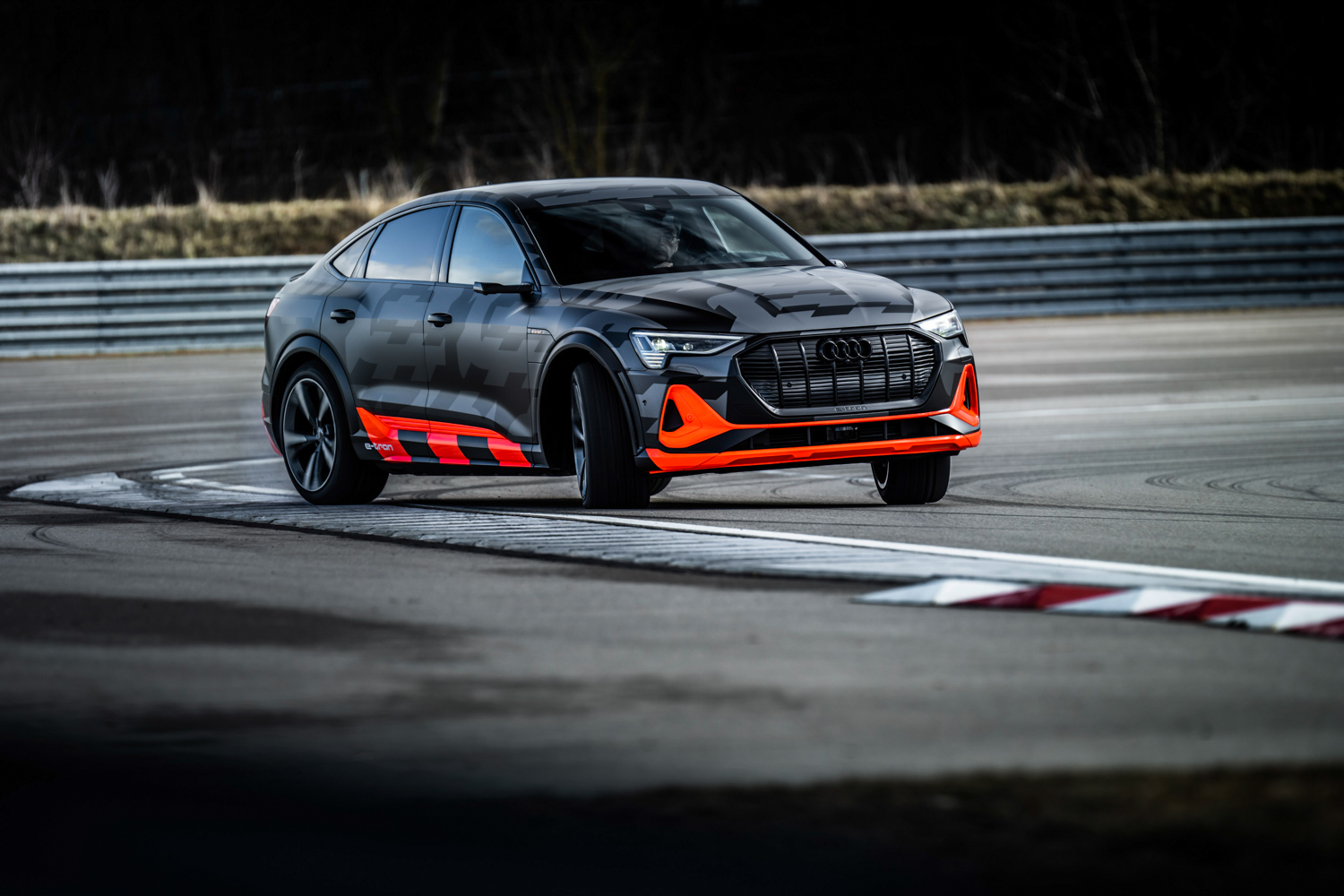 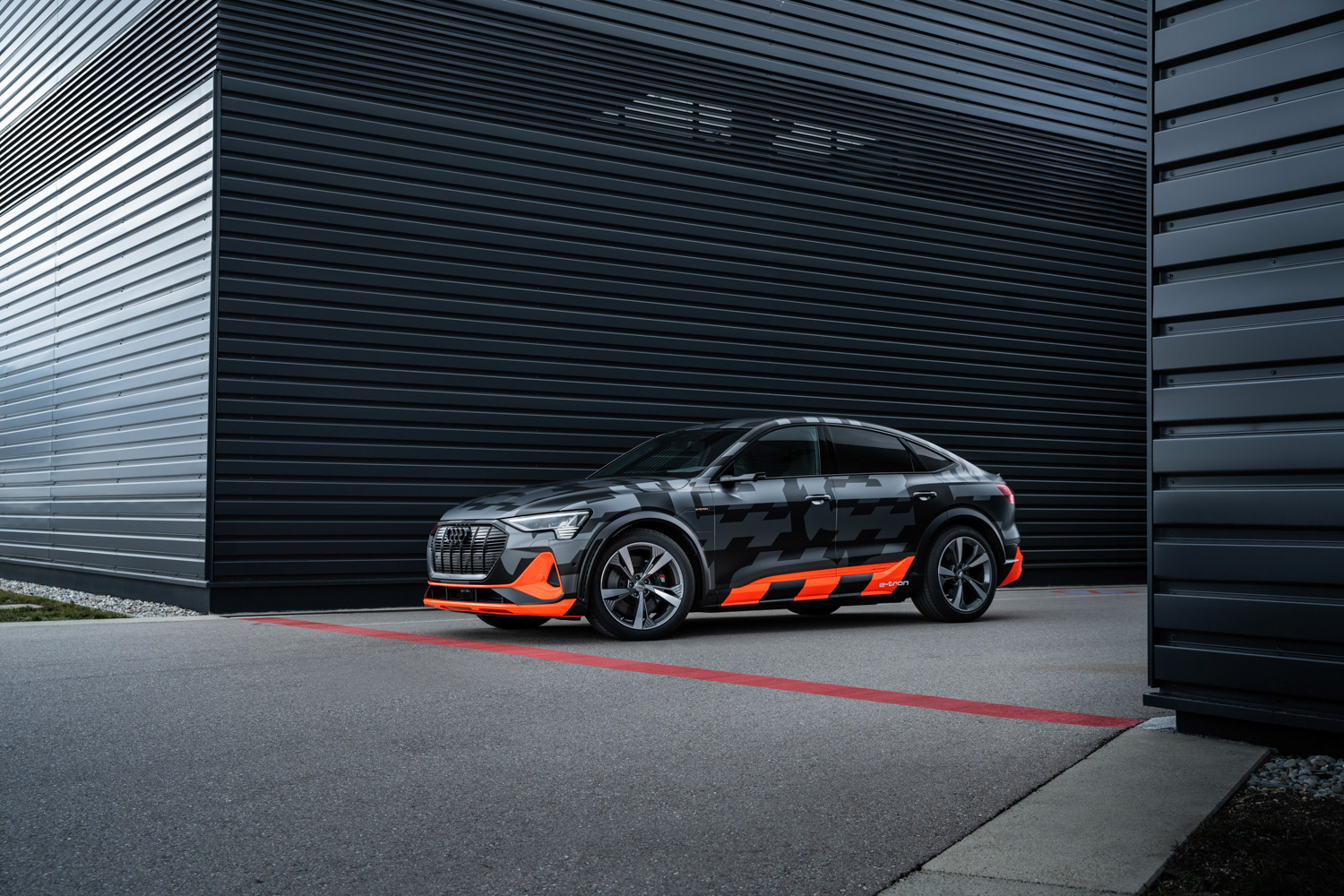 Up to 500hp for sportier e-Tron S-models.

Audi, in spite of rowing back on e-Tron production in February due to battery supply issues, has confirmed that it's launching sportier, more powerful S-models of its electric SUV family.

The e-Tron quattro S models get new electric motors, bringing the total power available up to 503hp (that's 100hp more than a standard e-Tron in Dynamic mode) with a massive 973Nm of torque. That's in 'S' mode, though, at maximum chat. Slip back to Comfort or Efficiency mode and the power is throttled (in the sense that an electric motor can be throttled...) to 435hp, and 808Nm of torque.

The 0-100km/h dash takes just 4.5 seconds when the cars are in their raciest mode, and the top speed is 210km/h. S-spec will be available on both the standard-body e-Tron and the recently-launched e-Tron Sportback.

Handling, too, has been given a boost and no surprise - the e-Tron S models actually get three electric motors. Audi claims that the e-Tron S is the first three-motor EV in production. The front electric motor is now beefier (it's actually the standard rear axle motor from the regular e-Tron) and has an output of up to 150kW (203hp). At the rear, there are now two electric motors, one for each wheel, each with an output of 98kW (133hp) and, of course, that means that torque flow to an individual wheel can be metered out with nano-like precision. There's no rear diff, now - each motor sends power directly to its own wheel.

In fact, in normal modes, in most driving, the e-Tron S is basically driven by its rear motors - the front motor disengages to save on frictional losses and to extend the range. The front motor only wakes up when the car detects slip at the rear, or when you ring down for maximum acceleration.

Audi hasn't yet provided a range figure for the S models, but it's likely to be less than the 400km offered by the standard e-Tron, because of the extra power drain of the more powerful motors. The e-Tron S will, though, be able to charge at speeds of up to 150kW (thanks to a water-cooled battery pack) and so will charge from five to 80 per cent power in just 30 minutes if you plug it in to one of the latest IONITY chargers.