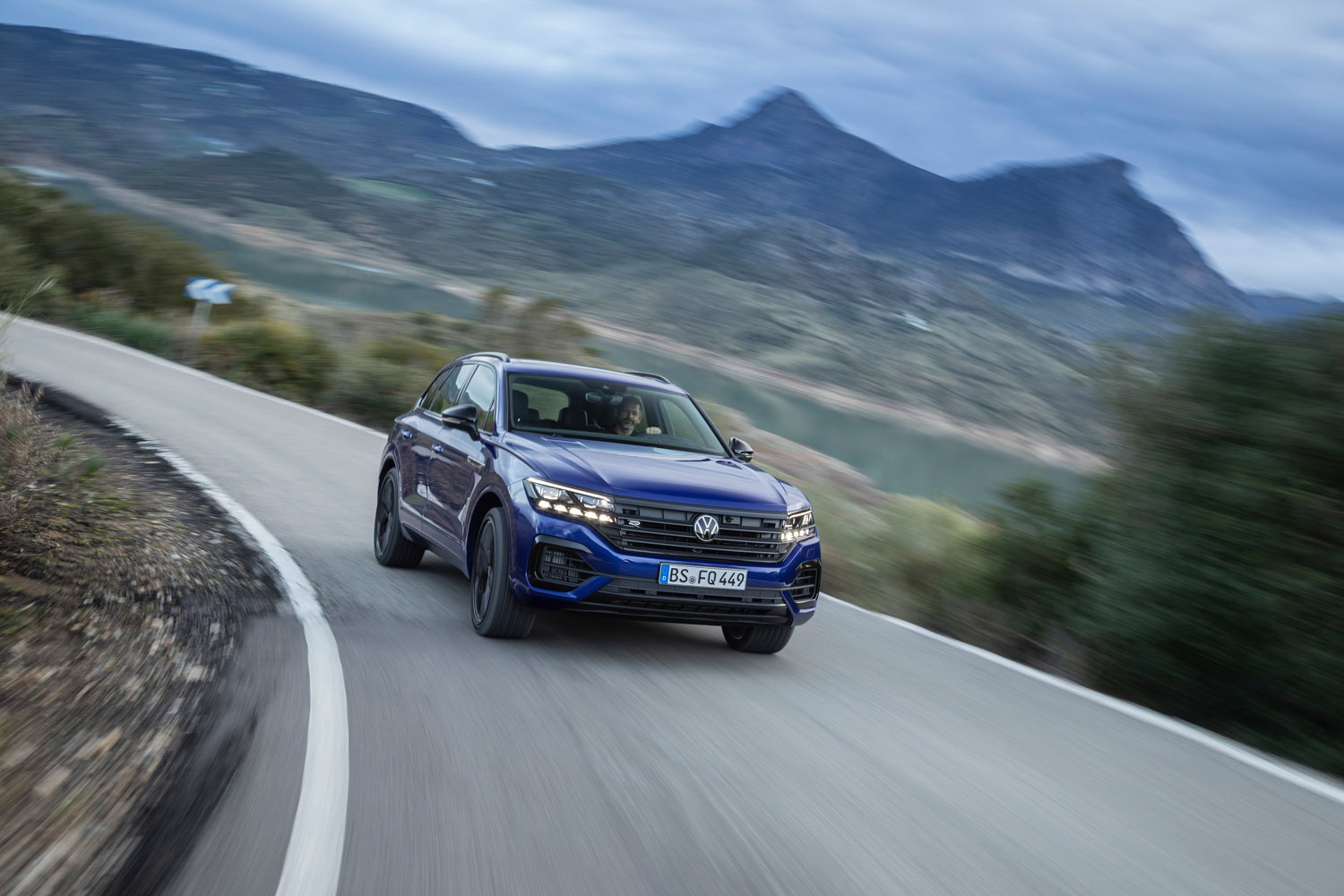 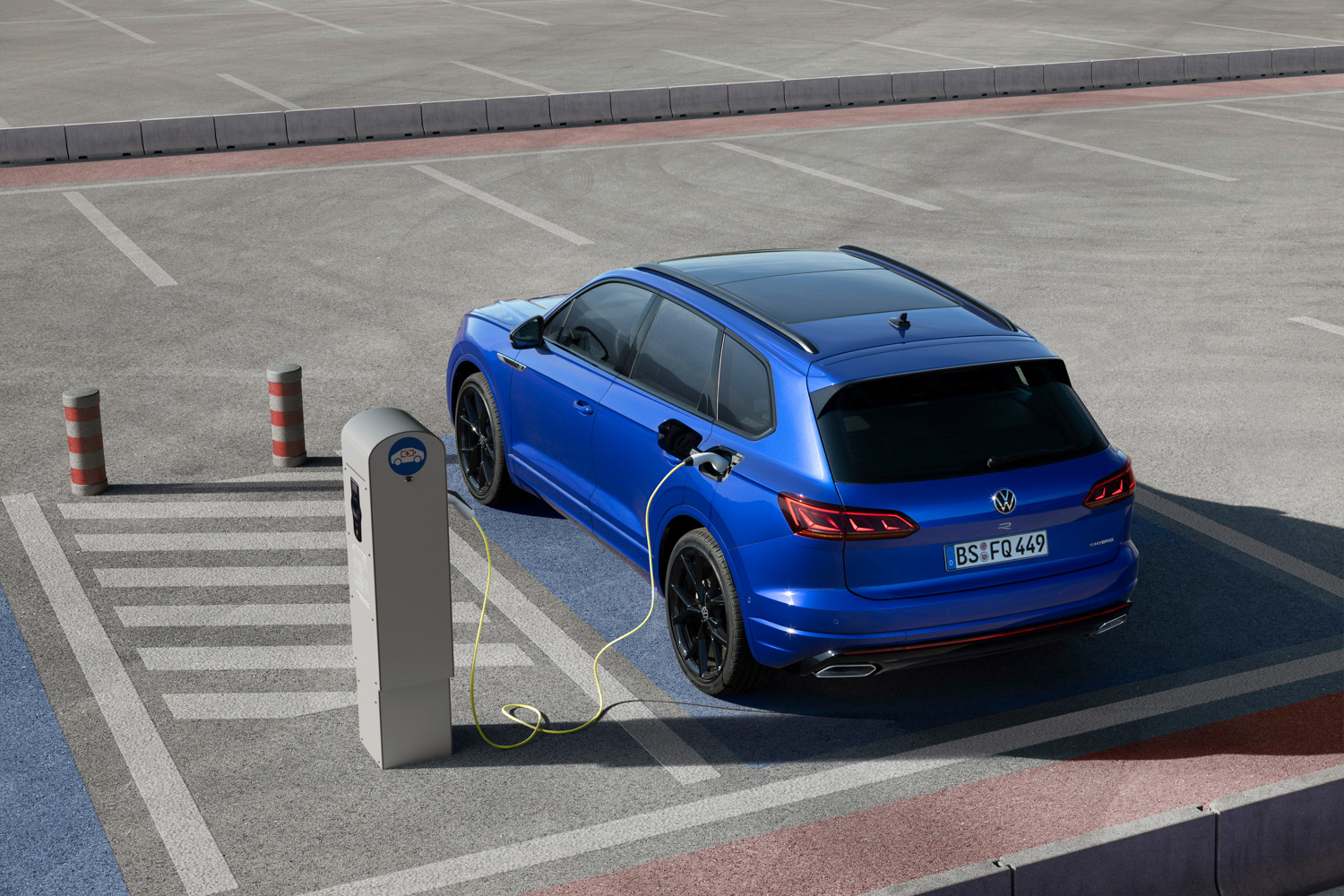 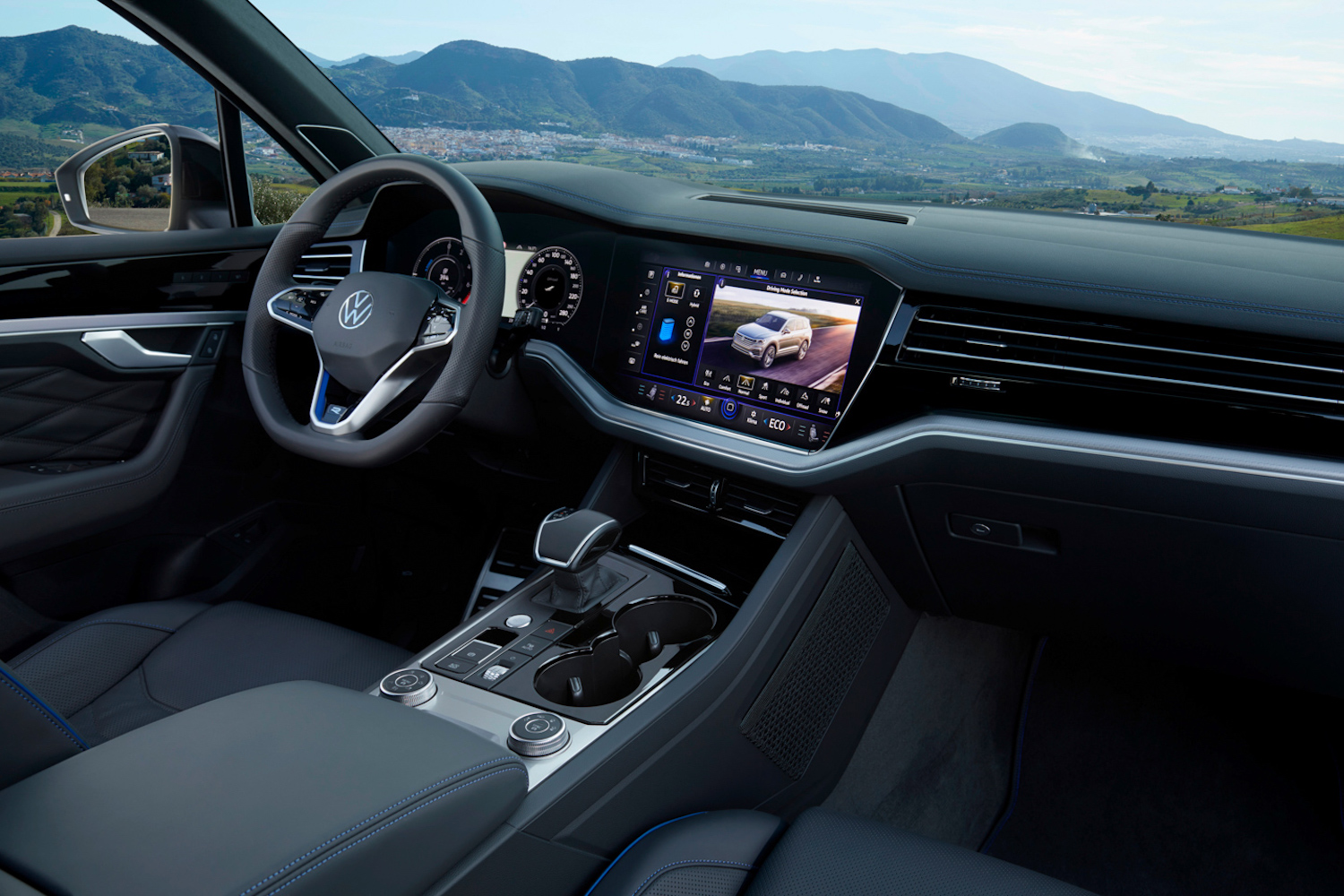 Volkswagen will launch a new flagship for the Touareg range at the Geneva Motor Show, and it'll come to Ireland in early 2021.

The Touareg R is a high-performance SUV with a difference - this one is a plug-in hybrid. The R gets a 340hp turbo V6 petrol engine, tied into a 136hp electric motor, fed by a 14.1kWh battery stack. Combined, the power output is a healthy 462hp, with 700Nm of torque. Of course, it will be able to go for some distance on electric-only power, but Volkswagen hasn't given us that figure yet, beyond saying that it will cope with "the average daily commute under electric power." We expect that means an electric range of around 45-50km, with a maximum speed under electric power of 140km/h. The maximum speed under hybrid power is 250km/h.

Volkswagen hasn't given us any fuel economy nor emissions figures as yet, but the Porsche Panamera e-Hybrid with the same powertrain achieves official fuel consumption of 3.4 litres per 100km (better than 80mpg) and CO2 emissions of 78g/km. Oh, and does 0-100km/h in just 5.0 seconds.

Impressively, Volkswagen claims that the Touareg R has been homologated to tow a maximum weight of 3.5 tonnes, and that it can still pull that sort of load when running on just electrics. Hitherto, electric cars and hybrids haven't been the best at towing, but that won't cut the mustard with Germany's SUV owners anymore - according to Volkswagen some 60 per cent of all Touareg owners in Germany and 40 per cent in Europe also use their SUV as a towing vehicle - remarkably high figures. To keep those towing folk happy, the Touareg R also comes with Volkswagen's electronic trailer assist systems, which help you reverse neatly.

Jost Capito, managing director of the Group's in-house performance brand, explains: "We are currently vigorously expanding the Volkswagen R range. Following the compact CUV models - T-Roc R and T-Roc Cabriolet R-Line - Volkswagen R is introducing another sport utility vehicle within a very short space of time - the Touareg R, which has a quite unique position and unrivalled charisma."

The Touareg R gets four-wheel drive, of course, and an eight-speed automatic gearbox. There's also a Torsen diff for distributing power between the wheels, and as much as 70 per cent of the torque can be sent to the front wheels, with as much as 80 per cent going rearwards.

The hybrid mode is controlled by a special menu built into the Touareg's massive central touchscreen, and you can choose to charge up as you drive, or hold on to charge in the battery until you reach an urban destination. Put a destination into the sat-nav, and the system will automatically work out the best mix of electric, engine, and hybrid power to deploy for the journey. There are also conventional Eco, Comfort, Normal, Sport and Individual profiles for on-road driving and the Offroad and Snow profiles, and the Touareg R is set up for some serious mud-plugging, with an optional off-road package that includes an engine bash-plate, and additional Gravel and Sand modes.

The R also comes with Travel Assist, VW's automated driving package, which assists the driver with lane-keeping and cruise control at speeds of up to the maximum 250km/h - the fastest version of Travel Assist yet seen.

Needless to say, there's a chunky, sporty, bodykit that includes R-style bumpers, air intake grilles with black louvres, black trim strips on the side windows and black exterior mirror housings and a blacked-out radiator grille. You also get darkened LED tail light clusters, 20-inch Braga alloy wheels (black on the inside and burnished on the outside; alternatively you can have them in matt grey on the inside and burnished on the outside), body-colour wheel housing extensions and trapezoidal design tailpipes all of which comes as standard.

Order books for the Touareg R will open in Ireland in the summer, and first deliveries should take place in early 2021.