Bentley Bacalar: the future of coachbuilding 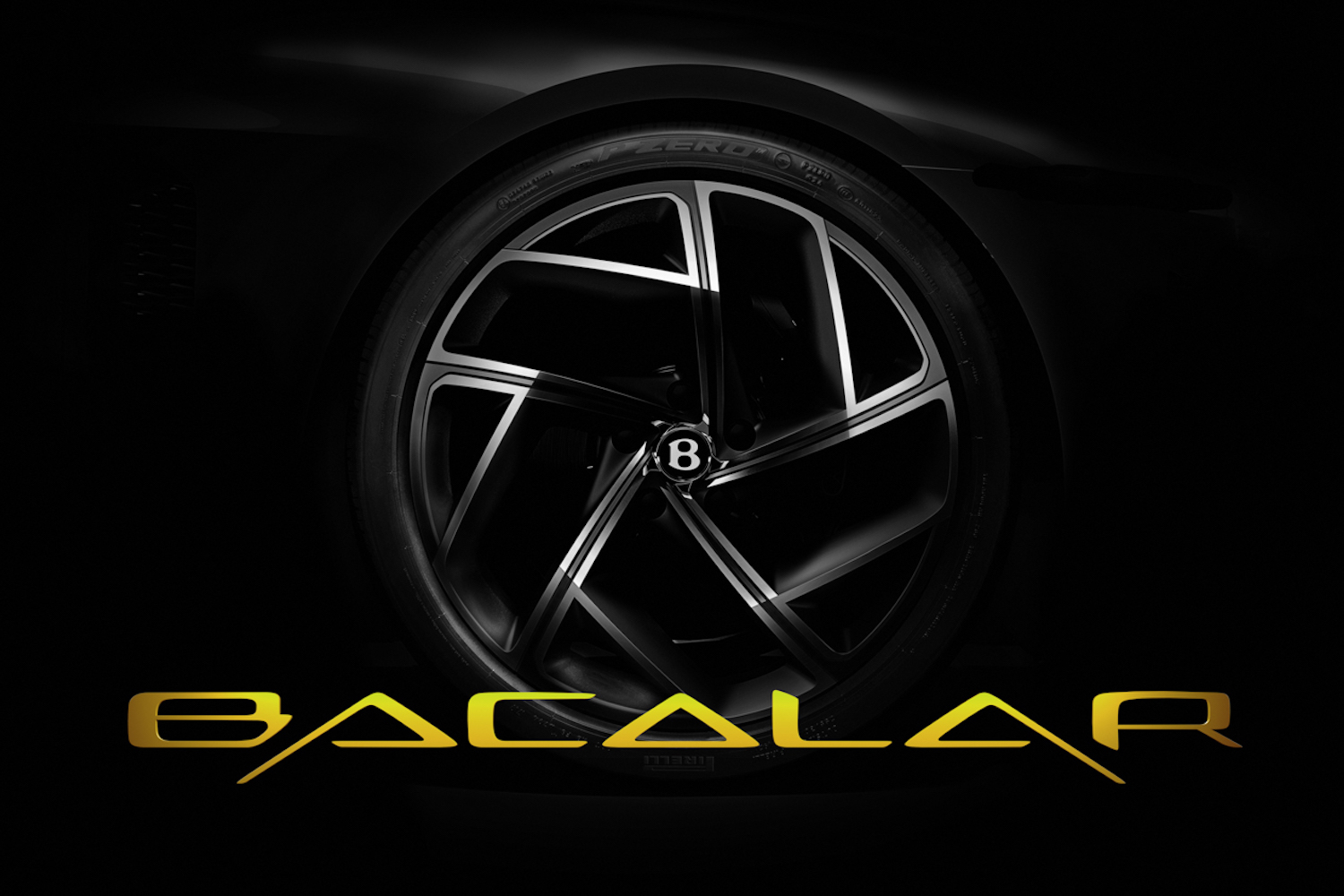 Just a wheel shot and mention of the EXP 100 GT Concept given as clues to the Bentley Bacalar.

Bentley is planning to use the forthcoming Geneva Motor Show to demonstrate what it calls the 'future of coachbuilding', with a vehicle called the Bentley Mulliner Bacalar.

We know precious little about the Bacalar at the moment, as we've got the wheel shot you can see above and the following statement from the company: "Exquisitely handbuilt by Bentley Mulliner, the oldest coachbuilder in the world, the Bacalar represents Grand Touring at its most exhilarating. Sustainable and ethically-sourced materials are fused with a beautiful yet dramatic design inspired by Bentley's centenary concept car, the EXP 100 GT. Many will get to see the Bentley Mulliner Bacalar following its reveal [in Geneva]. But it will only be enjoyed by a very few."

Right, so getting our detective deerstalkers on, what can we deduce from that? Well, the mention of Mulliner, coachbuilding and the closing statement that the Bacalar will be 'enjoyed by very few', it's fair to assume that this will be a frightfully expensive, limited-build special. Don't expect the production run to even exceed 100 units worldwide, perhaps, and do expect the price tag to be well beyond most of Bentley's 'normal' fare.

However, it's the mention of the EXP 100 GT Concept which gives the bigger clues as to the Bacalar's identity and make-up. The EXP, revealed in the middle of Bentley's centenary year in 2019 and designed as the 2035 vision of grand touring, was a majestic big two-door with electric power and lots of autonomous features.

With a kerb weight of 1,900kg, torque of 1,500Nm and a quoted 0-100km/h time of 2.5 seconds, the EXP 100 GT was, in principle, said to be capable of 700km on a single charge. Now, these figures may have been flights of fancy, given Bentley was looking 15 years hence into the future, but could the Bacalar be an electric GT of some sort? It'll be interesting to find out...