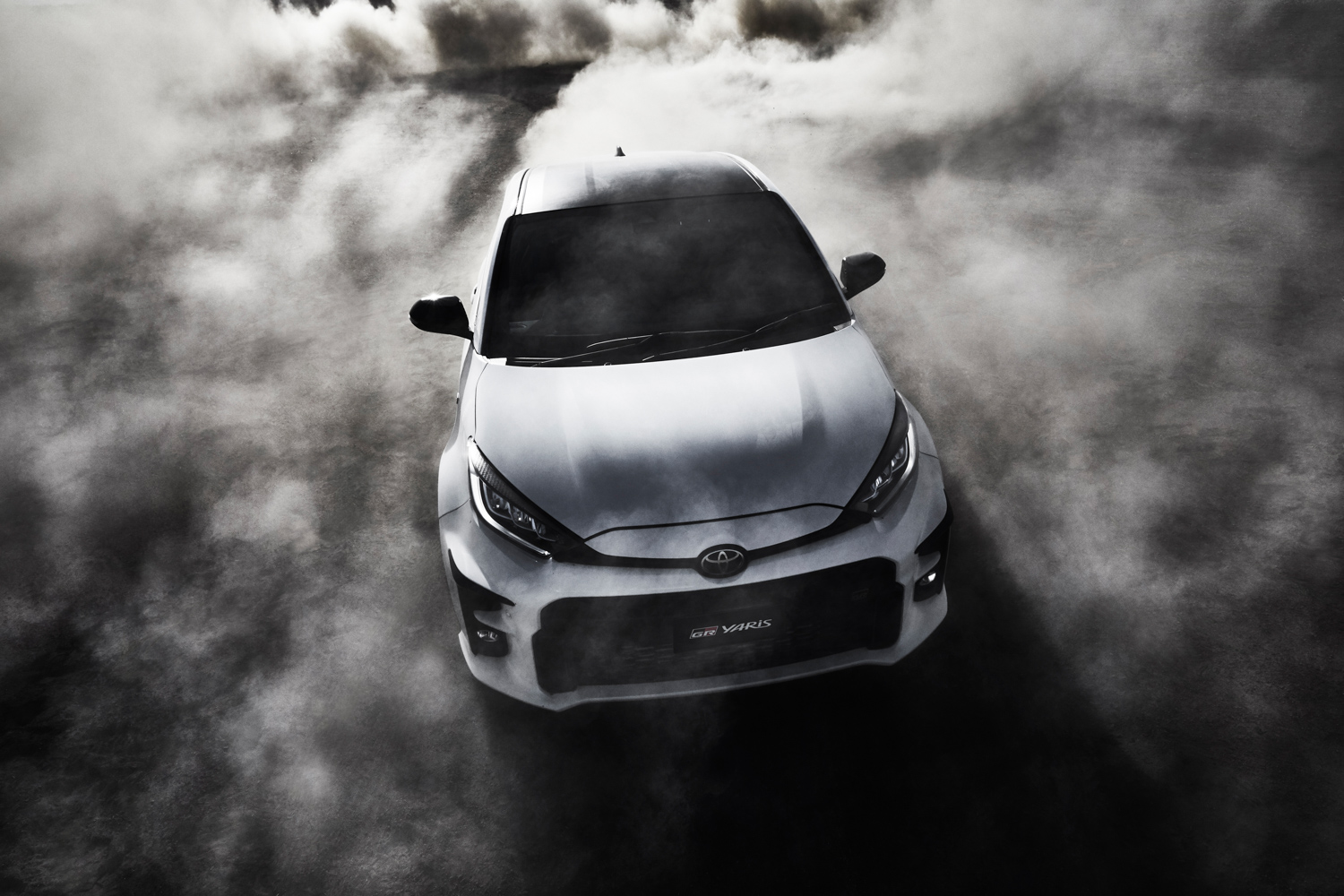 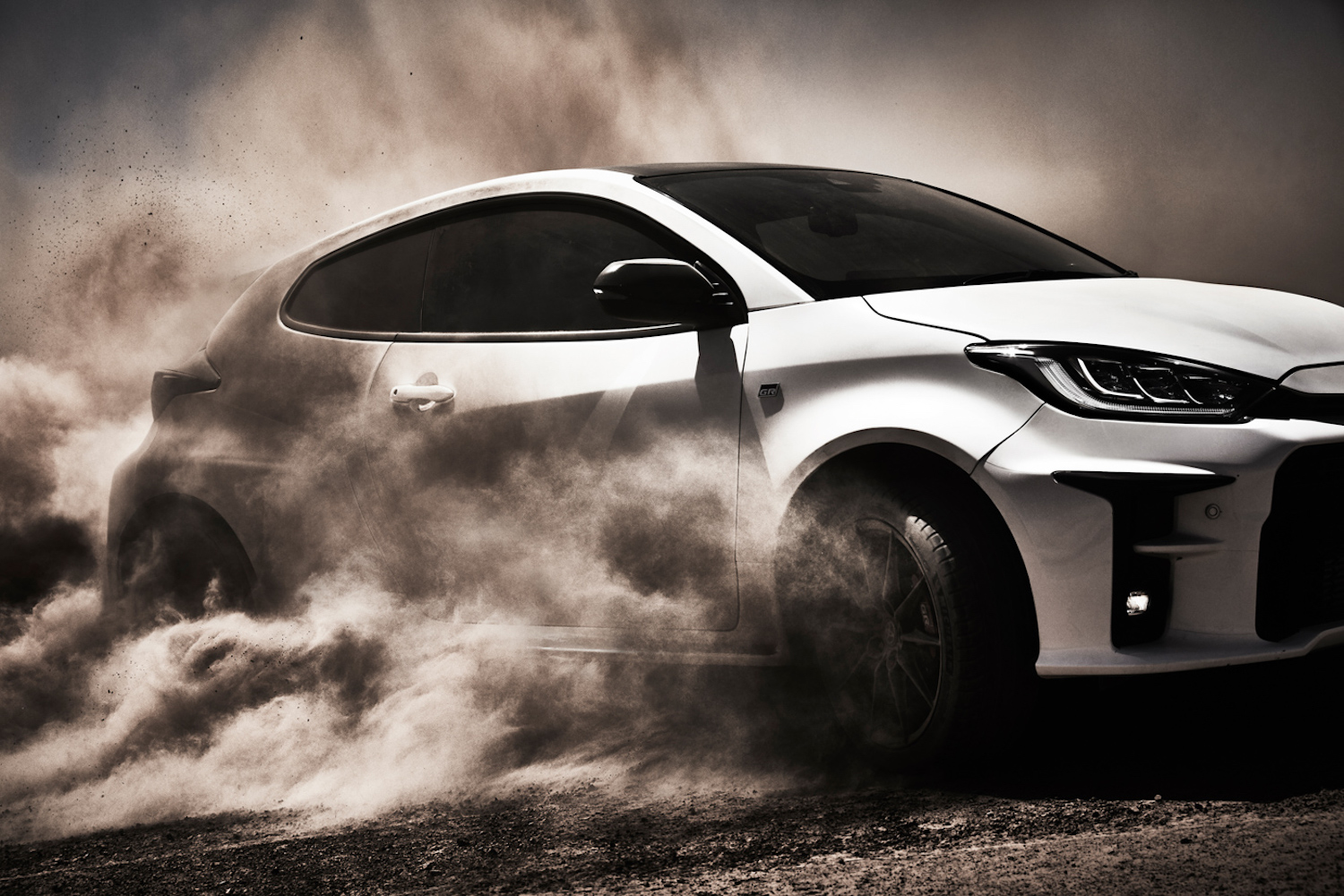 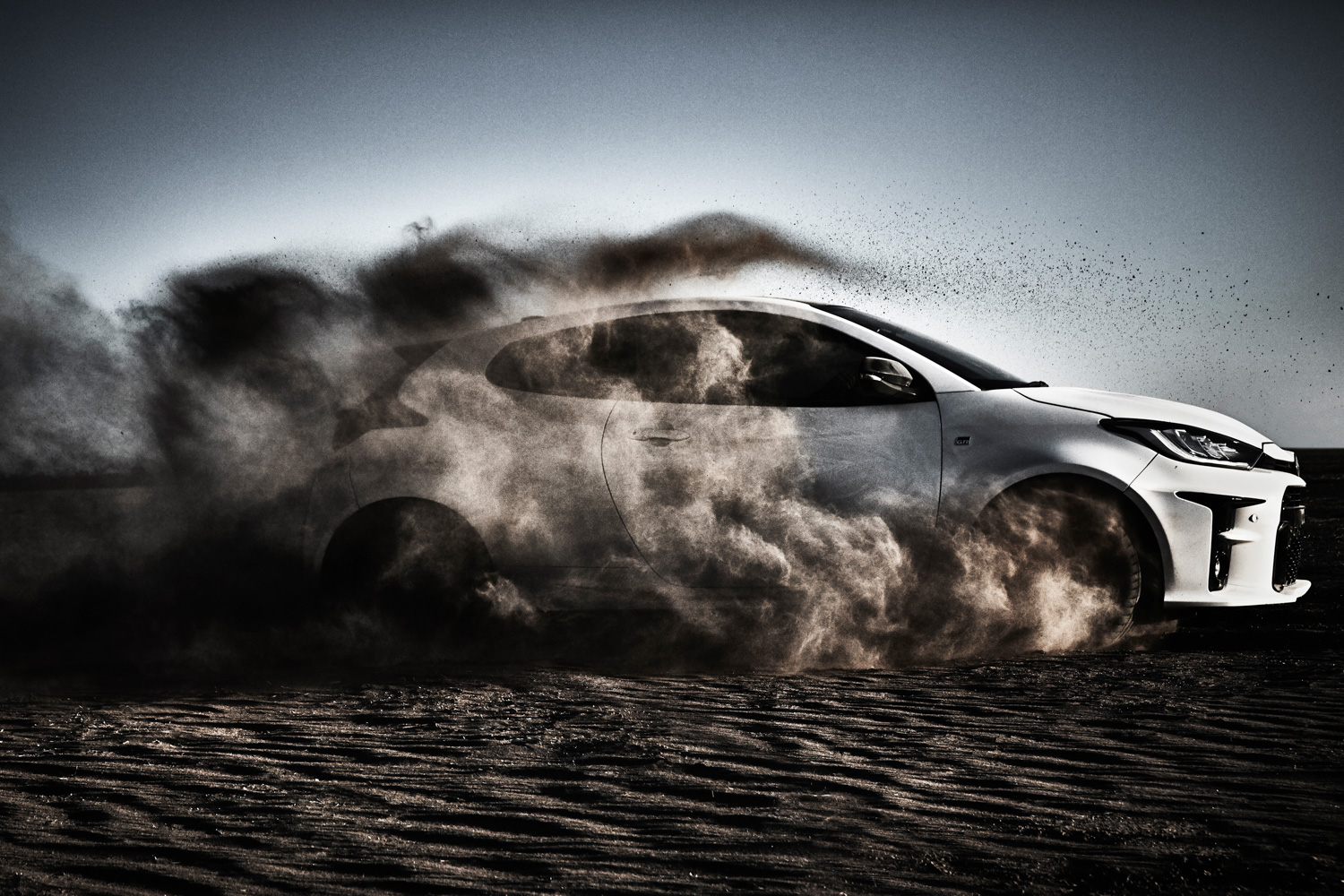 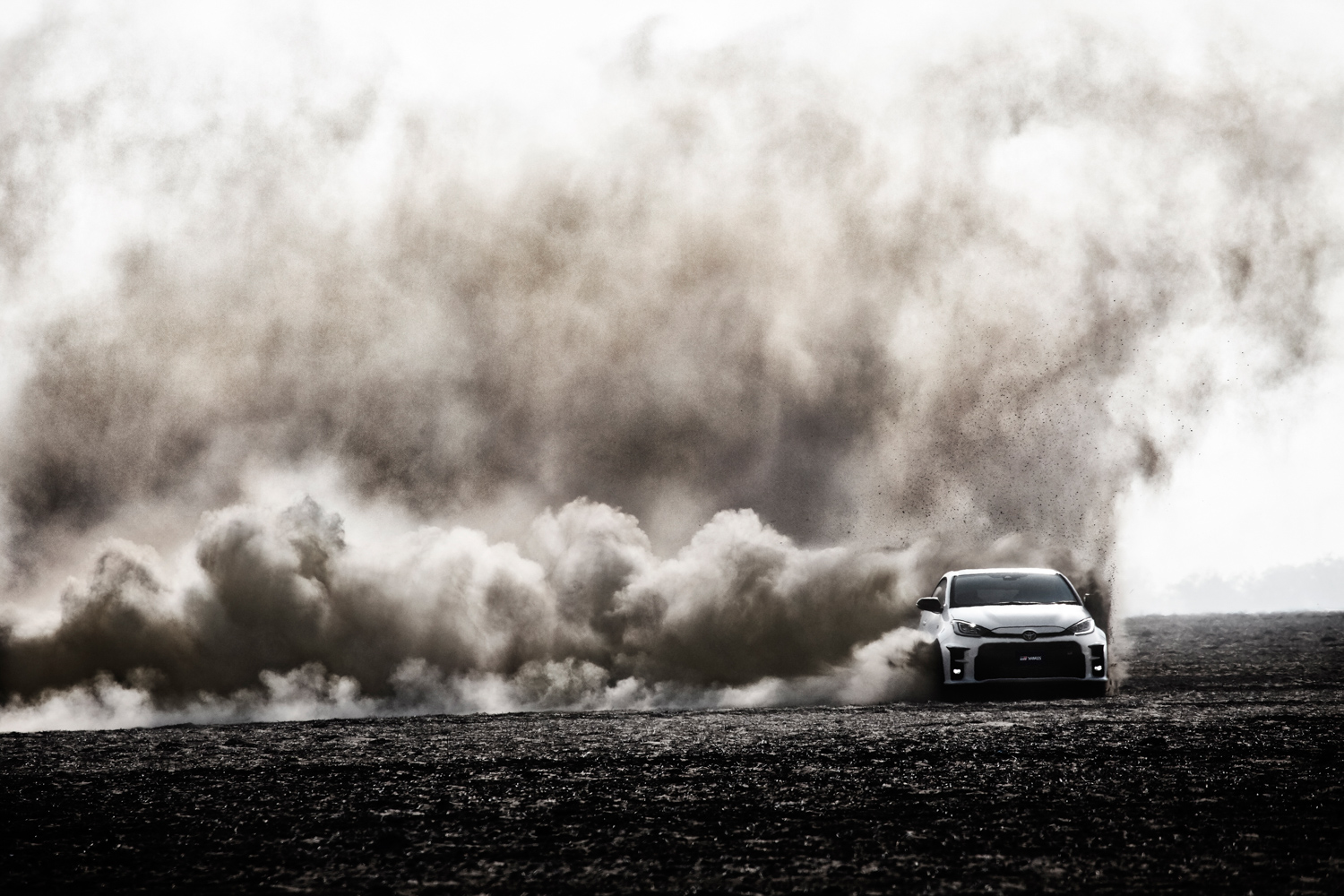 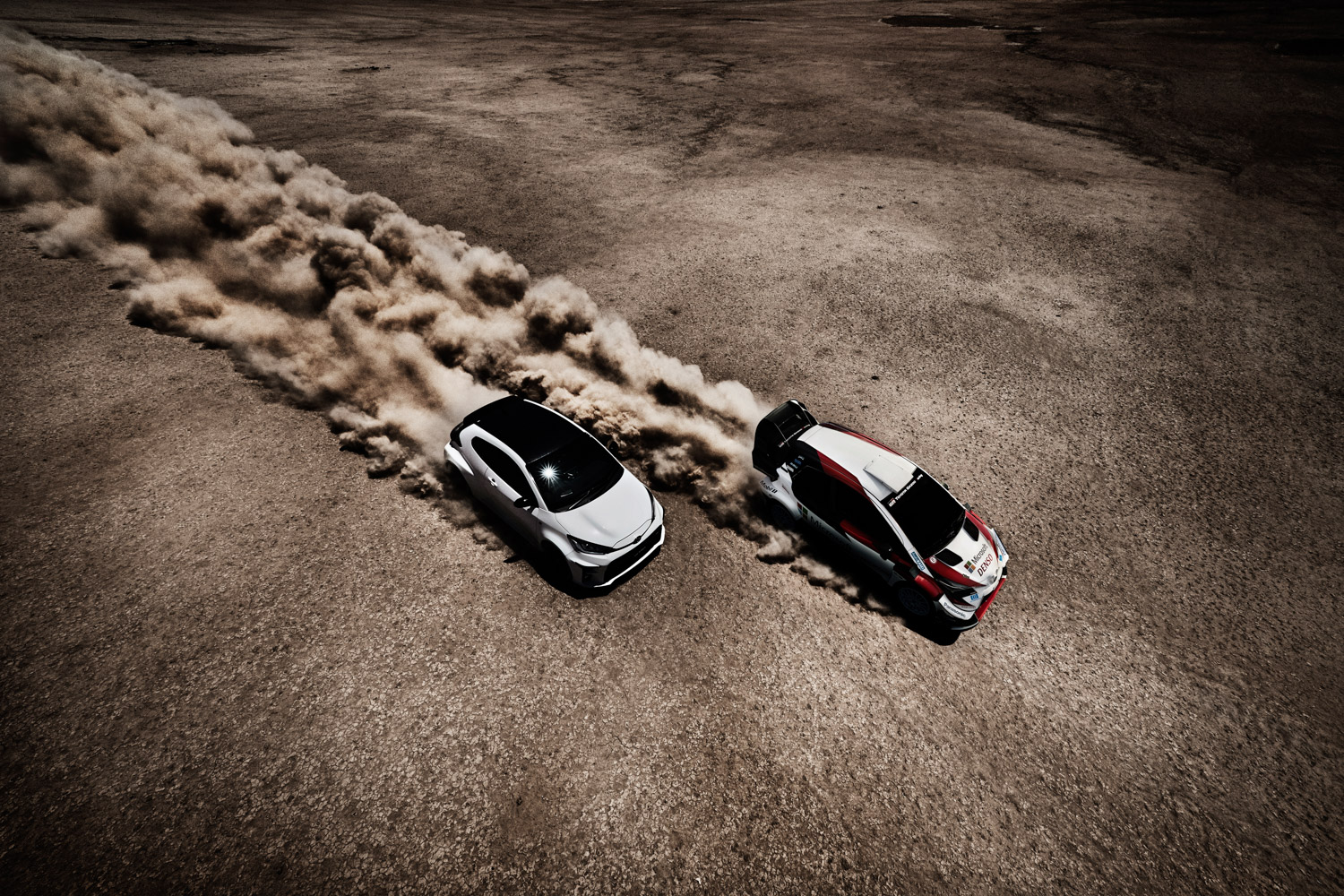 New hot Yaris GR4 gets 261hp and four-wheel drive, and some Irish input…

Toyota has officially unveiled the Yaris GR4, which will be both its on-road hot-hatch superstar and the basis for homologating its new World Rally Championship racer.

This is like no Yaris you've ever seen, and it's actually much closer to being a bespoke, purpose-built performance car than it is being merely a hot version of a standard hatchback. For a start, it's only going to be offered as a three-door (the standard new Yaris will be a five-door hatch), and the roof has been lowered by a whopping 91mm for better aerodynamics.

It doesn't stop there. Toyota's Gazoo Racing division (which also builds the Supra sports car and the TS050 Le Mans racer) has worked with Tommi Makinen's rally team to make the Yaris GR4 as special-stage friendly as possible. It weighs just 1,280kg thanks to a carbon-fibre roof and aluminium panels for the bonnet, doors, and tailgate.

That engine will drive all four wheels through a unique drive system. Instead of a traditional centre differential, the Yaris uses a 'clutch-pack differential' at each end. This is lighter, and it allows more flexibility within the system. The drivetrain will come with three modes - front-biased (60:40) for normal road driving; rear-biased (30:70) for 'sport' driving; and a track and stage mode that locks it into 50:50 front:rear. It will come only with a six-speed manual gearbox. And a proper handbrake for, er, careful parking manoeuvres. Yes. Those.

Wait, it gets even better. The driver can adjust four-wheel drive performance to suit their preference or the driving situation using a 4WD mode dial switch. In normal mode the base front/rear torque distribution is 60:40; in Sport mode the balance shifts to the rear, with 30:70 distribution to achieve a fun-to-drive quality on winding roads and circuits; and in Track mode the base setting is 50:50 for fast, competitive driving on circuits or special stages. In each mode, the torque balance will automatically adjust in response to the driver's inputs, vehicle behaviour and road or track conditions.

For the ultimate in control, there's an optional Track Pack which adds in a pair of Torsen differentials, to allow better distribution of torque between all four wheels. That pack also includes performance-tuned suspension and 18-inch forged alloy wheels with Michelin Pilot Sport 4s 225/40R18 tyres.

Speaking of suspension, the Yaris GR4 has some serious spring work going on under those boxy, blistered arches. Up front are conventional McPherson struts, but down the back Toyota has actually grafted on an entirely new section to the standard Yaris platform, allowing it to use double-wishbones for the rear suspension.

There's a serious braking system, too, with 356mm discs up front and four-pot callipers.

The Yaris GR will also be substantially hand-built, in a special facility at Toyota's Motomachi factory. The company says that: "Production of each vehicle calls for a large number of manual processes, for which Toyota utilises a specialist team of skilled workers. The factory design and the talents of the workforce allow for high-precision assembly of highly rigid vehicle bodies to levels that are hard to achieve on standard production lines."

And the Irish connection? Well, Northern Irish rally driver Chris Meeke has been part of the test team for the Yaris GR (even though he's now officially out of a drive at the Toyota rally team, and admitting that his time in top-flight rallying may now be over, although he will still be a reserve driver for the rally squad).

Describing the GR Yaris as: "So much fun," Meeke went on to say that "I think a lot of people will be waiting for this." Toyota's other world rally championship drivers were also let loose in the car, with Ott Tanak (who's actually leaving the team for Hyundai next year) saying that: "It's a very easy car to drive" while Jarri-Matti Latvala possibly spoke for us all by saying: "It's the sort of car what you want to have."

The GR Yaris has also been driven by a 'TGR Master Driver, code-named Morizo' who actually turns out to be Toyota's chief executive Akio Toyoda, a noted car-nut amongst global CEOs. "Personally, there's nothing I like more than the smell of gasoline and the sound of screaming engines" said Toyoda. "This GR Yaris brings out the wild-side in a gearhead like me."