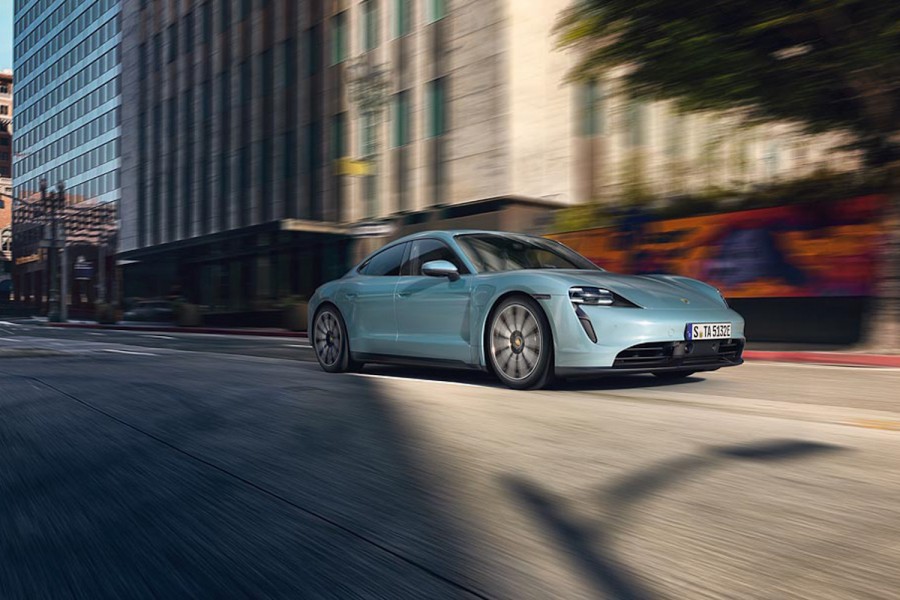 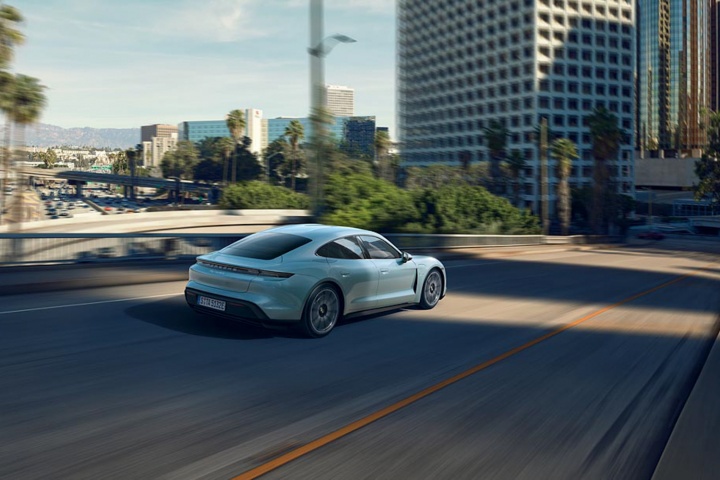 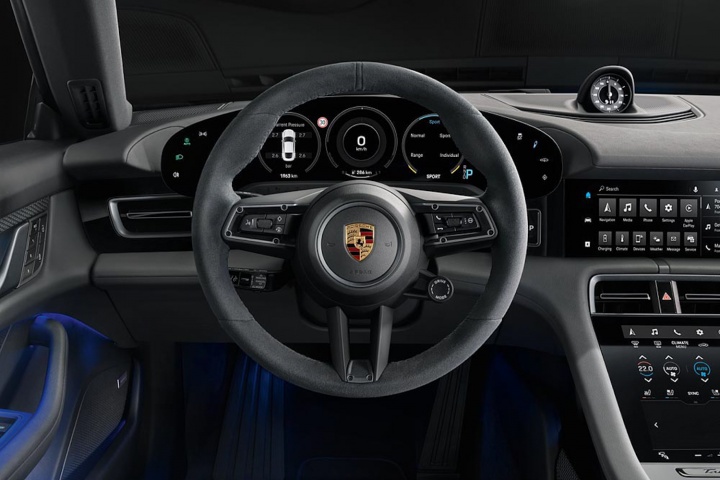 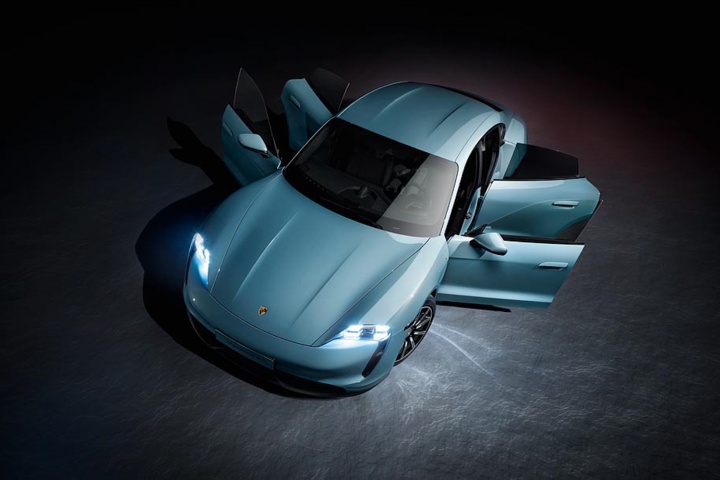 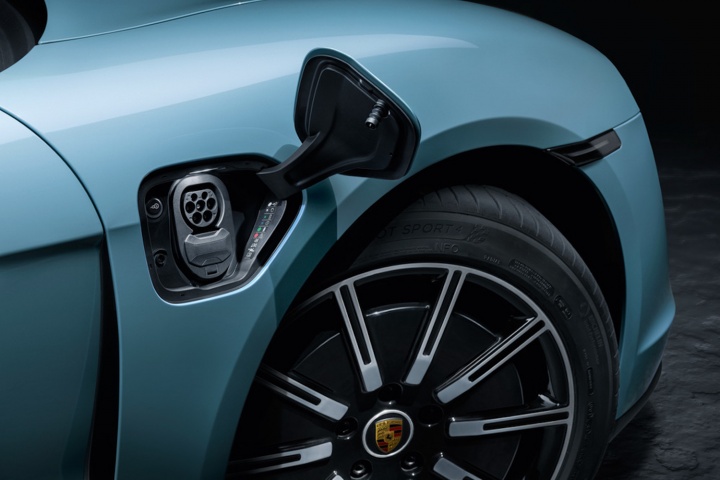 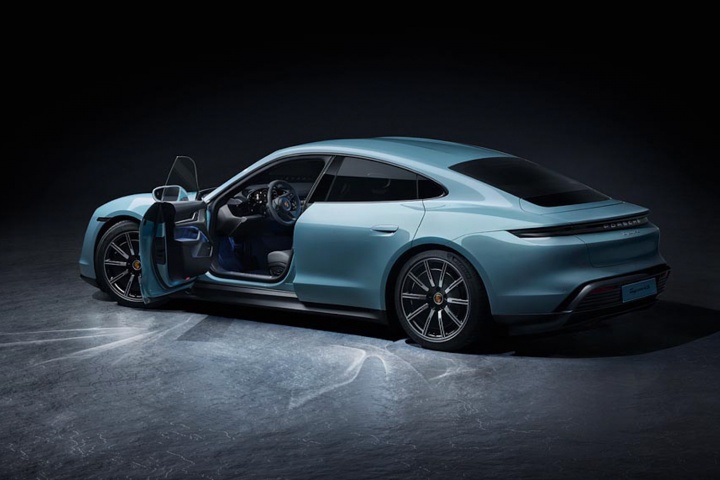 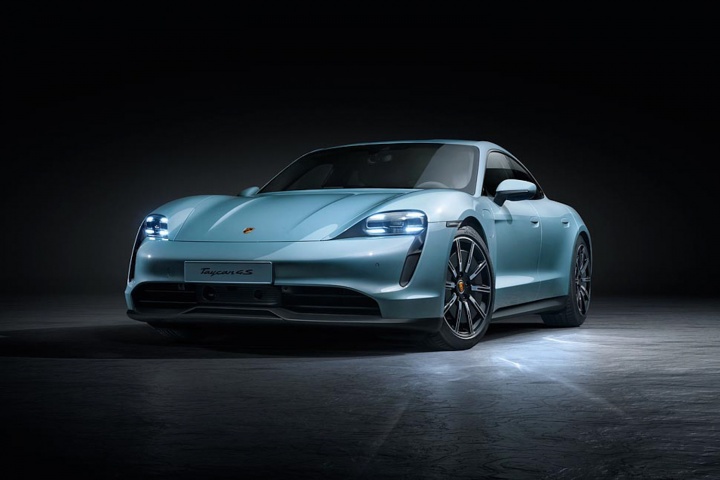 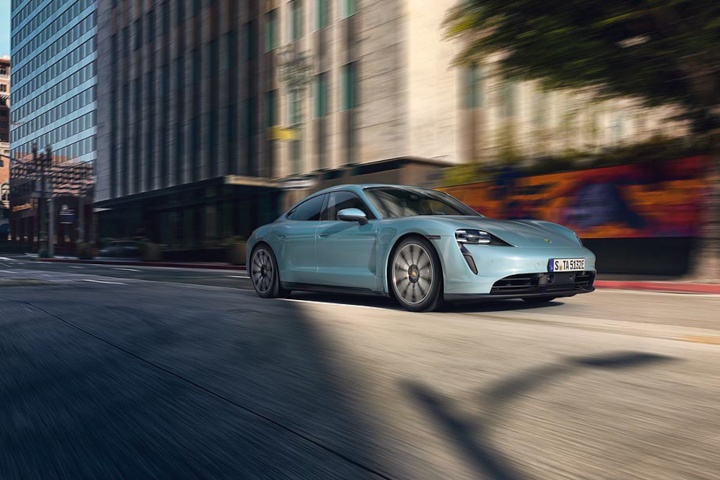 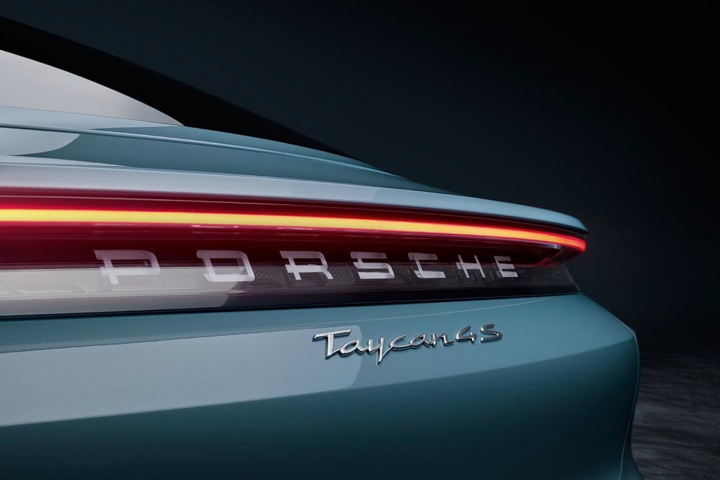 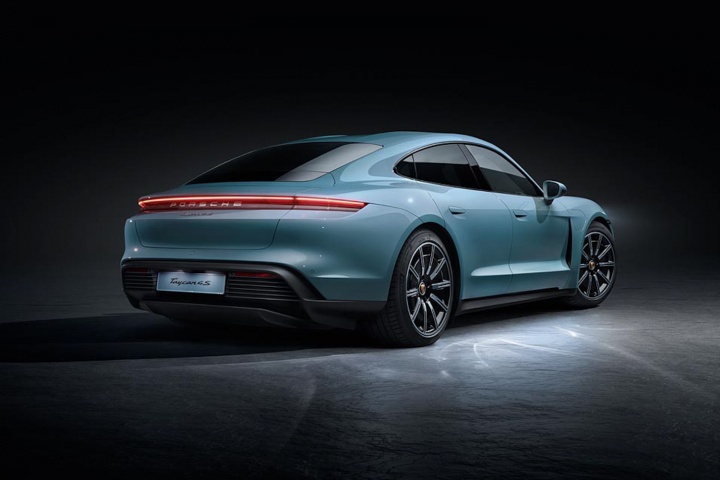 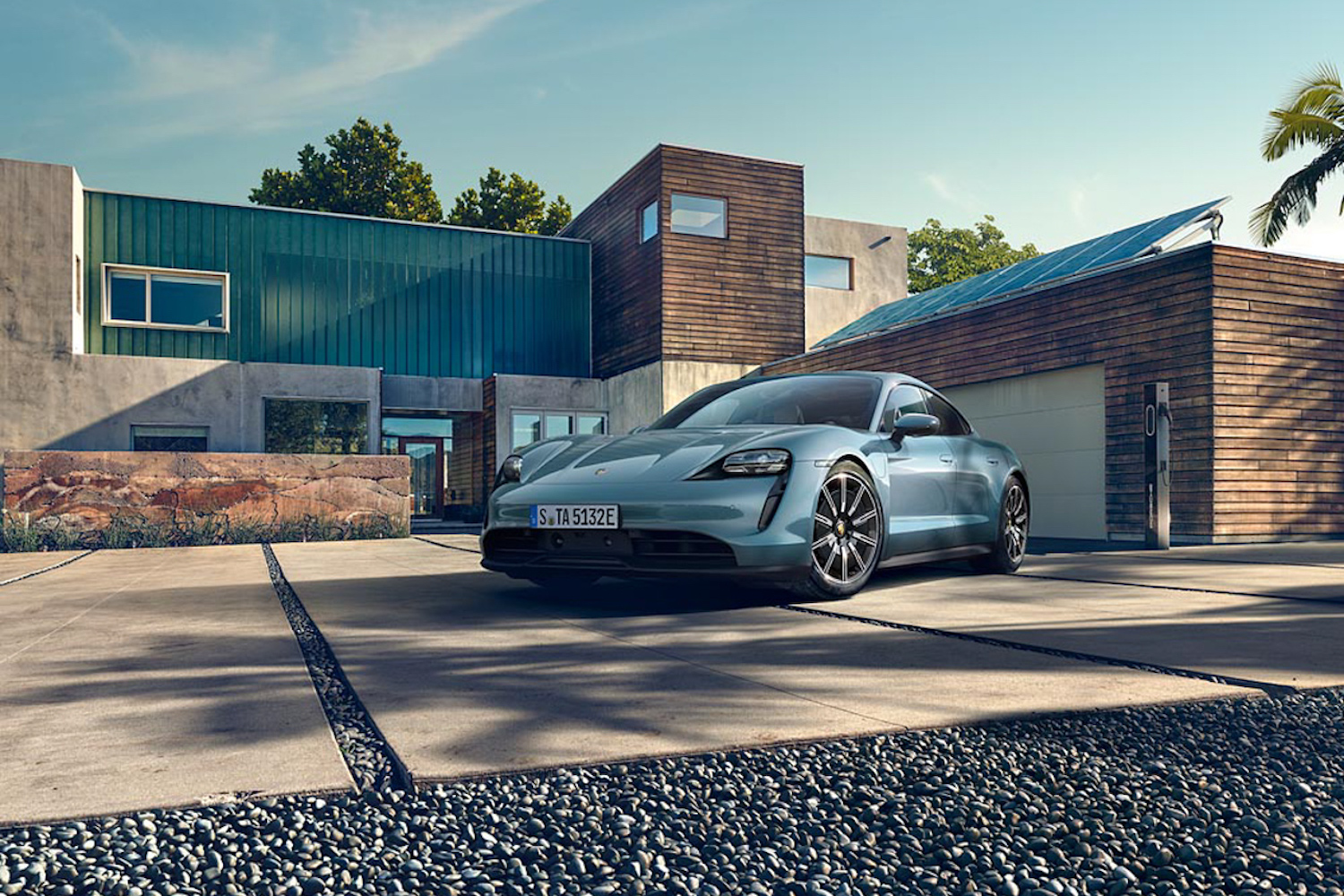 When we recently reported on the pioneering Porsche electric vehicle (EV), the Taycan, we said that more models would join the line-up beneath the top-ranking Turbo and Turbo S cars. Well, here's the first of them: this is the Porsche Taycan 4S.

Unlike the Turbos, which both deliver 625hp as standard and then leap to 687- (regular) or 761hp (S) on overboost, the Taycan 4S never gets beyond 600hp. Instead, it has a peak 390kW (530hp) set of motors on overboost, but go for the optional Performance Battery Plus (the PBP, which is bigger at 93.4kWh instead of 79.2kWh on the regular 4S) and the 4S will kick out up to 420kW (571hp). Choosing the PBP also increases the range of the Taycan 4S too, as it will do 406km on a charge as a 79kWh model and 462km as a PBP-equipped machine; that latter figure makes this the Taycan model which can go the furthest on a single charge so far.

There's another reason to go for the PBP option, too, which is charging times. Despite the 93.4kWh battery being the largest yet fitted to any Taycan, with the PBP it can take the maximum 270kW charging speed, whereas the regular 4S maxes out at 225kW. And talking of speed, both 4S models are quick: 0-100km/h is done and dusted with in four seconds dead, while peak velocity is limited to 250km/h.

Like its Turbo siblings, the 4S has two permanently excited synchronous electric motors (PMSMs), one mounted on each axle, with all-wheel drive and a two-speed transmission at the back. The rear PMSM of the 4S is shorter by 80mm than the 210mm items fitted to the Turbo and Turbo S derivatives, while the pulse-controlled inverters on the 4S operate with either 300 (front) or 600 amps (rear). Like the more powerful cars, the aerodynamic capabilities of the Taycan 4S are impressive, with an incredibly low coefficient of drag figure of 0.22.

Visually, beyond the badging at the rear of the Taycan, there are a few tiny signifiers that denote this is a 4S and not a Turbo (S). For instance, it wears 19-inch Taycan S Aero wheels, which are designed to cut through the air with minimal effort and drag, and its brake callipers are painted red. All of the front apron, side sills and rear diffuser are finished in black, which is unique to the 4S among the Taycans released so far. Up front, LED headlights with Porsche Dynamic Light System Plus (PDLS Plus) are equipped as standard, while the Taycan's high-tech interior is broadly the same as in the Turbos. That means a free-standing and cowl-less instrument cluster, a central 10.9-inch infotainment screen and the option to have a passenger display as well. The Taycan 4S comes with partial leather as standard, with Comfort front seats featuring eight-way electrical adjustment. As with other Taycan models, an entirely leather-free interior, with extensive use of recycled materials instead, is an option on the 4S.

The Taycan 4S is available to order from the Porsche Centre Dublin now, with a price of €113,060 likely to be reduced by the maximum SEAI grant of €5,000 for electric vehicles costing more than €20,000. First deliveries of the 4S will take place in January 2020 and customers will get three years' access to Ionity and the Porsche Charging Service as part of the purchase price.