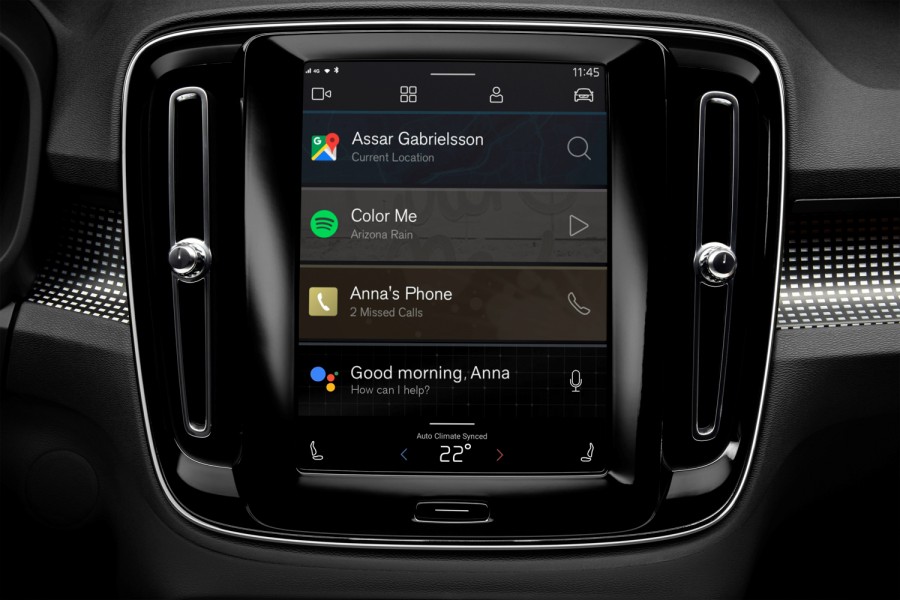 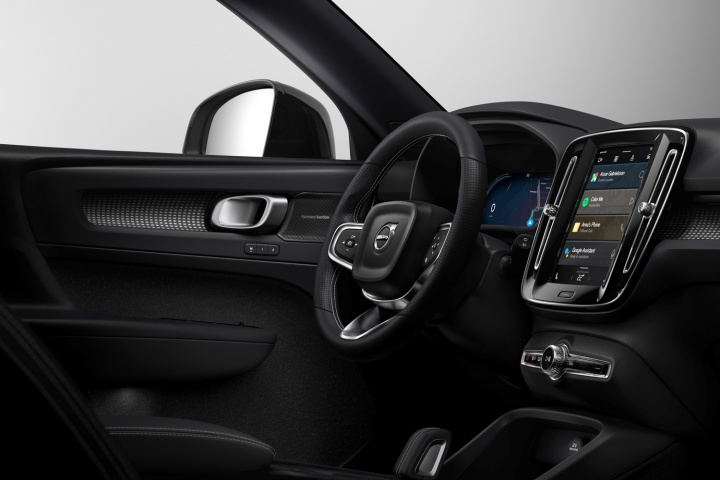 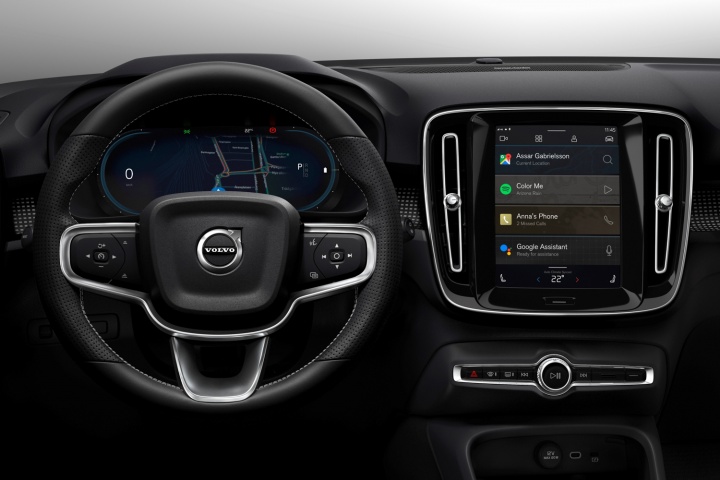 Volvo reckons that the touchscreen infotainment system that it's going to fit to the new electric XC40 is "fundamentally rethinking infotainment."

Well, that's a big claim - not least because these big flashy touchscreens are fast becoming a defining feature in new cars, one that can make the difference between buying or not buying, or even customer loyalty into the future.

So, Volvo has teamed up with Google (actually the two companies have been collaborating for some time now) to help create the infotainment system for the new electric XC40. That means that, right from the get-go, the system will have such apps as Google Assistant, Google Maps and the Google Play Store built-in and ready to use.

Software updates over the air

The system uses Android Automotive OS, which is Google's open-source in-car entertainment software system, which among other things means that the Maps app will be kept constantly up to date, and the whole setup can be updated over the air.

"We are finally giving you the same experience in your car that you're used to on your phone, but adapted for safe interaction while driving," says Henrik Green, Chief Technology Officer at Volvo Cars. "And by introducing over-the-air updates for everything from maintenance to completely new features, the car can stay as fresh as your other digital products, always with the latest and greatest features."

Volvo reckons that one of the big advantages enjoyed by the system is that it's already familiar to developers around the world, so new apps will be immediately available to download through the Google Play store.

Google Assistant means you'll keep your eyes on the road

The addition of Google Assistant also means that it'll be easier to sync your existing preferences for podcasts, music and so on, and will help to keep your eyes on the road, being as you'll be instantly comfortable using the voice-control systems.

The live map updates also include real-time traffic info which not only means you can re-route away from holdups, but Volvo says that the incoming data can also be read by the car's driver assistance systems, which means they'll be pre-warned of any potential problems up ahead.

Volvo hasn't turned all of its software work over to Google, though. The Swedish car maker is continuing to develop its Volvo On-Call service, which includes such functions as pre-heating your car on a cold winter's day, finding your car in a large car park, remote locking and unlocking and car sharing via a digital key. With the Google add-ons that will expand to include new features such as monitoring battery status and charging levels.