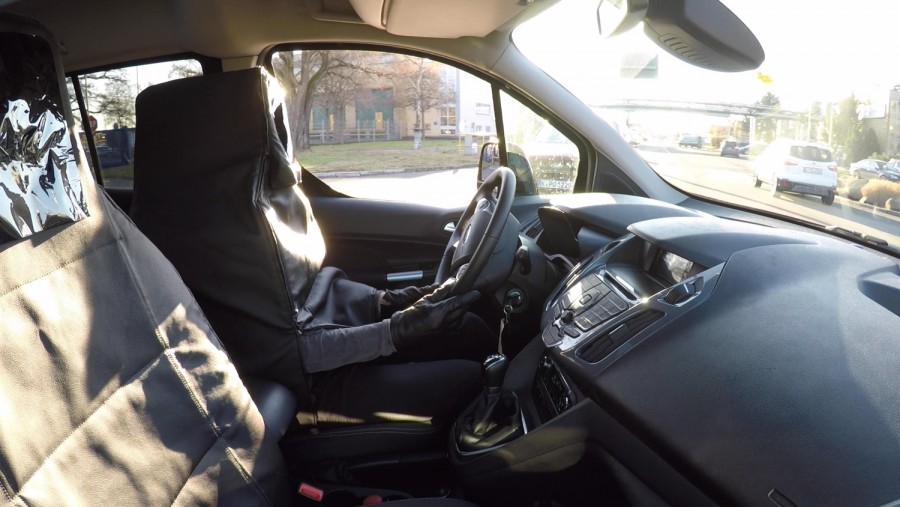 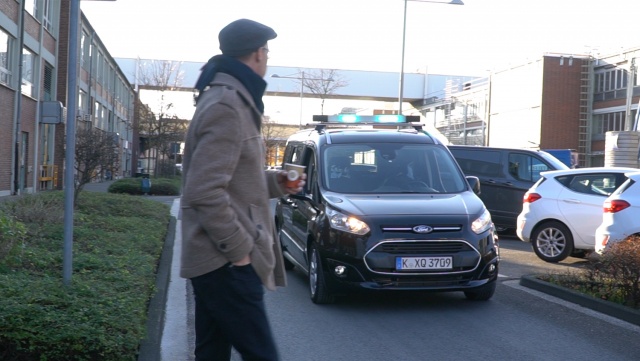 High-mounted lights could be the way for autonomous cars to let pedestrians know what they’re up to.

Right, it's official. The rush towards autonomous motoring has finally pushed car makers over the edge into self-parody. As if Jaguar's insane 'googly eyes' self-driving pod wasn't weird enough, now Ford has test drivers dressing up as seats.

No, seriously. Ford, along with other car makers, has been working on ways for autonomous cars to communicate wordlessly with pedestrians. One solution has been to try and mimic the eye contact that we, as drivers, naturally make with other road users. Ford's idea is that a series of lights, which can flash in different shapes and colours, mounted above the windscreen, could be the answer.

"Fundamentally, people need to trust autonomous vehicles and developing one universal visual means of communication is a key to that. Turning someone into a 'Human Car Seat' was one of those ideas when there was a bit of a pause and then a realisation that this was absolutely the best and most effective way of finding out what we needed to know," said Thorsten Warwel, manager, Core Lighting, Ford of Europe.

Ah yes, the human car seat. To be able to test this autonomous car tech properly, Ford needed a car that could be driven without a visible driver. The easiest way to do that is to use an old Hollywood trick, and get a stunt driver to wear a suit that mimics the shape of a car seat. Again, no, seriously.

Working with the University of Technology in Chemnitz, Germany, Ford equipped a Transit Connect with the light system and the guy dressed as a seat. It seemed to work - 60 per cent of 1,700 random pedestrians asked thought that the car was indeed autonomous. They also decided that turquoise was the right colour for the lighting system, as it was easier to see than just white, but not confused with the blue or red colours of emergency vehicles.

"Making eye contact is important - but our study showed that first and foremost road users look to see what a vehicle is doing. The next step is to look at how we might ensure the light signals can be made clearer and more intuitive to everyone," said Dr. Matthias Beggiato, Department of Psychology, at the university, with which Ford worked on the "InMotion" project, funded with the help of €1 million from the German Ministry of Transport and Digital Infrastructure as part of the Research Programme on Automation and Connectivity in Road Transport.

The disguised drivers were given special training to be able to drive around safely while wearing the restrictive disguise, and an assistant was sat in the back of the car, able to help and to give the driver a ready supply of water.