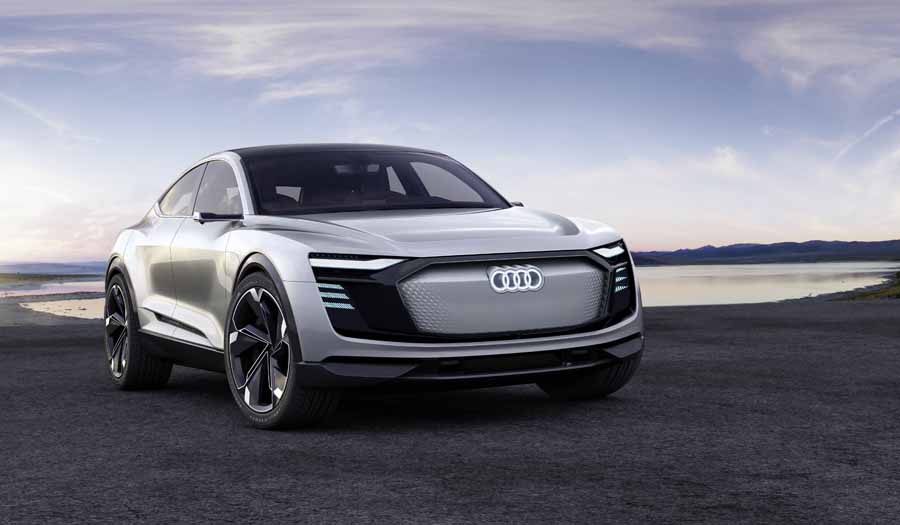 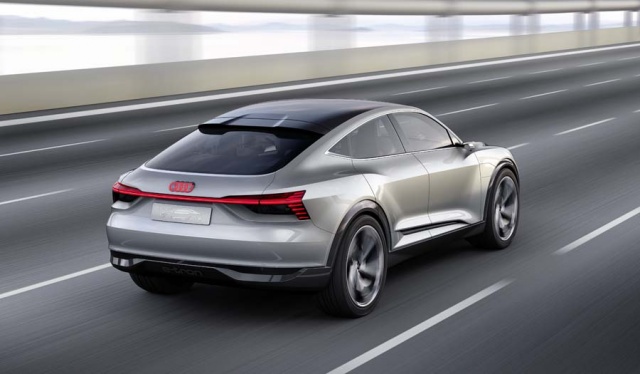 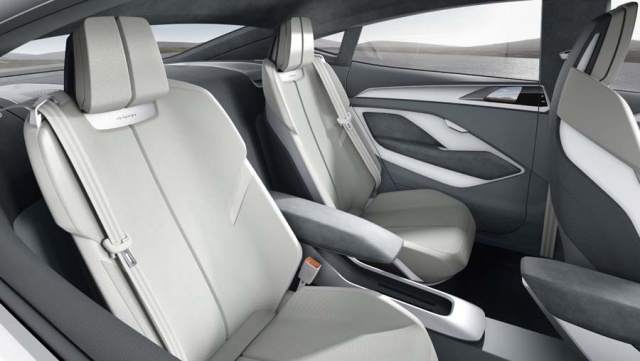 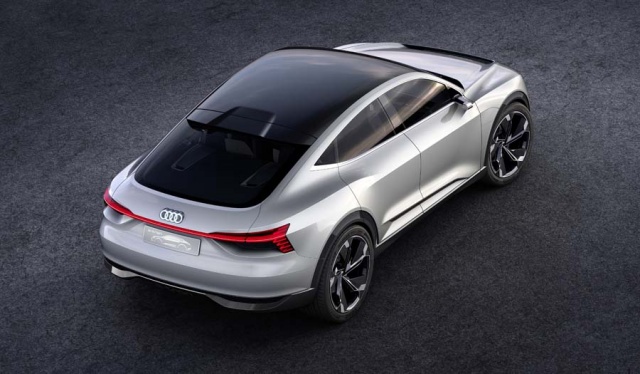 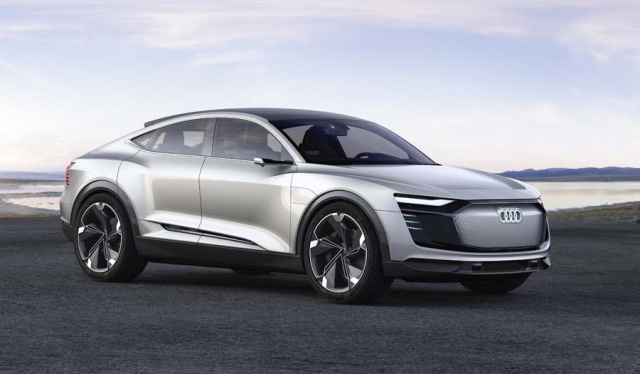 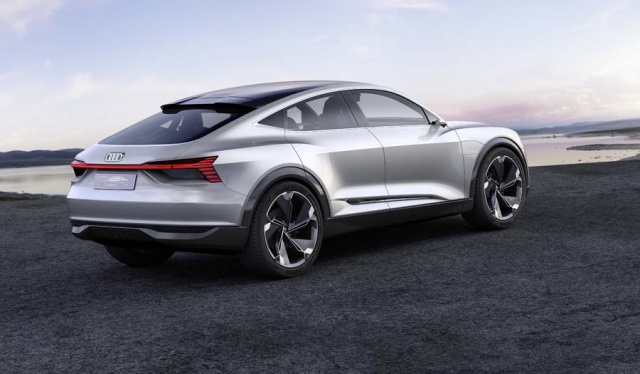 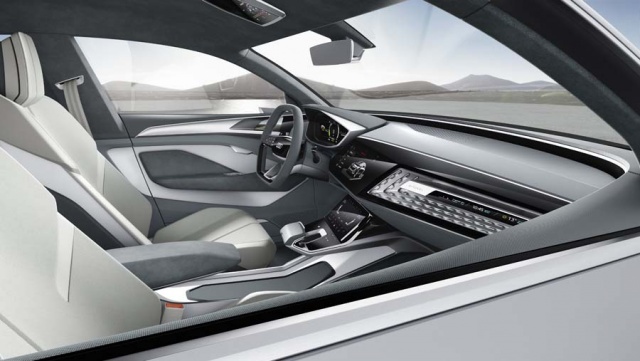 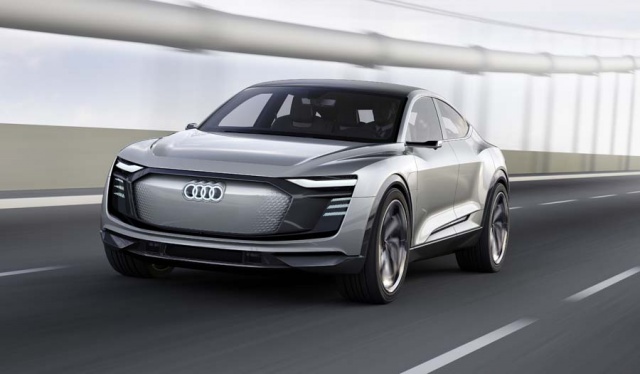 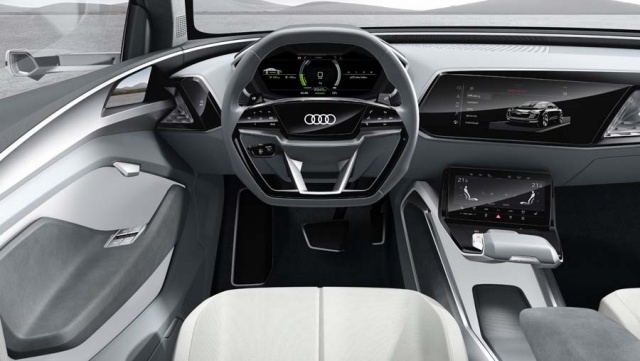 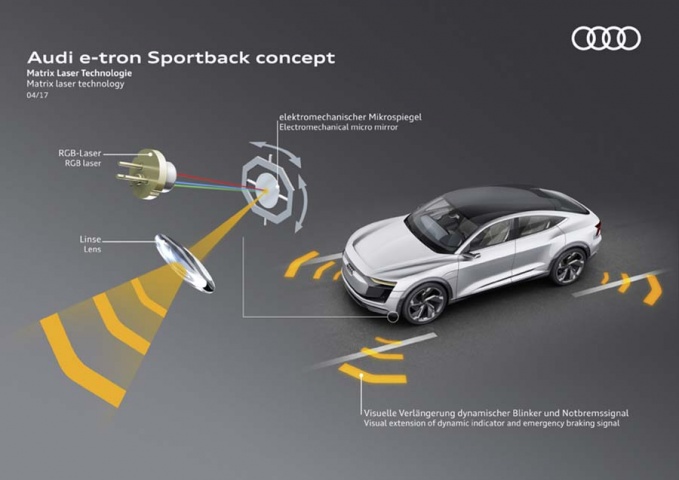 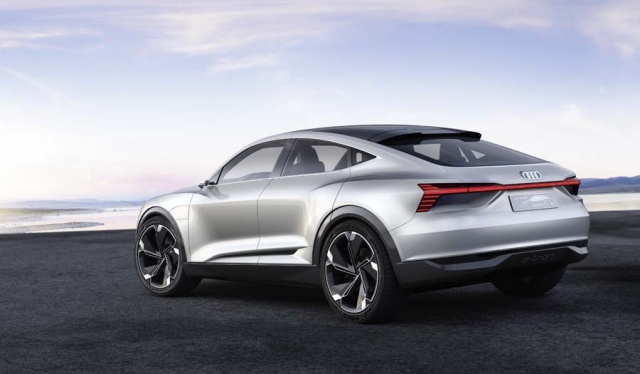 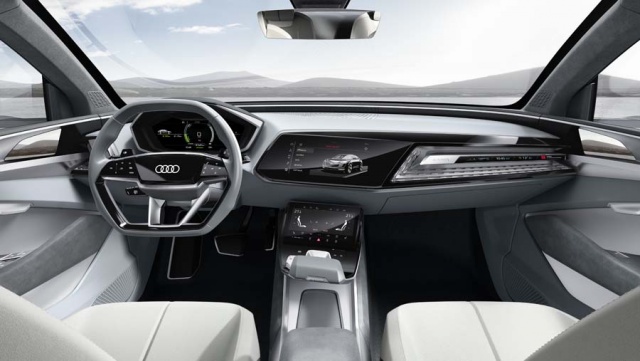 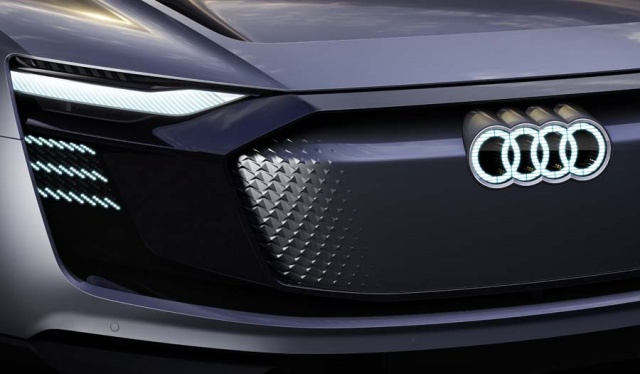 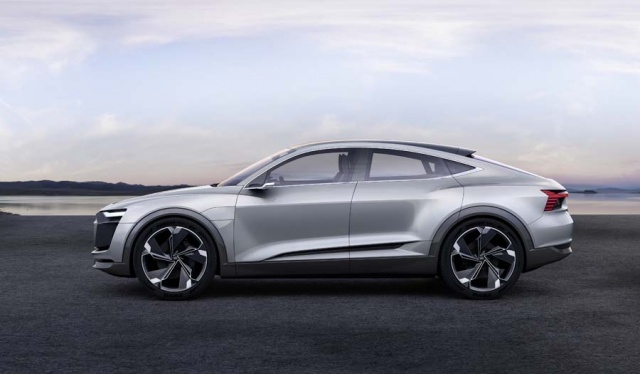 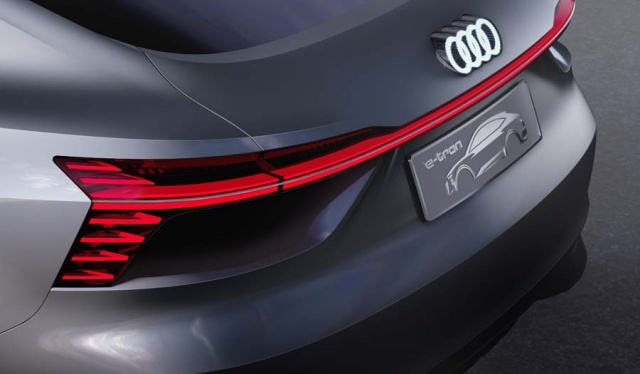 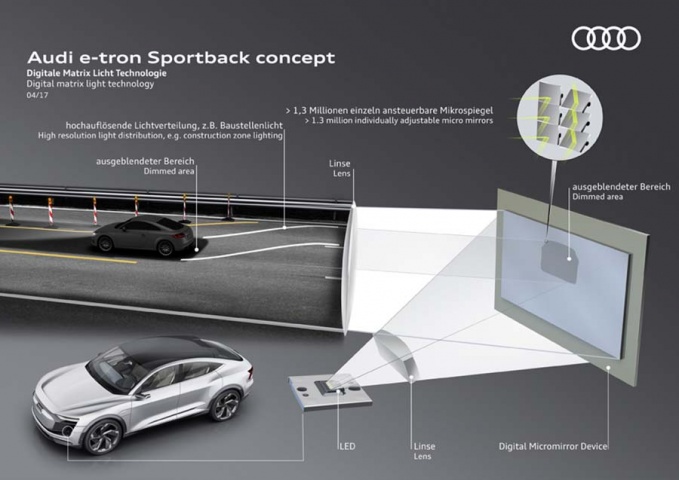 This is the Audi Gran Turismo e-tron Sportback concept, shown off with great delight at the Auto Shanghai show in China. Think of it as a coupe version of the e-tron Concept SUV and you're on the right lines.

With its sloping roofline and daring aesthetic treatment, it's clear to see the e-tron Sportback is a super-cool electric vehicle, even if you know nothing about cars. It features cutting-edge exterior lights in the for the Matrix LED clusters front and rear, with 250 LEDs in the two 'light fields' either side of the Singleframe grille. Overall, the e-tron Sportback is 4,900mm long, 1,980mm wide and 1,530mm tall, with a 2,930mm wheelbase. It sits on six-spoke 23-inch wheels as well, which are about as likely to make production as a flying carpet will be any time soon.

Inside the concept car, the touch-sensitive multiscreen array that was previewed as the Audi Virtual Dashboard at a technical day last year is utilised to give the fascia the typically stark, minimalistic look of any show car's cabin. Four 'floating' seats are used within, despite the fact the e-tron Sportback has its 95kWh lithium-ion battery pack is mounted in the floor space between the axles - a move designed to both keep the centre-of-gravity low, while also simultaneously providing the maximum amount of interior space.

This Gran Turismo Sportback Audi uses exactly the same three-motor e-motor drivetrain and configuration as the regular e-tron. That means one motor up front and two at the rear, providing quattro traction, while the overall output is 320kW (or 435hp, the same power as an Audi SQ7) and 370Kw (503hp) in boost mode. Audi claims the e-tron Sportback can do 0-100km/h in 4.5 seconds and go more than 500km on a charge, too. Weight distribution is said to be 52:48 front-to-rear.

Dr Dietmar Voggenreiter, member of the board of management for Marketing and Sales at Audi, explained both the Shanghai debut and the company's e-tron vision: "We have made a conscious decision to give the Audi e-tron Sportback its first showing here in Shanghai, because China is the world's leading market for electric automobiles. In the next five years, we will be offering five e-tron models in China, including purely battery-powered vehicles with ranges well in excess of 500 kilometres such as the Audi e-tron Sportback."