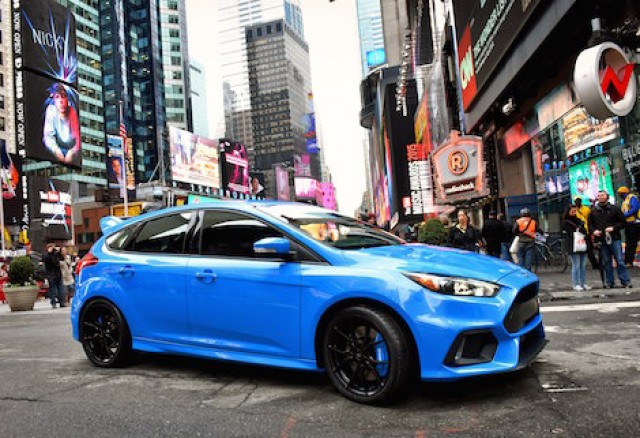 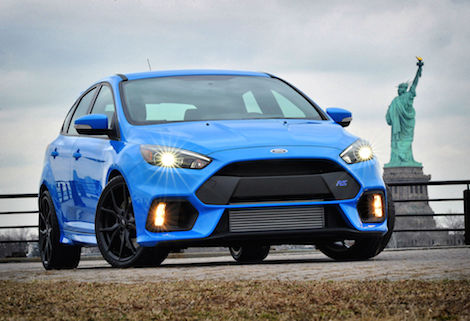 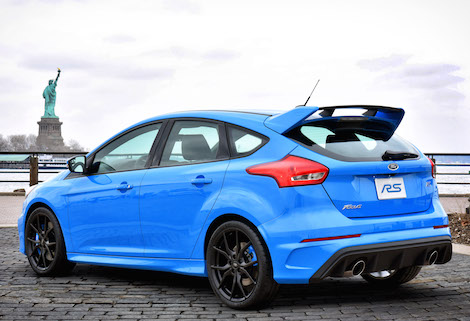 What's the news? The news is that the new Ford Focus RS is quick with a capital F.

The 350hp, 440Nm super-hatch (which can pump out short bursts of 470Nm too) can blitz the 0-100km/h run in just 4.7 seconds, and has a maximum speed of 265km/h. That puts it amongst some serious performance car royalty. It's faster than some classic supercars (Honda NSX and Nissan's R34 Skyline GT-R amongst them) and crucially is faster than Volkswagen's Golf R, albeit by just 0.2 seconds.

All of that grunt is controlled by a four-wheel drive system that can vector its torque between the two rear wheels as needed, and which is further backed up by a clever electronic stability control system that can also brake individual wheels to help trim the car's cornering attitude. For the first time on a car with a manual gearbox, there's launch control, which tweaks the four-wheel drive system, dampers, torque overcast control and pretty much everything else to help give you the maximum thrust off the line. There are even change-up lights to tell you when you're getting near the redline.

There are also four driver-selectable driving modes to choose from; Normal, Sport or Track settings are available, alongside a special Drift Mode, which can help you get all slidey-sideways when it's showboating time.

"The all-new Focus RS delivers stunning performance and innovative technology at a price that will make both our customers and premium automakers look twice," said Jürgen Gagstatter, chief program engineer for Focus RS. "After experiencing the acceleration and cornering capability of the Focus RS, drivers will question the sense in spending almost £10,000 more on a premium competitor."