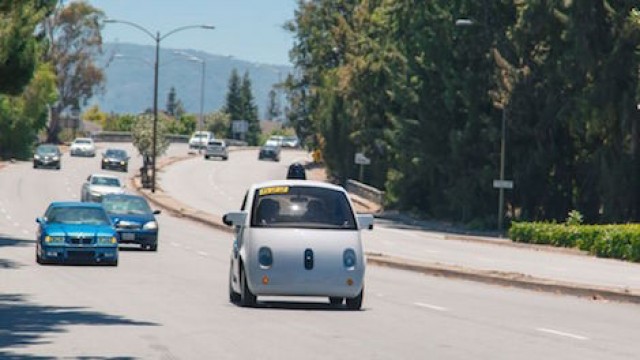 Google’s pod-like cars take over from the Prius and Lexus fleet.

After years of relying on modified Prius and Lexus models, the first Google cars have started to make their way out on to the road. Revealed last year, the two-seat pod-like cars have previously been restricted to use at a former Air Force base but last week four of the autonomous cars took to the streets around Google's Mountain View headquarters in California for the next stage of development.

The new cars are fitted with the same sort of technology that has seen the various Prius and Lexus Google cars rack up nearly 2 million miles of testing. The new cars are designed to be fully autonomous and do not feature a steering wheel or pedals, but the test cars do have these controls in place, in addition to a human occupant to take over in the case of emergencies.

So far, 25 of these pod-like cars have received permission from California's Department of Motor Vehicles to drive neighbourhood roads with restricted top speeds of 40km/h. If all goes well, Google hopes to gain regulatory clearance to remove the steering wheel, brake pedal and emergency driver from the prototype.