Most powerful roadster ever - by Bugatti 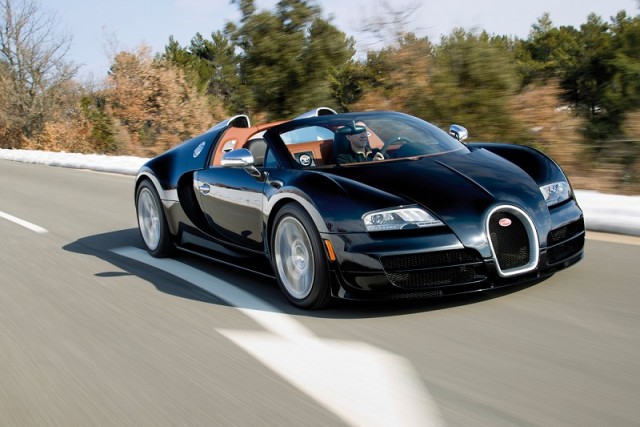 Bugatti's latest Veyron is the fastest, most powerful roadster ever.

Bugatti has confirmed that it is to build a high(er) performance version of the open-top Veyron Grand Sport. As predicted, the car will be unveiled at the upcoming Geneva Motor Show, which takes place at the beginning of March.

To cope with the extra power - and a torque figure of 1,500Nm - the Bugatti engineers have modified the chassis and given the Vitesse the enhanced aerodynamics of the Super Sport. Performance figures have not been announced but a sub-three-second 0-62mph time seems likely.

Bugatti has also neglected to tell us how much the Vitesse is likely to cost, but we would not expect to get much change out of €3 million.