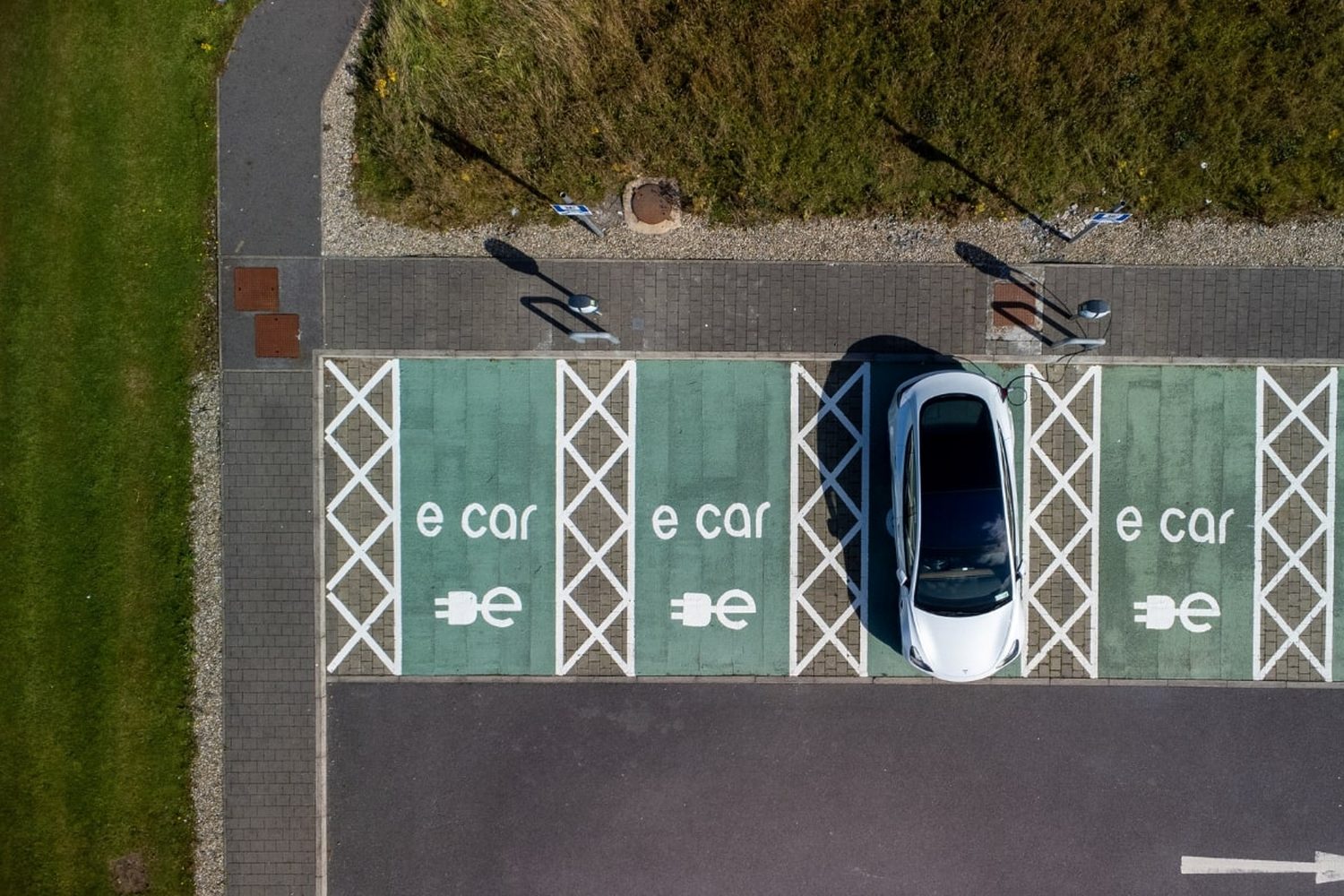 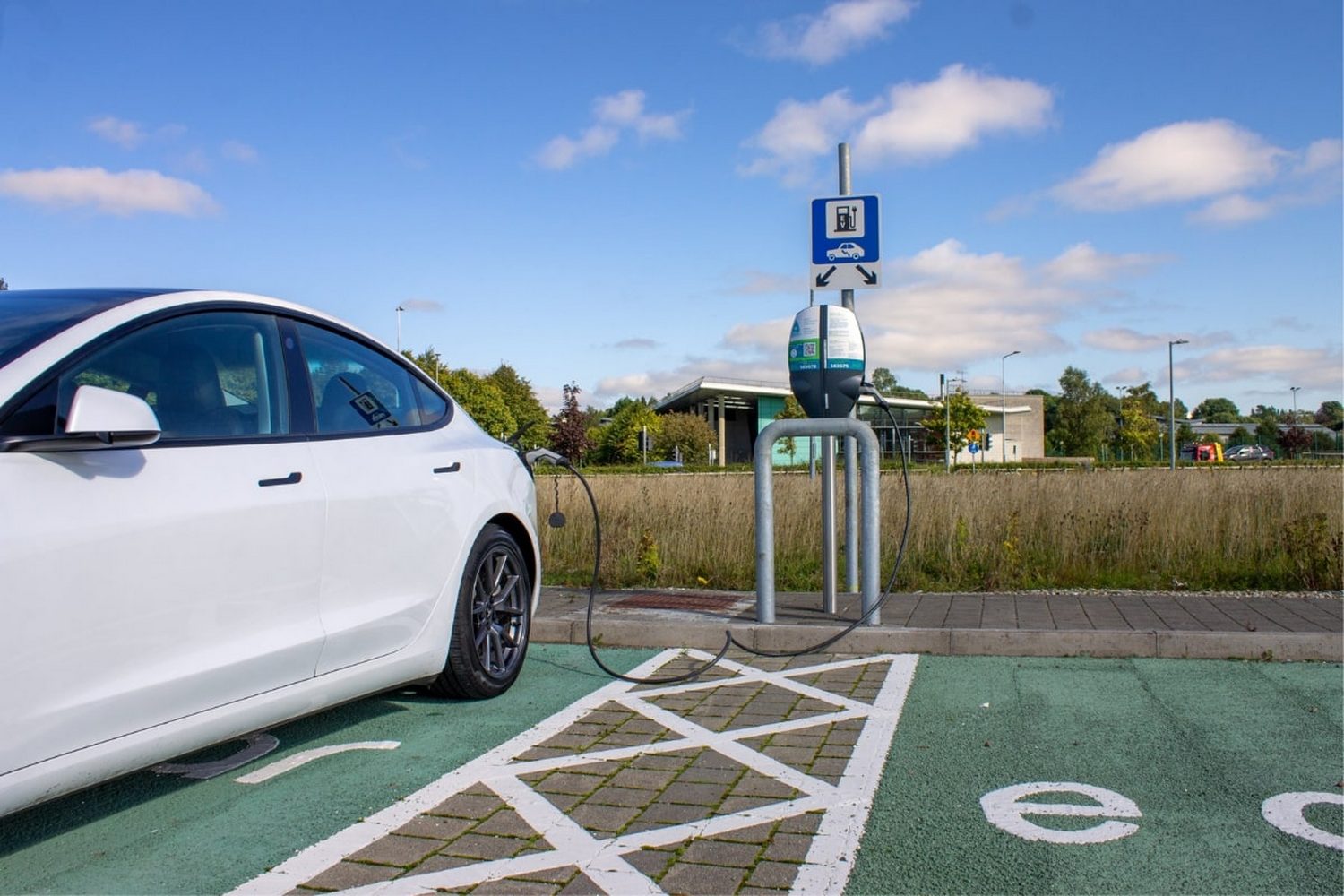 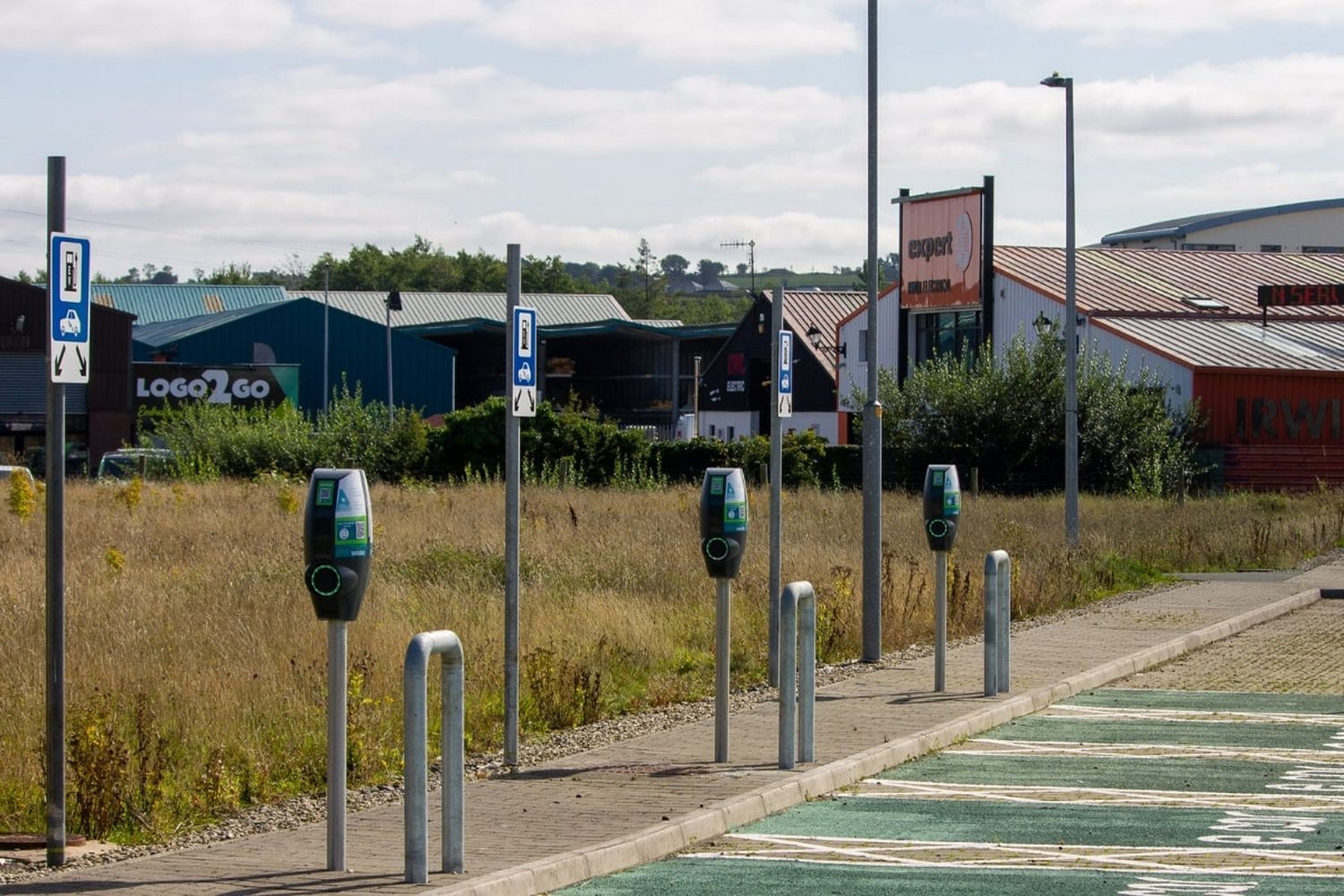 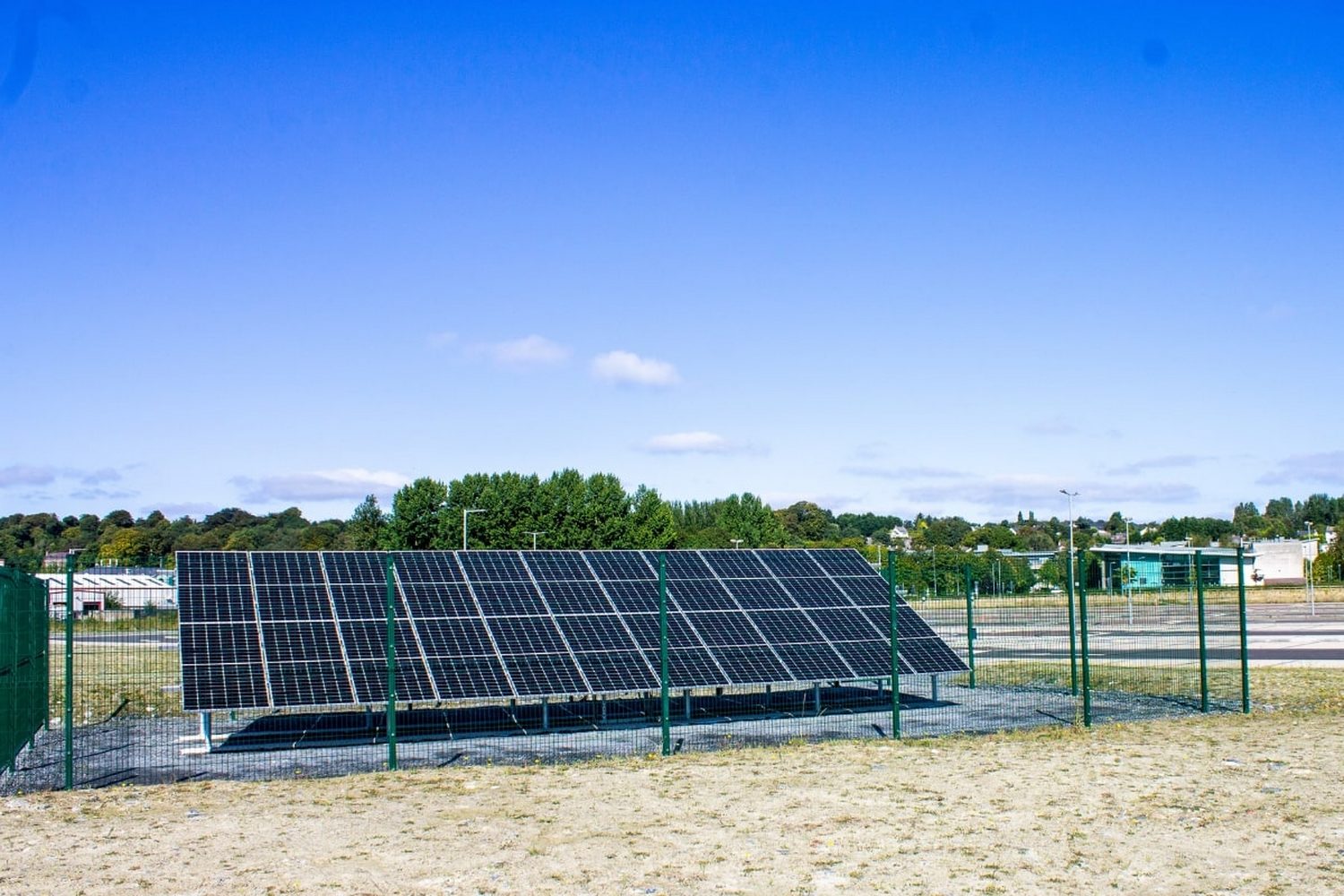 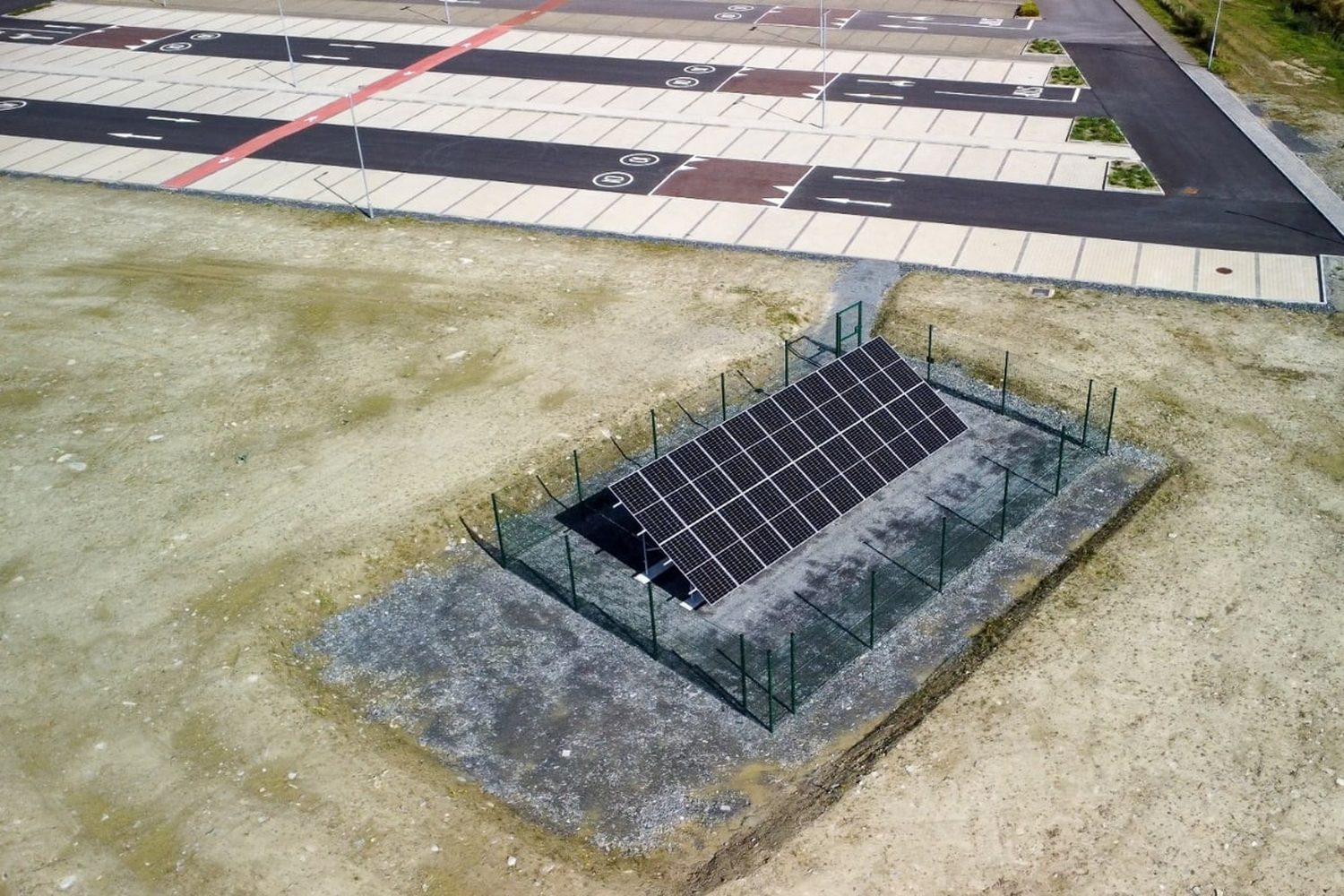 Letterkenny IT gets a new solar-powered EV charging hub.

The pilot, a collaboration between the university and Wicklow-based charging point installation firm Randridge Technologies, sees a 10kW array of photovoltaic panels combined with a 10kWh battery storage system and six 11kW EV charging bays located in one of the campus car parks.

One way to grow EV infrastructure

While the hub's storage capacity is small, the overall goal of the experimental pilot, the university said, was to showcase the kinds of technology which will be required to enable Ireland to meet its (admittedly wildly ambitious) goal of one million electric vehicles on the road by the end of the decade as part of a broader effort to achieve its emissions goals.

"One in five cars sold so far in Ireland this year was electric," said Dr Nick Timmons, a lecturer in electronic engineering at ATU and the project lead on the solar charging hub.

"Although this represents an increase of 13 per cent from last year, the rollout of public charge points has been much slower and could hinder future EV growth."

"Furthermore, data from the 2022 Census identified the availability of recharging infrastructure as a key influencing factor in the purchase of EVs among the general public and the scale-up of such facilities will be critical in realising Ireland's zero emission vehicle adoption targets."

There are, at present, fewer than 3,000 public EV charge points in Ireland. The UK, in contrast, increased the size of its public charging network by around 10,000 outlets in the last year alone, even though the year-on-year percentage growth rate in EV sales between the UK and Ireland is comparable.

In addition to representing one highly sustainable weapon in Ireland's arsenal when it comes to expanding the EV charging network, set-ups like the one seen in Letterkenny, according to Dr Timmons, are beneficial in other ways, too, including when it comes to reducing demand on the grid. They're also useful, he said, as a means for businesses and organisations such as the university to utilise their real estate by installing solar panels on some open spaces, which can then be used to reduce the organisation's electricity consumption and bills.

"This installation is a great example of how the greater adoption of slow charge points can turn public areas into renewable energy generating assets, while also accelerating the transition to electric vehicles.

"The system ensures that EVs can achieve a level of charge that covers day to day driving needs and does it in the most carbon efficient way, utilising dwell times of several hours, when cars are parked. This approach fits with the advice from car manufacturers that slow charging is optimal when maintaining EV battery health over time.

"In addition, the battery storage captures excess energy which can then be used to power the campus car park lights over the coming months."

With the panels producing more electricity than is required by the EV charging hub, the university can sell its power back to the grid and derive an additional income stream. Interestingly, the panels are of an experimental double-sided variety which are theoretically also capable of capturing light reflected back off the ground - especially effective in snowy climes.

Commenting on the installation of the new charging hub, Mary Daly, the estate's manager at ATU Donegal, said that, at present, she sees the demand for EV charging infrastructure growing at the university each year.

"With a growing staff, student and visitor base each year, we are seeing an ever-increasing demand for EV charging infrastructure across our campuses," she said.

"Increasing the use of electric vehicles by the members of our community who drive to campus forms part of our overall decarbonisation strategy and these renewable, on-campus charging stations can prove a powerful incentive for those considering making the switch."

Dr. Timmons told CompleteCar.ie that both the usage of the chargers and the quantity of electricity being produced by the solar panels is being closely monitored, and should there be more future demand for electric vehicle charging or if more funding becomes available to expand the solar array, there may be the capacity to do so.