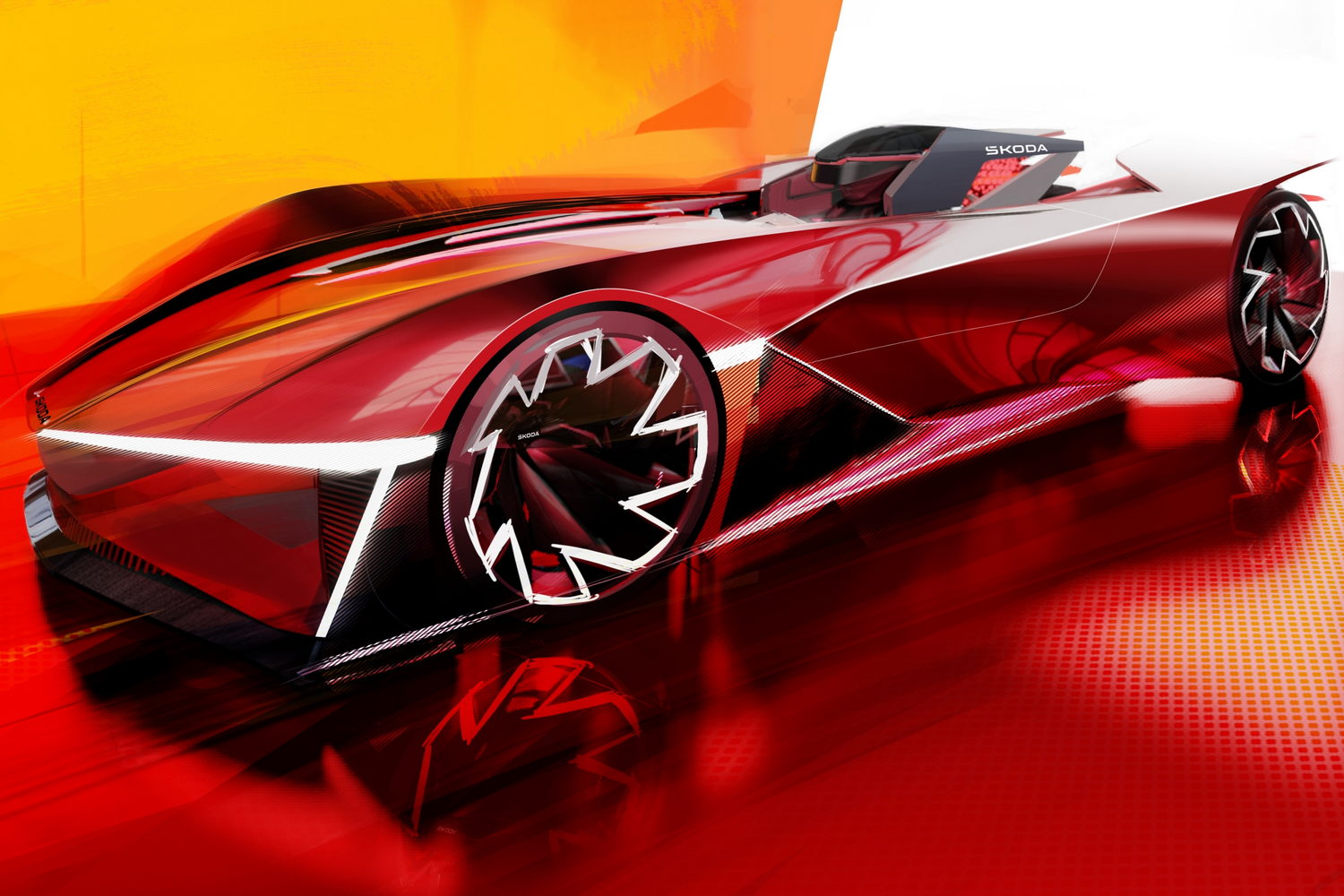 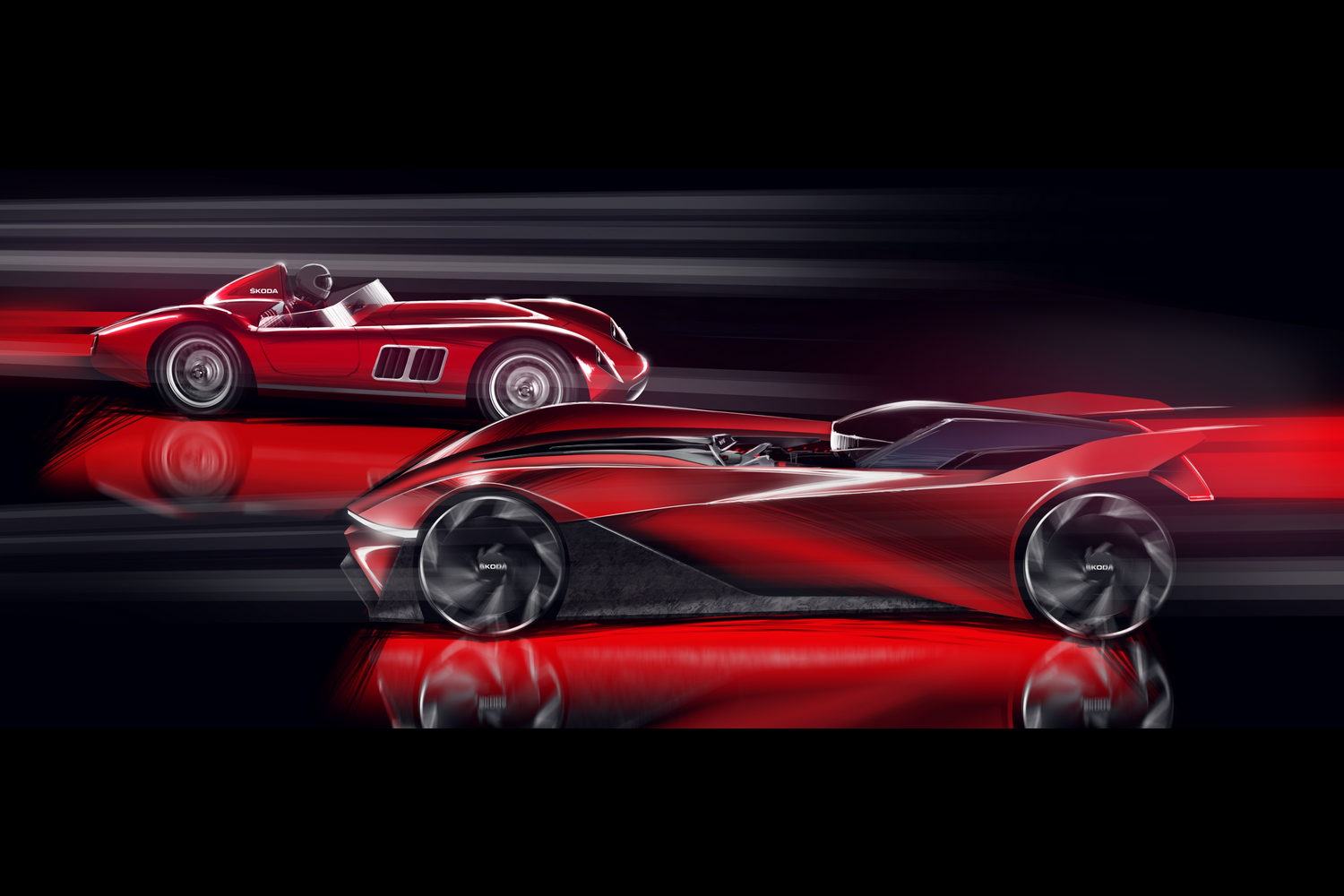 Skoda has presented a new design study - called the Vision GT - that pays tribute to one of the rare examples of a true sports car in the company's history.

The Vision GT rendering with its long bonnet and open cockpit is a radical, modern reinterpretation of Skoda's 1957 1100 OHC, a pretty racing car of which just five examples were built. Although the 1100 OHC was based on the underpinnings of the humble Skoda 1101 Tudor, it could still clock 190km/h thanks to its 92hp and lightweight body made from plastic or aluminium. Competitive opportunities in the Eastern Bloc weren't especially numerous though and Skoda's plan to take the 1100 OHC to Le Mans (where the company had unsuccessfully fielded another sports car in 1950) never came to pass.

Bang up to date

The Vision GT is, like the 1100, a single-seater finished in red, though the similarities between the two largely end there. The exterior is all strong lines and sharp edges unlike the curvaceous 1100 OHC. The new design, according to Skoda, is inspired by the current Formula E racing cars, something evidenced by the two-piece rear wing and active aerodynamics. Skoda's new wordmark (its winged arrow logo has recently taken a back seat) makes one of its first outings as a shining hologram located on the Vision GT between the peaks of the two wings.

Inside, while the 1100 OHC's cockpit was characterised by a relative lack of equipment and traditional controls, the Vision GT's interior is a lot more high-tech, including a futuristic carbon-fibre steering wheel flattened at the top and bottom, with information not in the form of a gauge cluster but projected instead directly onto the driver's helmet visor similar to a head-up display. The racing seat is suspended with a view to compensate for the kind of g-forces that might be encountered in racing.

There's not even the slightest hint that Skoda has any plans for the Vision GT beyond its current form as a computer-animated model. The design is being displayed at the "Design and Transformation" exhibition in Brussels as part of Czechia's presidency of the European Union.

Still though, while the Vision GT may not be an in-the-metal reality, it does offer a glimpse at some of the very real, remarkably interesting and now largely forgotten sports and racing cars in Skoda's back catalogue.