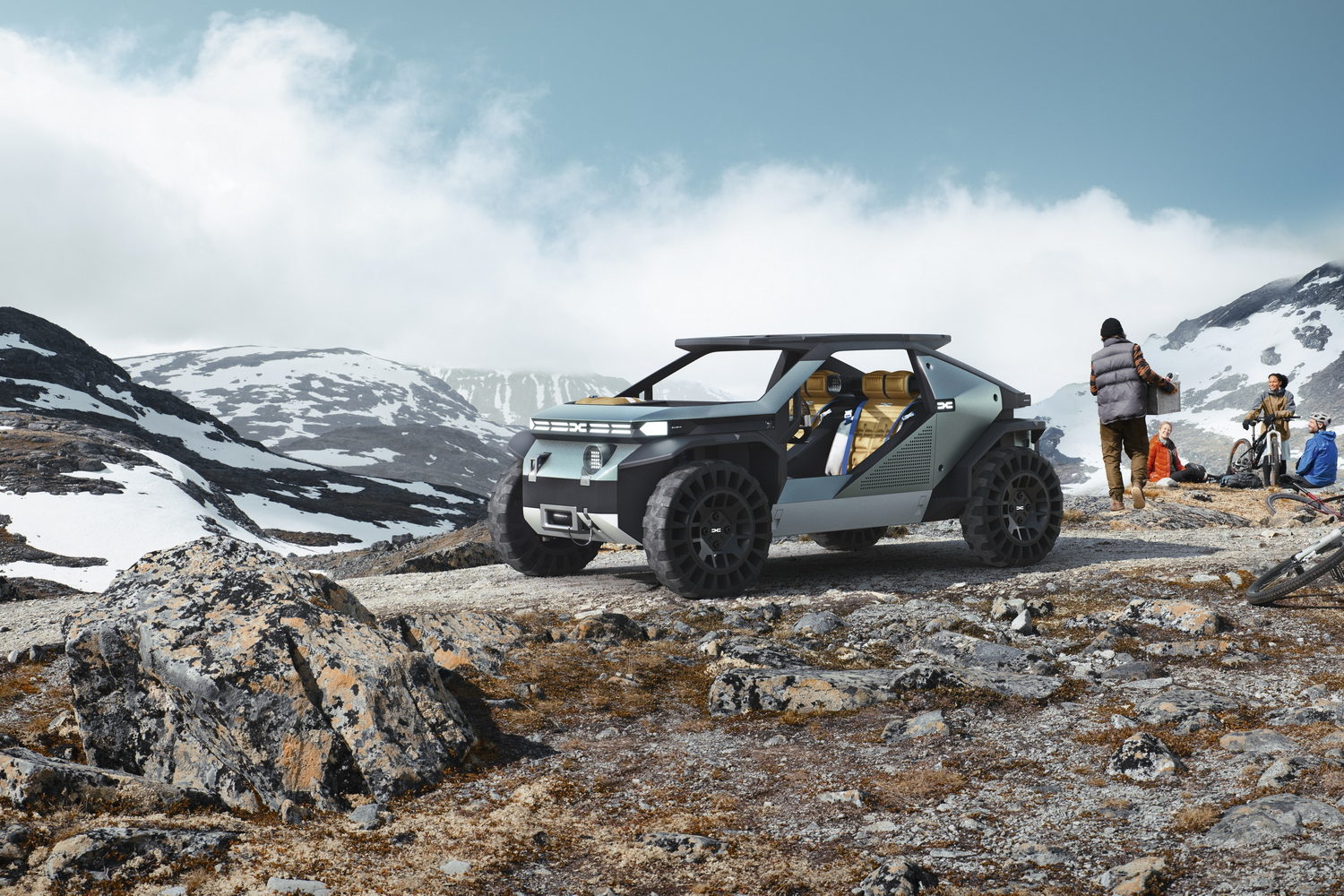 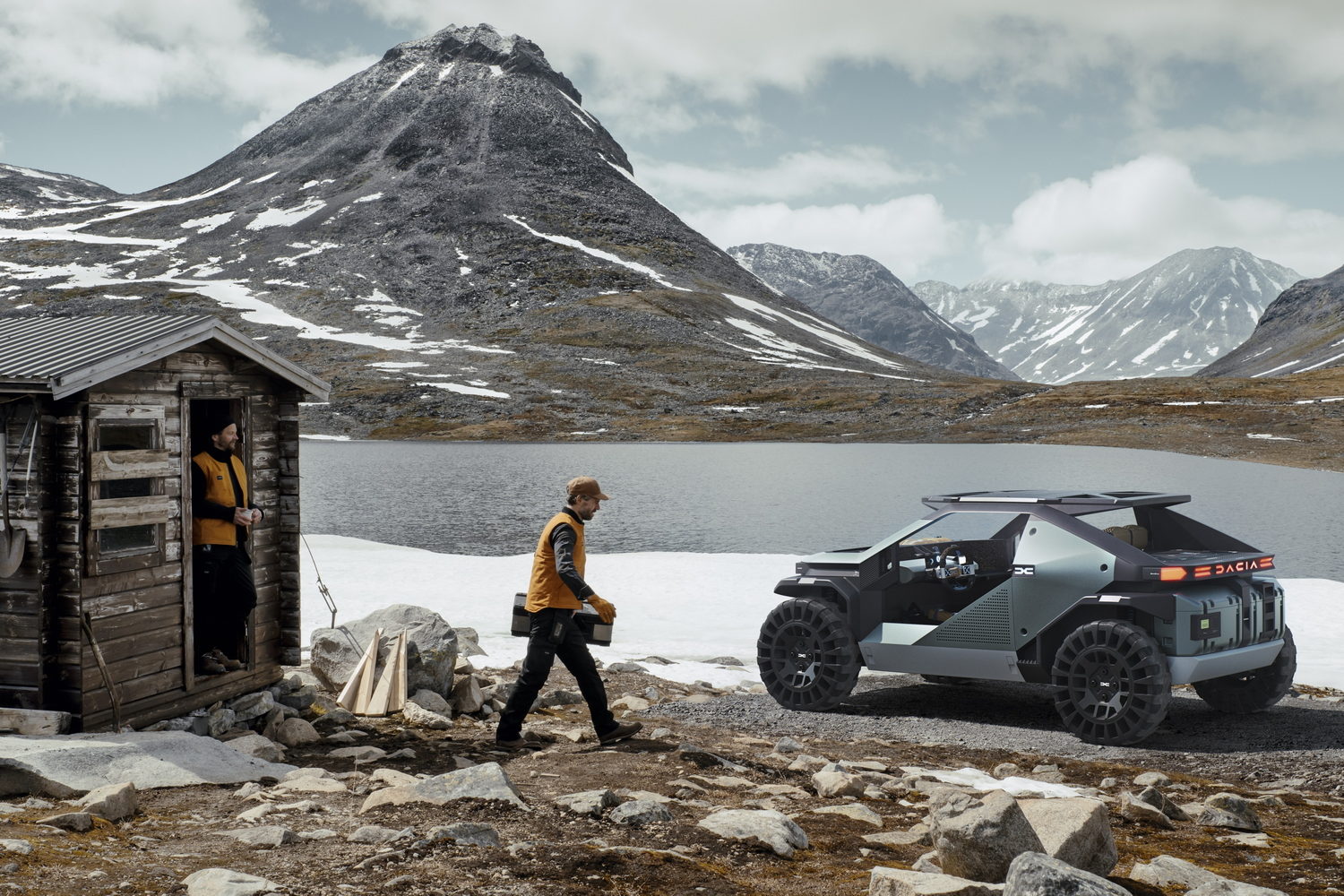 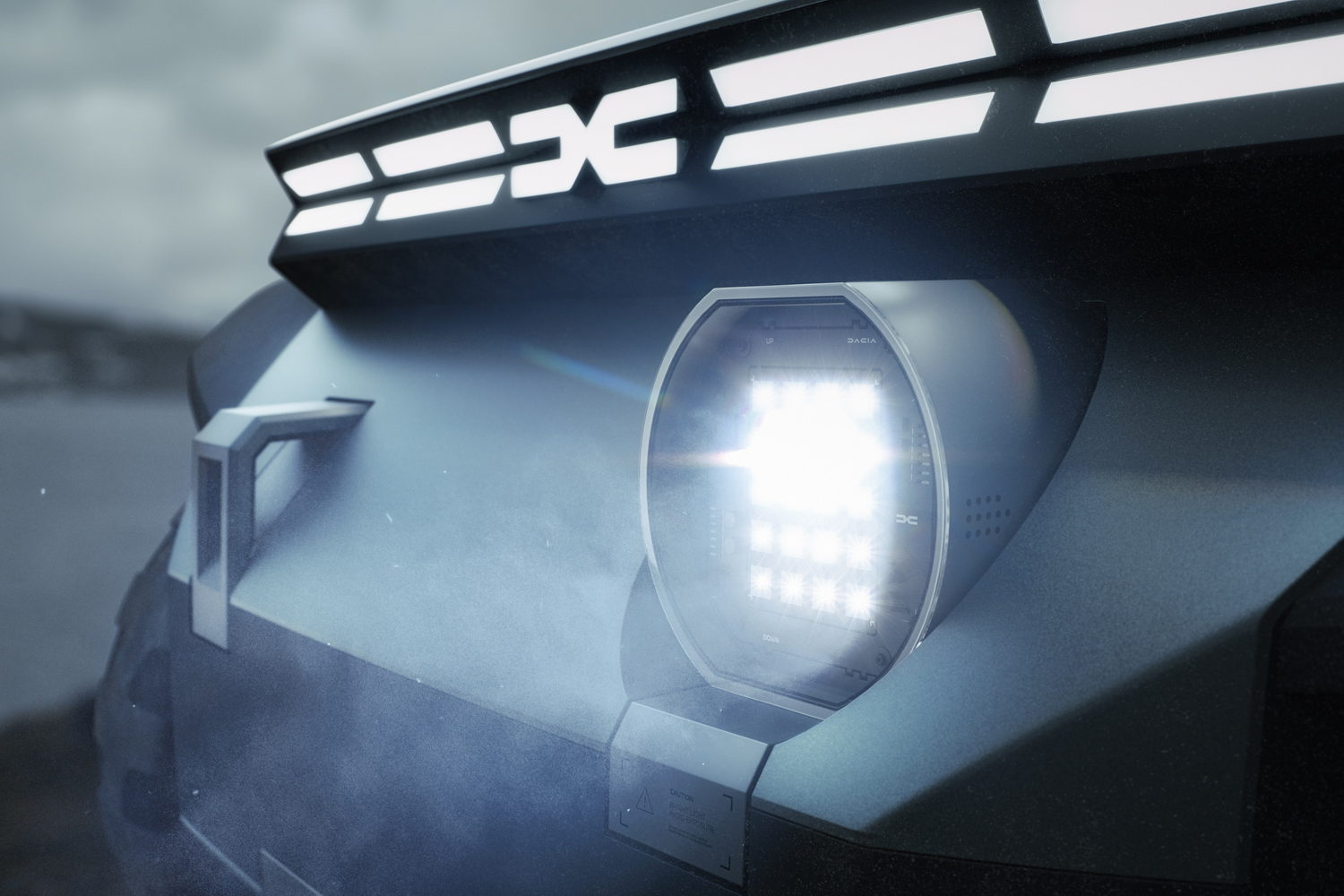 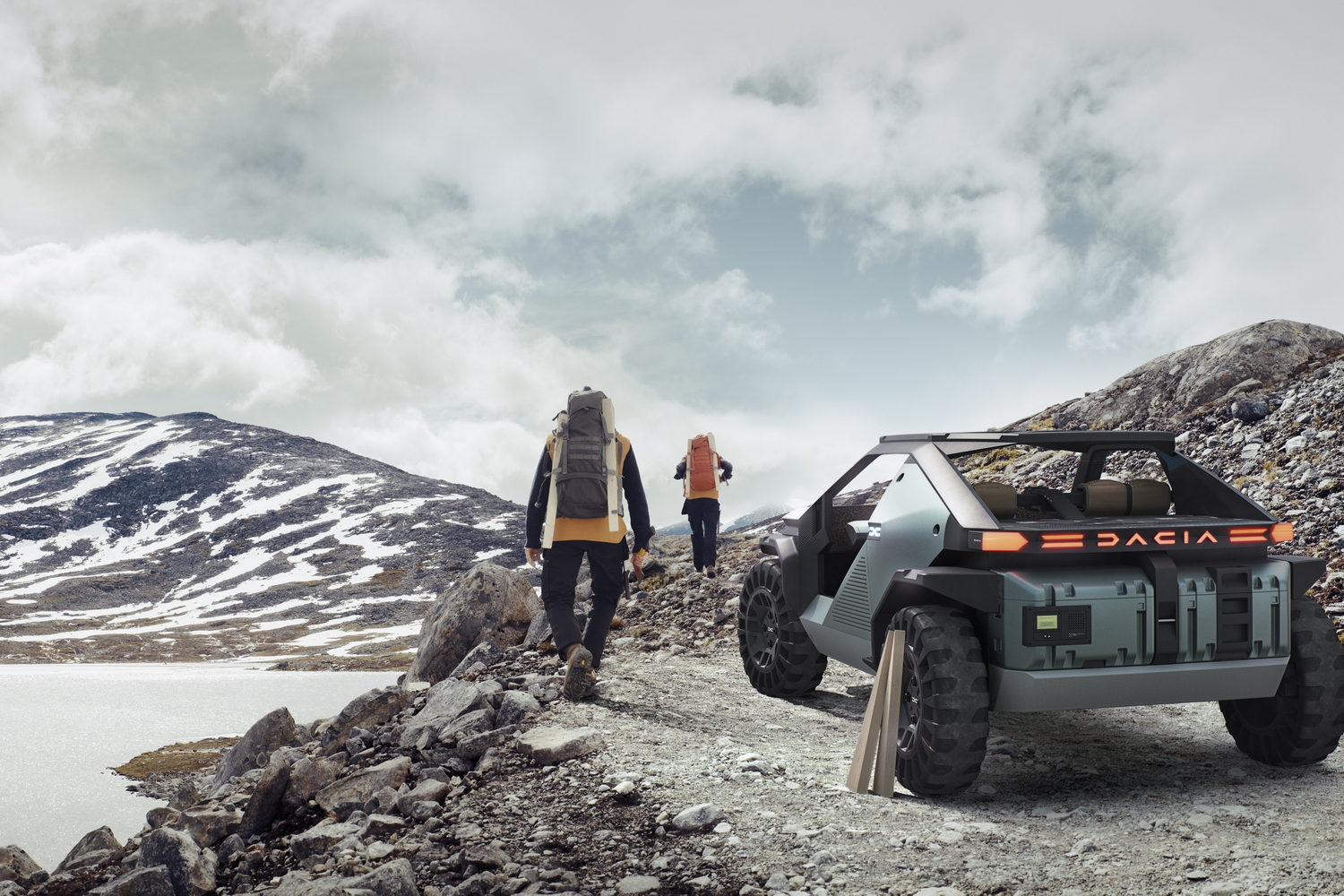 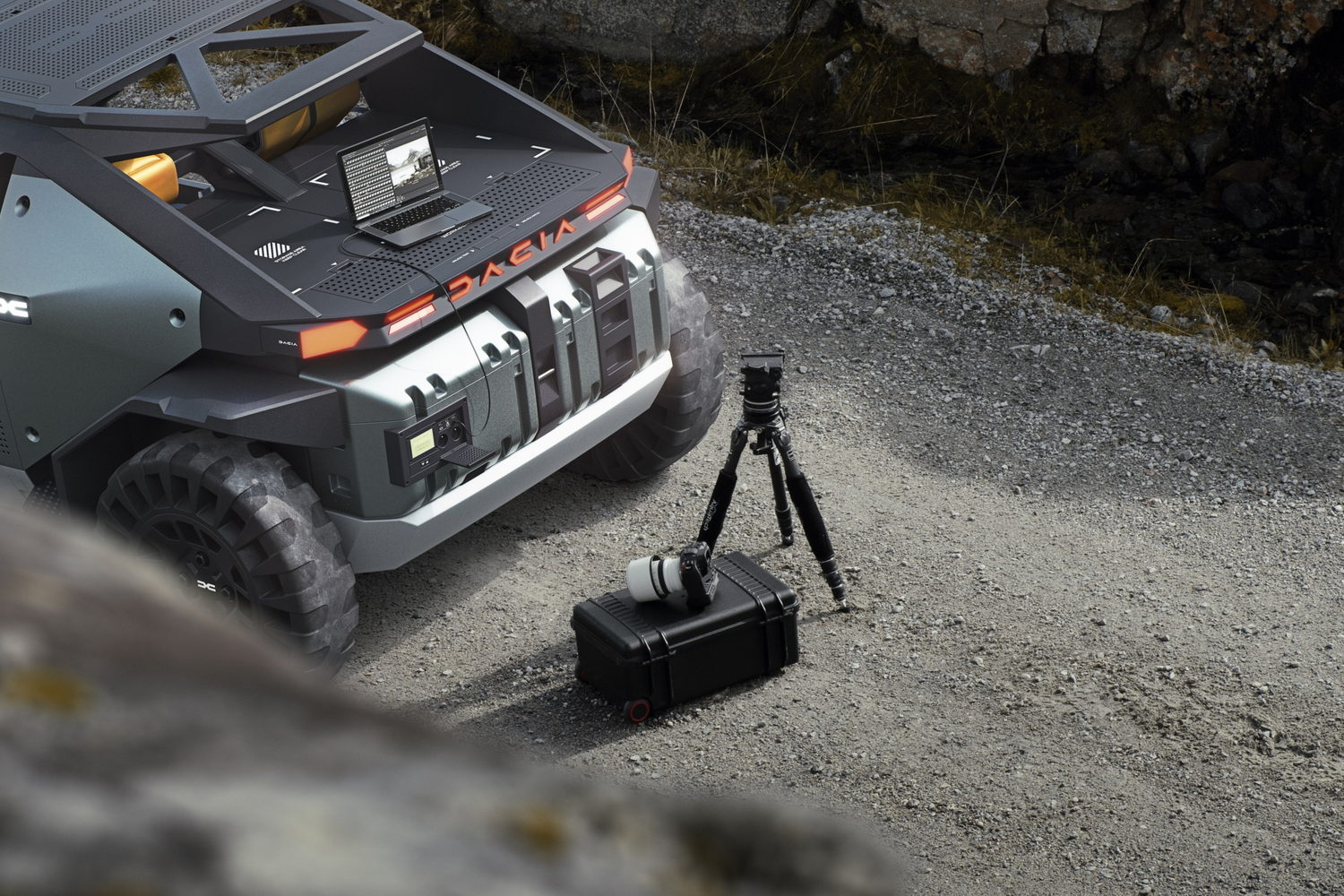 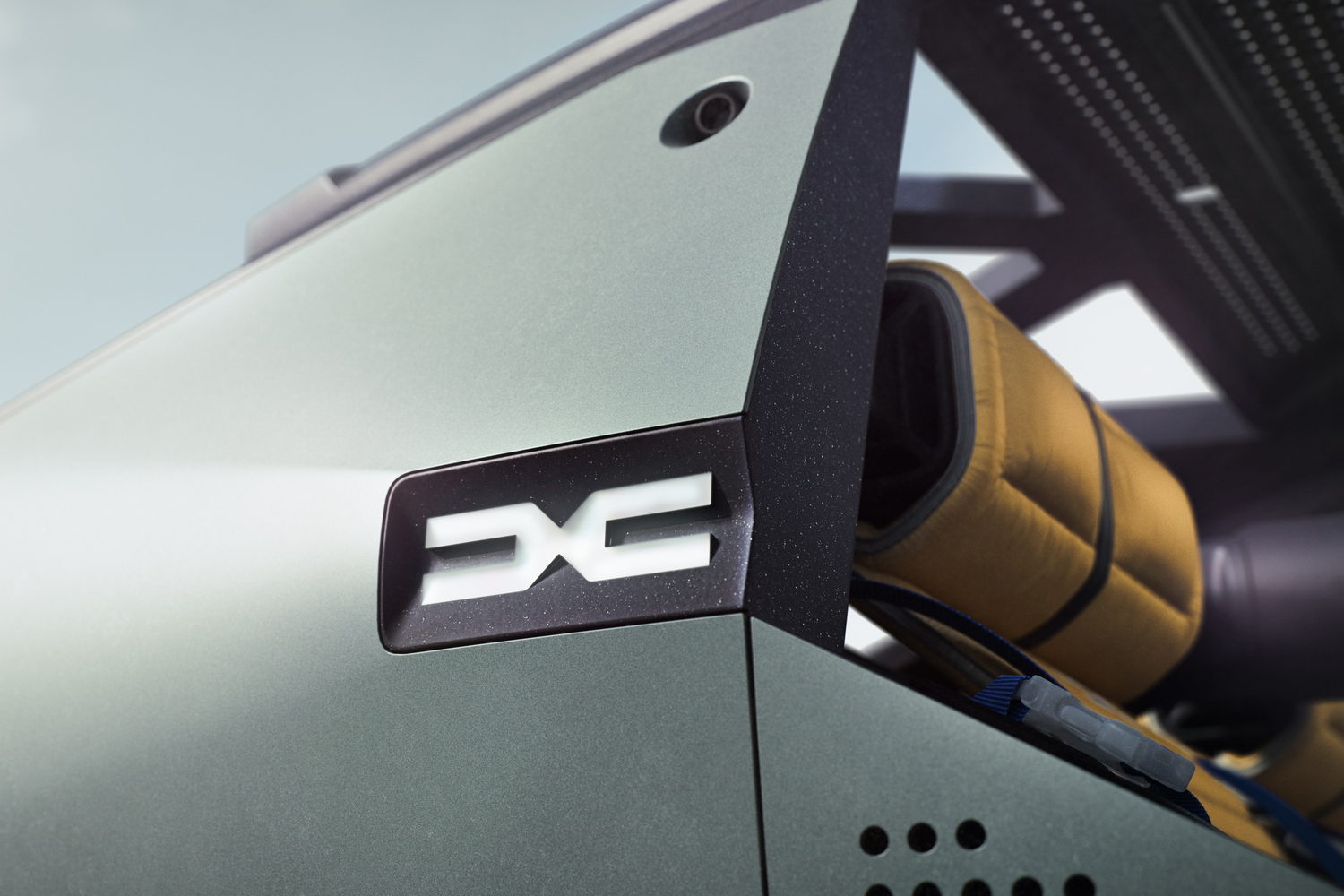 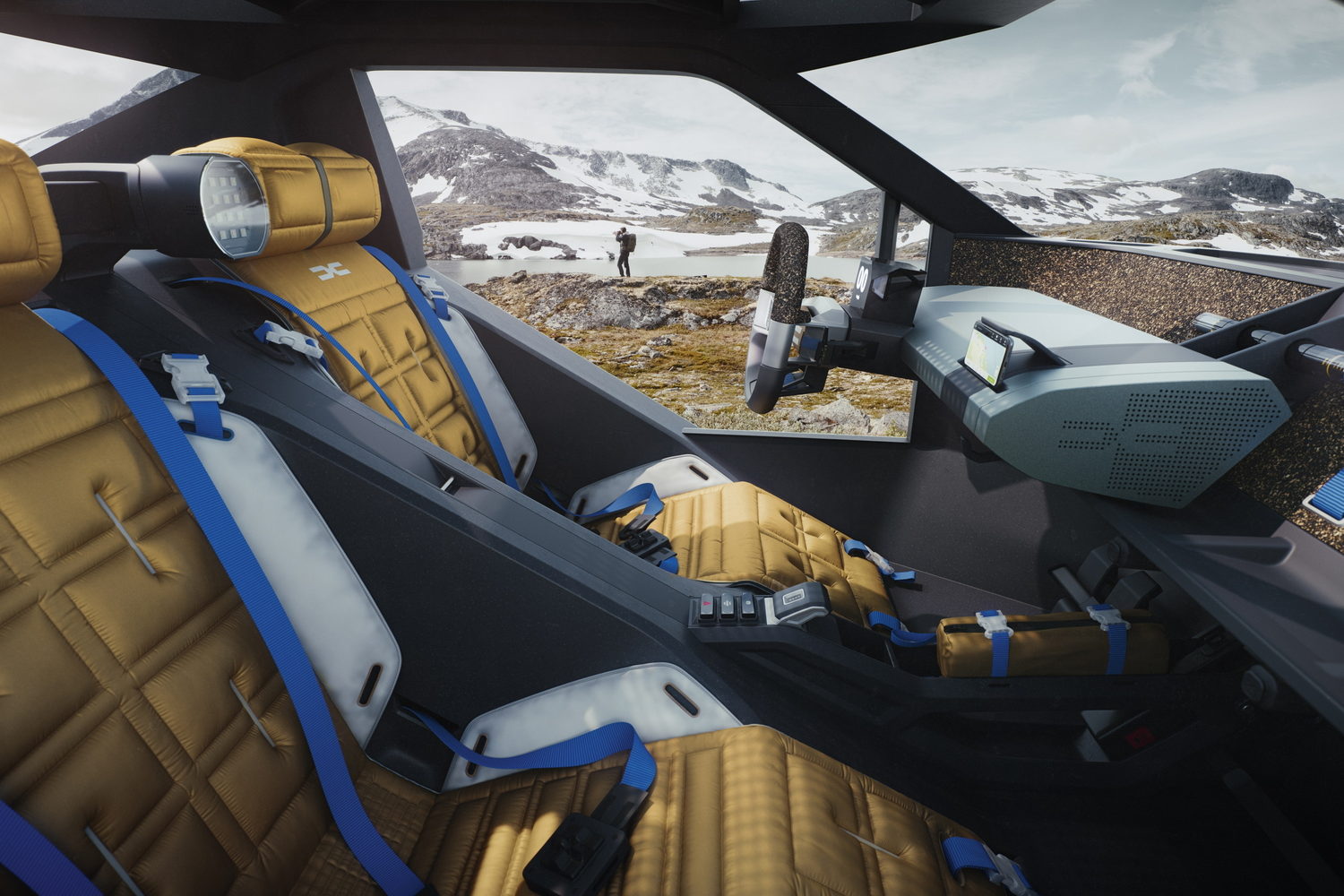 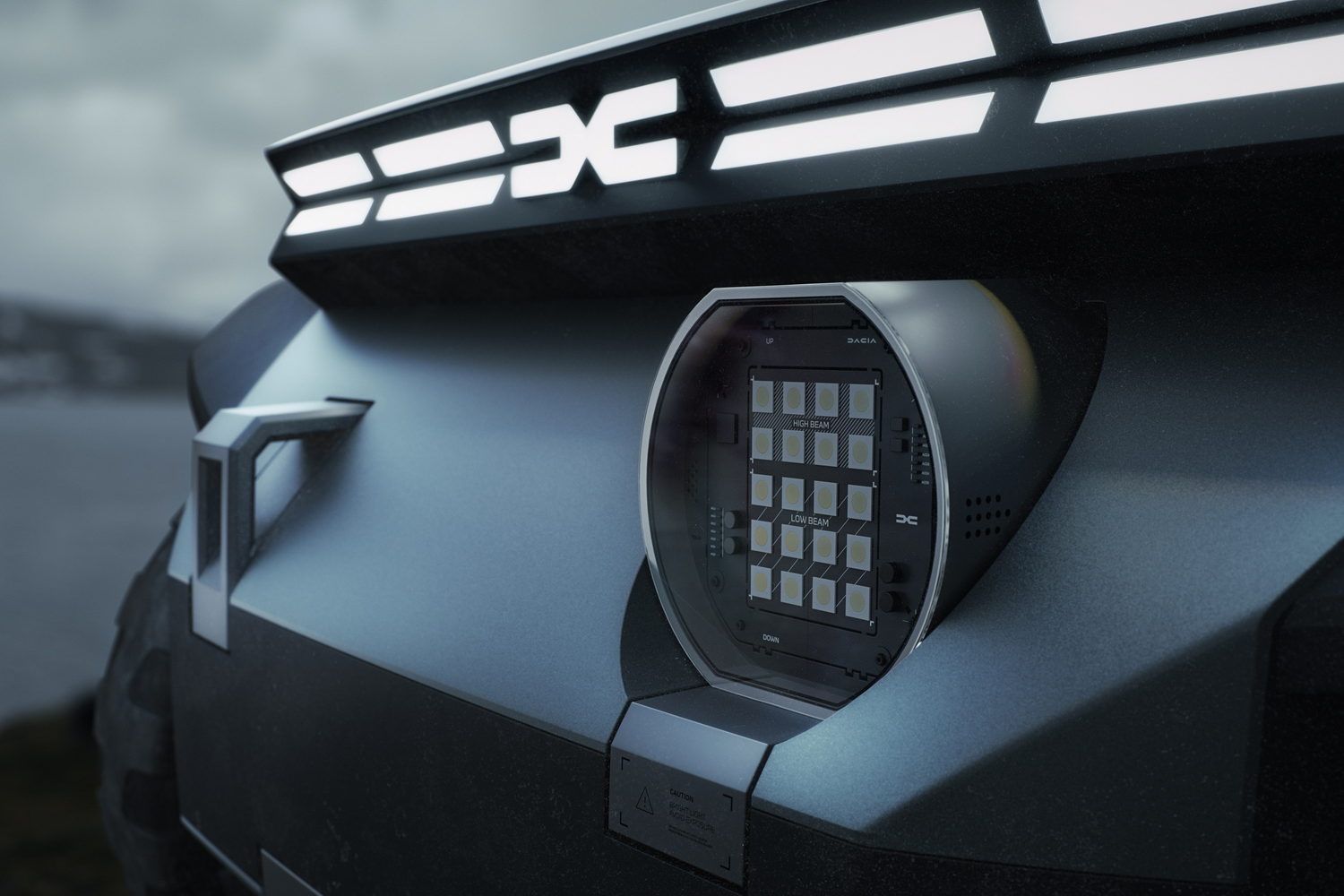 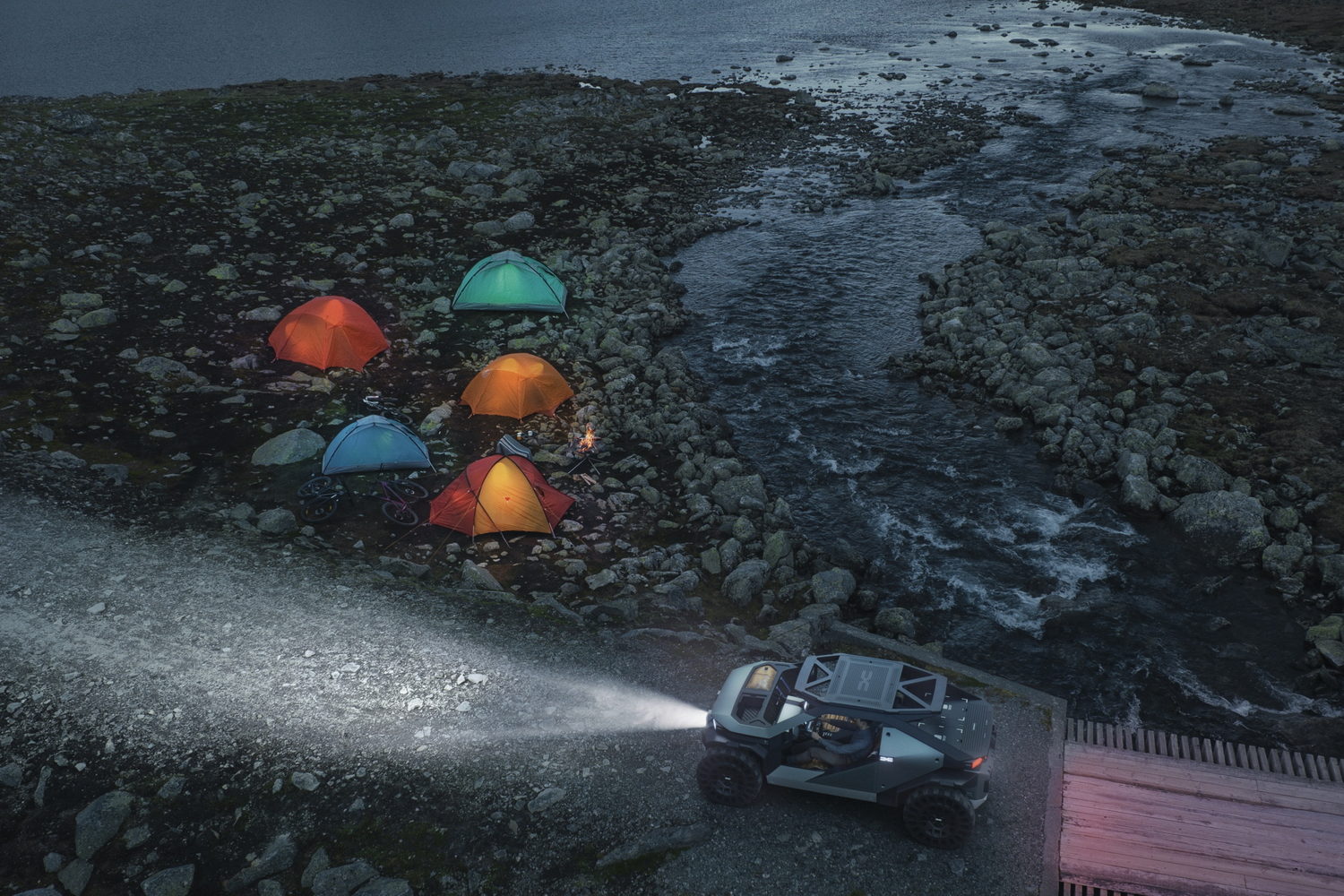 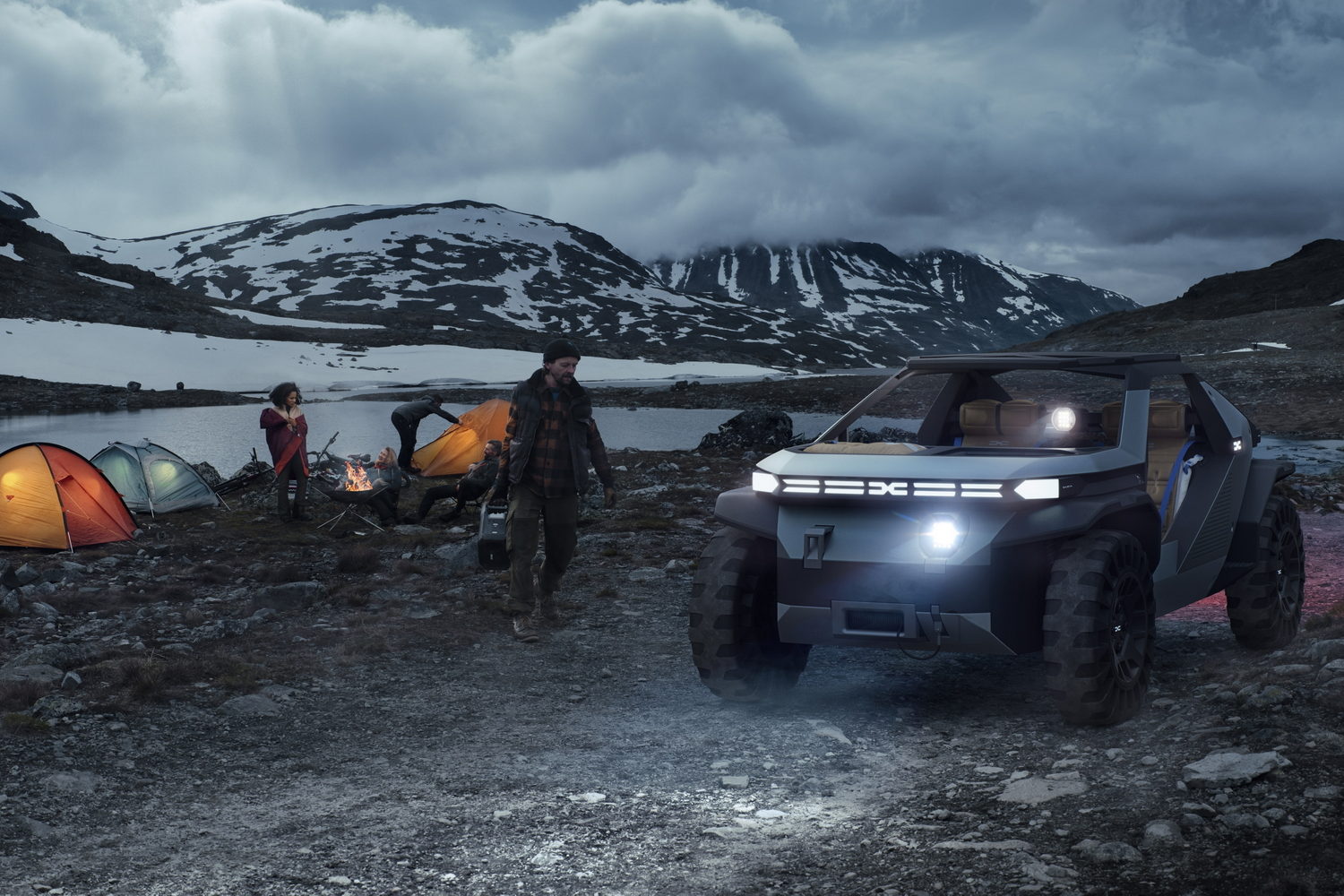 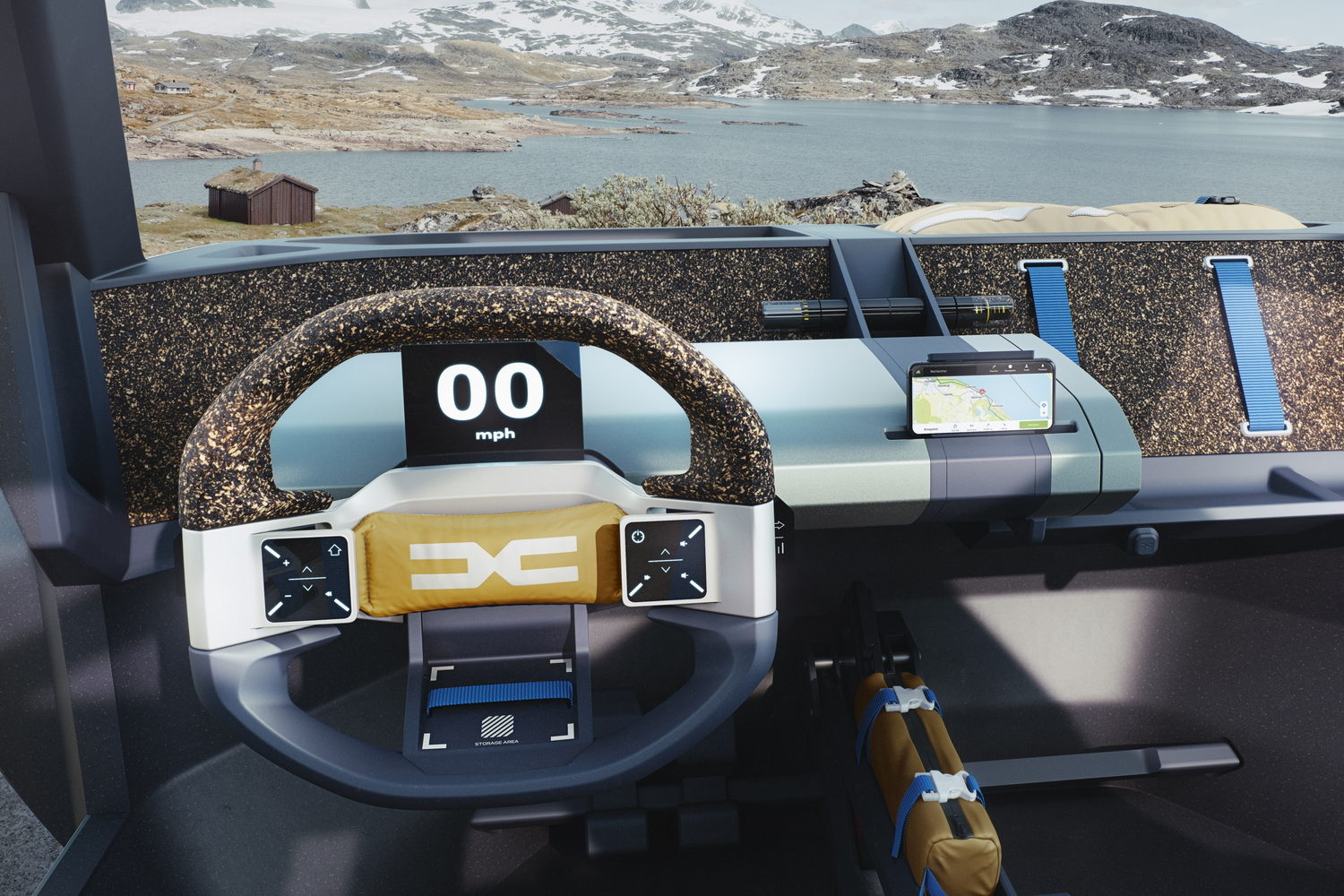 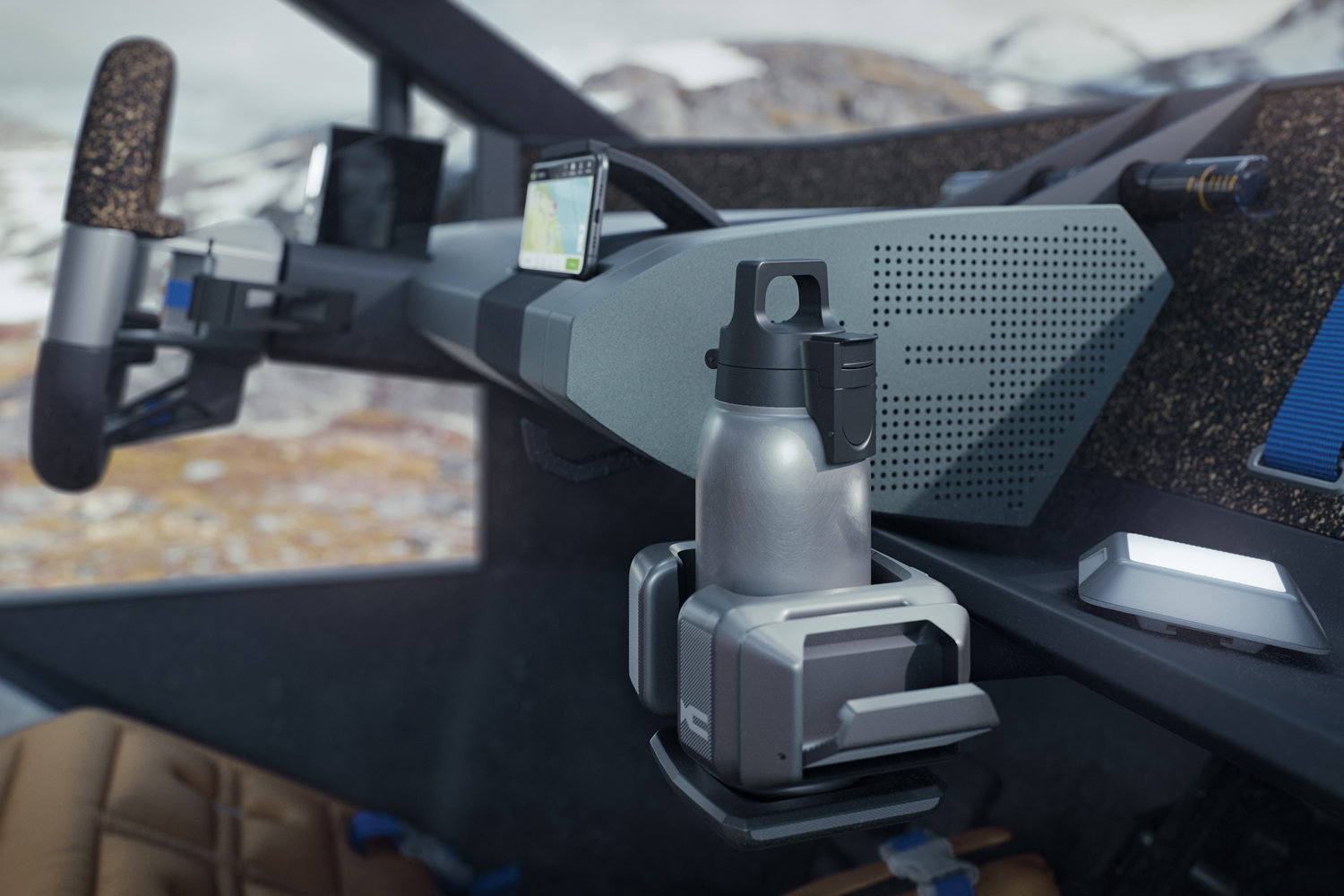 Minimalist in the extreme, the Dacia Manifesto concept has no windows or doors.

Dacia has revealed a new concept car designed as a "lab" for exploring new ways it can trim its cars back to "the essentials" in terms of simplicity and cost-cutting.

The Manifesto concept is highly minimalist in its execution - there aren't even any windows or doors - but still includes quite a number of clever design features that may make an appearance on production Dacia models in the future.

Looking like a cross between Tesla's Cybertruck and a beach buggy, Dacia has designed the Manifesto around the idea of creating a vehicle near-perfect for outdoor pursuits.

In the absence of doors or windows, even driving the Manifesto is likely to equate to an outdoor pursuit, but, its spartan appearance notwithstanding, the Manifesto contains a number of well-thought-out features that turn it into a surprisingly adept off-roader.

First up, there's permanent four-wheel drive and, like the best off-roaders, a hose-down interior. The ride height is raised too, partially because of the chunky wheels and tyres, which, Dacia says, are airless, durable and puncture-proof, which means they're designed to last the lifetime of the vehicle.

The body is made from a recycled polypropylene material known as Starkle, which, as well as having an attractive fleck, is also durable, light and easily-replaced meaning that, again, it's very suitable for off-roading. Starkle, Dacia says, may well see use on future models in its range, not just in out-of-the-way places, but potentially as part of the external bodies.

"Why use two if one provides all the light you need?" the company asked rhetorically referring to the single front headlight, a piece of design that, perhaps coincidentally, harks back to another triumph of automotive minimalism, the prototype versions of the Citroën 2CV. Unlike the 2CV, however, the Manifesto's headlight is detachable and can be used as a powerful portable torch. Another lighting strip also spans the front end of the Manifesto below where the windscreen would usually be.

Not all of the Manifesto's clever design features herald future models, with some already in use today on Dacia's current cars. The modular roof-rack assembly that can be configured to accommodate loads of all shapes and sizes is similar to that seen on the Dacia Sandero Stepway and Jogger. The eschewing of a big touchscreen - in favour of a slot where users can plug in their smartphones to use as a multimedia system instead - is similar too to the same set up on the Jogger.

"Naturally, what is and is not deemed essential changes over time," said the company.

"Air conditioning was not seen as an essential 18 years ago, but it is today. Conversely, Dacia questions the point of fitting two or three screens in a car when there is a swift and smart way to pair your smartphone with the vehicle, evidenced via Dacia's Media Control system."

That's not to say that the interior doesn't have some new and intelligent ideas of its own: the seat covers can be removed to double up as sleeping bags, for example. As is the case with an increasing number of concept cars these days (as well as some production models, such as the Mazda MX-30), the interior makes strong use of cork on the dashboard as it's a sustainable and recyclable material.

It's not clear just what could power the Manifesto, but included is a "dedicated and removable battery" supplying power through a household socket to anything that might need electrical power outdoors such as camping equipment, coolers or lights.

"We want to build a range of products that strengthens our brand promise, focusing on the essentials and adapting our vehicles for outdoor activities," said Lionel Jaillet, Product Performance Director at Dacia.

"Beyond our models, we are also working on innovative features that match our customers' need and lifestyles even more closely. Manifesto Concept is a 'lab' to try out and mock up new ideas. The version you can see today will keep on evolving as we keep on exploring!"