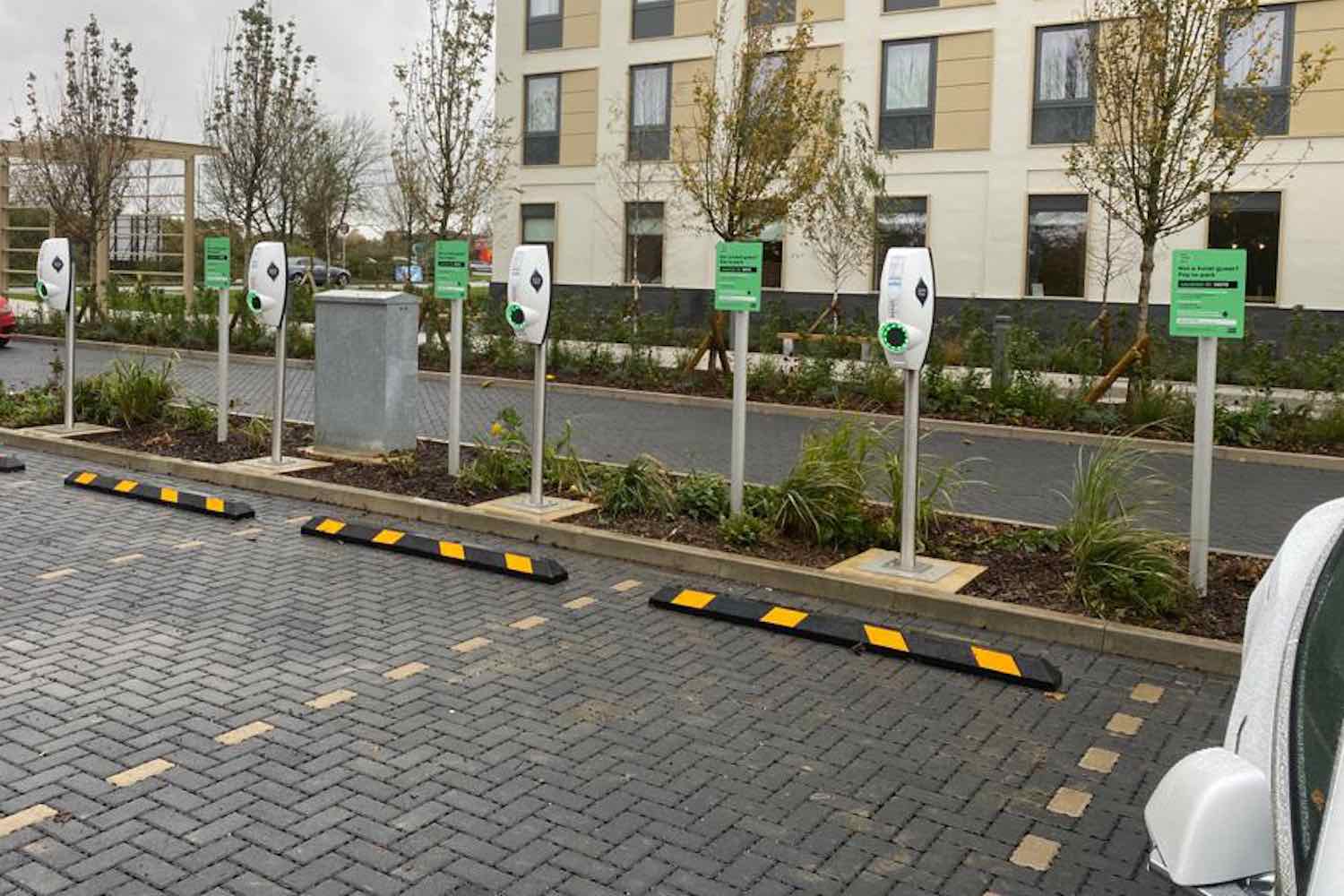 Council plans to encourage hubs of chargers rather than on-street posts but won’t invest cash.

Dublin City Council says that it wants to encourage the building of hubs of electric vehicle chargers rather than installing lots of kerb-side chargers for those who don't have access to off-street parking.

A report on the Dublin Inquirer website notes that at a recent meeting of the Council, Liam Bergin, a council executive manager, said that installing lots of kerbside chargers to cope with the expected 140,000 EVs on Dublin roads by 2030 would run against the council's previously stated aim to reduce roadside clutter and make life easier for pedestrians.

Instead, the Council says it wants to see hubs and clusters of charging points and has pointed to the possibility of repurposing petrol stations as one possible location type. The Council has launched a public consultation period to identify other charging hub locations. Schools, sports clubs, car parks, multi-storey car parks, surface car parks, and churches have all been suggested as potential locations.

Last year, Dublin City Council said that it would not invest in its own network of chargers but would put such installations out to tender by private parties in cooperation with the other Dublin-area councils. It's also open to the possibility of communities raising the funding for their own charging hubs but hasn't specified where funding for such enterprises might come from. The Council has also said that it will not get involved in the maintenance and upkeep of the hubs, citing very high service and maintenance costs.

As many as 2,430 charging points needed

The expectation is that somewhere between 500 and 2,430 public charging points will be needed in the Dublin area by 2030, with the big gap between those figures explained by the difference between slow and fast charging - faster chargers mean lower waiting times, which means a faster turnover of chargers.

Homeowners looking to go electric but who don't have off-street parking will not be allowed to run charging cables across pavements, says the Council, because of public liability concerns. The Council's thinking is also that installing lots of on-street chargers would: "instil car dominance over pedestrians and completely ignores the overall strategy of promoting active travel and public transport over private car convenience."

The Council has admitted that high-income earners will be at a distinct advantage, as they are more likely to have access to off-street parking and therefore can charge up at home, overnight, on cheaper domestic electricity rates. Those without off-street parking will be more reliant on the public charging hubs, which will almost certainly come with a higher cost-to-charge, although the Council did point out that even at those higher rates, running an electric car will still be significantly cheaper than running a petrol or diesel car.

Worryingly, there are already concerns that there are few locations suitable for such charging hubs close to the city centre. Janet Horner, a Green Party councillor, said at the meeting: "There's very little land available that I can particularly think of in the inner-city area that would be appropriate for installing this kind of infrastructure. People won't invest in an electric vehicle if they don't have a clear idea of how they will charge it."

Michael Pidgeon, also a Green Party councillor, pointed out that the focus ought to be on public transport and cycling rather than encouraging EVs: "If you can't play on your roads, if you're hit by a car, it's still going to hurt, regardless of the fuel source. But that said, there's obviously huge benefits to EVs in terms of air quality, to the problem with, in terms of carbon emissions."

Mr Bergin also said that the Council is going to "take its time" on the charging question, partly because they don't want to encourage people who currently have no car to get one, even if it is electric, while also noting that 60 per cent of Ireland's electricity supply is still dependent on fossil fuels. "We have to proceed at a prudent pace," he said. "There is a kind of a dignified pace at which we need to proceed in order to not to distort the market and create negatives unintentionally."