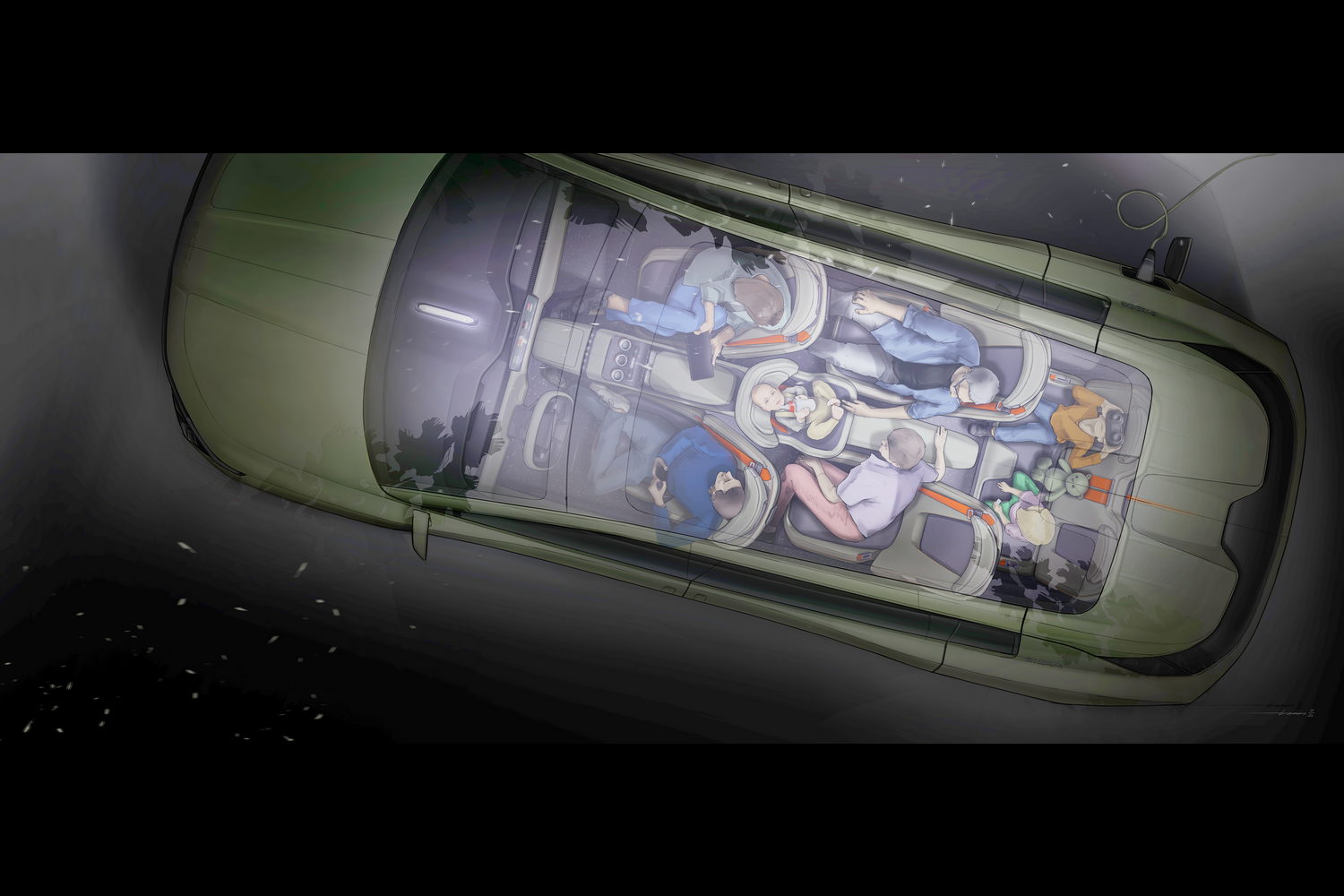 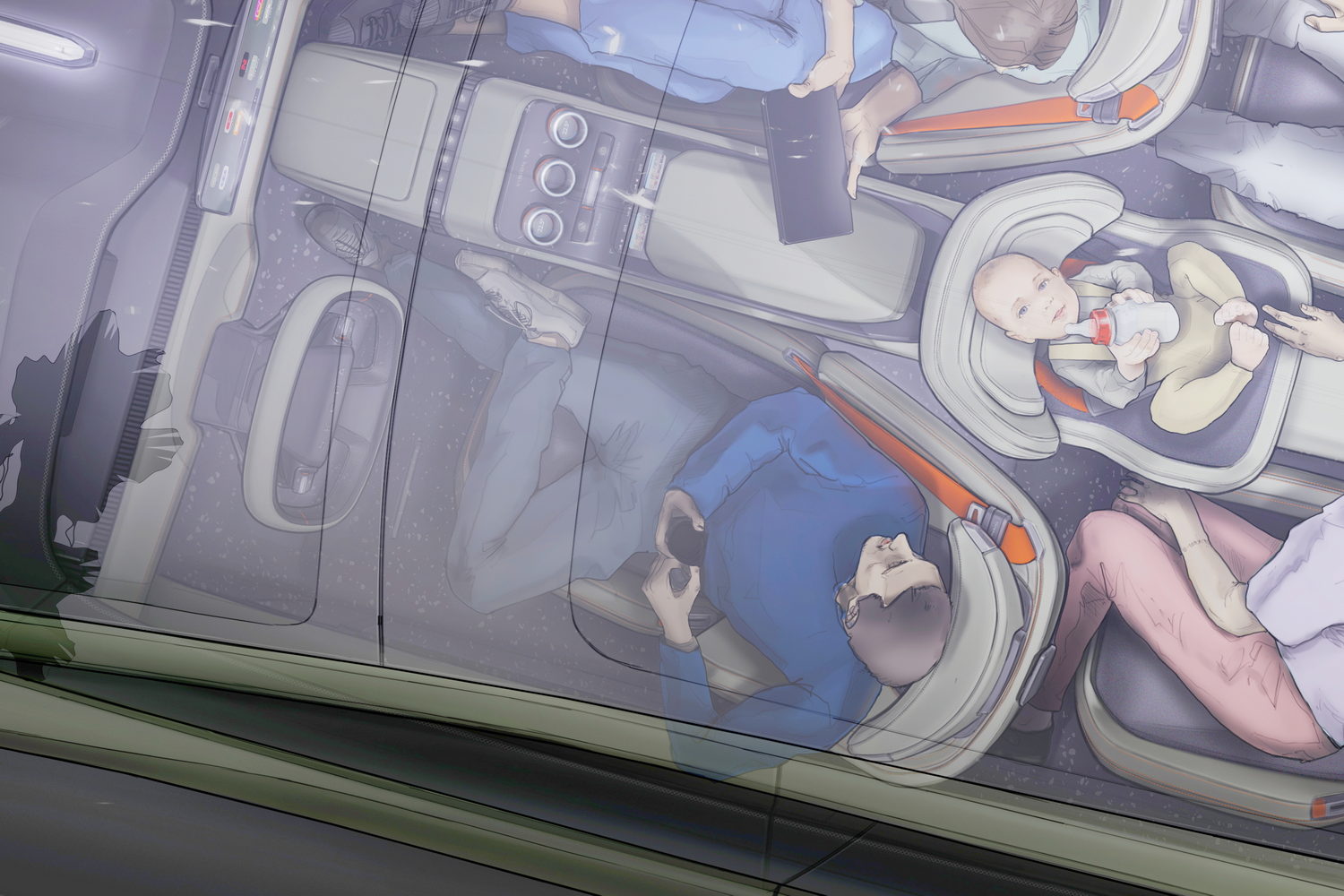 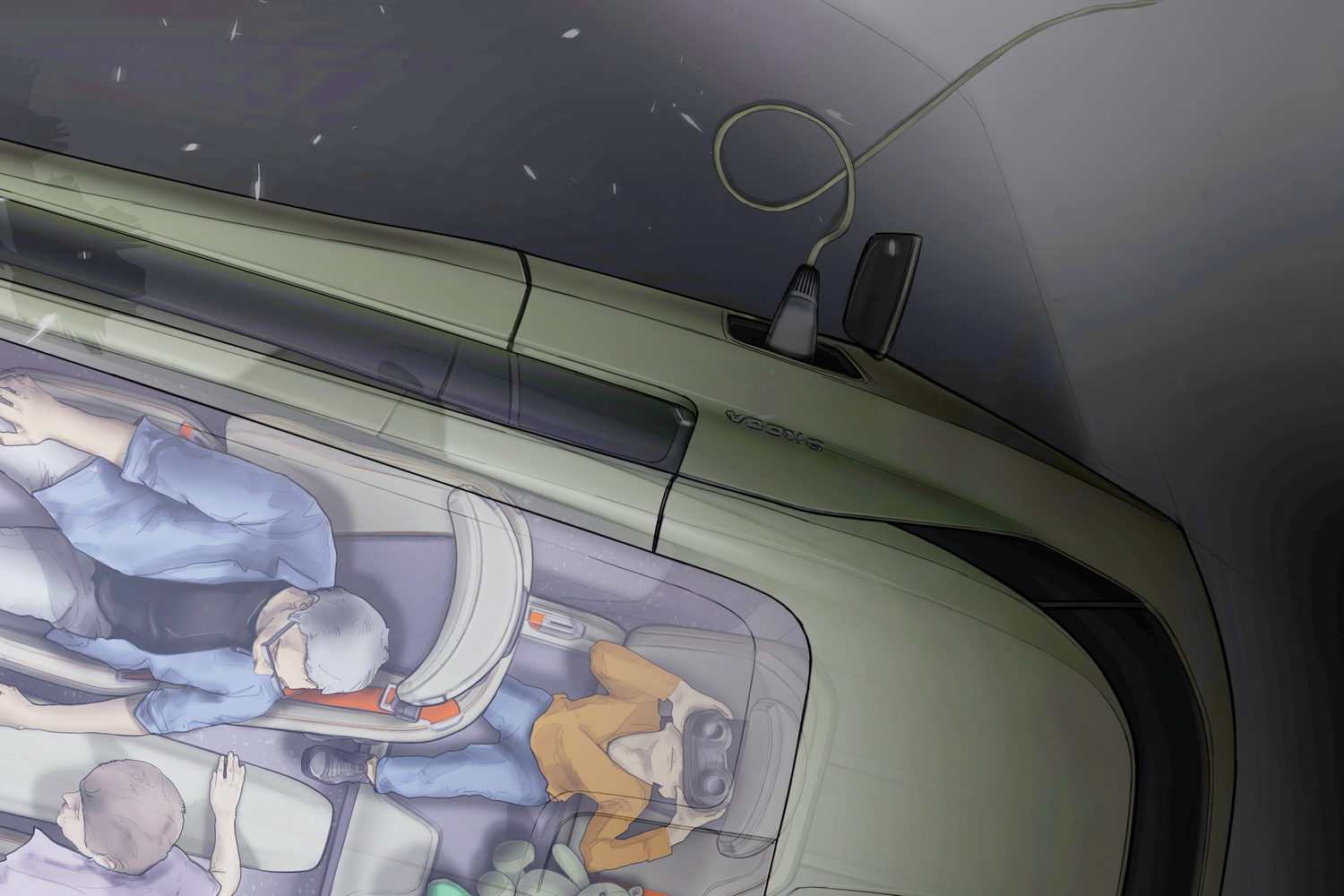 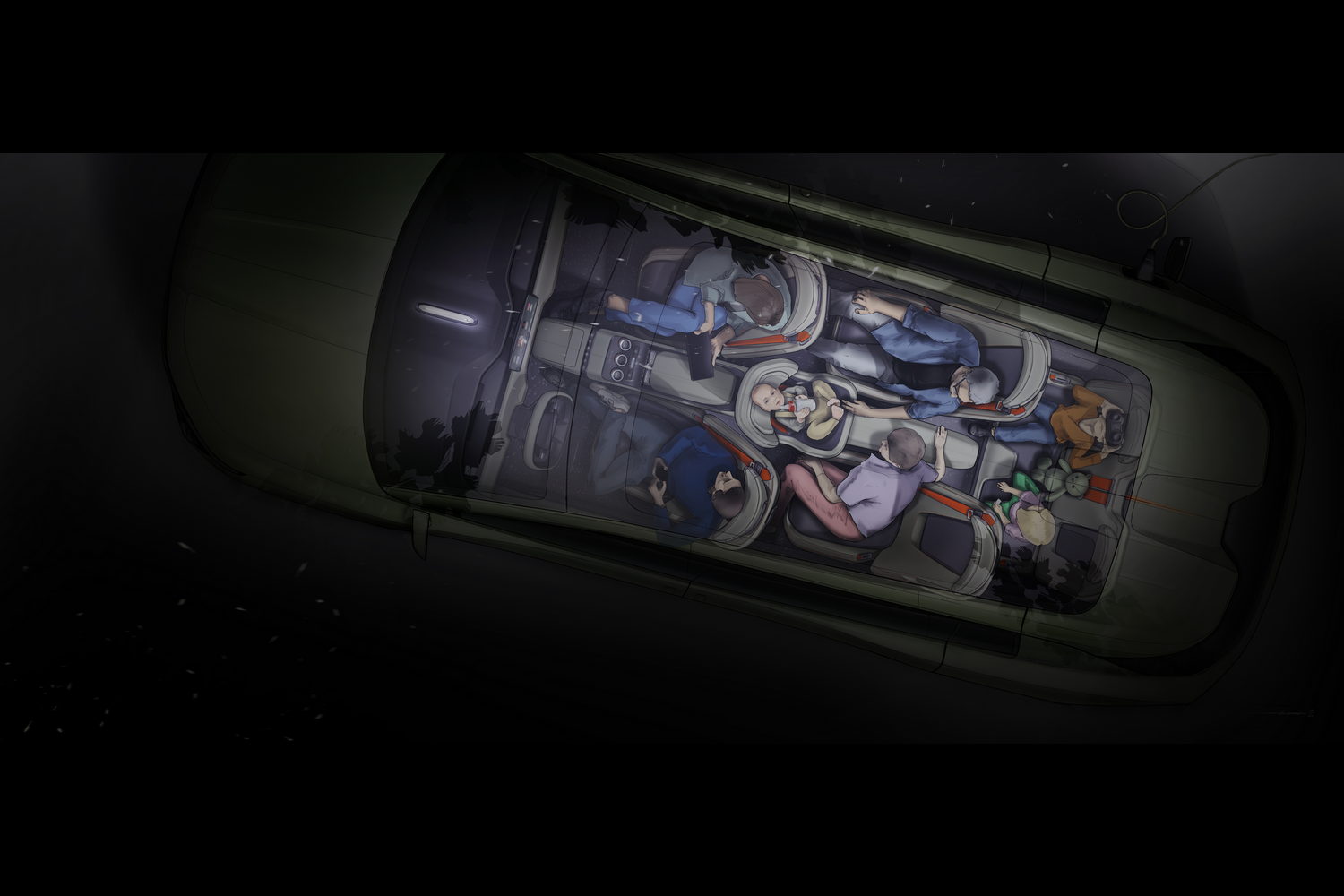 Interior versatility promises to be the norm in future Skodas.

An initial design sketch provides our first glimpse inside the next generation of Skoda SUVs that will be previewed by the electric Vision 7S concept car later this year. Its three-row design will make it one of the largest concept cars that Skoda has shown and the Vision 7S will highlight a new design language that will shape how the next generation of Skoda models look.

A novel approach to the dashboard layout boosts interior space. The flat design creates a shelf-like area that wraps around the front and flows into the doors with air conditioning vents that recess into the dashboard when not in use. In its driving mode, a large portrait touchscreen sits between the driver and front-seat passenger. The oblong screen includes haptic controls, as do the door panels. While Skoda's designers were keen to maintain a minimalist appearance, not all controls work via the touchscreen; physical controls still operate some essential functions on a centre console that is angled to be easily accessible.

When the car is parked or charging, the touchscreen can electrically move further away and rotate by 90 degrees into a landscape orientation, making it ideal for viewing a movie or playing a game on. The steering wheel also retracts automatically as the seats shift into a reclined position. Skoda's long-standing nod to the crystal craftwork historically related to the Central Bohemia region of Czechia - currently seen in the crystalline effect in its lighting design - takes on a fresh look in the Vision 7S. A large crystal insert on top of the dashboard illuminates when the car is unlocked to greet the driver and it can also demonstrate the vehicle's charging status.

Access is made easier by rear-hinged back doors that open in concert with the front doors to reveal one vast pillar-less entry point to the cabin. This feature won't make it onto the eventual production car, but the vertical door handles that electrically recess when locked may do.

Skoda Vision 7S will have an eco-conscience

Skoda is shifting towards using recycled and alternative materials more than it has traditionally used inside. Recycled plastic proudly displays its composite make-up - something that will also appear on the exterior of future cars - and Skoda intends to use more tactile upholstery and surface materials such as cork.

One of the most noticeable features of the Vision 7S's interior is the placement of a child seat at the centre of the cabin, putting it in the safest part of the car. Fixed to a centre console that runs from the dashboard to the rear-most seats, it allows easier access from the front and middle seats.

Keen to retain its reputation for producing practical cars, the Skoda Vision 7S has a usefully sized boot compartment even with the third-row seats in place. While it is an SUV, the boot floor will remain relatively low to aid the loading of heavier items such as bikes and luggage.

Oliver Stefani, Head of Skoda Design, said: "The new design language is minimalist, functional and authentic. In the future, we will continue to focus on Skoda's traditional strengths, such as generous space, easy usability and a high degree of functionality.

"With our new design language, we are taking the next step and placing even greater emphasis on the customer experience. The great creativity of our designers and engineers is demonstrated through movable interior elements and newly developed Simply Clever features such as an integrated child seat. The deliberately minimalist lines also extend the clear exterior design into the interior."

The Skoda Vision 7S will be fully revealed later this year as part of the introduction of a new design language and will preview a production model that is slated to arrive in 2026.