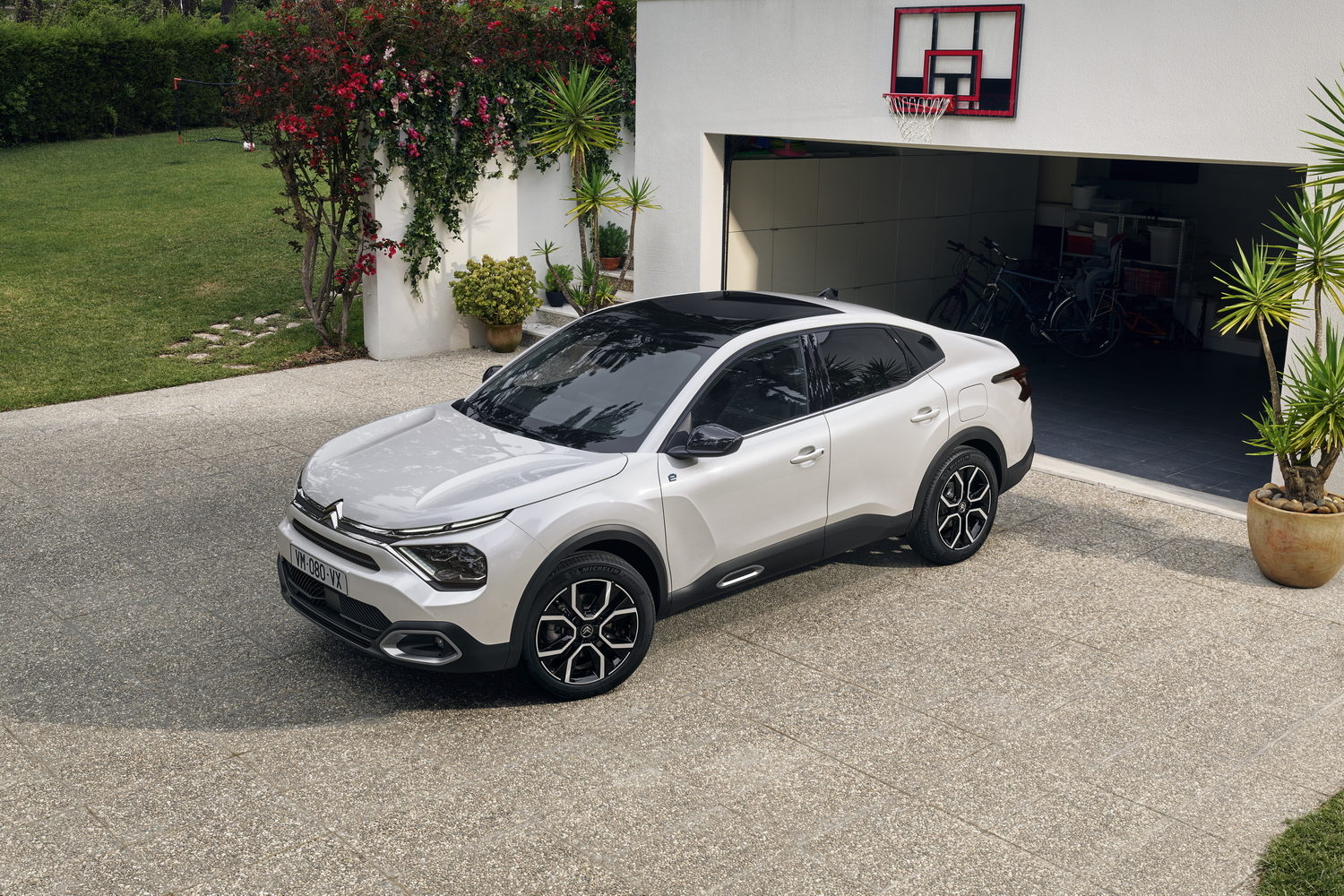 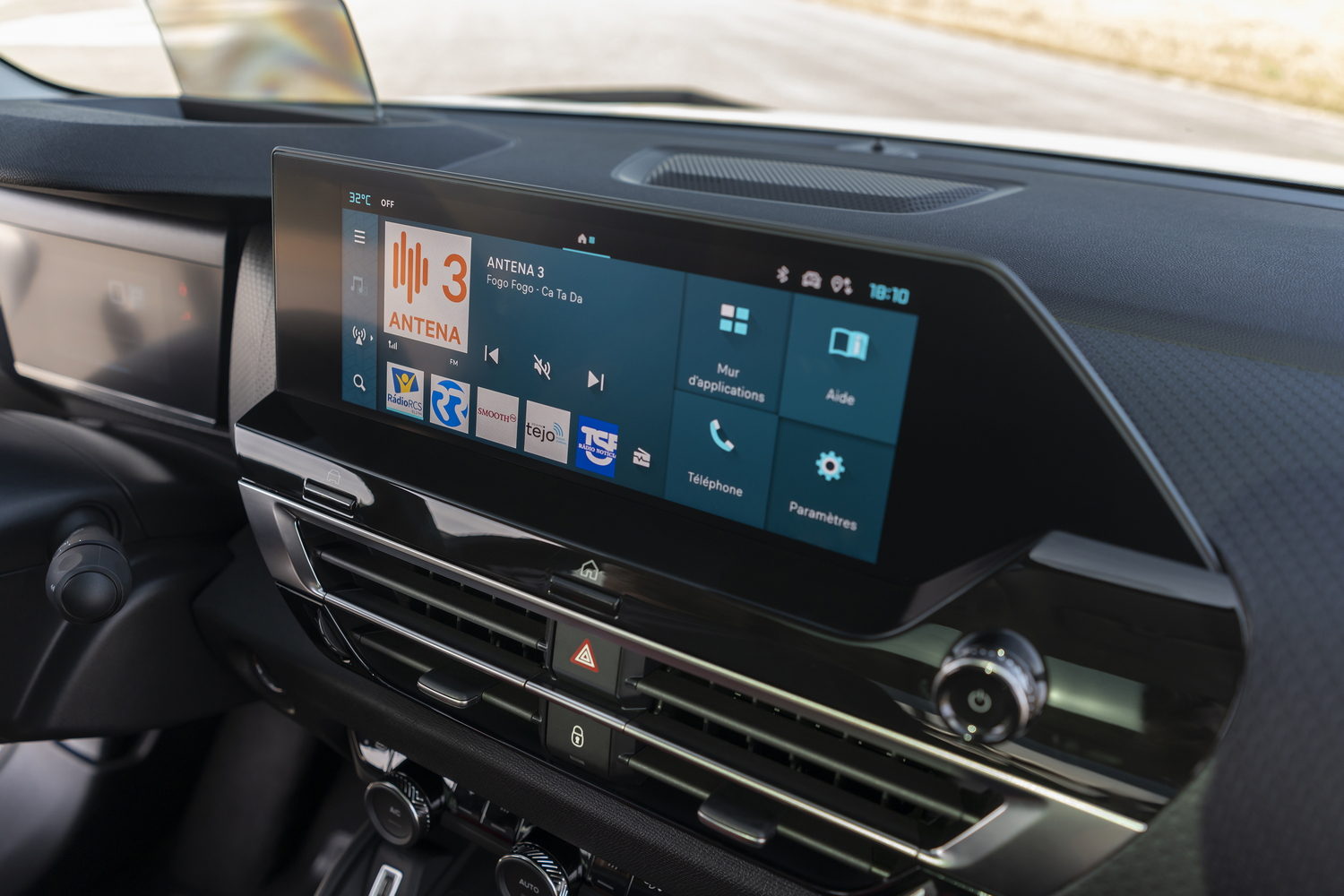 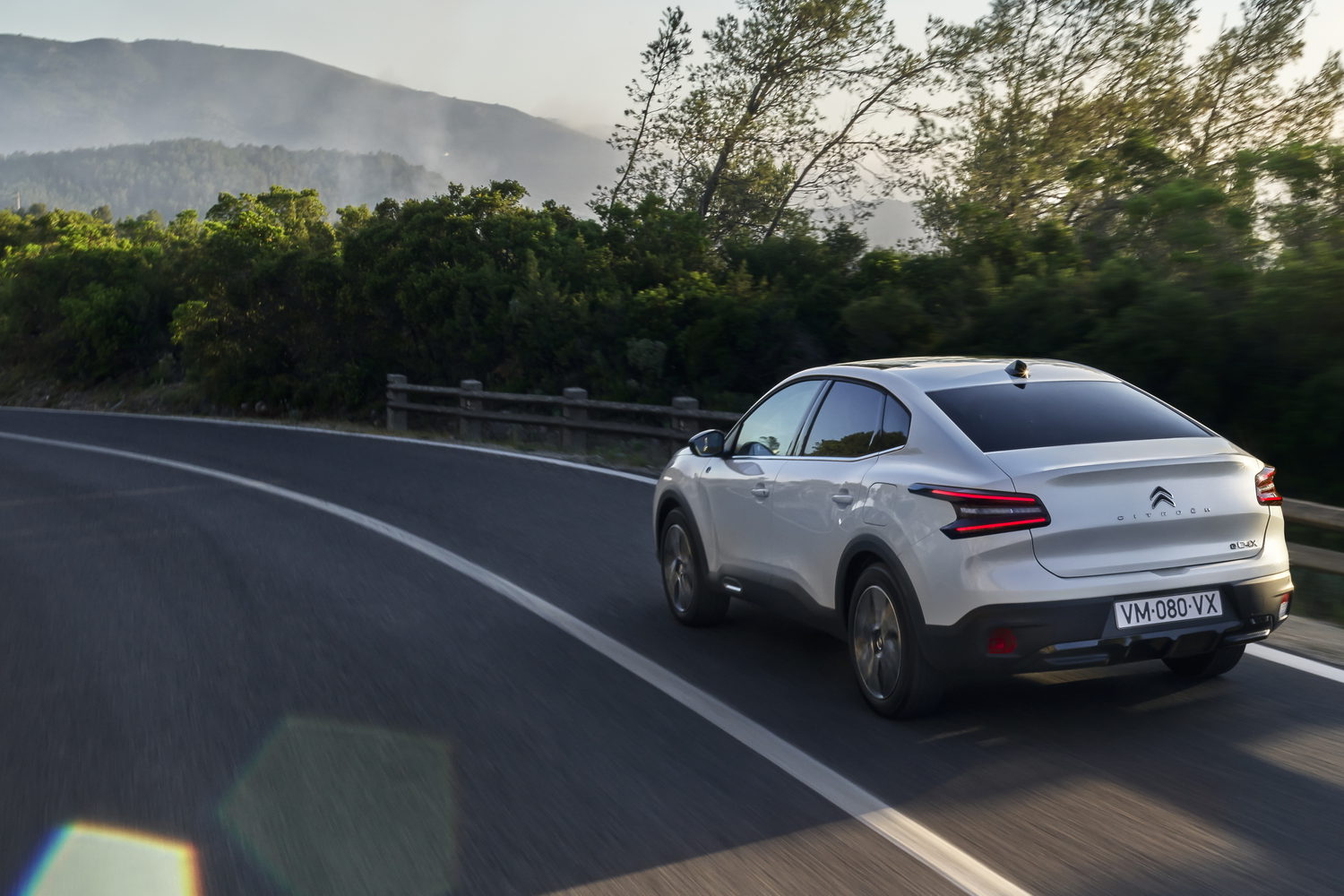 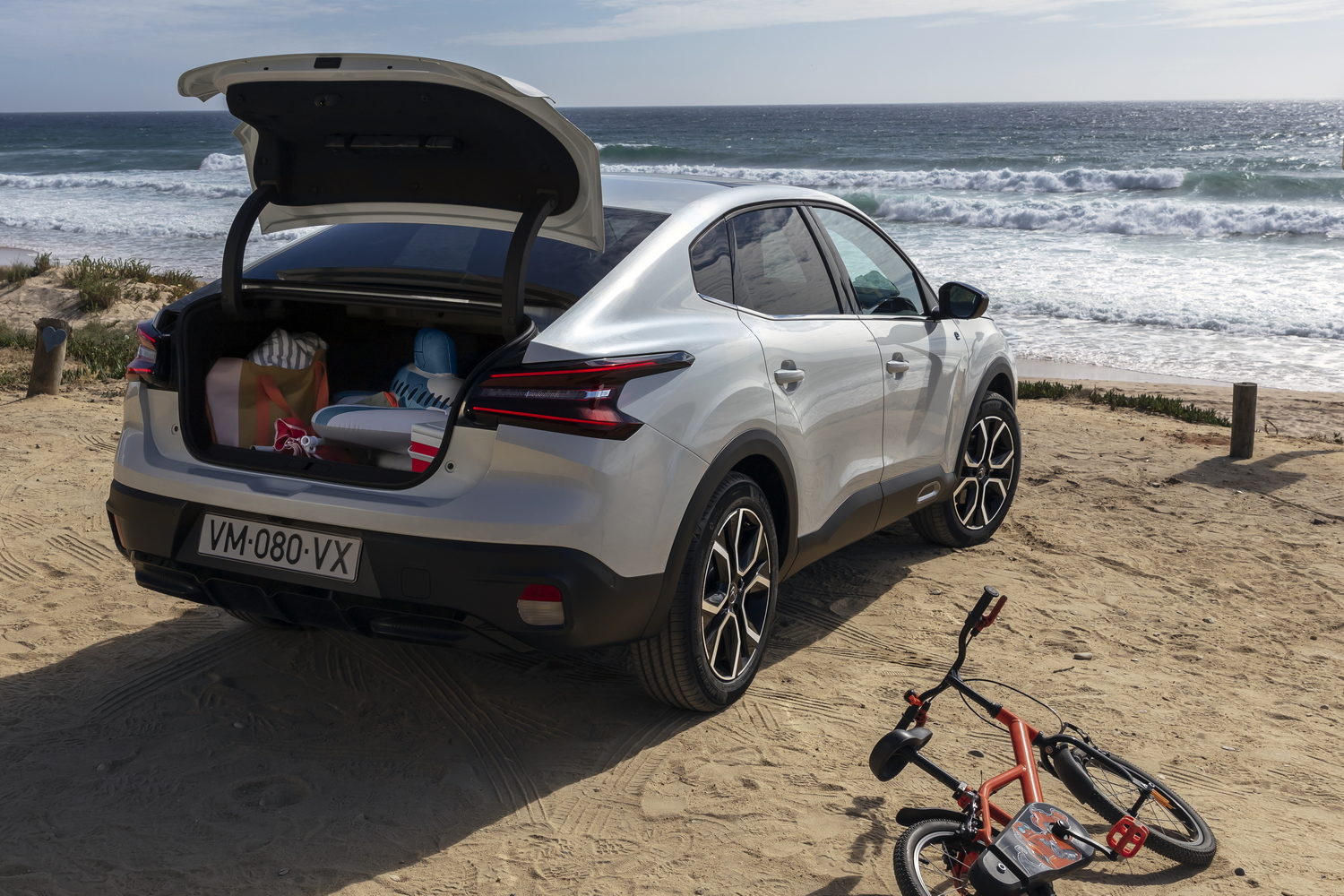 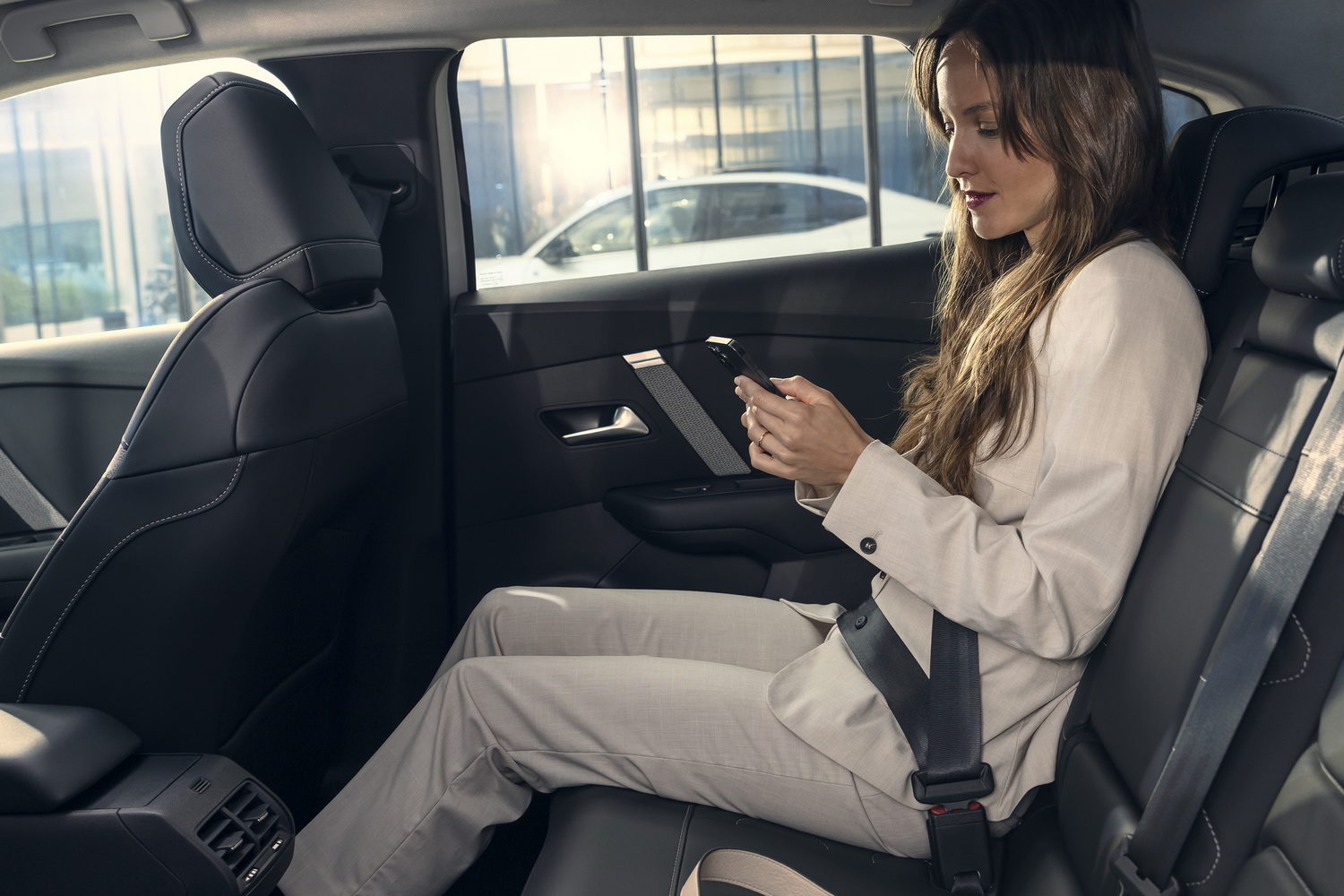 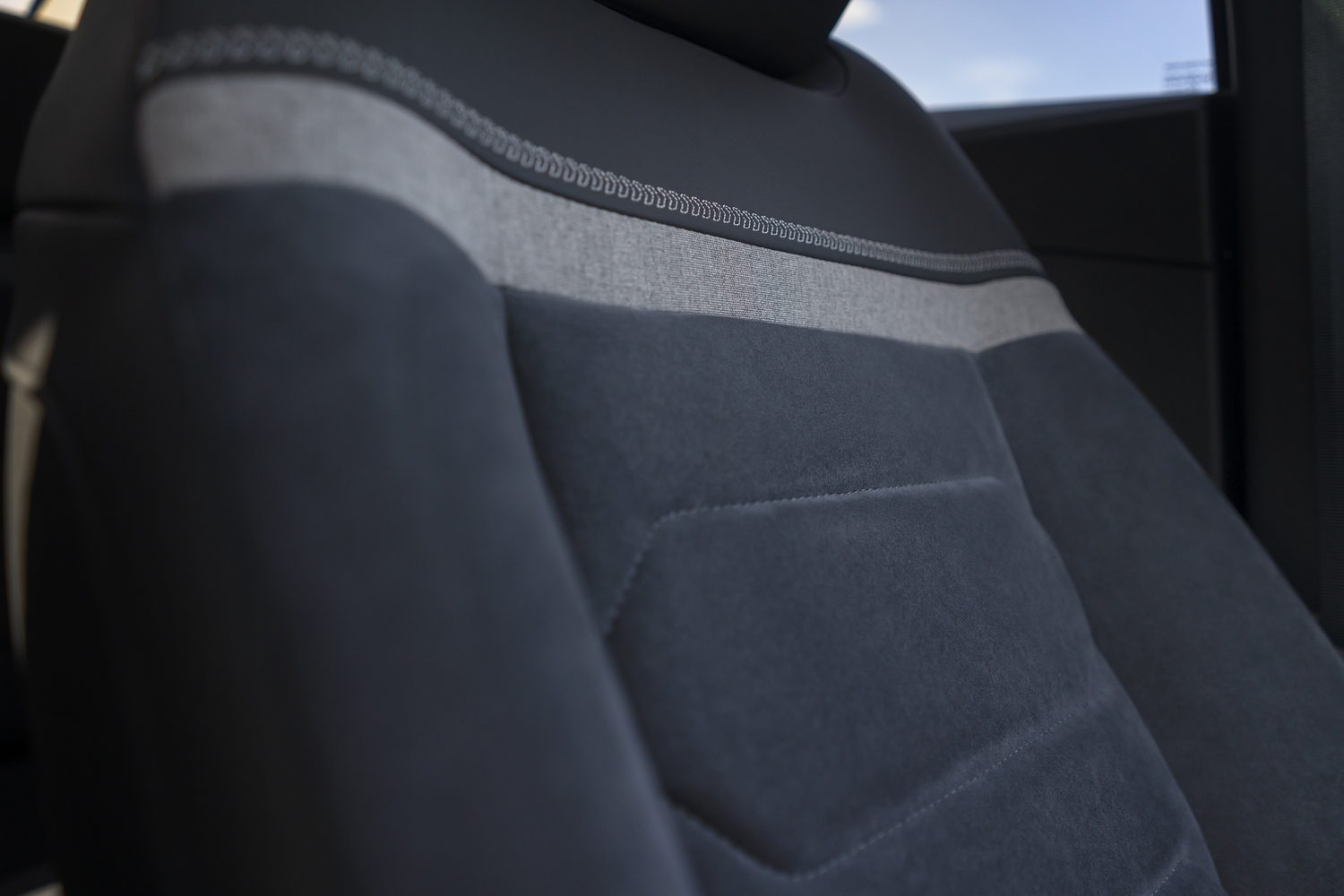 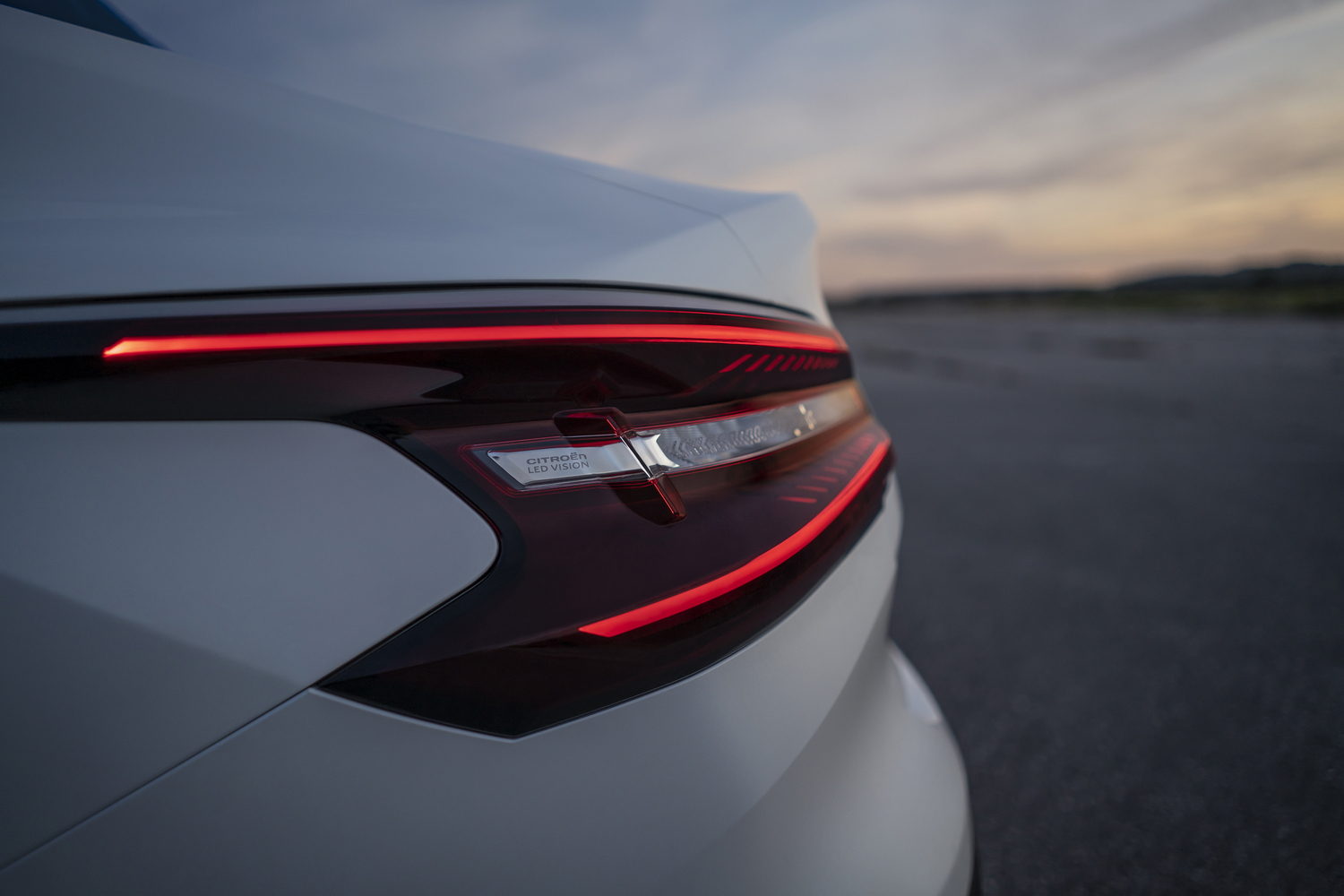 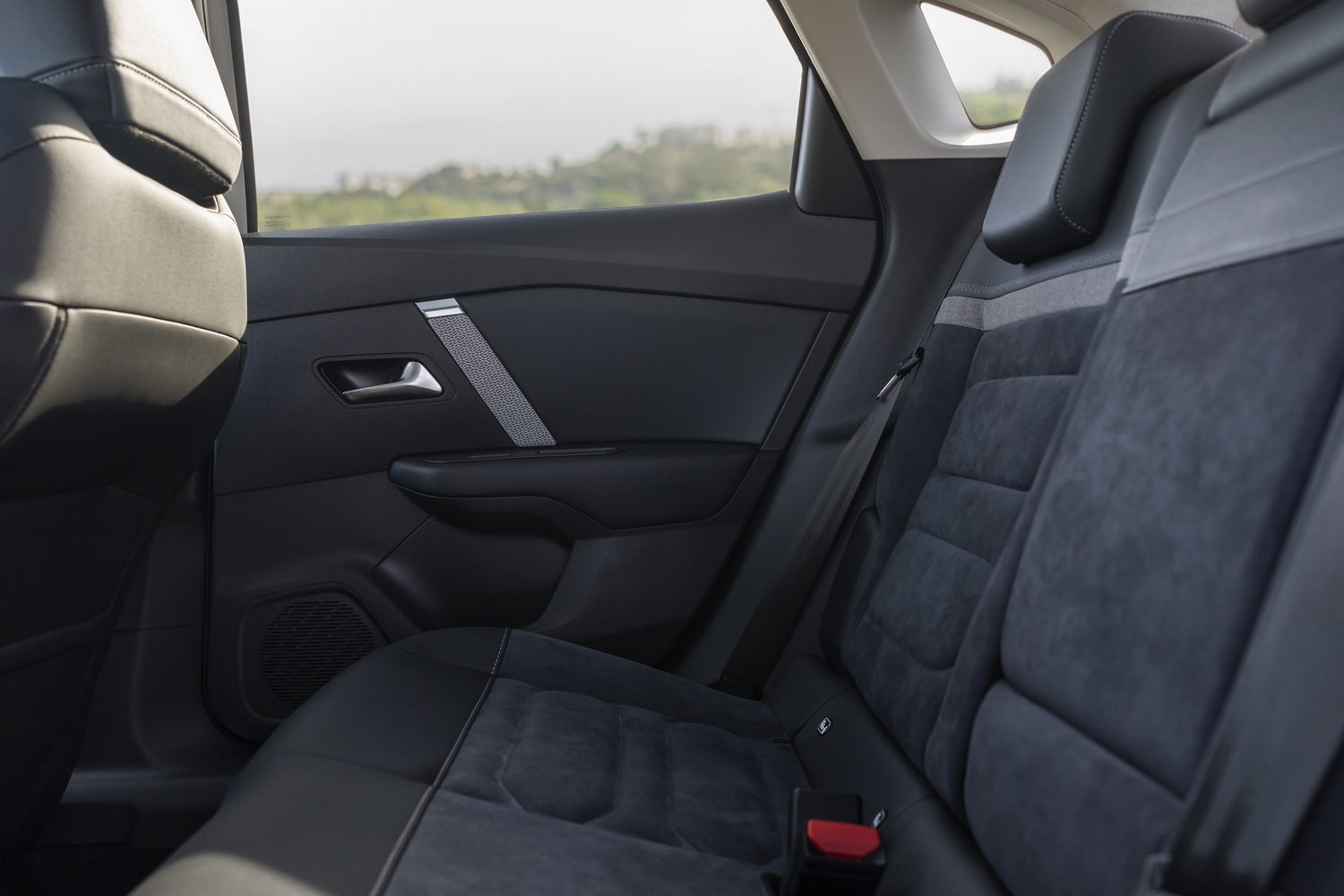 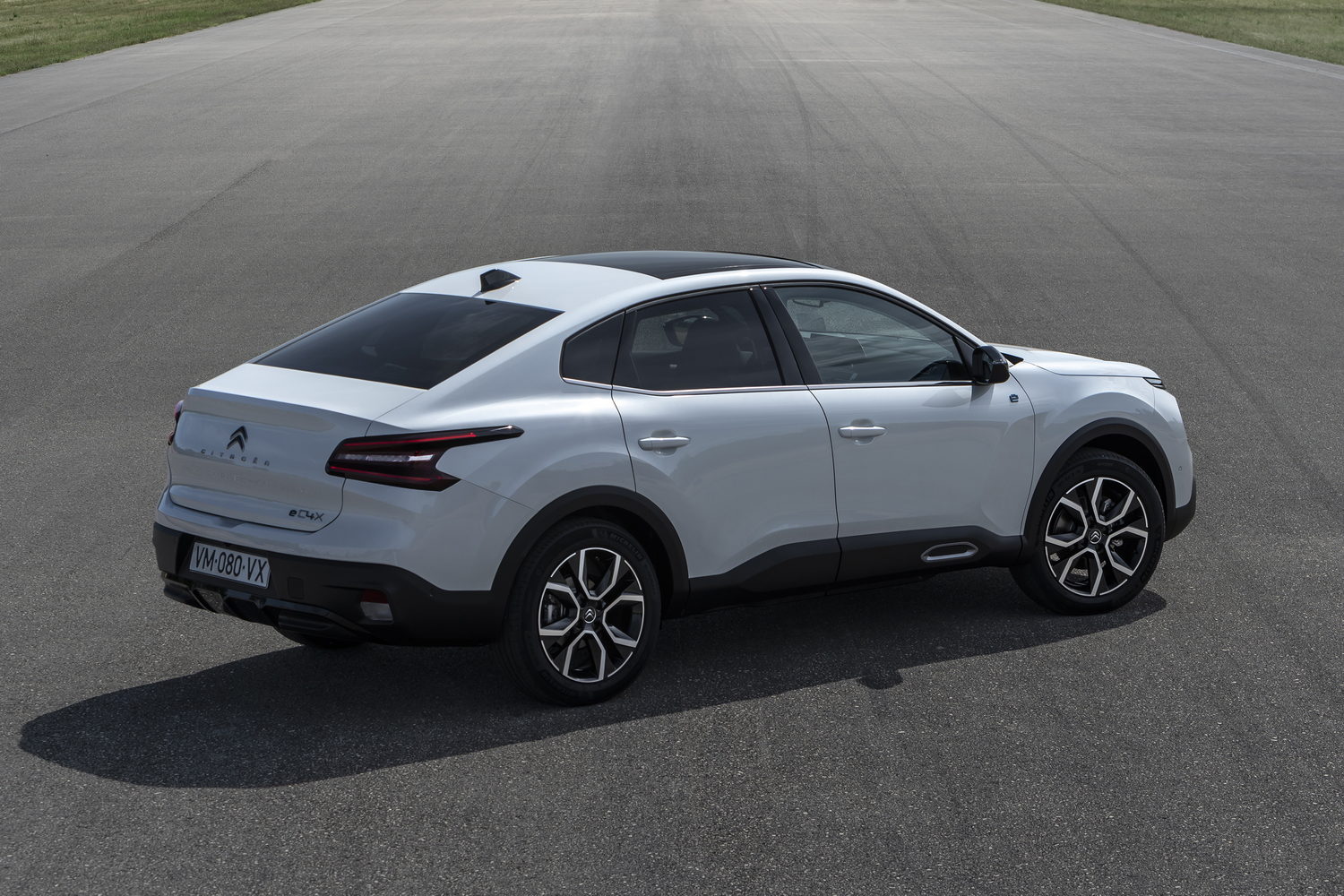 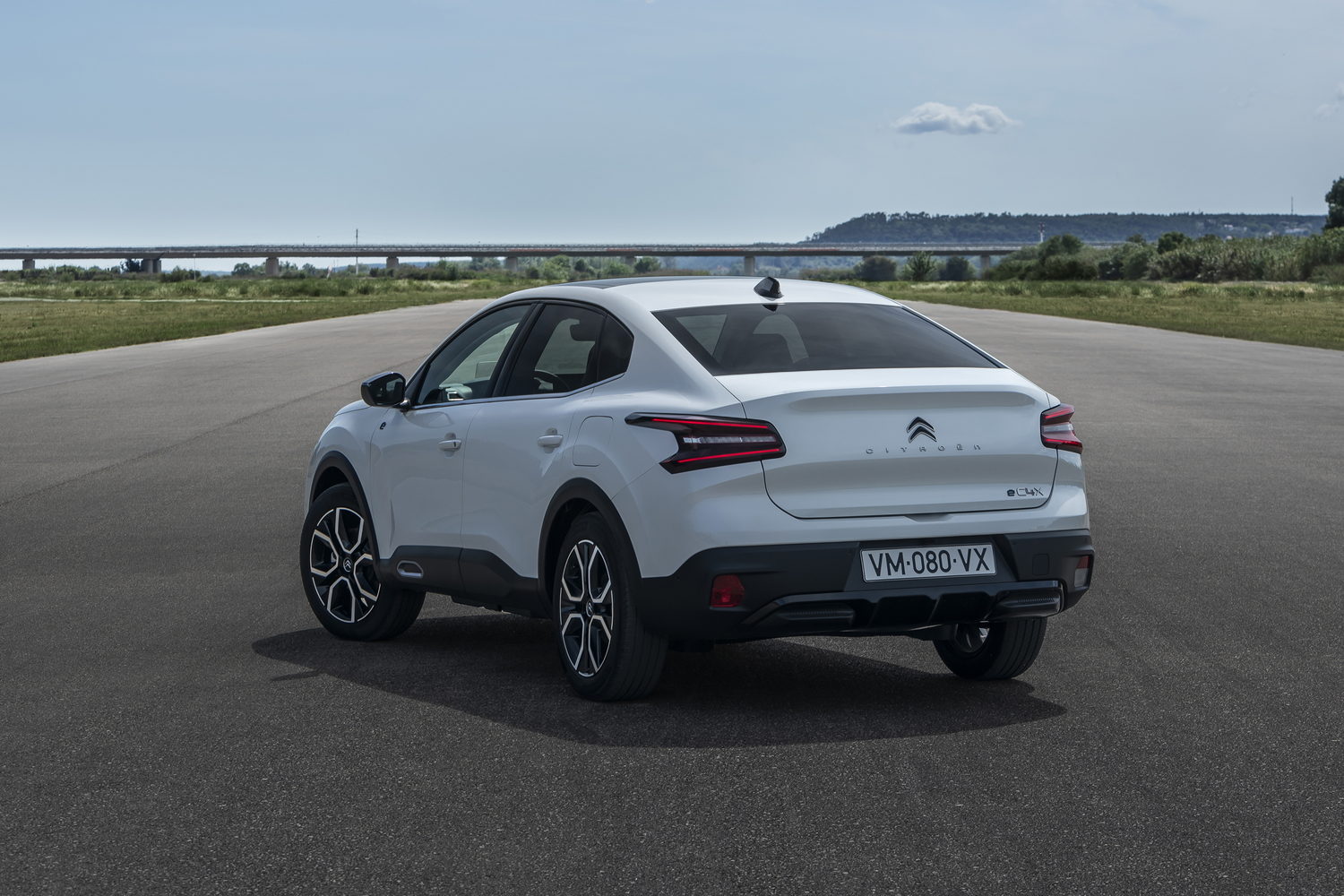 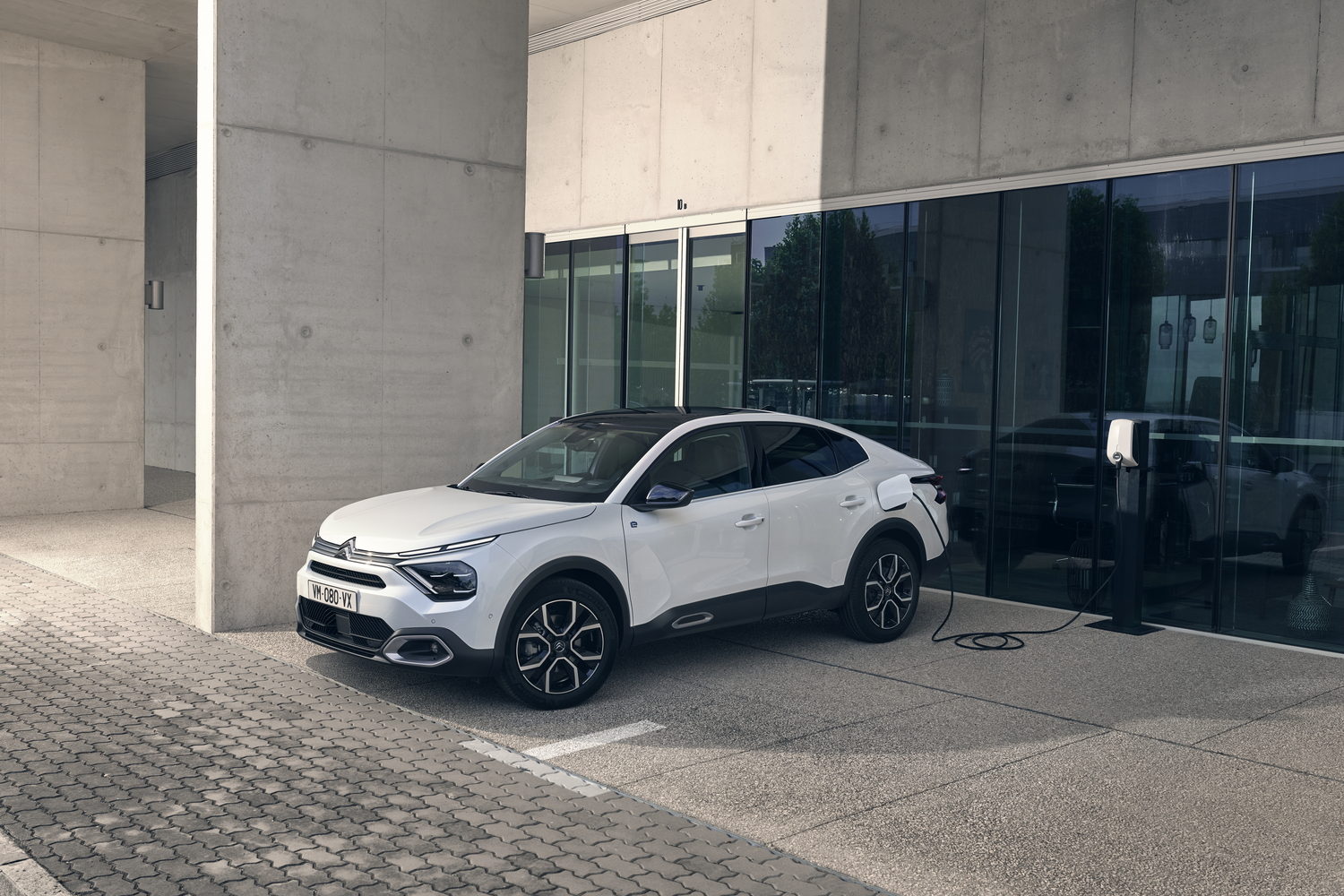 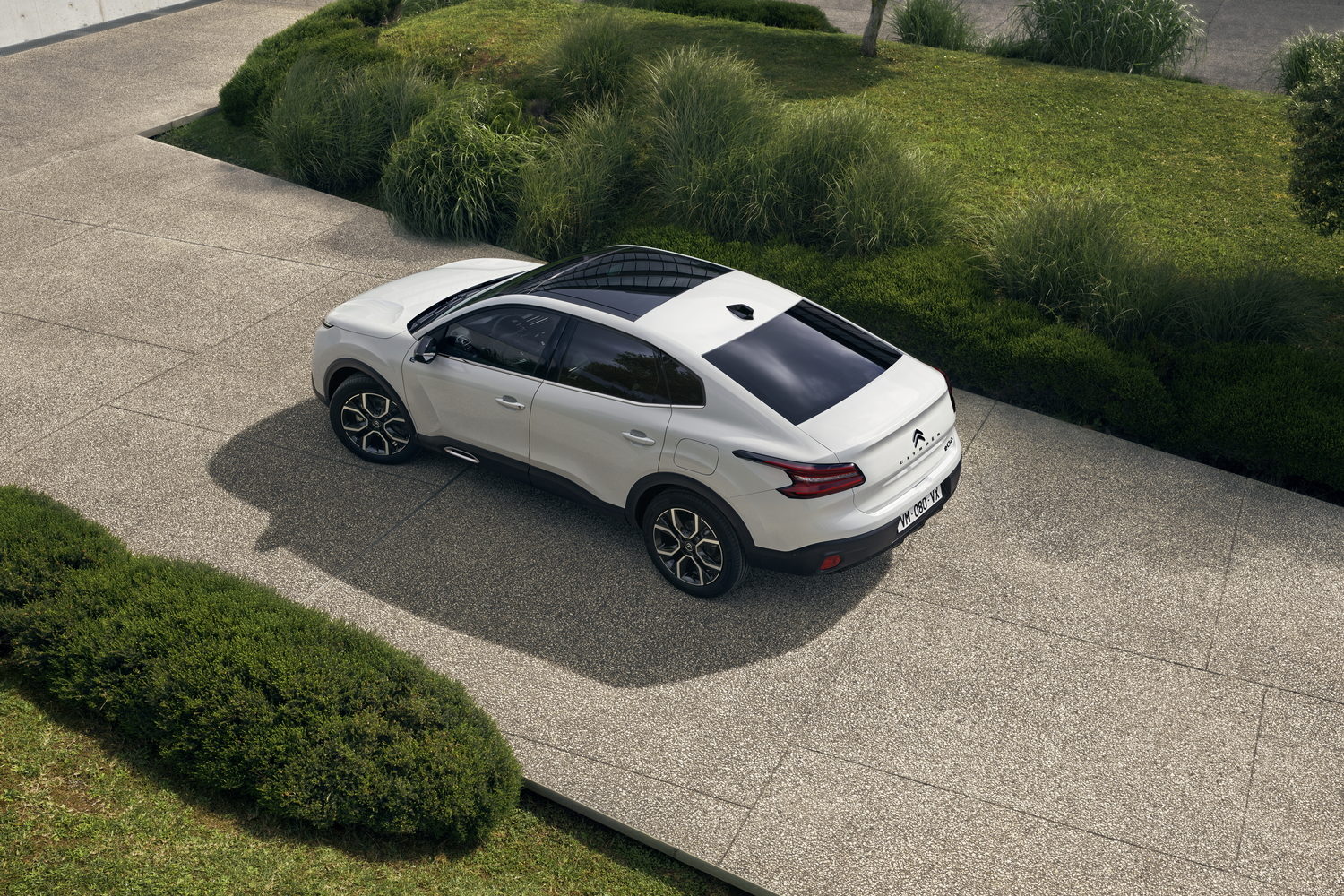 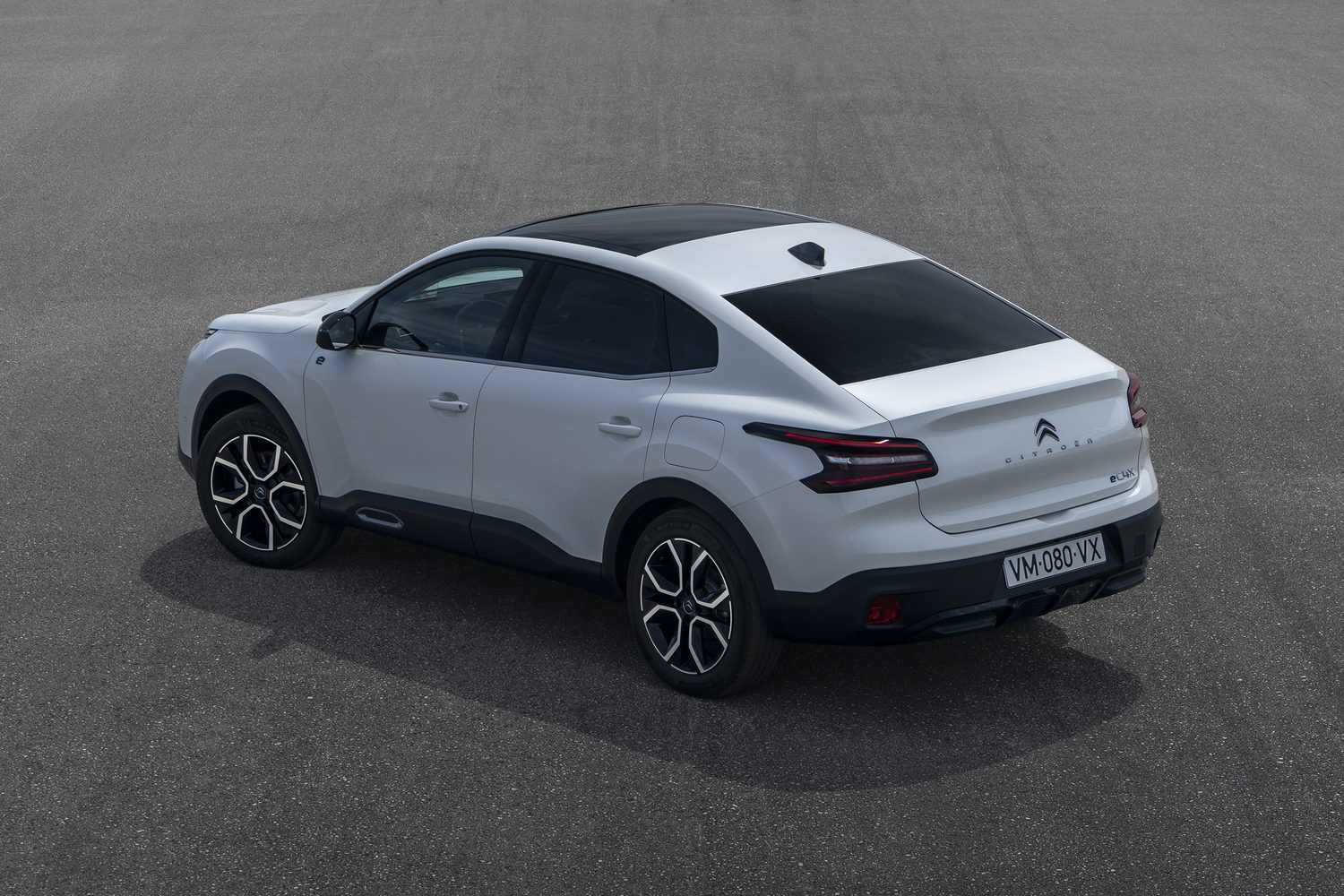 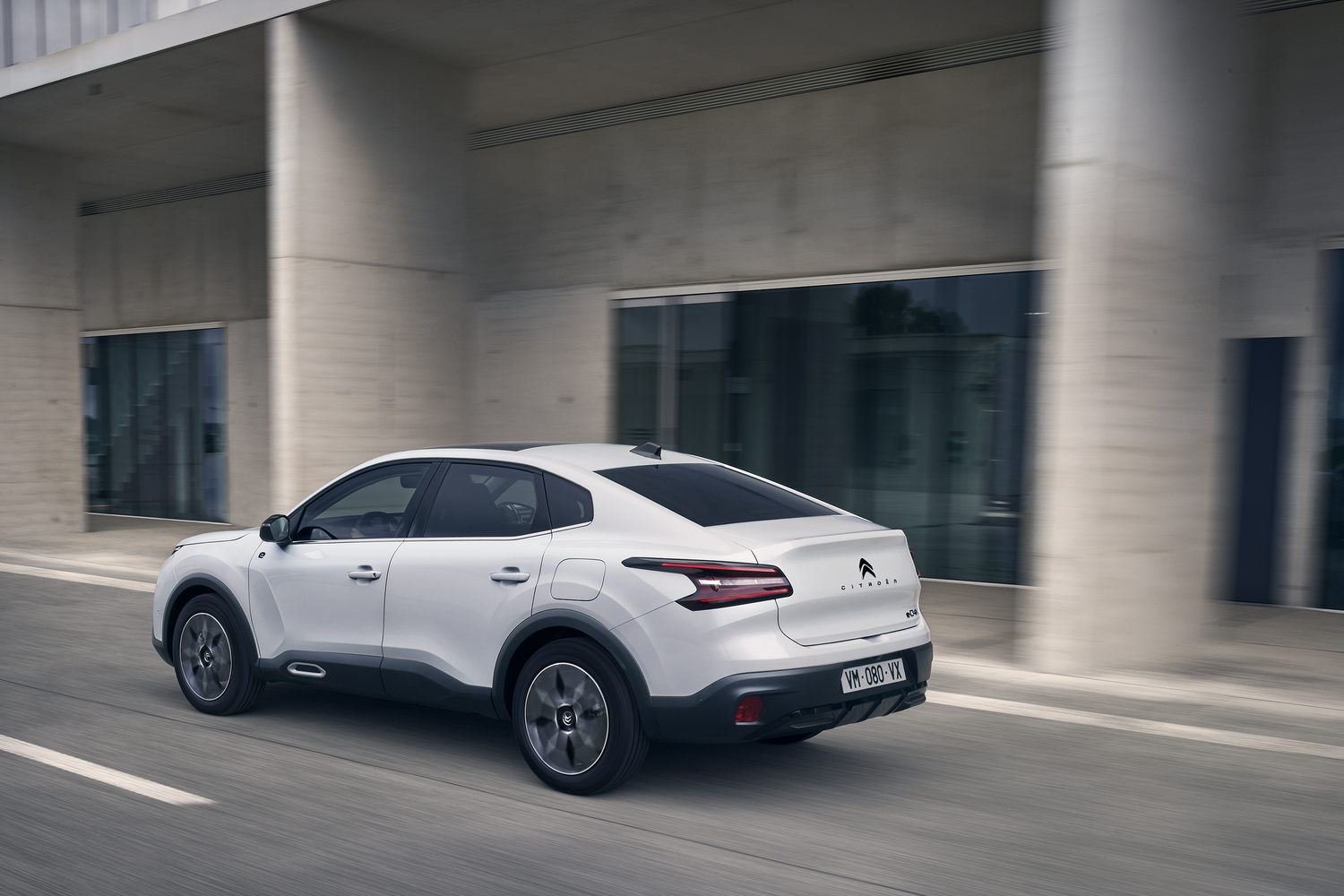 Citroen has revealed a new fastback crossover, to be sold in electric e-C4 X format.

Citroen has unveiled a new fastback crossover, the C4 X, which will sit in its range above the C4 but below the recently launched C5 X. It's expected that only the electric version, the e-C4 X, will be coming to Ireland.

EV only for Ireland

While there will be petrol and diesel versions of the C4 X available in other markets, Ireland (and much of western Europe) will only receive the battery-electric e-C4 X. This is driven by the familiar Stellantis electric powertrain that uses a 50kWh battery pack and 136hp electric motor. That combination will give the e-C4 X a WLTP range between charges of around 360km. At a 100kW DC charger, the battery can be topped up to 80 per cent in 30 minutes or at a rate of 10km per minute.

Bigger than a C4

At 4,600mm in length (compared to the C4's 4,360mm), the Citroen C4 X has been designed as a more spacious alternative to the car with which it shares its wheelbase and platform. The redesigned roofline and extra length have resulted in space gains both in the boot (now 510 litres) and for rear-seat passengers. At 1,525mm, the C4 X isn't actually any taller than the regular C4, though the chunky wheels, protective wheel arches and Airbumps give it that same SUV/crossover style.

"We wanted to add length to provide extra comfort for rear seat passengers as well as a very large boot volume to meet the needs of customers who want a more traditional luggage space, but without making the car look boxy or ungainly," said Citroen's design director, Pierre Leclercq.

"So we pushed the hard points as far as we could to achieve a fastback roofline that seamlessly extends into the boot lid and then down through the sculpted rear panel to the bumper. This combines with the higher ride height and rugged cladding around the car to disguise the length and makes it look like it is pushing forward in a sporty way."

Inside, the C4 X gets the same "Advanced Comfort" seats found elsewhere in the Citroen line-up with thick, high-density foam (for extra softness and to avoid future sagging) and a range of postural adjustment settings. Sitting in the middle of the dashboard is a 10.0-inch infotainment screen and dotted around the cabin are several USB ports for recharging devices. In the front, a retractable system built directly into the dash is designed to hold a tablet computer, meaning front-seat passengers can watch videos on the go.

It isn't just boot space and legroom that have seen an increase either; there are also 39 litres of storage bins and cubbyholes in the cabin itself. There's a large panoramic glass sunroof overhead too, giving the interior a lighter, airier feel.

Providing the C4 X with a soft, comfortable ride is Citroen's patented system of Progressive Hydraulic Cushions. In normal conditions such as when the road is relatively smooth, the springs and shock absorbers work together to control vertical movements and dampen any bumps. Under more extreme conditions, such as those seen on back roads up and down Ireland, the shock absorber and spring work together with hydraulic bump stops to smooth the jolt out of the compression and decompression of the shock absorber resulting in what Citroen describes as its "magic carpet ride".

The C4 X gets a full range of advanced driver assistance systems including adaptive cruise control with a Stop & Go function, which adapts to the speed of the vehicle in front by automatically maintaining a safe distance selected by the driver. This system has the ability to stop the vehicle and restart it automatically such as in stop-start motorway traffic. The usual suite of safety features such as automated emergency braking, pre-collision alert and blind-spot monitoring are also available.

The Citroen e-C4 X will go on sale from the autumn, but given the current global supply chain situation it could be closer to the end of the year or even into 2023 before deliveries start in Ireland. Pricing has yet to be confirmed, but considering that the e-C4 X is pitched as a larger alternative to the e-C4, expect something in the €35,000-€40,000 price bracket.