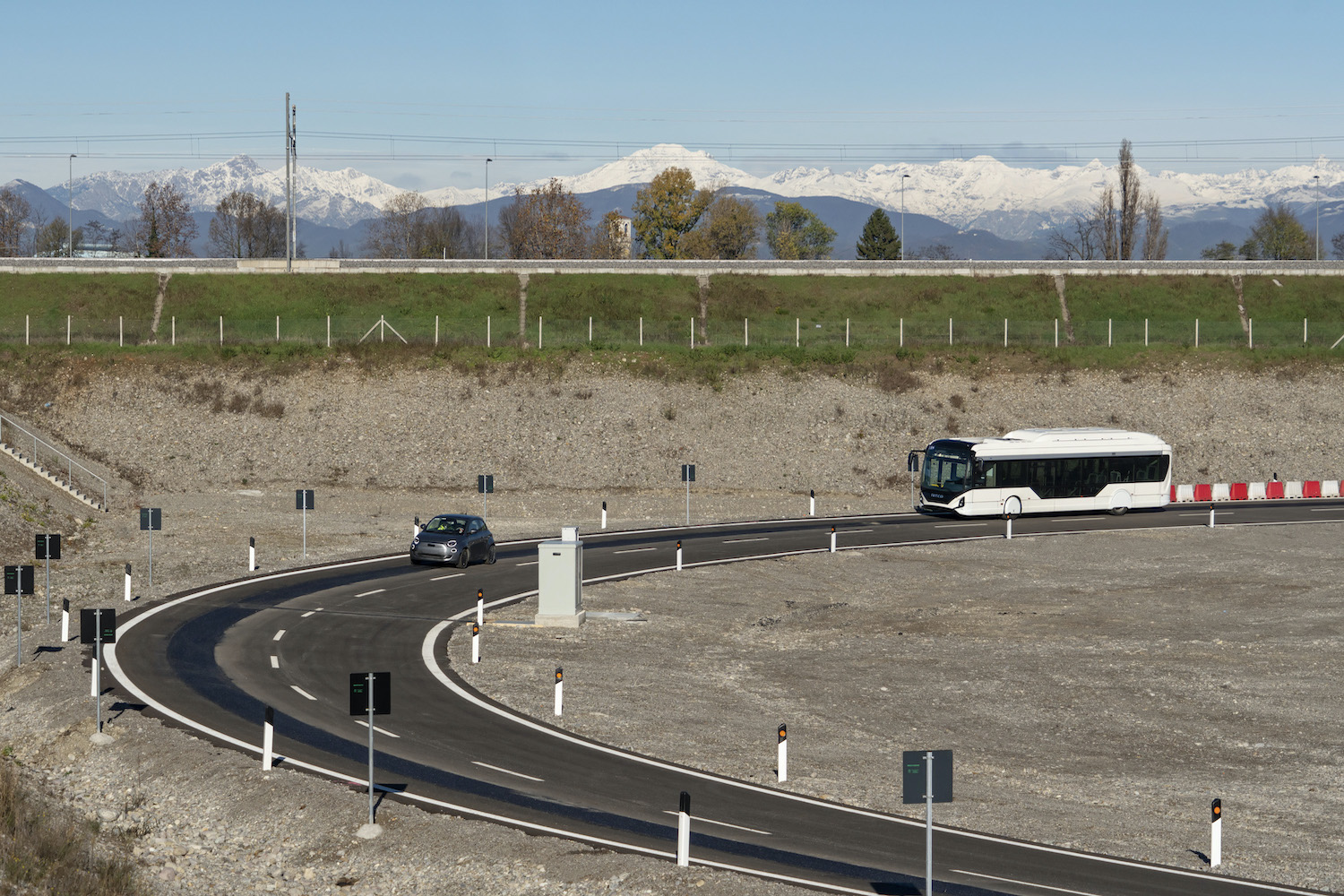 Automotive group Stellantis has begun demonstrating a type of charging technology known as Dynamic Wireless Power Transfer (DWPT) which allows an electric vehicle to drive along a specially adapted road drawing power from electric coils beneath the asphalt and without depleting its own battery.

Following months of testing at its Arena del Futuro track in the north of Italy, the company finally demonstrated the technology at work this week with an electric Fiat 500 outfitted to test the system. With electricity supplied to the coils under the road, the vehicle above was fitted with a "receiver" which allows it to pull energy wireless from underneath, supplying power to its electric motor without running down the on-board battery.

On a network of adapted roads such as motorways, such technology could, theoretically, allow electric vehicles to travel vast distances without the need for recharging, and the in-road inductive charging system behind the Arena del Futuro circuit has been hailed as one of the 100 most important inventions of 2021 by Time magazine.

The system is powered by direct current electricity which, according to Stellantis, offers a range of advantages over AC. Firstly, it reduces the power losses inherent in the energy distribution process. Another advantage is that it can be directly integrated with renewable energy sources without the need to convert the power to AC. Thirdly, it allows for the use of thinner cables made from aluminium which costs less than copper cabling and is easier to package and recycle. The use of inductive energy transfer also means that there are no exposed cables and, such is the nature of the system, it's still perfectly safe for people and animals to walk along a road under which induction coils have been placed.

"Working with this incredible group of partners, we have proven that inductive recharging technology can power our electrified future," said Anne-Lise Richard, Head of Global e-Mobility Business at Stellantis.

Although Stellantis' demonstration with the adapted Fiat 500 immediately evokes images of thousands of electric cars whizzing up and down motorways using nothing put power drawn from the road, realistically it's in the area of buses and public transport where DWPT technology is likely to make the most impact, as partially evidenced by the participation of bus-maker Iveco Bus in the project. With induction cables positioned under city streets and bus routes, DWPT could in theory allow electric buses to operate around the clock without the need for long periods spent recharging at their depots.

At present in Milton Keynes in the UK, one such electric bus already makes use of inductive charging at each terminus of its 25km route. Although it recharges overnight, each time it reaches the end of its route, it lowers a receiver to meet an induction pad in the road, taking on power for ten minutes at a time before setting off again. This allows the bus to keep going for longer without the need to return to the depot for recharging during the working day.

Electrified bus routes and motorways, however, are just two of the many potential applications Stellantis sees for DWPT.

"In addition to being useful on roads and motorways," Stellantis says, the technology "is also suitable when combined with other infrastructures like harbours, airports, and parking lots."