Renault re-invents the Scenic - with hydrogen 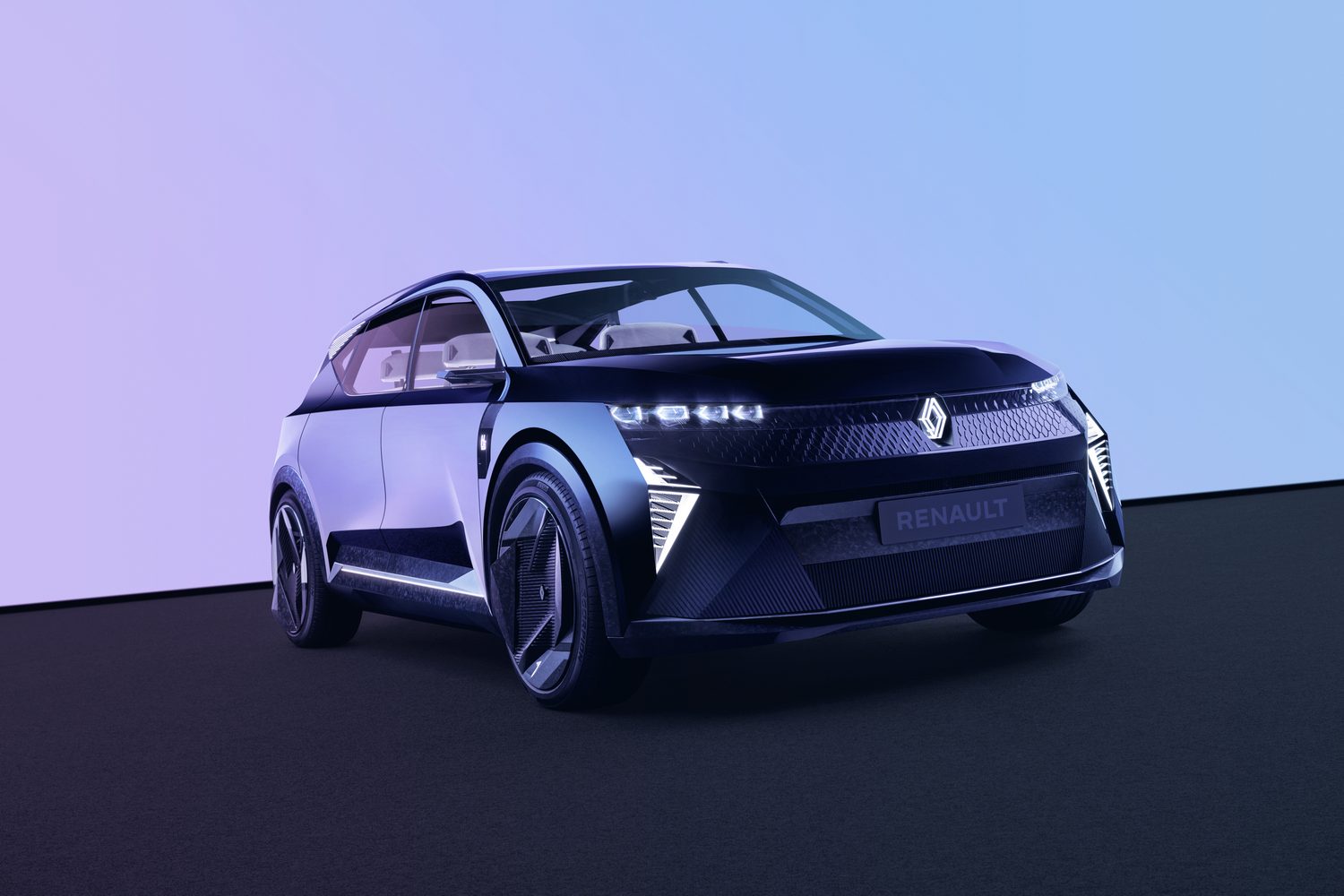 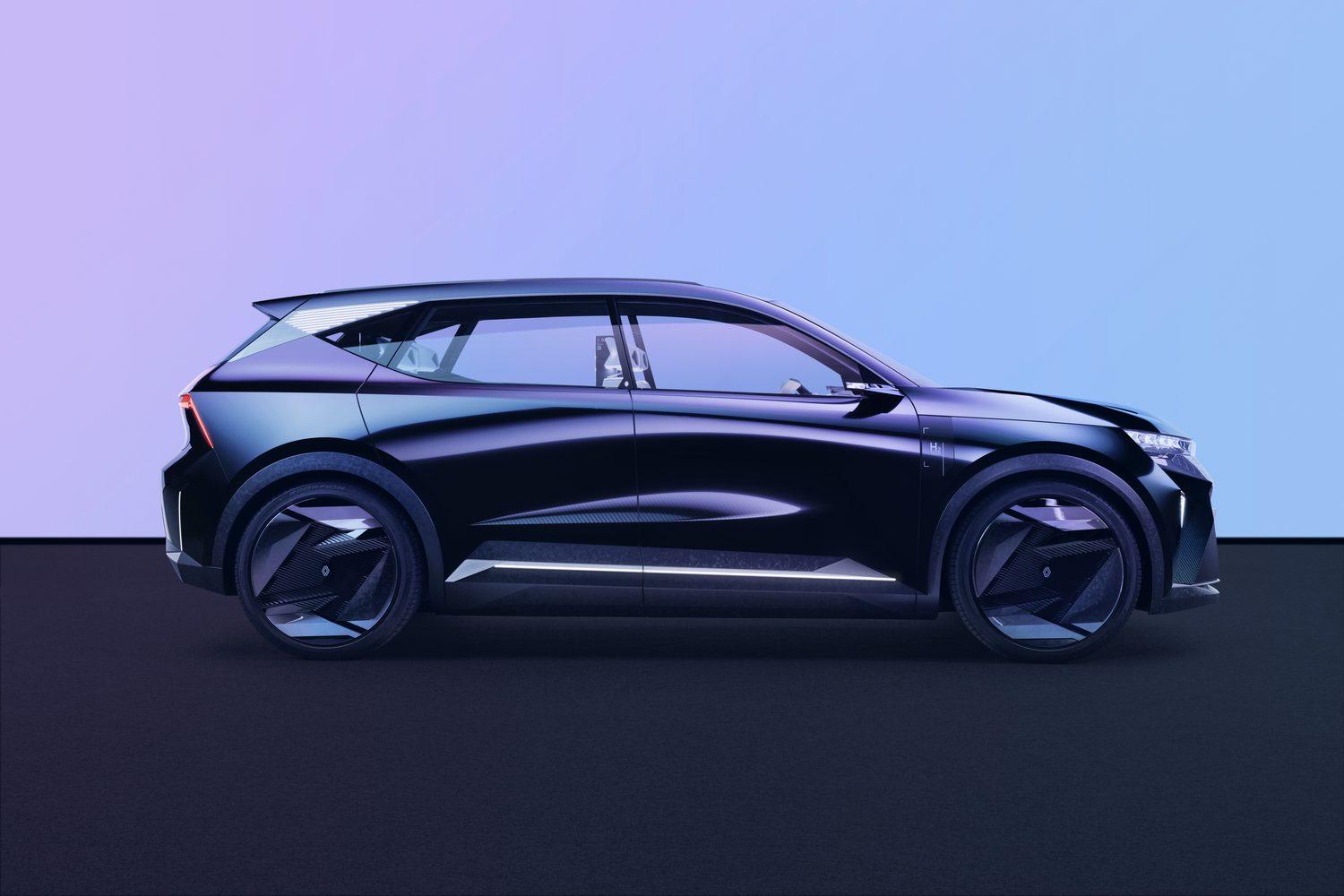 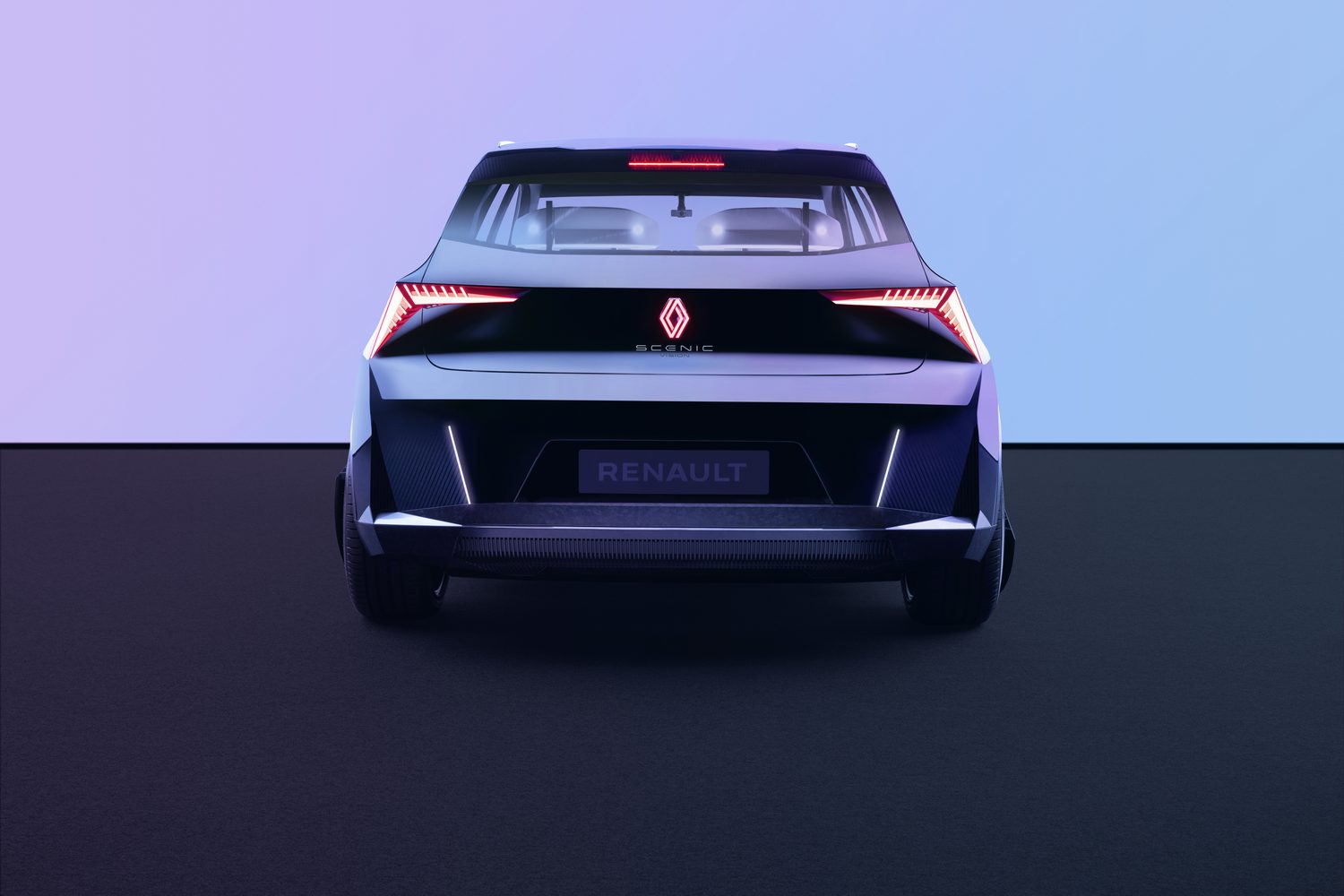 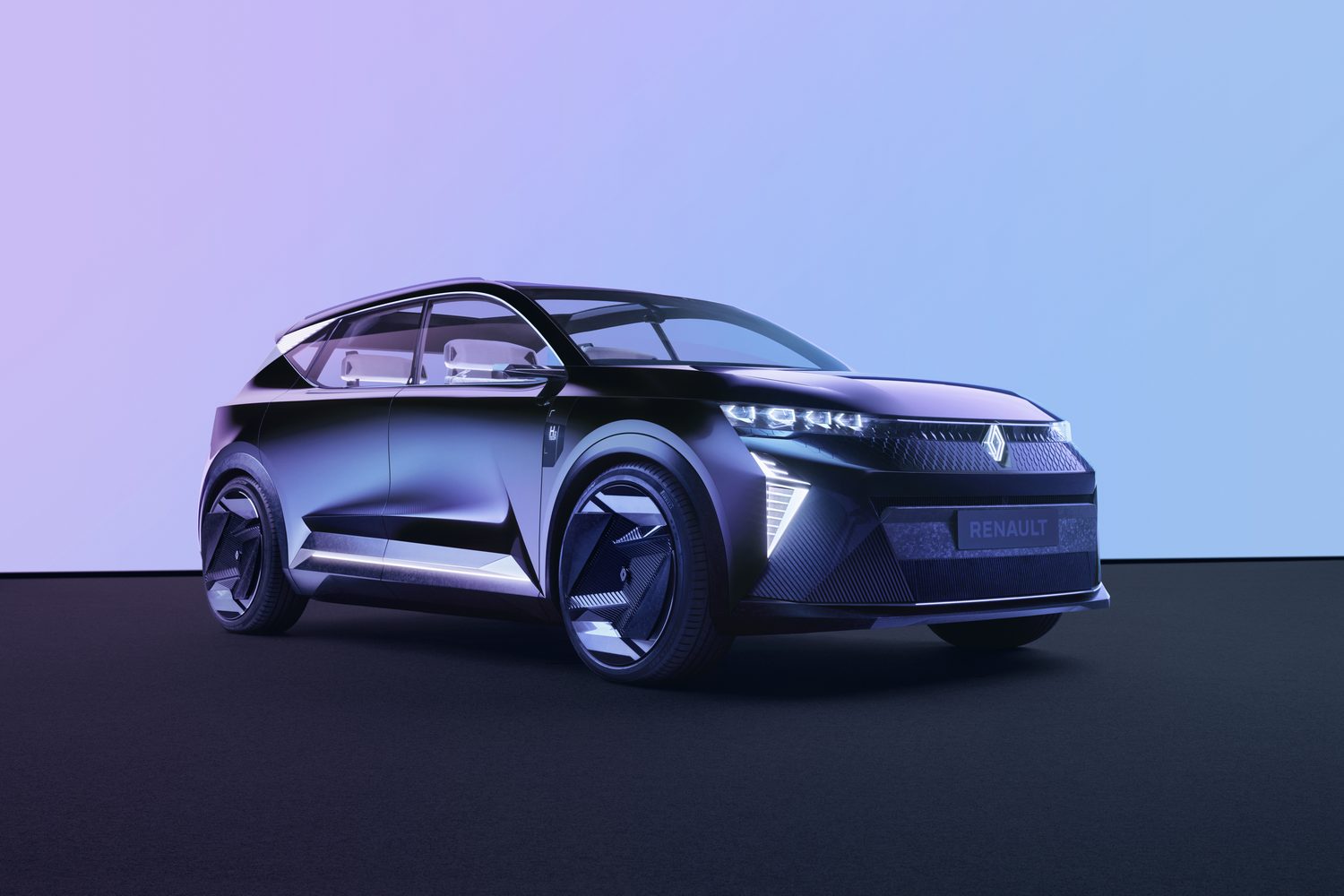 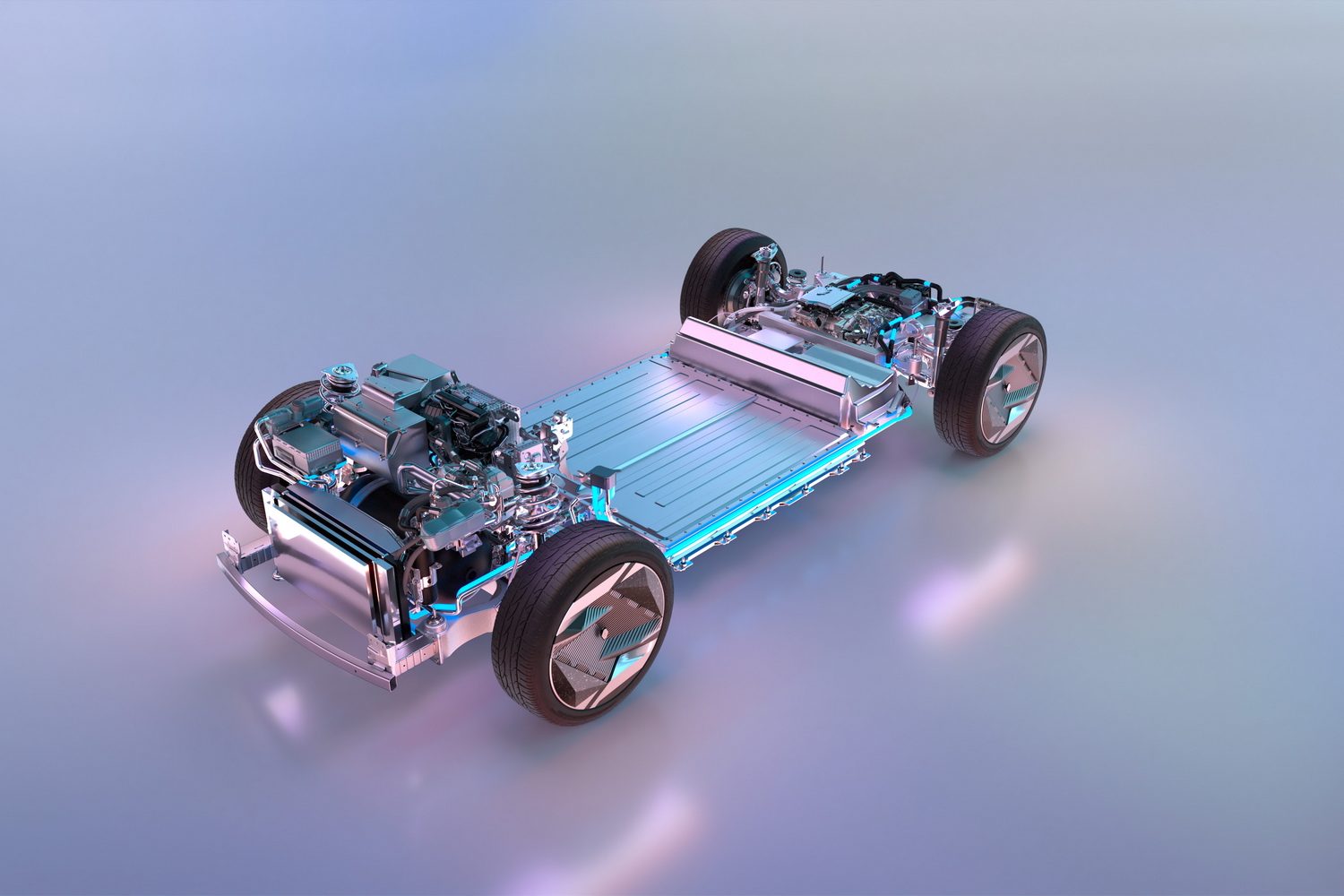 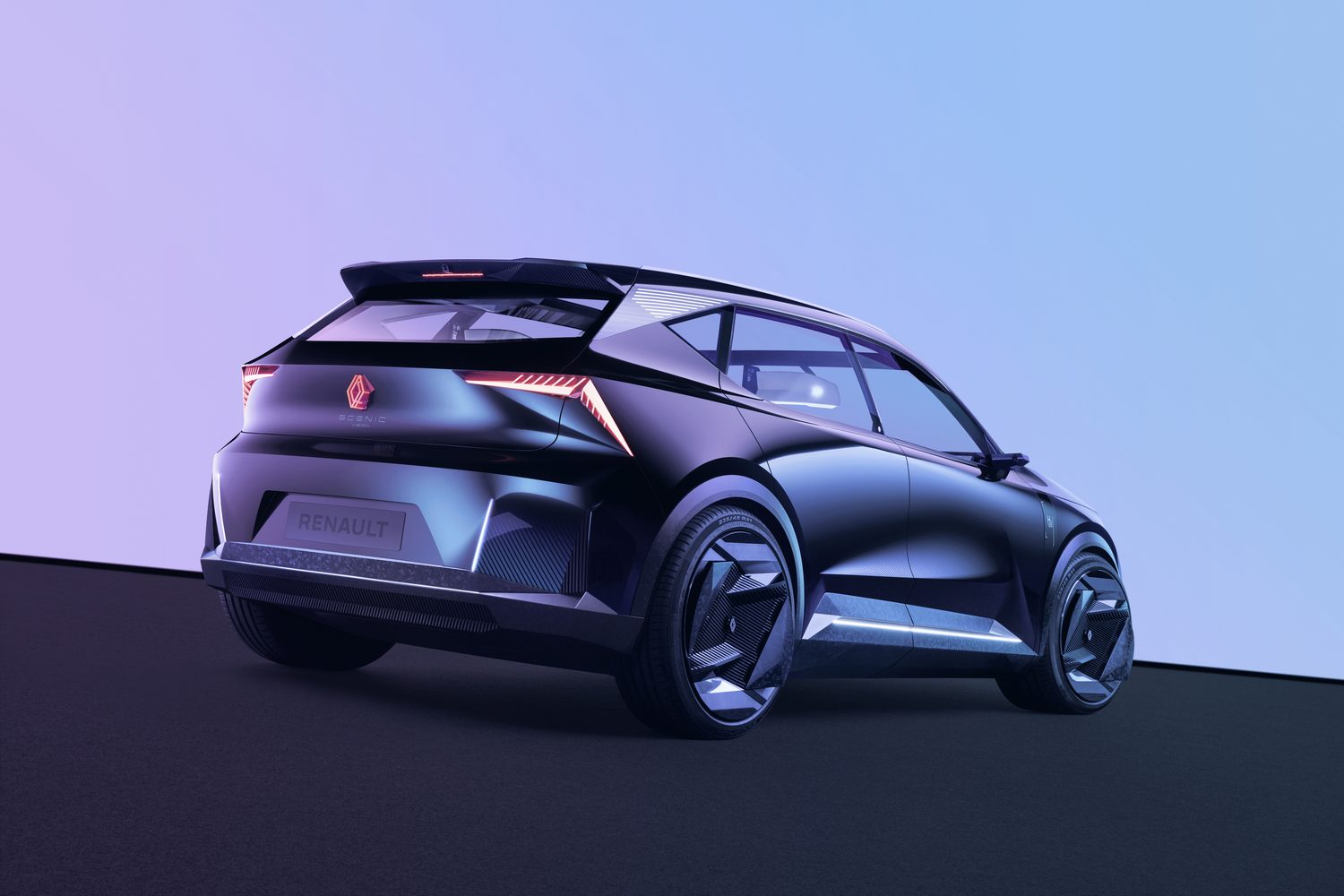 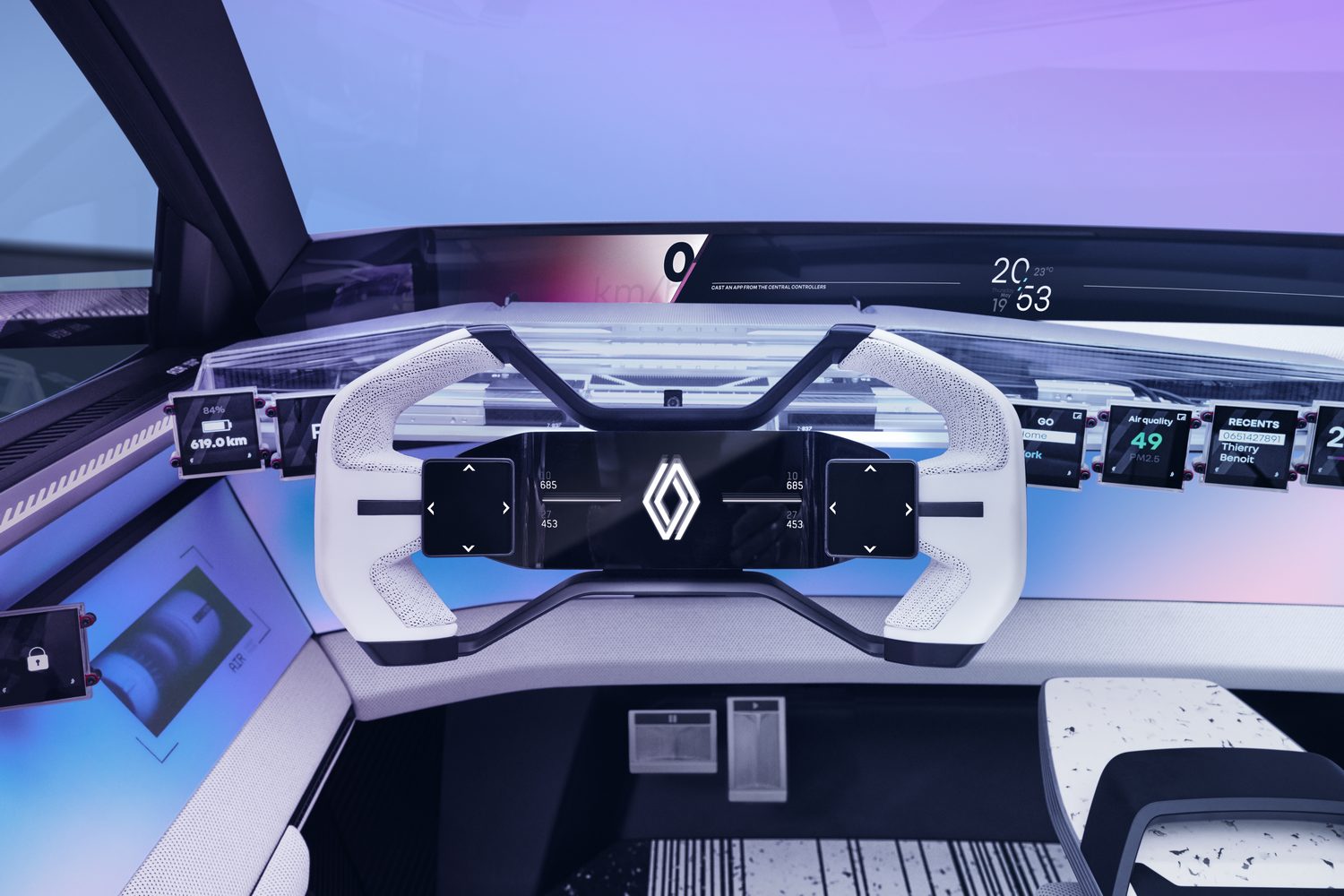 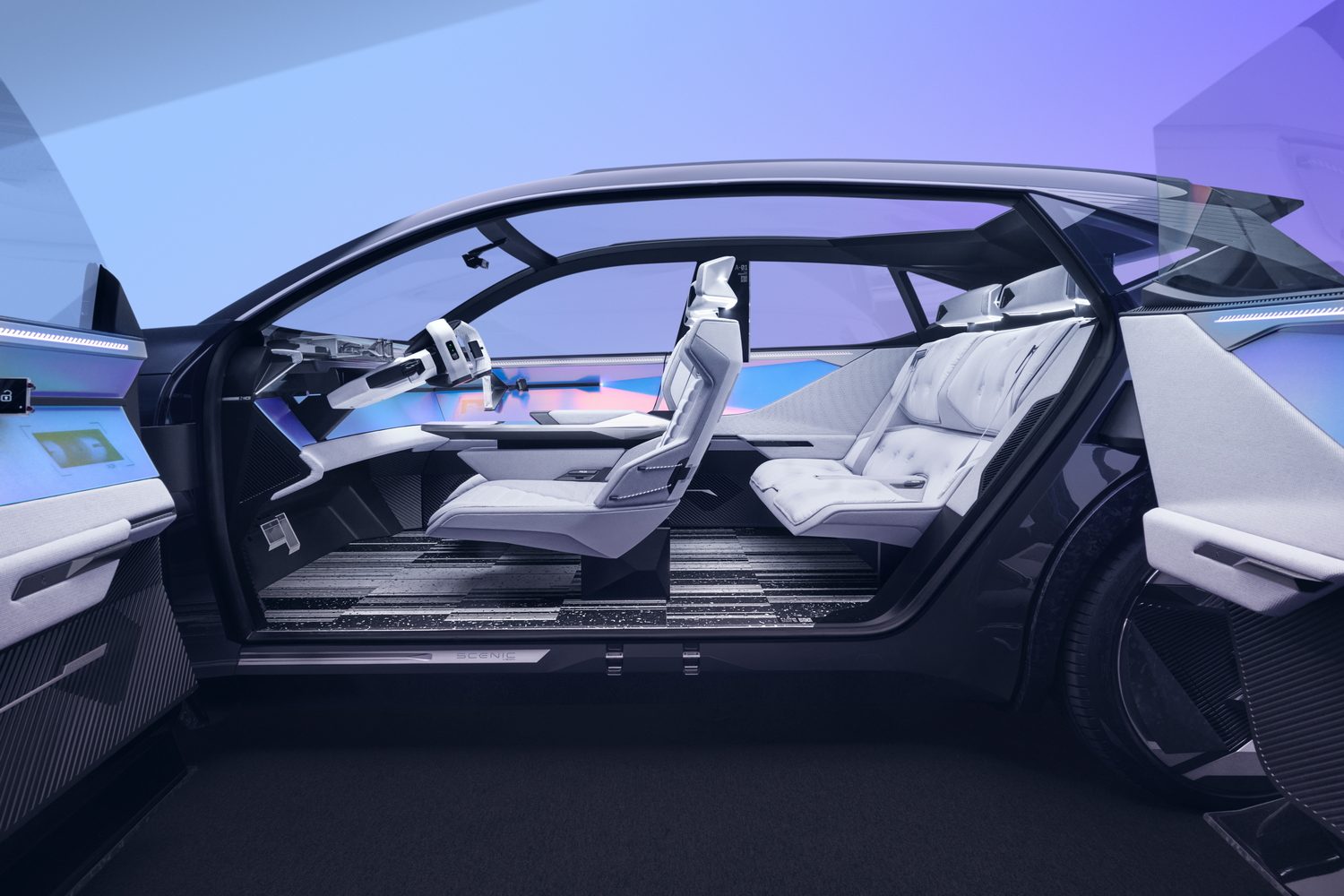 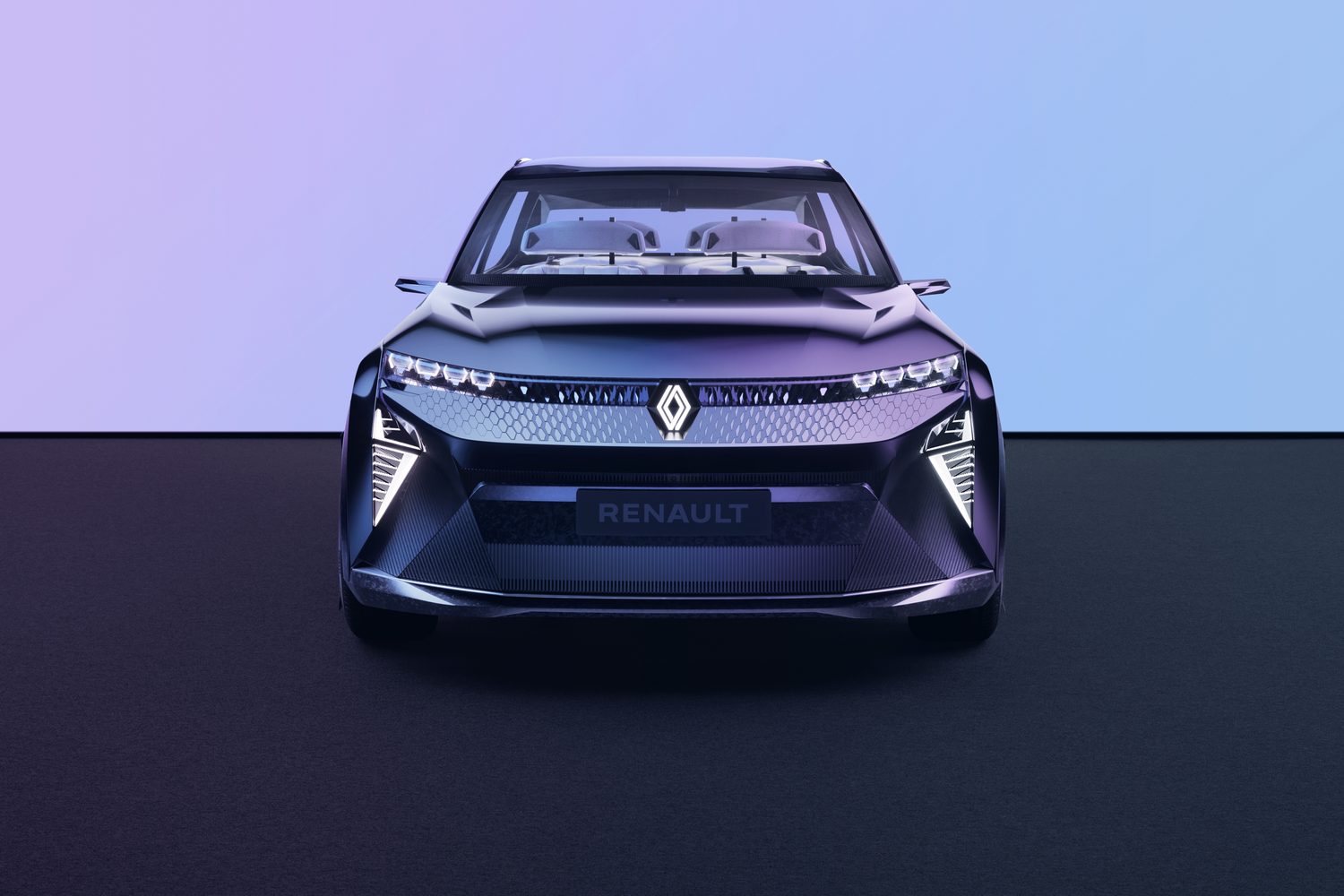 Renault, having ditched the Scenic MPV model in favour of an ever-expanding portfolio of SUVs and crossovers, could be about to revive the classic name for a hydrogen-powered car.

The Scenic Vision Concept "epitomises the brand's vision for a greener, safer and more inclusive future" according to Renault. It uses a powertrain that combines both battery and hydrogen power, while the body, interior and even the battery are said to be 95 per cent recyclable. The car's bodywork is already made of 70 per cent recycled materials.

That recyclability is said to give the Scenic Vision a carbon footprint that is some 75 per cent smaller than that of a conventional electric car.

The powertrain is a hydrogen fuel-cell hybrid, a layout that Renault says is unique. It combines a 160kW electric motor (that's 217hp, and it's basically the same motor as found in the new Megane E-Tech Electric) with a 40kWh battery that's lighter, smaller and costs less to make than the larger batteries more usually found in cars such as this.

Of course, 40kWh doesn't get you much range, but Renault's answer to this is that the system is backed up by a 15kW hydrogen fuel cell, which can recharge the battery on long drives, extending the overall electric range. "In 2030 and beyond, once the network of hydrogen stations is large enough, it will be possible to drive up to 800km, with the hydrogen tank able to be refilled in five minutes or less," claims Renault.

The Scenic Vision is built on a new platform, which Renault says is "currently in the prototyping phase." The electric motor sits at the rear, while the hydrogen fuel cell sits behind it. The hydrogen tank is up front.

According to Renault, there are major advantages to a hydrogen-hybrid layout: "The point of using the fuel cell on long journeys is that it's quicker to top up the hydrogen tank than to charge the battery. This way, there is no need to charge the battery until the car reaches its destination. When the weather is cold, the hydrogen range-extender also keeps the battery at the right temperature for optimal operation and extra range."

The Scenic Vision concept is really a way of Renault publicising how it's aiming for carbon neutrality in the future. It's setting up factories to run on renewable energy, and is refitting its Flins factory near Paris to become a vast vehicle recycling centre, especially useful for scavenging precious battery materials from ageing cars. The aim is to reduce the batteries' carbon footprint by 60 per cent, both by decarbonising the energy used to assemble them and with a more responsible supply chain.

Renault's also looking at the mining and extraction of raw materials, and the production of parts, which account for 15 per cent of a car's total carbon footprint, and is working with its supply chain to try and educe that environmental impact.

The Scenic Vision concept has also been built with vehicle-to-grid charging capability as standard, and Renault's 'Mobilize' offshoot has plans for its battery in second-life use once it's past its best for driving duties. Once a battery is no longer fit to power a vehicle, its energy can be reused in stationary storage solutions in homes or offices, or elsewhere - in boats, refrigeration systems, machinery or airport logistics, for instance.

The fuel cell membrane is made of 100 per cent recycled platinum taken from catalytic converters removed from combustion-engined motor cars, while all the copper used in the vehicle's batteries and electrical cables is recycled.

On the safety front, the Scenic Vision promises to use: "technology and systems that will reduce the number of accidents by up to 70 per cent when coupled with conventional safety equipment."

To do that, there are three new systems. Safety Score, which uses sensors to analyse a driver's style and technique, and to give helpful hints and tips. Safety Coach, which takes data on the car's surroundings - such as whether a roundabout is coming up, or changes in the speed limit - and will issue warnings. Mind you, these won't be loud buzzers. Renault says that: "Loud, stressful warning signals have been replaced by gentle, multisensory notifications, thereby enhancing the driver's ability to anticipate, remain alert and respond accordingly."

Finally, there's Safety Guardian, which steps in and slows down the car if it detects that you've drowsed off, let go of the wheel, or reckons that you are indulging in "dangerous turning." There's also a heart rate sensor placed in the steering wheel and a camera to detect signs of driver fatigue or inattentiveness. Should a problem arise, warning signals are sent to the driver and passengers, and emergency services are alerted automatically.

The Scenic has also been designed to have a better view out, with a deeper windscreen and an information display that's set at the base of that windscreen, which is more in the driver's natural eyeline.

There's also a new 'cocoon airbag' that wraps around passengers in the event of an accident, and a special hatch that allows fire services access to the battery core, which will enable them to put out a battery fire much more quickly.

That interior is also easier to get in and out of - the rear doors are rear-hinged and there's no B-pillar, so you can just step in and out. The dashboard adjusts to give driver and passengers more space, and there are modular technology features that can be more easily popped out and replaced, further improving the car's carbon footprint. The driver's seat is sportier and 'wraparound' while the other seats are more open and family-oriented, plus there's a low window beltline to give occupants a better view out. The cocoon airbags are built into the seats, which means the dashboard can be lower and slimmer, while the driver's steering wheel is meant to look like a gaming controller.

In addition to the main screen, the interior also features 10 small widget screens, which are readily adaptable, intuitive to use and configurable, and which control functions spanning everything from music to temperature settings, the automatic gearbox to interior lighting. Content from the widgets can be transferred to the large screen on the dashboard.

On the outside, the design is a bit of a hint towards a new Renault family car that will launch in 2024, which may or may not be called Scenic, but which will almost certainly not use hydrogen power, at least initially. At 4.4 metres long and 1.59 metres tall, it's longer and lower than an original 1998 Scenic, which may not be the best for interior space. To make that space look as big as possible, the cabin is predominantly white (with rather groovy dichroic panels installed on the door panels where they reflect light, giving off a rainbow of colour, without the use of pigments). The exterior uses varying shades of black, which Renault says: "are enhanced by an array of pigments and reflective paints that highlight the sculpted forms, where light and shape interact, giving rise to new surfaces."