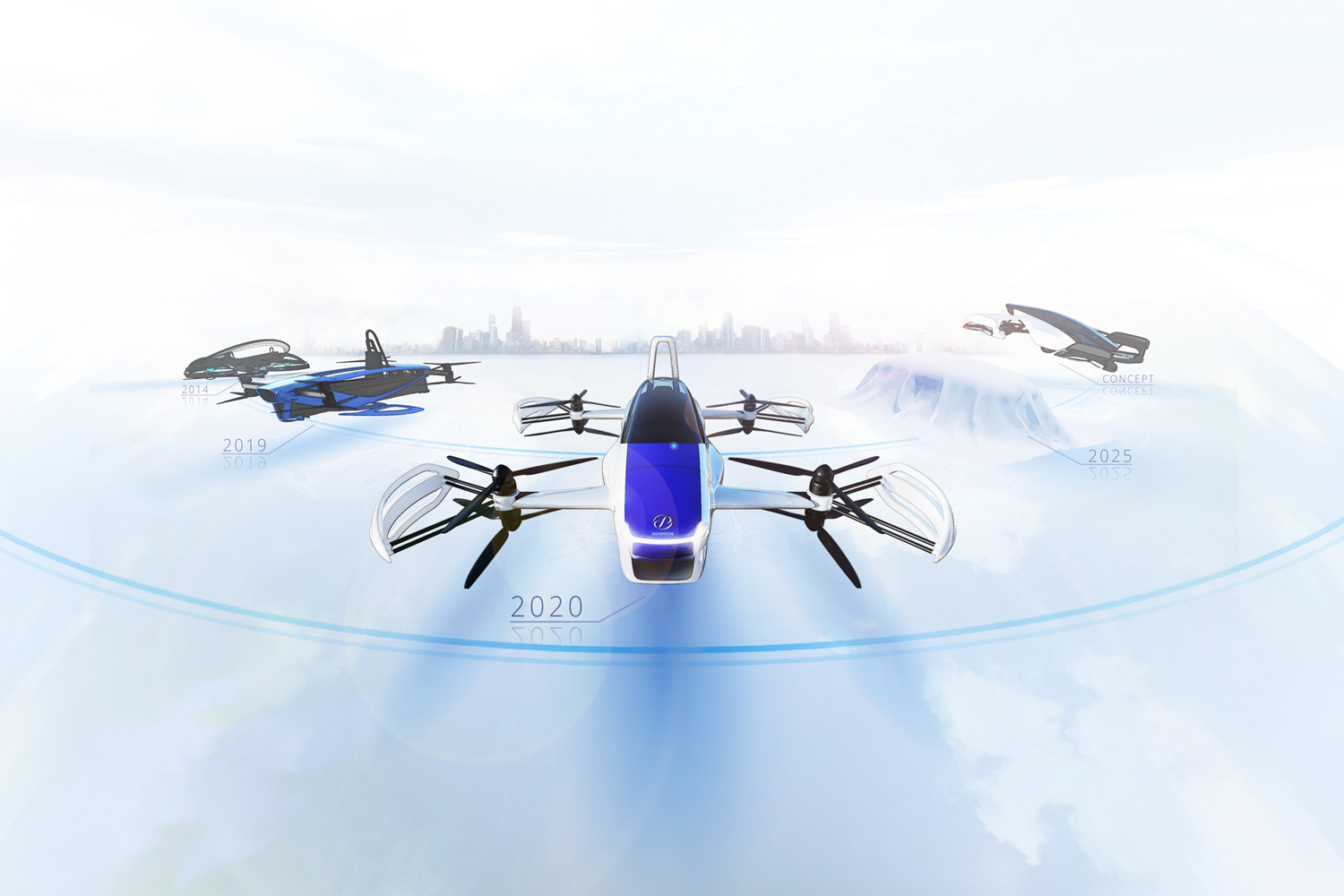 Suzuki has partnered with the Japanese firm SkyDrive to develop and commercialise electric VTOL aircraft - often known as flying cars.

Suzuki has announced a new collaboration with SkyDrive, one of Japan's leading producers of electric Vertical Take-Off & Landing (eVTOL) aircraft.

The two companies have partnered with the aim of working together in the areas of business and technology including research and development, productionising the designs for eVTOL aircraft and the development of overseas markets initially focussing on India.

SkyDrive currently produces quad-copter cargo drones, which are capable of lifting up to 30kg and, according to the company, are already in use on worksites in Japan, particularly in mountainous areas where workers may otherwise need to devise ways to move loads up awkward slopes.

SkyDrive is currently engaged in developing a compact passenger quad-rotor eVTOL aircraft which it refers to as a "flying car" and which can transport two people. It plans, it says, to launch an air-taxi service using the eVTOL aircraft during the 2025 World Exposition in Osaka as well as in other regions of Japan.

Suzuki, for its part, is looking at potentially adding eVTOL aircraft to its business line-up which already includes cars, motorcycles and outboard motors.

Pie in the sky?

While it may seem like the stuff of science fiction, a number of major players in the automotive industry are taking eVTOL aircraft and flying cars quite seriously.

In 2021, Hyundai's European boss Michael Cole said that thanks to advances in lightweight materials and improvements in electric motor and battery efficiency, "urban air mobility" will arrive "in the latter part of this decade".

His comments followed the unveiling of the SA-1, an eVTOL quad-copter developed by Hyundai's subsidiary, the eVTOL firm Supernal, alongside the ride-hailing company Uber. The vehicle, the companies claim, is capable of transporting four passengers and a pilot over distances of up to 100km at speeds of up to 290km/h.

Supernal (and thus Hyundai) also holds a significant share in the British eVTOL infrastructure company Urban-Air Port which plans to open 200 flying taxi and cargo drone hubs in 65 cities globally over the next five years. The first of these "verti-ports" is due to open in Coventry this year.

Italdesign (a subsidiary of Audi) is collaborating too with aircraft manufacturer Airbus when it comes to electric air mobility and has designed (though not built) an autonomous flying taxi concept called the Pop.Up Next. Toyota has also filed patents for a dual-mode car which can transition from a road car into a light eVTOL aircraft. Other interested firms include Daimler which has invested some €25 million in the German firm Volocopter to develop a two-seater eVTOL aircraft.

Though some of these designs may seem fanciful (particularly the Pop.Up Next and Toyota's effort) vehicles such as Hyundai's SA-1 and Renault's recent take on a flying version of its classic R4 prove that quad-copter eVTOL technology, despite still being in its early stages, does at least show some technical feasibility, with the next hurdle to overcome being regulatory approval from aviation authorities.

As well as car companies, a vast number of other technology firms are currently working in the area of eVTOL aircraft, an industry which, according to the consultancy firm Morgan Stanley, is set to be worth $1.5 trillion by 2040.