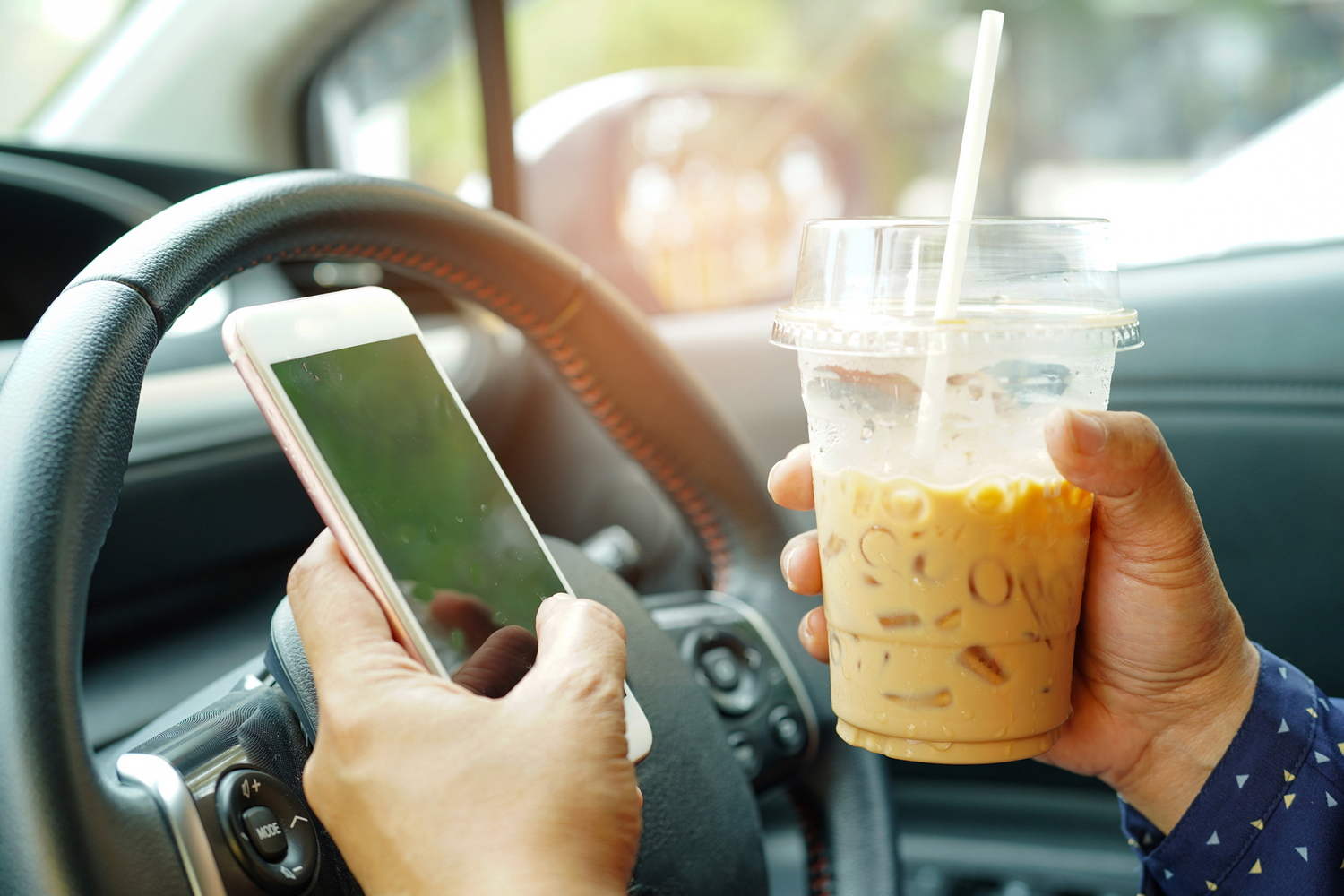 Kids, food, even hair-brushing is keeping drivers' eyes off the road, according to the AA.

We're used to many a dire warning about using our mobile phones when driving, and the dangers of becoming distracted behind the wheel. However, according to data from the AA, it's far from only our phones that are taking our minds off the driving task at hand.

Texting and surfing the net

In a poll of 5,000 Irish drivers, 12 per cent admitted to using a mobile phone when driving. Nine per cent said that they'd sent a text message while at the wheel, and six per cent have looked up stuff on the internet.

That might be, you'd think, bad enough - but it's a lot less than the 52 per cent who find their own children a distraction while driving. Or the 54 per cent who eat or drink while in the right-hand seat. Or even the 32 per cent who say that they regularly get distracted by a 'back seat driver.'

"Driver distraction is any activity that causes you to take your eyes, hands or mind away from driving. When distracted, your reaction time can double, which significantly increases your chance of having a collision. While you can't control distractions outside your vehicle, you can control what goes on inside," says Anna Cullen from AA Ireland.

According to the AA's data, motorists admitted to being a back-seat driver with someone they rated as a poor driver (50 per cent), a driver they know to be inexperienced (43 per cent), their spouse or partner (32 per cent) and least likely with a parent (20 per cent).

"While you might be trying to help, you most likely are not. You are potentially causing the driver to take their eyes off the road, causing them to do more sudden manoeuvres and generally sending their frustration levels through the roof," says Cullen. "Unless it's an emergency, our advice is to stay silent, push your foot on that imaginary brake pedal if you need to and then offer your advice once you've pulled in."

When it comes to kids, 52 per cent find them distracting, while 28 per cent say they're only rarely a problem, though 22 per cent never find them distracting. "Kids can be very distracting when you're driving. Driving takes total concentration so if you are having difficulty then we encourage all drivers to indicate and pull into the hard shoulder or a suitable space at the side of the road if a child in the back of the car requires urgent assistance," says Cullen.

Eating and drinking (non-alcoholic drinks) while driving also proves to be pretty popular, with more than half of all Irish drivers saying that they regularly munch while behind the wheel. Personal grooming is also an issue - three per cent admitted to brushing their hair while driving, two per cent admitted to putting on make-up and one per cent flossed their teeth. It's worth reminding you that, at 100km/h, a car will travel over 55 metres in just two seconds. And it takes two minutes to brush your teeth...