BMW M5 is fastest saloon at the 'Ring 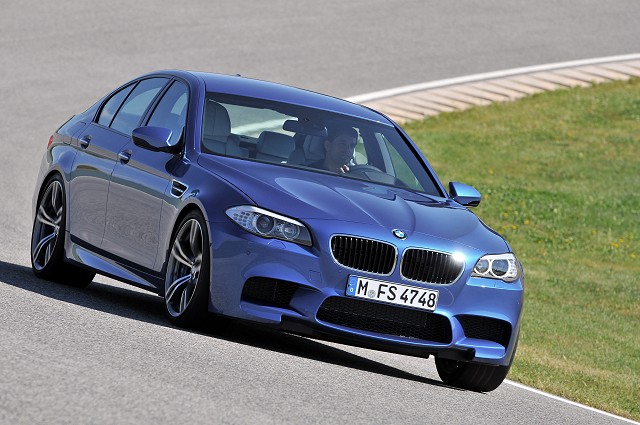 Unofficial reports suggest that the new BMW M5 will easily take the 'fastest saloon' crown at the Nurburgring.

There was no official timing gear strapped to the new BMW M5 when it took to the Nürburgring at the M Festival, but those in the know say it is a whole 18 seconds faster on a lap than the old model. This is enough to set a new lap record for saloon cars at the German circuit - though the 7 minutes 55 seconds lap has not been officially recorded.

The twin-turbo 4.4-litre V8 engine in the new M5 has 544hp on tap to help it join a select group of saloons that can dip under the eight-minute barrier. This group includes the Porsche Panamera Turbo, Cadillac CTS-V and Audi RS4.

BMW has also unveiled its new Ring Taxi, where passengers can be driven around the Nürburgring at full tilt in an M5. Nicknamed the "world's fastest taxi ride", the Ring Taxi costs €195 and the fleet of M3s currently in use will be replaced by M5s in due course.