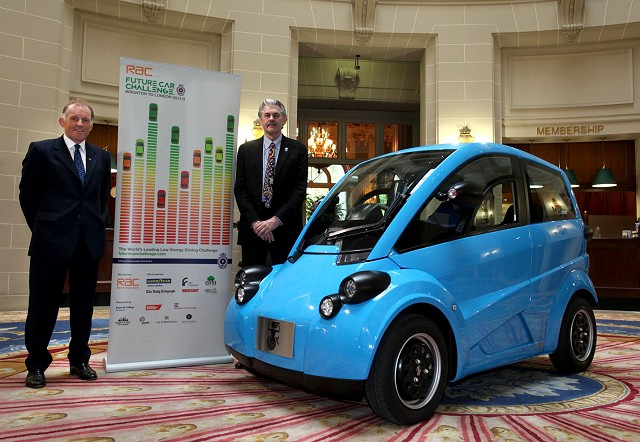 Gordon Murray reckons his new T.27 is the world's most efficient electric car.

The Gordon Murray designed T.27 has been unveiled and is being billed as the world's most efficient electric car.

A unique integrated powertrain uses a 25kW electric motor and lithium-ion battery to offer 0-100km/h in less than 15 seconds and a top speed of 105km/h. Driven in a more conservative manner, Gordon Murray Design says the T.27 is capable of up to 210 kilometres on a single charge.

Gordon Murray Design is currently in talks with three major manufacturers about bringing the T.27 to full production. The car will take to the road for the first time in November in the RAC's Future Car Challenge that runs from London to Brighton in England on 5 November.