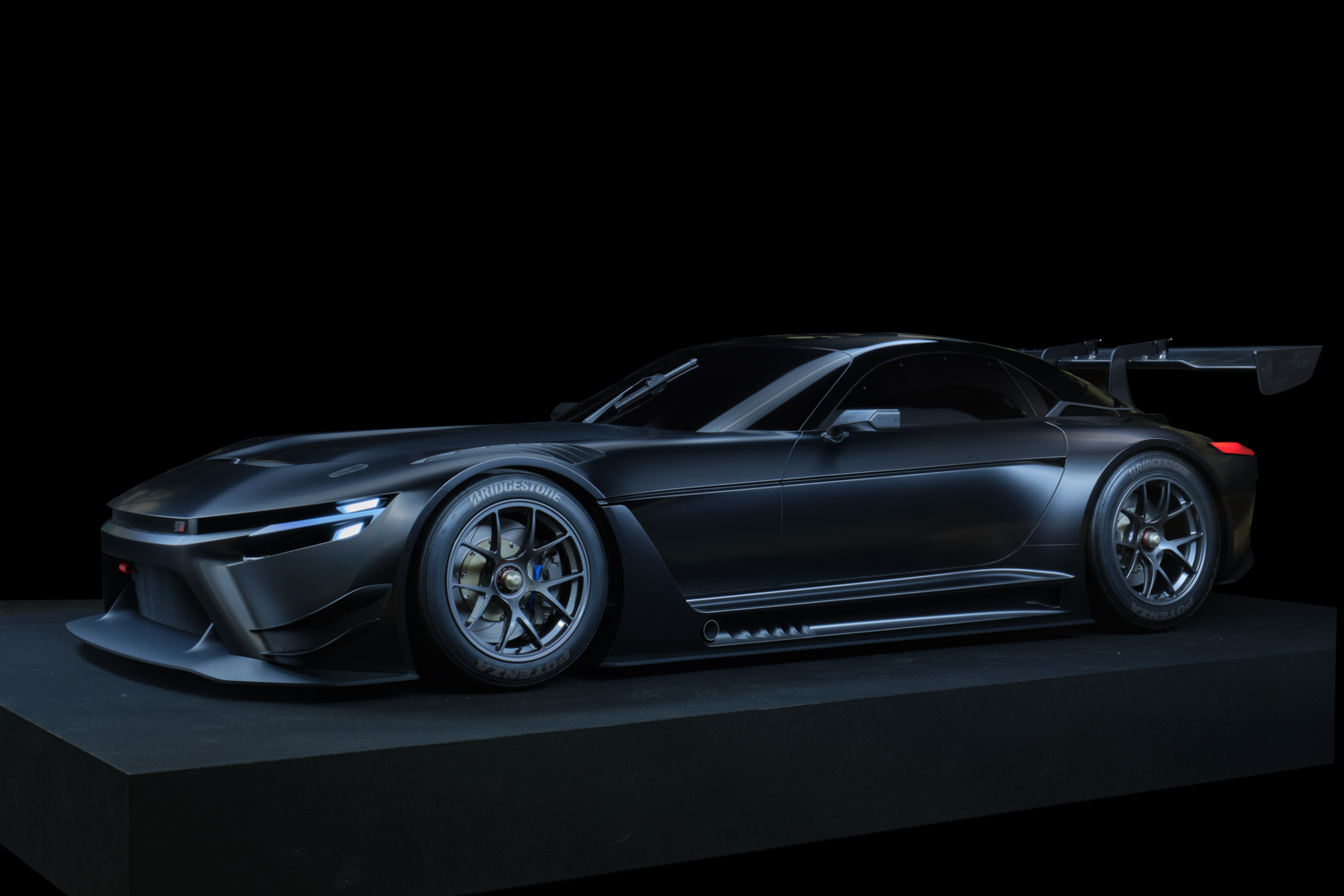 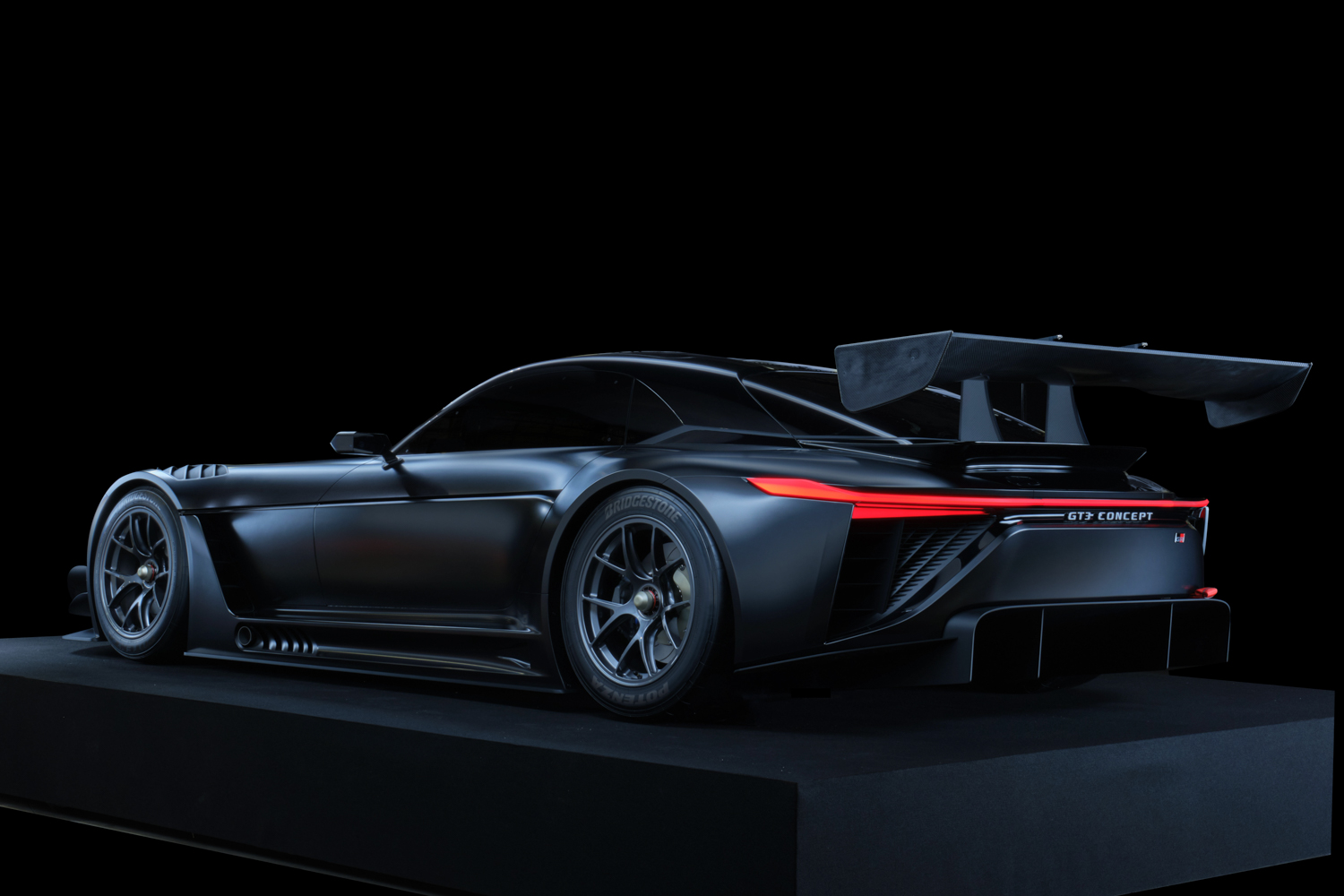 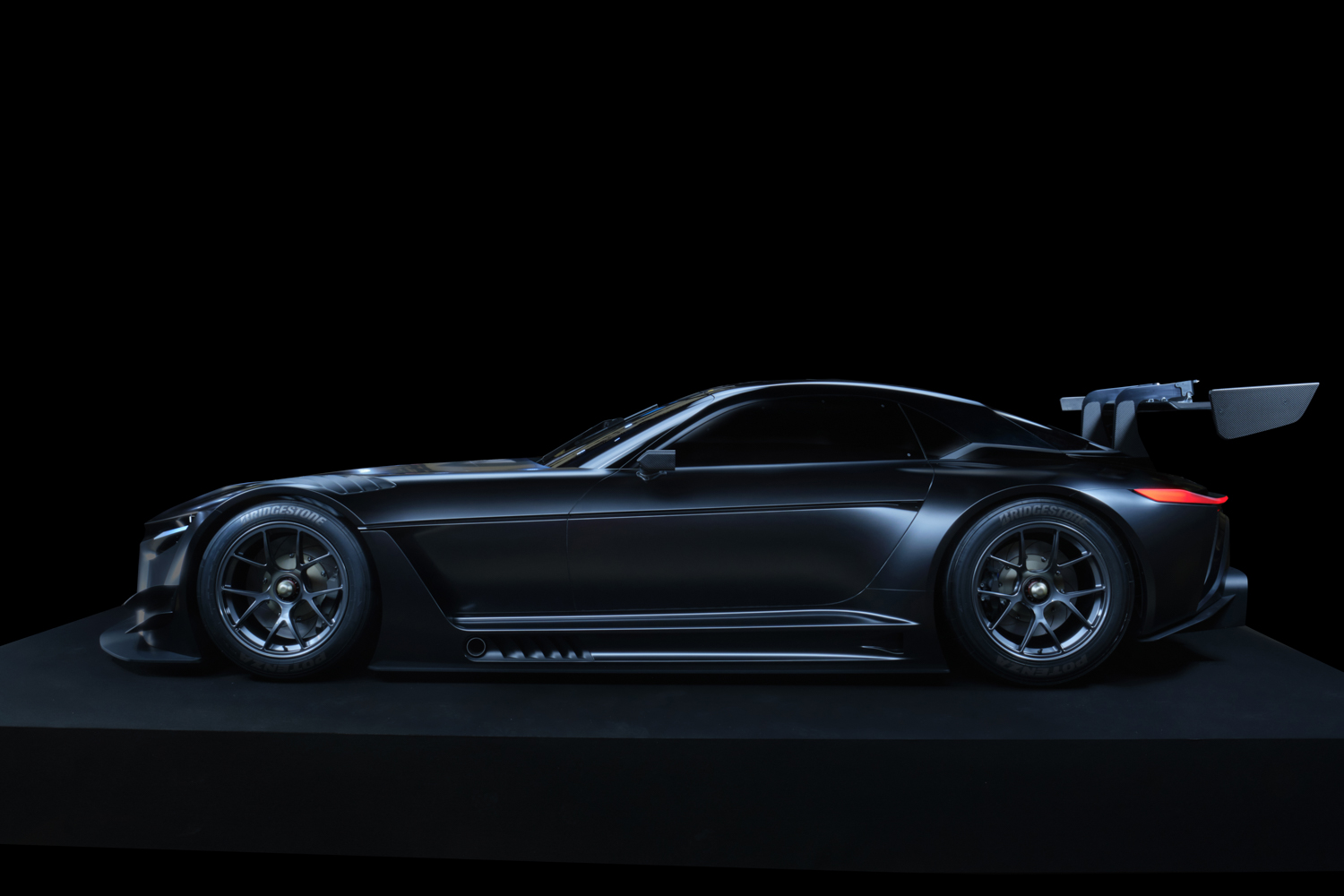 New Toyota, not based on a road car, could preview a Le Mans GT assault.

Look carefully at the Toyota GR GT3 Concept, as unveiled in Tokyo today, and you might find the faintest, tiniest shred of similarity to the Supra coupe. There's a minuscule hint of the Supra in the windscreen pillar and the top part of the roof, but to be honest, it's probably just a coincidence - as far as we can tell, and as far as Toyota is prepared to currently say, the front-engined GR GT3 Concept is a bespoke racing car.

Clearly, it's aiming Toyota - and/or customer teams - towards an assault on the Le Mans GT category, which in 2024 will switch from its current (very expensive) LM GTE regulations to (more affordable) GT3 regs. That will dramatically open out the GT category in the world's most famous endurance race. Currently, only Porsche, Ferrari, and Corvette build cars to GTE specification. GT3 regs, which run in both national and international championships, already include entries from Porsche, Ferrari, McLaren, Mercedes, Lamborghini, BMW, Corvette, Audi, Aston Martin, and Bentley.

Doubtless, Toyota fancies having a go at dominating Le Mans' road-based racing category, just as it has recently dominated the top-class LMP1 and LMH prototypes. However, there may be a trip-wire in this. In theory, GT3 cars have to be based on production vehicles, and at least 20 of those must be offered for retail sale. Now, there have been loopholes in the past, allowing the likes of Glickenhaus and the Renault RS.01 to compete in GT3, but those loopholes were opened either for specific events or for national championships. If Toyota wants to take on a full World Endurance Championship campaign with this GR GT3, then it might have some issues.

Possibly, those issues might be sidestepped by actually following the homologation rules and making at least 20 road-going versions of the GR GT3. That would be a horrendously expensive endeavour, but cash-rich Toyota is almost uniquely placed in being well able to afford such a thing. Would the road-going version be an up-gunned Supra? Or a fully bespoke machine? Quite simply, Toyota isn't saying for now.

What it will say is that the GR GT3 prototype is being developed: "to further accelerate customer motorsports activities to make the world of motorsports sustainable. Promoting "driver first" car development and with a desire to provide attractive cars that customers participating in GT3, which is the pinnacle of customer motorsports, would choose, TGR has unveiled the GR GT3 Concept. As was the case with the GR Yaris, by commercialising motorsports cars rather than simply adapting production vehicles for use in motorsports, TGR intends to use feedback and technologies refined through participation in various motorsports activities to develop both GT3 and mass-production cars and further promote making ever-better motorsports-bred cars."

We'll just have to wait until Toyota gives us further details on the car, but whatever the thinking behind it, this is one we can't wait to see unleashed on the world's racing tracks.