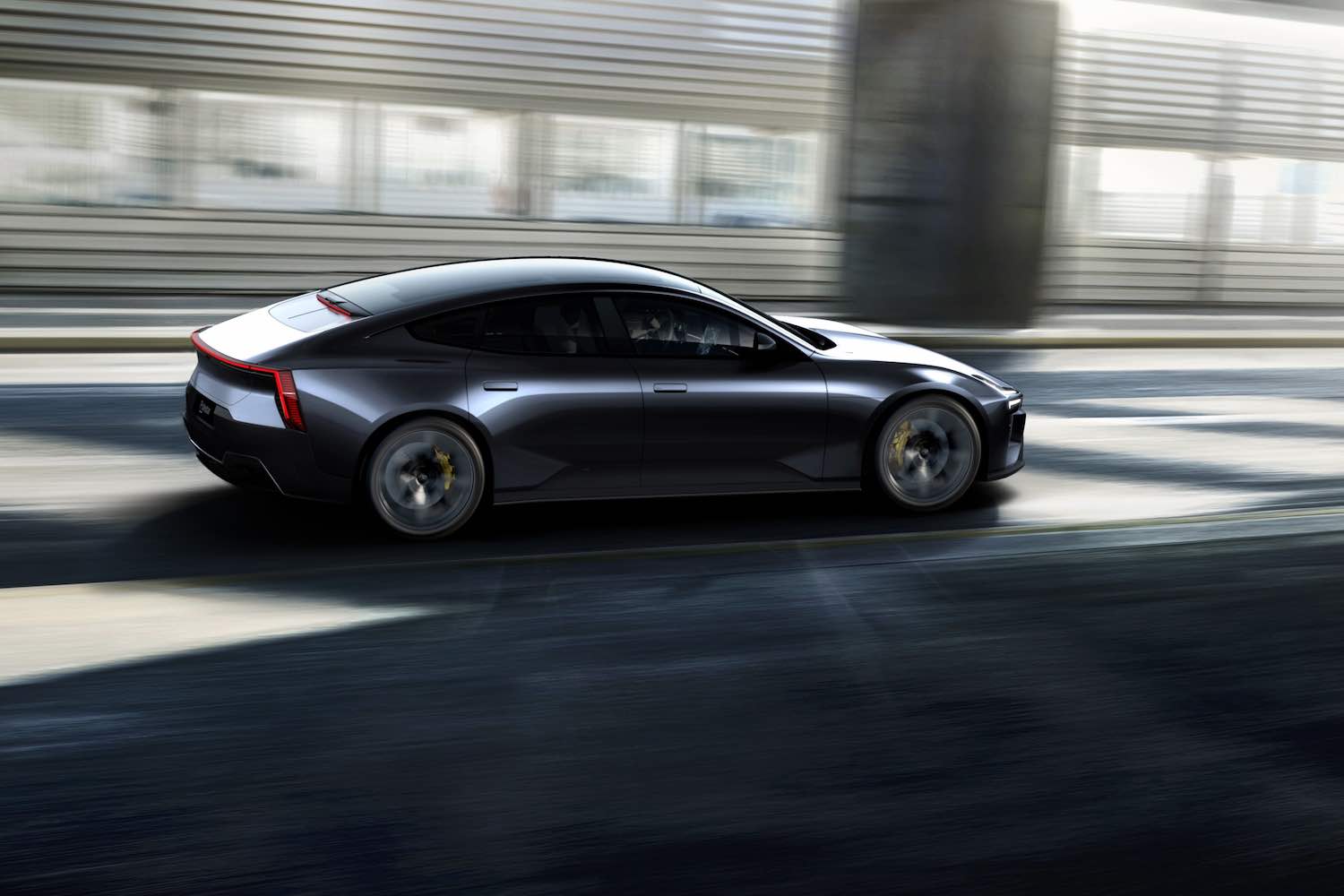 The design of one of Polestar’s upcoming models has been previewed in a new web series.

Swedish company Polestar has previewed the design of its upcoming Polestar 5 model in the latest episode of its web series Precept: from Concept to Car.

The series takes a look behind the scenes of the design process at Polestar as the company takes its well-received Precept concept and attempts to transform the design into that of an all-electric production car.

Originally slated to make its debut at the Geneva Motor Show in 2020, despite the show being cancelled, Polestar unveiled the sharp-nosed four-door saloon concept in an online event. Judging by the latest video from the company, little has changed in the overall design.

Gone are the camera modules on the side replaced by conventional side mirrors. The treatment of the grille too is a little different, possibly to allow some extra venting or the installation of new radar, sensor or camera technology. What remains, however, are many of the original concept's best features including that muscular four-door GT shape, the large, long panoramic glass roof and the sleek aeroblade tail lights.

The video includes an interview with the exterior designer, Nahum Escobedo, and features clips from meetings and discussions between Escobedo and other designers as they tweak this and change that to bring the Precept concept closer to real-world execution.

According to Polestar's CEO, Thomas Ingenlath:

"With the Precept documentary series we are intentionally doing something car companies usually don't - going behind the scenes with transparency as we turn this stunning concept car into production reality. It makes me very proud to see how much of the concept car's design is making it into the Polestar 5 - a great achievement by our designers and engineers alike."

Though no specific details are given about the interior, given what Polestar has said recently about the ethical use of interior materials being part of its sustainability push, it's likely that it'll contain the same emphasis on natural fibres and recycled materials as the concept.

Founded in 2017 as a standalone brand by Volvo and its parent company, Geely, a Chinese conglomerate, Polestar currently produces two models, a plug-in hybrid coupé, the Polestar 1 and a high-riding electric saloon, the Polestar 2. The company plans to launch a third model, the Polestar 3, a small SUV, in 2022.

The push to create the latest pre-production concept as seen in the video comes as Polestar prepares to make a public listing on the Nasdaq stock exchange in early December.

Potential buyers still have a while to wait for the Polestar 5 though - it's not expected to hit showrooms until 2024.