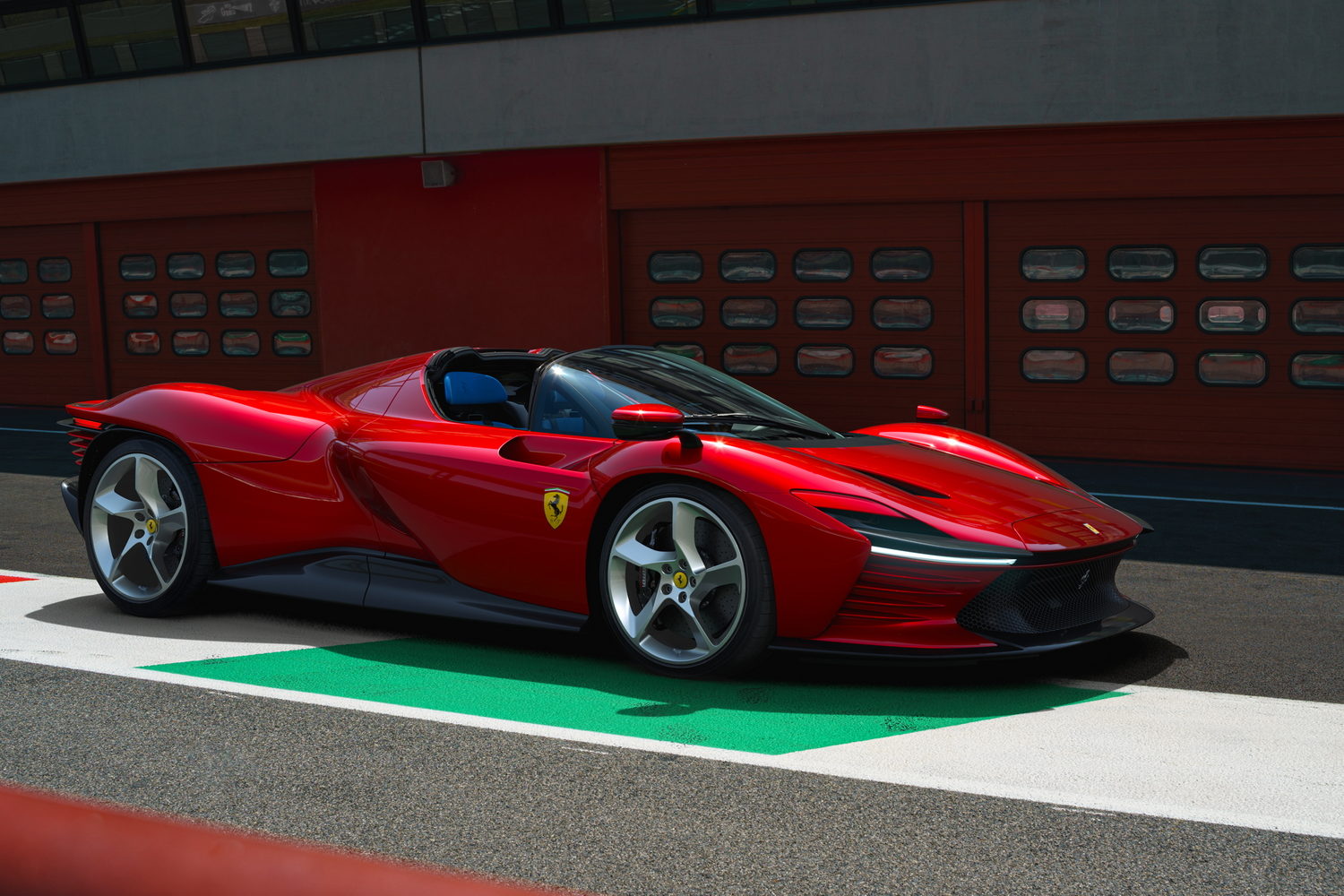 Ferrari has revealed its new 'Icona' model, the 2022 Daytona SP3.

Ferrari took the wraps off its new Daytona SP3 today at the Mugello circuit in Italy as part of the 2021 Ferrari Finali Mondiali event. Following on from the Monza SP1 and SP2, the new supercar is part of the 'Icona' (icon) series and is strongly influenced by Ferrari sports car racers from the late sixties, such as the 330 P3/4. Despite that, the Daytona SP3 features cutting edge aerodynamics and more.

Interplay of aero and style

Inspiration for the shape and stance of the Daytona SP3 clearly comes from Ferrari's race cars from the 1960s. Witness the muscular wheelarch designs, the pinched waist and the wraparound windscreen, mixed with a low nose and full-width rear spoiler.

However, the detail design of the new car is on a different league to its forebears, as Ferrari's aerodynamicists worked closely with Chief Design Officer Flavio Manzoni and his team, using many lessons learned from Formula One.

Interestingly, though there was no reason to avoid active aerodynamics, as there might be in motorsport, Ferrari sought to do without, and the result is a car that it claims is the most aerodynamically efficient it has ever created in this manner.

A major point of focus was controlling the flow of hot air from the various radiators. Some of the solutions used are partially visible, such as unusual intake air boxes in the doors. The exterior mirrors were moved to the front wings to allow those work as intended, and the flat-sided door panels work just like barge boards on a F1 racer.

The front of the Daytona SP3 neatly hides various air ducting that increases downforce and reduces drag, while the headlights have mobile elements that hark back to pop-up lamps of the past.

Viewed from the rear, the Daytona SP3's haunches are at their most obvious, though that retro design cue is mixed with a distinctive straked style for the back, incorporating the super-slender lights, mid-mounted exhaust outlets and lots of aerodynamic cleverness.

Just ahead of that is a feature Ferrari is particularly proud of, but which is barely visible. The louvres at the tops of the rear wings cover vertical 'chimneys' that join the top and bottom surfaces of the car. Air flows from the underside up through the ducts to the top of the chimneys with massive aerodynamic advantages claimed by Ferrari.

Look closer and you'll spot that the central 'backbone' smoothly encompasses air inlets and outlets, while allowing a peek at the mighty engine underneath, too.

Ferrari quotes a dry weight of just 1,485kg for the Daytona SP thanks in part to its carbon construction. The weight is biased towards the rear in a 44:56 split.

The cabin of the Daytona SP3 has been inspired by Ferrari's past, too, in terms of its minimised appearance and the fact that the seats are fixed to the chassis. This allows them to be set lower down, while the headrests are separated from the rest of the seat. The pedals and steering wheel can be adjusted to allow for different drivers.

Most controls are sited on the wheel, as is Ferrari's way, and there's a single large digital screen ahead of the wheel to display all information. The butterfly doors open dramatically and there's a removable targa-style hardtop as well for top-off motoring.

Too late if you want one

Though Ferrari will produce 599 examples of the Daytona SP3, they're already accounted for by buyers willing to part with the equivalent of €2 million in Italy. The first 499 are going to existing owners of the Monza SP1 and SP2.